There are many people who dream of having their name adorn the bonnet of a long, sculpted sports car, but very few actually realise this vision.

But for David Brown, successful businessman and son of DJB Engineering founder, the ability to stand and stare at the family name carefully embossed into an enamel emblem is a reality that faces him every day.

Yet the idea to take on the likes of Bentley and Rolls-Royce was born not out of a desire to make money but from a frustration with classic cars. 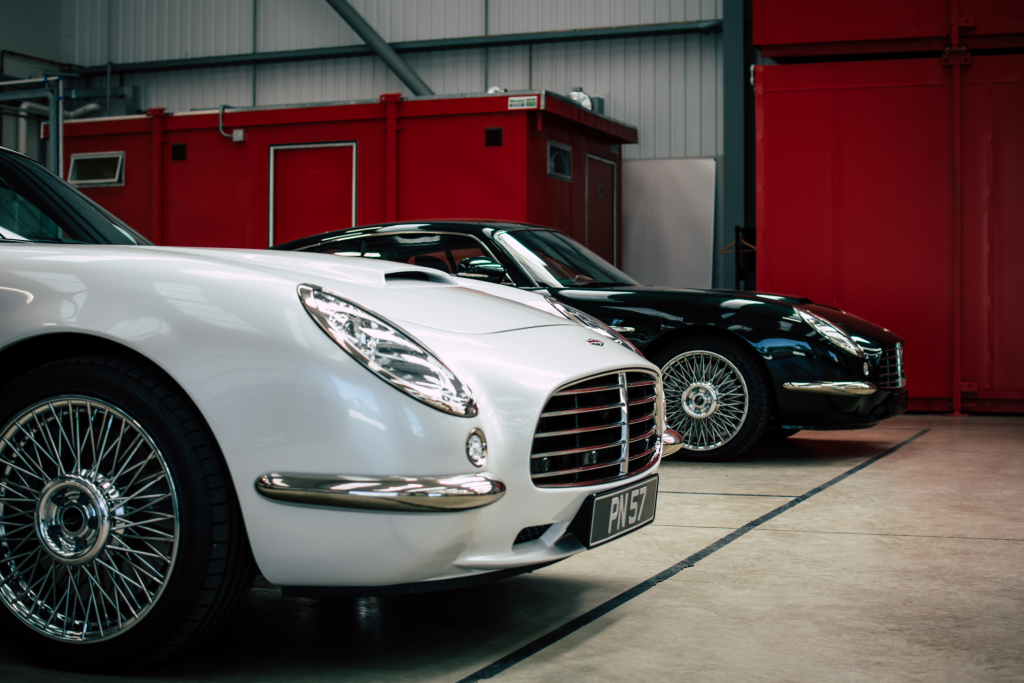 “David borrowed his friend’s Ferrari Daytona to compete in a rally through France and he was understandably excited, but it didn’t exactly go to plan,” explains Philip Dymoke-Grainger, the man behind marketing and communications for the brand.

The story concludes with said Ferrari quite predictably refusing to proceed, David hiring the cheapest hire car he could find and finishing the rally, only to have myriad competitors offer him their classic wheels, partly out of pity but mostly because their buttocks needed a rest.

“Even if the price tag and end result isn’t to your tastes, it’s difficult not to be impressed by the craftsmanship on display”

“Classic cars are undeniably beautiful but sometimes customers want something that looks great but actually works. A vehicle that has a stereo and air conditioning and a sat nav,” explains Dymoke-Grainger. 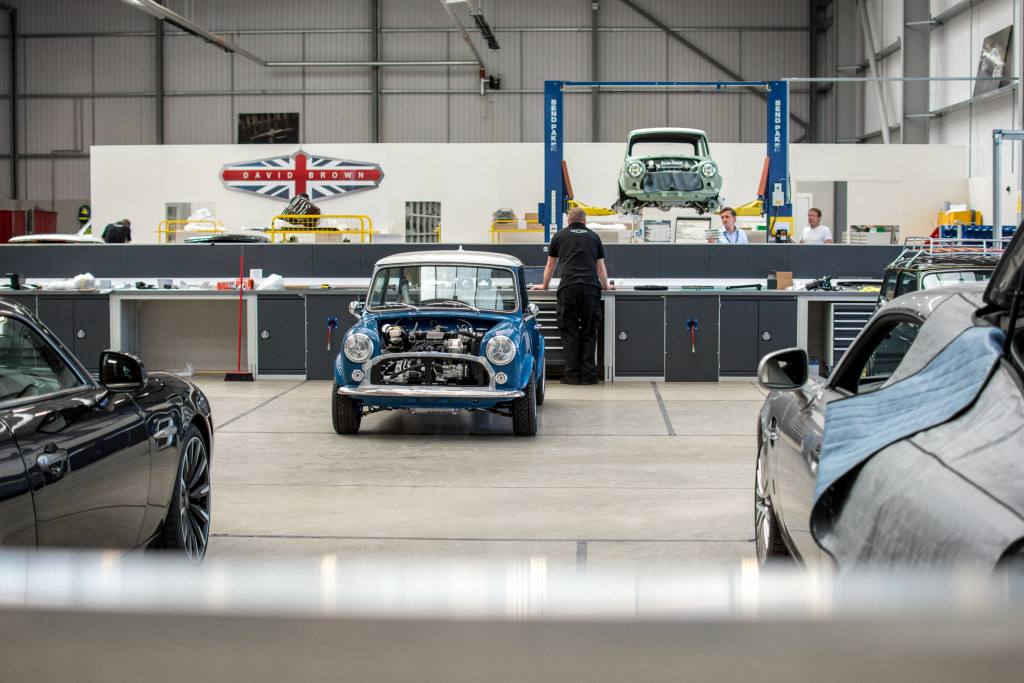 And so David Brown set about making his own machines that would incorporate classic styling, traditional craftsmanship and scintillating performance but would also feature a comfortable ride and plenty of mod cons.

However, in doing so, he piqued the interest of friends, who persuaded him to put his creation into production so they could enjoy a slice of the pie.

The result is the Speedback GT: a highly customisable grand tourer that is based on Jaguar XKR underpinnings, boasts the British marque’s supercharged 5.0-litre V8 and borrows much of its infotainment system and switchgear. 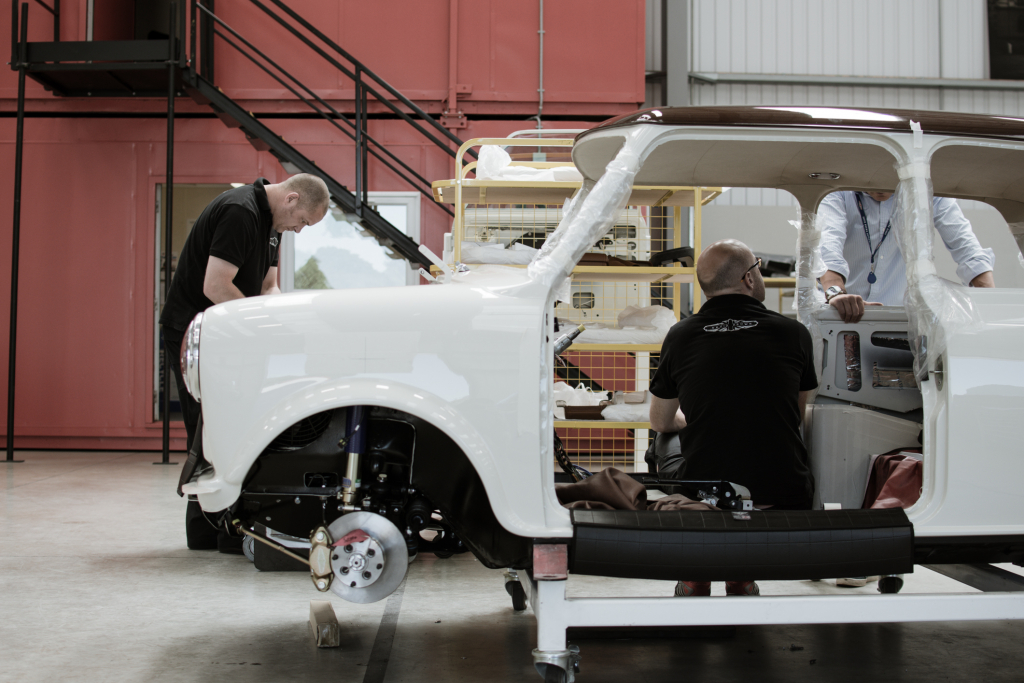 It’s easy to see why naysayers baulk at the £744k price tag but a whistle stop tour of the facility speaks volumes of the craftsmanship and man hours that are invested into each and every creation.

David Brown Automotive receives only a body in white from Jaguar (as well as the engine and drivetrain) but then begins the arduous process of hand rolling each and every aluminium body panel, introducing its own lights, fascias and badging and completely overhauling the interior.

The idea is to create a vehicle that packs oodles of 1960s and 70s charm but features all of the modern technology and comfortable drive that any discerning buyer expects. 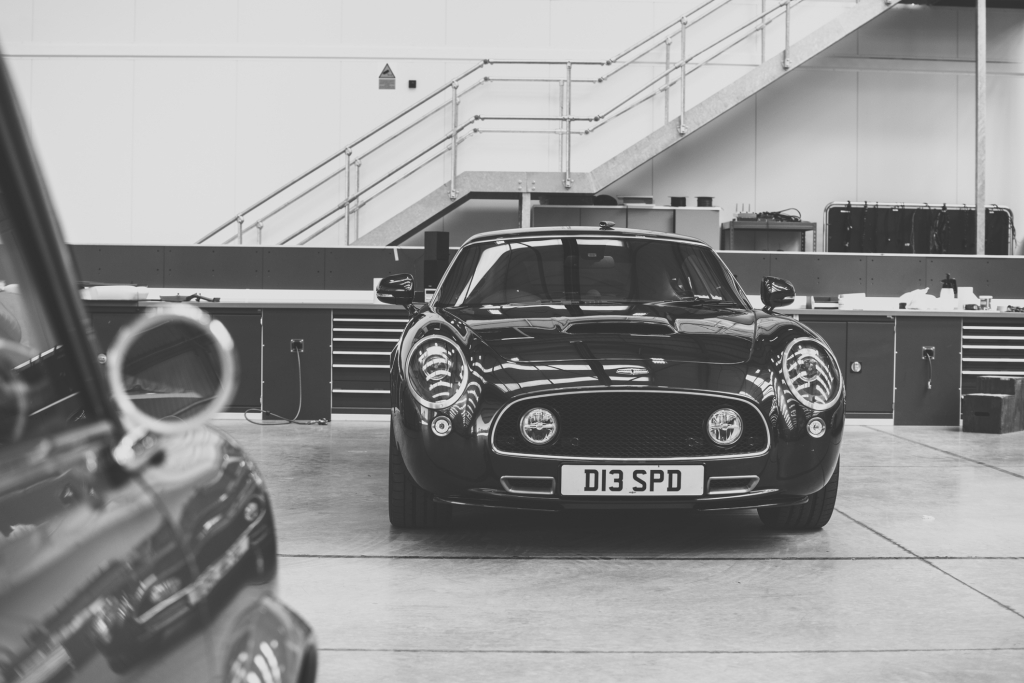 Alas, due to the extremely bespoke nature of every vehicle, some of the specification can be a little wild (pearl white exterior with lime green leather, anyone?) but then similar crimes against decency have been committed by Bentley and Rolls-Royce.

The fact of the matter is, the customer can choose between numerous hides, wooden inlays for the dash and exterior paint schemes, which are truly bespoke, rather than selected from a ‘bespoke’ list.

“In a world where modern Ferraris and Lamborghinis now feel distinctly homogenous, the ultra-rich are constantly on the lookout for ways to be original”

Neat touches, such as the billet aluminium rotary switches and the folding event seating from the boot, only add to the quirkiness and charm of the Speedback GT. 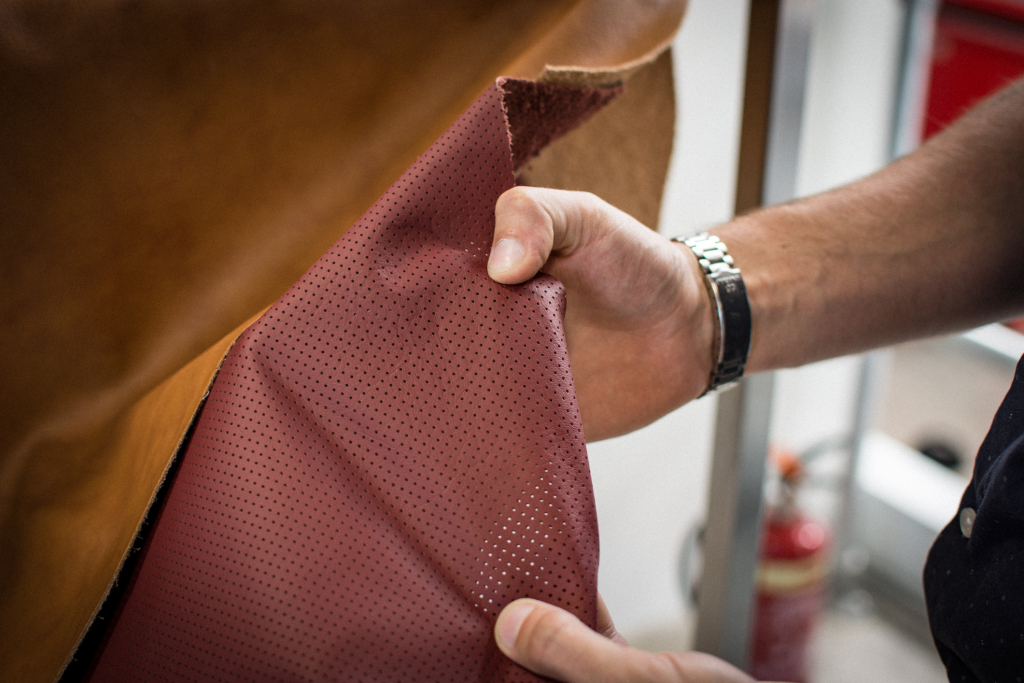 Those looking for a slightly harder edge to their vehicle can turn towards a new Silverstone Edition, which adds a plethora of gloss, black touches, black alloys, special stitched badging inside and an engine tuning programme that sees power up to 601bhp.

It is a menace and it is this model that we were lucky enough to take for a quick spin on our recent visit. First impressions suggest it successfully nails the grand tourer brief but adds a raw edge to keep drivers on their toes.

The staggering 601bhp (pumped through the rear wheels no less) is enough to sate any thirst for power but David Brown has deliberately tuned the ride to be pliant and cosseting. It’s a curious mix of old XKR, Bentley Continental GT and snarling F-Type. 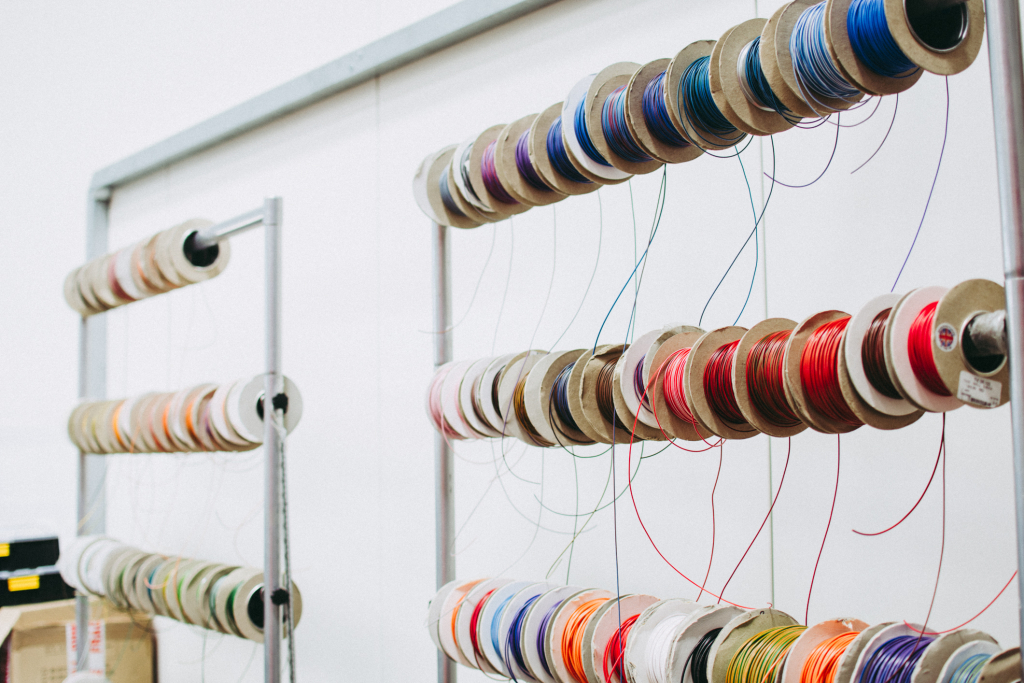 Granted, much of the old Jaguar switchgear is recognisable throughout the cabin and the infotainment feels very last generation, but it all works and getting hung up on old tech is missing the point somewhat.

Punters buy this car to have passers-by gawping and inquisitive friends scratching their heads, not to tether smartphones and enjoy live weather updates.

The recipe has clearly been a hit, as David Brown Automotive swore to build just 100 examples of its Speedback GT and 13 have already been accounted for, with a number of other projects currently in build. 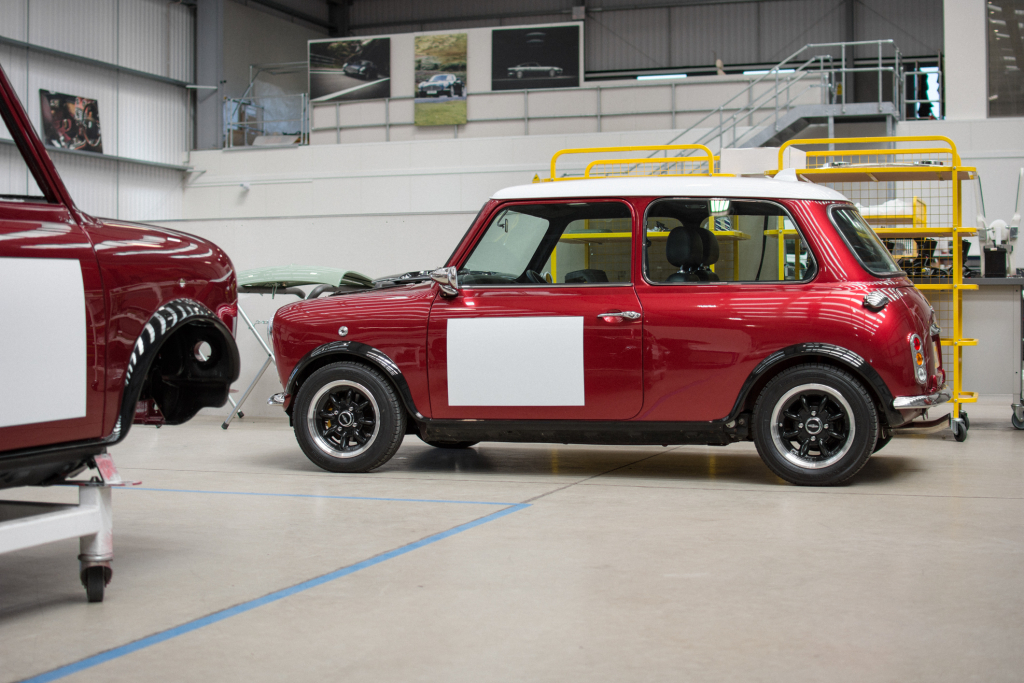 But rather than rest on its laurels and be known for creating just one extremely quirky, hand built sports car, David Brown Automotive has recently turned its attention to the business of overhauling classic Minis.

Unlike the Speedback GT, which uses brand new parts and technology, this process begins with a donor car and proceeds with a thorough rebuild of the original engine and gearbox.

“Punters buy this car to have passers-by gawping and inquisitive friends scratching their heads, not to tether smartphones and enjoy live weather updates”

The marque receives a brand new body shell because, and let’s be honest, the originals were prone to a spot of rust, but keeps the VIN number to make the registration, certification and taxing process much simpler. 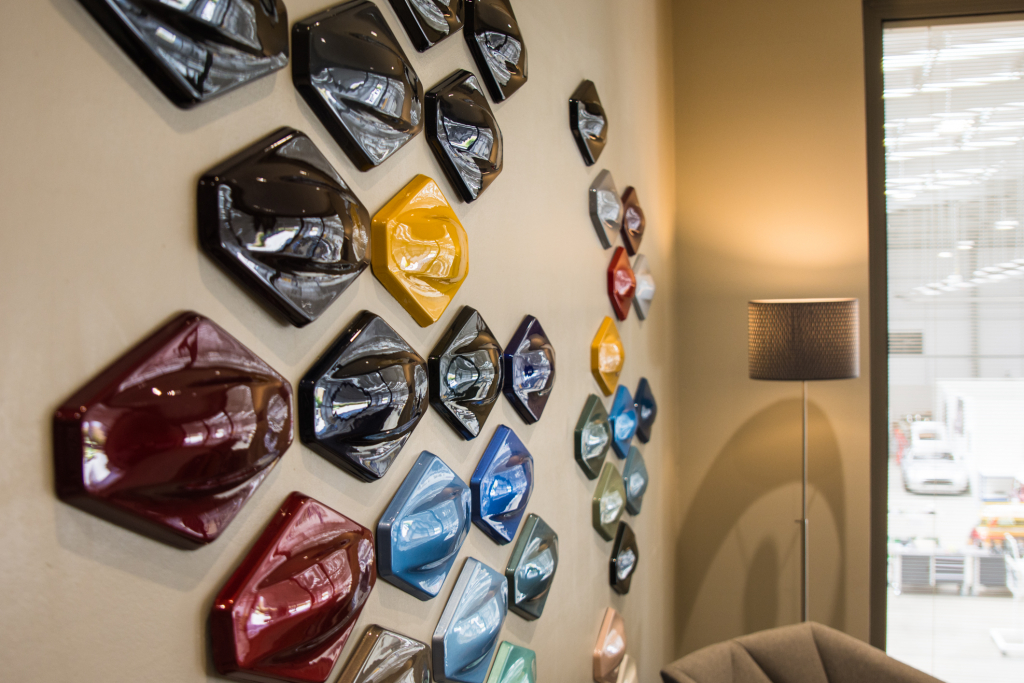 Inside, the vehicles receive a brand new fit and finish, modern infotainment systems and air conditioning, while the exterior receives flared wheel arches, bonnet straps (if you want them) and plenty more stylish additions.

It’s a similar customer experience to the Speedback GT but here, the process is more akin to something Singer might do with a Porsche 911 – starting with the shell of a classic but finishing with a vehicle that feels like it has just rolled off a modern production line.

And the cost for this retro-modern Issigonis masterpiece? That’ll be around £90,000 when you factor in taxes but the end result is nothing short of stunning to behold. 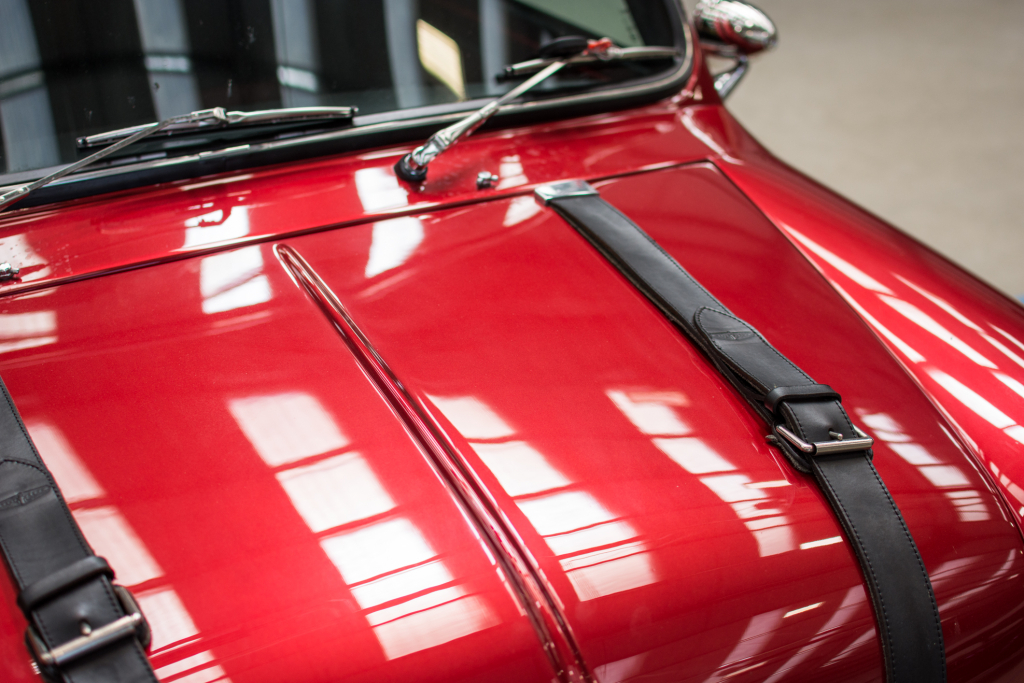 Dymoke-Grainger admits that demand for the Mini has already been greater than the company anticipated and it would come as no surprise if the company turns its attention to other British classics in the future.

Because in a world where modern Ferraris and Lamborghinis now feel distinctly homogenous, the ultra-rich are constantly on the lookout for ways to be original and stand out from the Monaco crowds.

As a result, traditional coach building appears to be on the rise, with Italdesign, Touring Superleggera and the recent Lancia Stratos revival gaining traction in the automotive world. 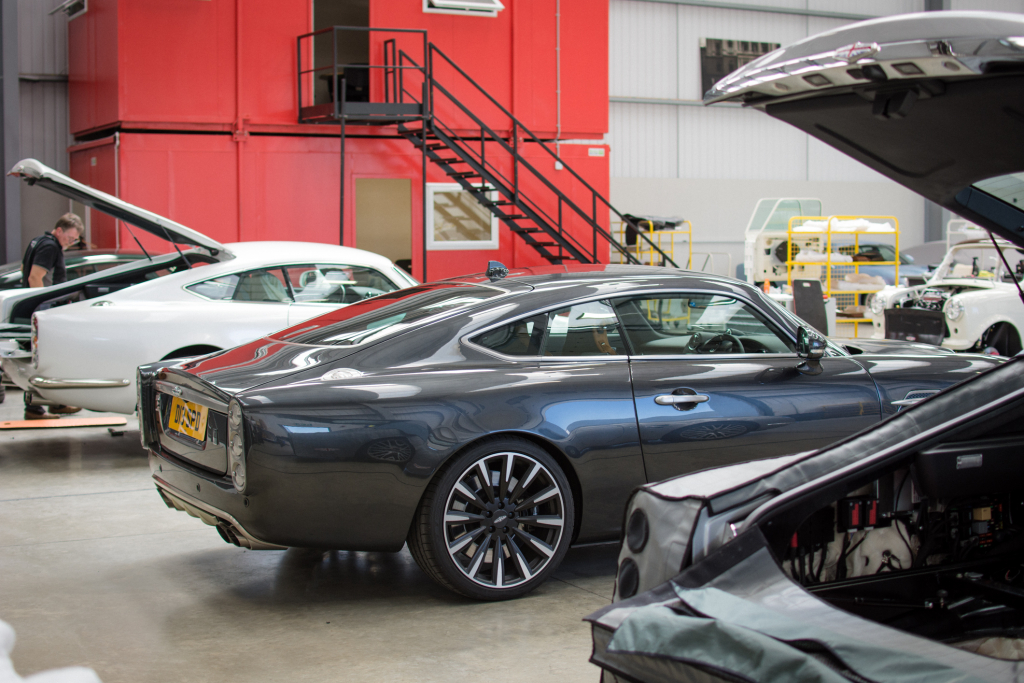 Even if the price tag and end result isn’t to your tastes, it’s difficult not to be impressed by the craftsmanship on display. Reviving and utilising traditional coach building methods offers an interesting alternative to the mass produced machines of this world.