The great thing about the car community is, despite the global reach, it can feel absolutely tiny at times. A chance meeting in a cafe led to this friend-of-a-friend putting us in touch with local classic car fiend Phill Brigstock, who had a story to tell.

Phill has just put the finishing touches on his book Dino Days, which goes into detail about Dino the man and Dino the car, but also offers an insight into one particular Rosso Red Ferrari Dino 246GT, affectionately known as 646 DRY. 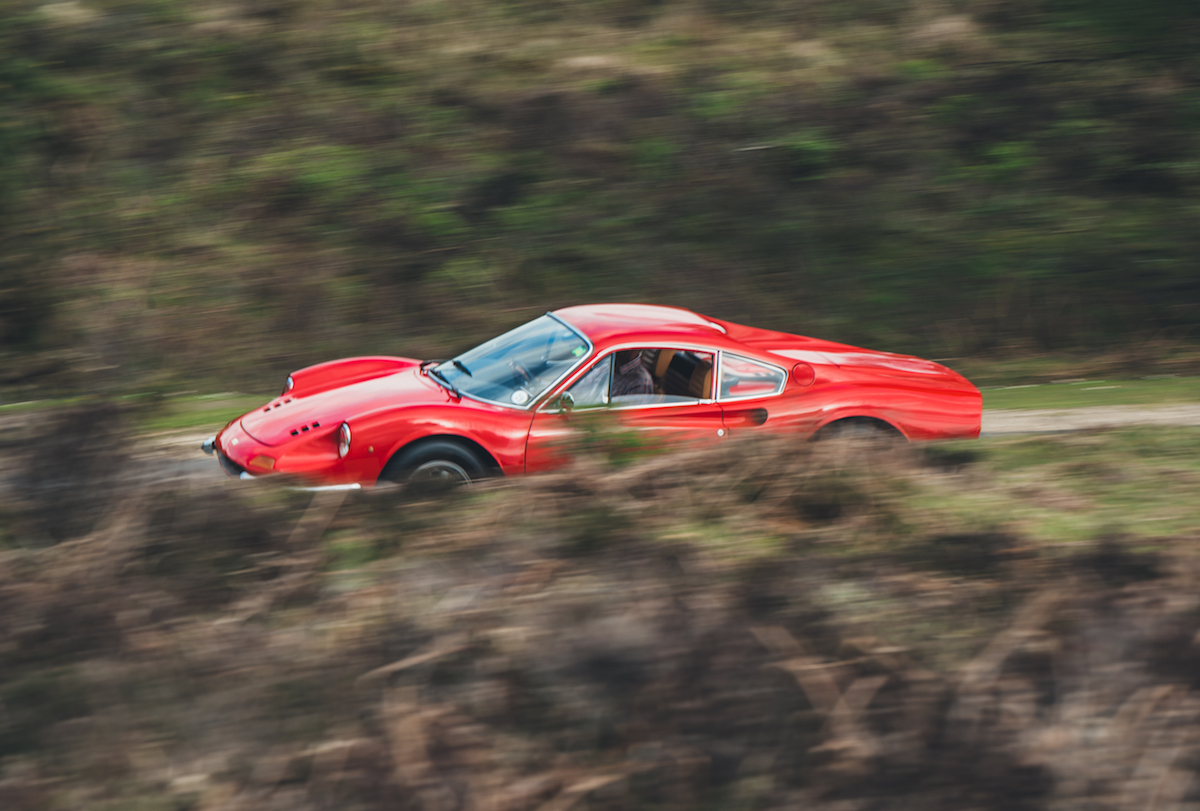 “I initially bought the Dino in 1992 and the first thing I did was enter it into a concours event with the Ferrari’s owner club and it won first in its class, so I knew I had something special.

“But like so many people, when my children came along five years later, I had to free up some cash and the Dino had to go. It felt like an immediate mistake and I always regretted it. 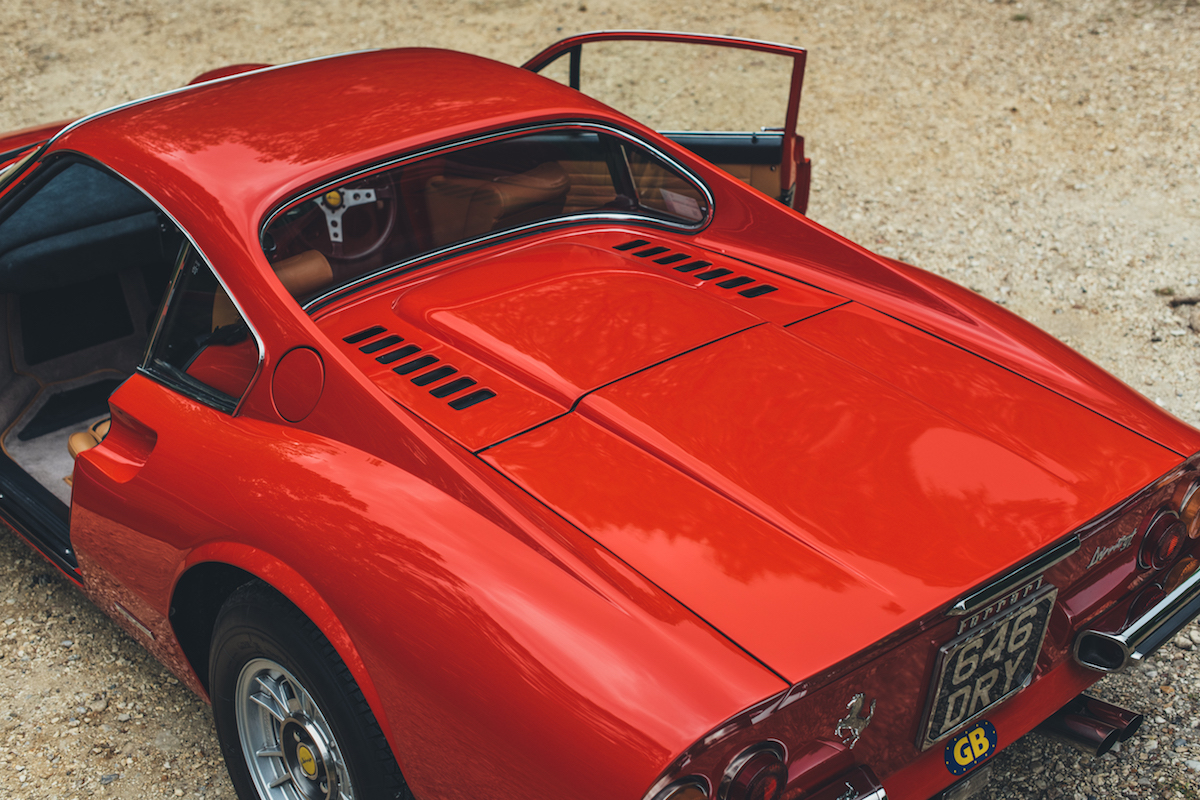 “Out of all of the cars I’ve had, it was the only one that niggled me afterwards,” explains Phill.

Amazingly, a chance peruse of a classic car auction revealed that Phill’s Dino was back on the market and he immediately had to get it back. “It cost me six times what I sold it for in 1997 but that is how classic car prices have gone and I am that stupid,” he adds. 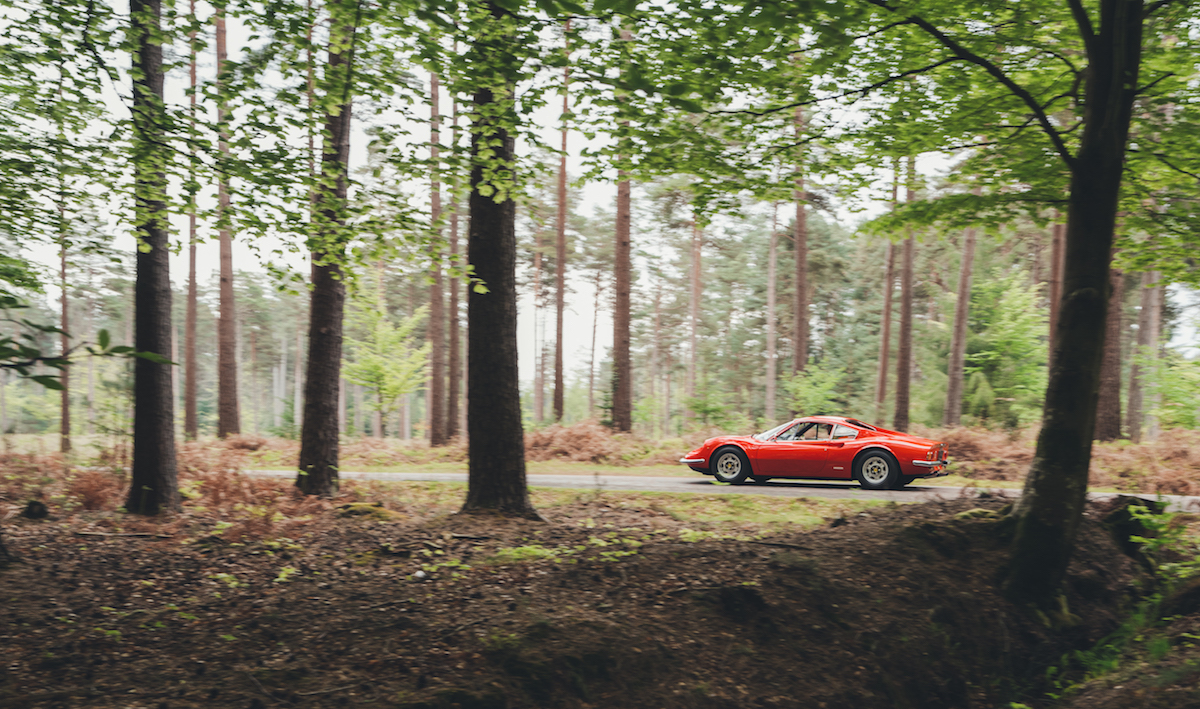 From the original deal, which involved a pawnbroker and an architect, to a once-in-a-lifetime road trip to the Dino’s spiritual home in Maranello, this 246GT (with the brilliantly apt chassis number of 07246), like so many classic cars, comes with a lifetime of stories.

But even to this day, the Dino feels extremely special and the sound of the 2.4-litre V6, the mastermind of Enzo’s son, is enough to have hairs standing on end as it climbs through the revs. 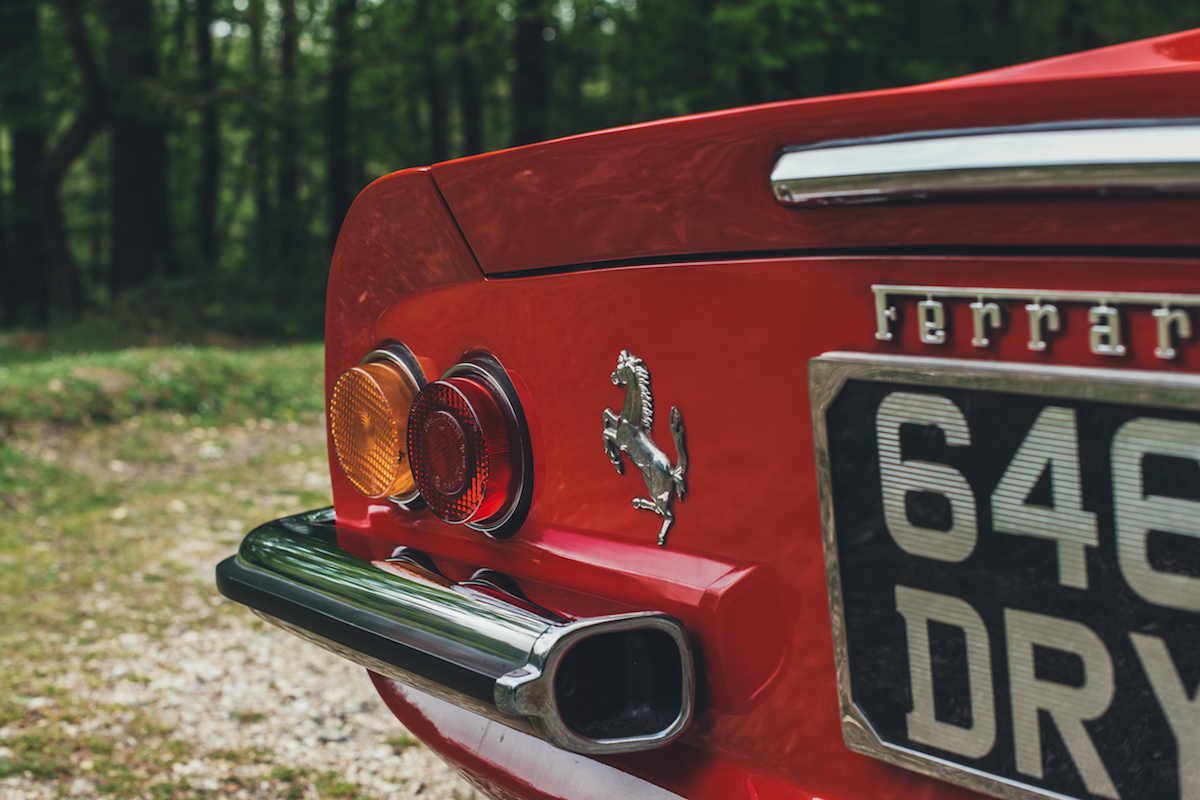 Granted, some believe that giving the six-cylinder road cars a Dino designation was applied in order to delineate the “baby” V6 cars from the purebred 12-cylinder cars and thereby separate these smaller vehicles from the larger V12s, but Phill disagrees.

“I’m convinced that Enzo would not have applied the Dino name to anything that he considered inferior and I believe Enzo was hugely proud of his lost son and the cars and engines that carry his name. 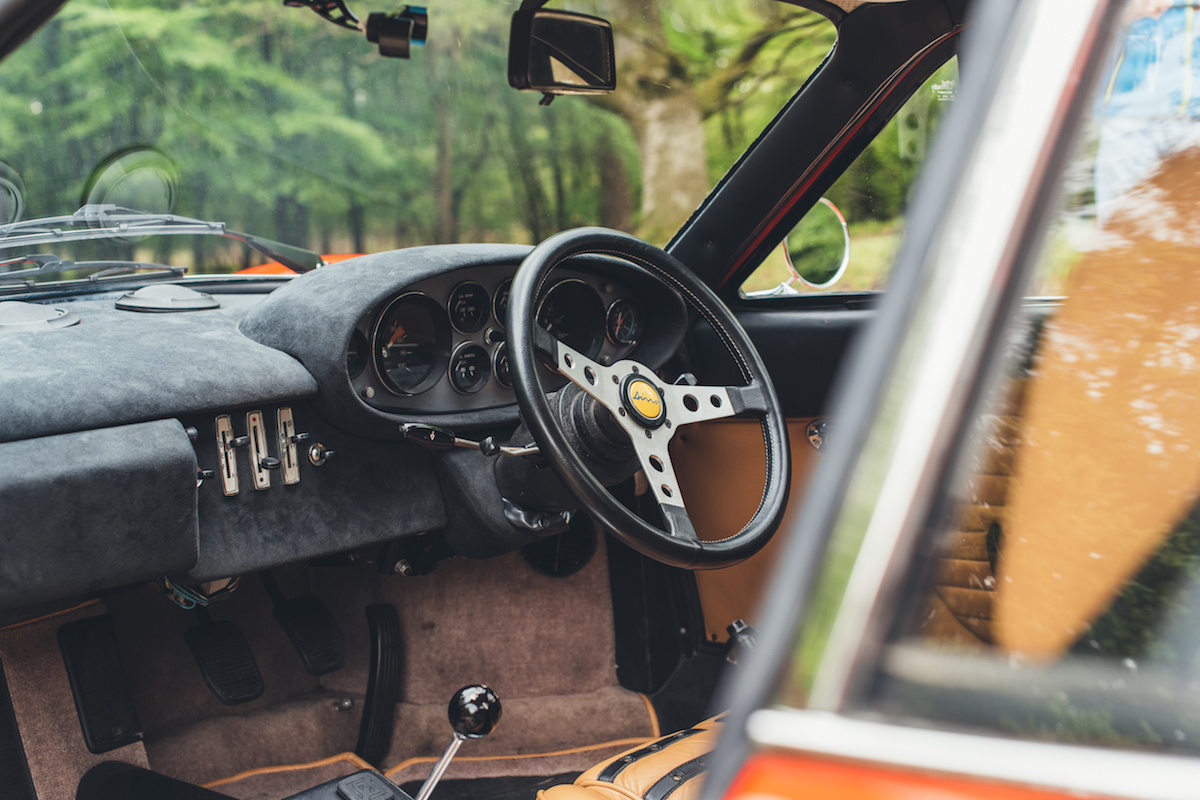 “It is this all-powerful love that elevates the early Dino models, the 206 and 246GT especially, from being yet another red sports car,” he adds.

With 18 careful owners over a 45-year period, Phill’s model has clearly had lots of time and money lavished upon it, but this isn’t just a vehicle that sits in a garage and remains unused. 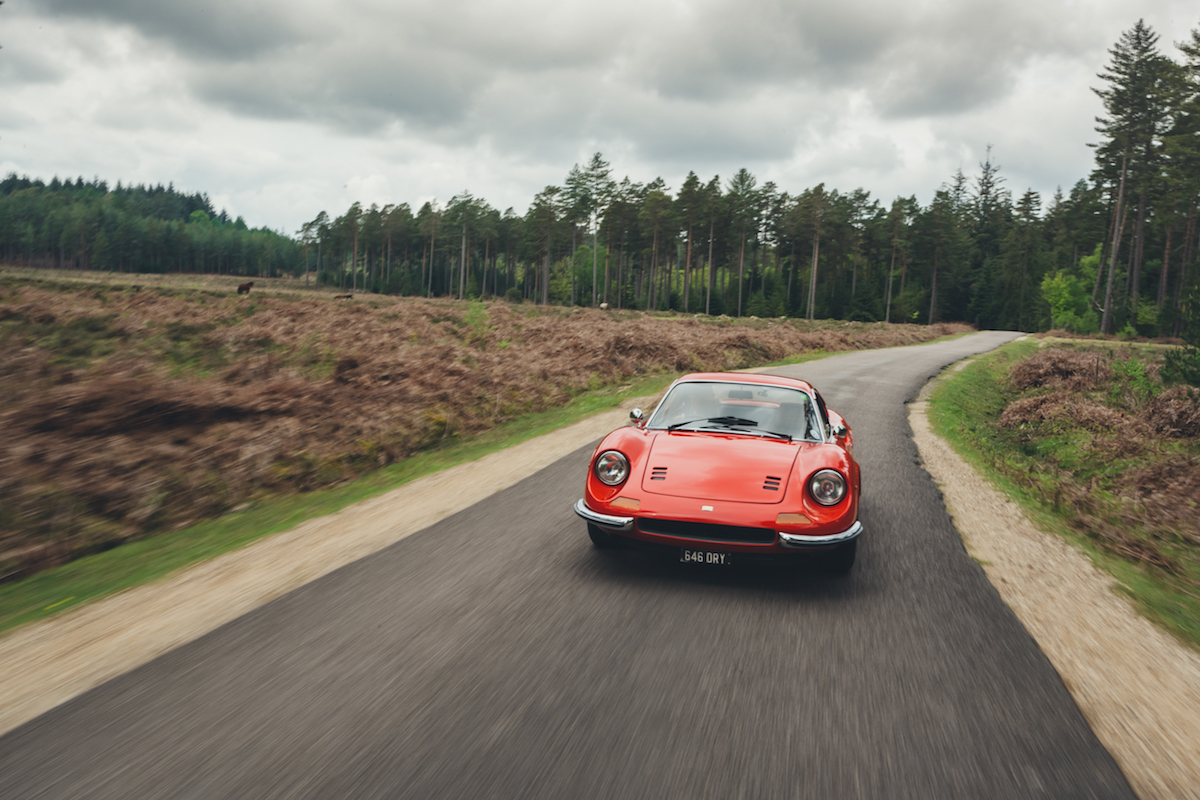 In order to add colour to his book, Phill embarked on an epic road trip down to Maranello in 646 DRY, meeting other Dino owners along the way and finding out the individual stories attached to each model.

An awesome undertaking for a classic like this, but slip into the low-slung passenger seat of a Dino and it is remarkable how well the car rides and handles on UK roads. 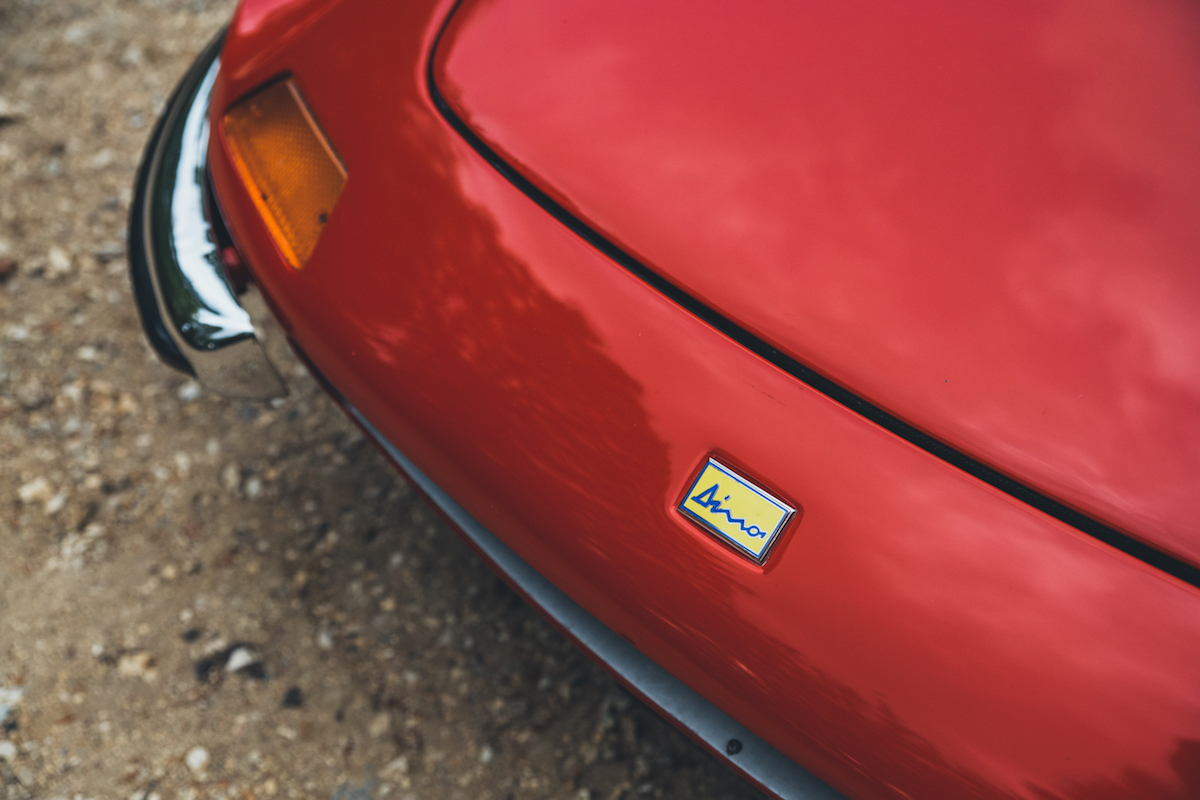 Naturally, a lack of air conditioning and other mod cons make long distances interesting, but the unmistakable howl of the V6 should be enough of a soundtrack to keep anyone sane as the miles clock up.

Our time with Phill and the Dino was short. A single day is not enough to digest all of the stories that come with classic car ownership. But that’s the beauty of old cars, they actively encourage stories be told and very few are as mysterious and beautiful as this Dino.

For those of you keen to find out more about life with a Dino, or owning classic cars in general, we urge you to go and check out Dino Days, which is available on thegreatbritishbookshop.co.uk.

We made a short film with the Comex Visuals crew about Phill and his beloved classic. Stick the kettle on, turn the sound up and press play on the button below.

Dutch company Vandenbrink offers its lengthy alternative to a GTC4Lusso

To helles and back with Mazda Classic Challenge

Where to find the hotspot of 70s Japanese car culture? Southern Germany, obviously…