In our new series Flat-Out Films, we team up with the fantastic Comex Visuals to bring automotive stories to life. So stick the kettle on, sit back and enjoy the flick. Don’t forget to let us know what you think.

The term ‘barn find’ is an often-overused phrase these days, as the number of genuine automotive relics found under piles of hay and birdlime are becoming few and far between.

But one afternoon spent drinking tea and eating biscuits with elderly grandparents led to arguably one of the finest discoveries we have made in a long time.

As pages of photo albums turned and stories of motorcycle-based road trips were exchanged over packets of Rich Teas, conversation soon turned to the prices of Honda CB175 back in the 1970s. 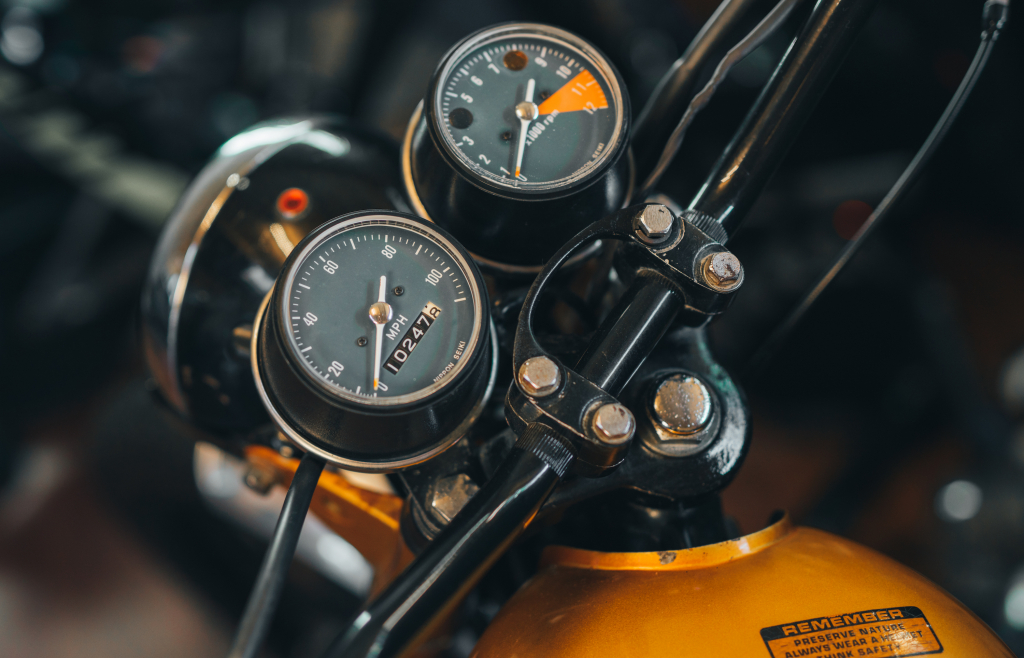 “I think I only paid a few hundred quid for the bike I bought your mother-in-law,” revealed nonagenarian Alf in between sips of instant coffee.

That bike just so happened to be a beautiful Honda CB175 finished in Candy Gold and it turned out Alf was still in possession of this fine steed.

Unfortunately, old age meant that looking after the bike and going for his beloved weekly ride came to a halt many years ago and as a result, this genuine “garage find” was in pretty poor health. 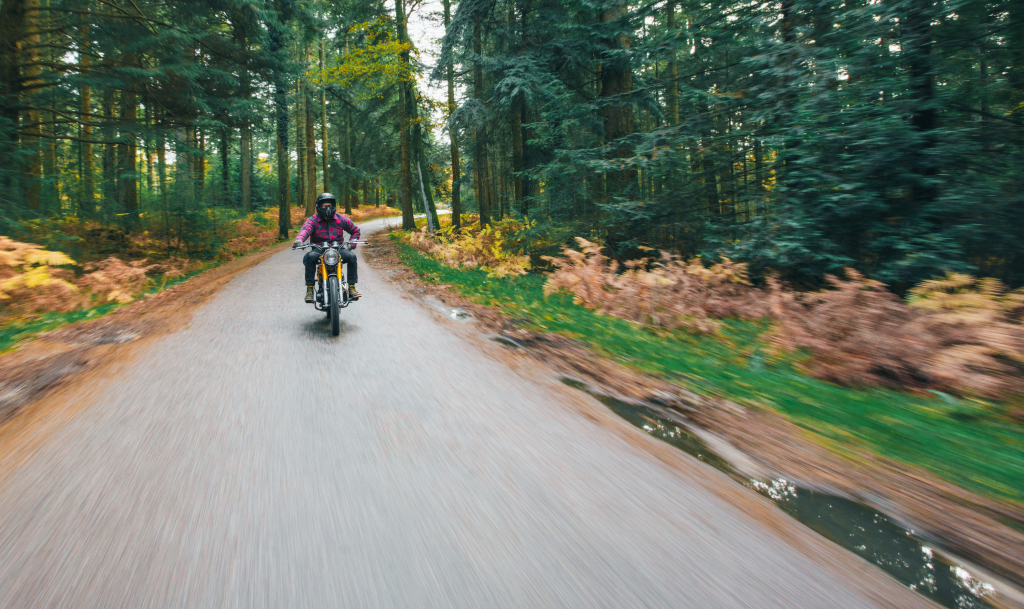 We did what anyone in their right mind would do and offered to take the heirloom and nurse it back to full fitness so it could once again make someone very happy.

After much deliberation, we decided that a nut-and-bolt restoration just wasn’t our thing and many of the parts were far too rotten to salvage.

So, despite our favoured local mechanics screaming at us to not touch a thing, we decided to replace the time-worn parts with bits that we liked… bits that would eventually give the little Honda a new lease of life and a new look. 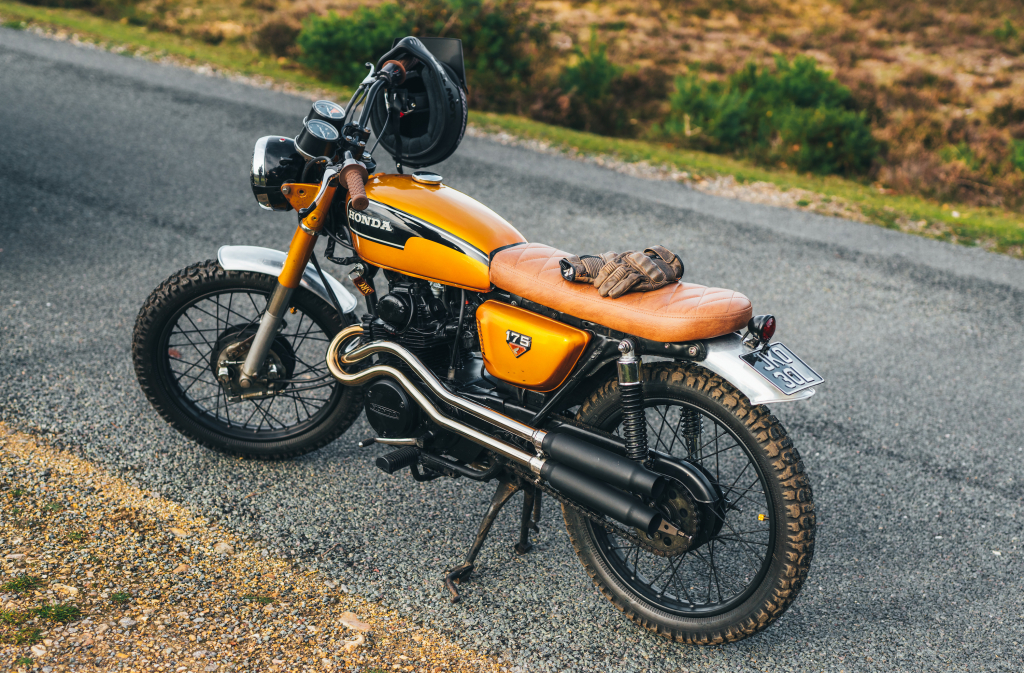 Chunky tyres, flat bars, a set of bespoke exhausts made by a local tubing company, alloy mudguards hand-rolled by our pal Pete from Side Rock Cycles and improved shocks were just a few select parts that were added.

Finally, our chums over at Moore Speed Racing spared some time on the dyno to ensure these modifications didn’t affect the way the bike ran.

From early engine tear-downs and clean-ups by pals in a shed to more recent official safety checks, this has been a monumental group effort and a delicate exercise in not spoiling the original bike. 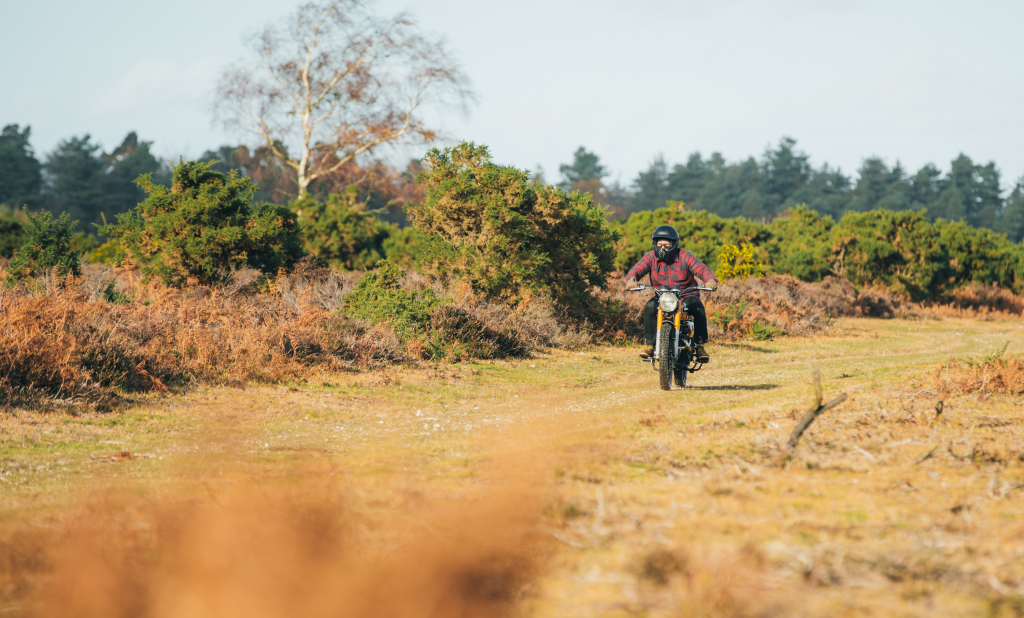 The Honda already had a story to tell and now, thanks to the help of many, so do we.

Alf, we hope you can forgive us for the changes we implemented, but the CB175 lives on and will keep making memories until it is passed on to the next lucky Flat-Out family member.

Stay tuned for more videos from our pals at Comex Visuals in the coming weeks.

Through the lens: Bike Shed London 2018