There comes a point in most car owner’s lives when it is time to let go. You have either become tired of driving the thing or financial situations change, forcing a sale.

But almost always, there are one or two motoring treasures that end up becoming the ‘ones that got away’. Those cars or motorcycles that you’ll prattle on about while spooning a lukewarm meals-on-wheels roast dinner into your juddering, ageing cakehole. 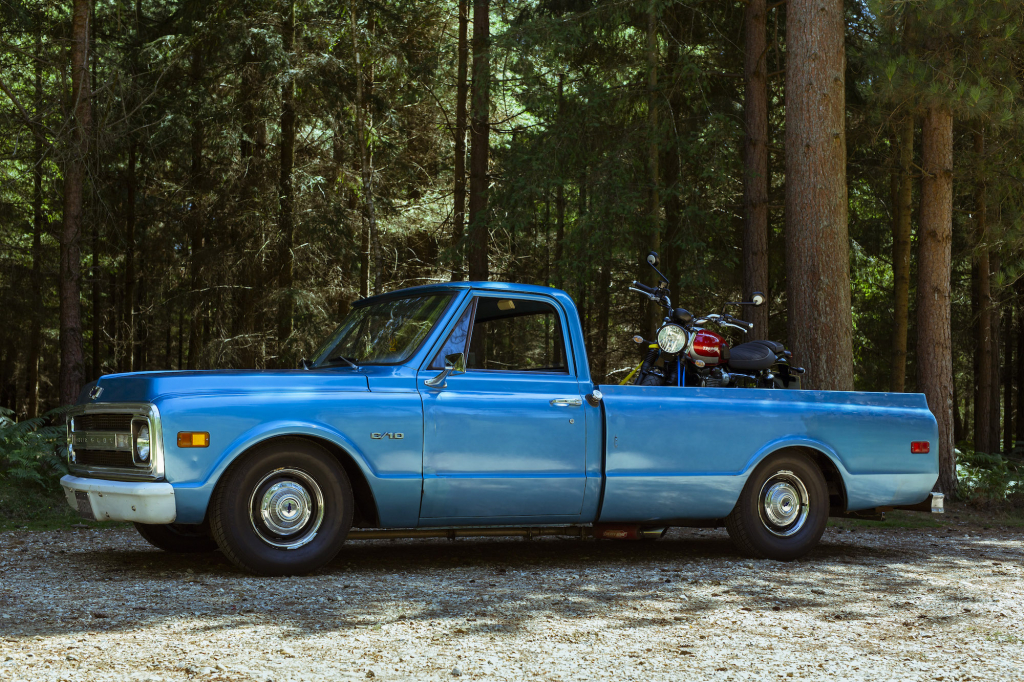 For me, it is going to be my 1970 Chevrolet C/10, which I only owned for a couple of years but it made more of an impression on me than any other vehicle I’ve ever bought – or really driven for that matter.

“If it rained heavily, the windscreen wipers would merely flap at the rain rather than clear it away”

There is something eminently graceful about classic American pick-up trucks. Their curvaceous steel exteriors often at odds with the enormous V8 engines that reside underneath gigantic bonnets. 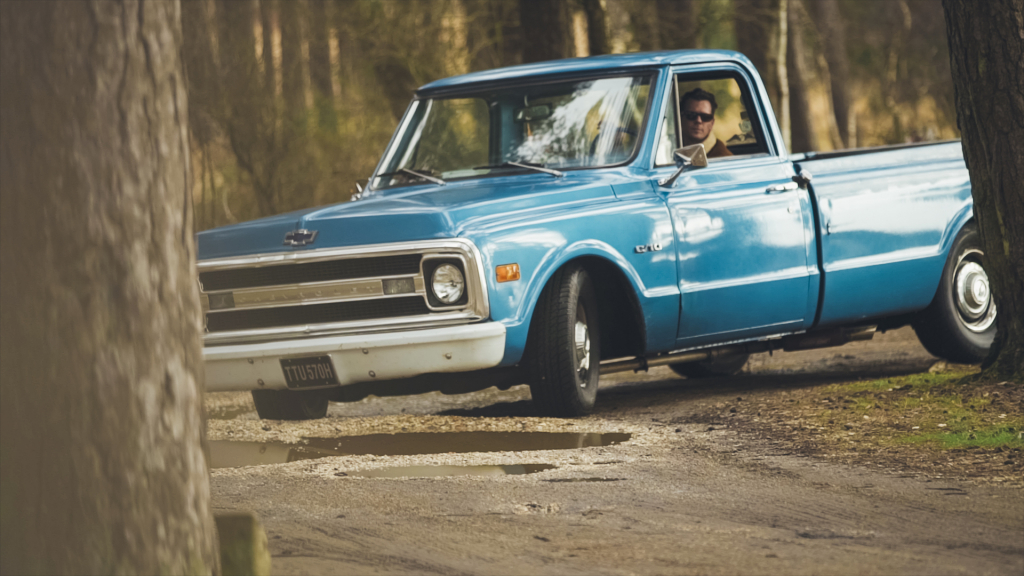 As soon as I clapped eyes on the 3.8L straight-six Chevy, I knew that I had to have it. So much so that I rushed onto my online banking app and rapidly secured a loan for around £6,000 to buy it. Not only was I dumbfounded at how easy it was to get money (I did this in about two minutes while waiting to board a flight at Heathrow airport), I was also giddy at the prospect of owning something massive, loud and American.

Granted, it was bought with semi-practical reasons in mind: transporting motorbikes to shows, lugging rubble to the tip and generally being about as manly as a vehicle gets, but it was about as practical as a pedal-powered wheelchair. 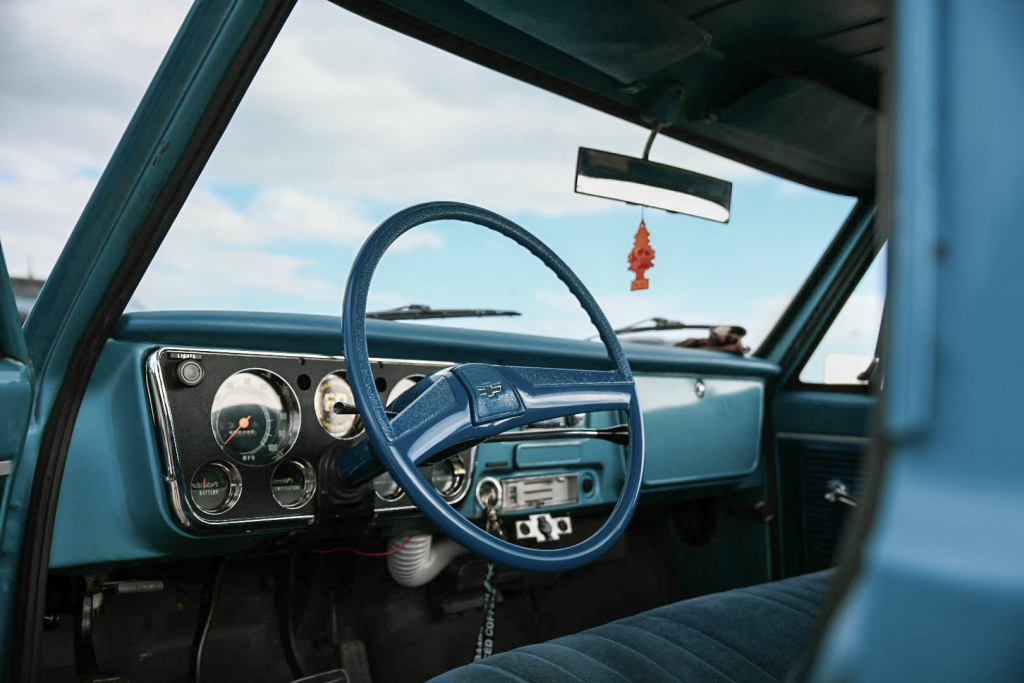 A lack of power-steering, measly drum brakes, a three-on-a-tree manual gearbox and a clutch that was so heavy it threatened to break your Fibia all made driving on our narrow and often smashed-up road surfaces an absolute nightmare.

“There is something eminently graceful about classic American pick-up trucks”

If it rained heavily, the windscreen wipers would merely flap at the rain rather than clear it away, the front lamps were basically useless and the gear-shifter would often come off in my hand. Oh, and any fluffed gear changes would sometimes result in a bit of sticking that required the bonnet opened and the transmission given a good waggle to free it. Massively embarrassing when traffic starts queuing behind. 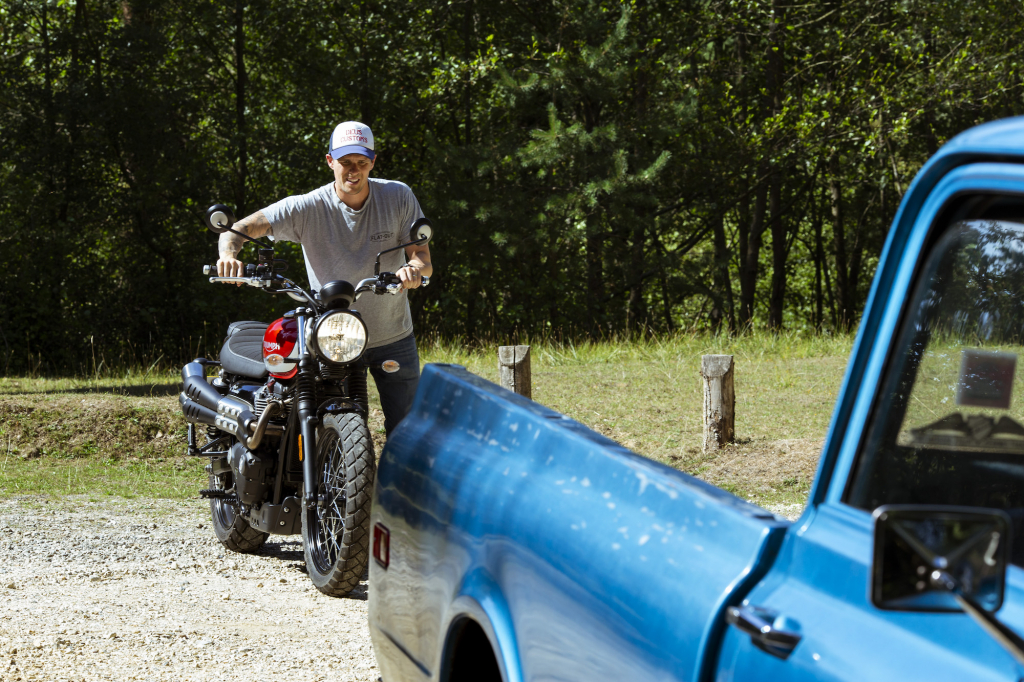 But that was all forgotten when the sun came out and it behaved. Nothing stopped traffic nor got the conversation flowing like this Chevrolet, but as things got busier with Flat-Out Media, it was time for more practical wheels.

You’ll have to watch the video to find out exactly what happens when you get old and words like ‘practical’ and ‘fuel efficient’ start entering your vehicle search vocabulary.