The first day of the Geneva motor show may be reserved for the world’s media but the second day is where the real action takes place.

PR types are counting down the minutes until they can fly home and journalists are typically nursing hangovers, but those with genuine money to burn are busy pounding the halls in order to put deposits down on the world’s most exotic metal.

As a bystander, it’s an utterly fascinating scene to behold. Men and women waltzing up to £200,000 supercars, waving a chequebook and walking away safe in the knowledge that Ferrari’s latest model will soon be sitting on the driveway.

So join us, as we take you on a virtual shopping trip around the halls of the Palexpo – wallets firmly under lock and key – in search of the most saliva-inducing machines. 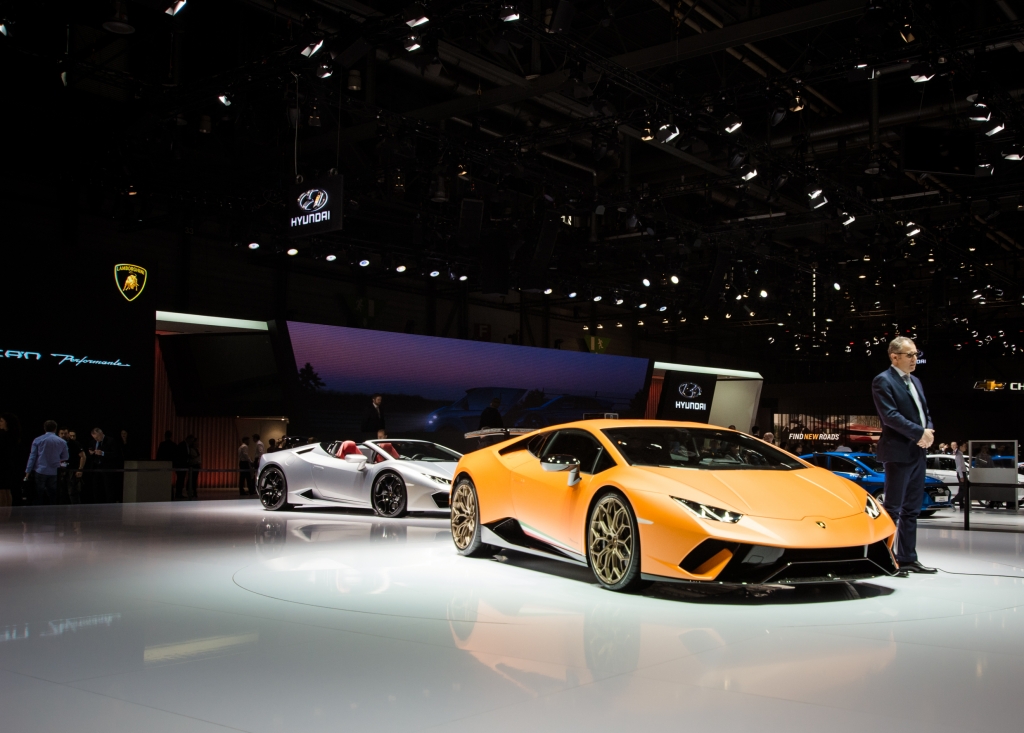 It is officially the fastest production car lap around the Nürburgring. It is staggeringly beautiful. It costs in excess of £200,000. Yes, the Huracán Performante looks like it will be ludicrously good.

The naturally aspirated 5.2-litre V10 engine has been fettled so it now develops 631bhp and just shy of 600Nm of torque, springs have been stiffened and carbon fibre has been used extensively to keep weight to a minimum – it tips the scales at just 1,382kg. 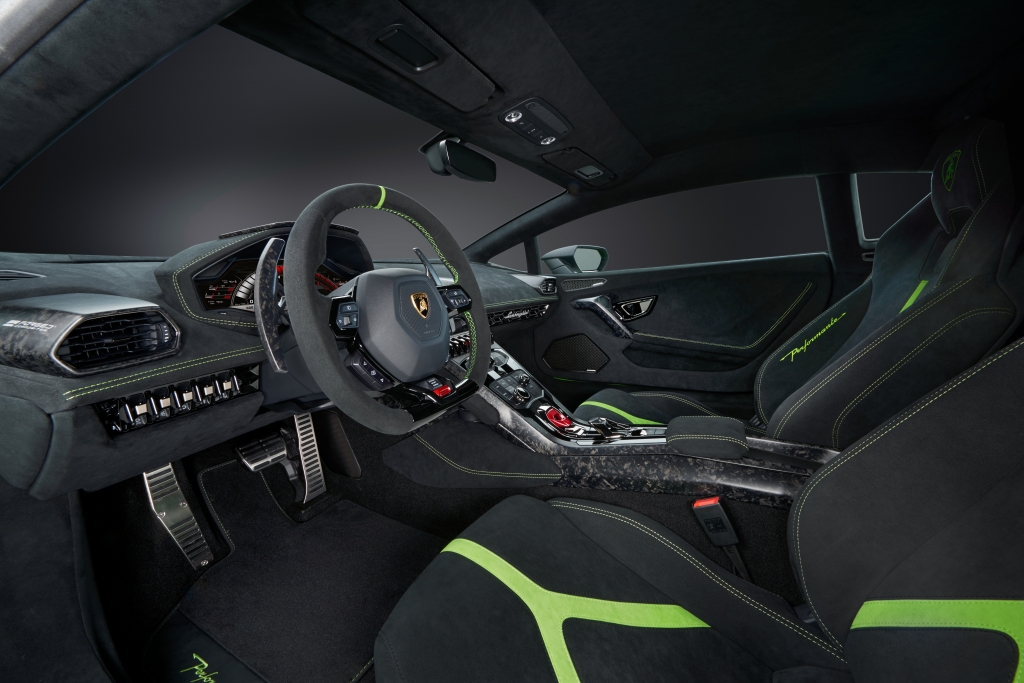 But it is the addition of ‘Aerodinamica Lamborghini Attiva’, or a fancy way of describing the firm’s active aero, which is the real the reason why this monster can lap the infamous Nordschleife in 6m 52.01s.

Picture electronic flaps (a la Formula 1), which open and close to increase downforce or reduce drag depending if the car is cornering or hammering the straights.

Much grip, much speed, much monies. 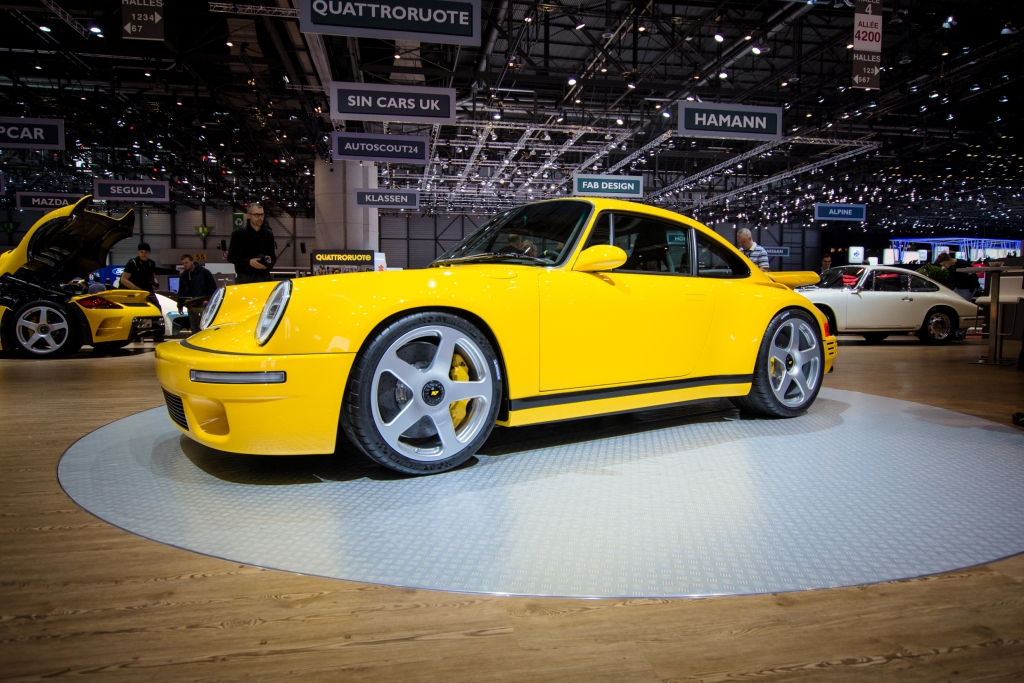 We spent far too much time honing our driving skills on the early Gran Turismo games, which perhaps explains why we harbour such a soft spot for RUF and it’s Porsche-aping creations.

The German marque has revived the Yellow Bird nameplate with its latest RUF CTR model and considering it was once one of the fastest sports car on the planet, it has a hell of a lot to live up to.

But scratch the surface and you soon realise this is no wannabe: there’s a carbonfibre monocoque chassis, plentiful use of the lightweight material throughout the bodywork, a trick suspension system and a water-cooled twin-turbocharged 3.6-litre flat six engine that develops 700bhp.

Plus, neat modern touches, such as the halo-effect LED front lamps and door handles that pop out from the body as you approach, make it even more desirable.

Expect it to cost three-times the price of a modern Porsche 911 but it’s arguably a million-times cooler. 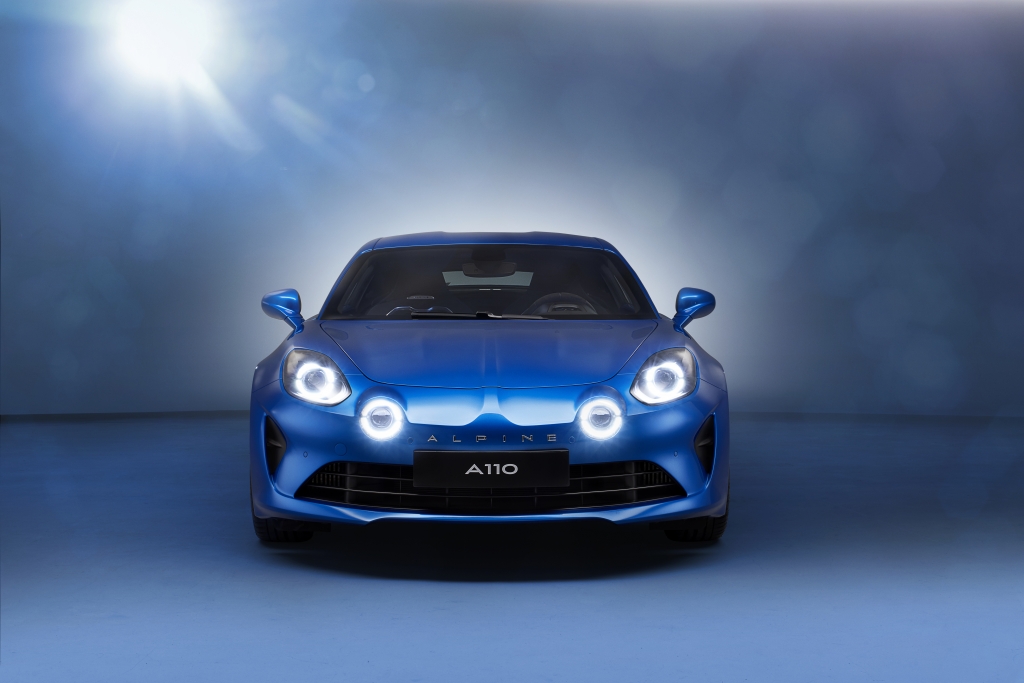 Renault has been a complete tease when it comes to its resurrection of the alpine badge but the upcoming Porsche Cayman-baiting A110 doesn’t disappoint in the flesh.

It’s tiddly (but beautifully packaged) and weighs just 1080kg, but that means it has a power-to-weight ratio of 231bhp/tonne thanks to the 249bhp developed by the 1.8-litre engine. 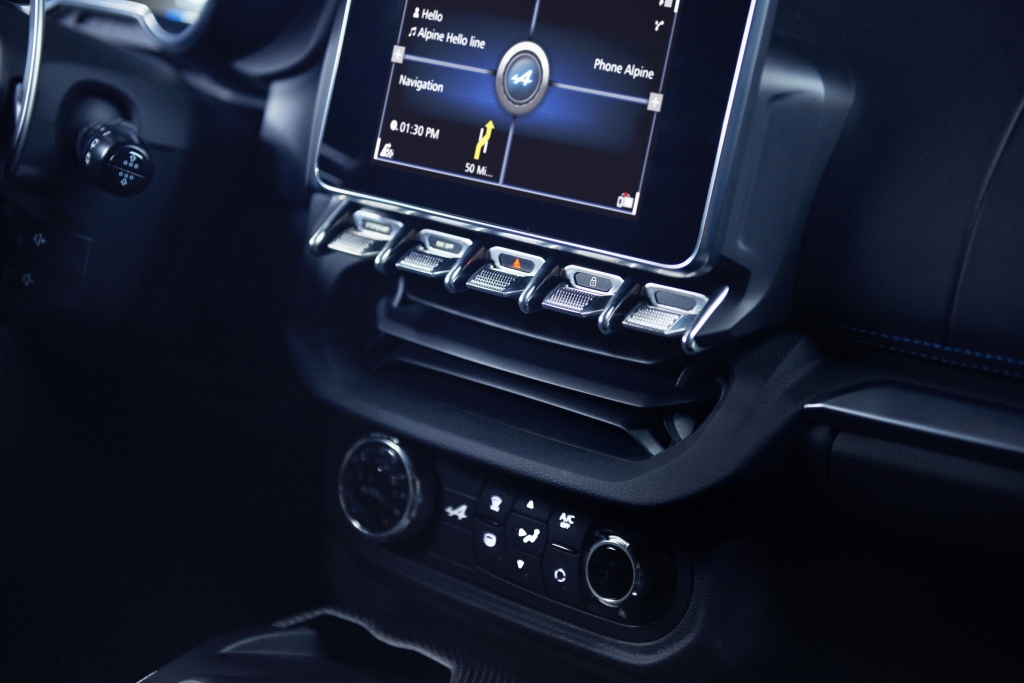 The 0-62mph sprint takes just 4.5 seconds, which is faster than the current Porsche Cayman S, while the mid-engine, rear-drive layout and 44/56 weight split should have performance fans positively tingling with anticipation.

Expect it to cost around £50,000 when it comes to the UK later this year but weirdly, there’s no talk of a manual gearbox. Instead, you’ll have to make do with a twin-clutch, seven-speed paddle shift jobby. 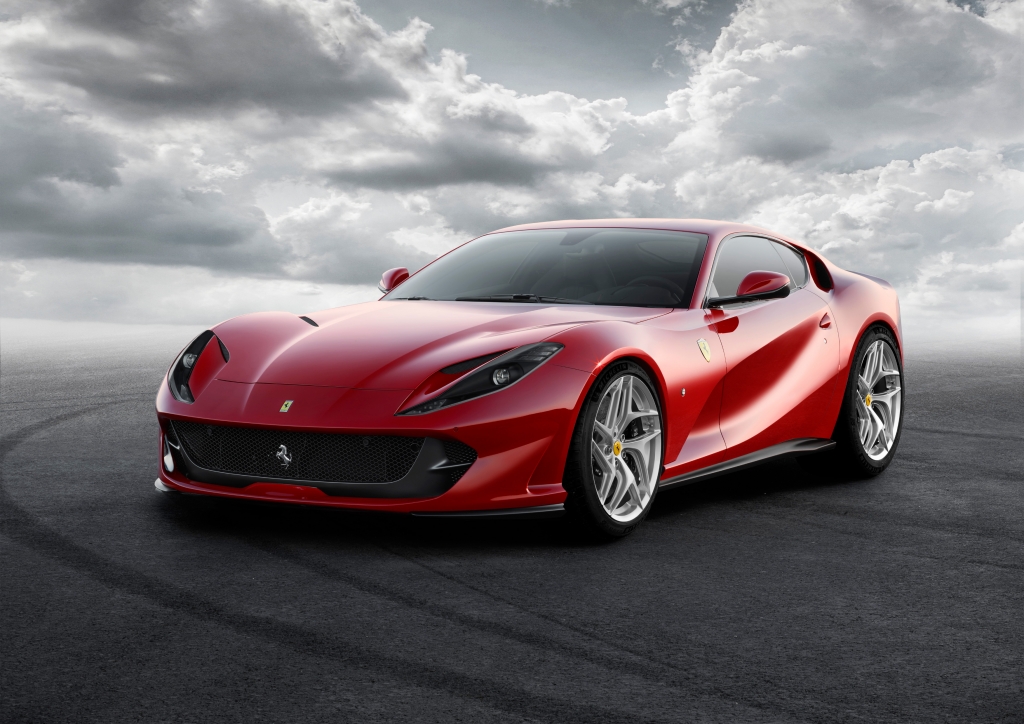 It is quite clearly the owner of the world’s most ridiculous name but the Ferrari 812 Superfast is one of the most handsome pieces of Italian design in years.

The naturally aspirated 6.5-litre V12 develops 789bhp, meaning this F12berlinetta replacement can rocket from 0-62mph in 2.9 seconds and then head on to a top speed of a super fast 212mph.

However, this four-wheel drive motorway missile also now features a new – and somewhat controversial – electronic power steering set up, which is said to offer greater high speed handling than its previous hydraulic system.

Further details are still pretty scarce but it’s safe to say you’ll need a bank balance that reads at least £250,000 and a good relationship with your local Ferrari dealer if you fancy one. 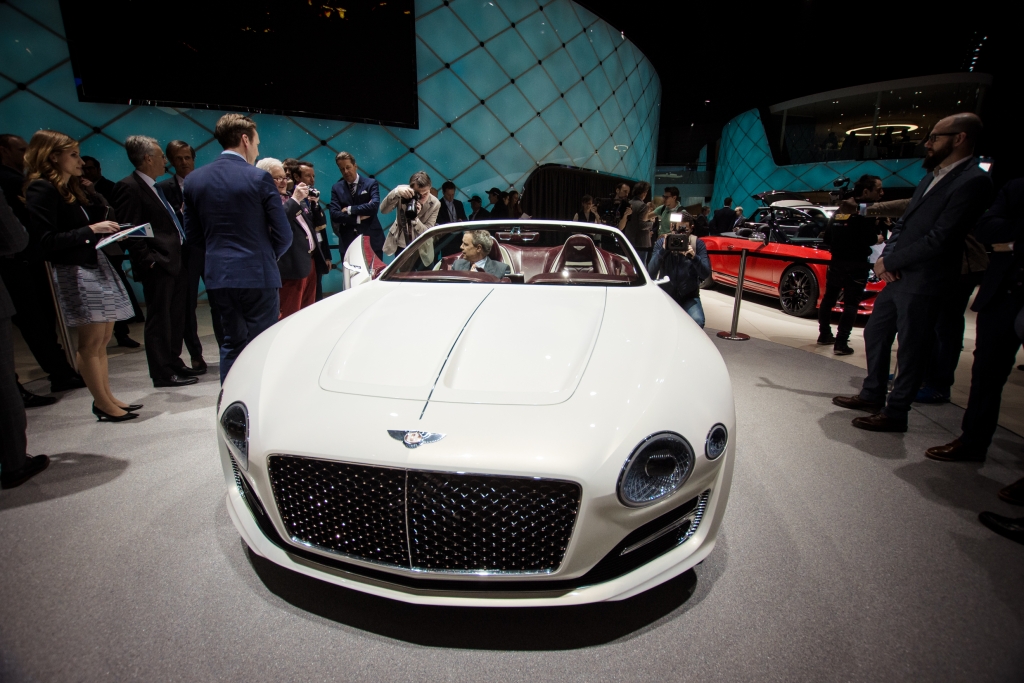 Did Bentley just make the electric sports car desirable? There’s a good chance they did, as the ludicrously titled EXP 12 Speed 6e bears all the hallmarks of a potential plug-in classic, even if you can’t put a deposit down on it just yet.

Details are a little light but a Bentley spokesperson claimed that this is an exercise to gauge customer reaction to a potential all-electric Bentley in the line-up. As such, the marque has suggested that the model would come with an inductive charging system as standard, so customers don’t have to put up with a messy wall box. 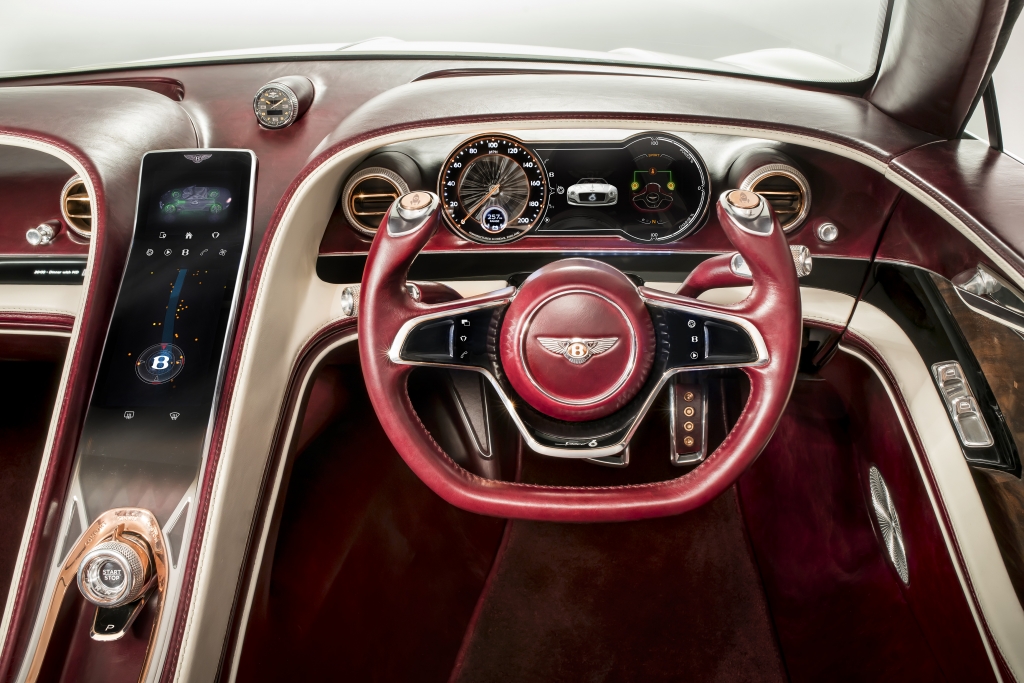 Performance will naturally be brisk and the bods behind the machine say it will be able to complete a number of classic road trips, such as Paris to Monaco, on a single charge. Google Maps estimates range to be around 250-miles.

The styling will divide opinion, as will the use of slightly bizarre red leather, copper and wood trim, but it’s a handsome, topless play on the previous EXP 9 concept from a few years back.

Neat interior touches include: an OLED screen where the instruments would typically sit, a steering wheel that looks as if it has been lifted from a Boeing 747 and a neat screen that runs along the centre console that appears to take care of infotainment. 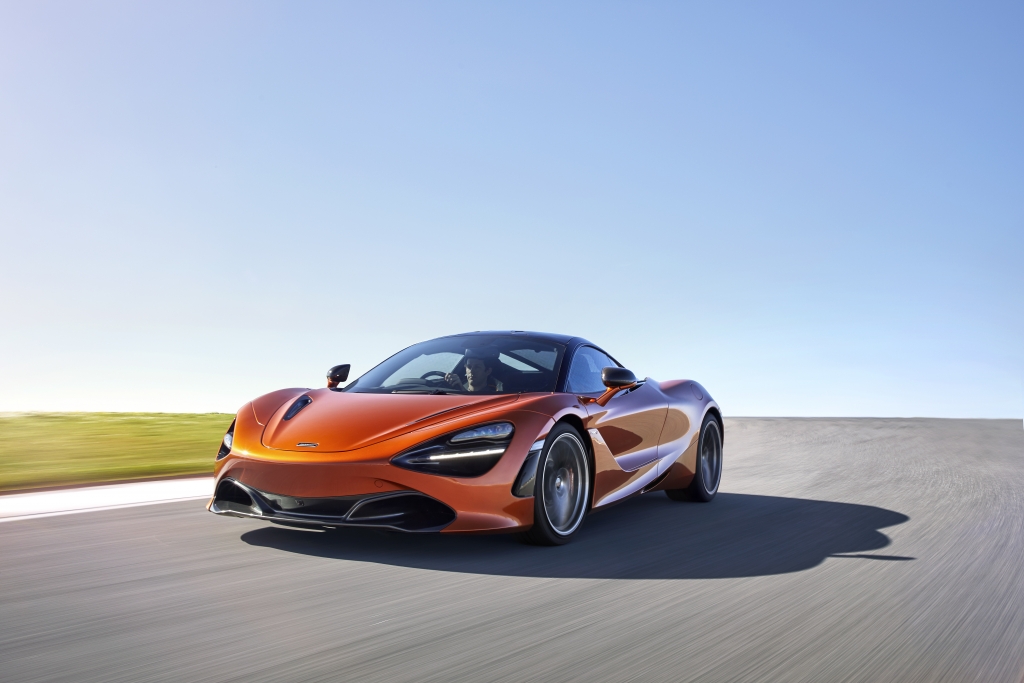 Naysayers bemoaned McLaren for its conservative styling and slightly dreary aesthetic when the MP4-12C was first released but it’s very difficult to make that argument now.

It is set to replace the current 650S and that means a redeveloped carbonfibre tub, revised body panels to keep weight down and numerous aerodynamic flourishes that have been lifted from the stonking P1 hypercar. 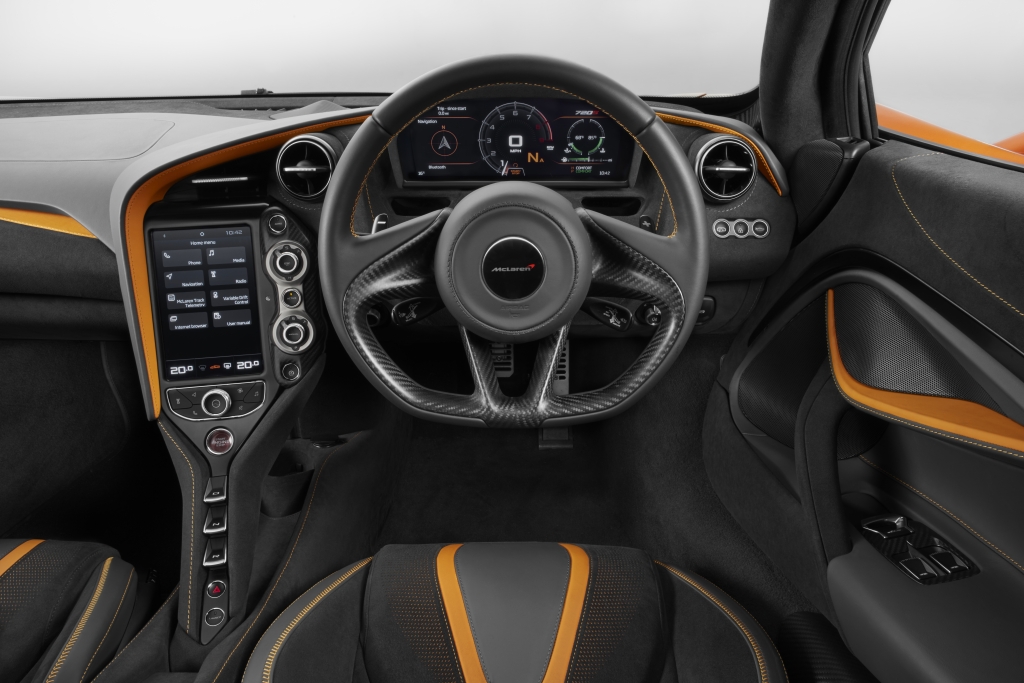 Some questioned its looks prior to the show (but it really is lovely in the flesh), because viewed head-on, the 720S appears to have two black eyes. However, those sunken, ultra-bright LED headlamps fit into specially crafted sockets that also help feed the air conditioning and other cooling ancillaries.

Expect this thing to accelerate from 0-62mph in just 2.8-seconds, while offering a sedate and approachable drive to those wanting to use their new supercar everyday.

According to reports, all 400 Launch Edition cars have been accounted for, so you might want to pull some serious strings if you fancy one.