We appreciate the thrill of driving here at Flat-Out, which is why you’ll find us regularly embarking on awesomely pointless road trips and hitting the race circuit whenever we get the chance.

But we also understand that technology is going to play a big part in our automotive future, be it the next generation of powerful electric and hybrid powertrains or a space-age carriage that will whisk us to meetings while we empty the inbox.

Some say the impending march of autonomy will suck the joy out of driving but those manufacturers who have spent many years perfecting the ultimate driver’s car tend to disagree. 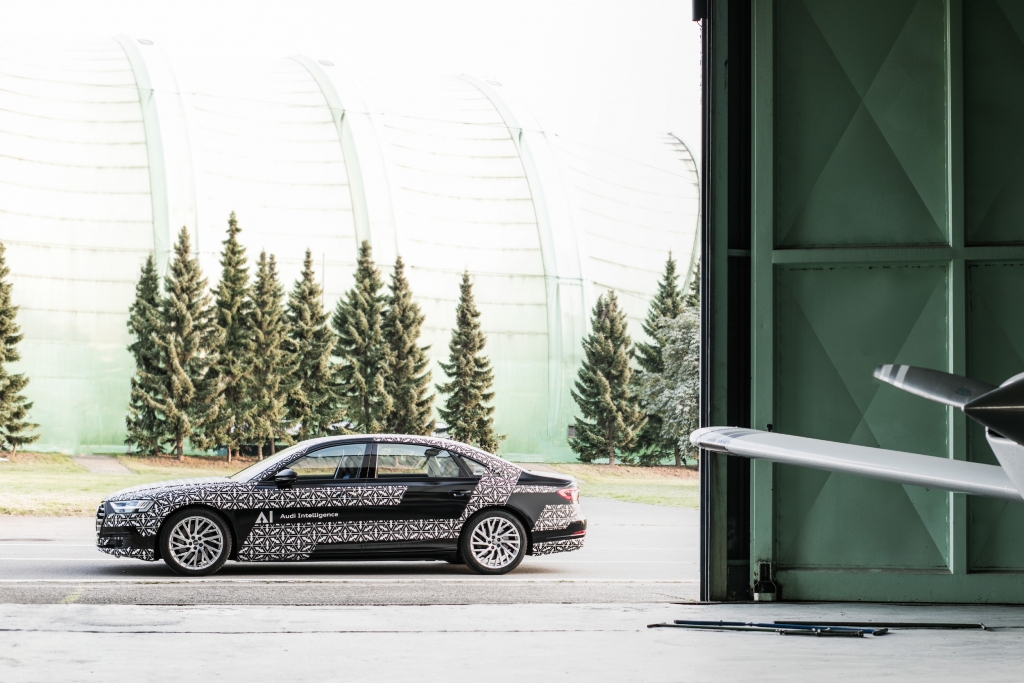 Take Audi as an example, as it believes highly autonomous functions should be there to support the driver, rather than replace them entirely and its upcoming A8 model is here to prove that point.

Dubbed traffic jam pilot, Audi’s new system is part of its AI suite of technology that will feature in the 2018 A8 model and it harnesses the power of advanced sensors, cameras and laser scanners that allow the vehicle to carry out a number of functions without much input from the driver.

“Traffic jam pilot smoothly keeps up with vehicles ahead, brakes when traffic slows and keeps the vehicle in the centre of its lane”

These include autonomous parking, where the system actively hunts out a space and then takes over driving duties, and a garage park function that allows the driver to step out of the vehicle and have it park remotely via a smartphone app. 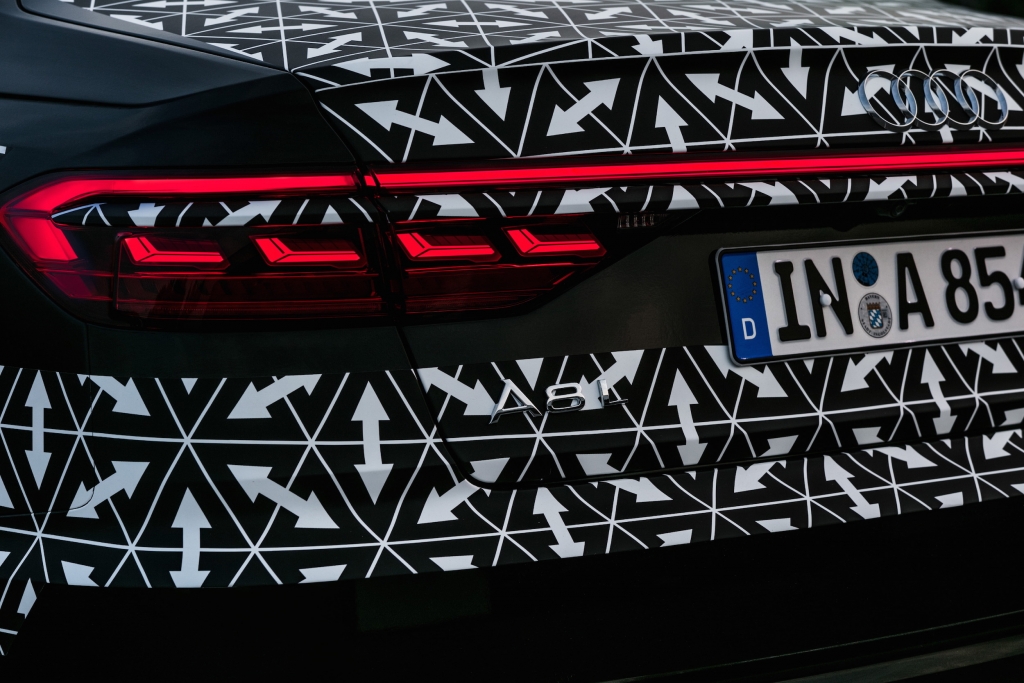 As clever as this sounds, it isn’t anything ground-breaking or new, as rivals BMW and Mercedes-Benz offer similar systems, but Audi’s traffic jam pilot is the real breakthrough and the one function that has the potential to change driving habits completely.

When activated (via a large button on the gorgeous, screen-laden dash of the new A8), traffic jam pilot harnesses the power of advanced mid and long-range sensors, cameras and laser scanners to build a comprehensive picture of the world around the upcoming A8 and in turn, allow it to take over advanced driving duties.

Powering the entire set-up is a central driver assistance controller known as zFAS, which is roughly the size of a tablet computer and sits beneath the car’s architecture to continuously monitor signals from the sensors to create a clear and detailed picture of the car’s surroundings. 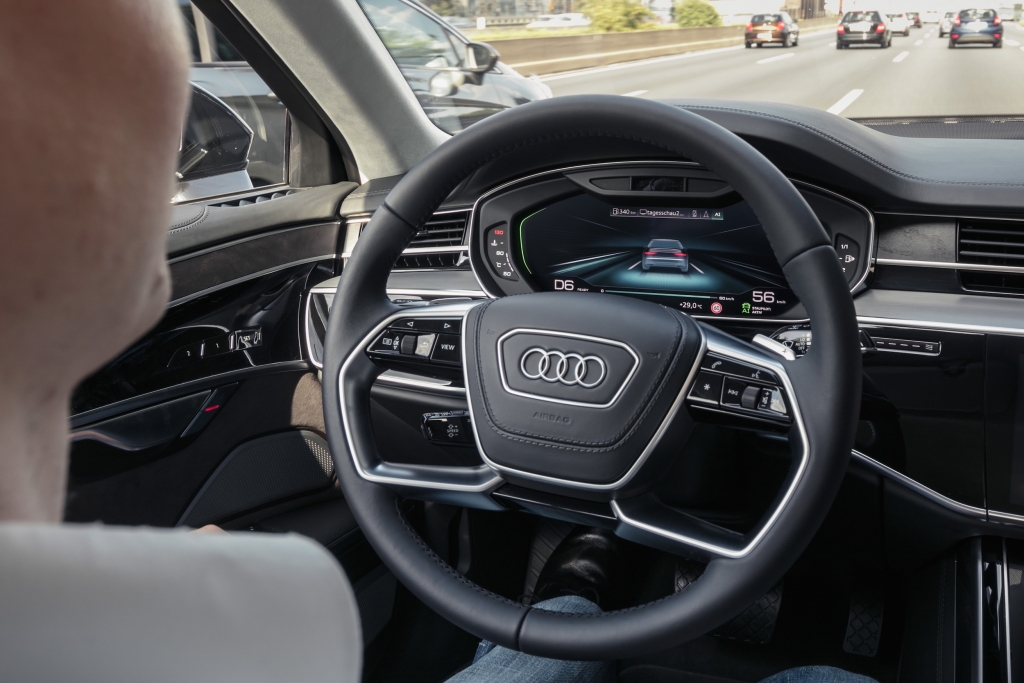 The result is a system that will take over driving duties in traffic jam situations, allowing the driver to kick back and watch a movie, answer some emails or scroll through the numerous apps featured on the A8’s infotainment system.

“We now have a system that knows the environments that it can operate in and will actively tell the driver when he or she can take full advantage of it,” explains Stefan Rietdorf, the Audi engineer in charge of the development of automated driving functions and the man currently behind the wheel of new A8.

The conditions in which traffic jam pilot is offered are fairly strict, as the vehicle must not exceed 60km/h (37.3mph), there must be a clear safety barrier between oncoming traffic and the vehicle must be certain that there are no pedestrians or other vulnerable road users in the vicinity. 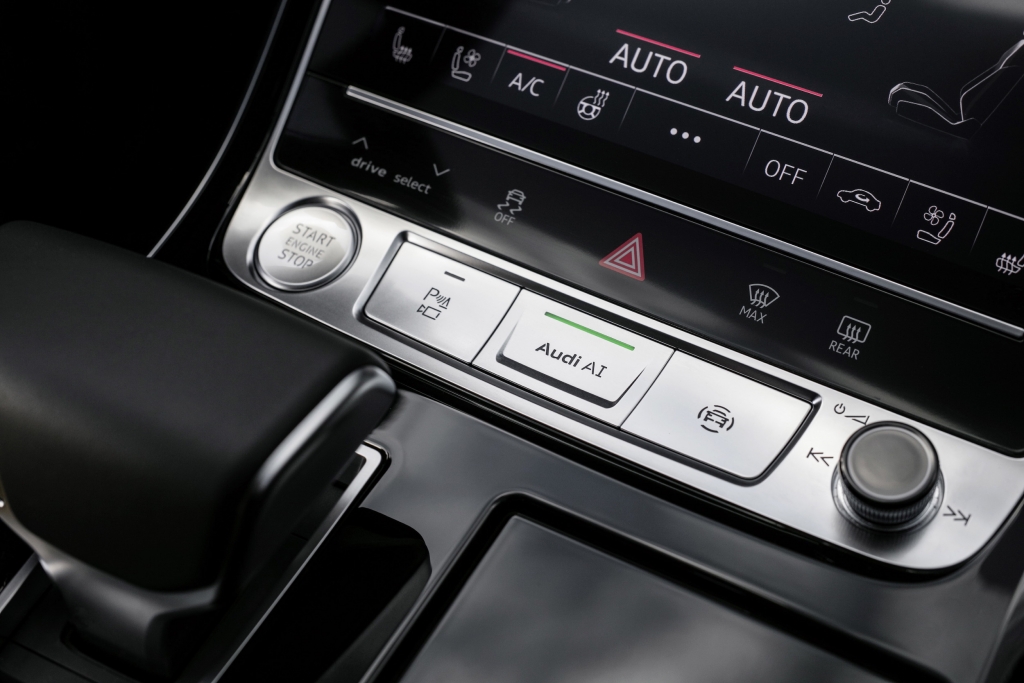 “Unlike other assisted systems, we are allowing the car to take full control of driving duties and potentially allowing the driver to get on with other tasks via the vehicle’s infotainment system.

“The result is a system that will take over driving duties in traffic jam situations, allowing the driver to kick back and watch a movie, answer some emails or scroll through the numerous apps featured on the A8’s infotainment system”

“This is the key difference between what we have and what others offer. We’ve have had to work extremely hard to convince the regulators and lawmakers of this world that the system is safe,” he says, swivelled in his seat, hands off the wheel and feet off pedals.

We are currently in nose-to-tail traffic on the German autobahn somewhere outside Frankfurt, where Rietdorf and his team of crack engineers have been hunting down jams in order to test the new system. 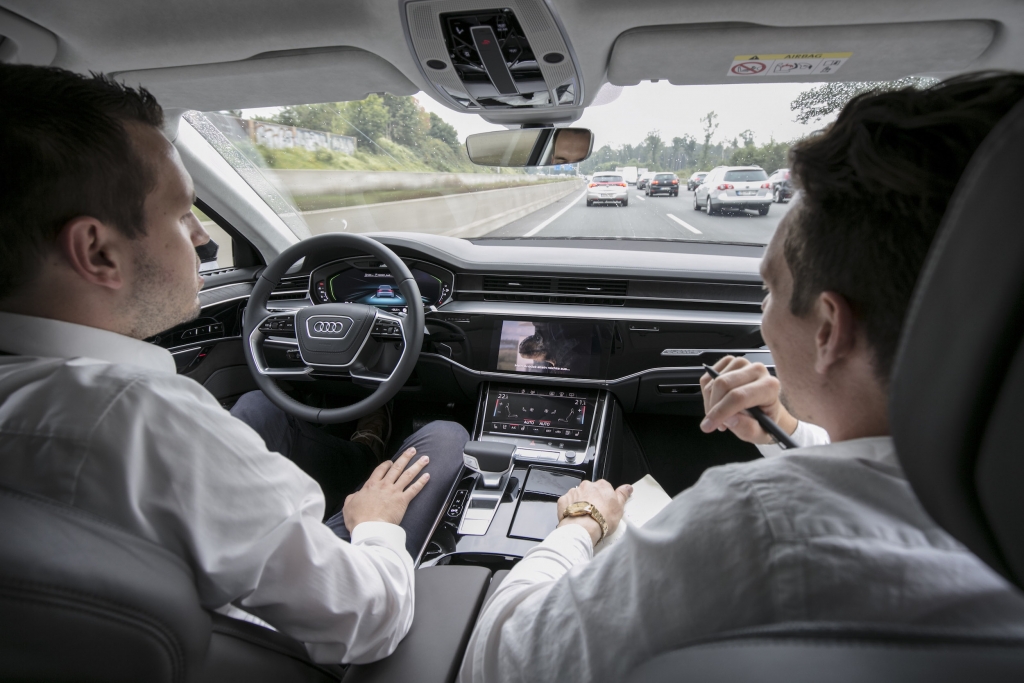 The A8 we are sat in is heavily camouflaged on the outside but there isn’t even a suggestion of prototype from inside the cabin. This is the real deal, complete with the gorgeous brushed aluminium AI button that activates traffic jam pilot.

Once activated, the tech constantly monitors the driver’s behaviour, including a camera that faces the driver to ensure he or she has eyes open and can take control if necessary.

So long as the parameters are met, traffic jam pilot smoothly keeps up with vehicles ahead, brakes when traffic slows and keeps the vehicle in the centre of its lane, only pulling over towards the edge of its lane when traffic comes to a halt to allow emergency services space to get through.

“Should traffic jam pilot need to hand over duties it will first give a gentle visual and audio prompt to the driver, followed by increasingly more severe warnings”

Once traffic begins rolling again, the car picks up pace and repeats those steps until it feels the driver needs to take control again, should traffic exceed the upper speed restrictions or the system detects an issue with its sensors or some other scenario. 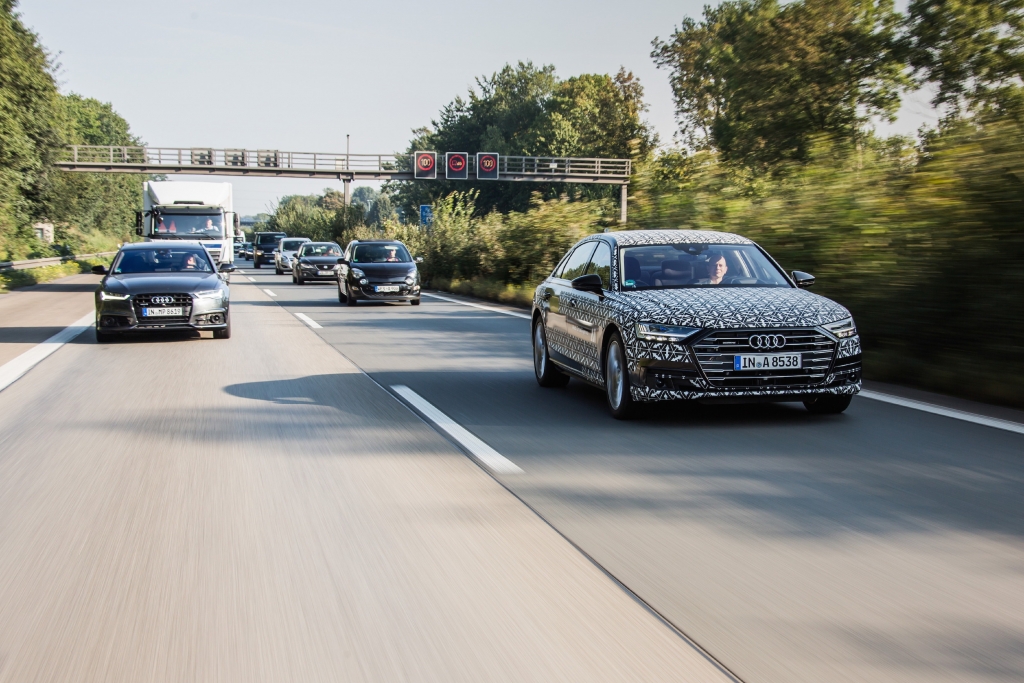 “The key difference with this system is the built in safety features, such as the multiple physical brake and steering systems, should one fail, and the system’s intelligence and self-awareness to deem whether it is safe to operate,” explains Rietdorf.

Should traffic jam pilot need to hand over duties it will first give a gentle visual and audio prompt to the driver, followed by increasingly more severe warnings.

Failure to take over – in the case of a medical emergency, for example – will lead to the A8 slowing down, dabbing the brakes, jolting the seat belt and finally bringing the car to a complete stop with hazard warning lights illuminated. 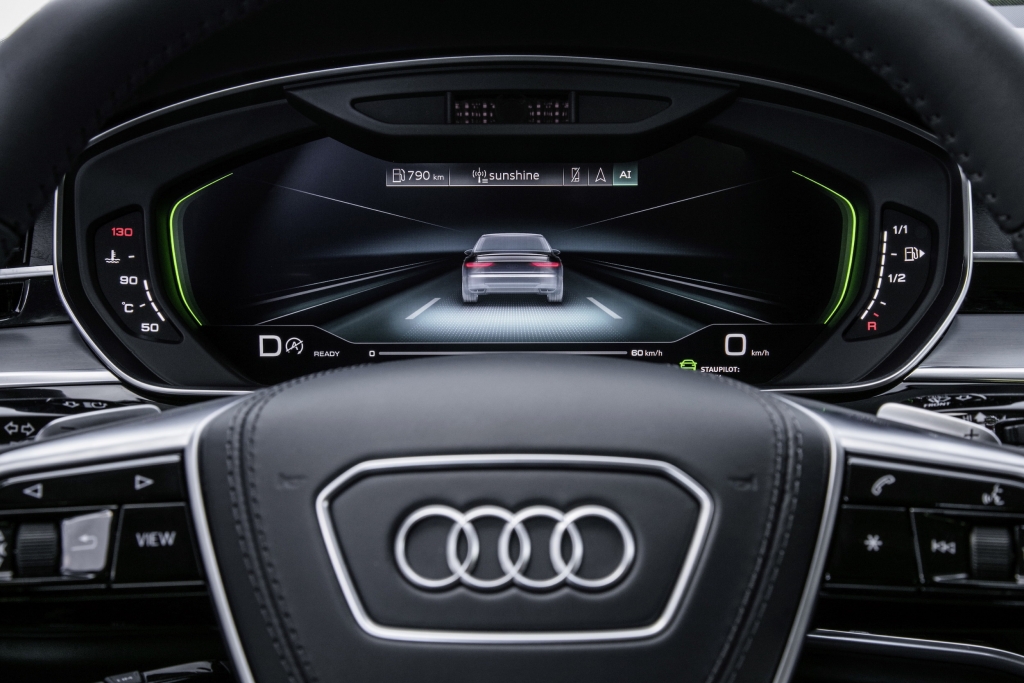 If there is still no response, the on-board system will automatically alert the emergency services with precise location data.

The Society of Automotive Engineers (SAE) deems this kind of technology Level 3 Conditional Automation, which would make it the first system of its kind to be offered to customers.

No other manufacturer has so far come up with a legal solution that allows drivers to interact with an infotainment system while the car takes over driving duties.

However, there are numerous roadblocks standing in the way of increasing levels of autonomy, including laws and regulations on a local and global level. 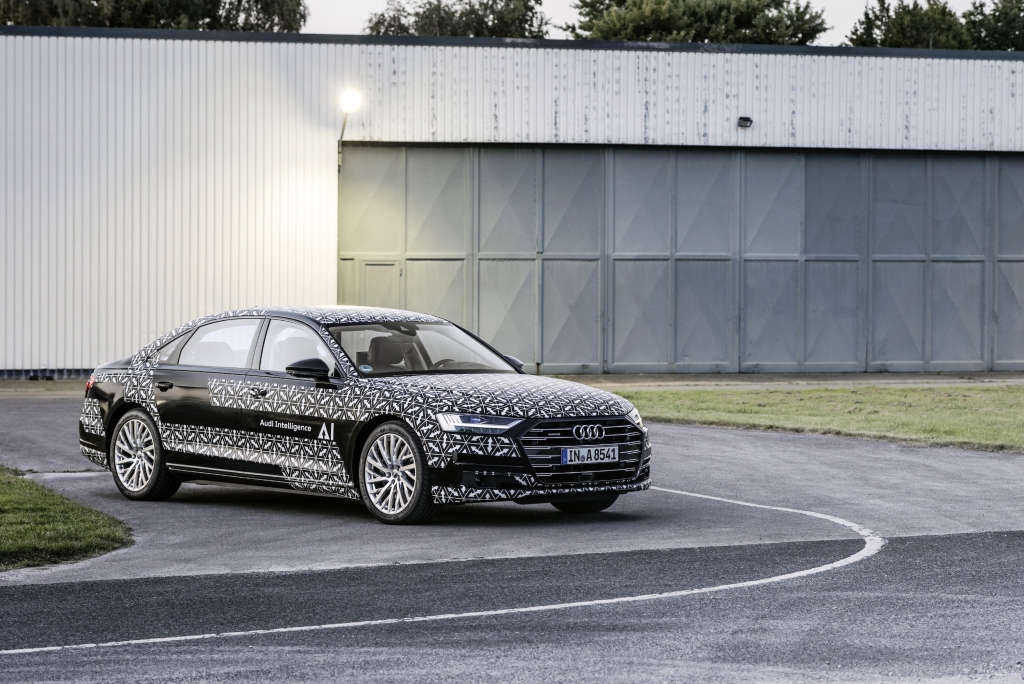 Dr. Wolfgang Schmid, the man in charge of government affairs, digital mobility and renewable fuels at Audi, claims that some governmental bodies are more open to higher levels of vehicle automation, with Germany, for instance, modifying its regulations in late June 2017 to allow driving cars with conditional and fully automated functions “within the designated parameters for use.”

“In this instance, customers would be able to perform side-tasks, such as watching a video or replying to emails via the infotainment, when traffic jam pilot is active,” he explains.

Schmid hopes that more governments pass legislation to change the behavioural laws of its country to allow customers to make full use of such an advanced system, but that is a lot easier said than done. 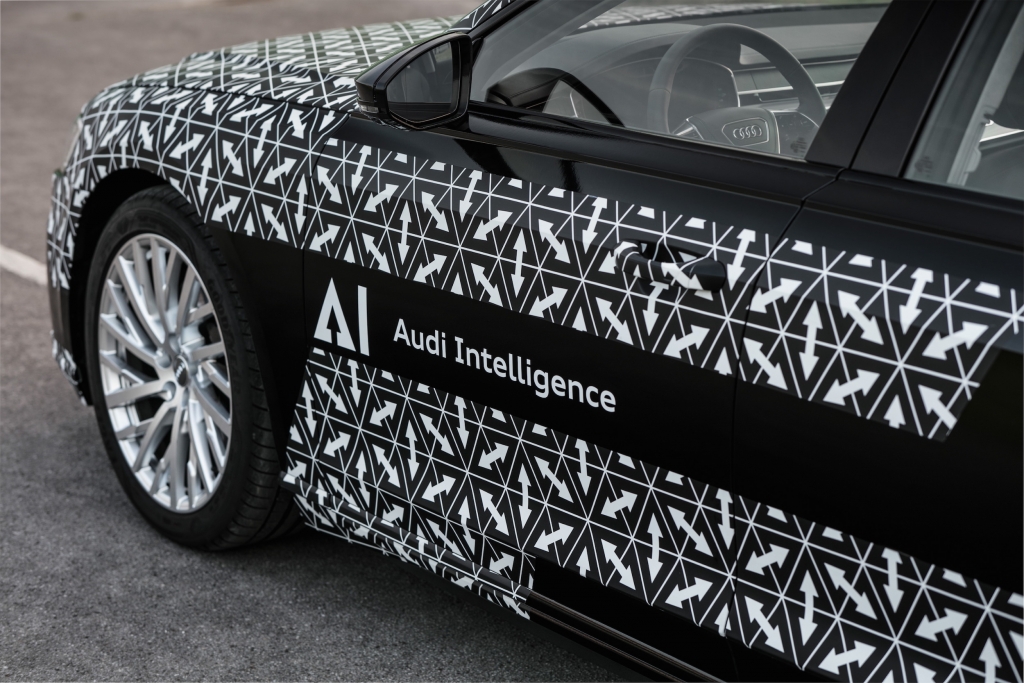 The demonstration was mightily impressive, with those riding on-board able to hold deep conversations and watch video clips via the infotainment system while the Audi took care of driving duties.

Conversely, the system wouldn’t have been as impressive if we weren’t legally permitted to indulge in these so called ‘side tasks’, which is why Audi plans to slowly introduce traffic jam pilot to those markets in which the legal parameters have been met.

That said, it could be a lifesaver for those who regularly have to tackle a traffic-choked commute or a complete nightmare for those with bosses that demand 24/7 productivity. 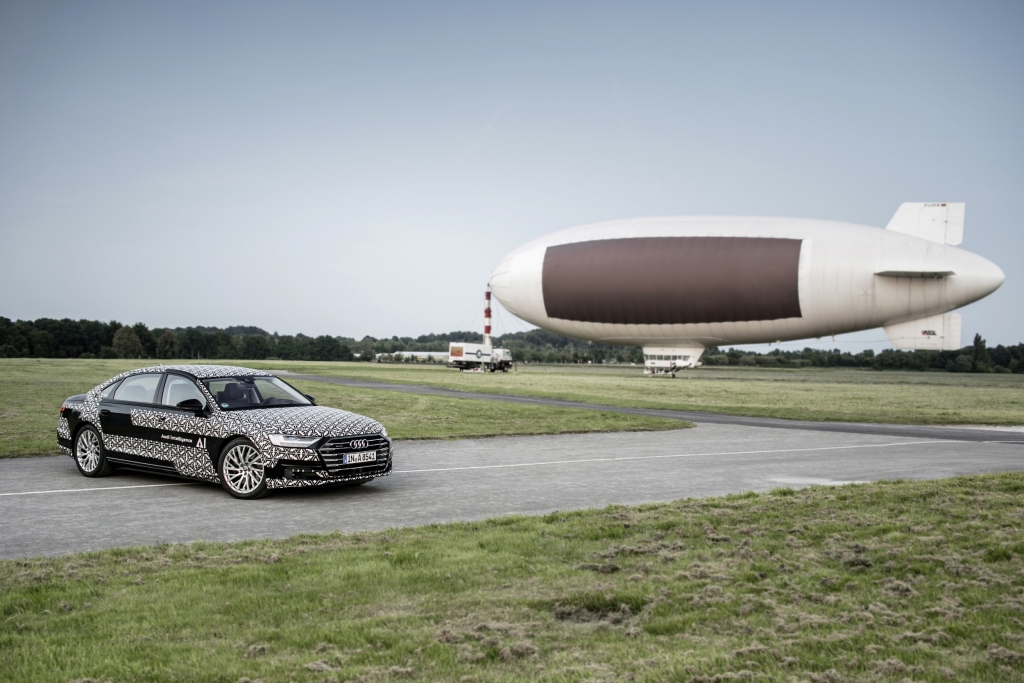 But that is a different discussion entirely.