There has been a real resurgence in retro-inspired motorcycles of late, with industry stalwarts like Triumph, Ducati and Indian Motorcycles cashing in on the fact that old school scramblers, cafe racers and flat trackers are very much in vogue.

Unlike the automotive industry, which seems to be pumping out cookie-cutter designs in almost very segment, the bike companies of this world are all competing to be a little different. Ducati’s idea of a scrambler is poles apart from Triumph’s, for example, while Husqvarna’s line of street bikes gracefully tiptoe the line between neo-futuristic and tastefully throwback. The sheer weight of choice for today’s two-wheeled fanatic is mind-boggling.

But we’re not here to mull over the motorcycle markets, instead we are primed to test two of the most exciting (and most powerful) single-cylinder motorcycles currently on sale – the Husqvarna Svartpilen and Vitpilen.

Featuring the same unit that propels the zany KTM 690 Duke, this thumping 75bhp single is packaged in two very distinct flavours. And although much of the hardware is shared between both models, they very much boast a distinct character and we have it on good authority that we are among the first to sample the delights back-to-back.

The Vitpilen, which means ‘White Arrow’ in Swedish, was the first Husky street bike on the scene, boasting hard-edged modern styling that took pinches of cafe racer culture and lavished it with a number of high-tech design elements.

It’s about as close to a motor show concept machine as things can get, with the shapely plastic fuel tank leading in to a sleek seat unit and the rider faced with a compact cockpit, neat round digital display and slightly dropped bars for a racy riding position. 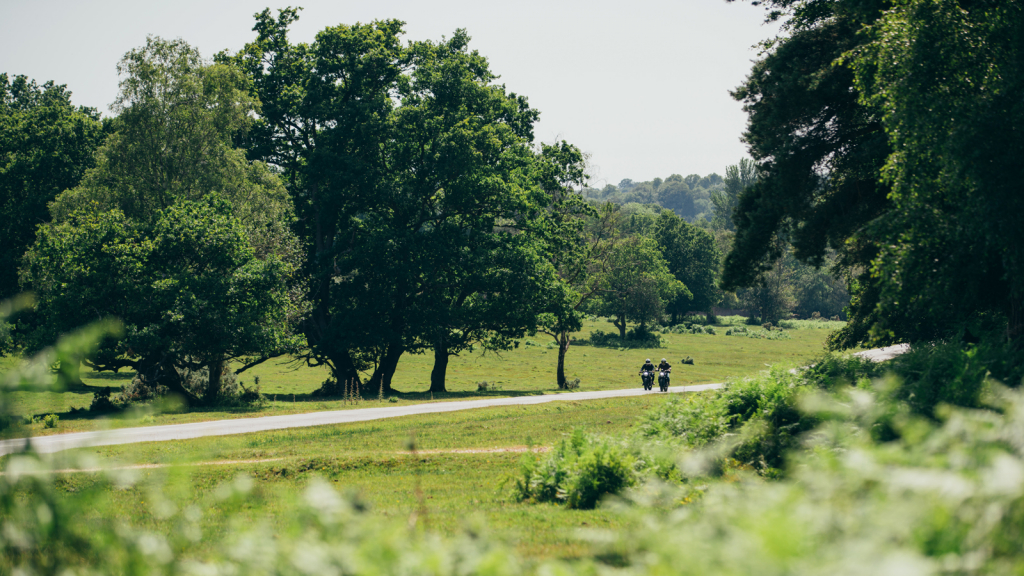 The Svartpilen (or Black Arrow), which arrived soon after, takes a slightly more street scrambler approach to its design, with wider, more upright bars and numerous body panels and plastic additions that mimic those found on flat track racers.

Both bikes share the same excellent WP suspension system, although the Svartpilen sits slightly taller than its cafe racer counterpart, and the same intricate trellis frame lies underneath the exterior body work.

To be brutally honest, the slightly sleeker Vitpilen is the more visually impressive of the two, with its low slung bars and tapered rear really suiting the overall aesthetic. It’s also the bike that draws the most attention when it is out and about. Perhaps it is the frosted silver paint job with contrasting floor yellow accents that pulls in the eyeballs, as opposed to the stealthy black of its more upright counterpart. 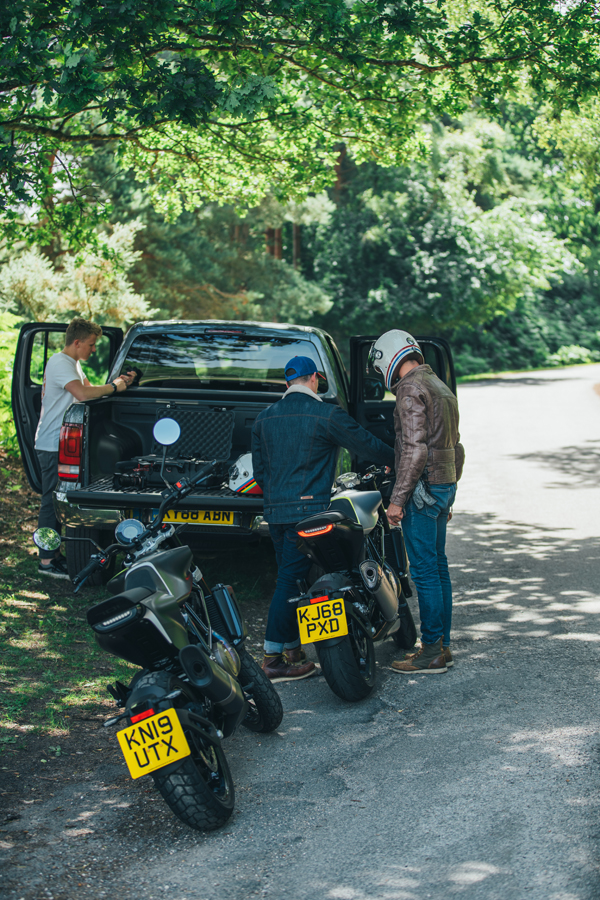 However, the punchy single-cylinder engine remains the same across both and it’s a ballsy move from the Swedish marque. Often not as refined as their two, three or four-cylinder counterparts, these big singles can prove a bit of a shaky handful in a bike that’s been designed for nippy city riding, but not so here.

Some will argue that this is merely a KTM 690 in disguise (and to some extent, it is), but that would be doing it a great disservice. Both the Svartpilen and Vitpilen look fantastic in the flesh, boasting enough bodywork and design touches to set them apart from each other, let alone sister brand offerings.

Weighing in at around 166kg, both of the road-going Huskies feel incredibly light and nimble on the road. The frames are so easy to throw in and out of the curves, it sometimes feels like riding a mountain bike with an extremely powerful engine bolted to the frame. 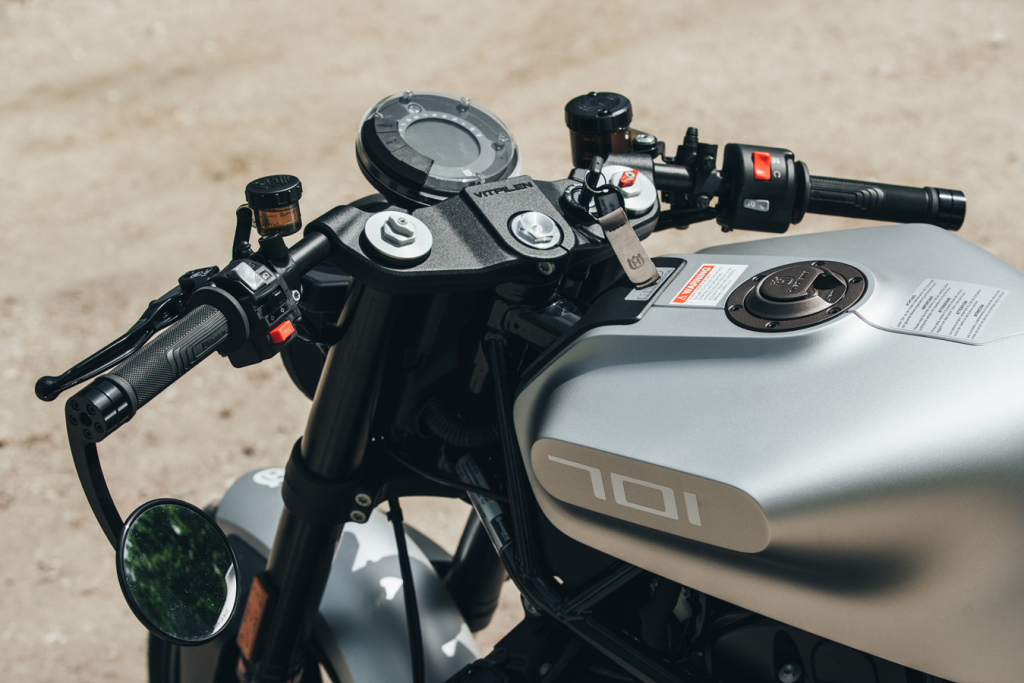 Our day with both bikes took in some of our favourite riding routes, which are only accessed by first slogging through some busy city traffic. Immediately, the more upright Svartpilen feels like the machine to have around town.

The wider bars and seating position make it more ‘flickable’ than its lower-slung sibling and it wasn’t long before riding buddy Elvis started to complain that a lot of his bodyweight was being transferred to his wrists on the Vitpilen.

However, both machines are extremely easy to live with thanks to a light clutch action (complete with slipper clutch on the way down the gears) and extremely precise throttle mapping. Anyone hopping off a V-Twin, or anything with more than one cylinder, will note the vibration felt when the revs dip below 3,000rpm. 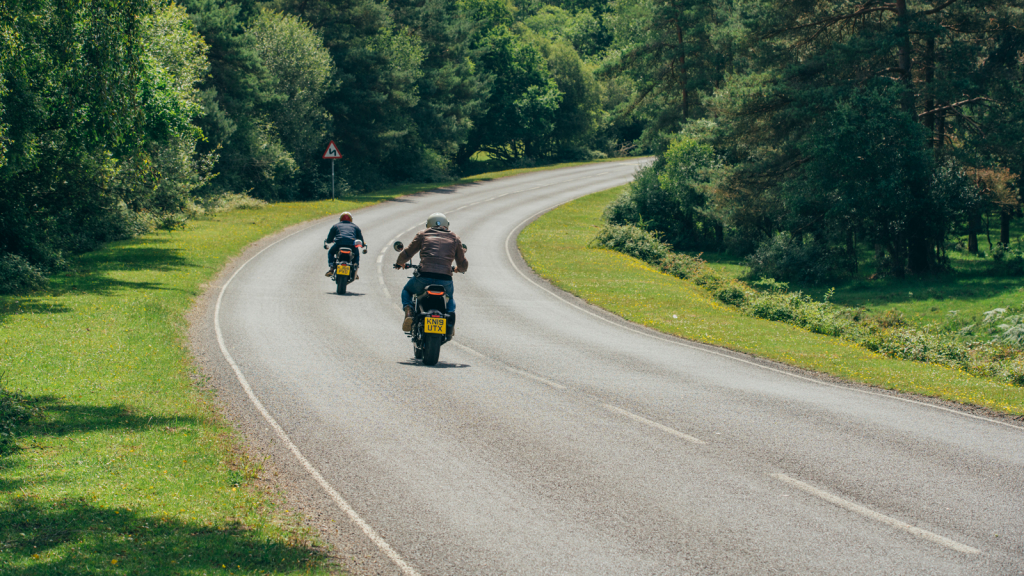 In fact, it’s easy to be fooled into thinking the bike is going to stall if the clutch isn’t hastily pulled in, but it’s not the case. It’s just lumpy and lower revs and takes a little bit of getting used to.

Once that’s mastered, it is not long before the riding experience feels extremely natural, with both machines doing a great job of becoming an extension of the rider. Corners can be taken with plenty of confidence (and speed), while slow speed manoeuvring is beautifully simple thanks to a lack of kilograms to lug around.

Personally, the Svartpilen felt like the more enjoyable machine to ride around the twisty, tree-laden route we enjoyed, as its scrambler-like configuration just begged for the bum to be shifted forward slightly, elbows extended and bike buried into the tarmac like a motocross machine on a muddy field. 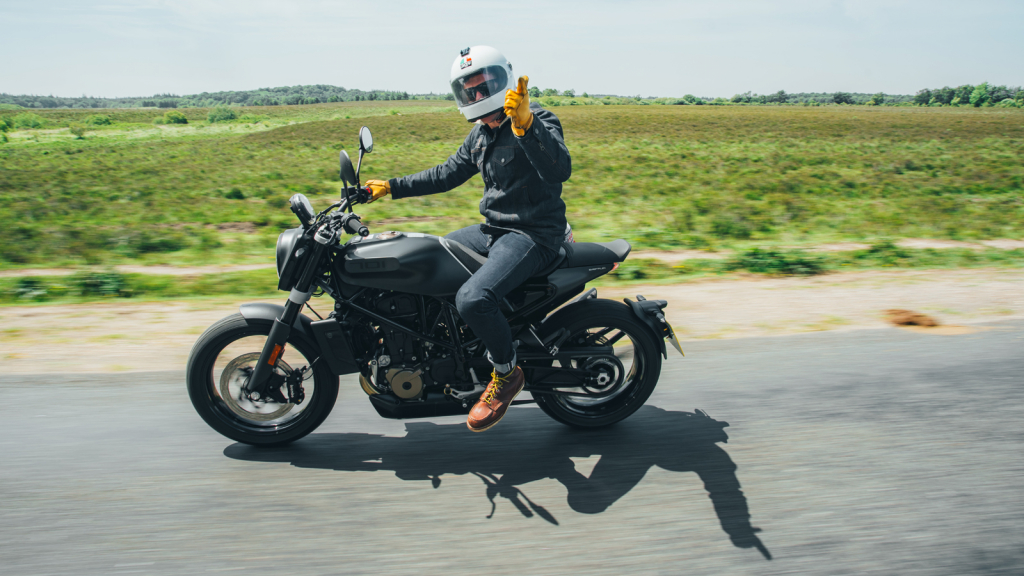 The Vitpilen is more geared towards those who like to get the knee down and the riding position is nice and tucked up behind the clip-on style handlebars. The Brembo brakes are unsurprisingly sharp but progressive, the throttle response is linear and bike eager to turn.

There’s barely anything in terms of engine braking, which can take little adjusting to, while the exhaust note is irritatingly muffled. Setting that free would be one of the first things on our list.

It’s very difficult to compare Huskies range of street bikes to the competition, purely because they don’t look or ride like anything else on the market. They are by far the most entertainingly powerful singles money can buy and their unique take on the scrambler and cafe race genre is tricky to find elsewhere. 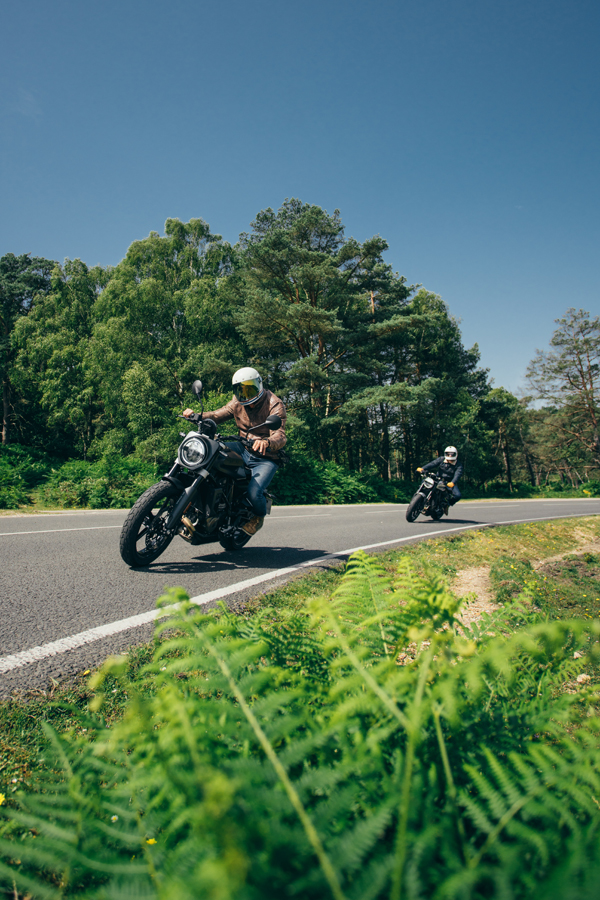 We’ve got some beef with some of the finishing kit and switchgear, which feels cheap and plasticky for a bike that costs the best part of £9,000 at full retail price. The circular digital clock also doesn’t fit with the rest of the sharp styling and is mounted in a potion that makes it difficult to glance at when riding.

But everything else is refreshingly simple. Traction control is either on or off (hold the blank black button on the clocks to disable it) and Husqvarna even includes its own version of a quick-shifter to make cycling up and down the gears faster and easier.

The chances are that if you’ve read this far, you’re probably in the market to buy one, but which is better? That really comes down to personal tastes, because we feel the Svartpilen makes the most accomplished city machine, purely because it is the easiest and most comfortable to throw in and out of busy city traffic. 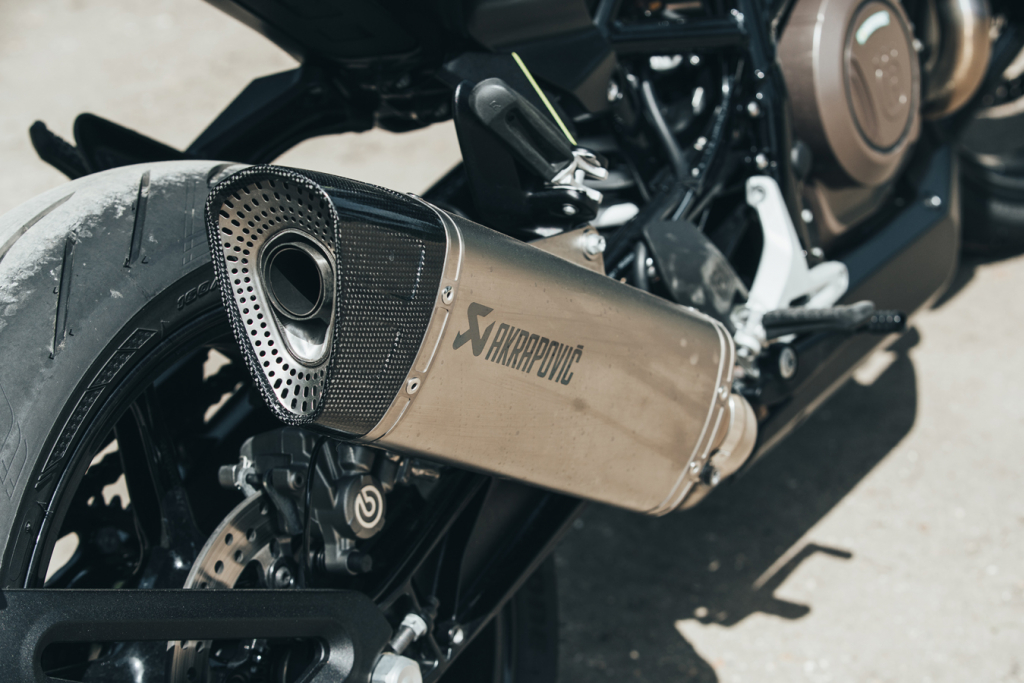 But then the Vitpilen is the nicer bike to attack favoured curves and, in our opinion, it looks better. Let’s just say that if you’re in the market for a sleek street machine, your shopping list just got a little longer.

A version of this article was written for DriveTribe. You can check that out here.