Loves 35mm film about as much as she loves classic bikes. If it's got two wheels, Rachel shoots it

Things get difficult in part two of Malle London’s epic The Great Mile rally, with the hefty mileage and bad weather taking its toll on both the riders and the bikes.

Here, Rachel Billings swaps her camera for a toolkit, as she joins part of the mechanical team for the final leg of the journey.

Jump in the car with event organiser Mimi today but the journey ends up being five hours of motorway and terrible traffic. 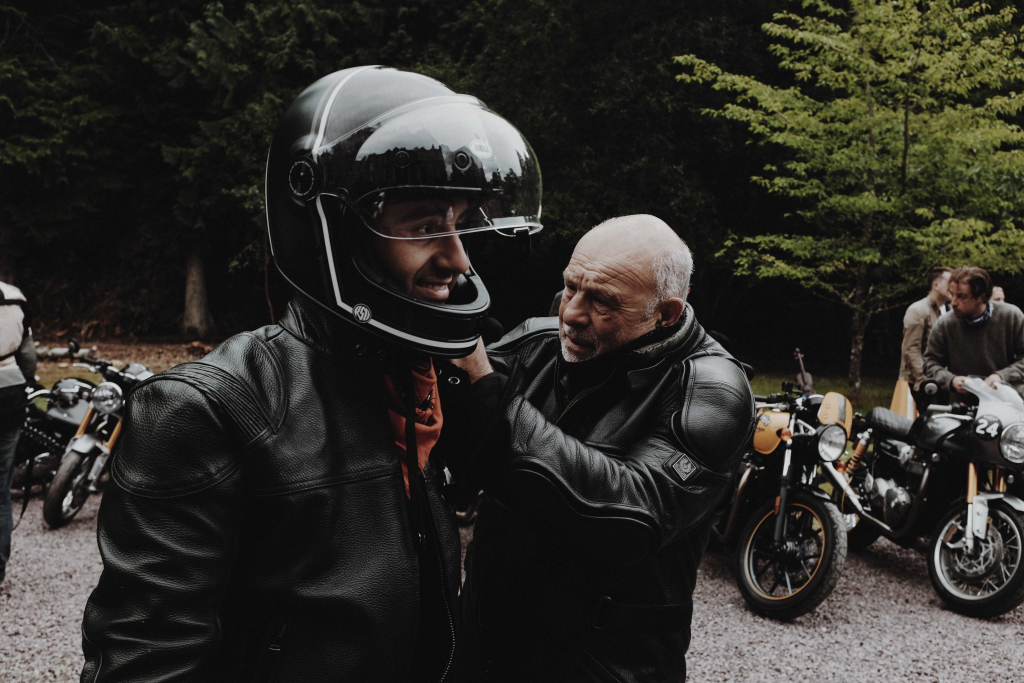 Camaraderie at its finest. Image by: Rachel Billings

Unfortunately, I don’t get to see as many bikes as I want to, as I do the majority of the driving while she powers on with admin and all the others bits the rally needs to function.

We drop a rider off at the station today, as his bike had broken down the night before. So he decides to head home to pick up another bike and carry on the journey. What a superstar.

After a long slog, we arrive at Warren Farm and to a huge field with lots of hot showers specially ordered in for the Great Mile participants. 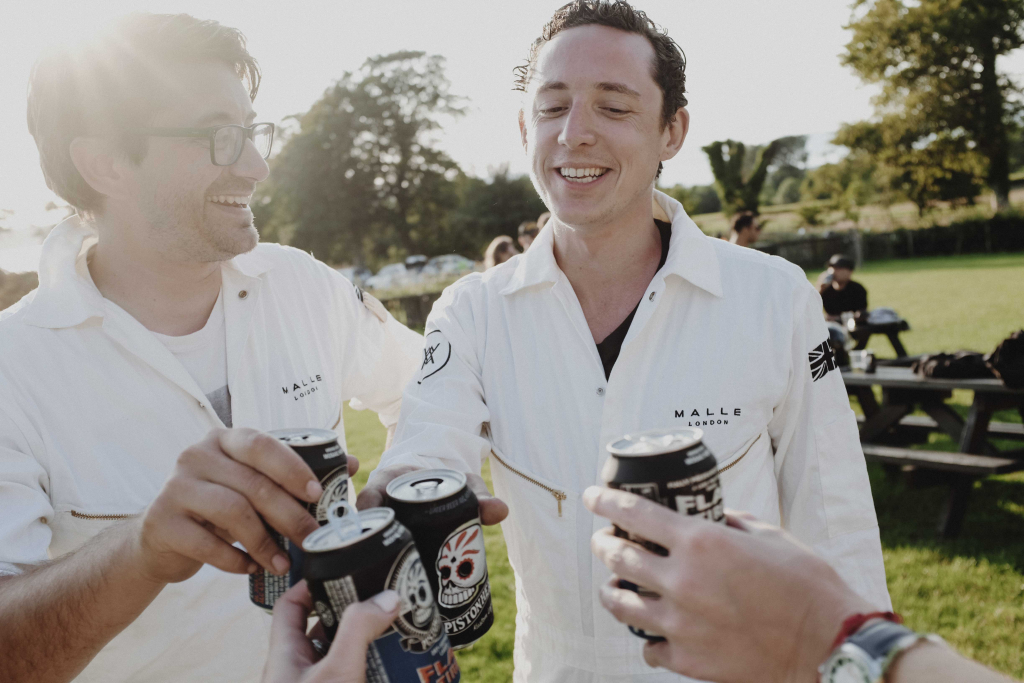 I set up the camp and make it homely by putting beers on ice, plonking some sweet treats on the rider’s pillows and sticking some of the large the flags up to inform everyone that they have arrived.

A guy called Mike is here to help – he started the race last year but had to quit after two days. He says he’s come to finish what he started.

“Another storm is coming in, the winds are picking up and it’s been grey since early evening”

He heads down in to the village on his bike to help direct the riders to the final campsite. It’s been hammering it down on the riders all day, so the warm showers are a welcome sight. 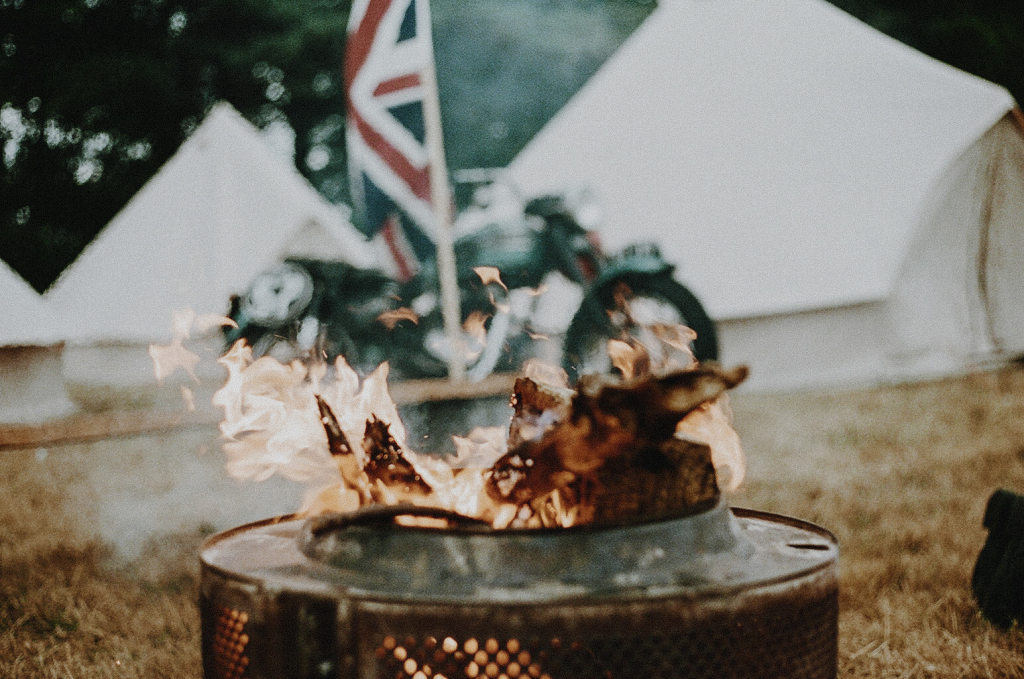 Another storm is coming in, the rain won’t let up and the winds are getting gnarly. It’s been grey since early evening but a feast of burgers, salads and lots of desserts, washed down plenty of beers and wine, help to lighten the mood.

It’s completely dark, the full moon is hidden behind clouds, and so we arrange the cars to light our makeshift track for a bunch of impromptu mini bike races, which lead to multiple accidental wheelies and one crash. 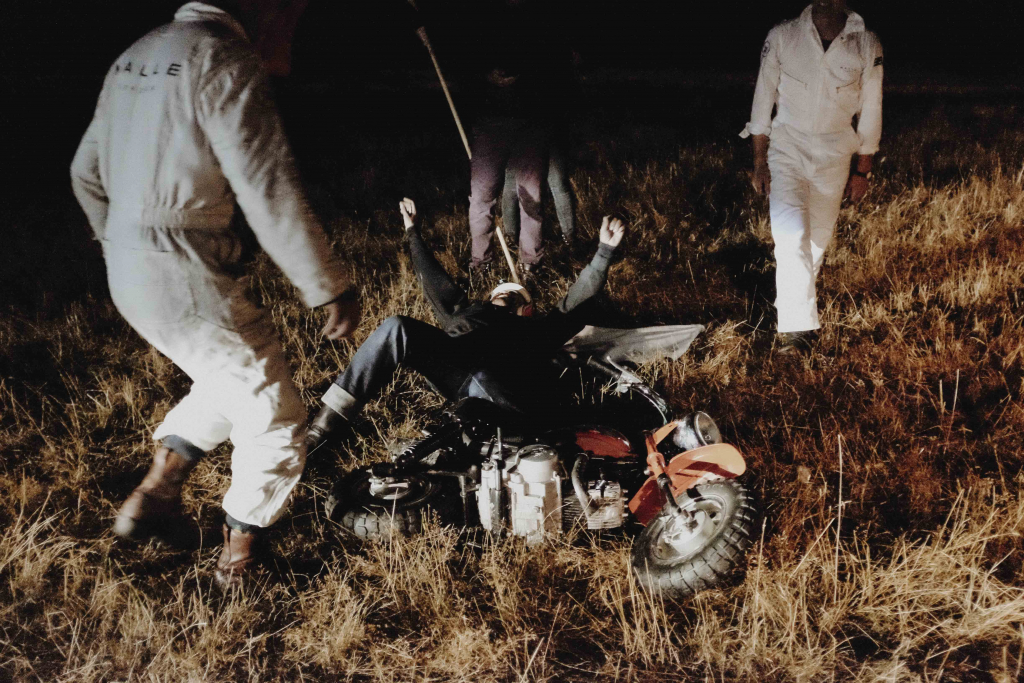 Another rider comes a cropper in the inky black night, so we decide to call it a night before someone’s Great Mile journey is cut short due to injury.

Another day of tasty pastries and pork sandwiches for breakfast greet us, as well as the welcome site of really hot showers.

It’s a sunny morning but a few of the riders are complaining of a lack of sleep after a storm decided to creep in during the middle of the night and ravage the tents. 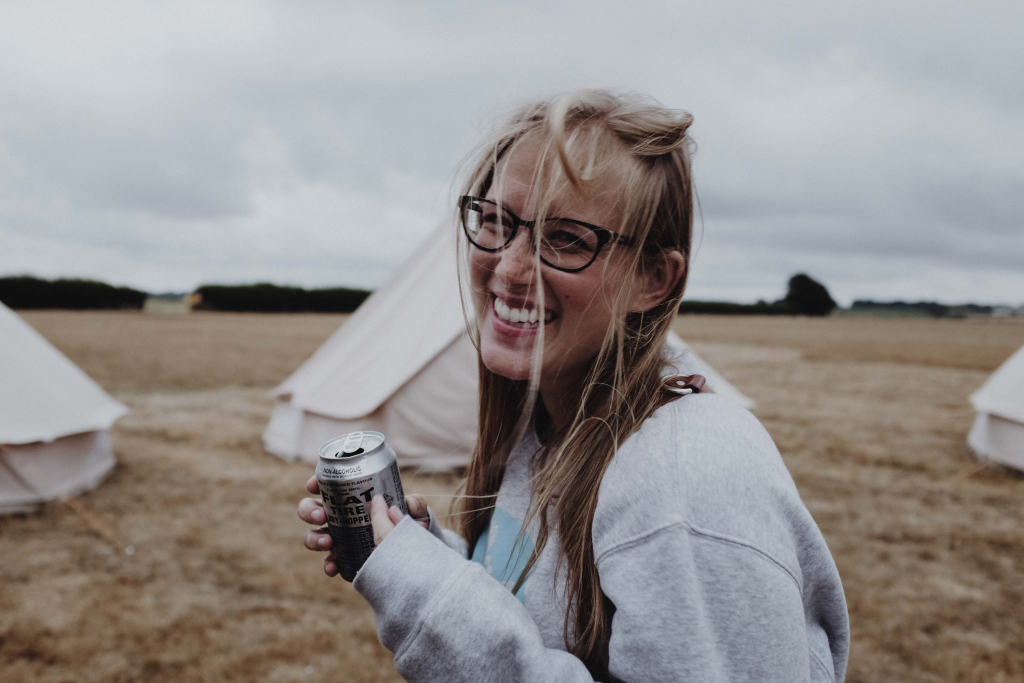 Unfortunately, more rain is forecast today for the last leg of this epic journey, so riders are prepping themselves for a soaking.

This includes a guy called Ravi, who is repairing holes in his ‘Captain Birdseye’ waterproofs and taping his trousers to make them extra water-tight.

“Another rider comes a cropper in the inky black evening, so we decide to call it a night”

Despite the slippery conditions, I hop on the back of Malle Robert’s gorgeous bike – a 1957 Triumph Thunderbird – to snare a few shots from an angle that I haven’t managed to grab yet. 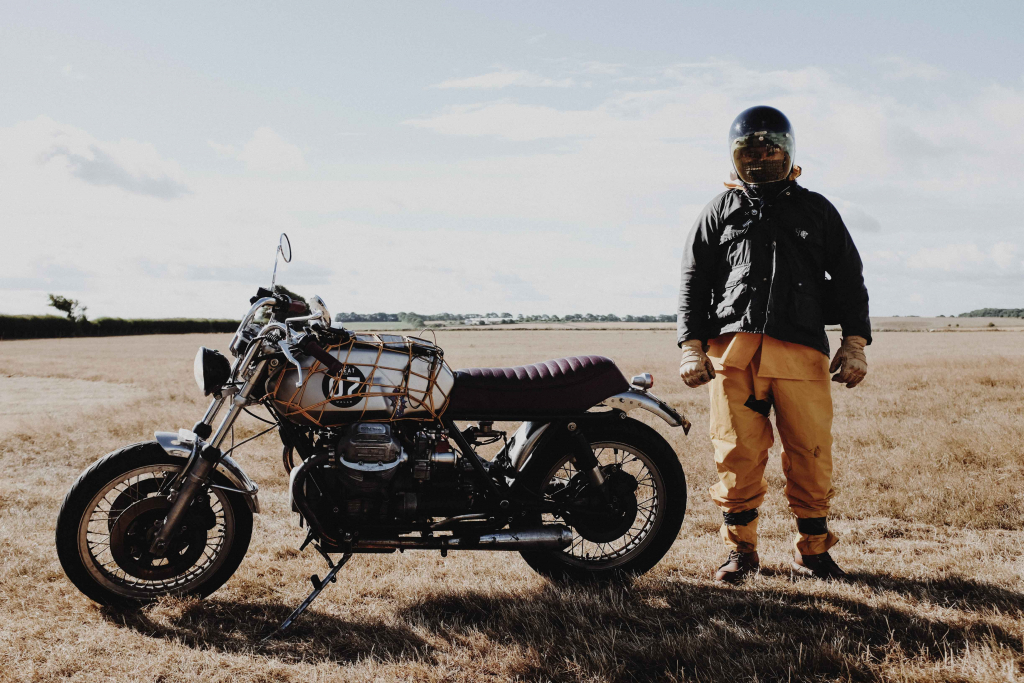 We slice through Cheddar Gorge, powering on amidst the rain and hail, but we keep pushing and pass a bunch of riders that have decided to ditch the bikes and seek shelter until this apocalyptic weather front moves on.

Then, as if by magic, the rain clears and stunning blue skies begin to blossom overhead. But Robert’s bike decides to ruin the mood by breaking down, spluttering and losing power, so we stop in a lay-by that happens to be in front of a house.

A ridiculously friendly man brings out tea and biscuits while we bodge a few repairs and wait for Calum the mechanic to arrive with more supplies. 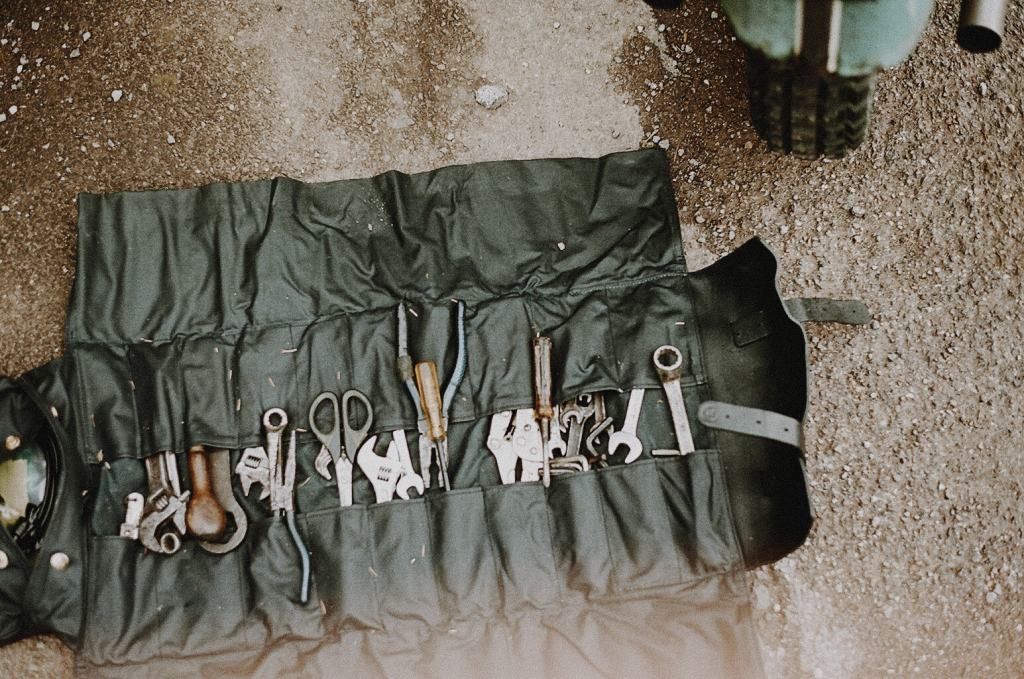 Tools of the trade. Image by: Rachel Billings

Our saviour arrives and together they change spark plugs, top up oil, but realise the battery has swollen in the rain and is becoming worryingly hot. Apparently, there’s a guy 25 minutes away with a 6Volt battery, so we are forced to head that way if we are to make it to the end of this trip.

West Coast Imports Ltd. turns out to be a glorious treasure trove of Japanese bikes, with around 300 rare and interesting machines all stacked neatly inside a tiny warehouse.

We chat to the owner, who feels our pain, and secure the much-needed battery before we head off. The old bike appreciates the new parts and it feels like we’re running better than ever. 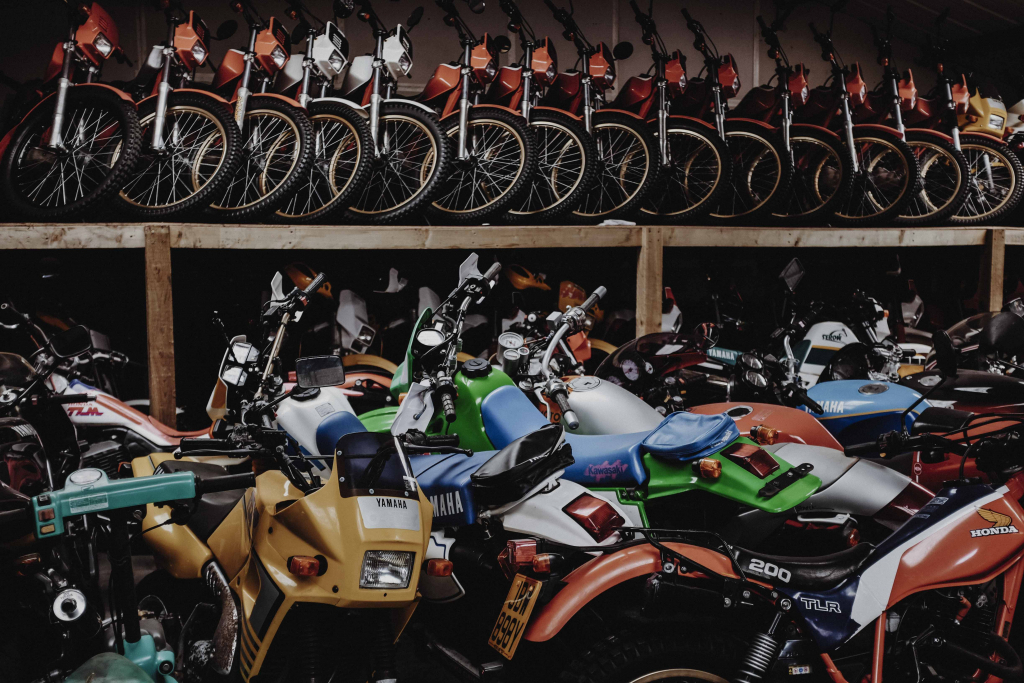 It doesn’t last for long, because as we’re casually winding our way through Bridgewater, with the second checkpoint at Dunster Castle in the distance, the bike splutters, backfires and we roll to a stop in the middle of bloody nowhere.

The only saving grace is a place called the Black Cat Garage – an abandoned-looking gas station that has the eerie aura of an American slasher movie.

The new battery is completely dead, so we both wander up and down the hills trying to get reception to call Calum the mechanic and beg him to put the bike on the trailer. 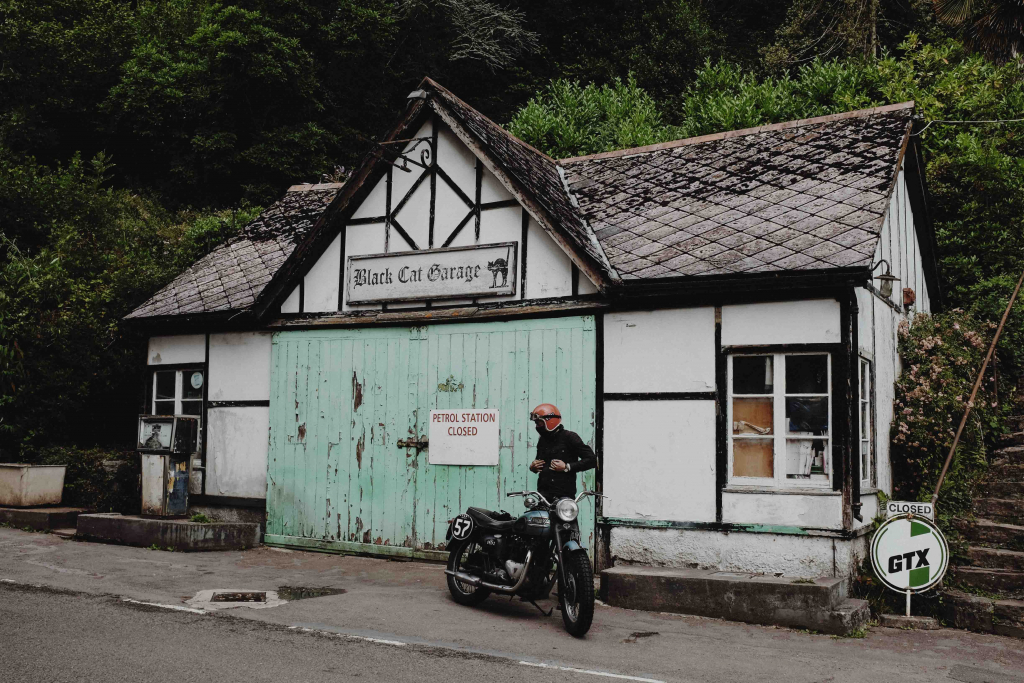 Suddenly, a face pops up from the other side of a wall and a voice bellows out: “I used to have one of those!”

It turns out the garage owner, Fred, is a pretty handy mechanic and he locates a 12Volt battery, charges it and Robert manages to shoehorn it into the bike’s frame.

“The new battery is completely dead, so we both wander up and down the hills trying to get reception”

We stay a while and chat to the excellent Fred, who explains that he has owned this garage since the 1970’s, but he retired in the early 2000’s after years of pumping petrol for locals and travellers passing through. 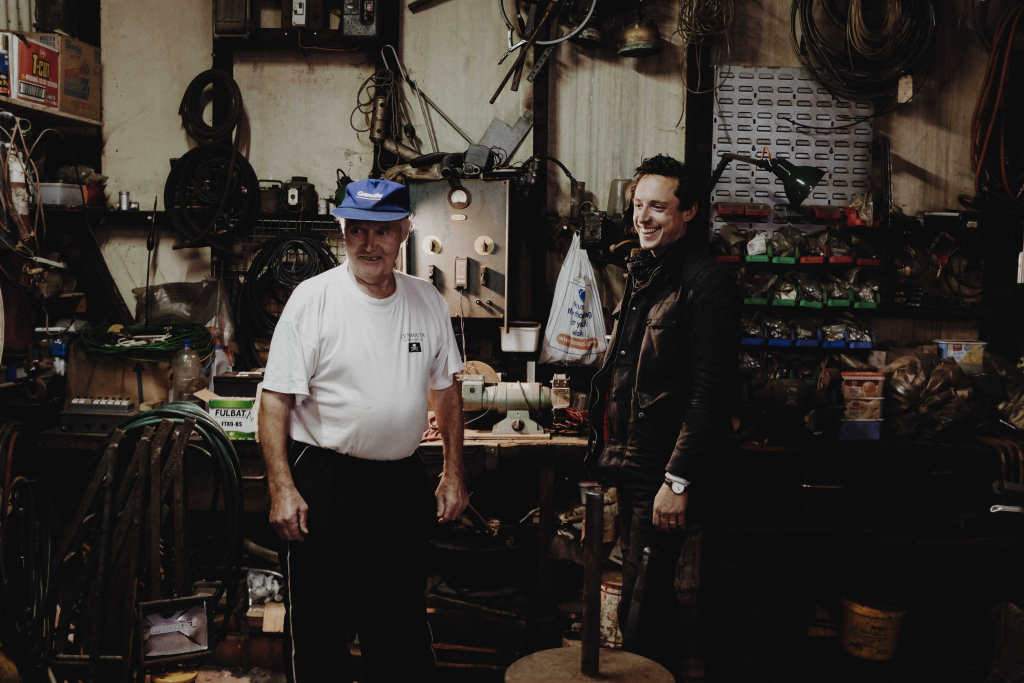 His garage is a veritable feast of mechanical memorabilia, unicycles, bicycles, and all matter of motorcycle parts and posters.

We say our goodbyes and head off on the road again, heading towards Dartmoor National Park.

It’s raining now, but the skies over Dartmoor look sunny, so Rob guns the throttle before realising the key has slipped out of the ignition somewhere along the way, yet the bike still runs. 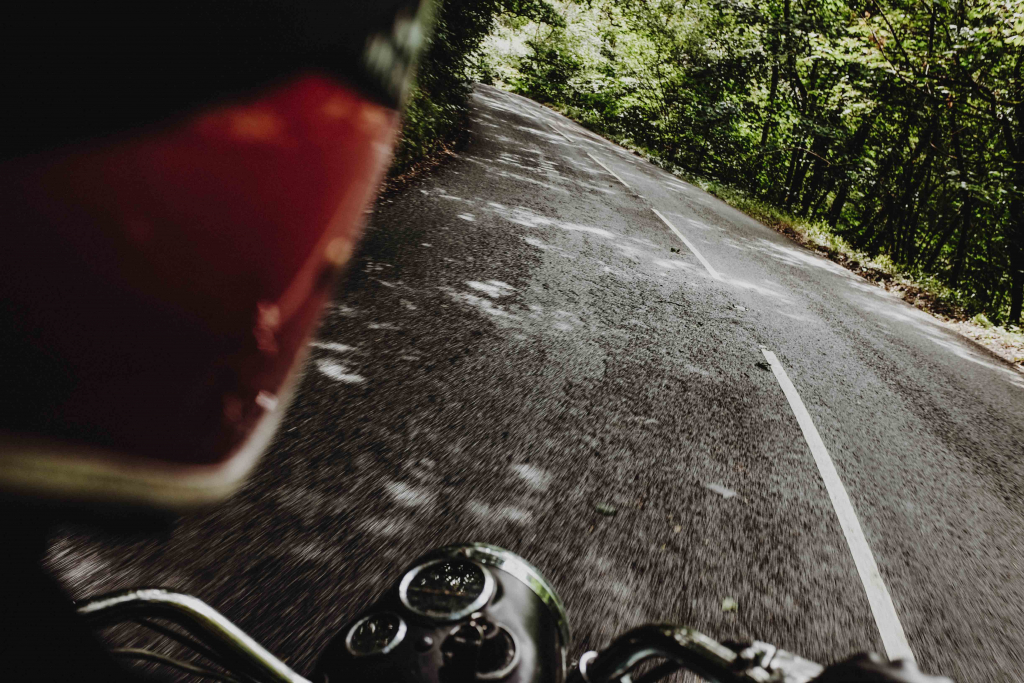 Not for long, as several mechanical failures later and it looks like Rob’s bike, which used to belong to his father, might not make it to the end of this mammoth adventure.

Calum the mechanic agrees to meet us but amazingly, the old Triumph kicks into life just as he arrived. I’ve had enough of breakdowns for one day, so jump in the warm Land Rover for some much-needed shelter.

Robert decides to ride ahead and somehow makes it to Lizard Point with a huge grin on his face. 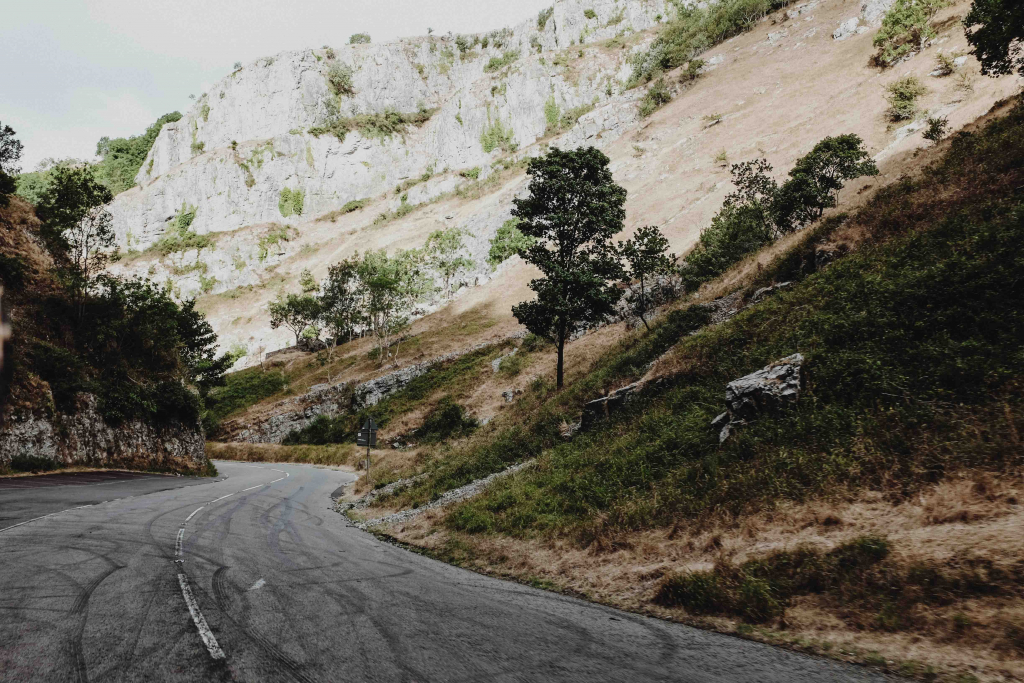 The best kind of road. Image by: Rachel Billings

The weather is awful, with 60mph winds and rain battering all riders, but everyone is at the final point, huddled together under a marquee, polishing off the last of the wine and beer and catching up with friends and family who travelled down to meet them in Cornwall.

One final night of great food and booze with the crew before an early departure tomorrow.

Some riders sensibly decide to load bikes onto a transporter and catch public transport or grab a lift to make it back home, while others decide the only way to do it is to load up and continue riding. 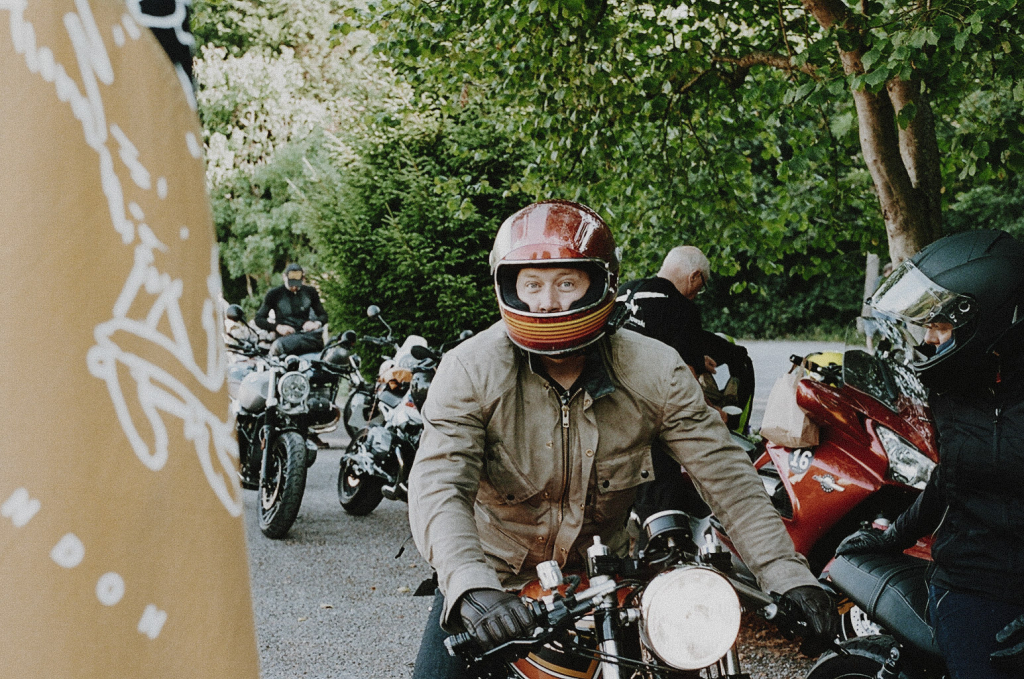 These guys and girls are a hardy bunch but the camaraderie and good times make it all so worth it. This is an experience I will never, ever forget.

Inside Malle London’s The Great Mile 2018: Part One

Dispatches from the Malle Mile

Inside Malle London's The Great Mile 2018: Part One

Dispatches from the Malle Mile