The chaps at Cotic Bikes are celebrating a 15-year anniversary this year. This small outfit, owned and founded by Cy Turner (Cy Cotic, geddit?), has been designing and manufacturing the kind of hardy steel mountain bike proper dirt devotees want to ride.

With an HQ on the edge of the stunning Peak District National Park, the company now produces 11 models – all manufactured from steel – boasts seven staff members and a reputation that resonates far and wide across the global mountain bike landscape. 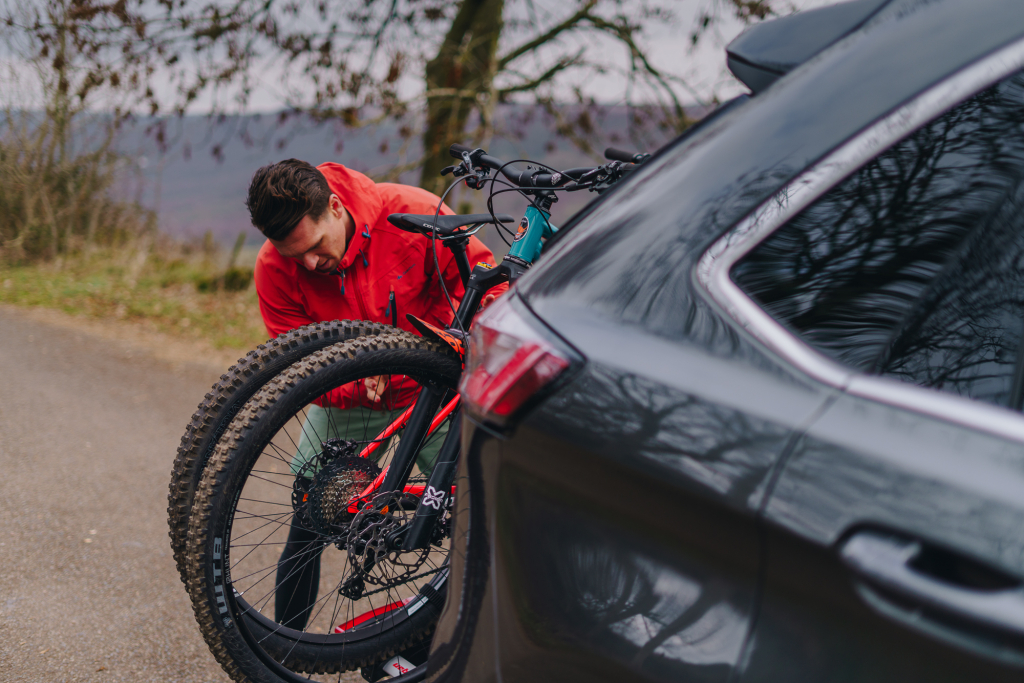 They are also massive Ford fans, with Cotic marketing man Richard Baybutt revealing that the company has always favoured the humble Transit van to transport bikes and staff to events and demos.

He pulls a sticker out of his pocket that features the brand’s unmistakeable black and orange Transit. Yeah, they really love Fords.

“The roads so far have been twisting and narrow, the large footprint of Ford’s Edge noticeable when forced to squeeze past the odd oncoming tractor”

The excitement is palpable when we turn up to Cotic’s HQ in Ford’s brand new Edge SUV, the rear of which is adorned with a bike rack so we can make the most of the sparkling steeds stood in front of us and tap into some local trail knowledge. 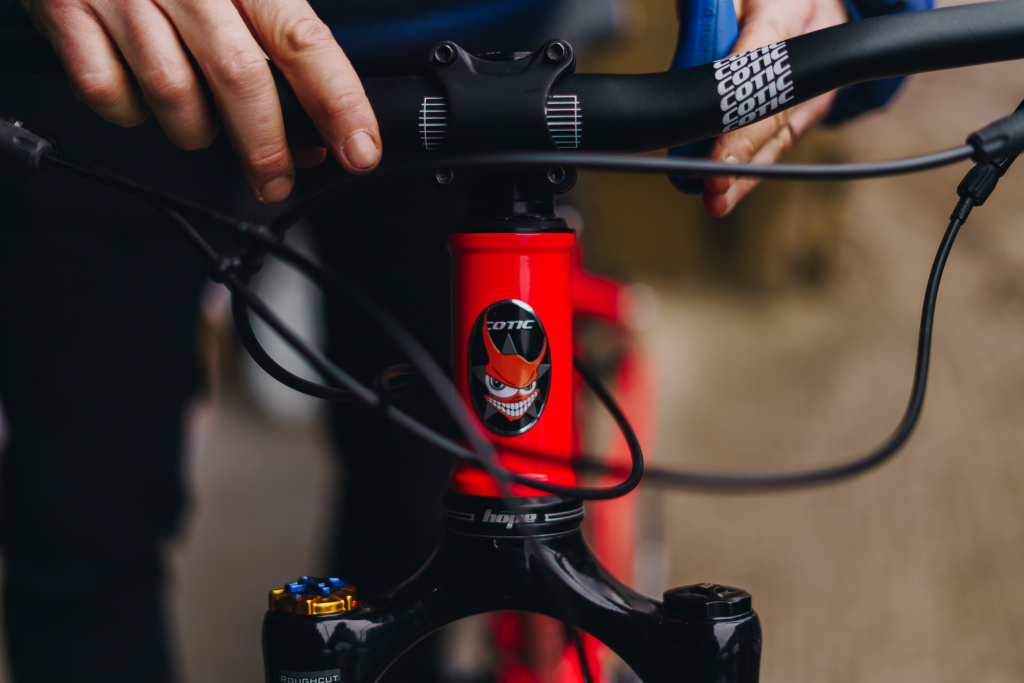 “You can borrow any bike you like from our demo room, but you’ll have to let me have a drive in return,” Rich exclaims before loading a couple of serious-looking downhill bikes on the back of the Edge.

Cotic generously donates 0.5% of its annual turnover to local trail projects, so the local route knowledge of its staff is second-to-none. With Rich as our guide, we pile into the Ford Edge and hit the local roads in search of fun.

This particular model is the lavish Edge Vignale iterant, with a 2.0-litre EcoBlue diesel engine driving 238hp through all wheels. It looks far more purposeful and stylish than its predecessor, which pinched many of its styling cues from the US-market model. 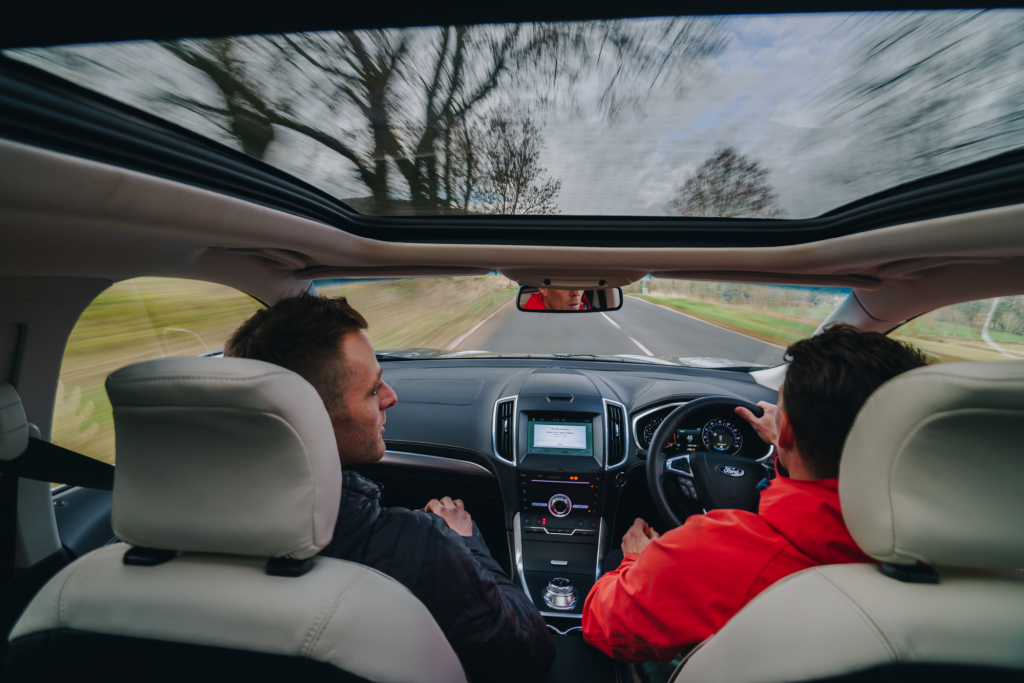 Inside, there’s a curious mix of leather and plastic, with some switchgear featuring jewel-like elements for a more premium feel. However, the infotainment system and its surrounding plastic buttons break the luxurious illusion somewhat.

Still, it’s immensely comfortable from the driving seat and the more powerful diesel engine does a good job of dragging two bikes, three guys and a load of camera and cycling gear along the road. 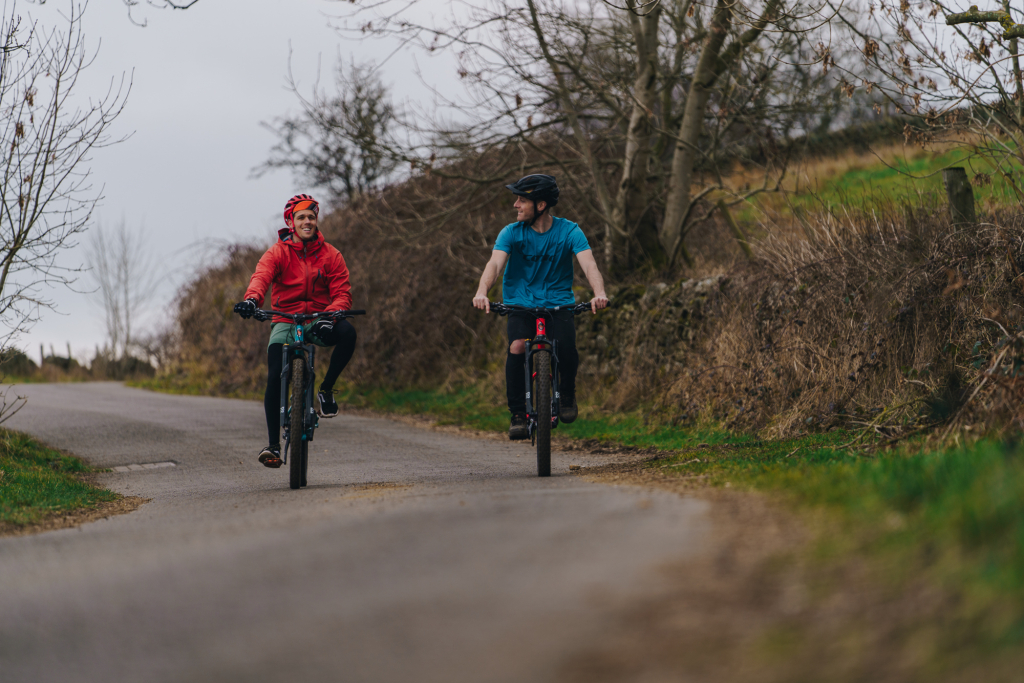 The roads so far have been twisting and narrow, the large footprint of Ford’s Edge noticeable when forced to squeeze past the odd oncoming tractor or HGV, but we are soon up in the hills where few other vehicles bother to travel on a drizzly mid-week day.

We stop at the crest of a climb, park up and retrieve the cycles from the rack. The Edge’s cavernous 600-litre boot is full of helmets, jackets and cycling gear, so flick open the powered tailgate, suit up and wheel the bikes across some farmland and into an area of dense woods. 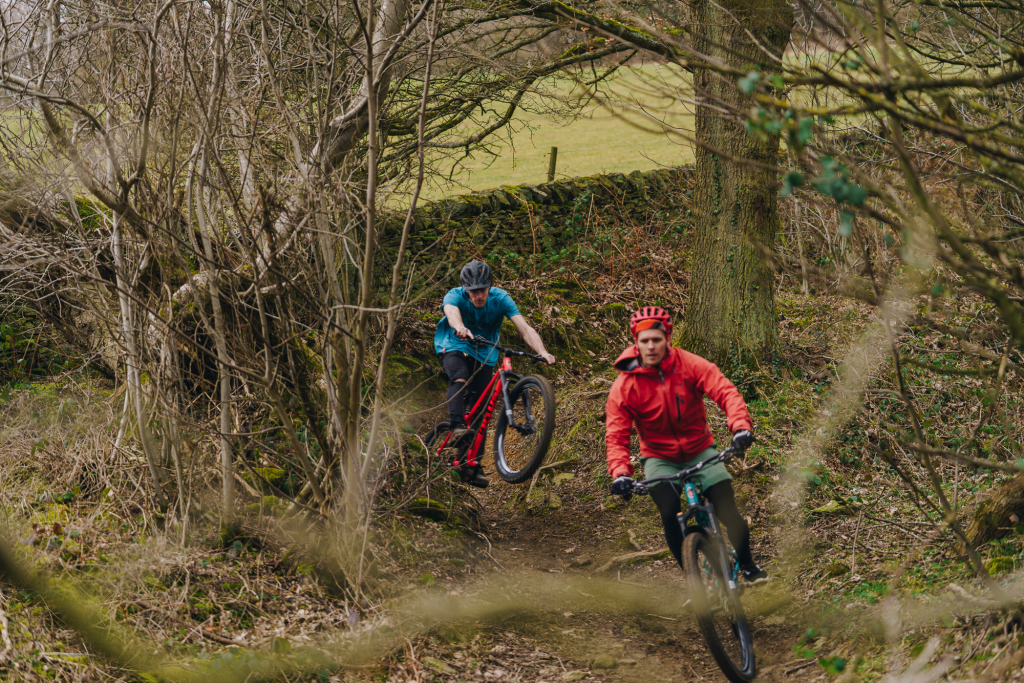 From here, it’s a short hike to the start of one of Cotic’s favoured trails, which slithers and snakes down the side of an impressive hillside near the village of Eyam, famed for its role in the Great Plague, but that’s probably a story for another time.

“Cotic generously donates 0.5% of its annual turnover to local trail projects, so the local route knowledge of its staff is second-to-none”

The steep route features berms, jumps and numerous tree stumps that threaten to throw rider and bike into a nearby dry-stone wall. It’s fast, furious and stupid amounts of fun, so we cycle and then push our bikes to the top for another go. 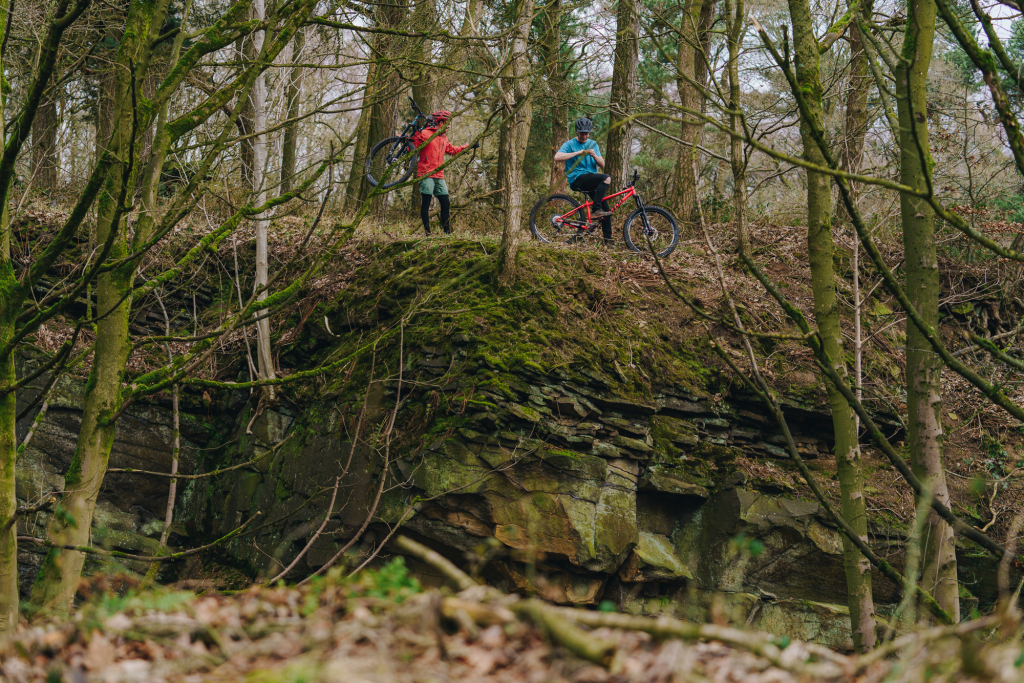 As fun as pounding deserted trails is, Rich has to get back to HQ and actually do some work, so we drop him back, load up on oatcakes from a local baker and swap out a mountain bike for a road-going steed.

We want to hit a few famous climbs before our time in the Peaks is up, so punch a route into the infotainment system, which handily features Apple CarPlay so the boss of all navigation apps (Waze) can be used. 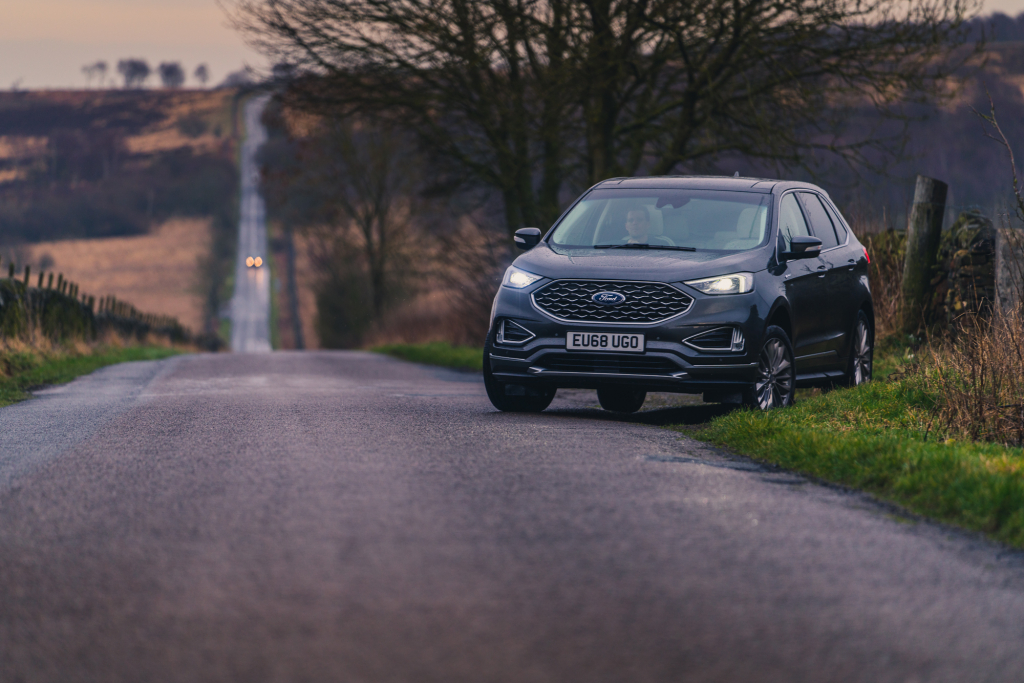 The enormous panoramic roof of this Edge Vignale affords some spectacular views of the various peaks and climbs that make up the area. Unfortunately, the weather is against us today, but the light is phenomenal when Mother Nature occasionally decides to throw down some rays.

We deliberately take the A623 towards the Winnats pass, which ribbons across stunning valleys and through gorges, giving us ample opportunity to test the Edge’s handling. 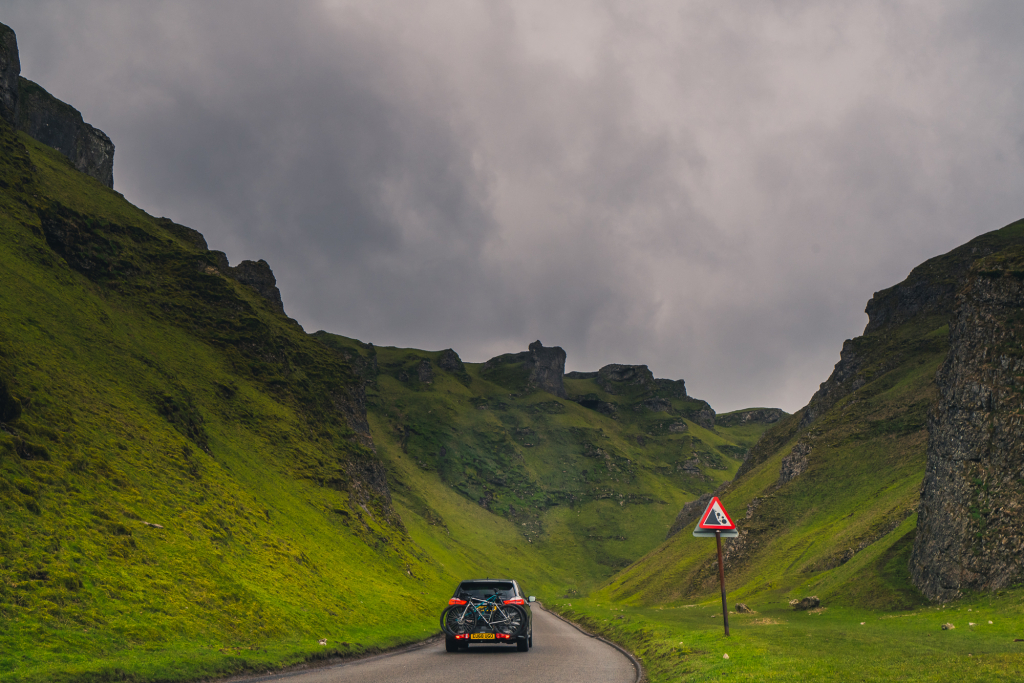 This is no sports car but the chassis feels composed and the steering offers more feedback than most lumbering SUVs in this class. It’s a big vehicle though and we can’t help thinking the firmer ST-Line model would be the pick if you’re into throwing it around.

But that cavernous boot is loaded up with precious cargo, not to mention the bag of delicate oatcakes on the rear passenger seat, so we take it easy before parking up at the foot of Winnats Pass. 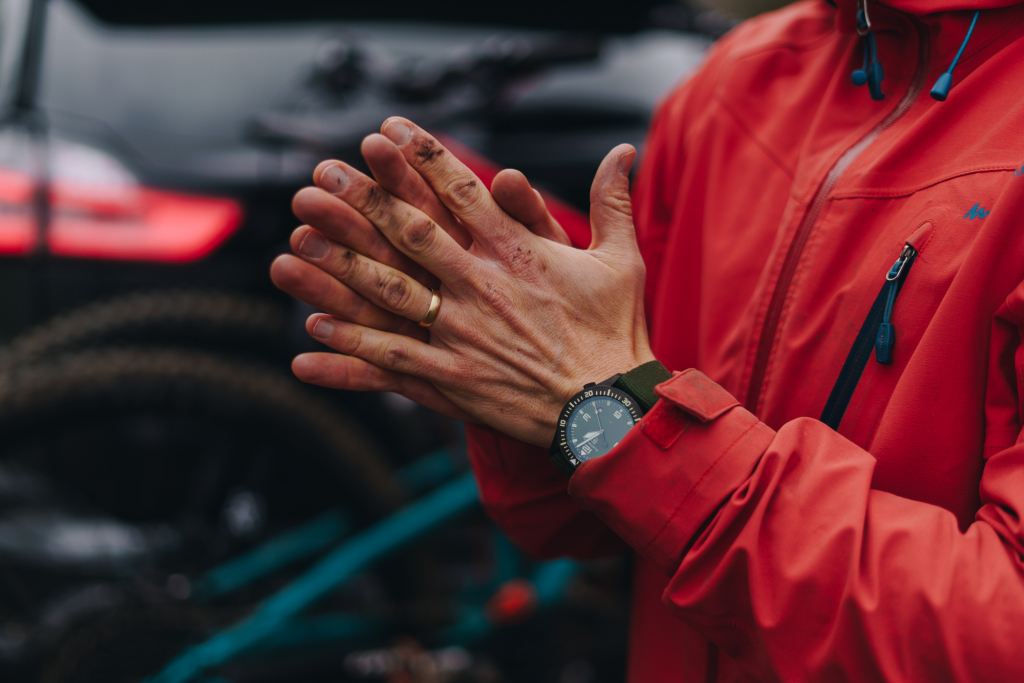 The road ahead slices through a lush, green valley that’s flanked by ancient rock formations and it feels like the perfect place to test Cotic’s Escapade “life bike”. Staying true to the company’s obsession with steel, it’s a lovely thing to behold but packs the drop bars and gearing to tackle climbs like this.

“We deliberately take the A623 towards the Winnats pass, which ribbons across stunning valleys and through gorges, giving us ample opportunity to test the Edge’s handling”

With the wind howling and rain starting to lash down on the road surface, we un-rack the bike and I embark on the climb ahead. It’s cold, painful and an embarrassing insight into my lack of cardiovascular fitness. 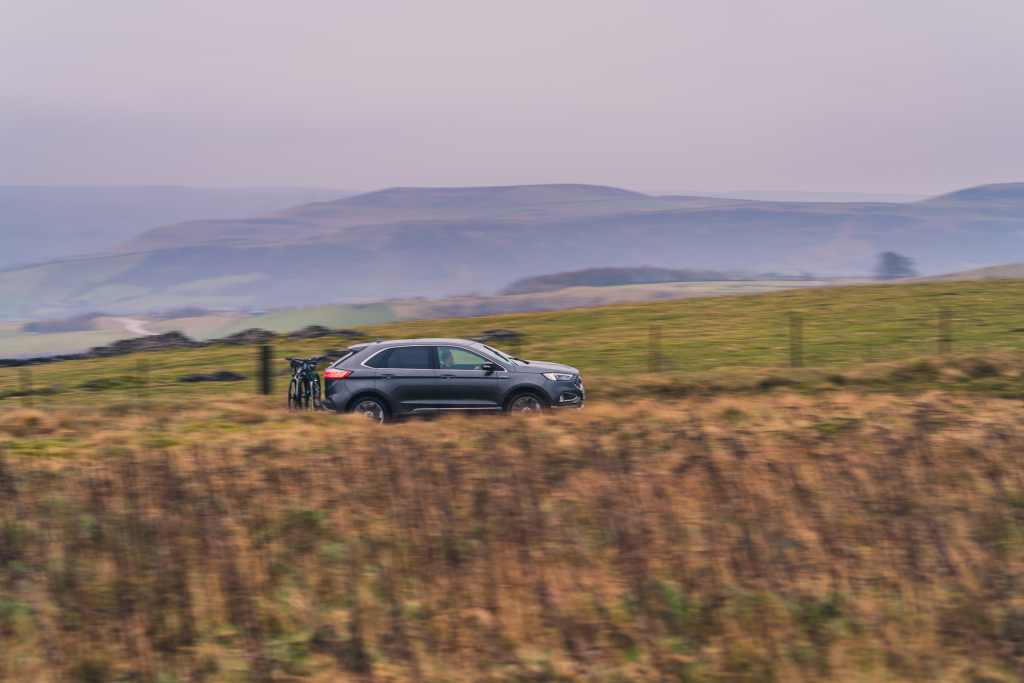 Thankfully, the Edge is parked at the summit, heaters blasting and large sumptuous seats beckoning. The Peak District is beautiful and the cycling opportunities are second-to-none. But I’d much rather explore it by car.

Through the lens: capturing the fastest cyclist on earth

Through the lens: capturing the fastest cyclist on earth