The skies are bruised and purple, the ground underfoot is sodden and the temperature is cold enough to transform every exhale into a miniature jet of steam, but that hasn’t prevented a group of hardy riders from turning up to this top secret location with their AJS Tempest Scramblers.

This ride will take in some of the best riding routes in the North Wessex Downs, offering plenty of taxing obstacles and surfaces at the best of times, let alone when it hasn’t stopped raining for several days beforehand. You might be asking yourself why – and we’d be inclined to agree as we stand ankle deep in a bog waiting to capture on of these hardy 125cc machines zipping by- but the the grins visible underneath helmets provide the only answer you’ll ever need. 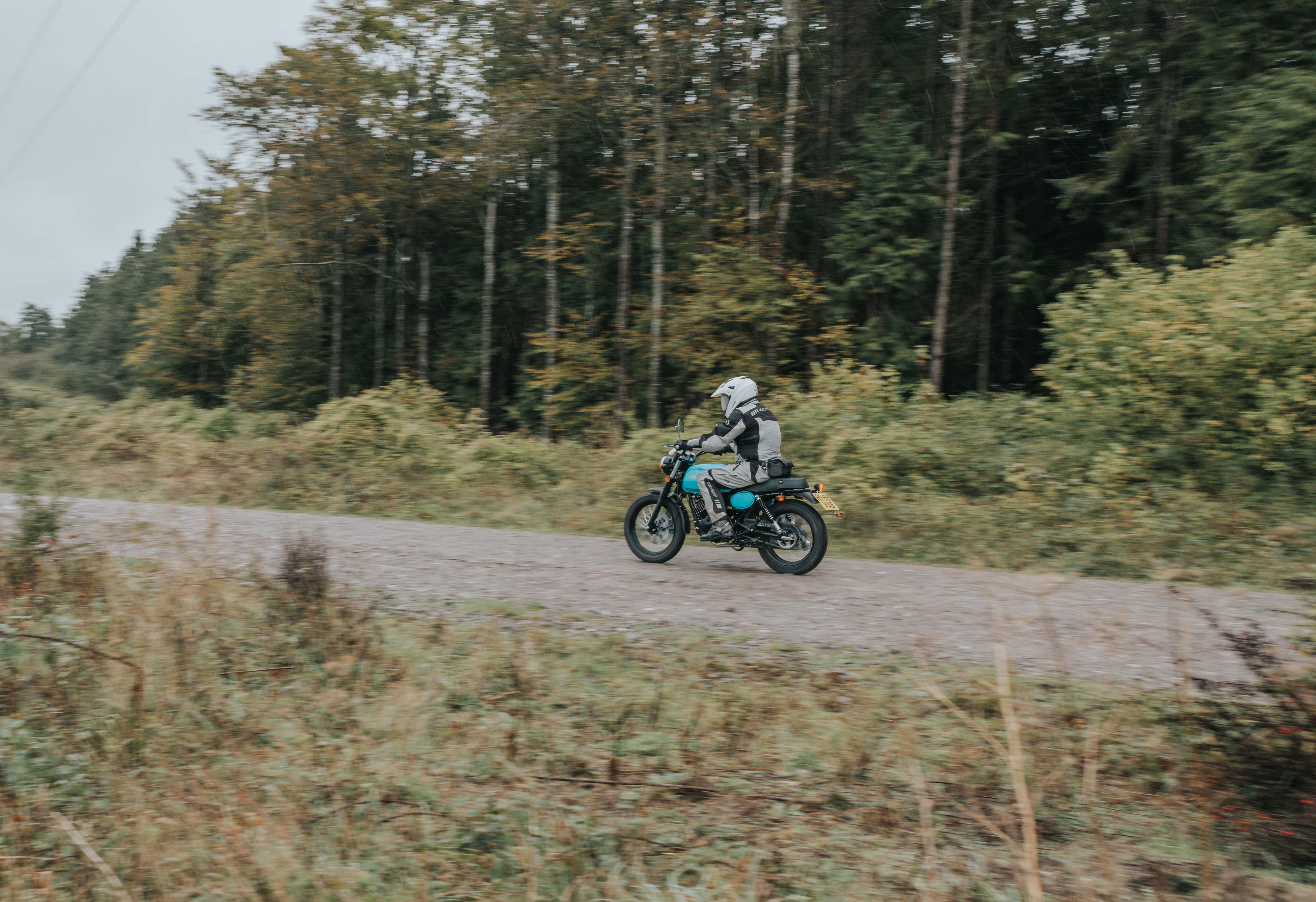 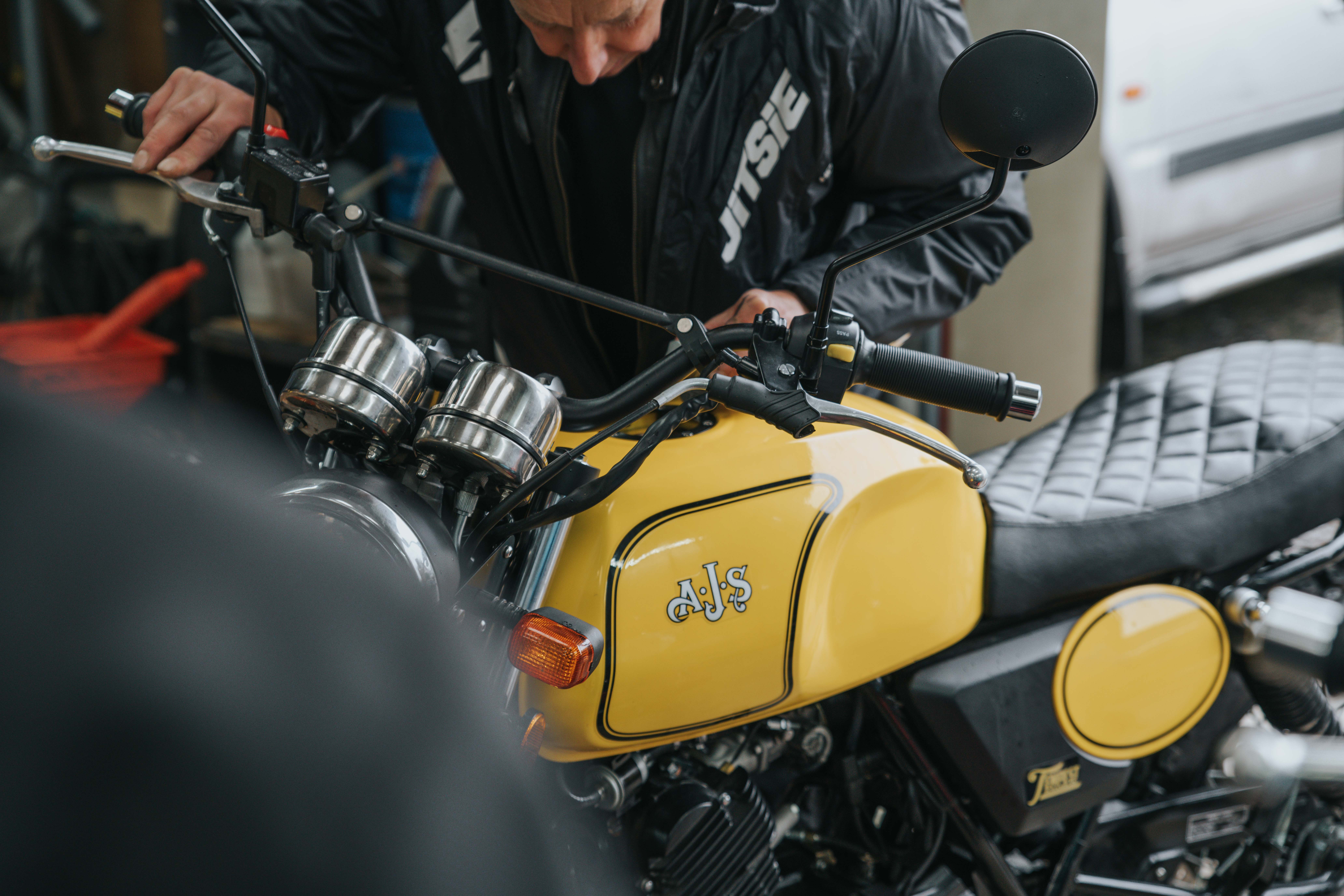 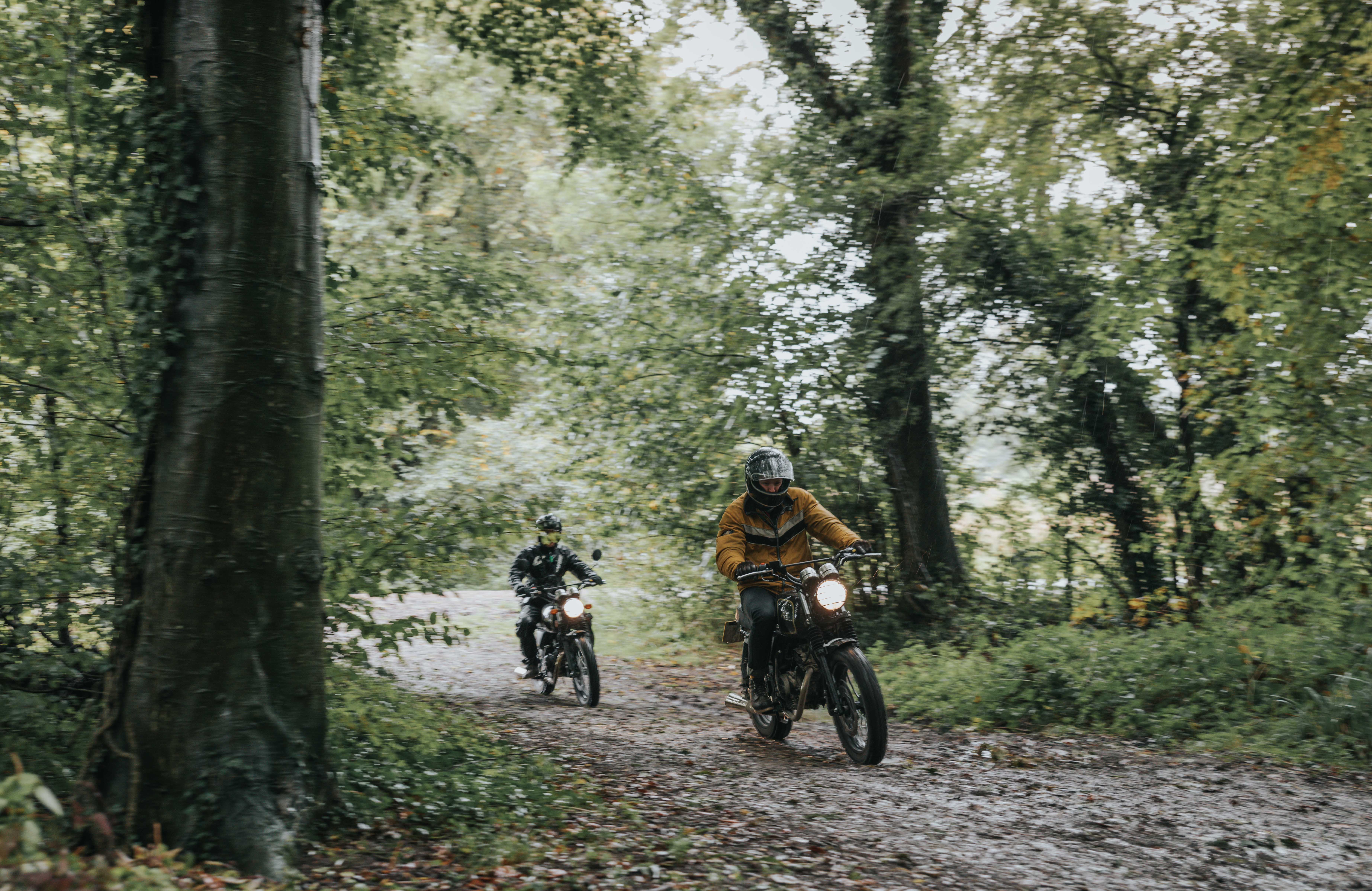 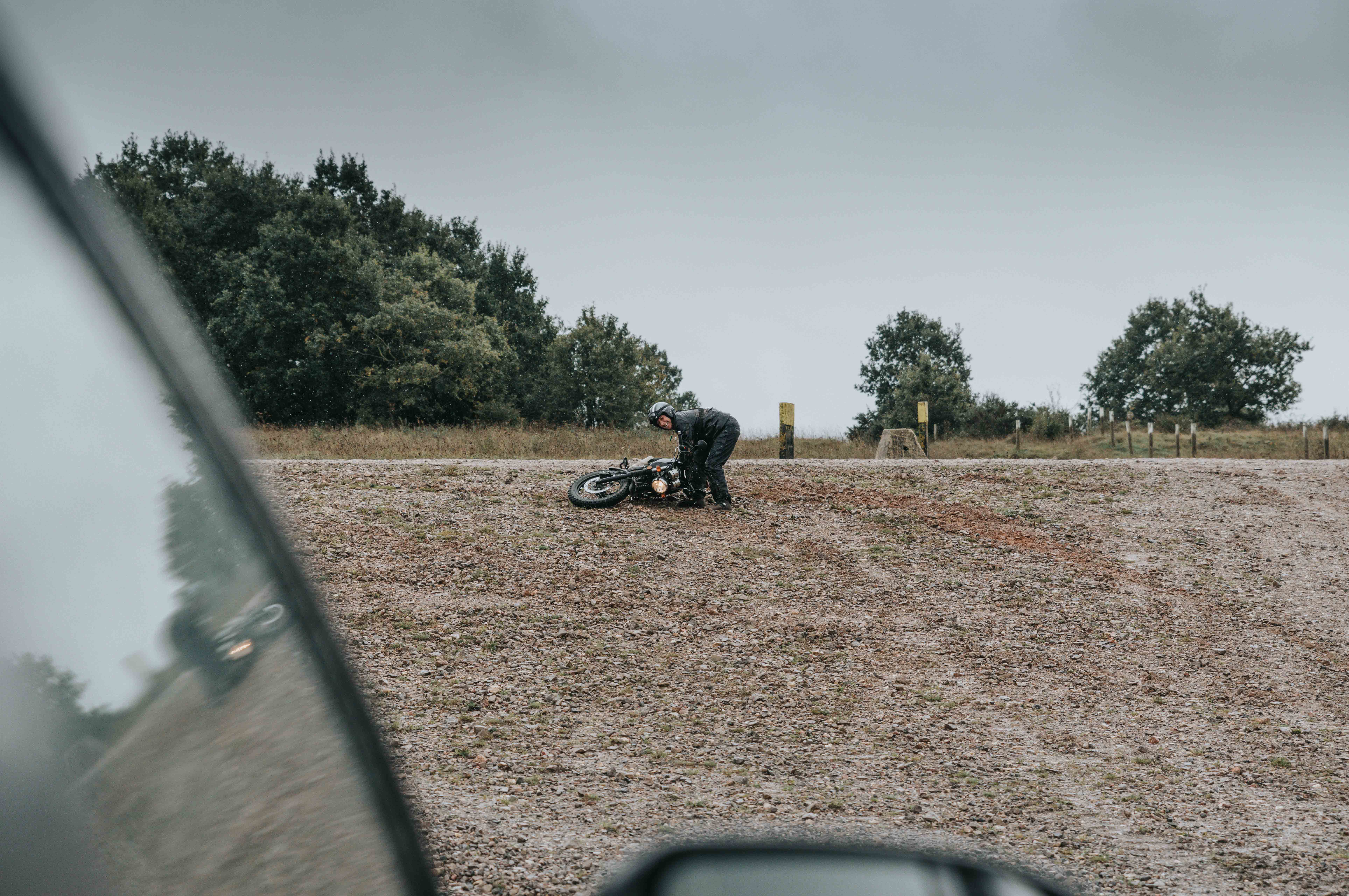 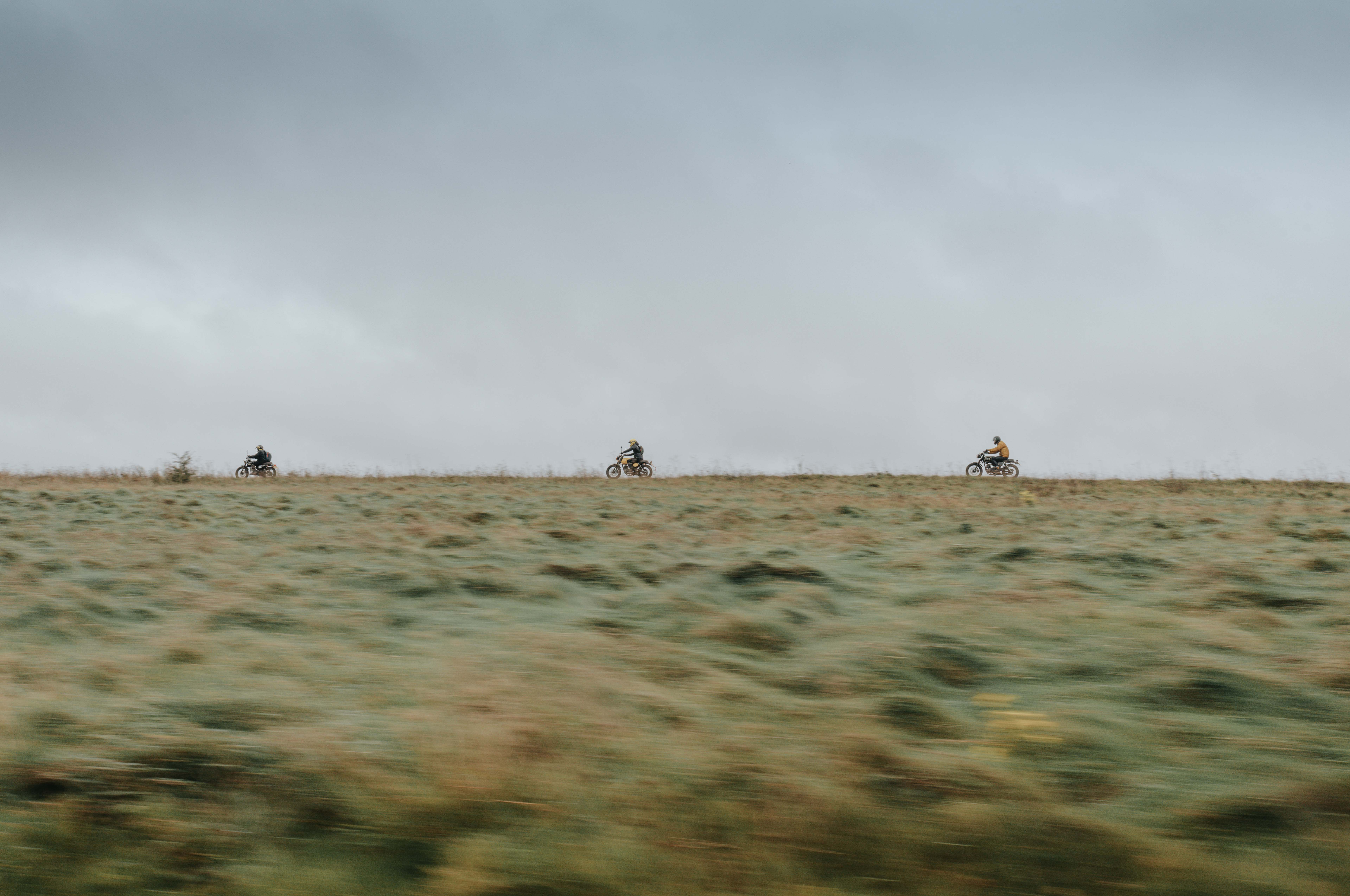 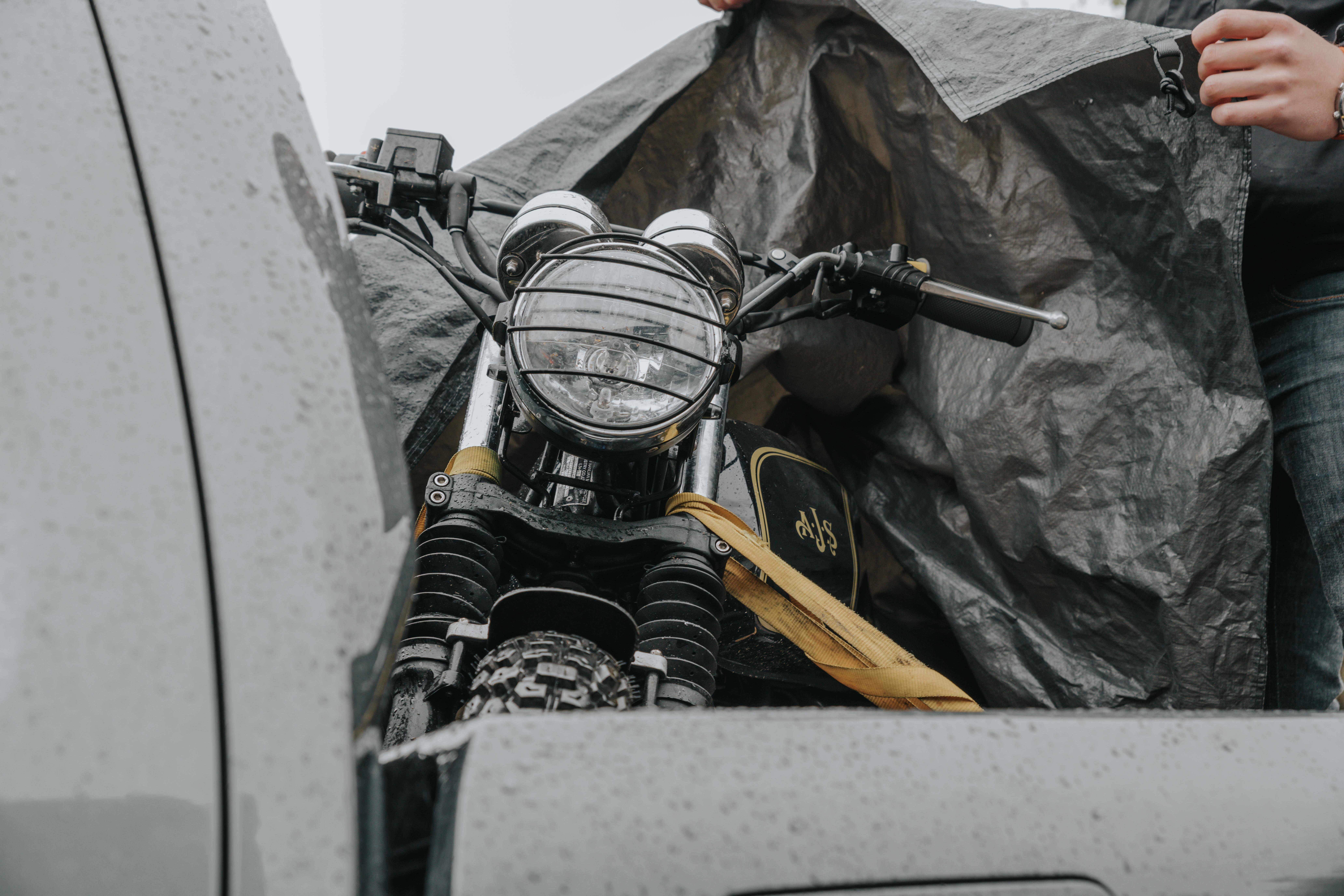 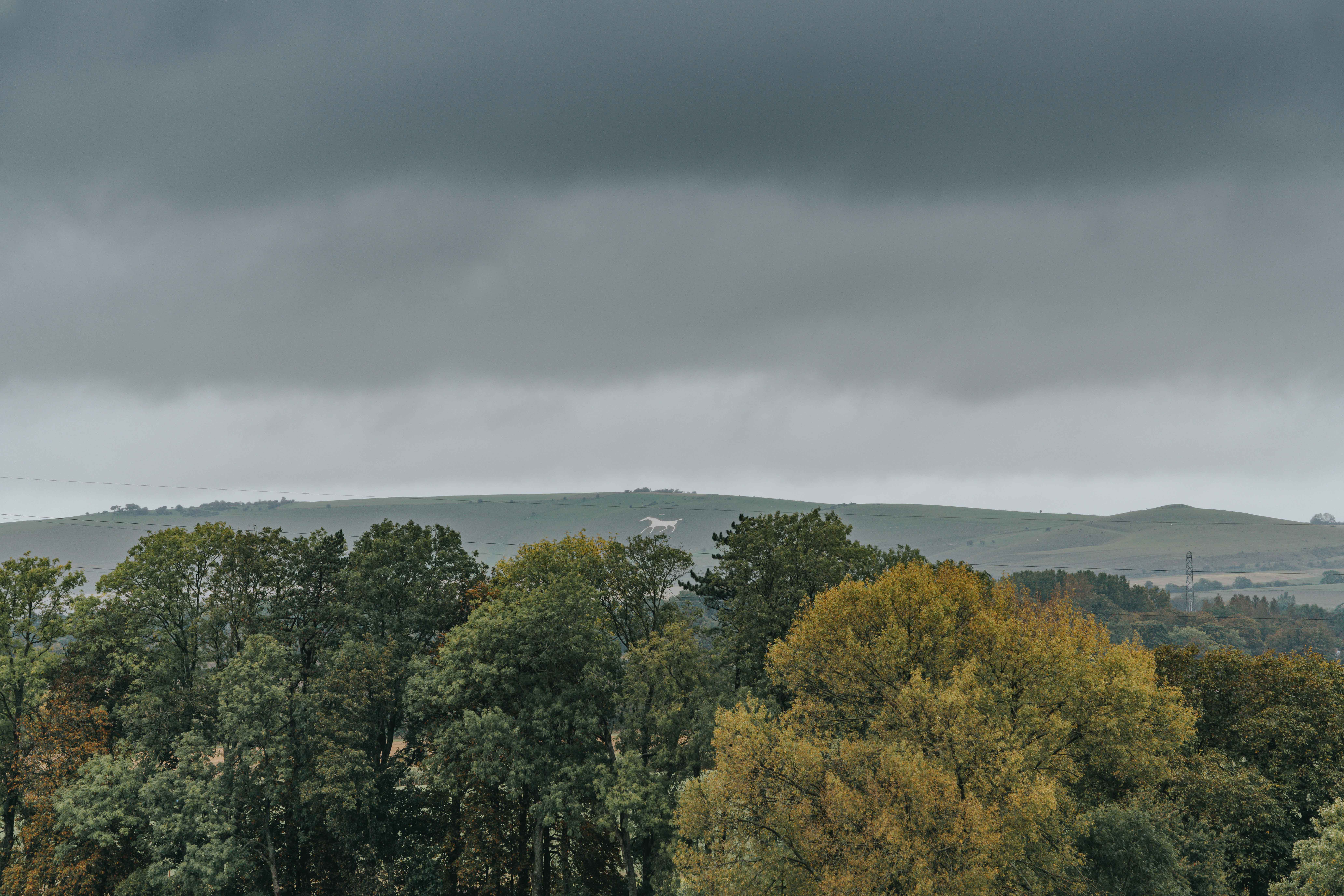 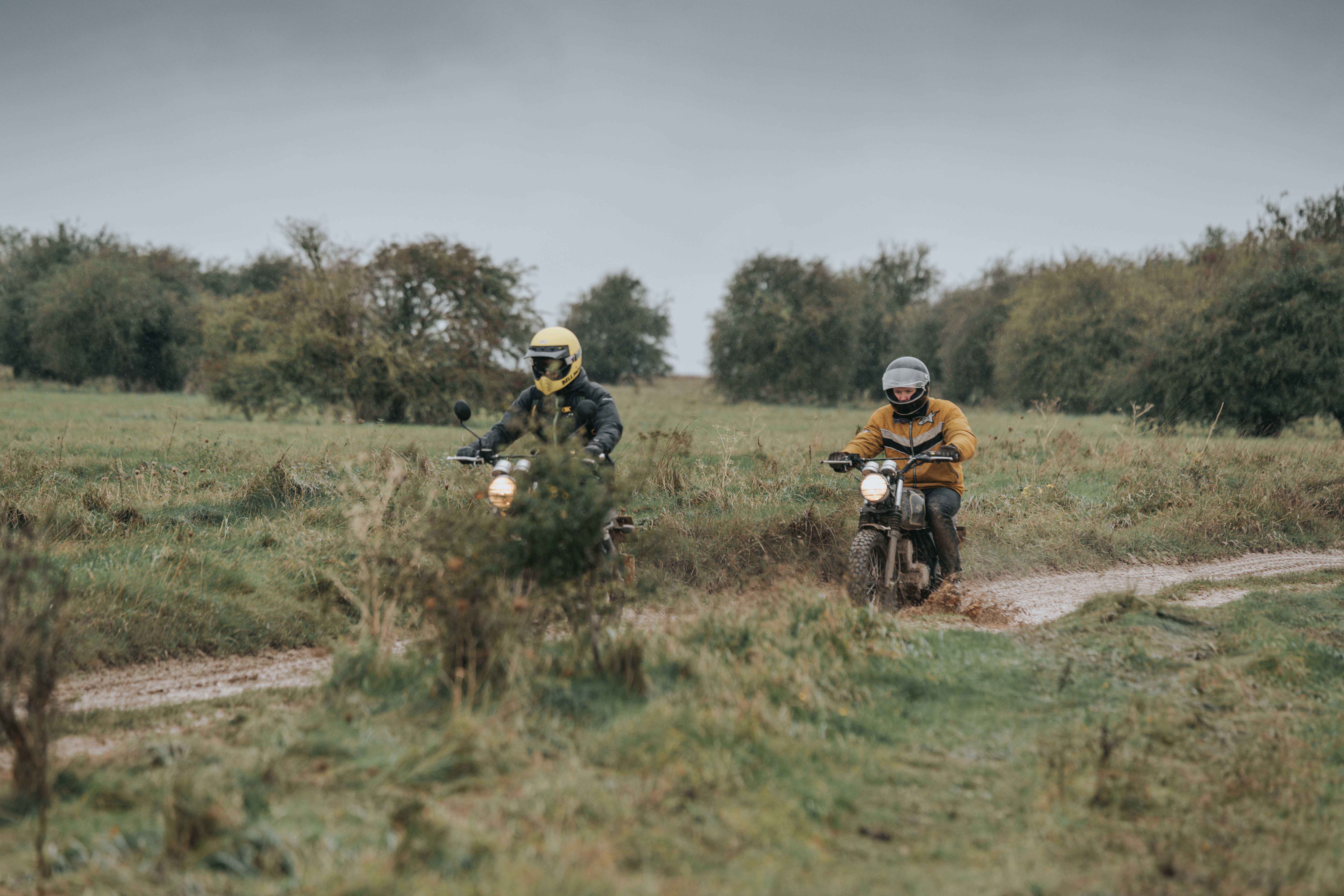 With its retro looks, chunky tyres and scrambler features, the AJS Tempest has proven popular among those that want to hack around town with a bit of classic styling, but the temptation to take the road less travelled and see what the diminutive machines proves too much for some owners.

The inaugural AJS Saturday Scramble was designed to do just that, as well as offer owners the chance to meet like-minded riders, brush up on some off-road riding skills and simply act as a low-cost event to enjoy all the things that make motorcycling so fun in the first place. 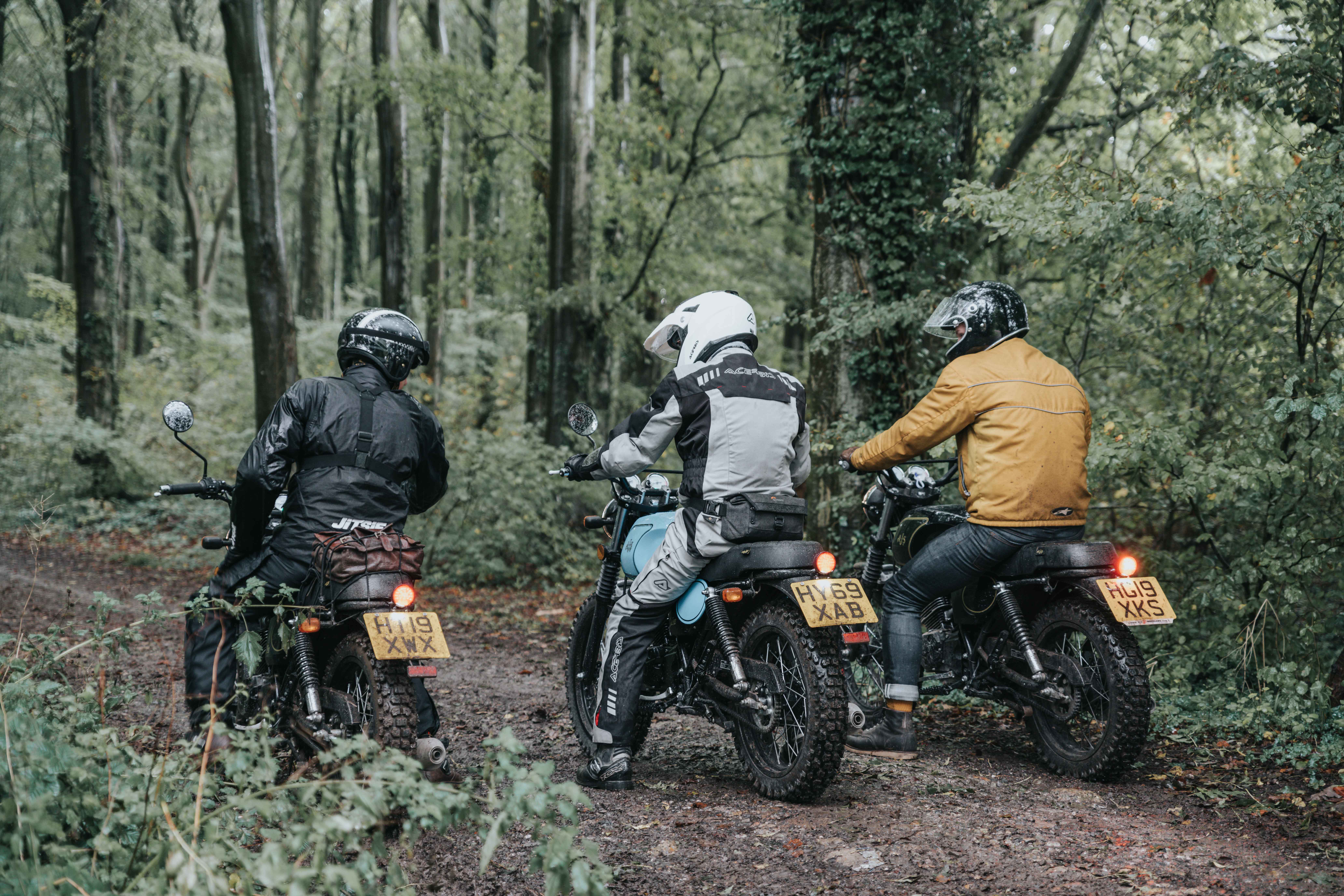 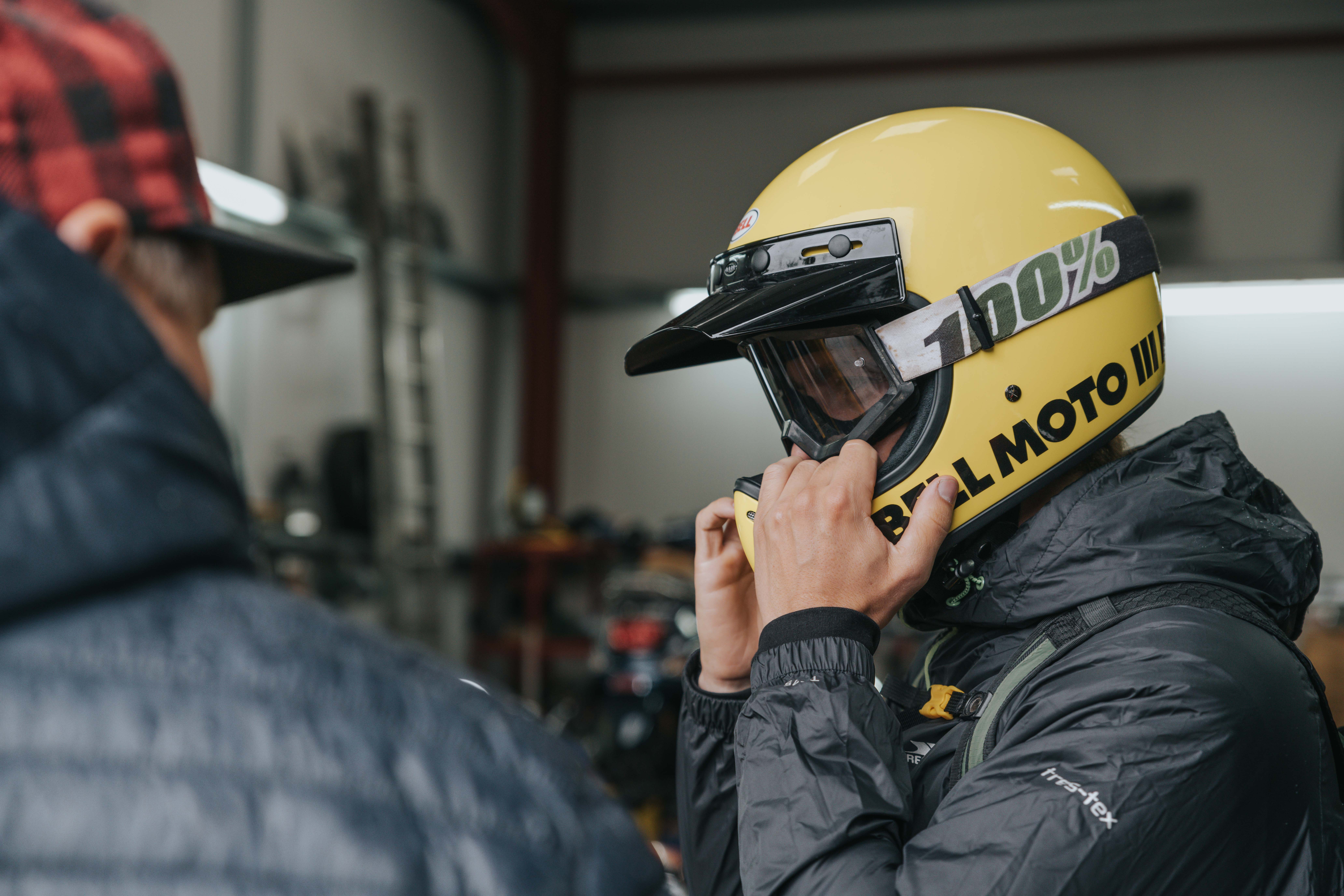 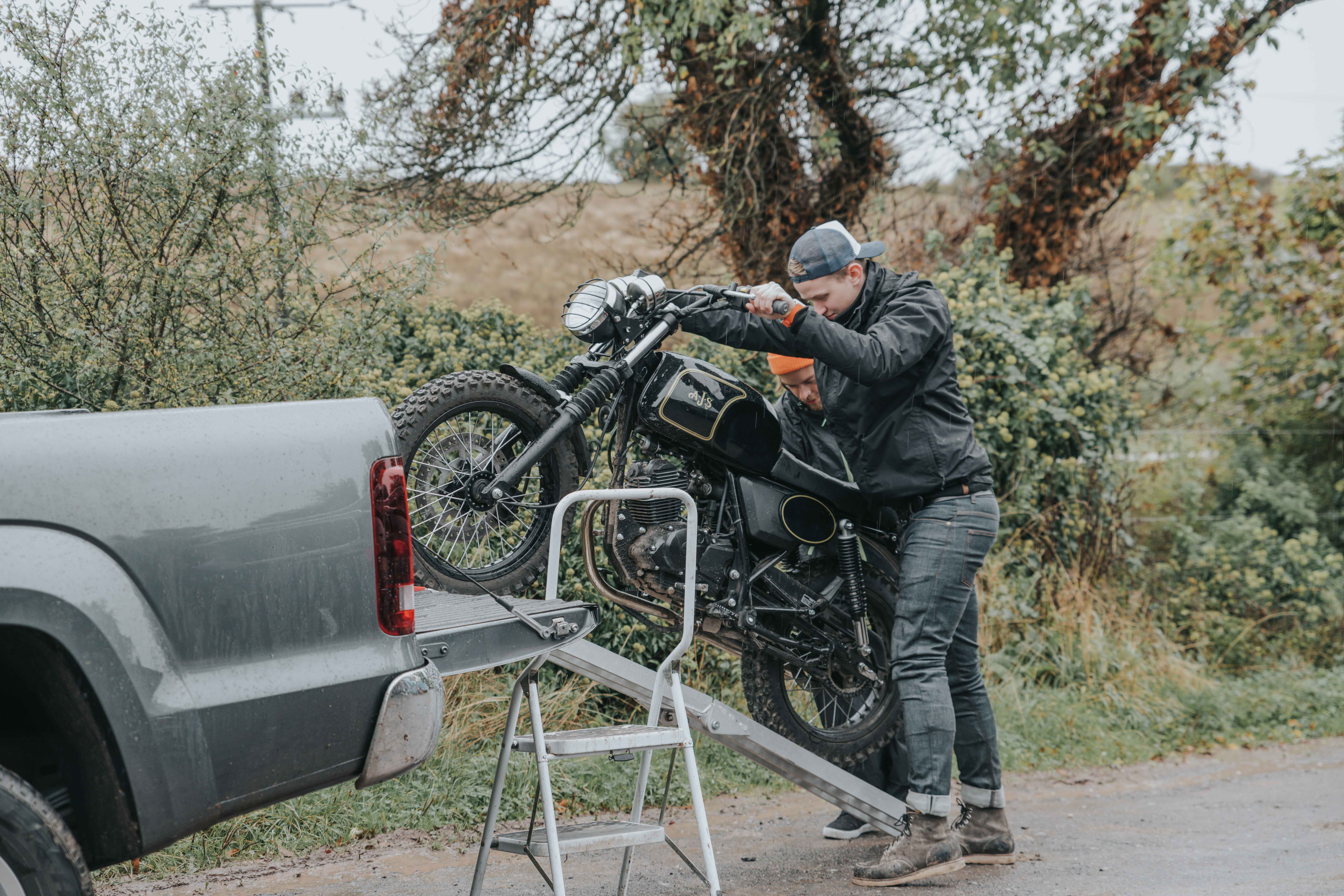 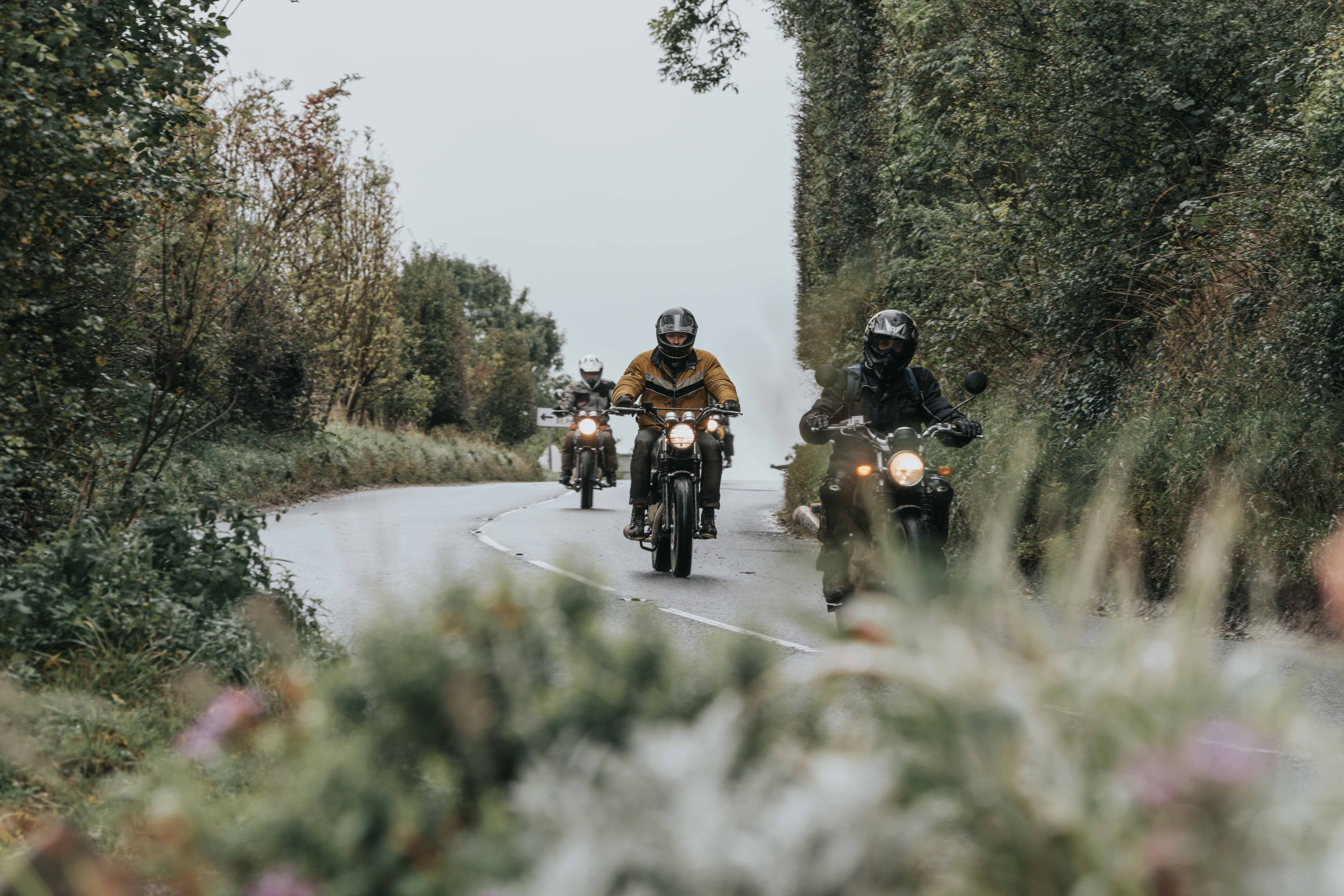 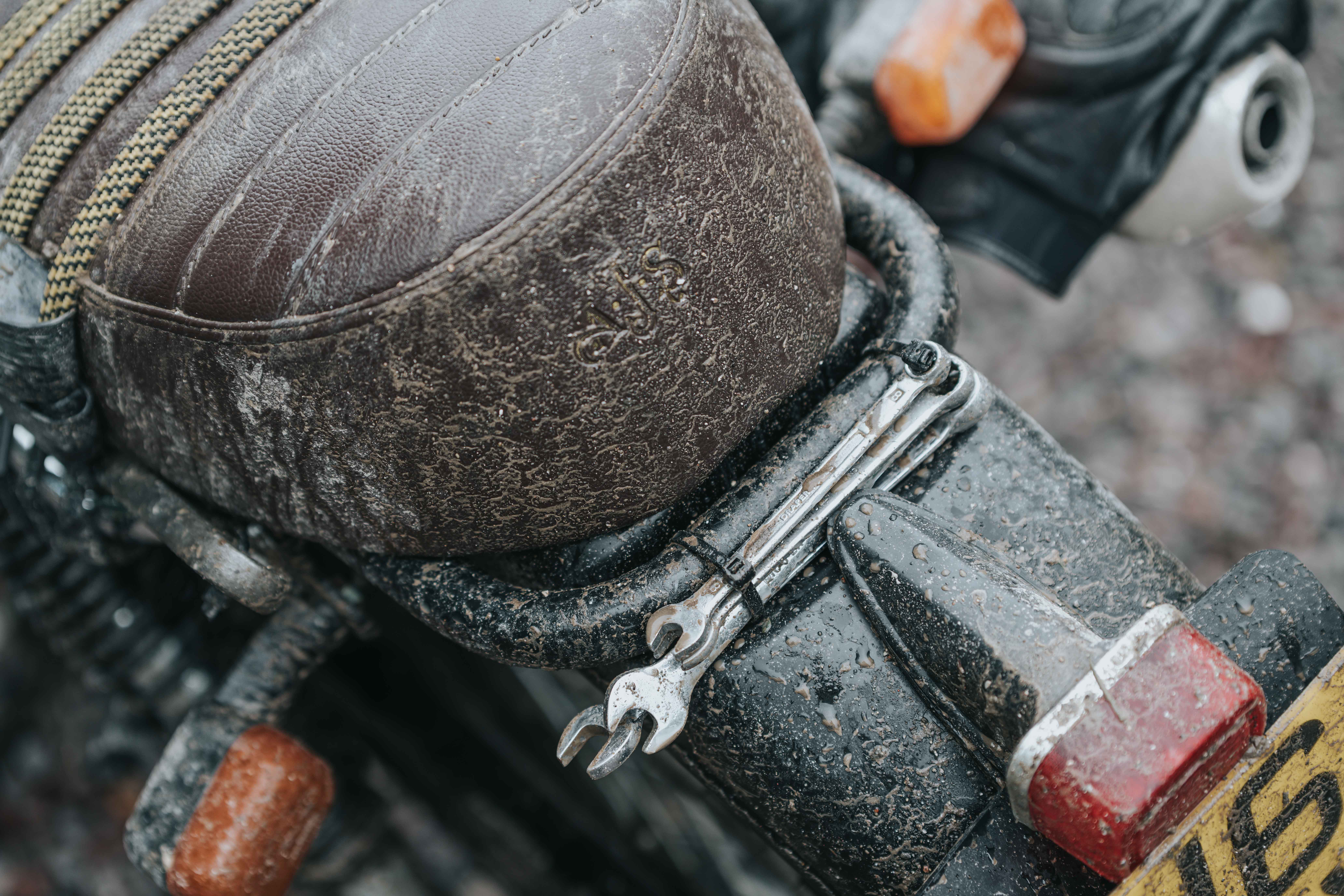 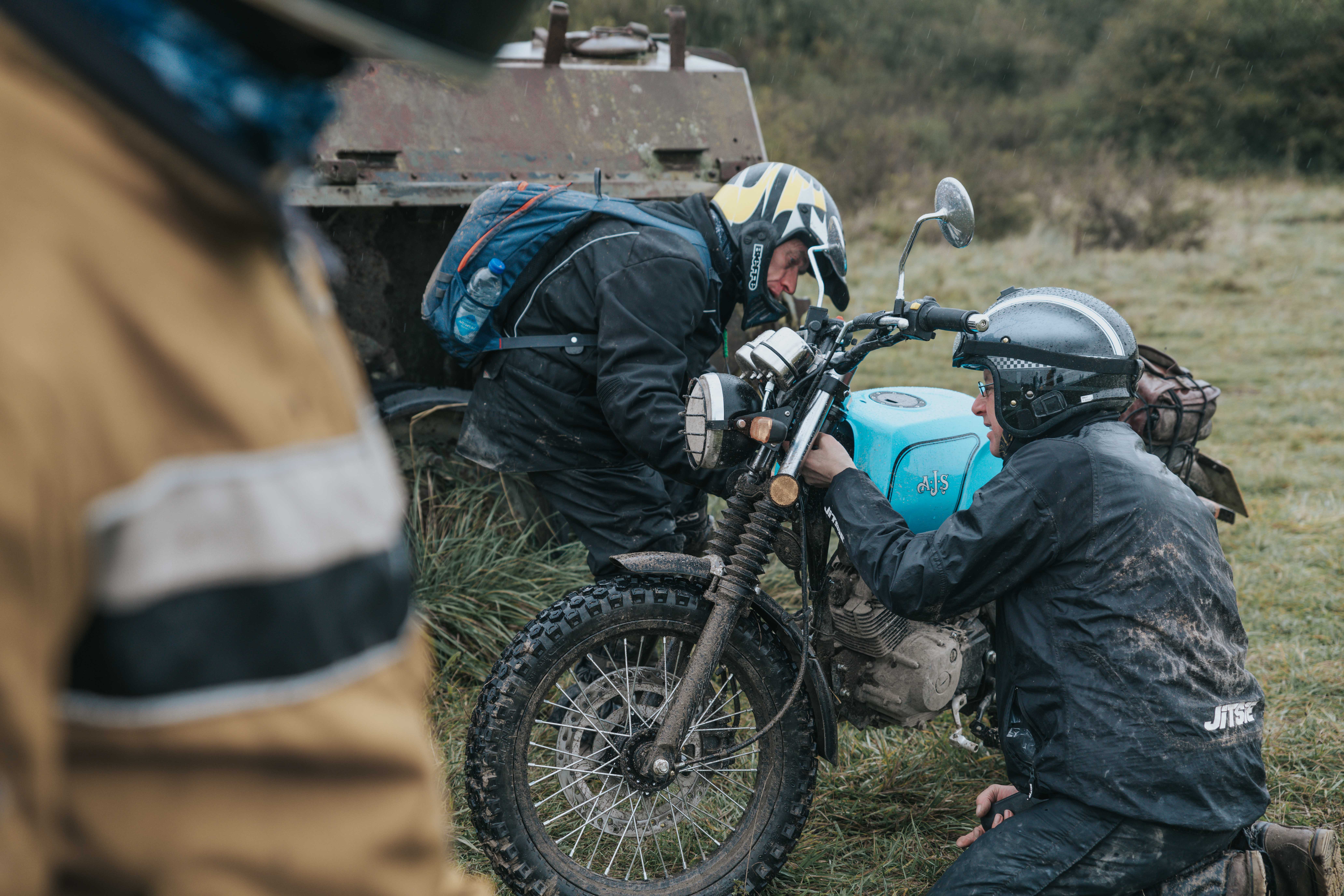 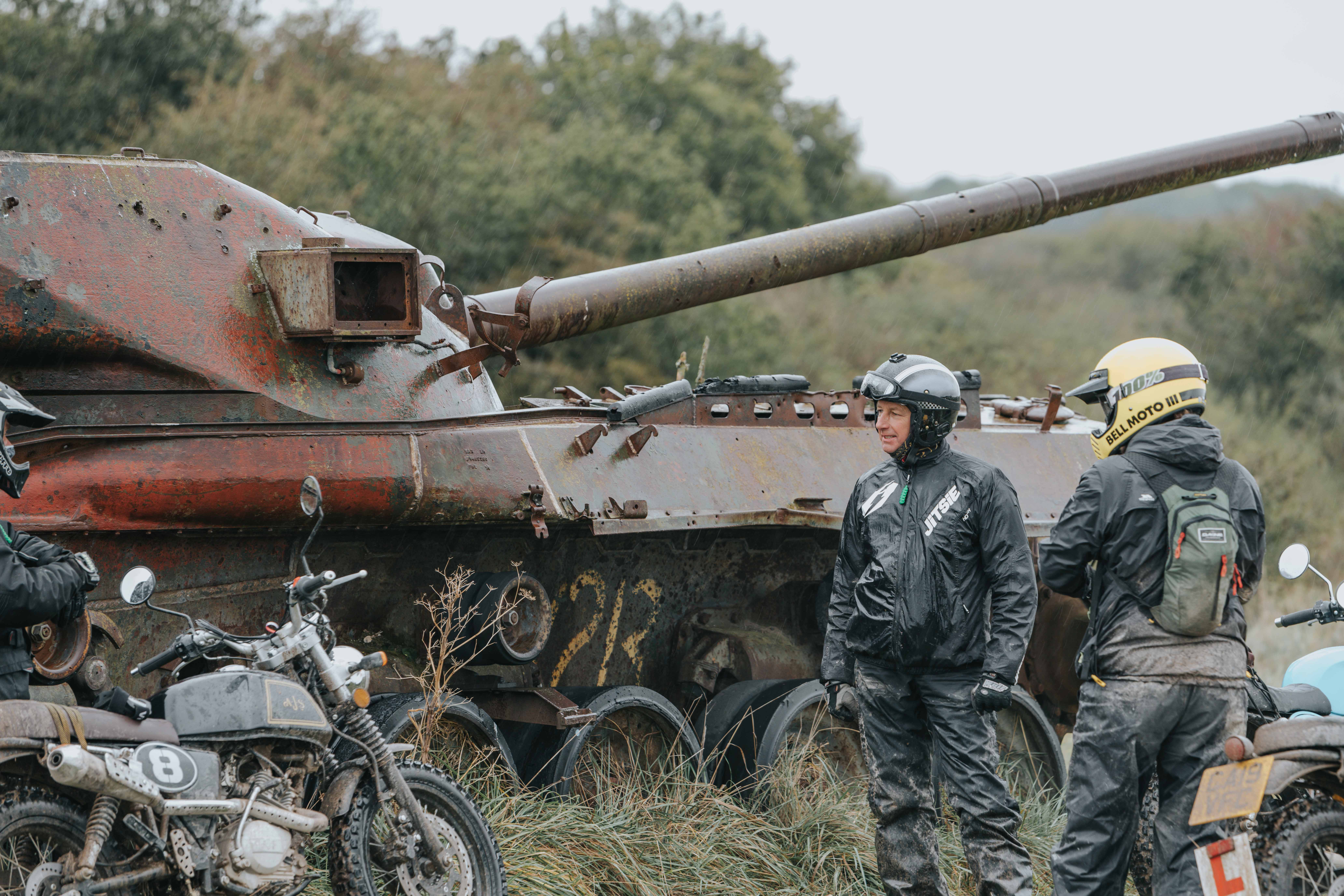 Flat-Out Media was drafted in to capture the event for posterity, both in this series of stills and a short video, which would play out across the AJS social channels, its own website and beyond. Our trusty long term VW Amarok, which served as the ultimate support vehicle throughout the summer, offered a lift to one of the AJS bikes on the trip, while a Nissan X-Trail press car drove us out of several deep holes when shooting out in the field.

Dodging military vehicles, dealing with several crashes and rebuilding a few cracked bike parts along the way were all part of the day and we wouldn’t change a thing. Roll on the next dose of mud and mayhem, we say.