There was uproar in 2014 when Harley-Davidson announced it was investigating a future in electric motorcycles. After all, here is a brand that is so ingrained in both popular and counter culture that it needs little introduction. Easy Rider, The Hells Angels, Steppenwolf and middle-aged dentists looking to rekindle their youth are just a few  images that come to mind when one thinks of the famous H-D logo.

But the one thing that ties all of these visions together is the sight and sound of a thundering V-Twin engine, something that an electric motorcycle just can’t recreate. In response to this, Harley-Davidson cleverly styled its proposed LiveWire electric machine like nothing else in the line-up. 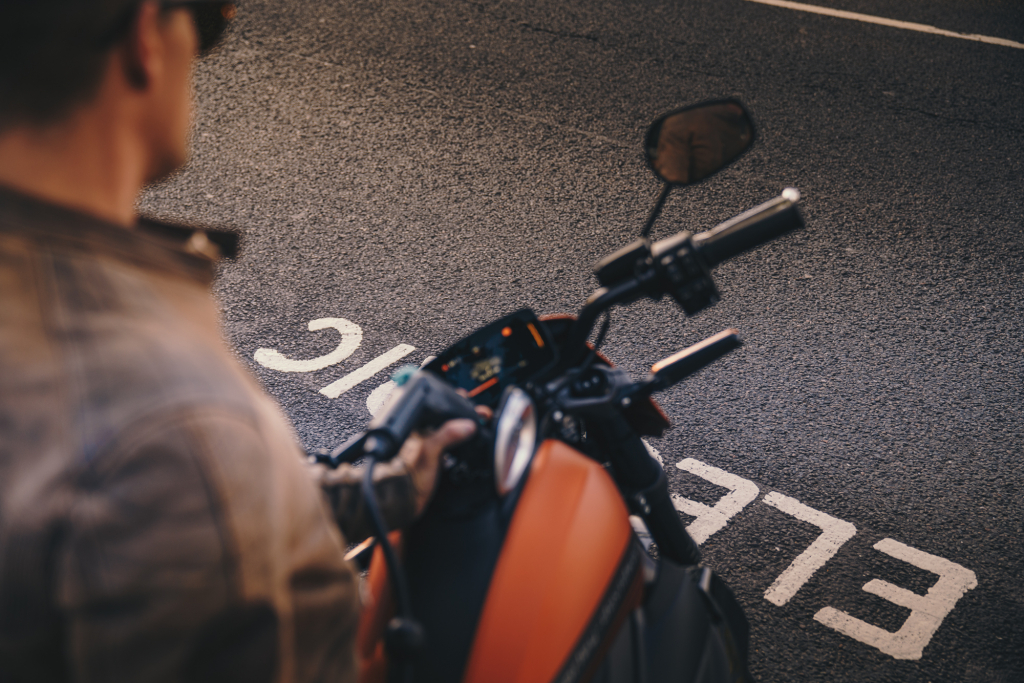 As a result, it boasts a sleek, almost futuristic silhouette that places the rider atop the mammoth battery packs and proudly displays the electric motor, which has been wrapped in highly stylised metal cladding so it almost resembles a jet engine. The small plastic tank does nothing but house the charging socket, while the short seat, stubby handlebars  and minuscule headlight cowling makes the LiveWire look more like a street fighter or sports bike than Harley’s typical line in chopper, cruiser and monstrous touring models.

“Fast, smooth and surprisingly comfortable, this is a Harley that excels in cities”

But then the LiveWire was designed to spark conversation from its inception and if nothing else, it does that wherever it goes. But is unwavering attention from passers-by worth the eye-watering £28,995 price tag? 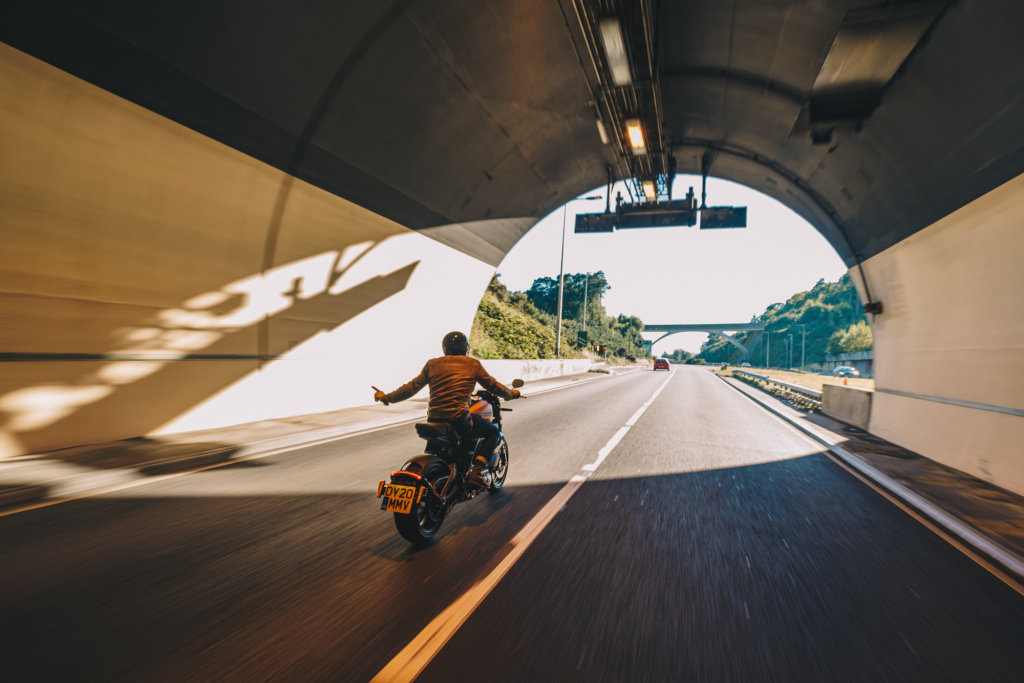 On the open road

This road trip would begin at London’s fantastic Bike Shed venue and end somewhere deep on the south coast, offering plenty of terrain and varying roads to push the LiveWire to its limits – both in terms of performance and battery range. It doesn’t take long to realise that the more time spent with thew bike, the more it seems to make sense. It rides and handles like no other Harley on sale for a start, positively attacking corners with gusto and providing linear and predictable power delivery that fills riders with confidence.

There is also something strangely easy and liberating about switching on an electric bike, throwing a leg over and blasting to the shops or cruising to meet friends. Perhaps it’s the fact that Harley-Davidson provides keyless operation (you just need the fob in your pocket) or because there is no noise involved or gears to contend with. It’s merely a case of flicking a switch and twisting the throttle – riding really couldn’t be any simpler. 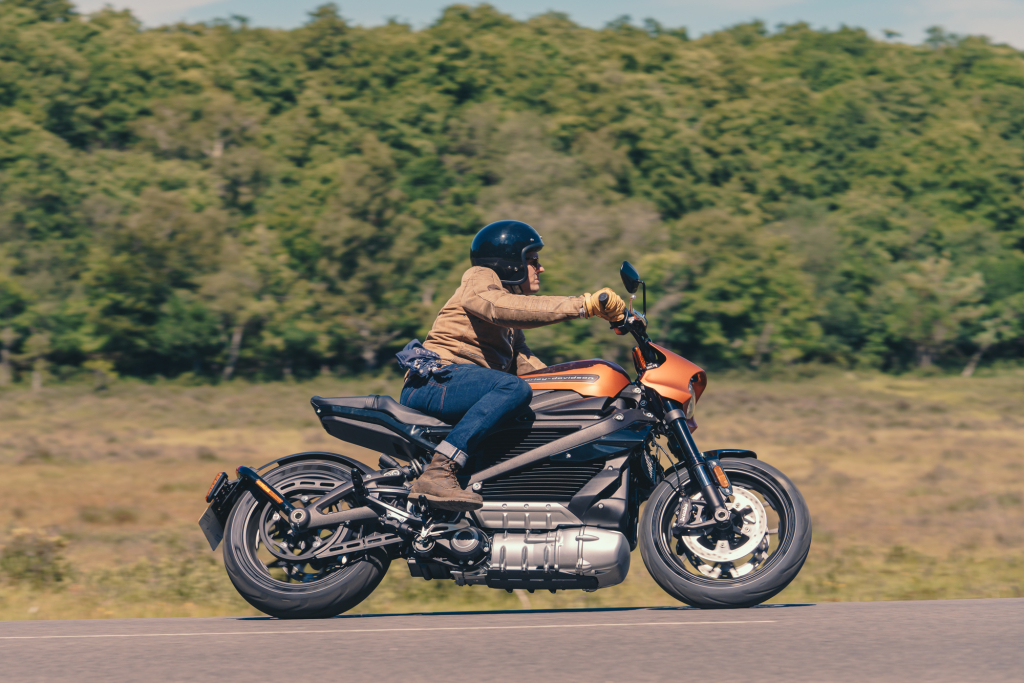 Alas, the 260kg mass can’t be ignored and the fairly raised ride height can make shuffling around car parks a little tricky for those with short legs but it’s more likely you’ll spend the most time fending off inquisitive pedestrians, as this bike causes a scene wherever it goes.

“In order to keep that power in check, Harley introduces its Reflex Defensive Rider Systems”

Pushing the bike through some of my favourite New Forest curves is highly entertaining and any thoughts of the frankly hideous price tag scion evaporate when you realise this is a machine that has your back. There’s so much safety technology at play here, but it rarely feels dull or boring. In fact, gunning the throttle out of a tight bend is encouraged, as the instantaneous torque does a superb job of naturally righting the bike’s lean angle and firing its rider along the road ahead like a bullet out of a pistol. 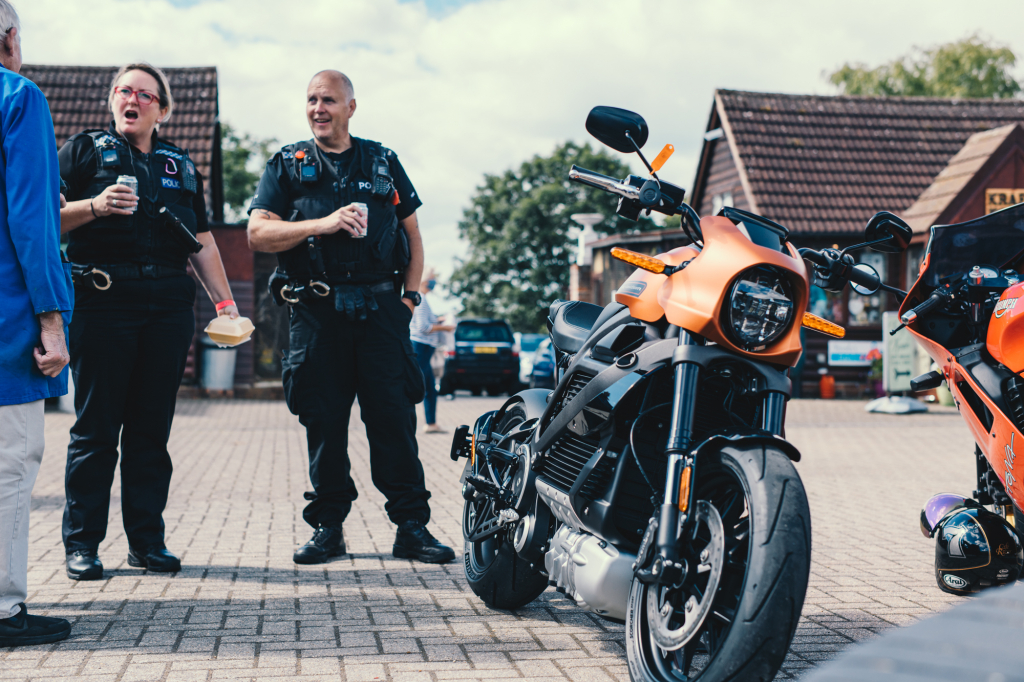 After a long run down from London and much fun blasting around the animal-strewn roads of the New Forest, the crisp display on the Harley LiveWire advised that the bike had around 30 per cent charge left, so I pulled into some motorway services just off the M27 and plugged it in to the public charging network. This was simple enough, as Ecotricity provides the appropriate cable connectors (although downloading the app to pay for it is annoying). Weirdly, Harley only supplies the LiveWire with a domestic plug, which makes it impossible to use certain public outlets. These are the sort of issues the brand needs to address if it’s to attract people to the LiveWire revolution.

Charging from 0-80 per cent took around 40 minutes, but I got impatient after finishing another strong coffee and decided to unplug early. There was enough juice to get me home, where a 7kWh charging plug would easily have the bike back up to full juice in a couple of hours. 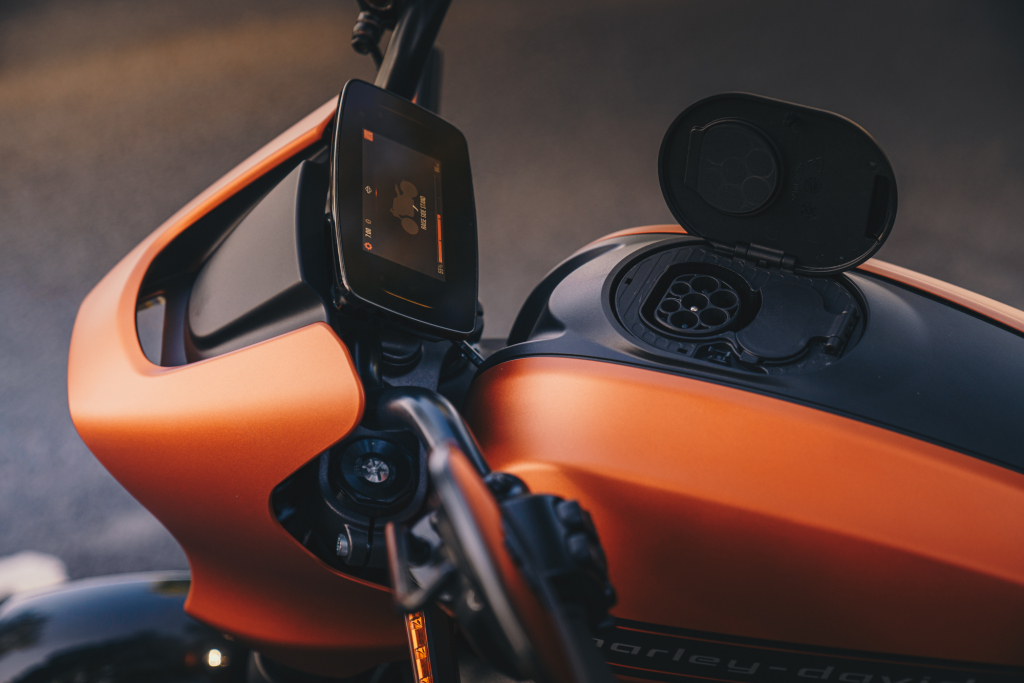 With the introduction of battery packs and electric motors, Harley-Davidson has seen fit to usher in a new, digital era for riders. A TFT touchscreen display sits where traditional gauges normally would and this displays all manner of information, from remaining battery charge to speed and even turn-by-turn navigation when paired to Harley-Davidson’s latest app and a smartphone.

The powertrain itself is also a technical marvel, comprising of a 15.5kWh battery pack what Harley calls its ‘Revelation’ electric motor. This coupling delivers 105hp and 116Nm of torque, meaning the 0-60mph sprint can be dispatched in just three seconds. Top speed is limited to 95mph to preserve motor life and increase range, which Harley says can be as high as 146 miles if ridden carefully. 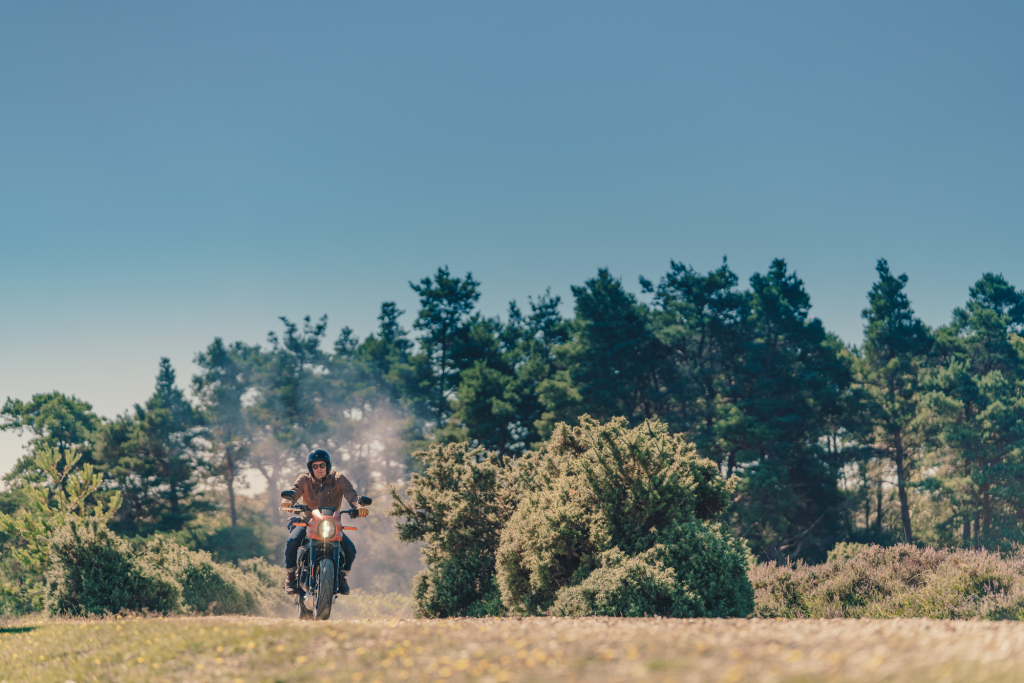 In order to keep that power in check, Harley also introduces its Reflex Defensive Rider Systems (RDRS), which harness advanced chassis control, electronic braking and powertrain technology to deliver exactly the right power when accelerating and braking in a straight line or through a corner. With this sort of torque on tap, it’s much-needed.

“Charging from 0-80 per cent took around 40 minutes, but I got impatient after finishing another strong coffee and decided to unplug early”

As previously mentioned, the machine is sold with a standard three-pin 230V charger, which is slightly baffling given that many of the public charging spots in larger cities require a compatible DC fast charge cable. If you’ve got access to this, you can brim the batteries in as little as 40 minutes, but expect to plug it into a household socket overnight if you want full reserves in the morning. 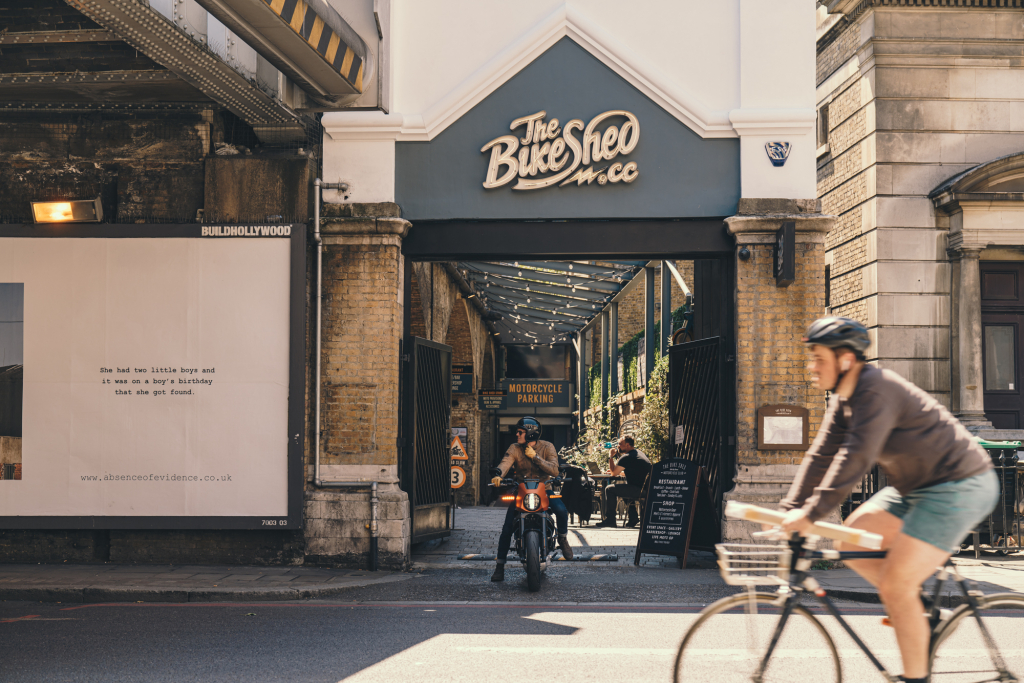 With no clutch, engine noise or gear shifting to contend with, it takes a few miles to get used to, but the Harley LiveWire doesn’t hold back on the thrills. There are a number of traction control and power settings built-in to the system to aid with all manner of riding conditions. Users can delve into traction control, power delivery and regen braking settings via the accompanying smartphone app but with the standard and most unhinged ‘Sports’ mode engaged, riding LiveWire is more akin to being strapped into a rollercoaster and fired along a stretch of track than it is a standard motorcycle experience.

All EVs are renowned for their smooth and linear torque delivery, but this is next level rapid. There’s also no heat or vibration to contend with here and it is gloriously quiet out on the open road. The neat 4.3-inch colour TFT touchscreen display is crisp and clear, although difficult to use with gloved hands. Thankfully, there are also controls mounted to the bars for manual inputs. 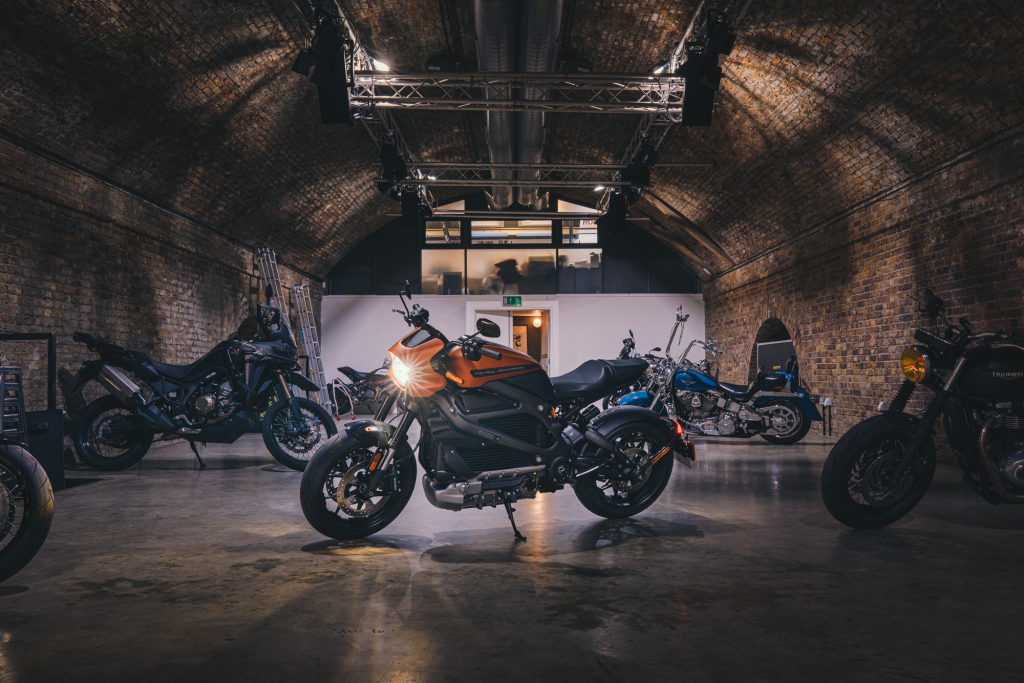 Fast, smooth and surprisingly comfortable, this is a Harley that excels in cities, where it is able to thread through traffic with ease, but it also makes a surprisingly laid-back long distance cruiser. It is heavy though and really, you can expect to get around 100-miles out of a full battery under mixed riding conditions.

At almost £30,000, that’s likely what most potential customers want: a showpiece that has everyone at the bike meet flocking towards the weird and wonderful electric motorcycle with a Harley-Davidson badge on the tank. But it’s more than that, because LiveWire offers a truly accomplished ride and unhinged performance that verges on the addictive. 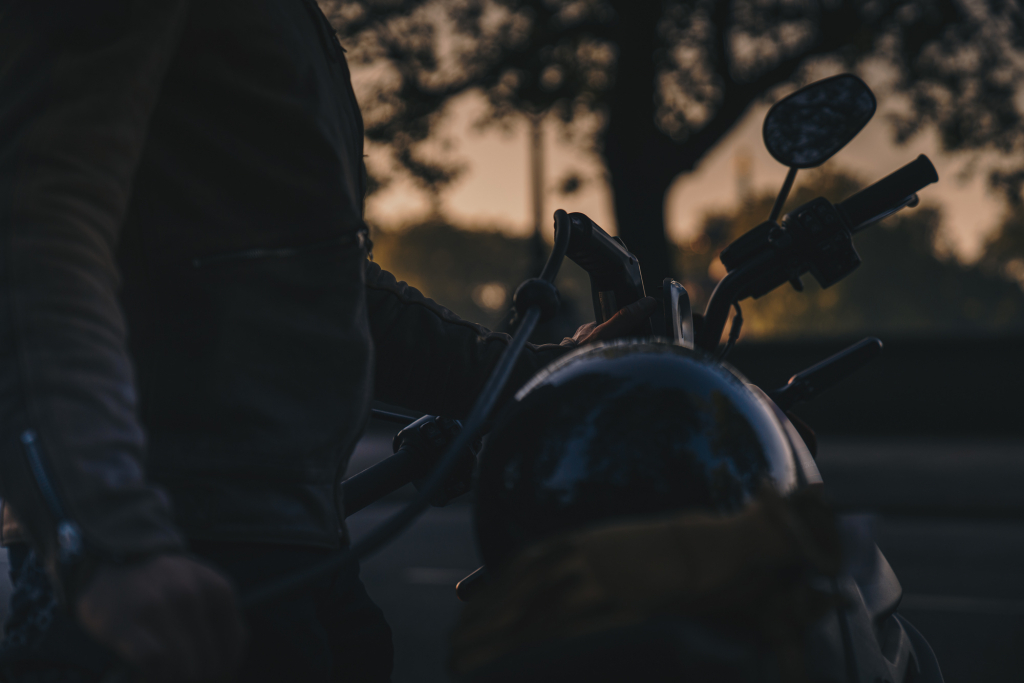 Yes, it’s hideously expensive and the range is still an issue, but if this offers a glimpse at future, more affordable electric machines, the next ten years will certainly be exciting.