There are very few cars today that make passers-by genuinely stop in their tracks, rush over from a neighbouring petrol pump or gently meander onto your driveway to have a nose around quite like the latest Toyota Supra.

With only 947 models sold in Europe last year, it’s easy to see why. The aggressively elongated bonnet, flared wheel arches, slammed stance and beautifully curvaceous ducktail spoiler are a rare sight around these parts. Exotic allure seems to radiate from its pumped-up exterior.

To add to its mystique, Toyota teased and goaded Supra fans for several years (the original concept dropped in 2007!) before it finally unleashed its A90 model – a car that would follow in the footsteps of the legendary  A80. Itself forever forged into the automotive history books thanks to starring roles in The Fast & The Furious, as well as regular cover spots on the likes of Max Power and Fast Car Magazine. 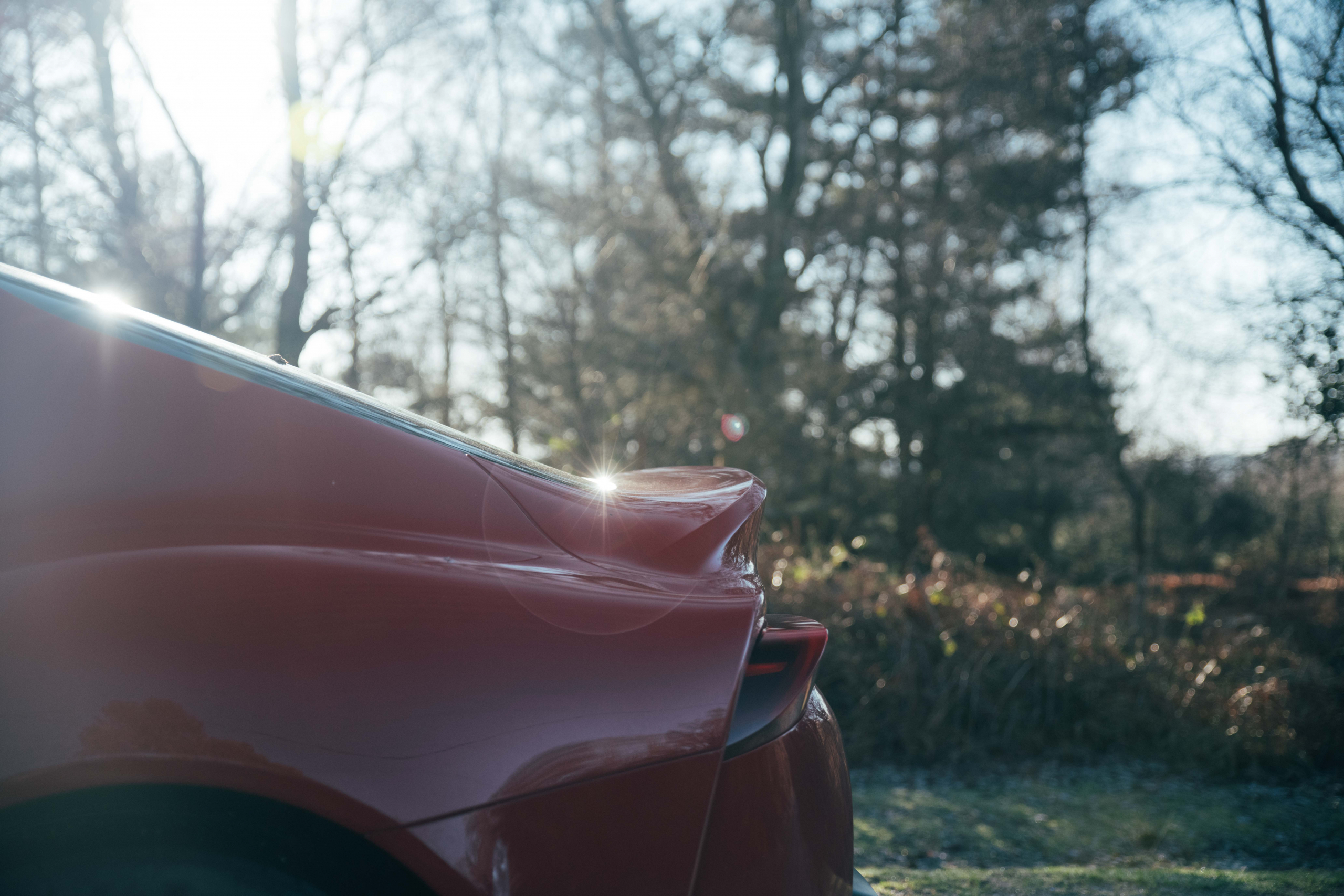 But with many great comeback stories come tales of setback and with new Supra, it was down to three letters: B, M and W. Fans were outraged to find out that under the skin of this eagerly anticipated new Toyota was essentially a BMW Z4. To quote Alan Partridge: “they’ve just rebadged it, you fool!”

However, I’d argue the 3.0-litre straight-six found underneath the bonnet is one of the very reasons to fall madly in love with this machine, simply because BMW’s twin-scroll turbocharged B58 engine is so easy to live with. Smooth, powerful and capable of emitting a deeply enjoyable growl, it suits the demeanour of this machine down to the ground.

Recent news that Toyota is to release a lighter, cheaper, more nimble and arguably more playful model in a 2.0-litre, four-cylinder variant is likely to only eat into the 3.0-litre’s sales more and that’s a bit of a shame. After all, a straight-six is a big part of the Supra legacy and, to these eyes at least, worth every penny of the £7,000 premium over the smaller capacity sibling. 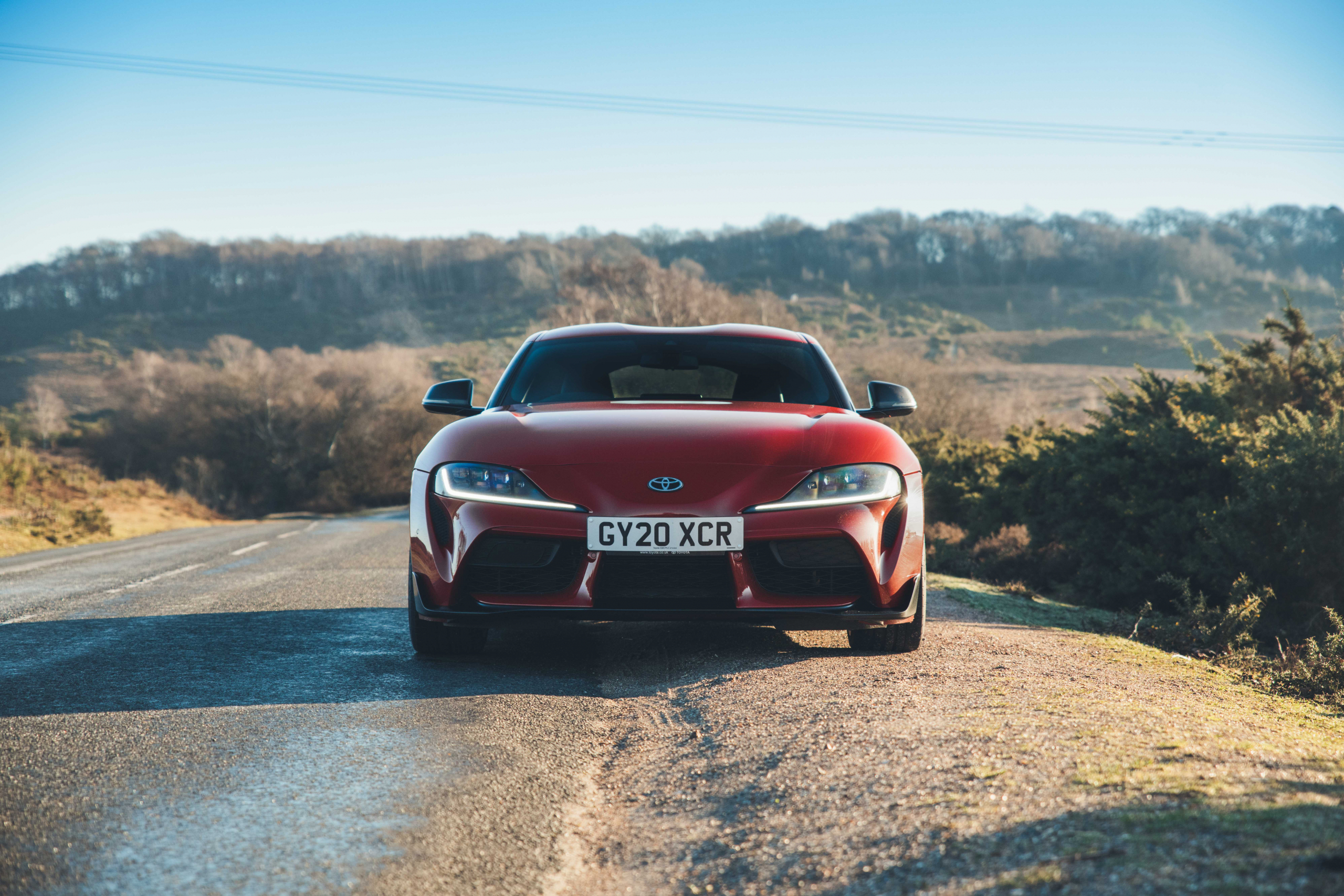 Clamber into the Supra’s surprisingly low-slung cockpit, thumb the very familiar ignition button and the excellent BMW engine barks into life. Once up to temperature it settles down, but there’s a Sport button in the centre console that pumps up the volume more.

The ubiquitous 8-speed ZF automatic gearbox also holds on to gears for much longer in this mode and there’s the option to knock the stubby shifter over to the left and manually take control of up and down shifts via small paddles located behind the wheel.

It would be a lie to say the interior feels special, because it is almost a carbon copy of that found in a BMW Z4 (and many other BMWs for that matter). The rotary dial that takes care of the iDrive system is lifted directly from the German partners, as is the 8.8-inch touchscreen and most of the buttons and touch points. Is that a bad thing? Not necessarily, because everything inside the cockpit feels solid and premium. Not words typically associated with a Toyota interior. 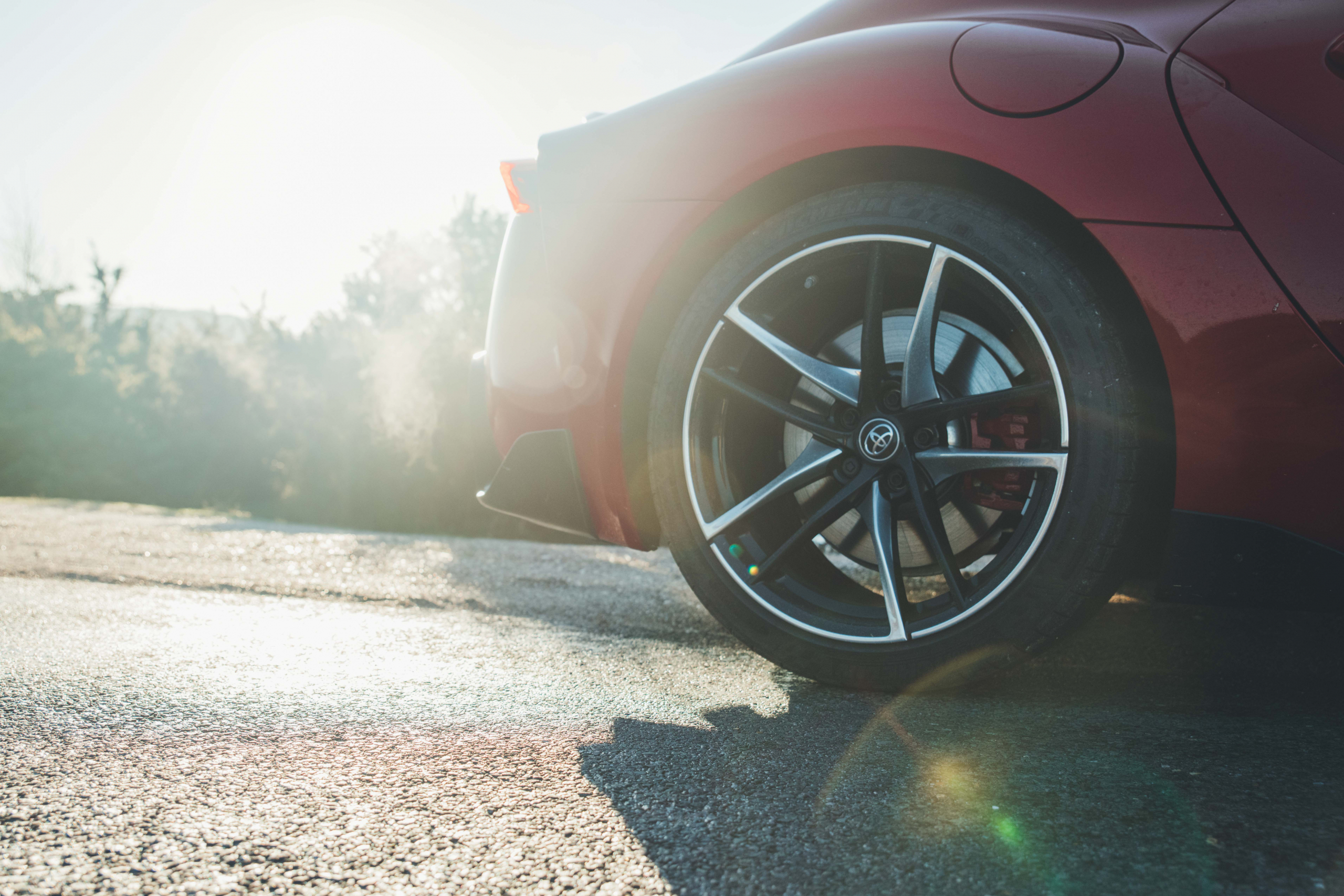 The seats are snug and the distinct lack of rear pews makes it feel like a proper stripped-back racer. In fact, both the driver and passenger can reach right through to boot cavity. All that’s missing is a roll cage.

Mash the throttle pedal and the 335bhp engine will catapult the Supra from rest to 60mph in just 4.3 seconds. Fiddle with the traction control settings and that same sprint will be accompanied by clouds of tyre smokes as the massive 275-section rear rubber scrambles for traction.

It’s an absolute hoot on any road and starts to stray not the animalistic when the surfaces become wet or greasy. The low slung seating position, the tiny slither of a windscreen and the massive bonnet make it feel like a proper thug and any semblance of the Z4 evaporates with the first dash along a favoured route. 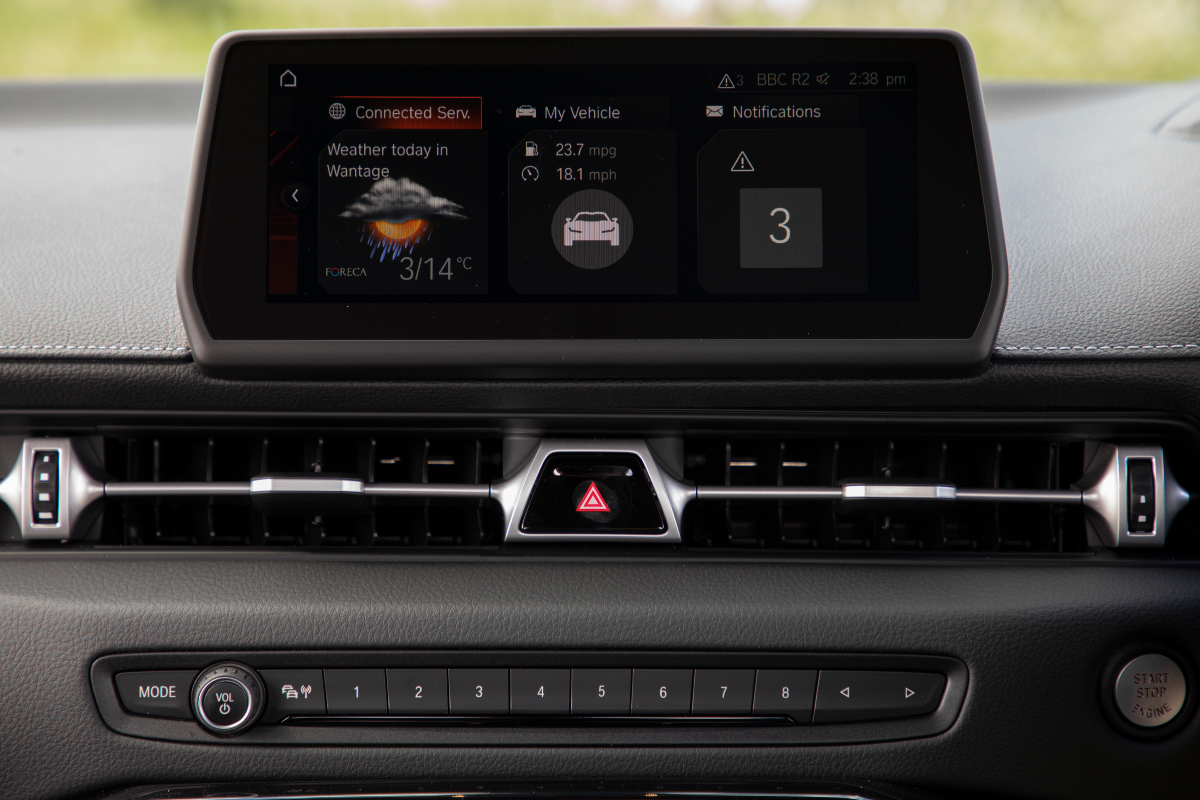 Much of the criticism levelled at this 3.0-litre Supra surrounds its handling dynamics, with some corners claiming it isn’t engaging enough or as good at transmitting information from the road to driver like its predecessors.

Toyota will counter claim that, stating that it went in a completely different direction to its German partners where it came to chassis and suspension tune. After all, there’s a Gazoo Racing logo slapped on the rear, which is not something Toyota does lightly.

Like the Jaguar F-Type, the Supra does a great job of acting the hooligan when you want it to but actually settles down into the role of comfortable cruiser for the rest of the time. Let’s face it, most journeys are utterly mundane and made worse by a noisy, lumpy ride in an overly harsh sports car. 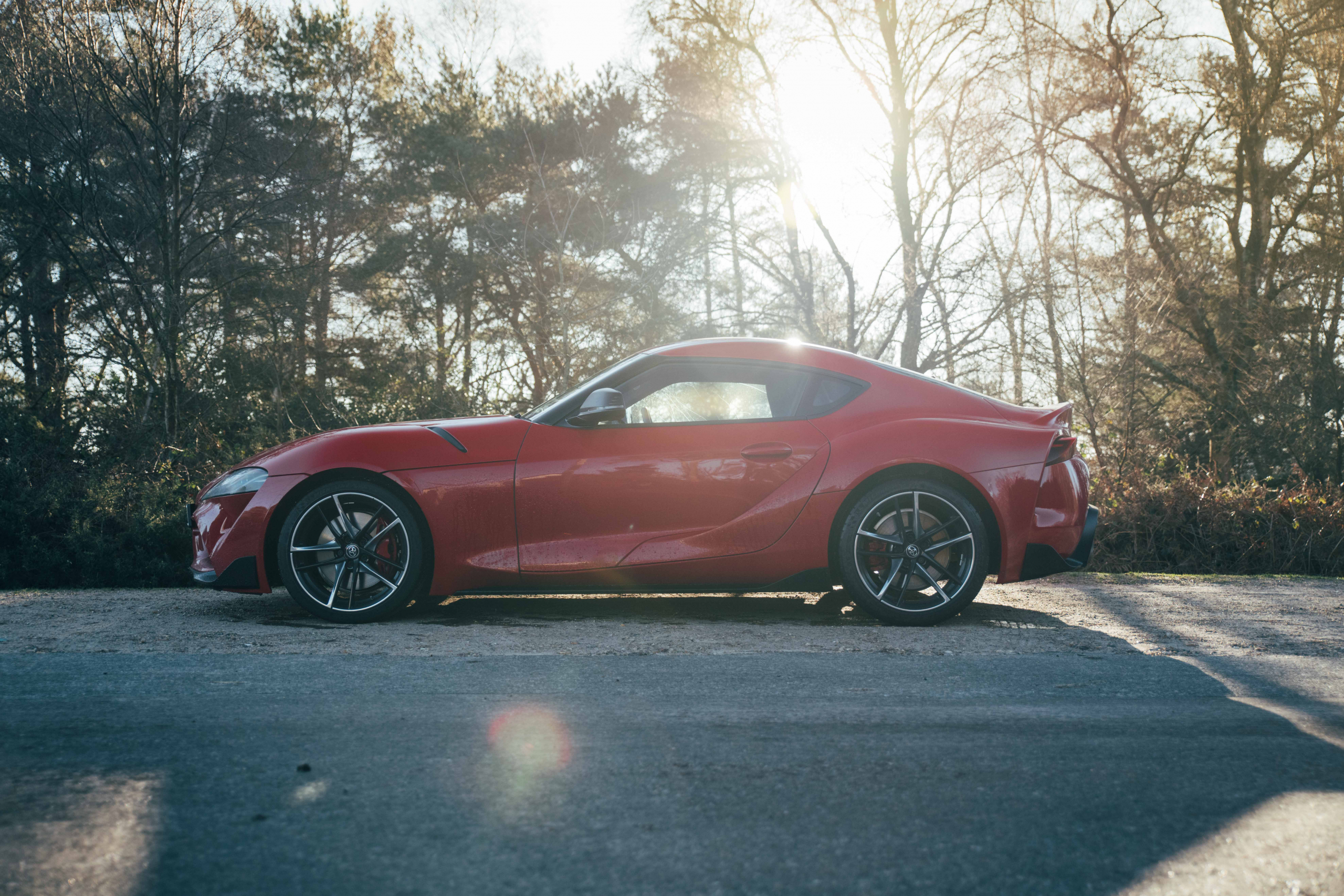 Toyota has managed to set the suspension so it offers the best of both worlds, cresting over harsh road surfaces and sealing excess wind and noise roar from the cabin with some decent sound suppression engineering.

With rivals like the Porsche 718 Cayman and Alpine A110, the Supra has to work hard to prove its sports car credentials, but it remains a very special machine. It looks fantastic and the beguiling mix of thuggish performance and daily cruise-ability place it in a league of its own.

Above all else, who doesn’t want a car that starts a conversation? Buy a Supra and you’ll make new friends with every fuel stop.