We all know someone who does it. You know, that person who irritatingly sings along to a tune, only to completely fudge one or two lyrics. It’s a crime punishable by a lifetime of tea-making duties in the Flat-Out office.

To ensure we don’t suffer from an unmanageable level of staff turnover, we recently considered investing in Cotodama’s awesome Lyric Speaker, which magically beams song lyrics to its translucent screen as the tunes play. 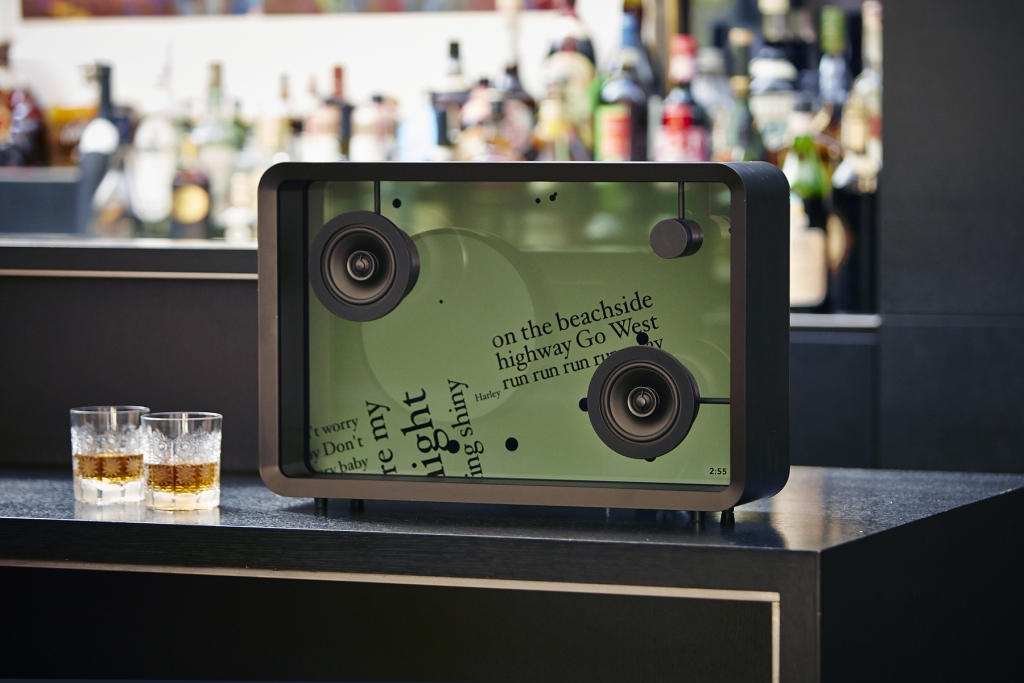 According to its maker, the floating fonts change depending on the style of music.

“If it is a mild song like a ballad, the fonts and movements become soft. If it is an energetic song, like rock, they become strong and powerful,” says the Japanese company. 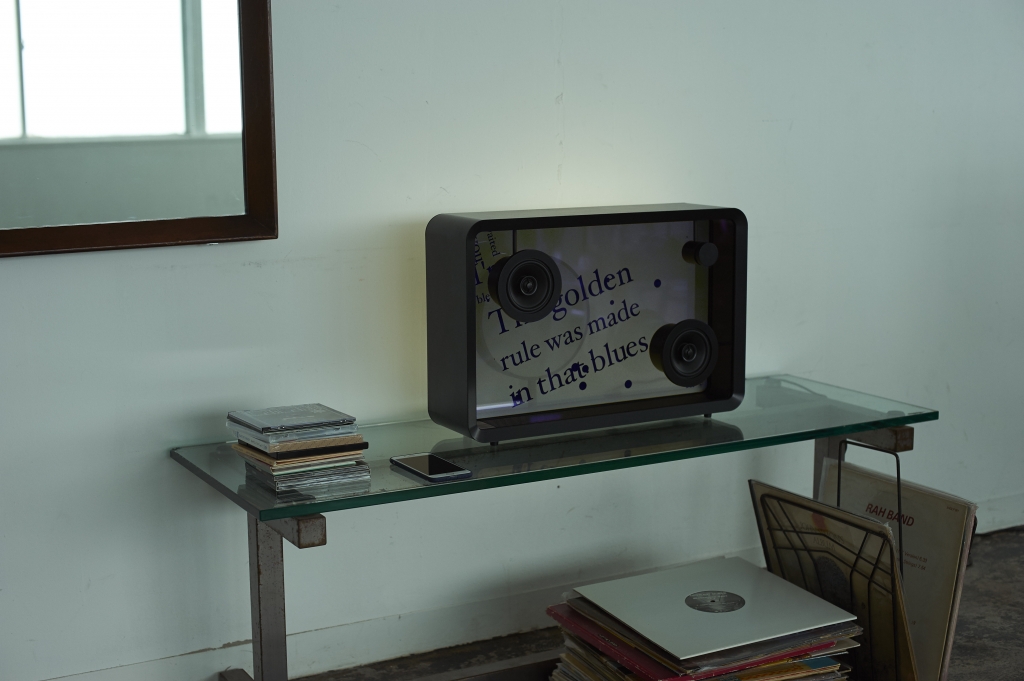 It’s actually not magic, because it connects to any mobile device via Wi-Fi and uses PetitLyrics, Japan’s largest lyrics database company, to visualise over two million songs.

Naturally, the database isn’t as comprehensive as your Spotify or Apple Music account but it should be enough to keep music fans happy for a long time. 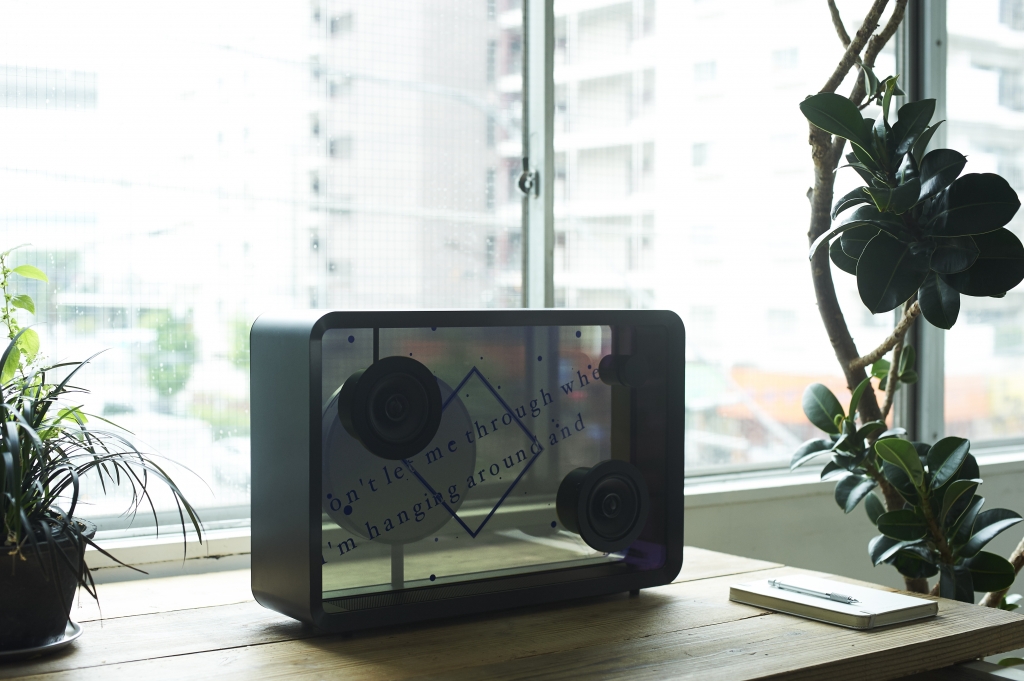 To get techy, the Cotodama Lyric Speaker packs two coaxial loudspeakers and two drone cone speakers that hook up to kick out 40W of guitar-soloing, snare drum smashing sounds.

Alas, we have deliberately hip-swerved the topic of price, because the Cotodama Lyric Speaker doesn’t come cheap. In fact, it’s £3,600 +VAT. 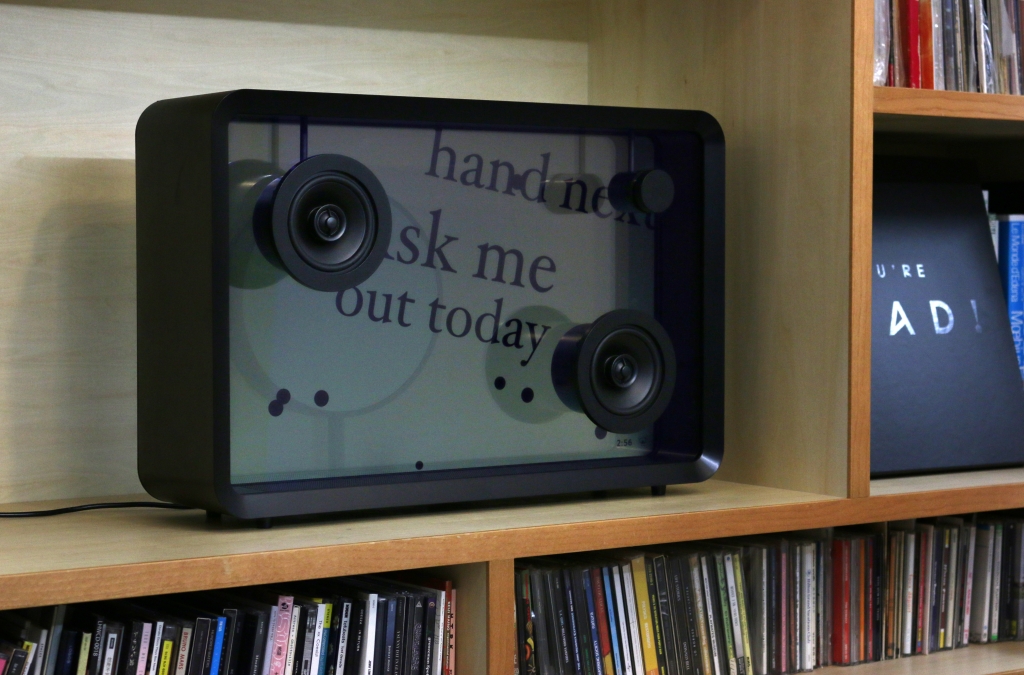 But that seems a small price to pay in order to avoid the icy stares and a lifetime of tea-making duties that result from getting the lyrics to In the Air Tonight wrong.