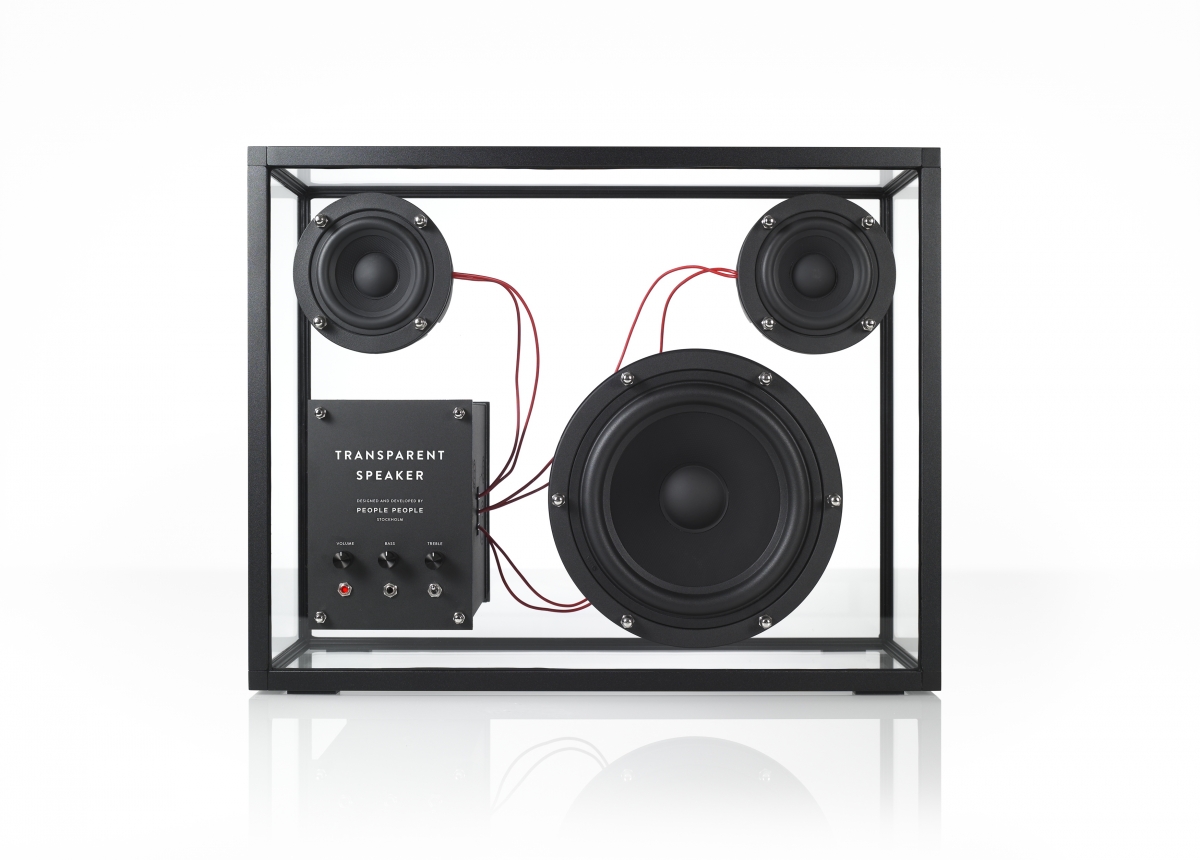 Classic cars and automatic watches have a particular appeal for a lot of people. Why? Because unlike most modern products, you can actual see how a lot of it works. It’s for the same reason why we love the People People Transparent Speaker.

Have you ever seen a cooler speaker case? While there’s not much to an audio cabinet (unlike a mechanical watch) it’s still pretty awesome to see the 6.5-inch subwoofer, the pair of 3-inch stereo drivers and the amp unit seemingly floating in mid-air, seemingly only connected by some red wiring. 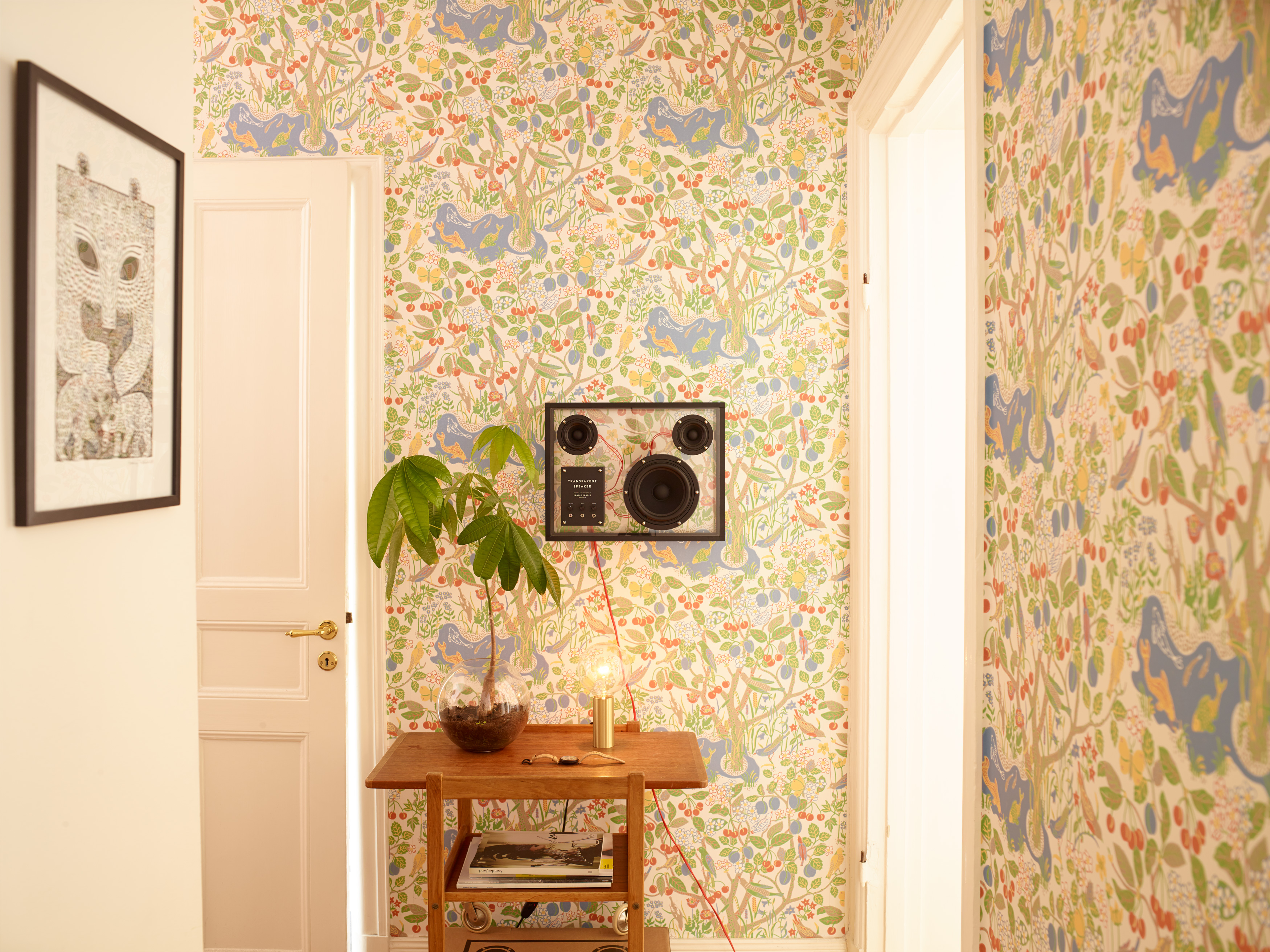 People People – a Swedish industrial design studio who have worked for the likes of IKEA – created the Transparent Speaker to do more than just look cool though.

Its see-through design allows the cabinet to seamlessly blend with your own home’s décor. In their own words, “Transparent Speaker is a distillation of the things we feel make a speaker fit with our lives. 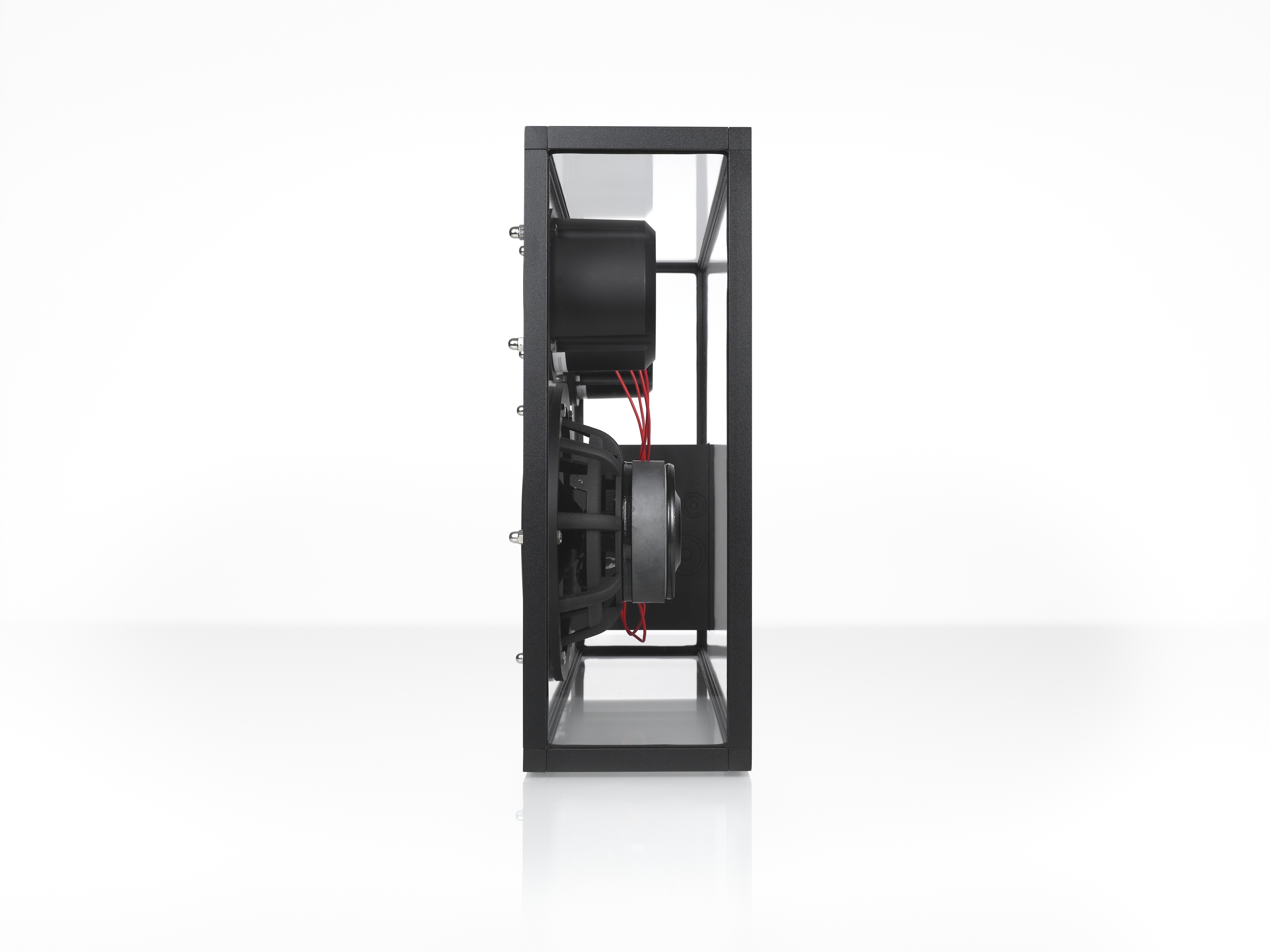 Loosely started back in 2007 as a degree project by one of People People’s designers, it wasn’t until late 2012 (after a successful Kickstarter campaign) that the Transparent Speaker came closer to becoming a production-ready entity.

In true Swedish style, the People People Transparent Speaker has been designed with sustainability in mind. Pretty much every component can be recycled as it reaches the end of its operating life, and they’ve even supplied a small IKEA-style tool with which you can disassemble the unit. 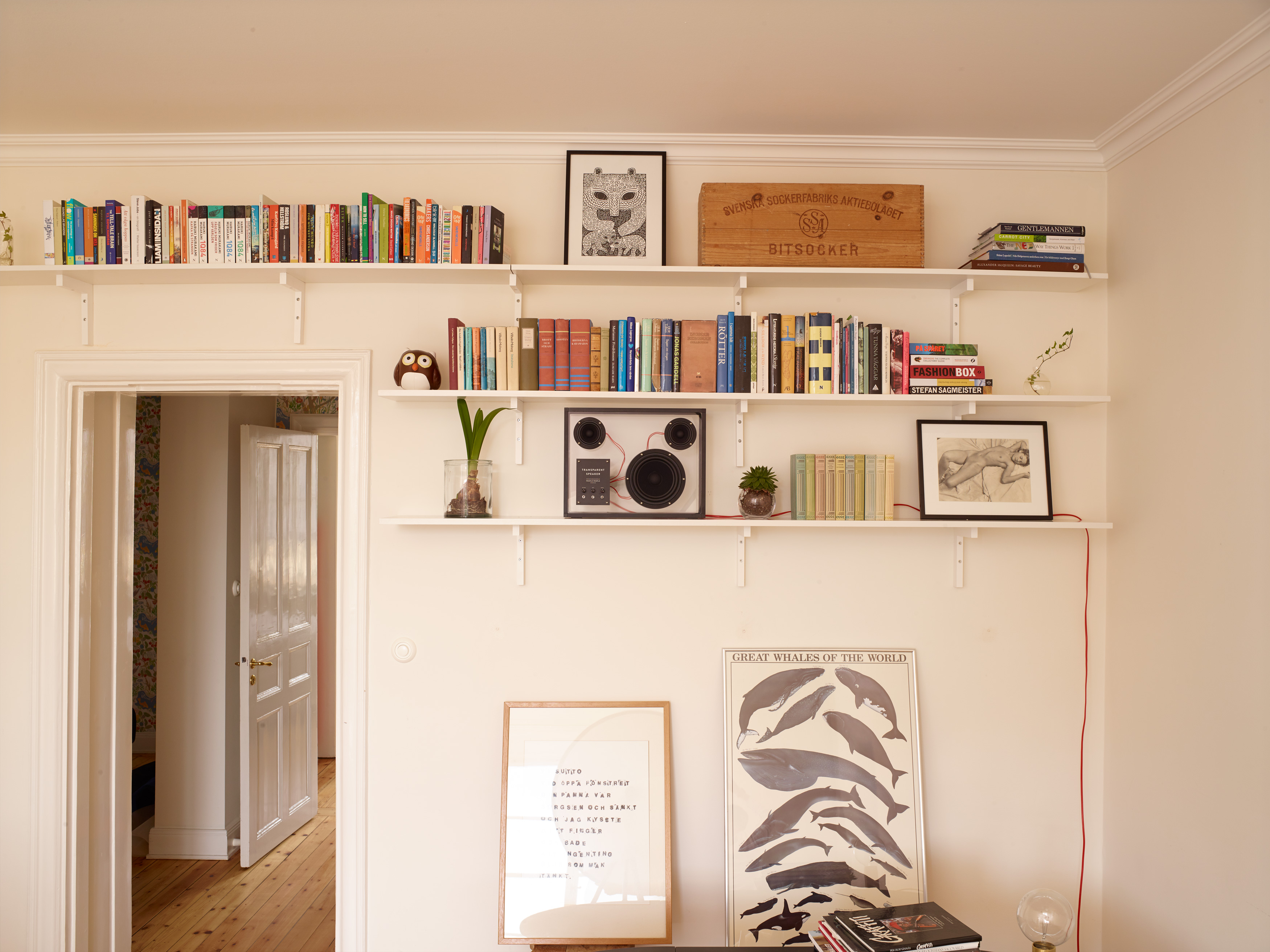 The amp unit itself features embedded digital signal processing (DSP) for a rich, balanced sound (which can be altered via the separate bass, treble and volume adjusters) while there are two ‘aux in’ inputs and a toaster slot for Apple Airport Express, allowing you to connect via a traditional wired connection or by WiFi.

So, want a speaker that can complement your own style while also making a big visual impact? The choice seems pretty crystal clear to us…