The guys at Bandit9 are no strangers to creating weird, wonderful and utterly beautiful concept bikes, as we recently turned your attention to the sleek Project Odyssey.

It is clear science-fiction themes run throughout the company’s build but the 125cc L-Concept doffs its cap directly at Star Trek’s USS Enterprise with a unique suspended engine system that mirrors the famous ship’s turbine reactor. 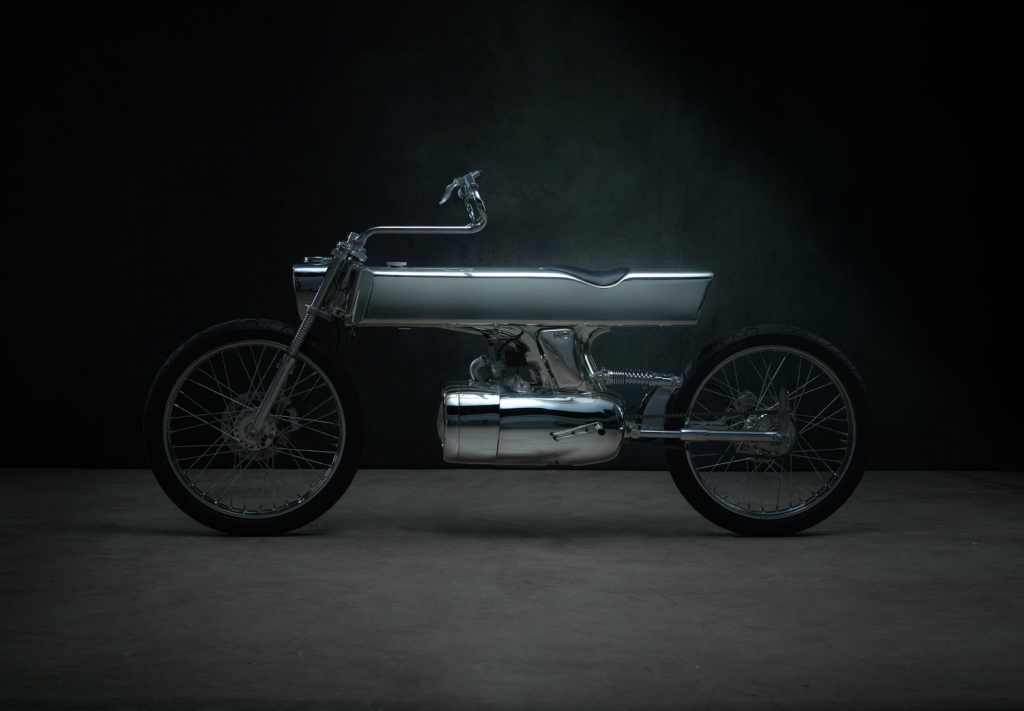 Further mind-blowing elements on the Bandit9 L-Concept include the unibody tank, which runs the entire length of the sleek and dazzling machine, while the swept back bars, throttle and levers are referred to as ‘manoeuvre controls’ to evoke an image of futuristic speeders.

Most of the Bandit9 L-Concept is painstakingly fashioned from polished aluminium and chrome, while the unique teardrop saddle – that is cleverly embedded in the metallic body – is fashioned from Italian calf leather. 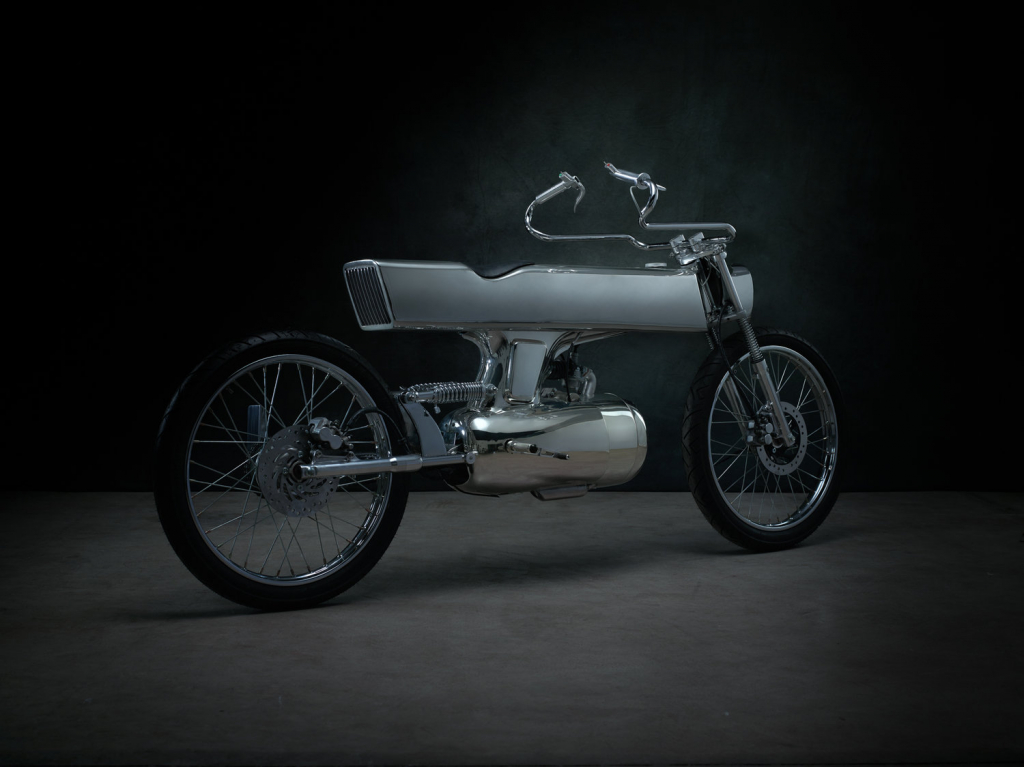 With a price tag of $10,950 (around £7,850), it might just be one of the most expensive little scooters we’ve ever laid eyes on, but it’s also one of the coolest and rarest, with just nine set to be built.

Visit the site if you’re interested but hurry, just six were available at time of writing.

Skunkwerx flat-tracker is here to turn heads and break hearts