Considering BMW seems to be the current the go-to choice for anyone wanting some classic custom cool, it comes as no surprise that the German marque wanted to cash in on the demand for old-school ‘airhead’ R series bikes.

Our good friend Pete at Side Rock Cycles has the back catalogue of all back catalogues when it comes to evidence of just how cool you can make an R80 look, with many of his creations proudly taking a space at Bike Shed London and Built’s own stand at the MCN Motorcycle Show. 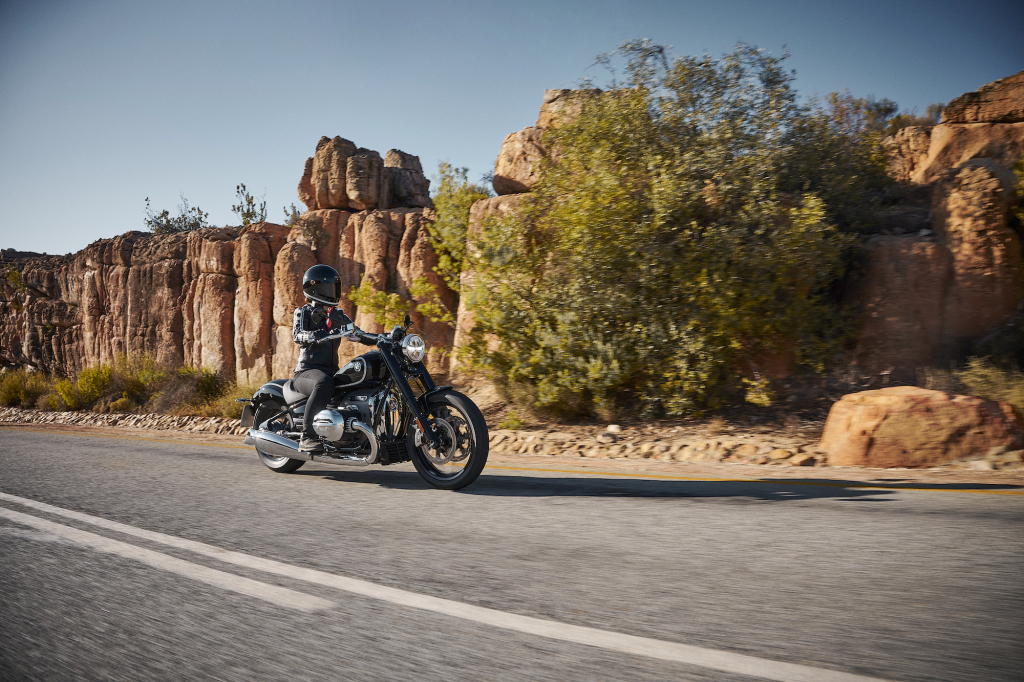 With the new R 18, BMW Motorrad enters the cruiser segment for the first time and boy, has it gone to town with the anus-puckering motorcycling cliches. First come the historical nods, with BMW’s project leaders claiming this new heavyweight takes cues from former models, such as the BMW R 5, apparently shifting the focus back onto the motorcycle essentials: purist, no-frills technology and the boxer engine as the epicentre of riding pleasure, combined with “good vibrations”. Eugh.

“Simply changing the bars and drastically alter the look”

Powering the machine is a ‘newly developed’ two-cylinder “Big Boxer” engine, with this iteration bored out to a gargantuan 1802cc, developing 91 hp at 4 750 rpm and 150 Nm of torque from 2,000 to 4,000 rpm. It’s the most powerful two-cylinder boxer engine ever used in motorcycle series production. It’s also the heaviest bike 0BMW ever produced. 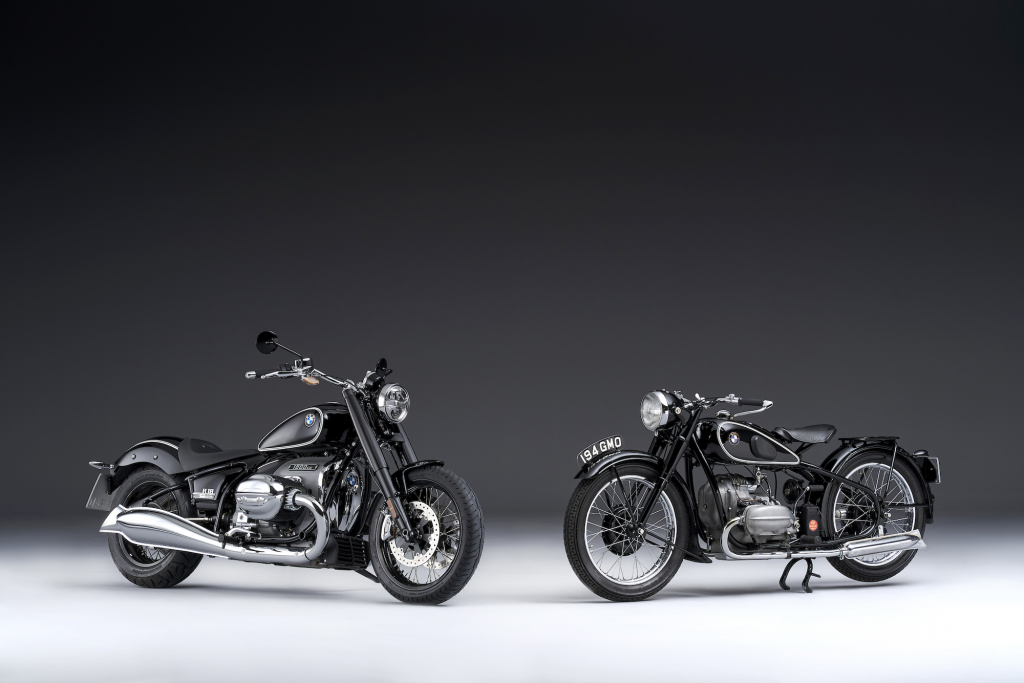 We’ll take the old one, thanks

Tipping the scales at 345kg, it comes with an optional reverse gear, while the double-loop steel frame is beautifully welded and parts perfectly cast to ensure all of that mass is kept securely in place.

Because this is a BMW, there are also plenty of amazing engineering and technical highlights, including the suspension. Telescopic forks and a directly mounted central suspension strut with travel-dependent damping and adjustable spring preload are all present and correct, which according to BMW, ensure superior wheel control and ‘attractive’ suspension comfort. Attention to detail is second to none. 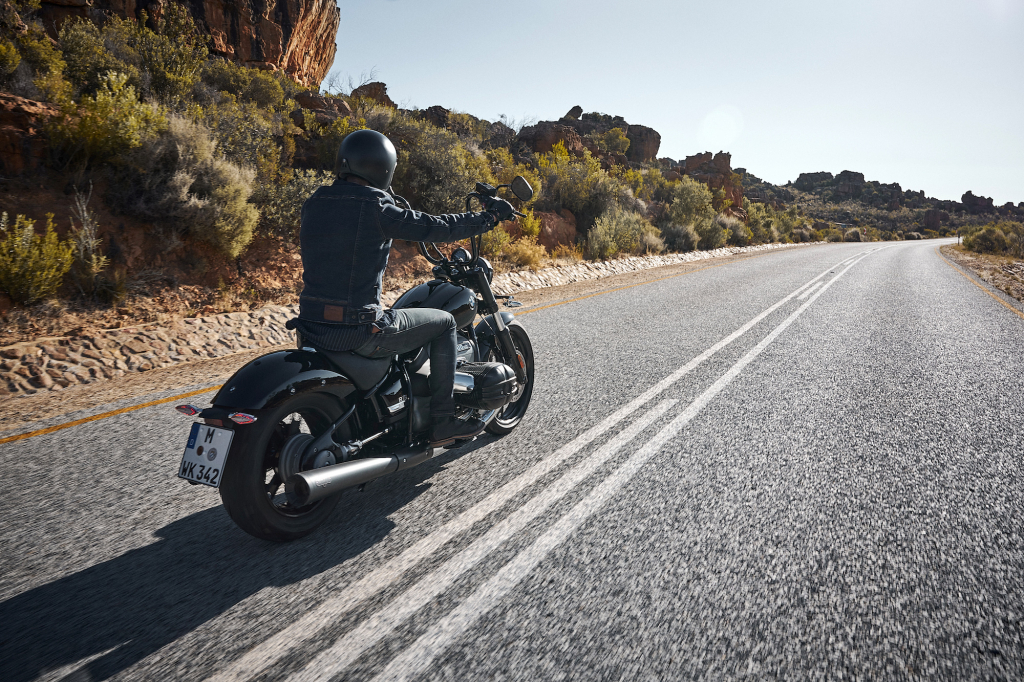 Tech highlights are plentiful too, with numerous switchable riding modes, including the puke-inducing “Rock and Roll” mode, which remains unclear as to exactly what it does. Traction control, hill hold assist, ride-by-wire throttle, ABS, headlights that bend around a corner like a Volvo and keyless ignition are all gizmos to show off to your mates down the pub, alongside the fact that your boxer engine is probably bigger than his.

Today’s neo-retro biker is also keen on customisation and BMW recognises this, so it offers lots of straightforward customisation options. Simply changing the bars and drastically alter the look and specially developed attachment points for the hydraulic lines of the brake, clutch and cable harness allow easy installation of higher or lower handlebars in conjunction with matching hydraulic lines and cable harnesses. Loads of bodywork parts can be removed and replaced with a huge back catalogue of bits, including those fashioned by popular names, such as Roland Sands, Vance & Hines and Mustang Seat. 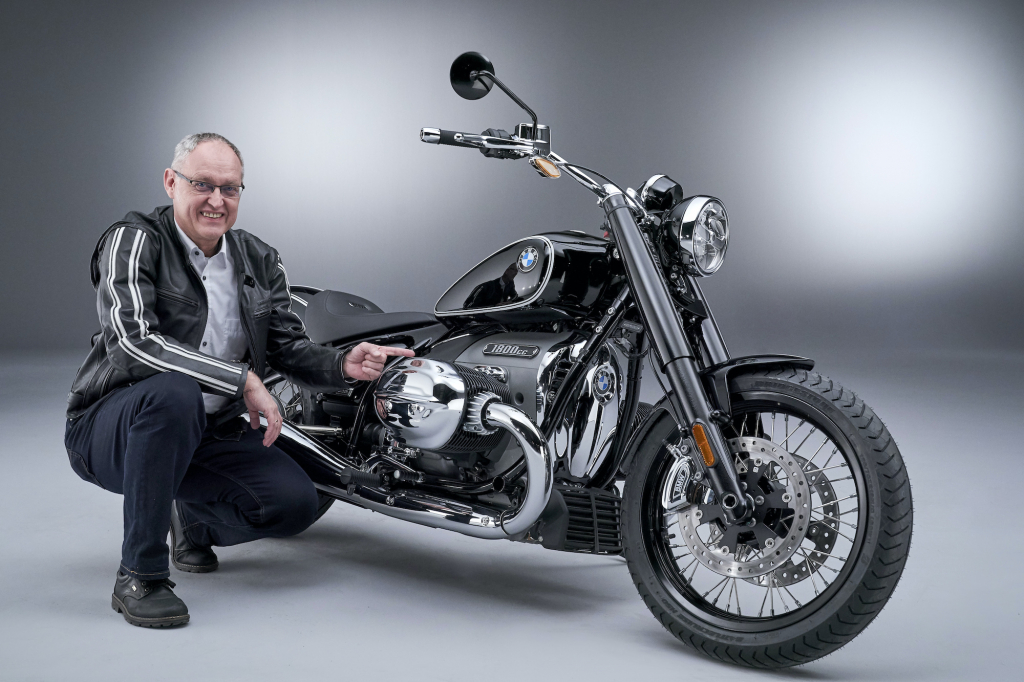 But that’s where the emotion runs out for us, it’s just so difficult to get excited about this bike. Everything feels overly analysed and sanitised. Granted, there will be builders out there that will make an R 18 look phenomenal, but it’s more likely to find homes with middle-aged accountants who think it’s rebellious to wear a leather vest with some kind of ridiculous ‘Chapter’ patch on the back.

When a press release has to hammer home ‘cool’ something is, it immediately sucks. Oh, and it will cost just shy of £19,000 when it lands.