The design of this Zero SR/S began at Pikes Peak, of all places. It was during the hill climb event of all hill climb events where lead designer and builder Michael ‘Woolie’ Woolaway was racing his own custom Ducati. Zero, the electric motorcycle Goliath, showed up with an SR/F that had been modified for the event, and Woolie was blown away. Work on the SR/S started soon thereafter. 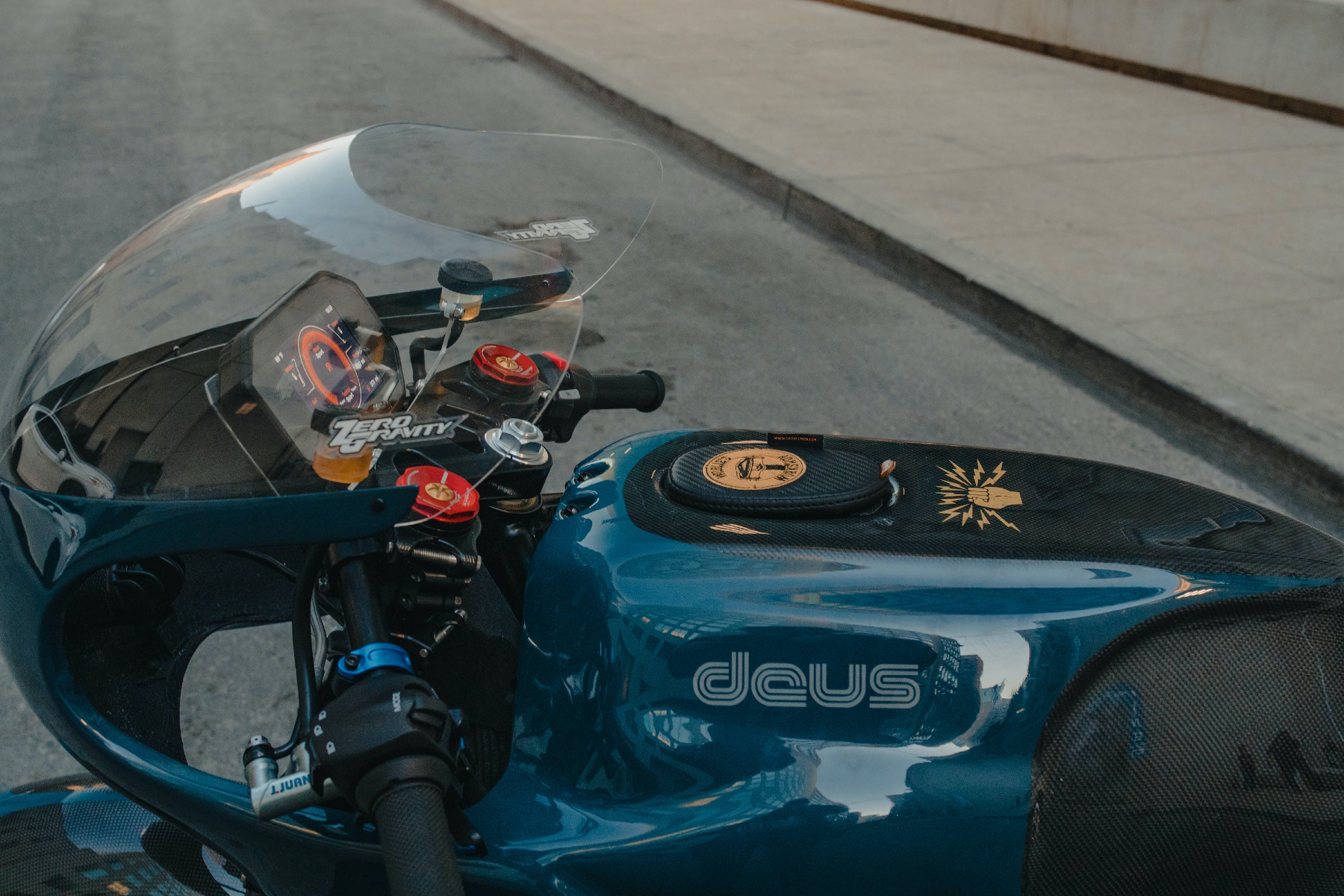 The process used to finish this stunner was all very traditional, despite the futuristic electric powertrain. Woolie sculpted the body by hand from foam plastic, using classic shaping tools and an old school touch. His intention was to create something old but new, using the familiar shapes of yesterday’s bikes with modern touches. The result is an insanely cool looking machine with a paint job that shows off its amazing three-piece carbon body, custom emblems and decals.

“The standard SR/S can reach a top speed of 124mph, features a maximum range of 200 miles and a total charge time of 80 minutes”

The seat was made by a company called Saddlemen, the windshield by Zero Gravity and the body by Taylor Made Racing. Much like the bike itself, each of these items was created by hand. The one-off custom also features some winglets at the front, which were fashioned from the bodywork of a Formula One car. Even the handlebar end caps were built by hand. 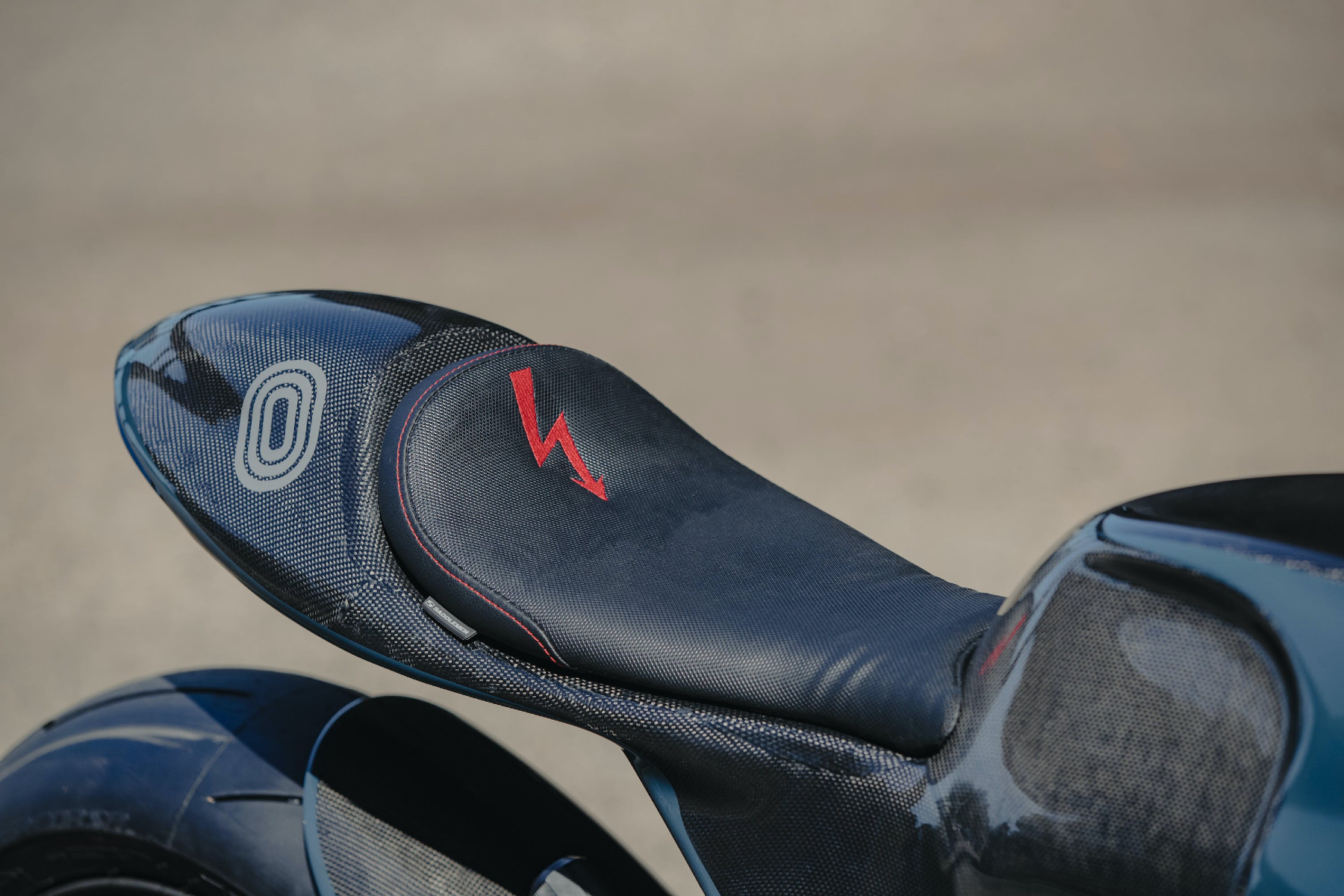 The bike underneath is a standard Zero SR/S, which puts out a respectable 110bhp and 190nm of torque, especially when you consider that the donor machine only weighed 230kg before having most of the weight and body stripped away.

The standard SR/S has a top speed of 124mph, a maximum range of 200 miles and a total charge time of 80 minutes. Woolie’s SR/S is much the same under the skin, with a few key aspects being tweaked, such as the handlebars, wheels and suspension. Woolie’s custom isn’t for sale, however, you can pick up the standard SR/S for around £20,000. 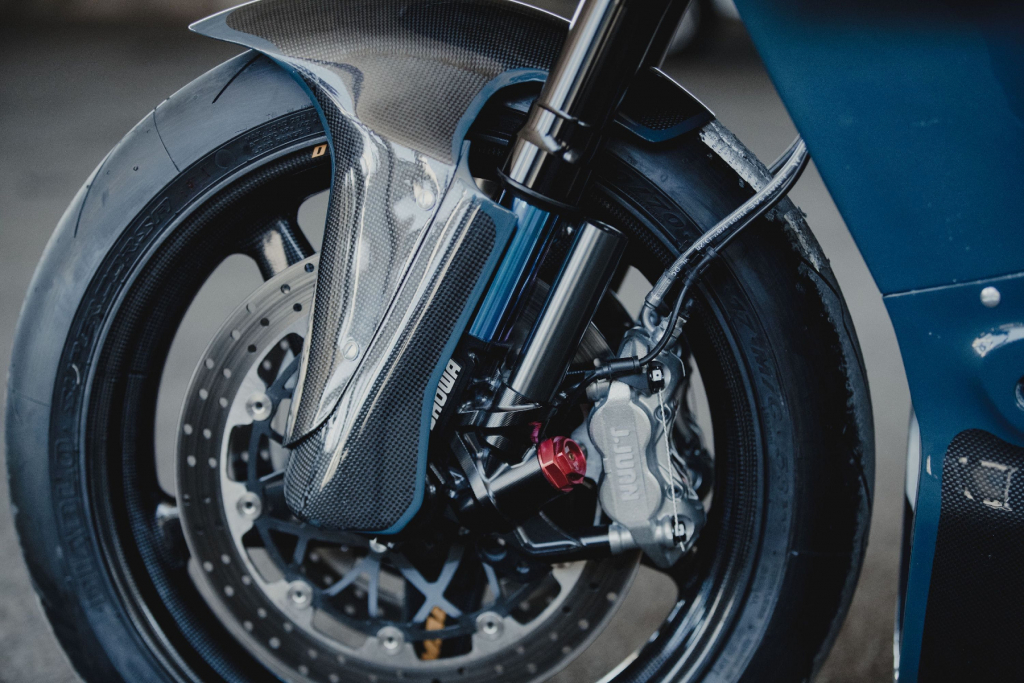 This custom SR/S does a great job of highlight the amazing ability EVs have to be completely malleable, thanks to their relative simplicity. Woolie called the SR/S a blank piece of paper when he saw it at Pikes Peak and used that to create his vision.

More power, improved range and honed styling. Is this the future of electric motorcycles?

An electric powertrain and a wooden seat. Need we say more?