The 6.2 litre Supercharged V8 from the Dodge Hellcat is once again finding itself in a rather strange location… the engine bay of the latest Dodge RAM pick-up. Perhaps the most over-the-top truck ever made just got a bit more in yer face. How do we know this? Well, the reveal footage for the TRX opened with a scene from the end of the first Jurassic Park, in which a T-Rex slaughters a few raptors. Rather on the nose, don’t you think? But anyway, back to the truck. This is not merely a revamp of the old SRT RAMs, it’s an all-new beast set out to take down the Ford F-150 Raptor.

The great big beating heart of this beast is the aforementioned Hellcat engine; a 702-horsepower supercharged V8 that’s able to furnish this hauler with a 0-60 time of just 4.5 seconds and a top speed of 118mph. The engine has been in Challengers, Chargers, the Jeep Trackhawk and the Dodge Durango, making well over 700hp in every instance and 840hp in the ‘Demon’ variant of the challenger. 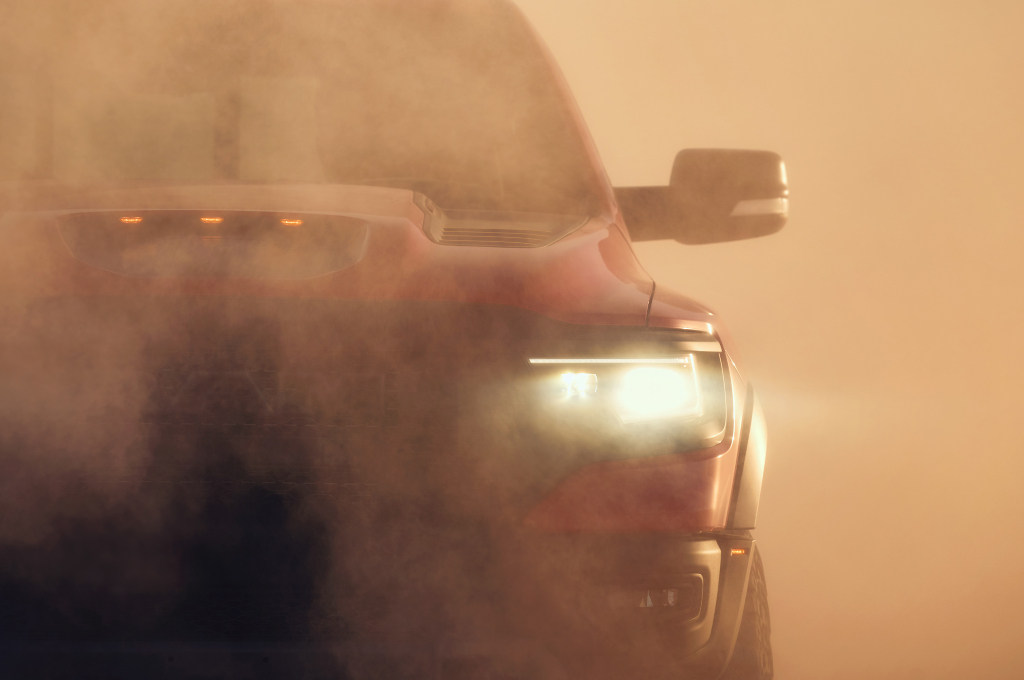 Due to this, the Ford Raptor does not even come close and the TRX makes a laughing stock out the Toyota Tundra TRD Pro. To compare it to something available on this side of the world, the TRX is more powerful than the Lamborghini Urus, the new Aston Martin DBX and the Bentley Bentayga. That 0-60 time is in the realm of some low-slung sports cars, like the 911 Carrera, the Elise sport 220 and the new Supra.

Despite the massive power figures and baffling acceleration, the TRX seems to be a formidable off-roader too, with the press release footage and imagery showing the TRX climbing dunes, jauntily skipping over rocks and charging through a somewhat shallow puddle, but carefully wading through an incredibly deep one, too. 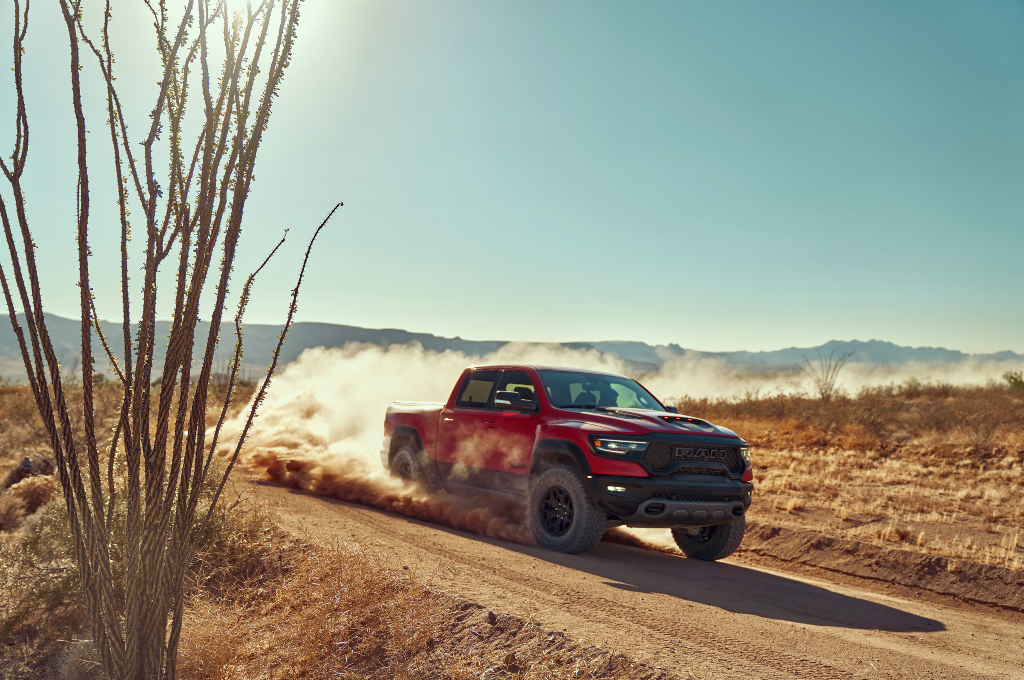 The truck has 300mm of ground clearance, over 800mm water wading depth, Bilstein shocks with plenty of suspension travel and bespoke 35-inch Goodyear tyres. Additionally, the TRX has seven different drive modes and an ‘Active’ transfer case, which splits the power between the front and rear axles in various ways. It will be interesting to see where the owners manage to take these things, and there will most certainly be a smorgasbord of social media posts showcasing the truck in a precarious place.

Unlike the Ford Raptor, the TRX only comes as a ‘Crew Cab’, a handy four-door, five-seater, because having anything less would be ridiculous. The styling is as outrageous as the engine choice; however, it is also greatly customisable. Massive ‘hood’ bulges with multiple intakes and vents and an enormous black bumper wrapping around flared wheel arches with ‘RAM’ stamped into the front grill are just a couple of highlights. 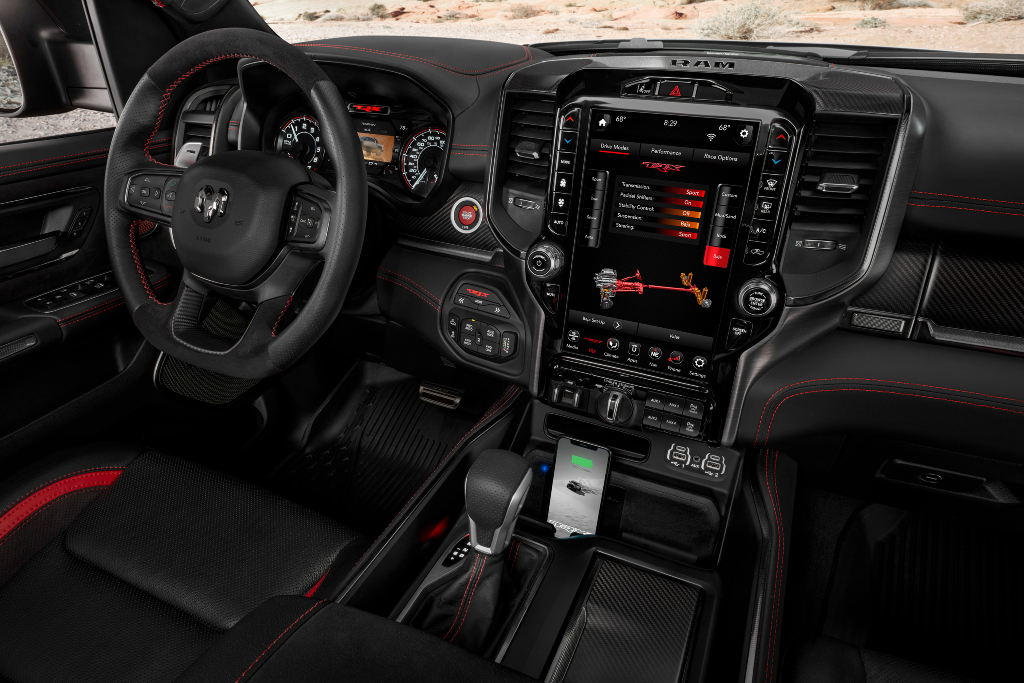 Unfortunately, and much like the Ford F-150 Raptor, we won’t be seeing the TRX on UK roads any time soon. That might be a good thing, given its size, but unless you know an importer, this one is just for the bedroom wall.