Emory Motorsports develops a Porsche 356 RSR fit for the apocalypse

Emory Motorsports develops a Porsche 356 RSR fit for the apocalypse

The Porsche 356 is arguably one of the most elegant and timelessly beautiful cars to ever grace the road. Only rivalled by Sean Connery’s DB5 in Goldfinger, ejector seat and all. Come at us if you disagree.

Simply put, the 356 conjures up images of expensive leather loafers, silk shirts, cigars and cruising Capri sunsets… until Oregon-based geniuses Emory Motorsports come along and tear up the rulebook, that is. 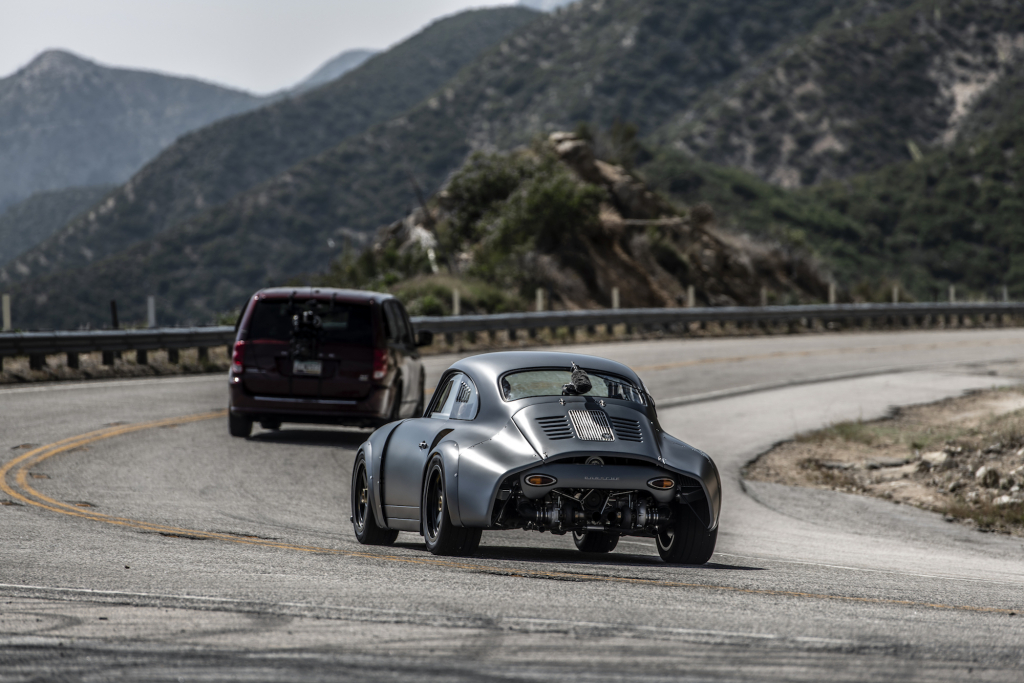 Rod Emory, the man behind the company and general Porsche genius, has created the 356 RSR in, what he is calling, a ‘homage to the 70’s Porsche Works 935 cars,’ while retaining all of the juicy outlaw styling the company is now famed for.

Head over to their website to see a list of previous builds (don’t blame us if you pass out), including their go-to Emory Outlaw model, which receives modified 911 suspension and a very special Emory/Rothsport four-cylinder engine. That alone is a work of art. 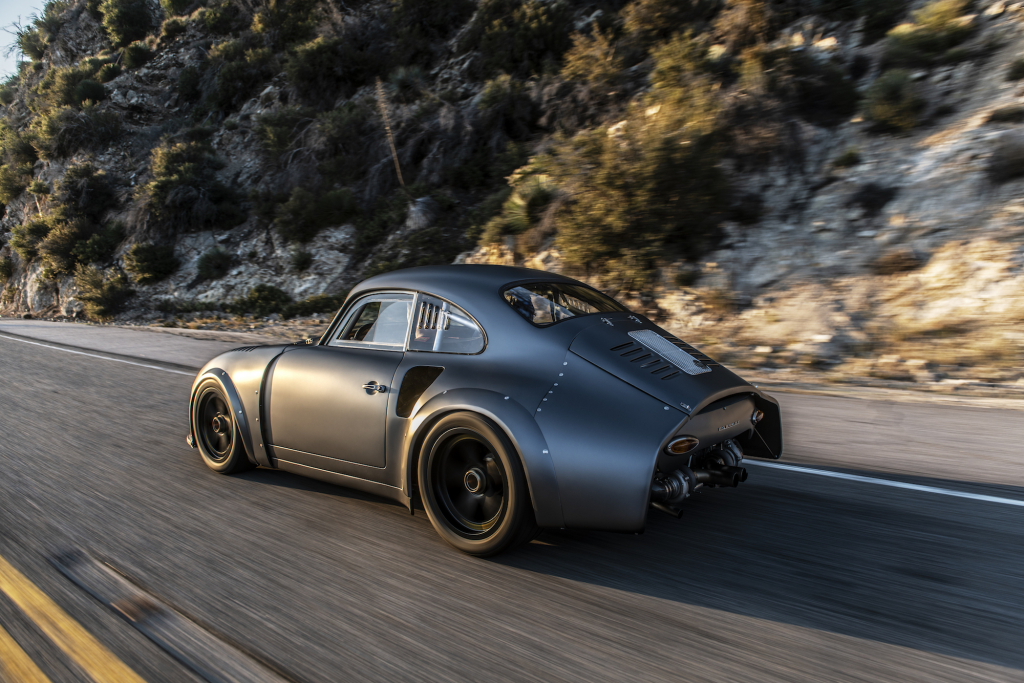 The chopped 356 started like many of Emory’s builds with the perfect blank canvas, which in this case was a 1960 356B T5 coupe that was absolutely riddled with rust. The crew then set about transforming the creation into a riveted steel beast that would look at home on Darth Vader’s driveway.

“The team has injected serious cajones into this build via a custom Emory/Rothsport Outlaw 2.4-litre engine”

The bodywork has been mounted onto a 964 chassis and clad with hand-formed aluminium panels, of which the nose and tail are removable to grant the team easy access if the 356 needs a tune-up (or simply to impress the coffee shop crew). Although the Emory 356 bleeds a beautiful blend of dystopian post-apocalyptic vibes and classic style, the real genius is in how well they’ve preserved the original Porsche silhouette. 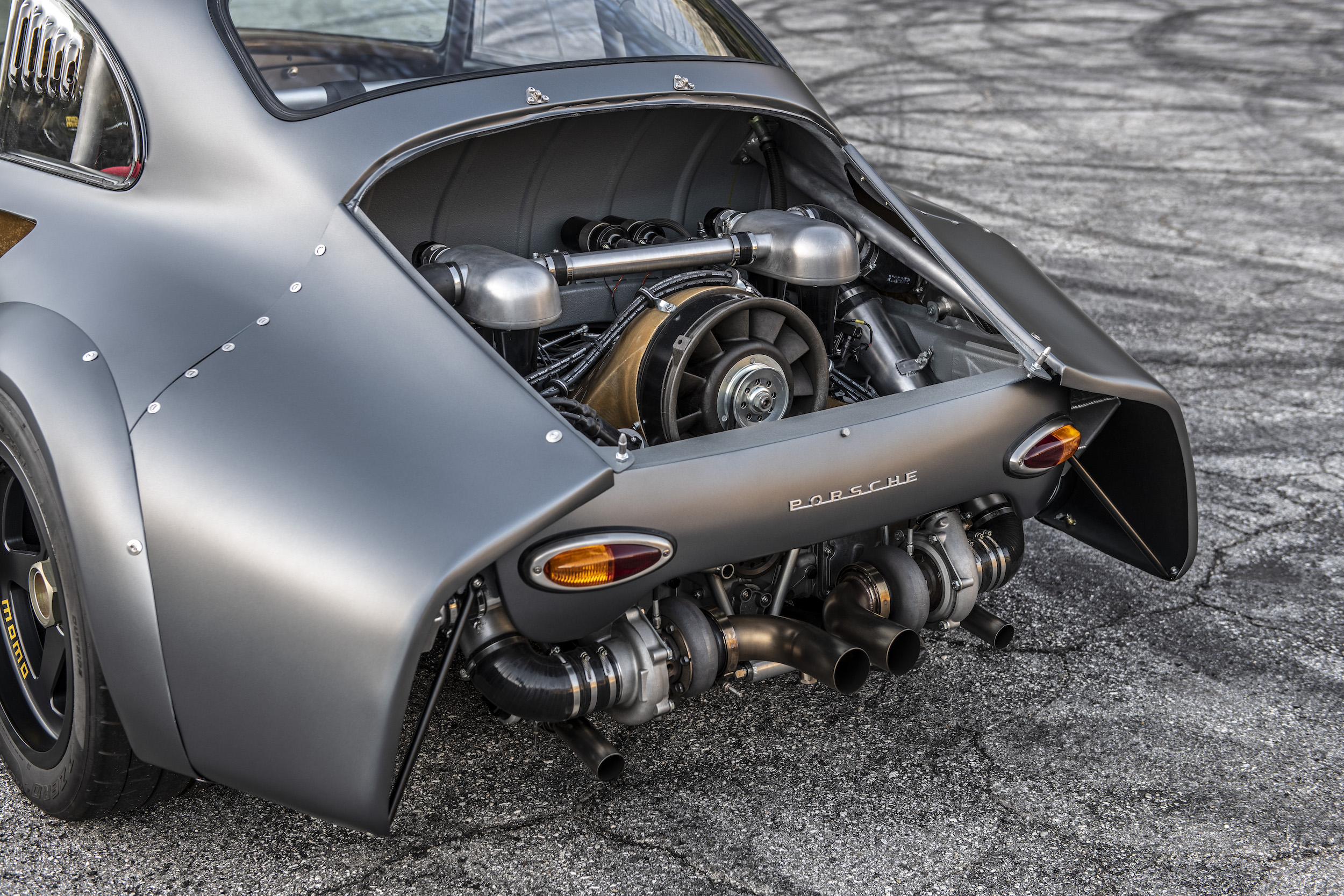 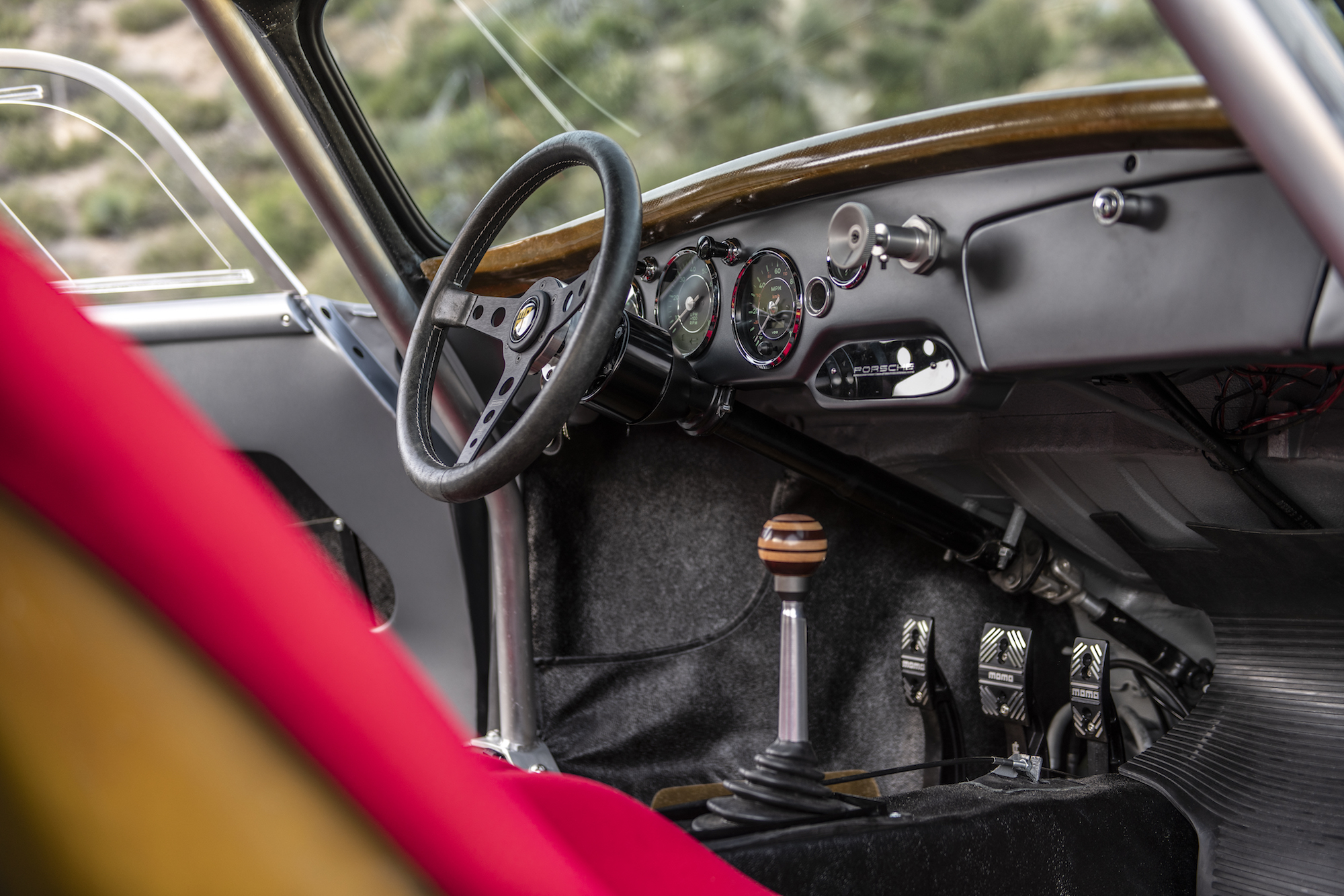 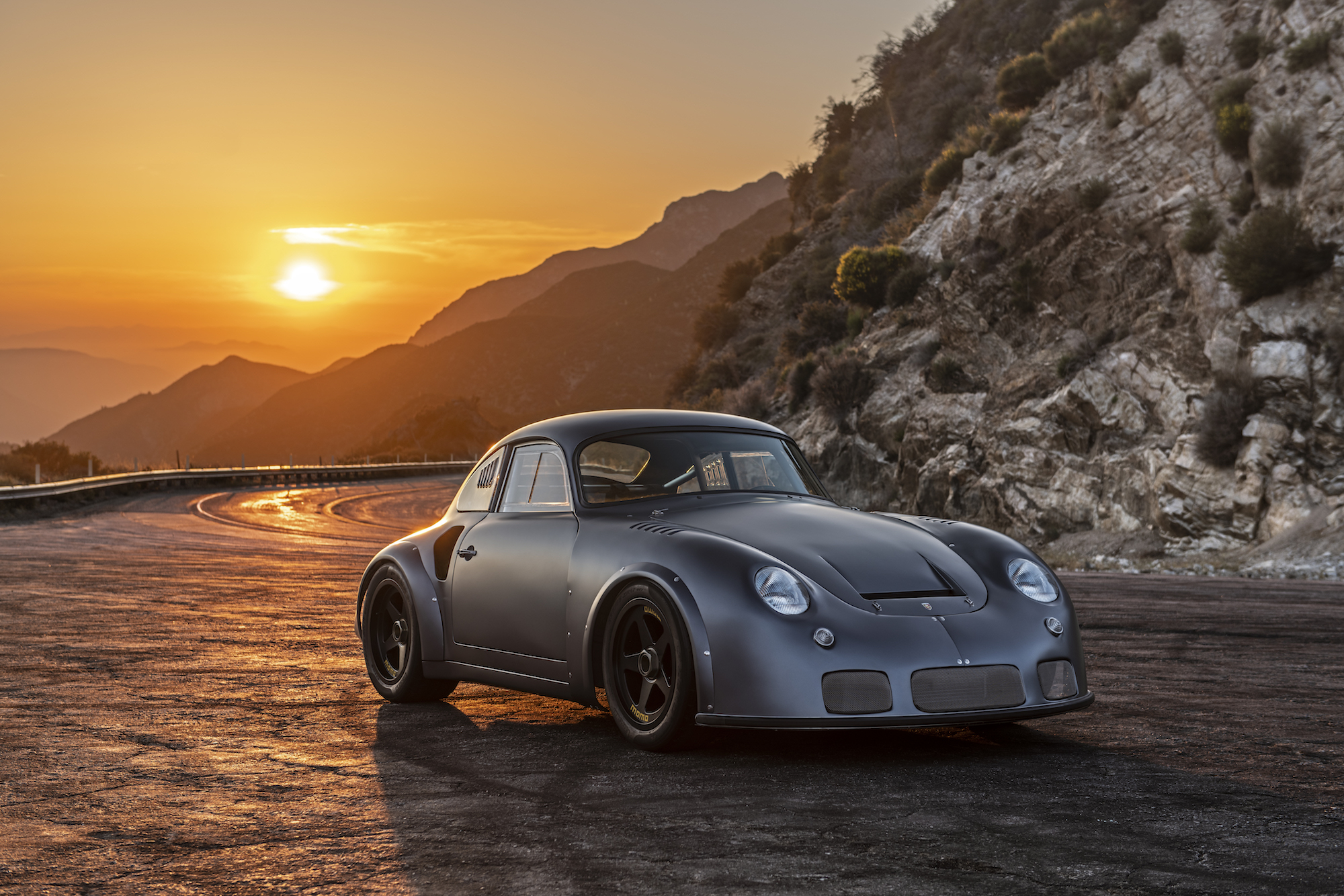 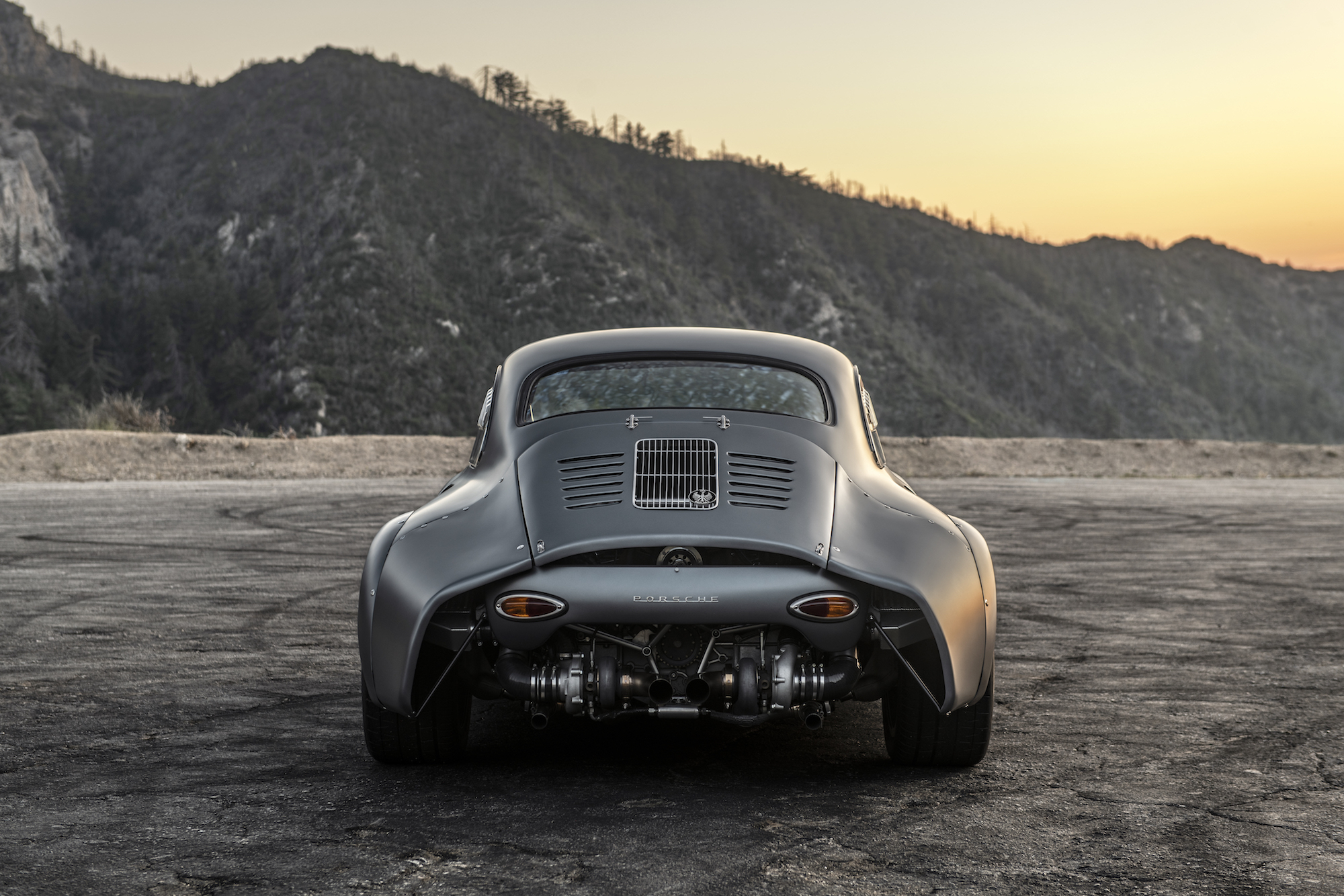 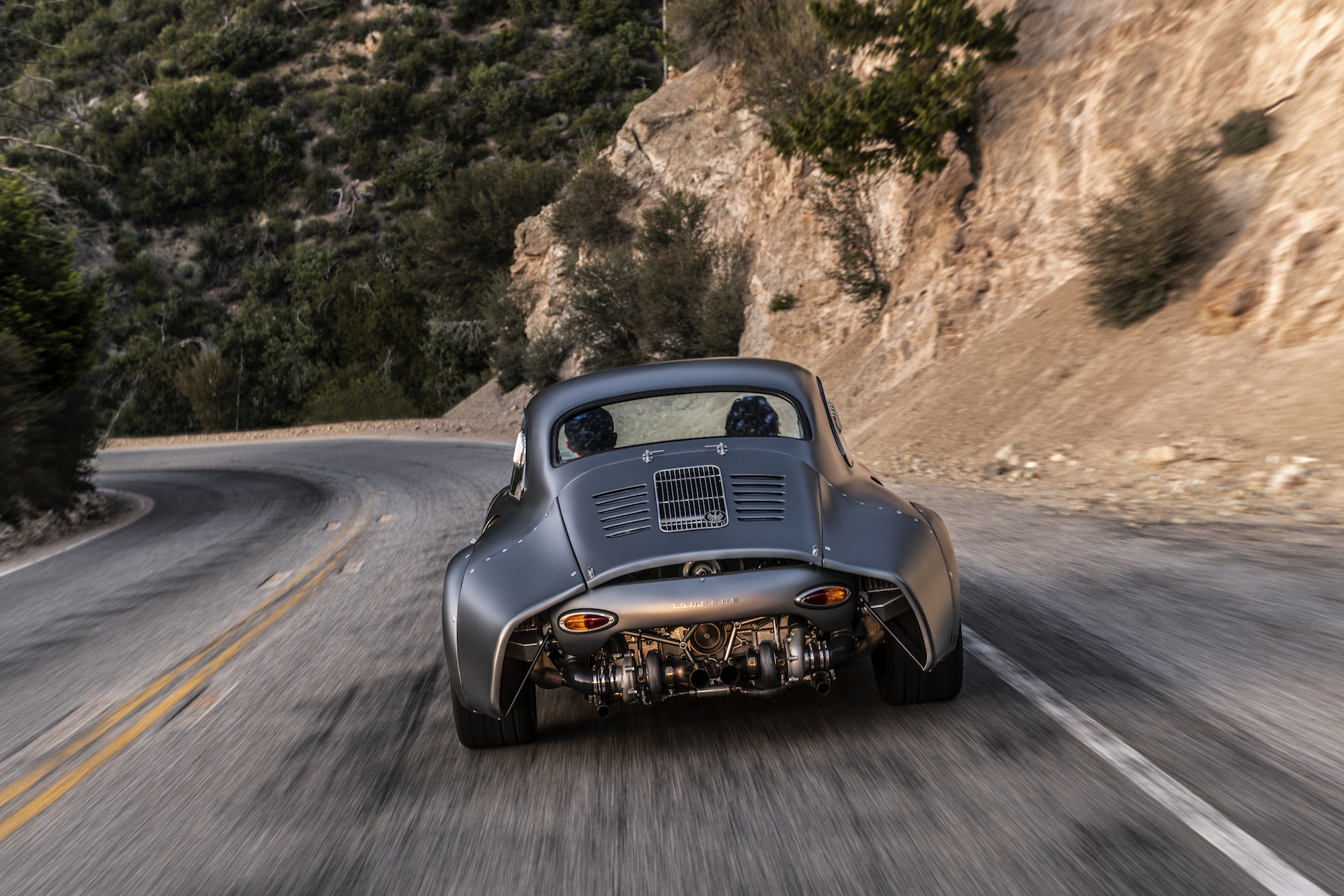 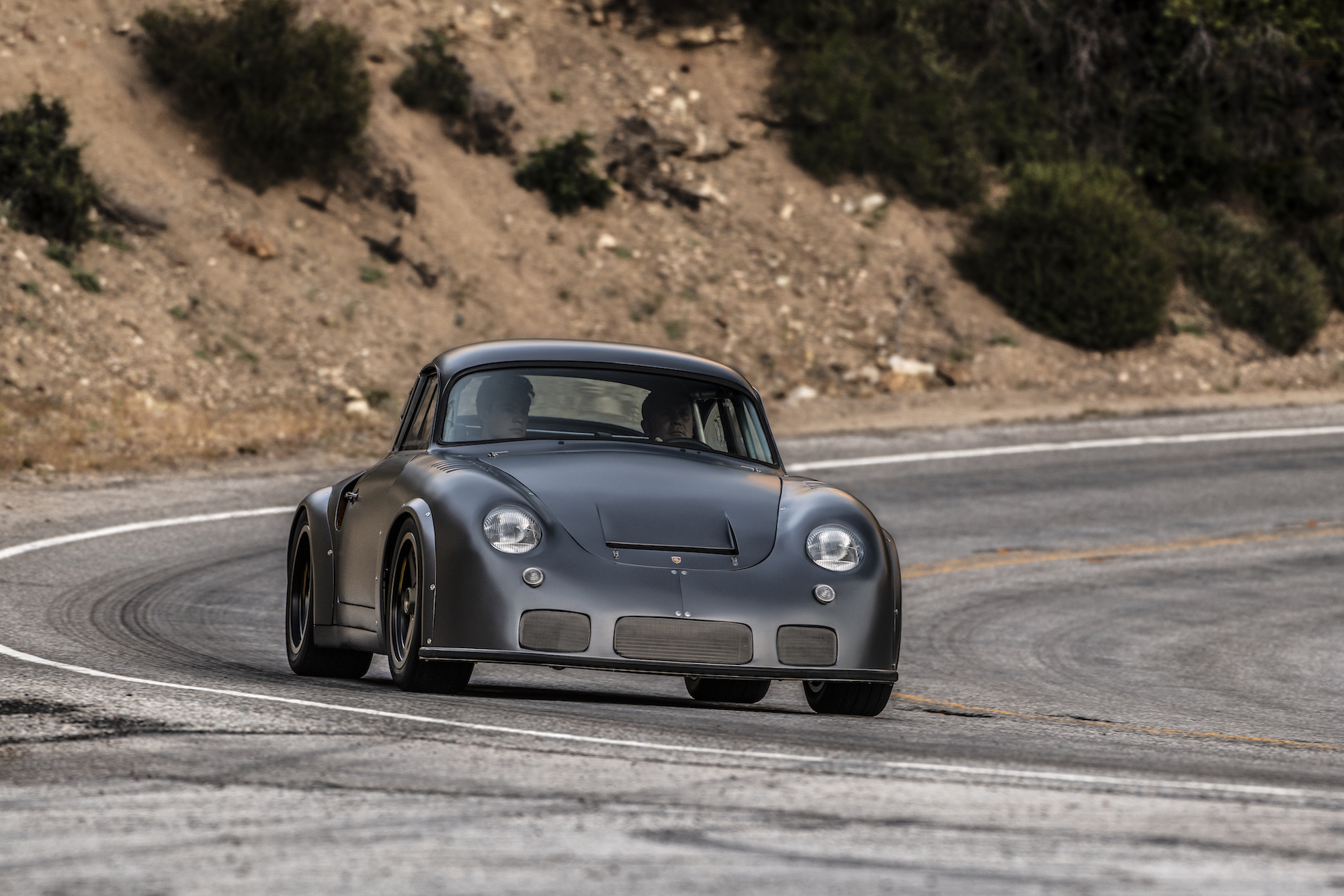 It’s also probably important to mention that the Emory 356 isn’t just a showpiece, because Rod and his clan have injected serious cajones into this build via a custom Emory/Rothsport Outlaw 2.4-litre engine, which spits out close to 400hp thanks to a pair of turbos. Weighing in at a featherweight 900kg, the Outlaw 356 will likely out-gun even the feistiest of modern sports cars.

It’d be fair to say that Emory are one of the most interesting outfits to watch when it comes to unorthodox restorations, and even fairer to say that we would give several limbs for an opportunity to get behind the wheel of this thing. It’s just too frickin’ cool.