No longer the preserve of log-lugging lumberjacks, pickups have become cool and, at least in modern terms, Ford’s F-150 Raptor is the daddy. Unfortunately, the “Built Tough” behemoth isn’t available on UK shores – at least not officially – however, there is hope for pumped-up pickup fans in the shape of the newly-announced Ford Ranger Raptor.

Like it’s 450hp big brother, the new Ford Ranger Raptor gets some muscular new styling cues, including the eye-catching “FORD” grille design. Just in case, y’now, you forgot who makes it… 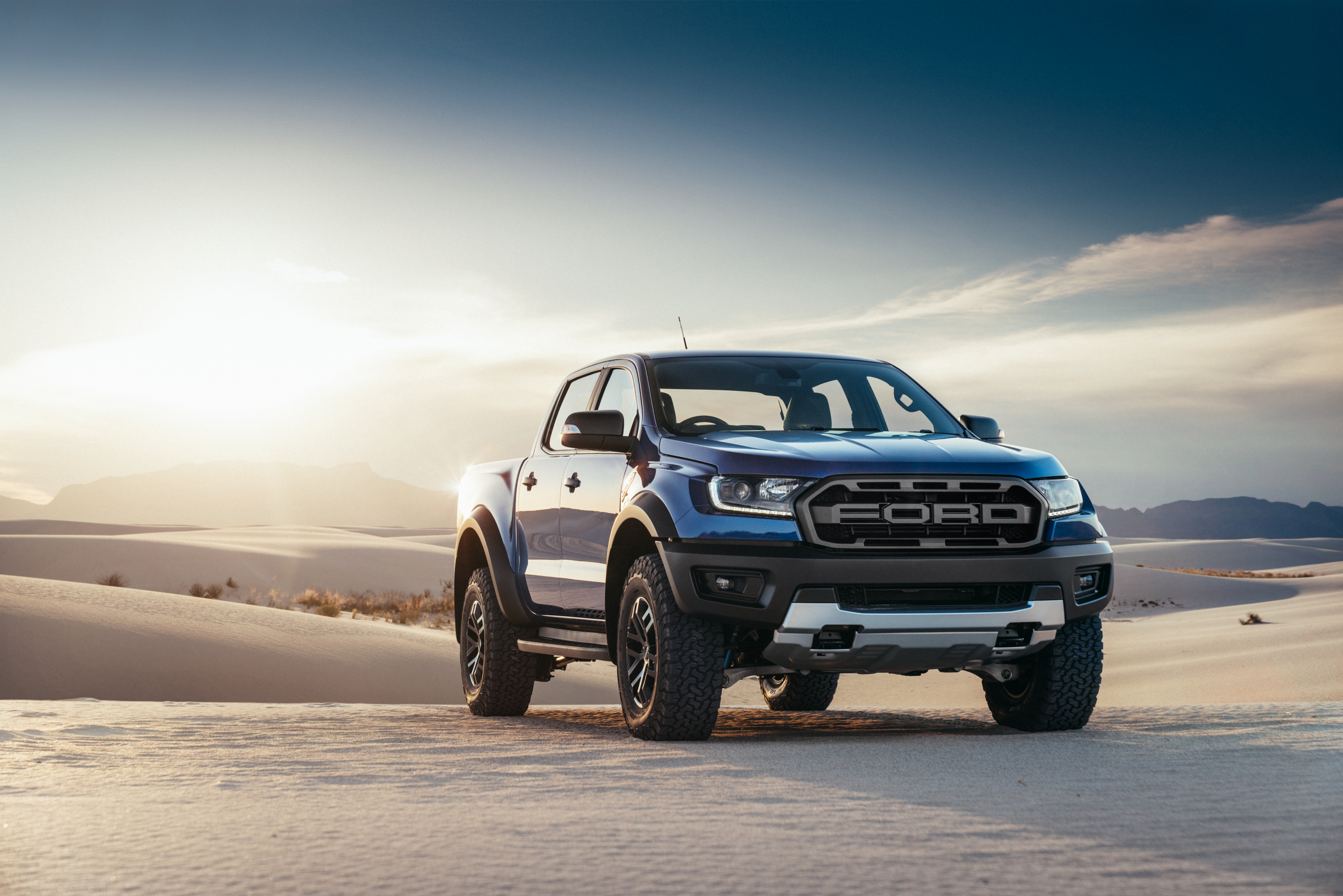 Designed to conquer your locals dunes, the front bumper has been redesigned to offer “desert durability performance” and, while nowhere near as monstrous as the supersized F-150, the Ford Ranger Raptor is noticeably more muscular than its standard counterpart.

Using a composite construction at the front to ensure it is strong enough to take an off-road beating, the baby Raptor gets the wide-arch treatment all-round as well as a set of long-travel Fox Racing Shox dampers should you decide to embark on a Baja-esque adventure.

The competition-bred suspension should ensure the Raptor can tackle the toughest terrain while “Internal Bypass technology” prevents it wallowing around like the QE2 when back on the black stuff.

Off-roading is made even easier with a set of super tall knobbly tyres and Ford’s Terrain Management System, which provides two on- and four off-road driving modes (including the famous ‘Baja’ setting). 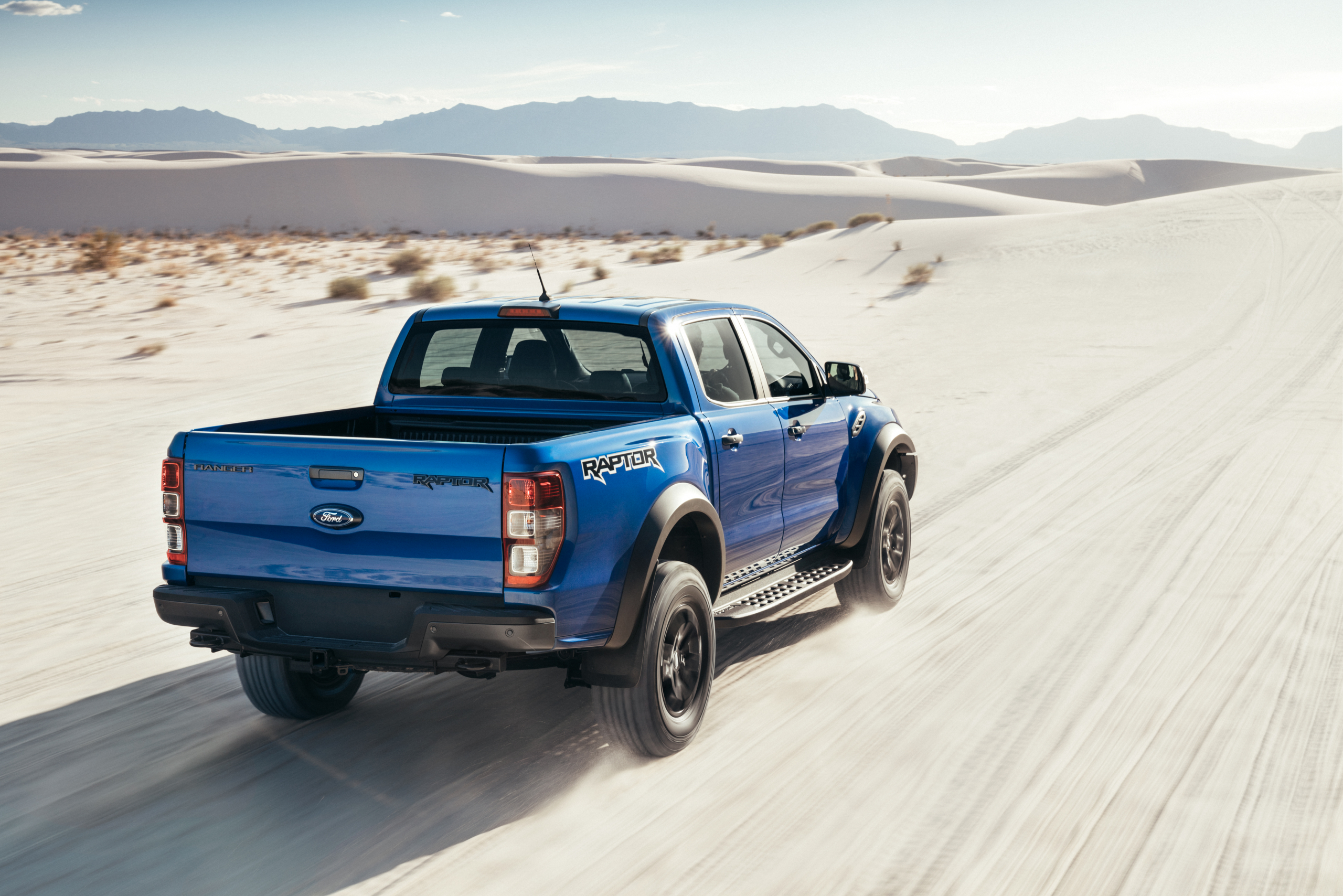 Unlike the F-150, the Ford Ranger Raptor doesn’t get a 450hp EcoBoost engine. Instead, a hugely torquey 2.0-litre twin turbo diesel is mounted up front, driving through a ten-speed auto ‘box. (NB: 100 Flat-Out points to the first person who shoe horns in the F-150’s 3.5-litre V6 into the Ranger).

Launched initially into the Asia Pacific market, the Ford Ranger Raptor might make an official appearance on UK shores (unlike the US-only F-150). Our fingers, toes, arms and legs are firmly crossed…

Longing for a Raptor rampage? Keep an eye out for Dan Trent’s F-150 road trip, coming soon to Flat-Out.

Fan of classic Americana? You'll be like a kid in a toyshop