This year marks a rather special anniversary for Indian Motorcycles, seeing as it is 100 years since the unveiling of the very first Scout model. And in typical Indian fashion, the US bike builders are teaming up with Belgium’s Workhorse Speedshop to gift us their new Bobber-based sprint racer.

Workhorse head honcho Brice Hennebert has overhauled the street bike in time for racing season and its sleek exterior has been honed for competition. Armed with 130hp, the new and improved Bobber takes styling inspiration from Burt Munro’s ‘Worlds Fastest Indian’ but also benefits from a potent concoction of steroids and rocket fuel. It’s up there with the stunning Yamaha XSR700 build from a couple of years ago in terms of visual aggression. 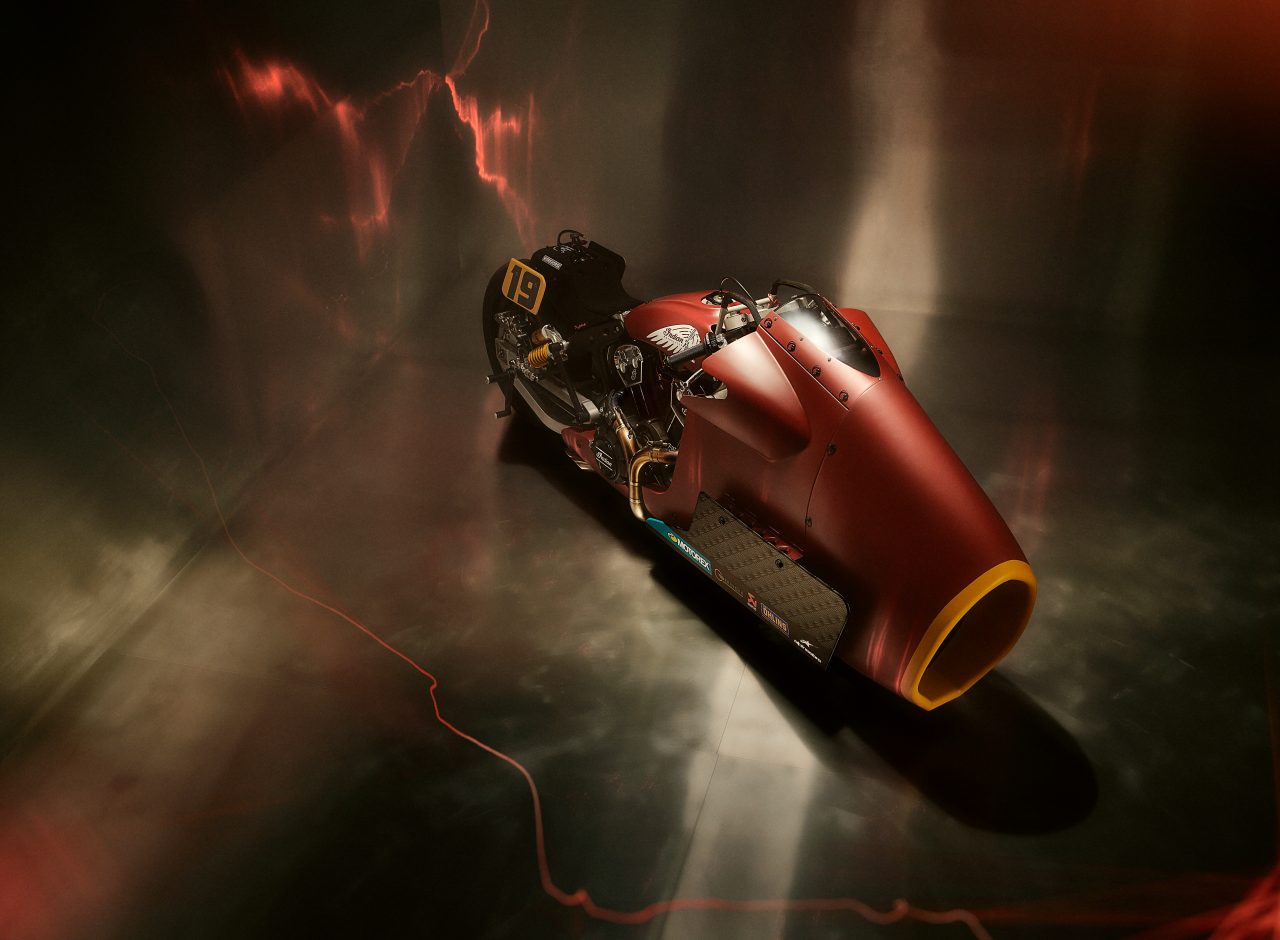 Indian and Workhorse have high hopes for “Appaloosa”, which will be emblazoned with the number 19 at numerous sprint races throughout the year, in order to draw attention to 1919, the year the original Indian Scout was first revealed.

“With over 700 hours invested in the build, Brice has left no stone unturned in his quest for speed”

Appaloosa will be piloted by Moto GP icon Randy Momola under “factory class”, who says: “I’ve always been a big fan of Indian Motorcycles and I’m really looking forward to racing this amazing creation. It’s great to be part of this project, especially during the Scout’s 100th anniversary. With the Sultans of Sprint being such a unique series, it’s going to be a lot of fun soaking up the atmosphere, meeting the crowds and putting on a show for them”. 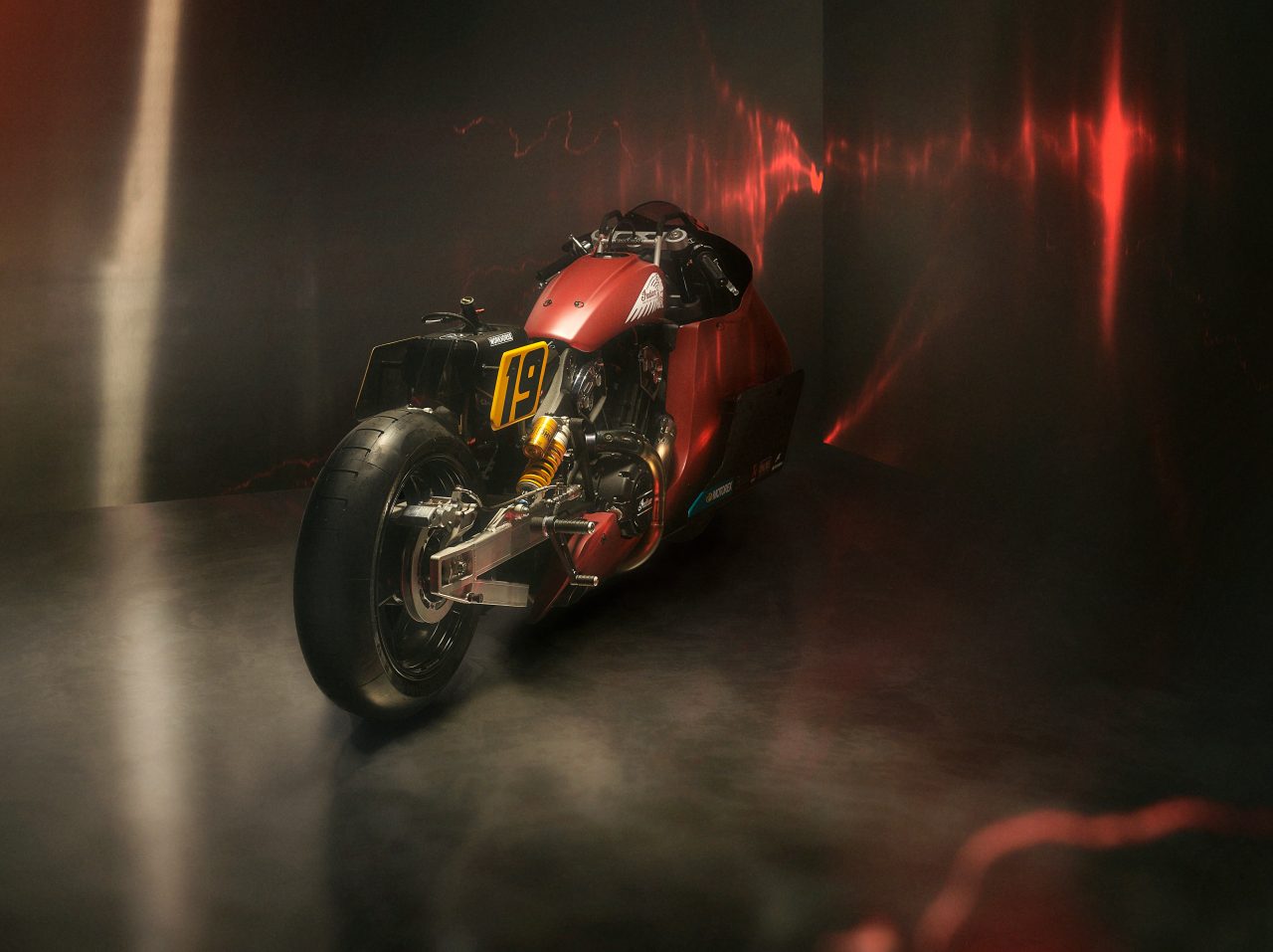 With a rumoured seven weeks shaping the aluminium body alone, we think it’s fair to say the sheer time and attention to detail invested into this thing is enough to raise Brice to Sensei levels in the bike building world.

Aside from the brutish bodywork, Brice has given the Scout some serious cojones, beginning with a belt-to-chain drive conversion and quick-shifter. In order to raise the output to 130hp, Workhorse has thrown in a 30hp nitrous boost, which in turn shaves 42kg from the overall weight, keeping the all-important power-to-weight ratio below the factory class threshold of 0.65hp/kg. 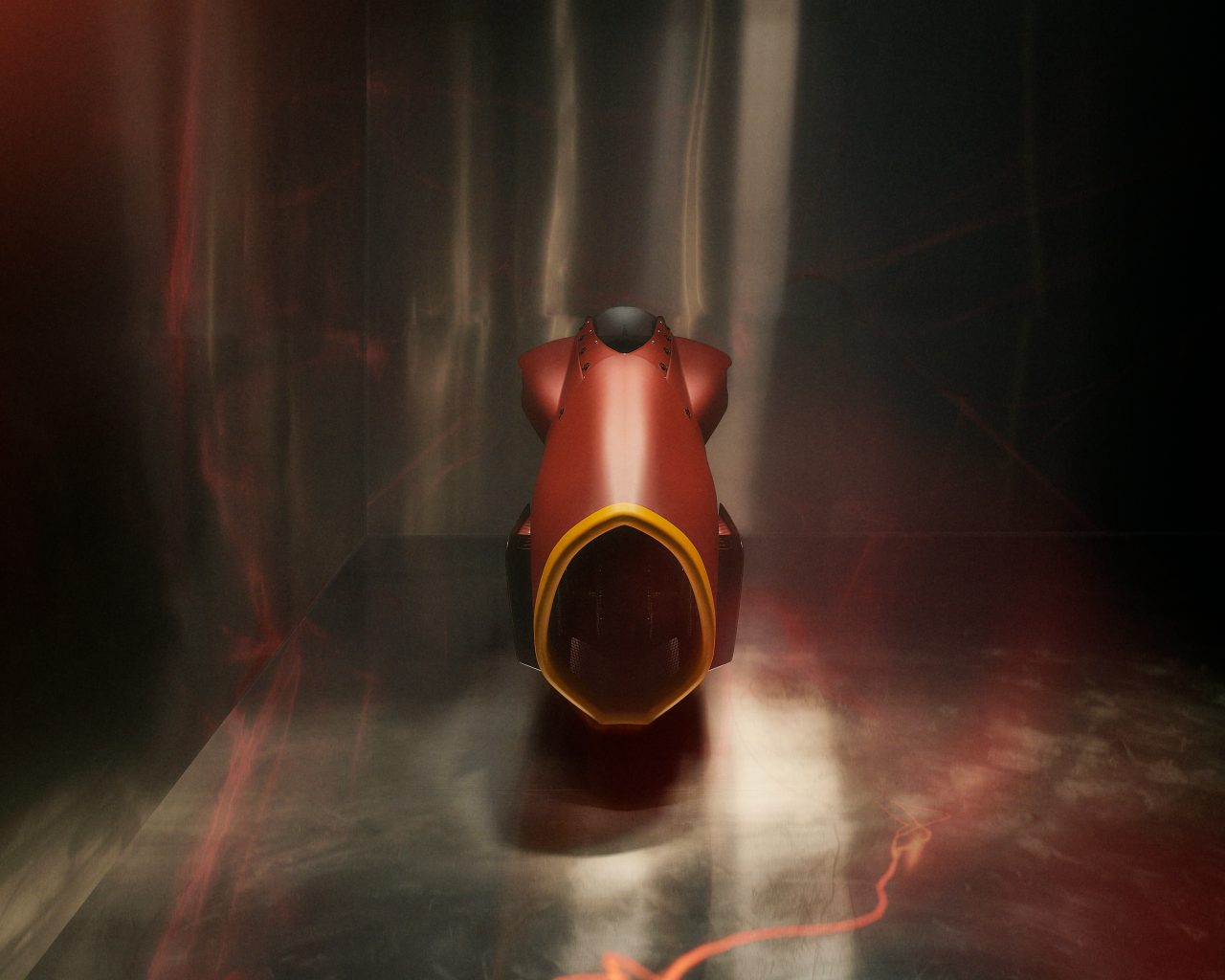 The juicy details don’t end there though, because Brice has also fabricated a new sub-frame, sporting lower clip-on handlebars and drag style foot controls, which see Momola pretty much lay on the machine in the pursuit of all-out speed.

Workhorse realised that the success of Appaloosa relies on traction when the flag drops and the crew have taken no chances. For enhancement, they have designed and welded an extended aluminium swingarm – coupled with advanced, fully adjustable suspension. This includes STX 36 piggyback rear shock absorbers and Retro 43 front forks provided by a team of Swedish wizards over at Öhlins Racing. With over 700 hours invested in the build, Brice has left no stone unturned in his quest for speed 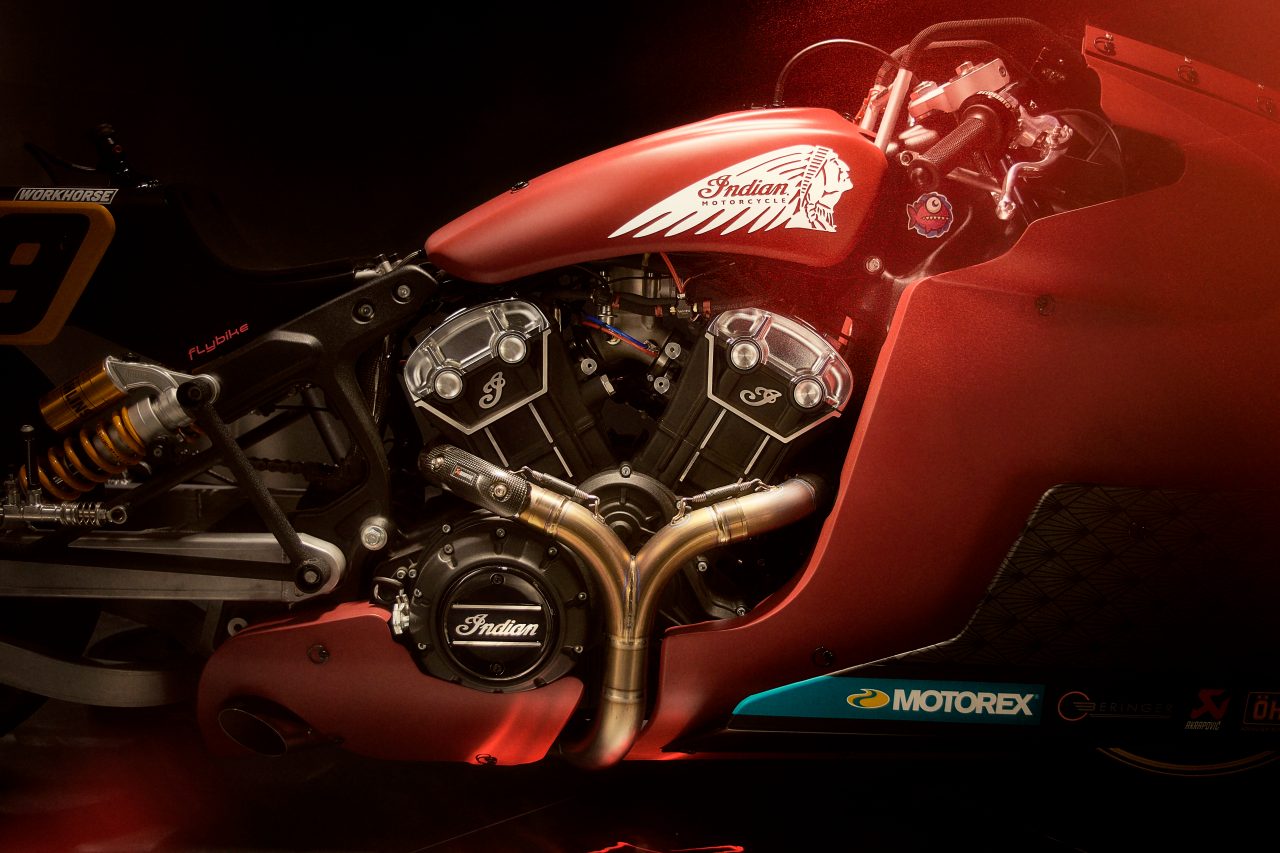 You can follow Appaloosa throughout the Sultans of Sprint racing series, or get up close and personal with it at The Bike Shed (24 – 26 May) London or during Wheels & Waves in France (12 – 16 June).