Tony Stark is no stranger to exotic sports cars. He’s shown in the films carting a bevvy of beautiful women around in all manner of special vehicles. It’s no surprise, then, that the man who plays him has a fresh car collection of his own, with the latest addition to that arguably rocketing to the very top of the cool charts: it’s a restomod 1974 BMW 3.0 CS from SpeedKore.

The multi-award-winning car builder from Wisconsin USA is known for its show-stopping builds and famous clientele, and SpeedKore’s creations have been featured all over the internet, most notably on Jay Leno’s garage. Robert Downey Jr. has history with the outfit, as he had Speedkore build co-star Chris Evans a 1967 Camaro, as well as a 1970 Boss 302 mustang for himself. Sweet. 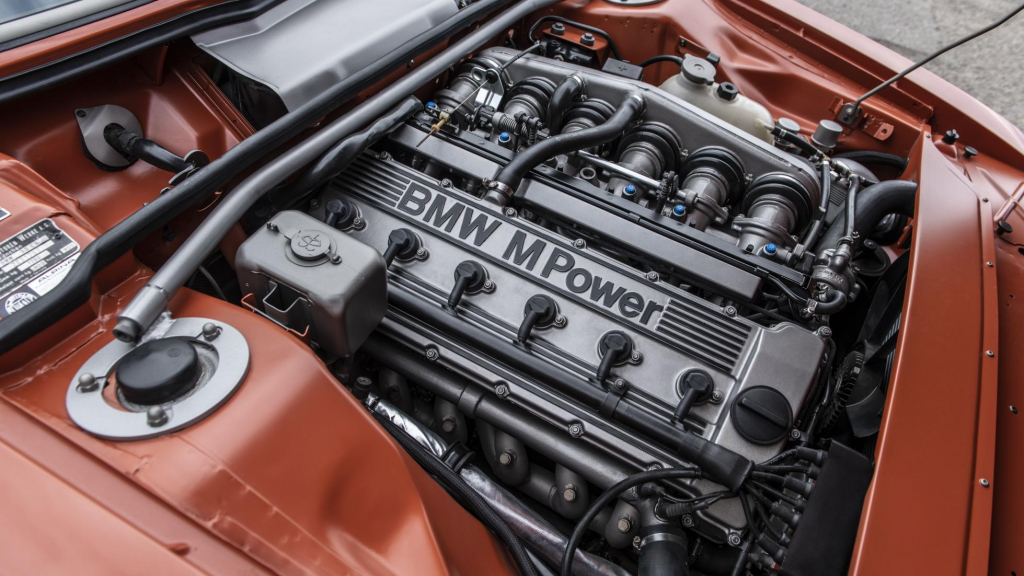 The body kit on this E9 is reminiscent of the 3.0 CSL touring cars from the ’70s, the huge lip upfront is made of carbon fibre and replaces the ‘5mph Bumper’ that old American cars are known for. The same goes for the rear bumper, as the large cumbersome piece has been swapped for a sleeker carbon fibre option. The most peculiar change to the exterior of the car is the chrome strip.

Once an unbroken line of sliver running around the car, RDJ has opted to replace it with wood, which is the same material used for much of the interior. Additionally, the spoiler and wing mirrors are also fashioned from tree. It seems RDJ is a fan of the stuff. 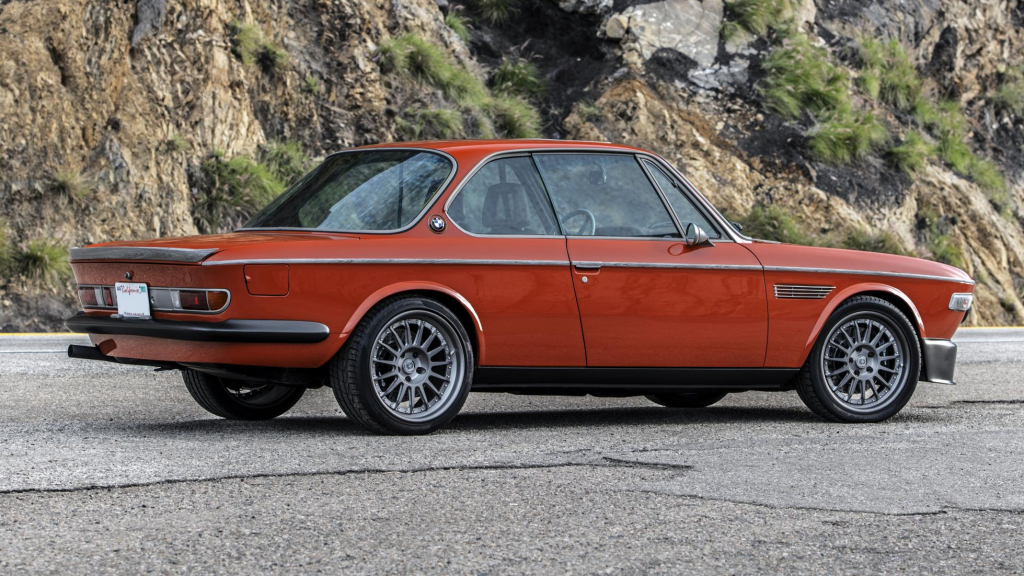 All of the chrome accents on the exterior are now a matte brown colour, including the kidney grills and window surrounds, while the handcrafted custom interior features rich brown leather, old school sports seats, and of course, more wood. It runs through the driver’s door to the passenger’s door, crossing the dash, the instrument binnacle, centre console and even the Nardi wheel.

The interior is mostly original, with the only modern touch being a power supply in place of the cigarette lighter. There aren’t too many fancy features though, with electric front and rear windows and air conditioning being two essentials Downey Jr. specified. There are no rear seats, instead, there is a large storage space much like many other famous European grand tourers of the era. 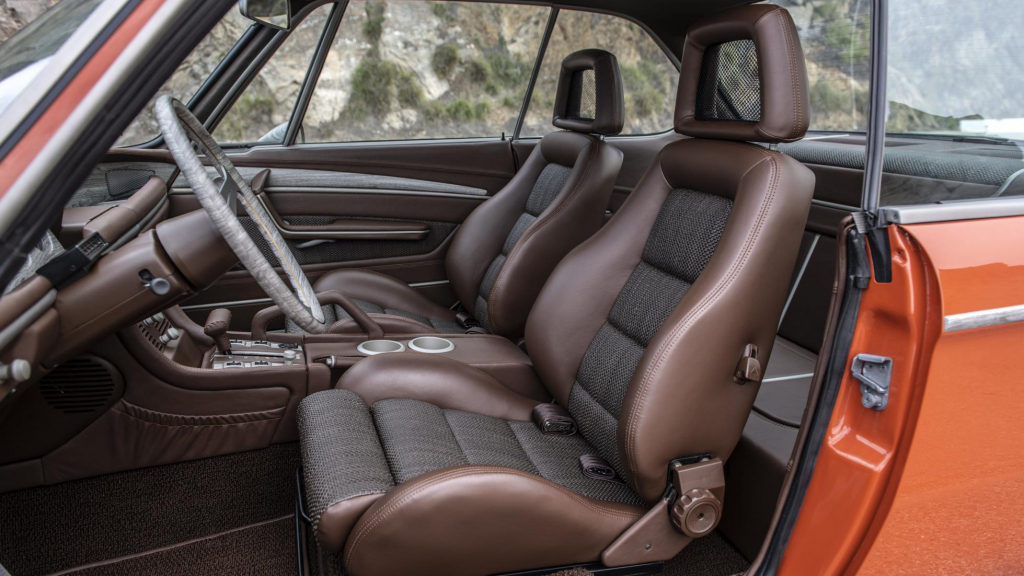 The party piece of this build is the engine. The inline six from an E38 M5 has been squeezed under the bonnet and is mated to a four-speed auto. In an M5, it would have made 311 horsepower, boasted a 0-60 sprint time of 6.3 seconds and a top speed of roughly 155mph. But the 3.0 CS is a smaller, lighter car than its M5 donor and SpeedKore has most likely tuned the engine, although little is known about exact figures.

The braking system has also been upgraded, which is a bit of a performance giveaway, with massive vented discs up front with Brembo callipers, refreshed suspension and huge HRE alloys accompany the updated underpinnings. 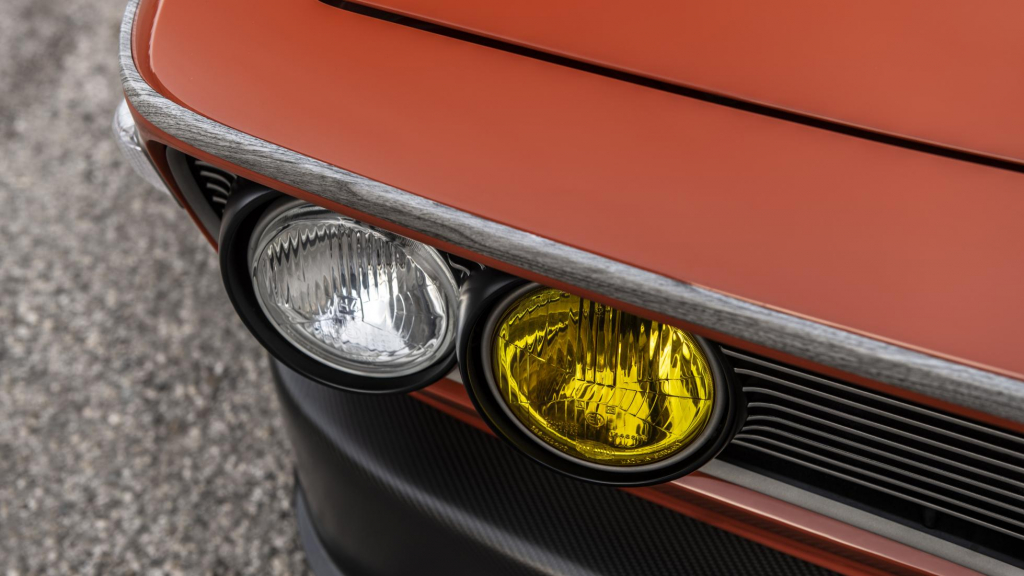 Only Iron Man knows what this thing is like to drive, but we imagine its every bit as awesome as it looks.

Is show enough to make up for this sporty Mini's lack of go?