Let us open with an admission: we are not 100 per cent sure about the leather-encrusted brute that you see parked before your very peepers.

We will happily explain that the Mercedes-Maybach G 650 Landaulet is a V12-powered off-roader with hardcore portal axles and an interior that’s more luxurious than a sheikh’s water closet. But you must decide whether that is a good or bad thing.

Following on from the Maybach-fettled S-Class and the S 650 Cabriolet, this very special SUV is limited to just 99 units worldwide and will be specified to the exacting demands of each customer. 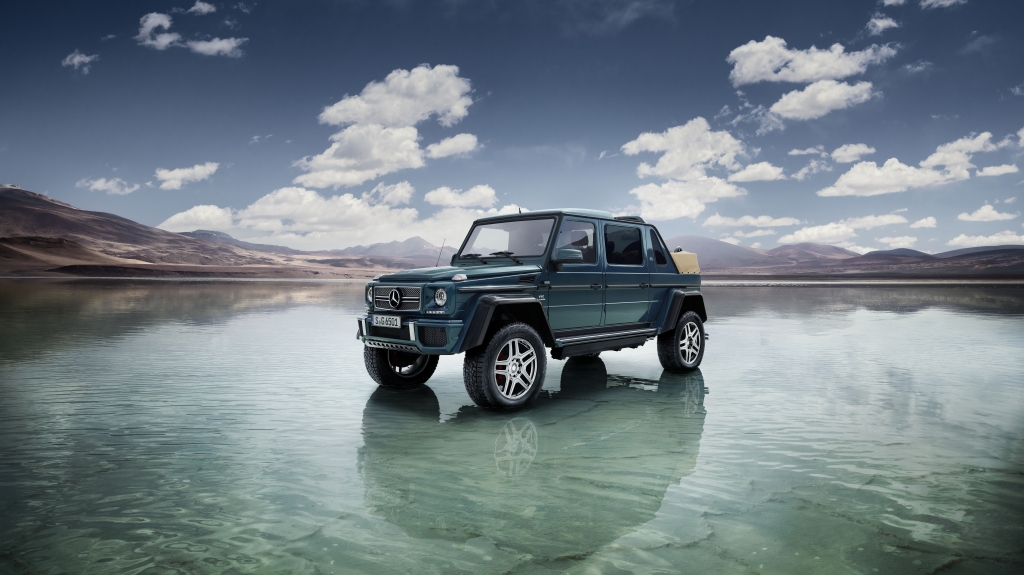 Standard features include an enormous folding fabric top, which reclines at the press of a button to allow rear passengers to enjoy an open-air experience from their individual, cow-skin thrones.

In addition to the retractable roof, there is an electrically operated glass partition that separates the rear compartment from the driver’s section. The glass can be changed from transparent to opaque at the press of a button, should the ambience call for a certain level of privacy.

Interior space is impressive, thanks in part to the 5.3m wheelbase, with rear seats borrowed from the S-Class engineered so they can be set to a fully reclined position and offer a variety of massage functions. 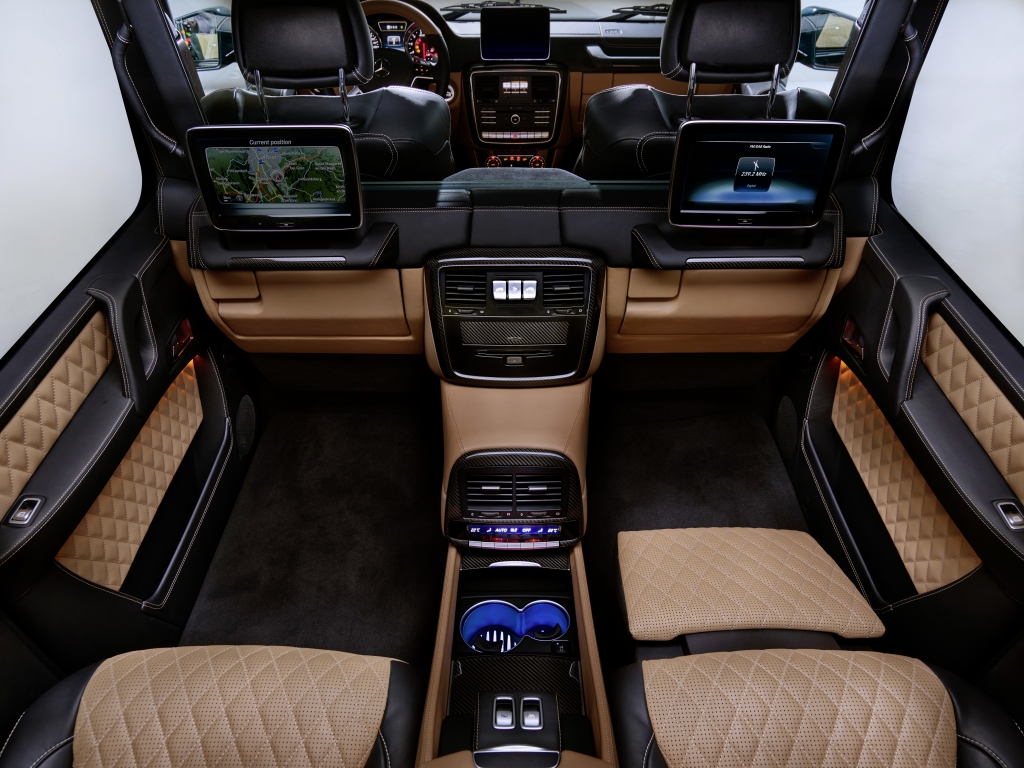 To ensure the G 650 Landaulet doesn’t stray too far into ‘weird naked massage parlour’ territory, the passenger area has been fitted a large business console and thermal cup holders that sit between the individual seats.

According to Mercedes-Maybach, these cup holders allow beverages to be cooled or heated, while the centre console comes with two tables – complete with more cow – that can be folded in or out with one hand for easy use of laptops or for fiercely scribbling phone numbers on note pads.

“The engine happens to be the 630hp Mercedes-AMG V12 biturbo that delivers a staggering 1,000Nm of torque”

The G 650 Landaulet wouldn’t be a luxury limousine without screens, so naturally, there are two large monitors in the back for bingeing on box sets while on the move. 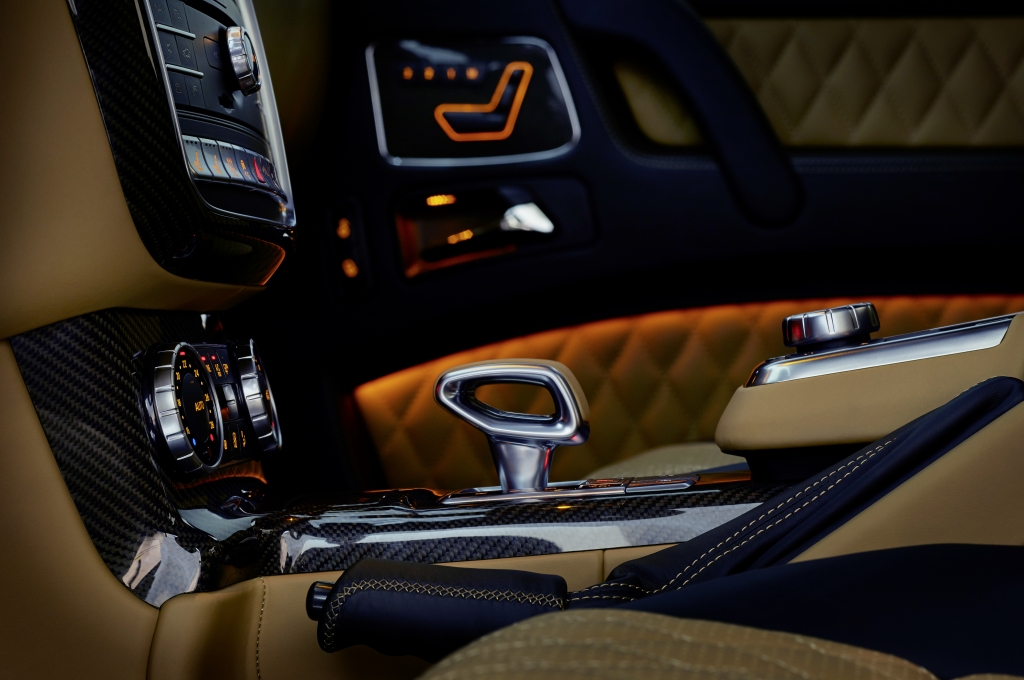 But perhaps the strangest thing about this lavish off-roader is its ability to tackle the rough stuff.

Monster 325/55 R 22 tyres, all-wheel-drive, 100 per cent differential locks, portal axles lifted from the AMG G 63 6×6 and a ground clearance of 450mm mean this thing can flatten pretty much every obstacle in its path.

Oh, and then there’s the engine, which just so happens to be the 630hp Mercedes-AMG V12 biturbo that delivers a staggering 1,000Nm of torque. 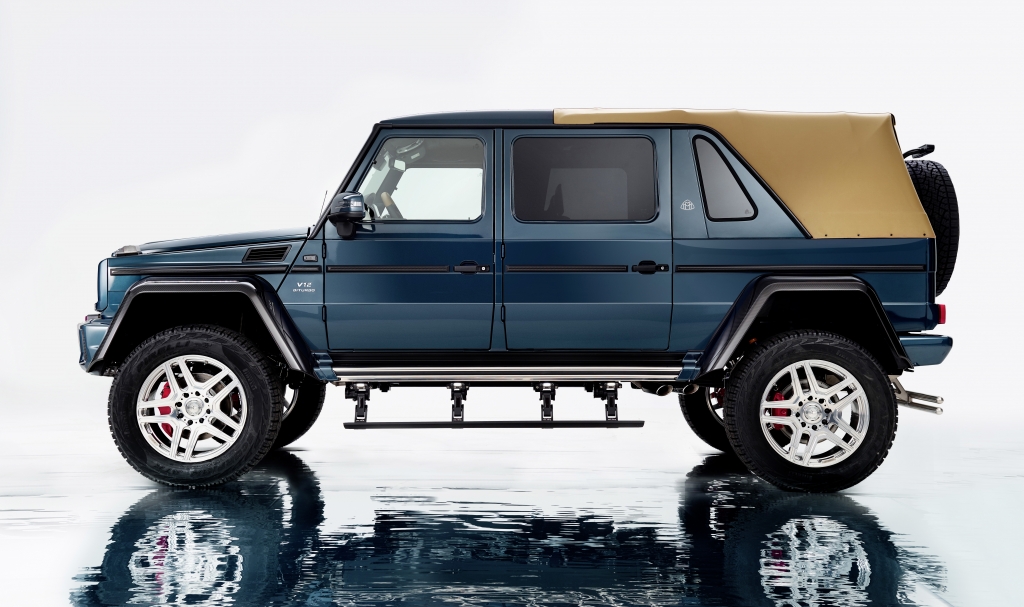 Unfortunately, the Mercedes-Maybach G 650 Landaulet doesn’t yet have a price tag, nor will it be available for the UK market (we’re guessing most will find homes in the UAE) but you can go and see it in the metal at this year’s Geneva motor show in March.