You find us in the back room of a rundown former Masonic Hall, which boasts a leaky roof, limited natural light sources and brickwork that’s so exposed, it’s basically crumbling from the walls.

But the large double-doors allow access for the latest creation from Side Rock Cycles, which retains the typical eye for detail despite a departure from the regular BMW ‘airhead’ builds. 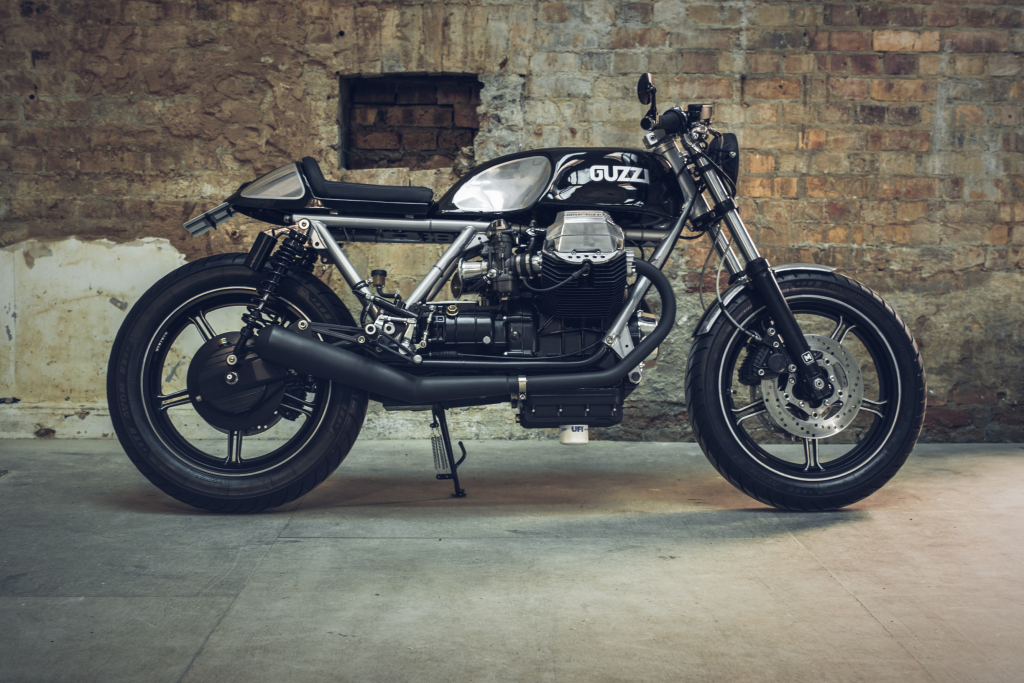 Aquila Nera (Italian for Black Eagle) started life as a big block ’86 Moto Guzzi Le Mans 1000 but as Pete from Side Rock points out, came to his workshop not running and in need of some serious TLC.

Once the overall look and feel for the machine was settled on with the customer, Pete got to work tearing it down and starting all over again. 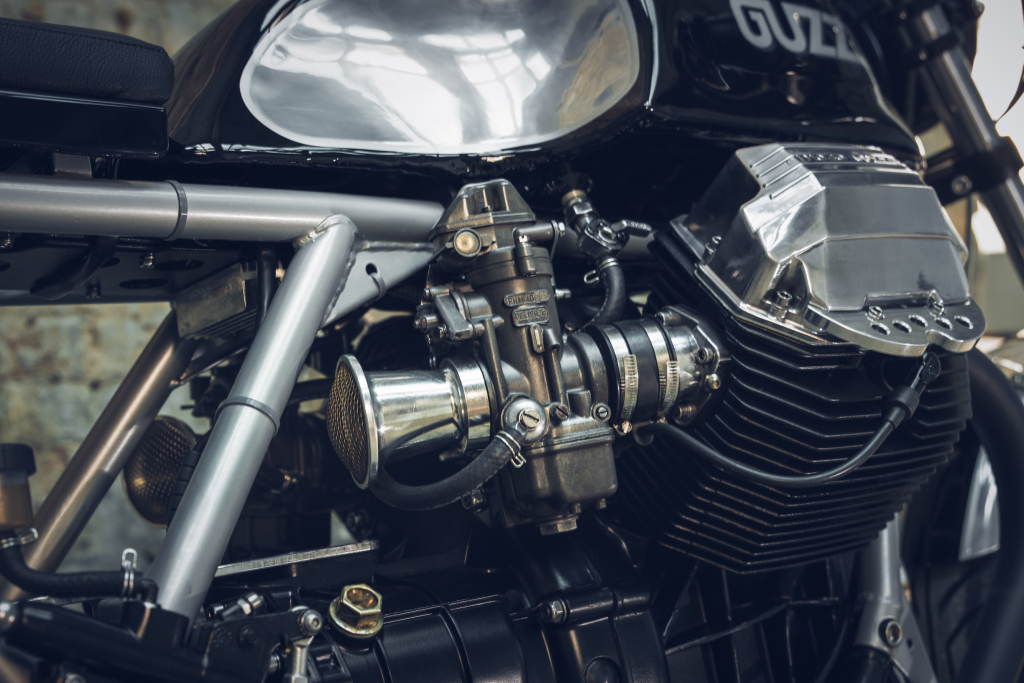 “It already had some nice parts on it that the previous owner had fitted, like the alloy tank, seat, mudguard and some Motogadget electronics, but nothing worked properly,” he explains.

But rather than covering up the existing alloy niceties, Pete decided to run with the scheme, applying jet black paint to those surfaces not featuring the bare metal effect. 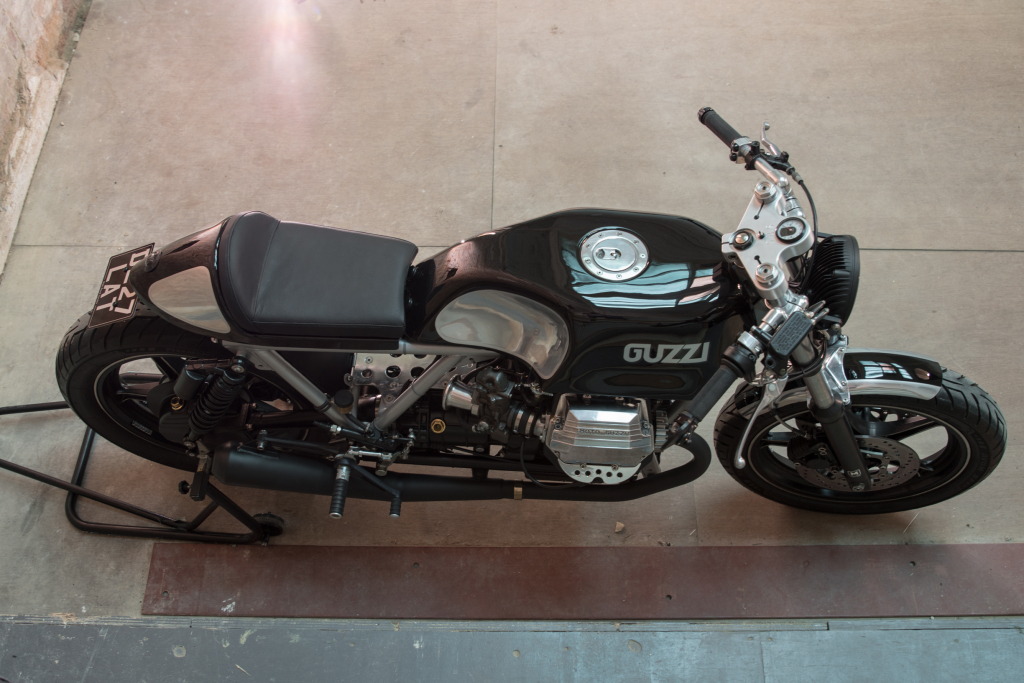 “The big motor and transmission were in good shape, so after inspection and servicing, they were treated to a cosmetic makeover,” Pete says.

“Unfortunately, the same couldn’t be said for the electrics, which were like a rat’s nest and went straight in the bin,” he adds. 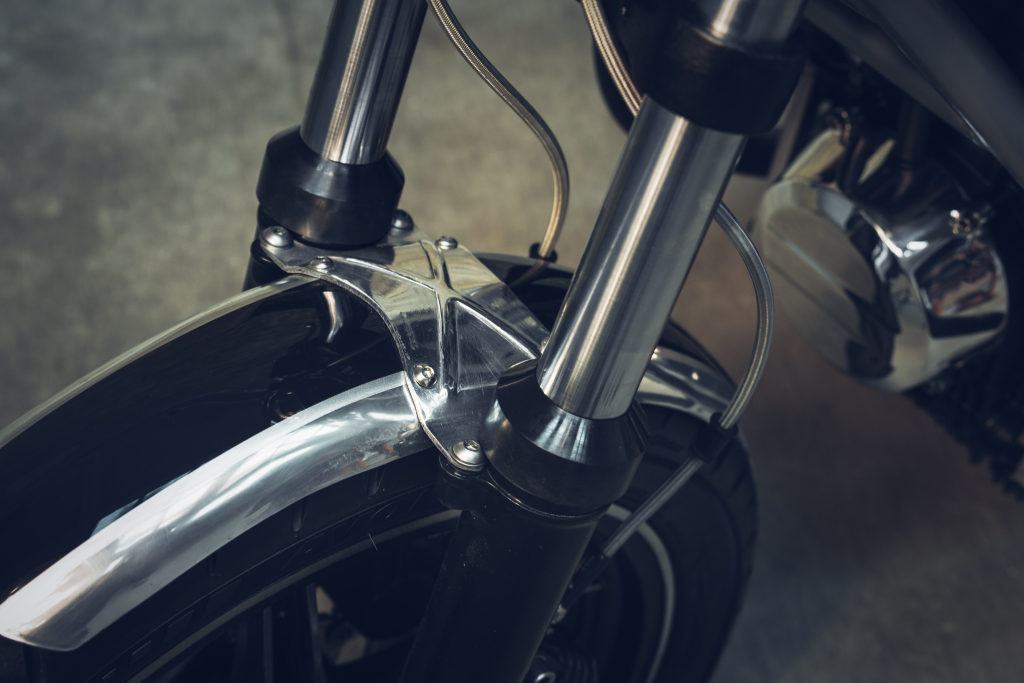 Instead, an under seat tray now holds most of the wiring and opens up the visual triangle of the lovely Tonti-designed frame. New projector LED rear indicators, mounted in the tube ends, and a smaller gel battery in a custom tray under the transmission also give it a more stripped-back, cafe racer look.

Other additional niceties include a special CNC machined alloy top yolk, which was made to incorporate the Motogadget Tiny speedo and start button, which is mounted in the centre nut and links up to the keyless ignition system. 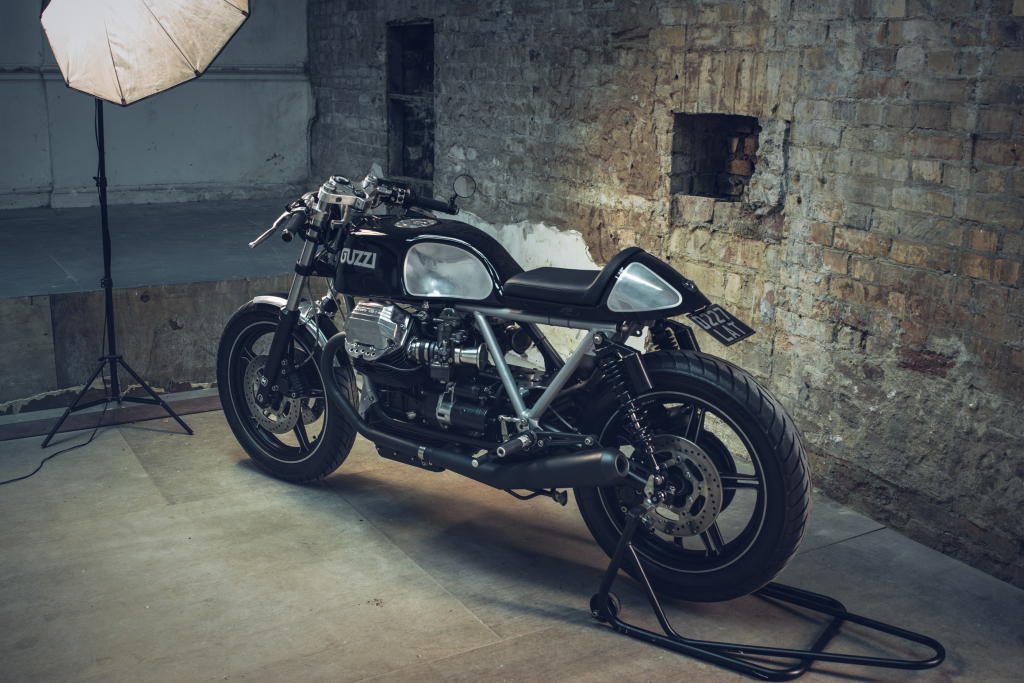 The bike was revealed on this year’s Built Magazine stand at the MCN London Bike Show, where customer Stephen first clapped eyes on his new toy. 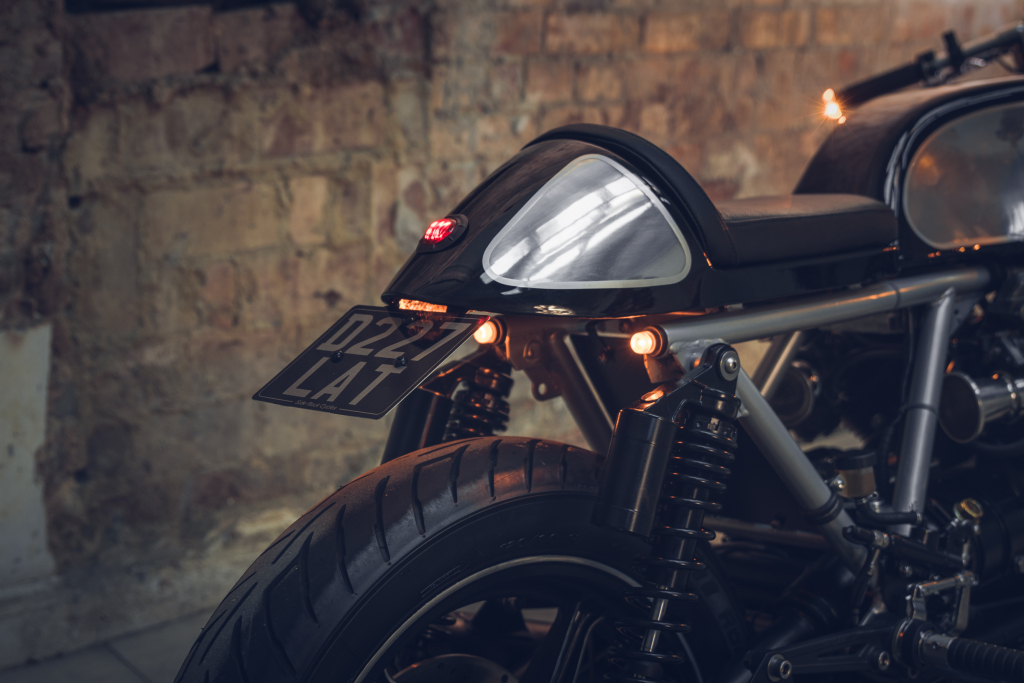 All visual photographed for Side Rock Cycles on location