There are very few silhouettes in the motorcycle world that are as iconic and instantly recognisable as BMW’s protruding two-cylinder boxer engine. The chunky unit, with its unmistakable cooling fins that stick out into the airstream, was first seen onBMW R 32 – the development of which was masterminded by Max Friz in 1923. Trailblazing doesn’t quite do it justice.

But how do you ensure this legacy is carried forward into the digital age, where vehicles are powered buy compact electric motors and unsightly battery packs? According to BMW, you arrange them in the classic boxer formation. 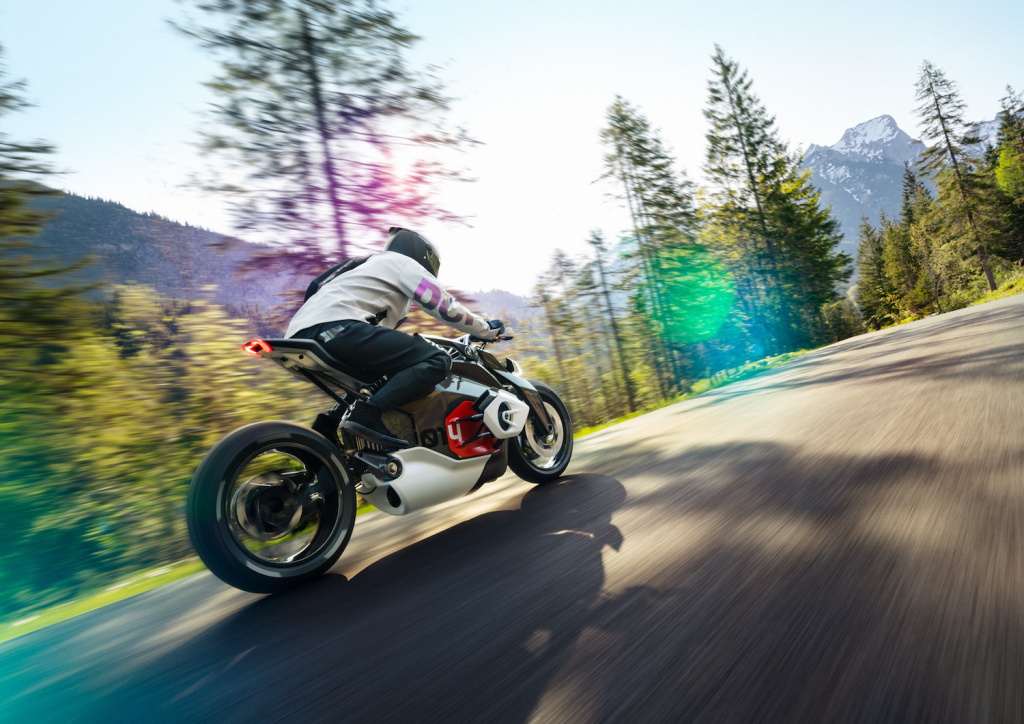 That is essentially what Edgar Heinrich, Head of Design BMW Motorrad, has done with the latest BMW Motorrad Vision DC Roadster concept bike, which features vertically fitted, longitudinally oriented battery packs where a motor would once sit. For cooling purposes, two side elements protrude from said packs with cooling ribs and integrated ventilators.

The cylinder-shaped electric motor is then positioned underneath the battery and is directly connected to the universal shaft, giving the bike a clean, sleek but undeniably BMW Motorrad look. 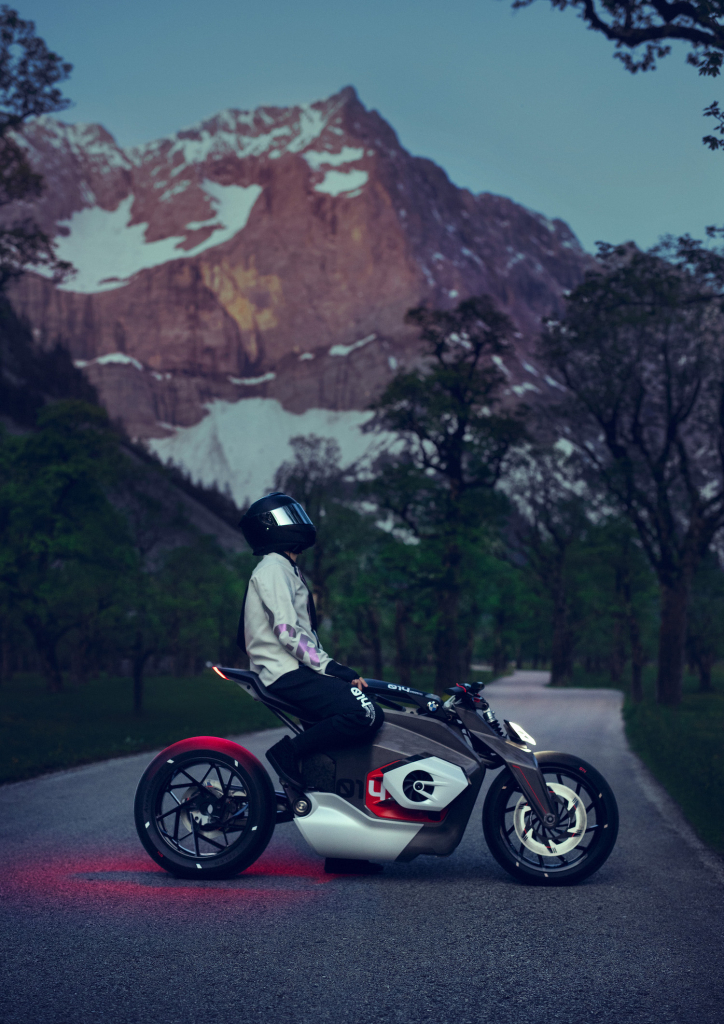 On top of this, thew frame is crafted from milled aluminium and the tubular structure wraps around the electric motor and battery unit. High-tech materials, such as carbon fibre and aluminium, help reduce the overall weight and give the
Vision DC Roadster a space age look.

Clearly a design study for now, BMW avoids details involving potential performance and handling, only stating that it will have a glut of torque on tap. Instead, there’s a focus on cool touches, such as the tyres, which are exclusively made by Metzeler for the Vision Bike and feature five fluorescent elements, each about the size of a postage stamp, on the rubber itself for improved visibility. 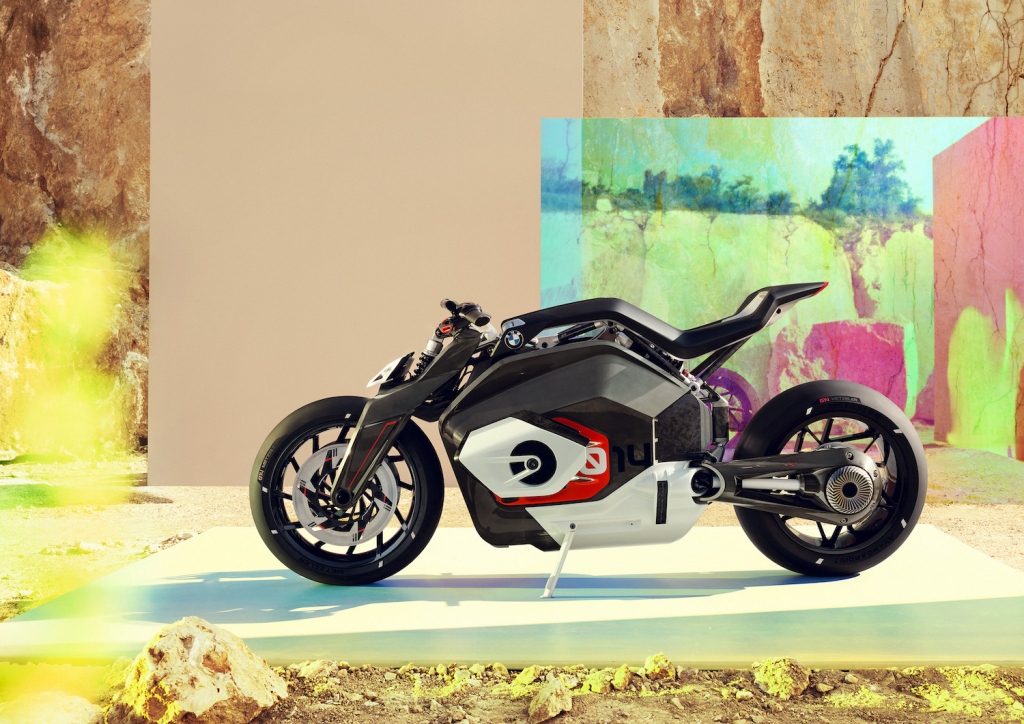 There’s also an accompanying two-piece rider suit that packs myriad safety features that are cleverly hidden or stashed within the high-tech fabrics. Rounding it all off is a supplementary rucksack vest, which is fixed to the BMW jacket by means of magnets. According to the German marque, it provides storage space and additional functionality. The permanent magnets means that the rucksack is quick to take on and off.