A few weeks ago, we brought you an exclusive behind the scenes video and feature with The Young Guns, a team of Swiss custom bike builders with a penchant for creating devilishly fast motorcycles from unlikely donor sources.

During our time with the chaps, Nick Heer and Fabian Witzig regaled us with the history of the speed shop and walked us through their latest project – Miracle Mike.

Named after a chicken that managed to live for nearly a year without its head, the madcap project saw a stock Indian Scout transformed into a sprint racing beast, with the addition of a full nitrous system and numerous aero tweaks. 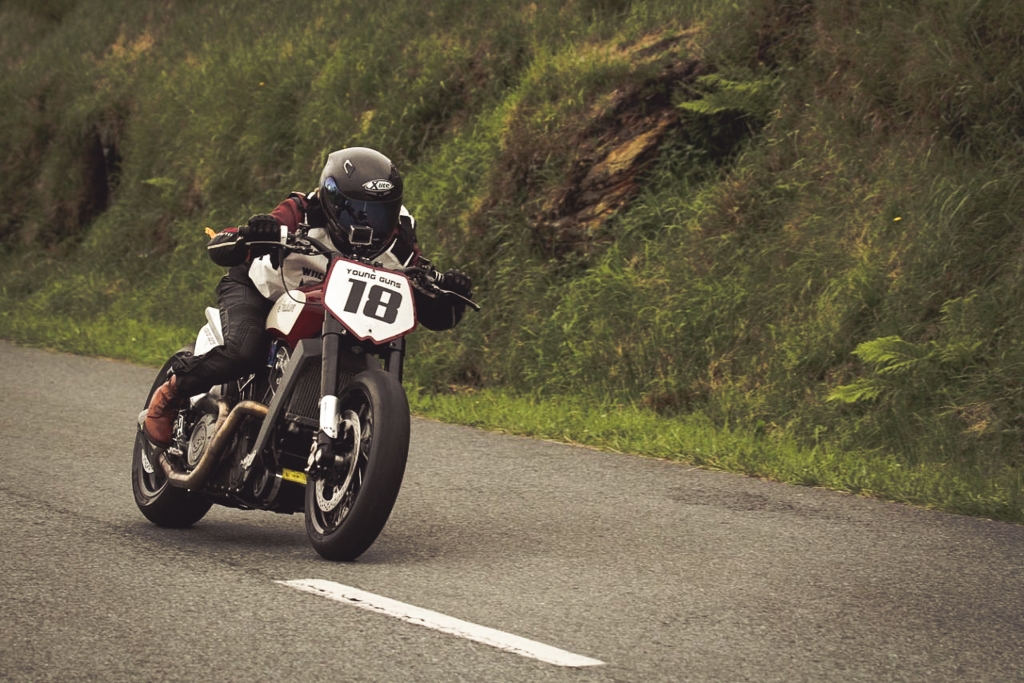 Their goal was to create a bike that could rival the likes of Ducati, BMW and Moto Guzzi – brands with illustrious histories and large budgets.

But Miracle Mike has already proved itself to be a winner, not once, but twice in the space of a couple of weeks. 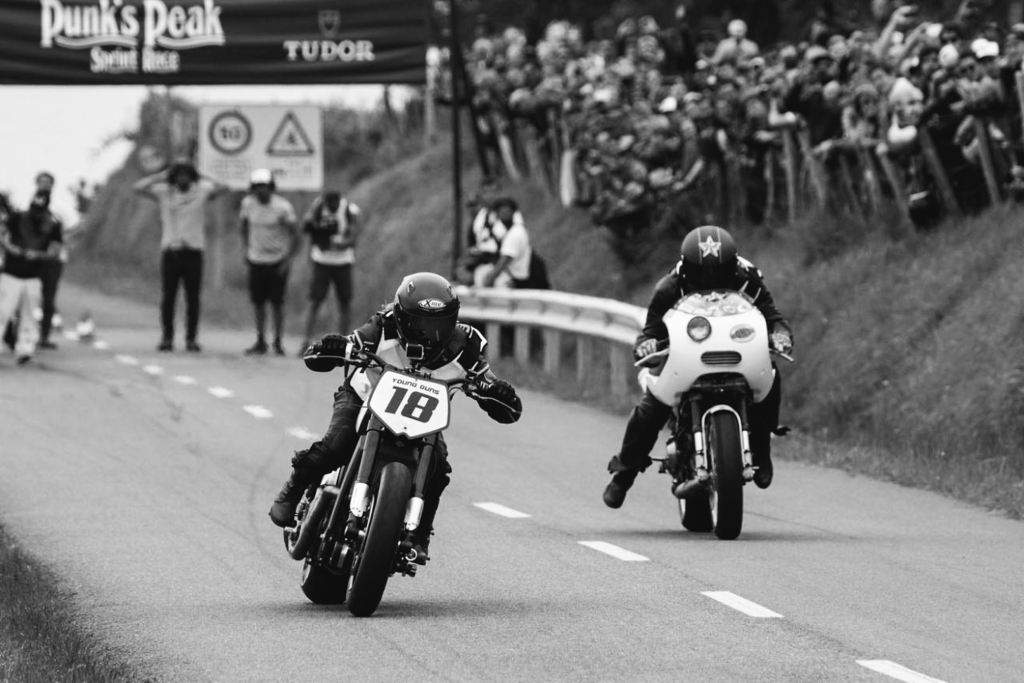 Katja added another win to the list when she annihilated a BMW built by the Workhouse Speed Shop at Punk’s Peak – the main racing event at Wheels and Waves festival.

The course is situated on the GI-3440 mountain road that runs across Mount Jaizbikel near San Sebastián, but unlike other events, it isn’t simply a straight line drag.

There is a series of tricky corners that Katja took full throttle, causing sparks to fly and the crowd to cheer. 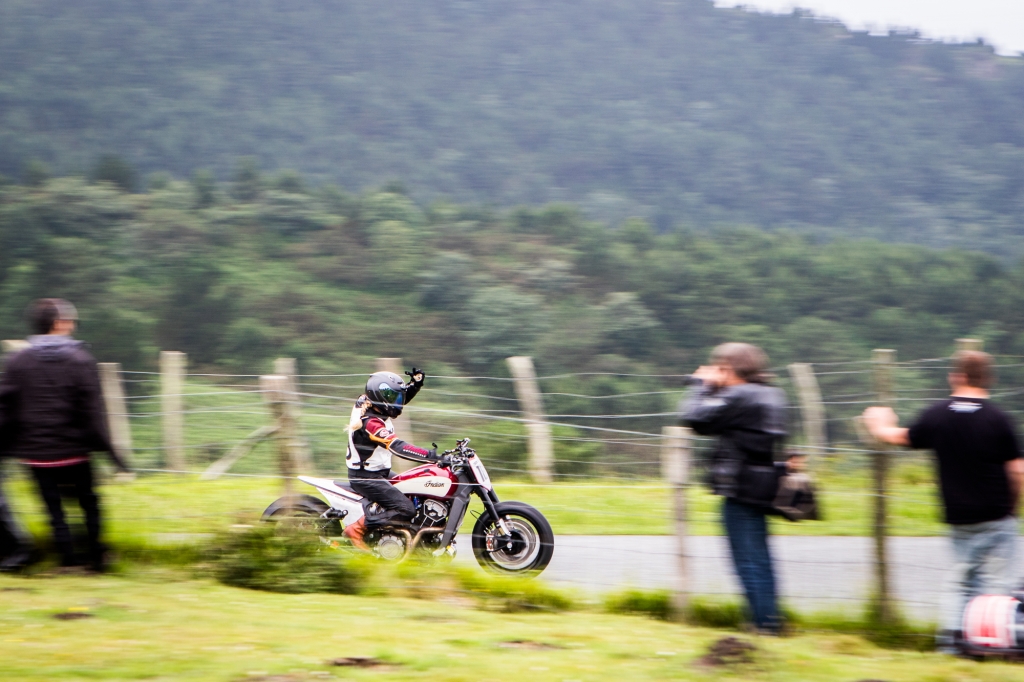 “The Scout is running so, so well,” she said upon the day. “I know that the Young Guns dialled up the power for the race and I could certainly feel that on the sprints today.”

Young Gun Fabian said: “It feels amazing. You just have to look in the pits now to see how the standard of bikes is increasing. The best thing for me was to see Katja today take that corner at full throttle, it really was an amazing sight.”

Check out our full interview with The Young Guns here and stay tuned for full Wheels & Waves coverage.