A working prototype of Nissan’s flagship electric car has been made with the sole purpose of showing the full potential of EVs. The everyday passenger vehicle has been transformed into a rough and ready recovery vehicle, with improved off-road capabilities and bags of useful features designed to aid those suffering during a natural disaster or extreme weather event. 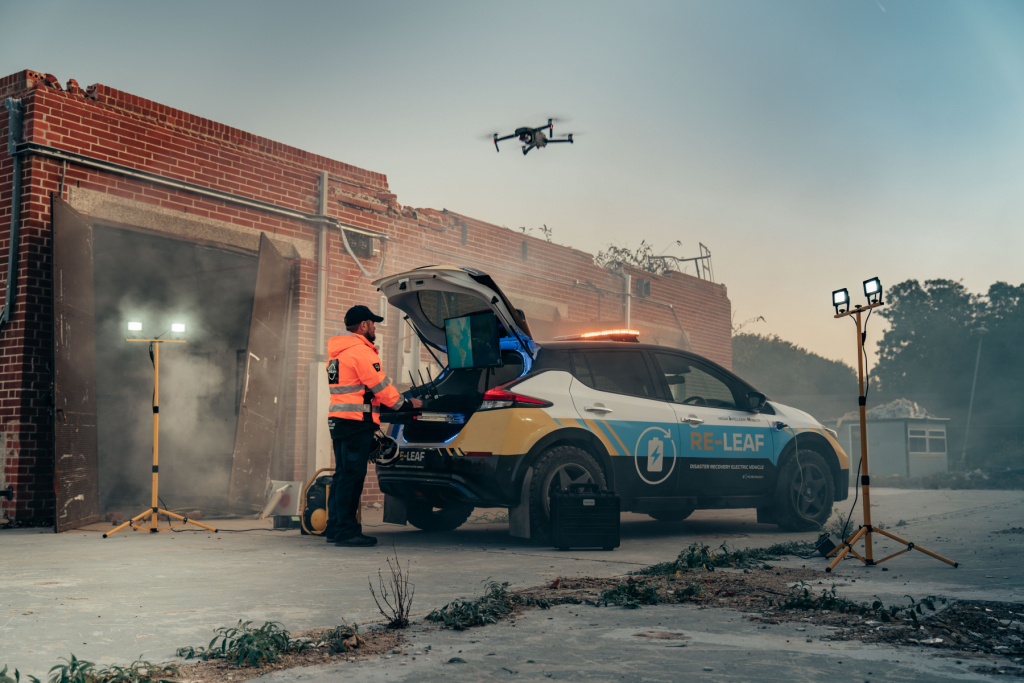 One of the main features of the RE-LEAF is “bi-directional charging”, meaning it can draw power from a source as well as supply back. This is being utilised by a system Nissan call V2G, or Vehicle-to-Grid, which allows the RE-LEAF to act as a PowerStation, pumping electricity into the existing infrastructure. On the standard 62kWh battery pack, the RE-LEAF would be able to power the average European household for a staggering 6 days. 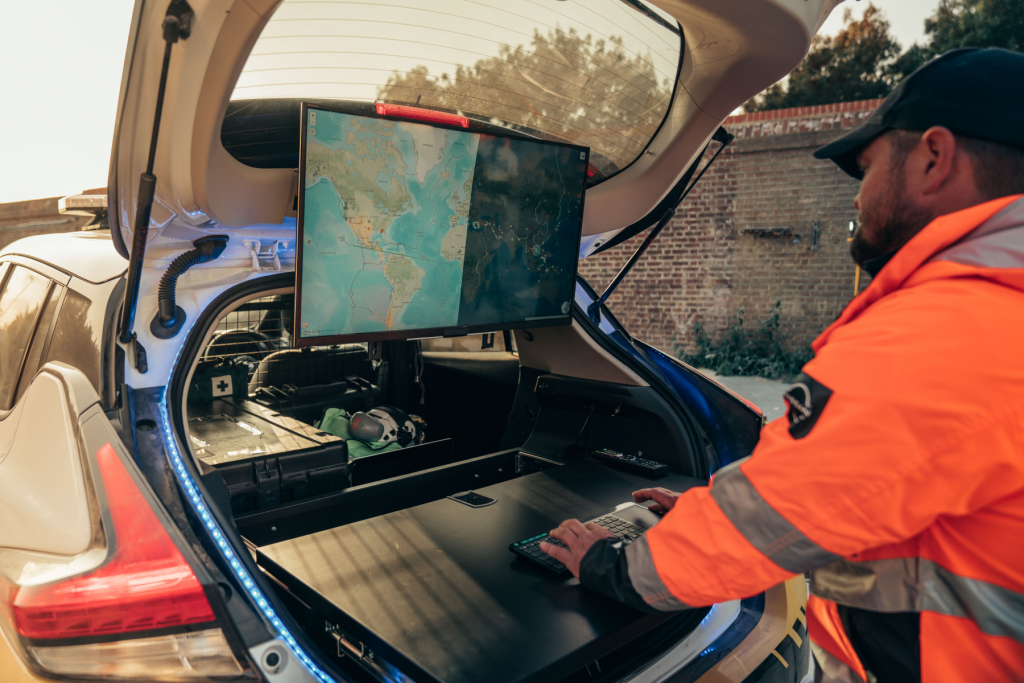 The “bi-directional charging” has been utilised on this working prototype, allowing for weatherproof 110-230v plug sockets to be mounted to the exterior of the car. These sockets are there to power the sort of equipment first responders use in a state of emergency. With an onboard power management system controlling the power supply, devices light drills water pumps and ventilators can be run for over 24 hours if needed. Additionally, the RE-LEAF is equipped with a 32” LED monitor and pull-out desk in the boot, with its own dedicated power supply, so that the car can act as a makeshift command centre. 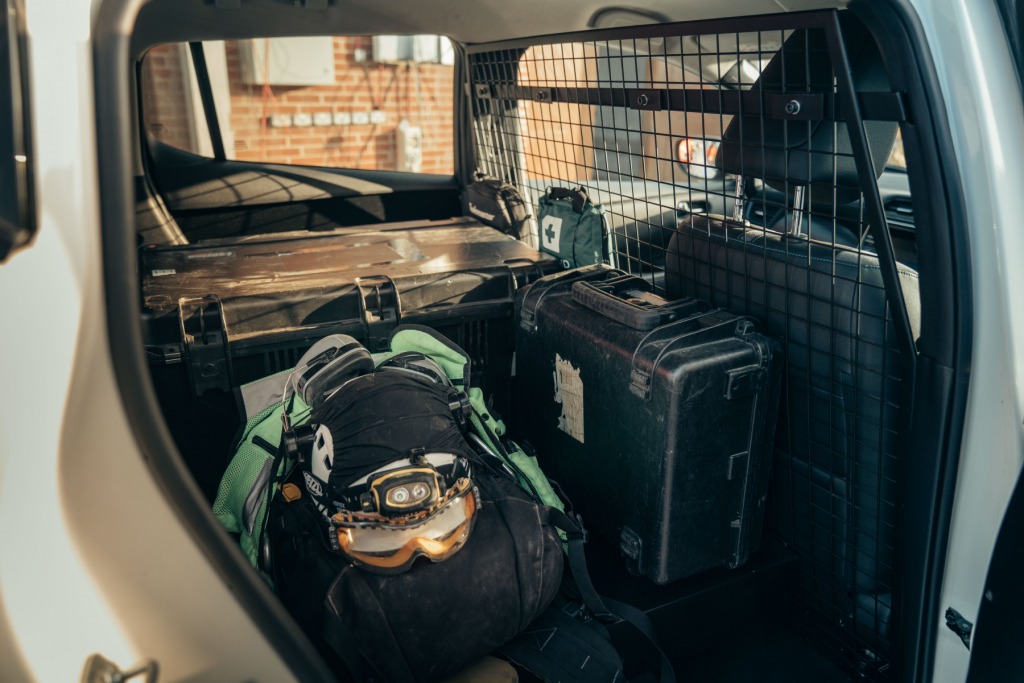 To cope with tough terrain, the RE-LEAF features raised suspension, giving it 225mm of ground clearance, 17-inch BF Goodrich all-terrain tyres sitting underneath widened wheel arches. The track of the car has also been widened and the underside has additional protection, while the rear seats have been removed and the floor levelled to become a storage area in place of the boot. 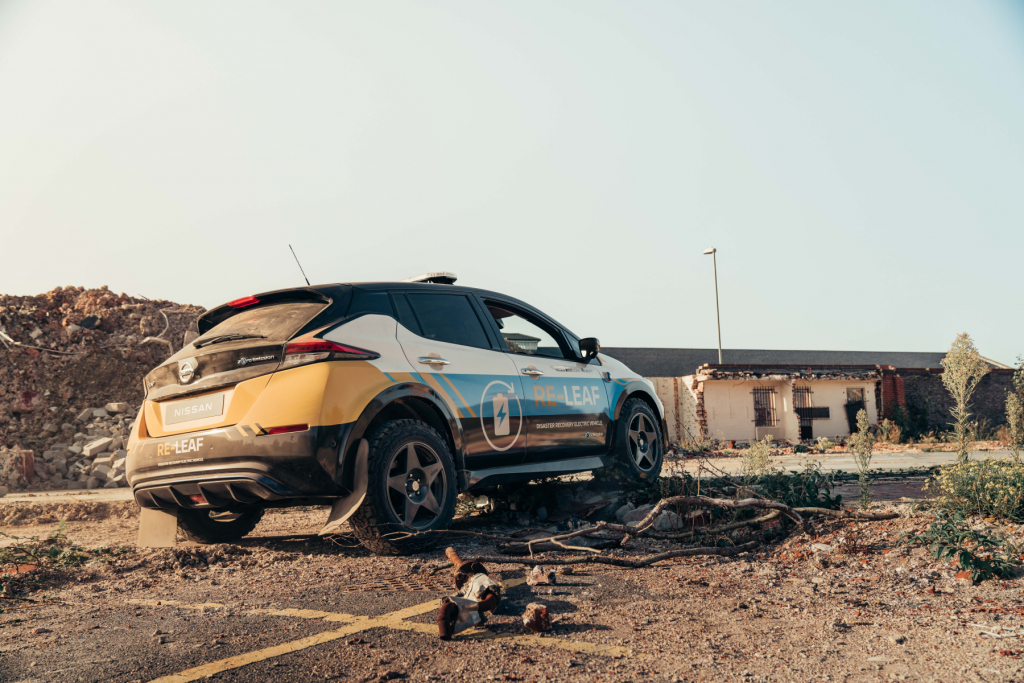 Once the RE-LEAF has fulfilled its duties, the car can be recharged from various outlets, including fast charging points. Although just a working prototype for now, Nissan hopes to prove that the benefits of electric motoring go far beyond the environmental impact and saving customers a few quid on fuel bills. In Japan, for example, this sort of V2G technology has been used for a number of years, powering stricken homes and business in the event of an earthquake, tsunami or other extreme weather situation.