One of the biggest hurdles to the largescale uptake of electric vehicles is range anxiety. Okay, that’s not an official stat but it’s a pretty big concern that’s preventing people from switching to EVs (along with a general dearth of charging points compared to traditional gas stations).

However, five crazy Italians have proved that an electric car – a Tesla Model S 100D, to be exact – can go just as far as the most frugal petrol-powered creations. 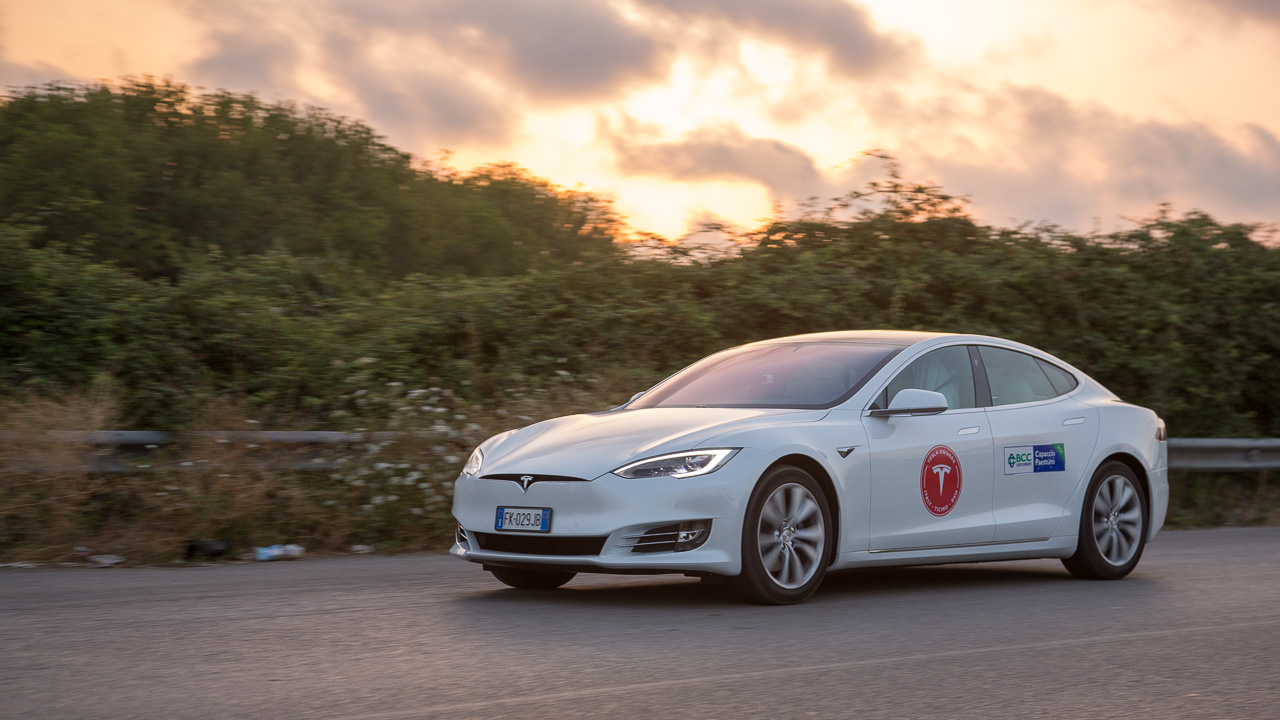 On Friday last week, the quintet from the Tesla Owners Italia group completed a 1,078km drive – that’s 670 miles for those of you used to working in good ol’ imperial measures – across the suburban roads of Salerno in southern Italy. On a single charge.

To put that into perspective, a standard Tesla Model S 100D on 19-inch rims has a range of 385 miles when driven at 60mph on a 20-degree day (358 with the air-con on). So, that’s some pretty impressive hypermiling from the plucky Italians.

Okay. Full disclosure. As well as switching out the standard tyres for some low rolling resistance rubber, the Italians weren’t exactly haring along to set their new world record.

The average speed for the full journey was 24.85mph (40kph). Yep, stages of the Giro d’Italia are regularly completed at a faster pace, though they don’t do 1000km non-stop. 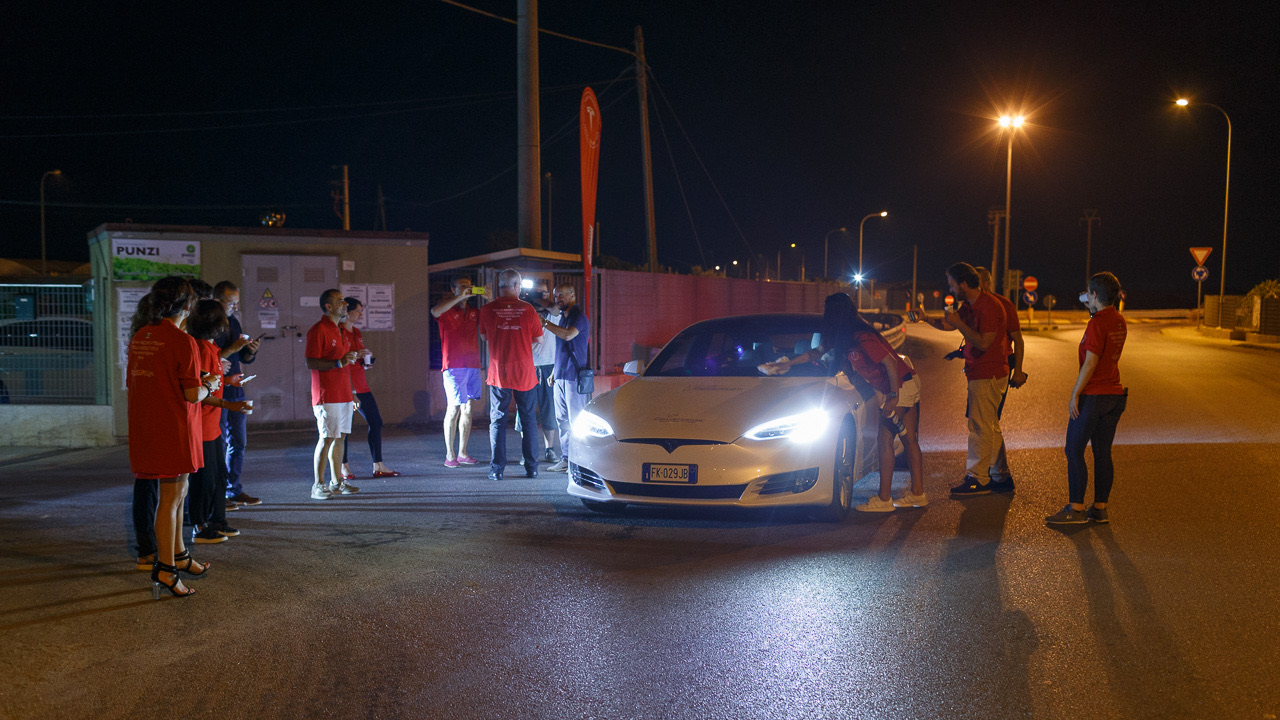 Salerno’s climate also helped the record attempt. The Tesla’s battery pack works best between 30 and 40 degrees Celsius, a range which just so happens to include the average August temperature on the Tyrrhenian coast.

Oh, and the crew of five (yes, five) kept the air-con off and the windows wound up for the entire 29-hour journey. Here’s hoping they fumigated the Model S afterwards… 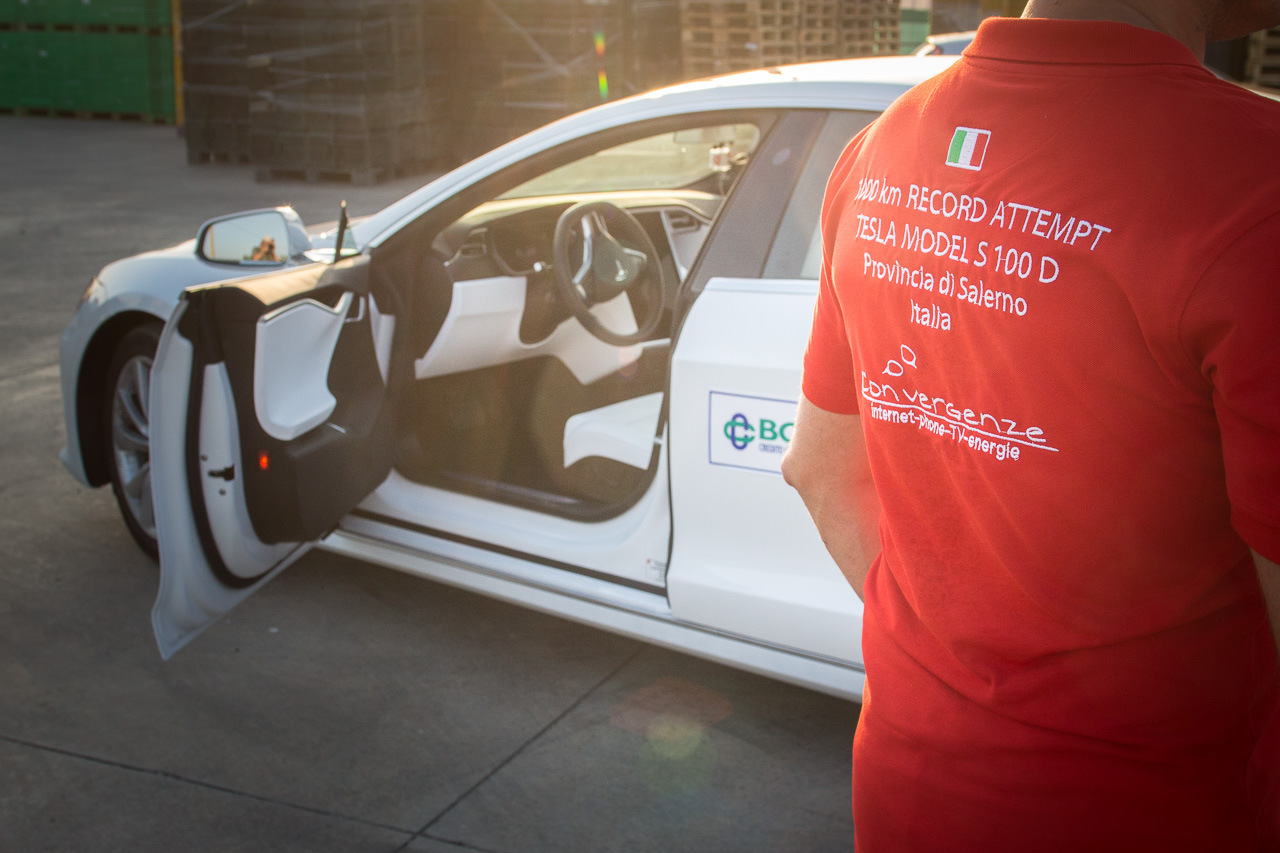 Either way though, it’s a hugely impressive feat (and one that bested the previous Belgian benchmark – set using the more powerful P100D – of 901.2km). What’s more, to break the 1000km barrier, the team “used 98.4 kW/h of electricity, which is equivalent to eight litres of gas,” according to Tesla Owners Club Italia President, Luca Del Bo.

By our sometimes shakey mathematics, that works out at over 380mpg, or at today’s UK petrol price, around £9.50 for a 670-mile tour of the Salerno countryside. That seems like pretty good value for money, if you don’t mind sharing a baking hot electric saloon with four other like-minded (and similarly sweaty) eco warriors.