How do you make something like the Porsche 911 GT3 RS even better? You throw more at it. More power, more aero, more rubber, more stickers, more green…

Eye-popping paint hues aside, the stupendous naturally-aspirated 4.0-litre flat-six now develops a stonking 520hp (up 20hp on the previous model), the rev limit tickles the 9,000rpm mark and small-but-important aero touches have been added to the bodywork. 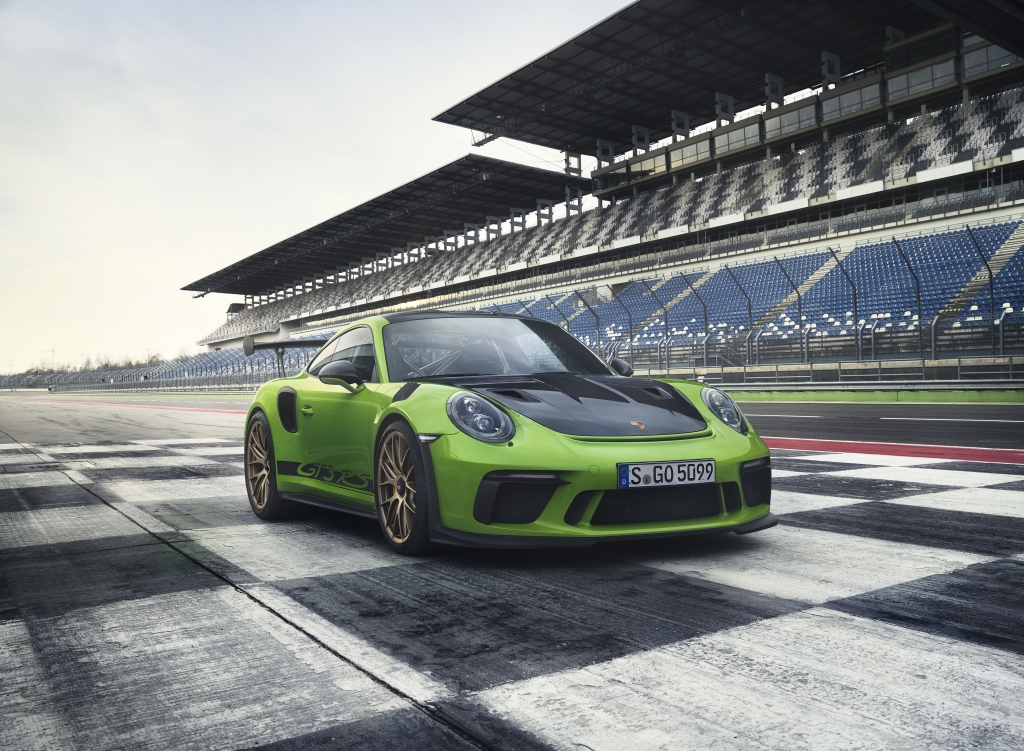 There’s a revised front bumper for the 2018 Porsche 911 GT3 RS and a tweaked rear spoiler to aid downforce, which was already just shy of the numbers produced by a GT3 Cup racecar, while there’s new rubber at the front and rear for increased adhesion.

Still no option of a manual gearbox. You’ll have to make do with the rapid-fire seven-speed PDK transmission. 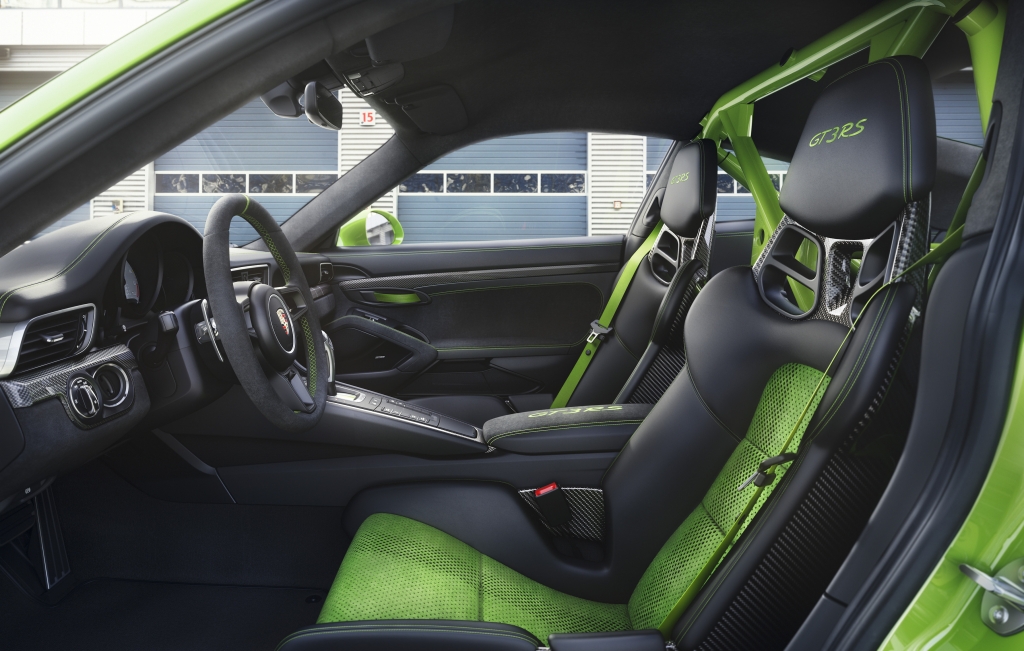 Tech from Porsche’s motorsport division has also been carried over to the 2018 Porsche 911 GT3 RS, including (and to get very geeky for a second) solid ball joints on all suspension arms that provide more accurate control compared with conventional elasto-kinematic bearings. Yeah, exactly. 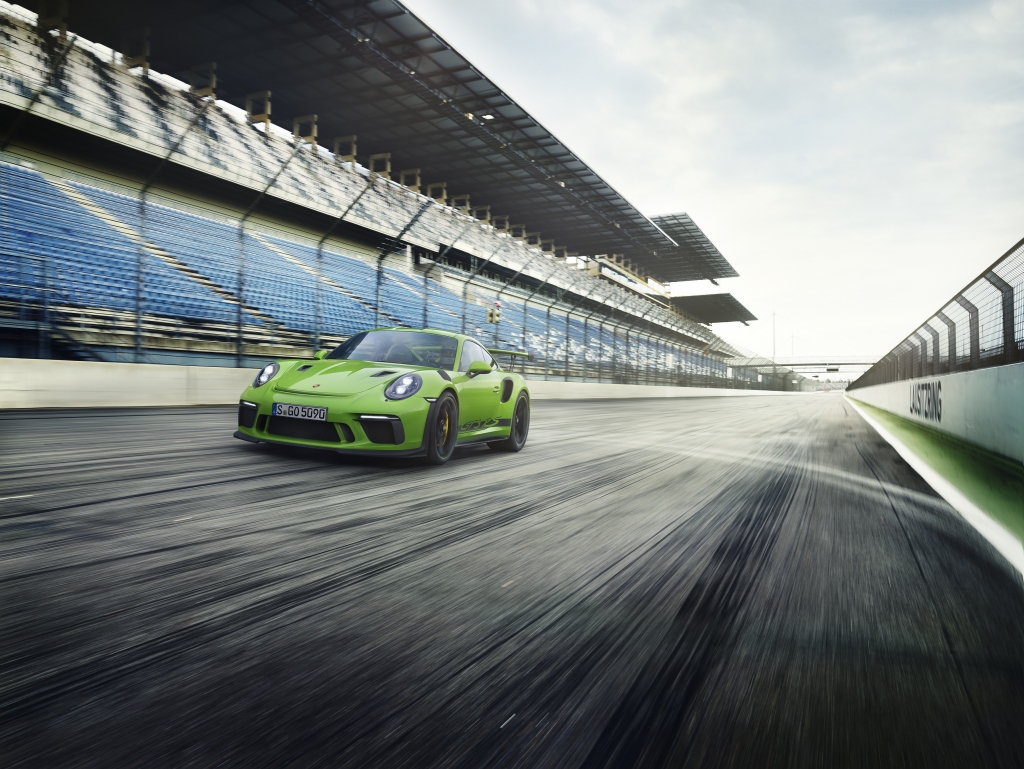 In keeping with tradition, 2018 Porsche 911 GT3 RS customers can also specify the Clubsport package at no extra cost.

“Still no option of a manual gearbox. You’ll have to make do with the rapid-fire seven-speed PDK transmission”

This sees interior scaffolding added, as well as a fire extinguisher, preparation for a battery disconnect switch and a six-point harness to ensure it’s ready to tackle the track straight out of the showroom. 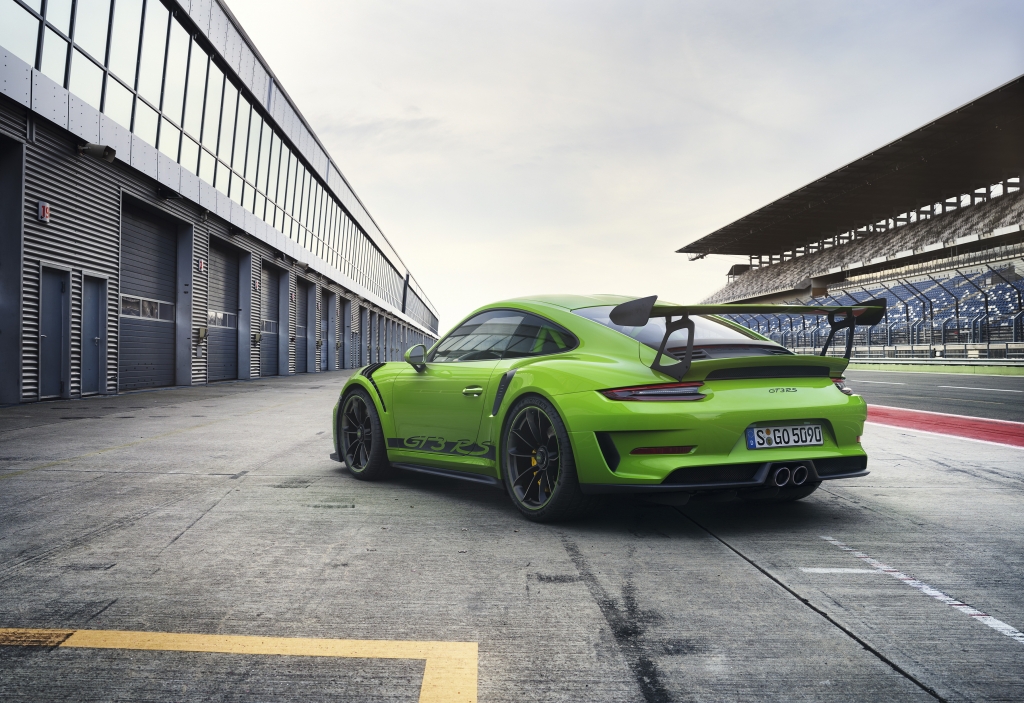 This featherweight package reduces the weight of the 2018 911 GT3 RS to a frankly ridiculous 1,430kg. 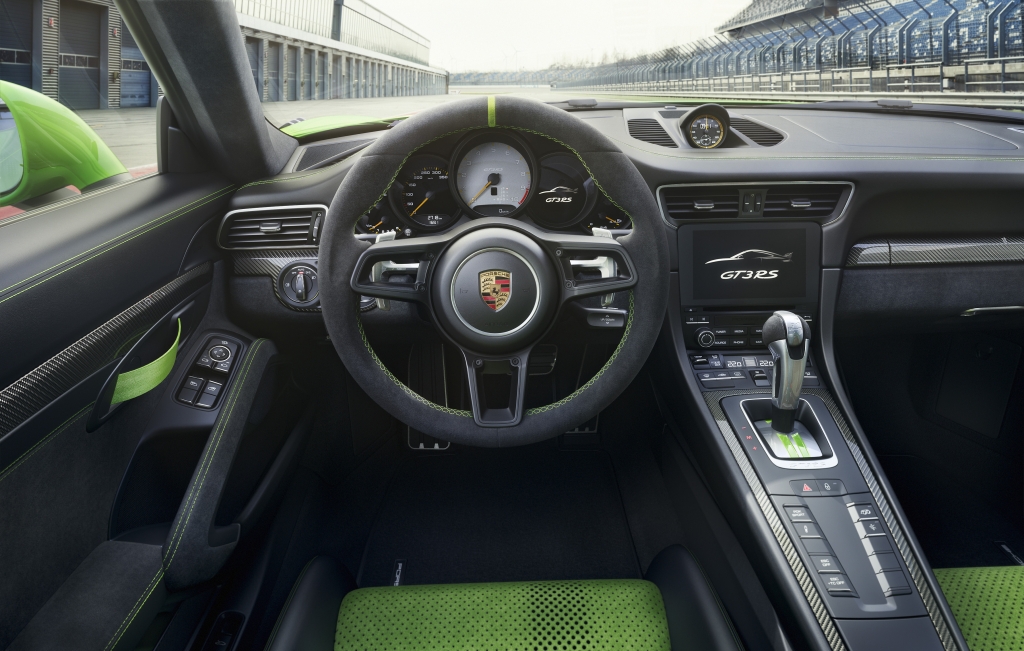 First deliveries are expected in the summer and you’ll need a spare £141,346 if you fancy bagging one.

Or you could wait for the all-new 911 to arrive later this year. We’d bet it’s going to be pretty good.