Side Rock Cycles does Flat Track

Side Rock Cycles does Flat Track

Although famous for his BMW airhead builds and the occasional foray into Moto Guzzi cafe racer territory, Pete at Side Rock Cycles isn’t afraid to get his teeth sunk into a new project and the draw of a flat tracker eventually proved too much. “We’ve been itching to do a flat track style build for a while, so when Bill, our client decided he was up for it, the game was on,” he said after showing of his latest creation, the Primera Tracker.

Luckily, Pete already had the perfect donor bike in his possession in the form of a pretty unassuming 1990 Honda NX650. According to Pete, his client wanted  a stripped back, minimalist build, but also demanded quality, race-derived components and an attention to detail that would make the bike stand head and shoulders above other flat track machines. 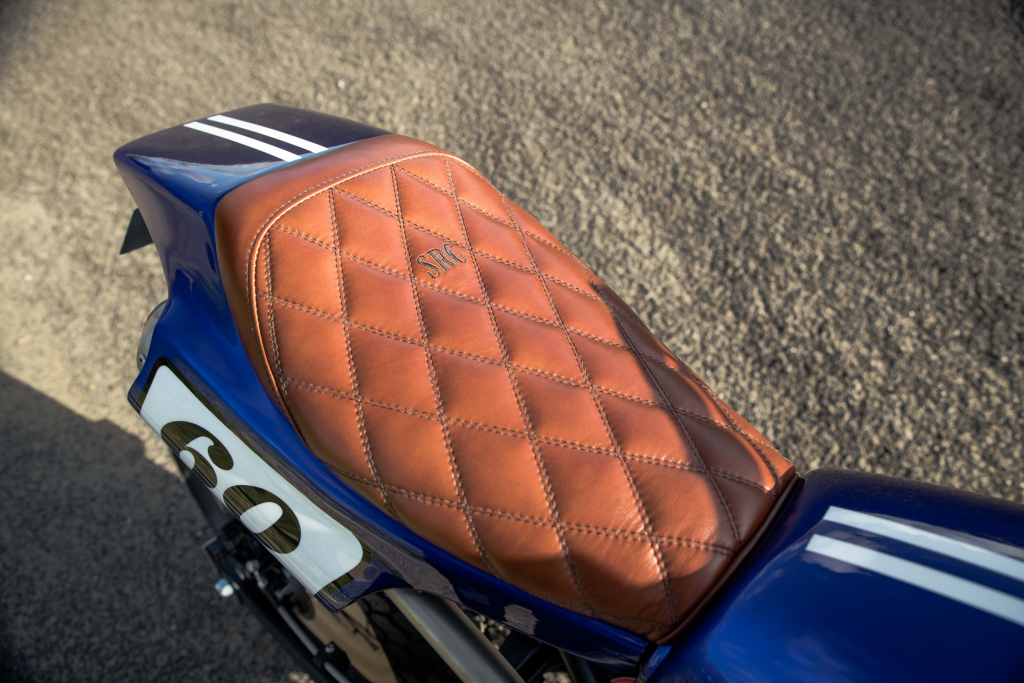 To get things started, the old subframe was removed and a new, much smaller one fabricated to also house a new Motogadget M-unit, lightweight Lithium Iron battery and ECU. The stock front end was discarded and replaced with a set of beefy White Power upside down forks that were mated to 19-inch ceramic coated gold alloy rims, Haan billet alloy hub, electro plated stainless spokes and topped off with a Mitas flat track tyre. A radial four pot Brembo caliper now bites on a big 320mm EBC floating disc for the ultimate in stopping power.

At the rear, the swinging arm was extended by 30mm to accommodate the bigger 19-inch wheel and chunky flat track tyre with all new linkage bearings and seals fitted. A new fully adjustable Bitubo shock now controls the rear and feels really plush when out on the road or the bumpy stuff. 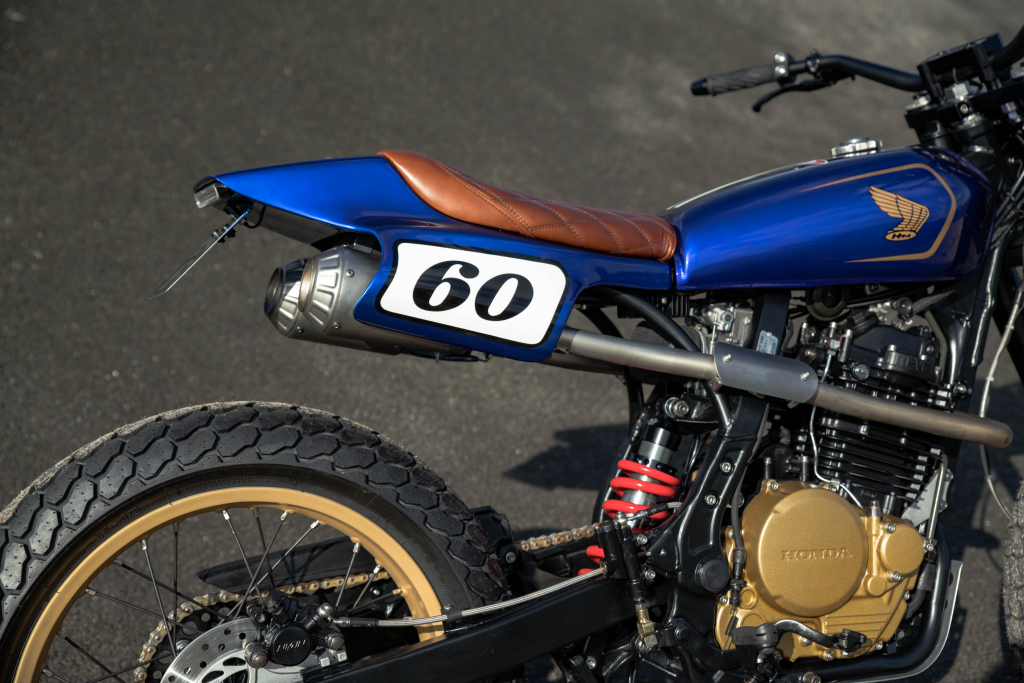 The engine was also a key focus here and to ensure maximum performance, a big Mikuni TM flat slide carb was fitted along with a high flow Ramair filter and a bespoke satin stainless twin pipe free flowing exhaust system. 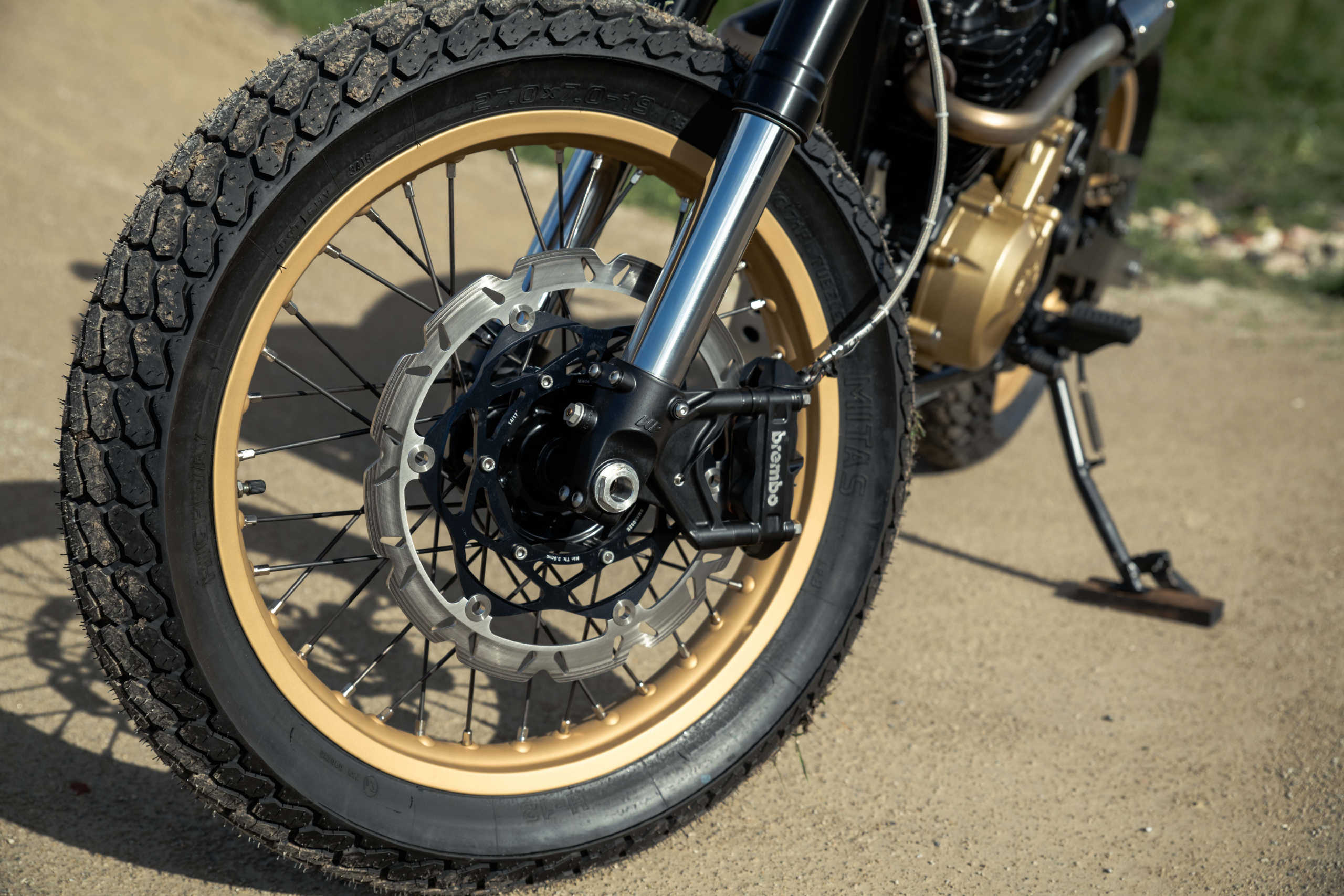 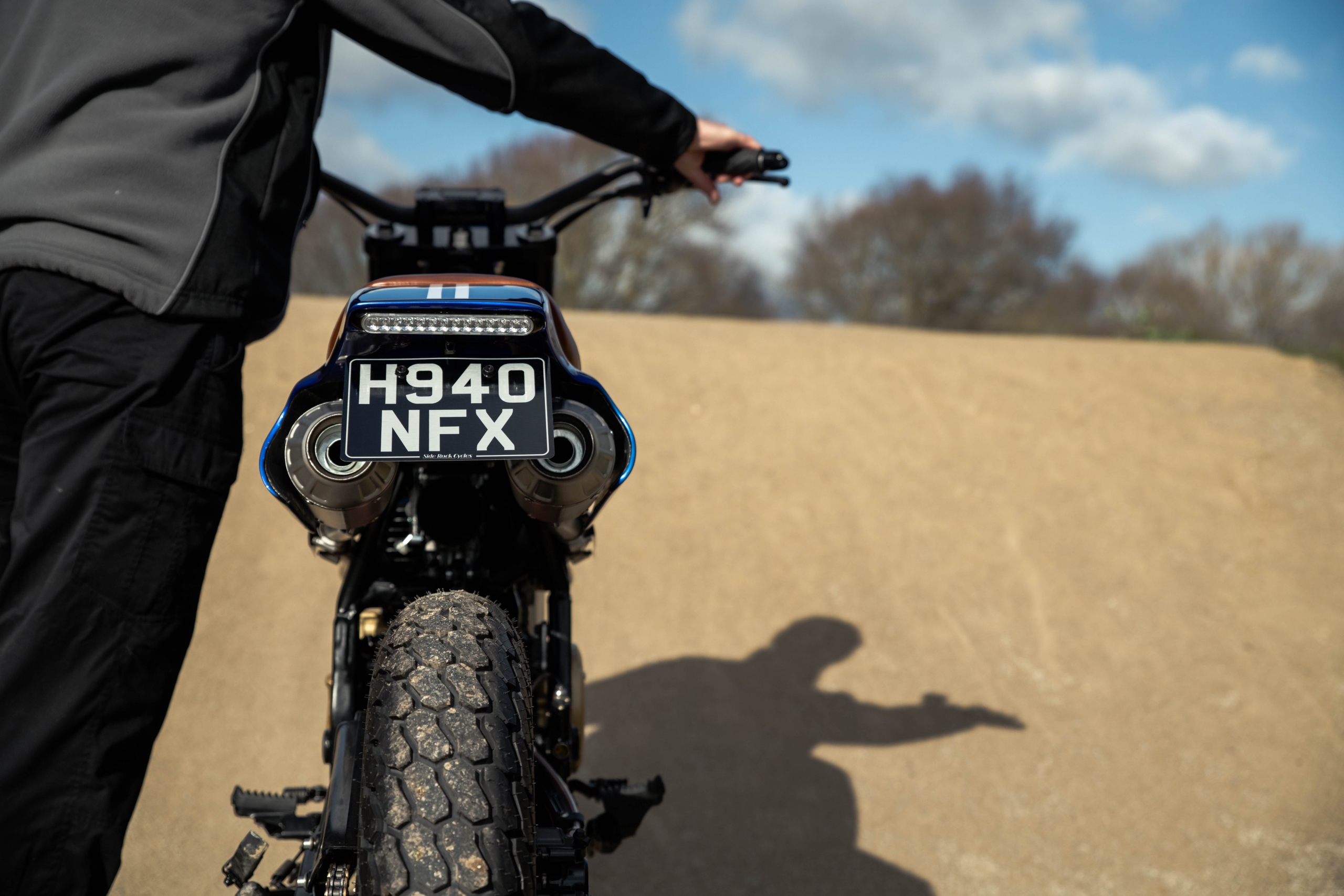 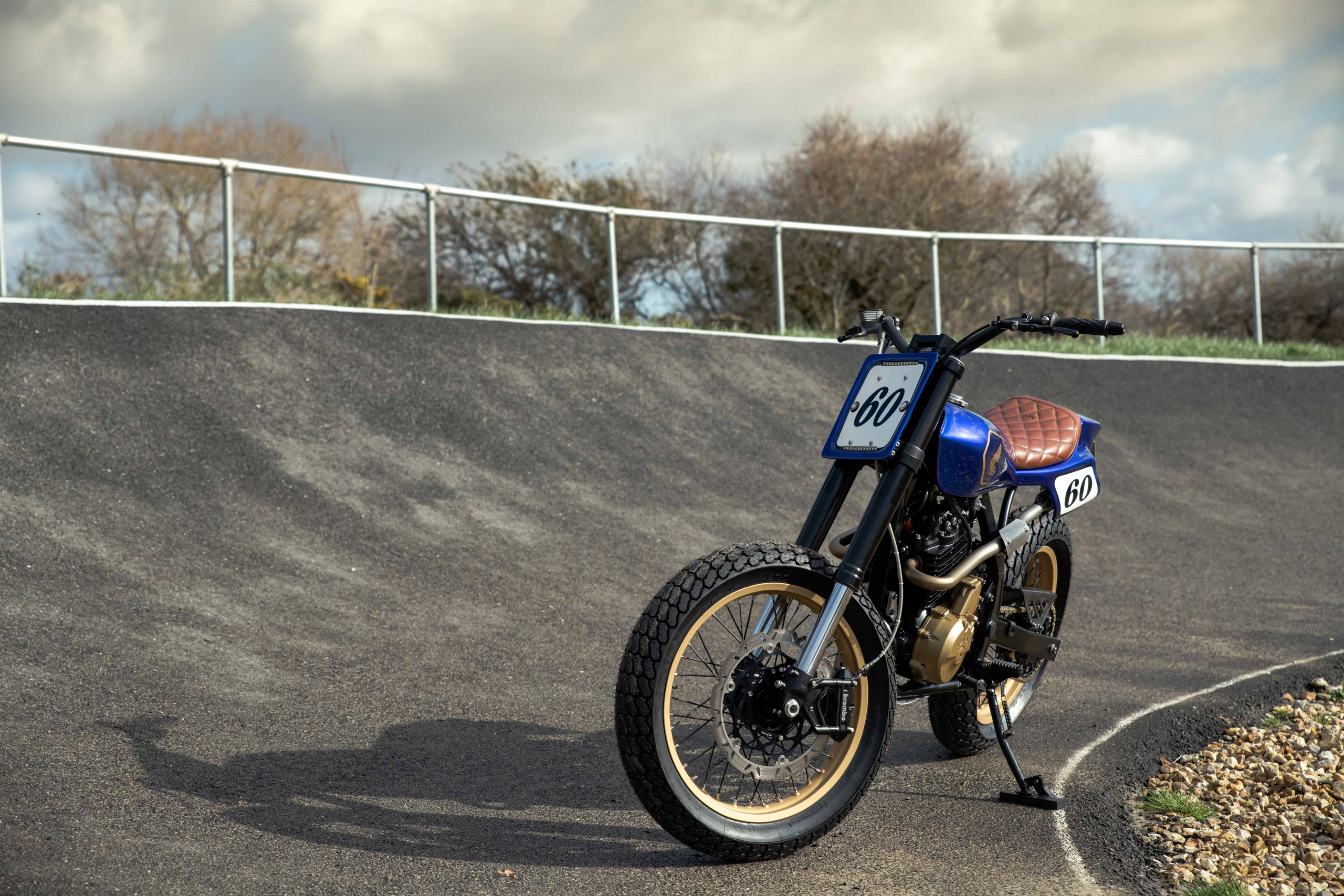 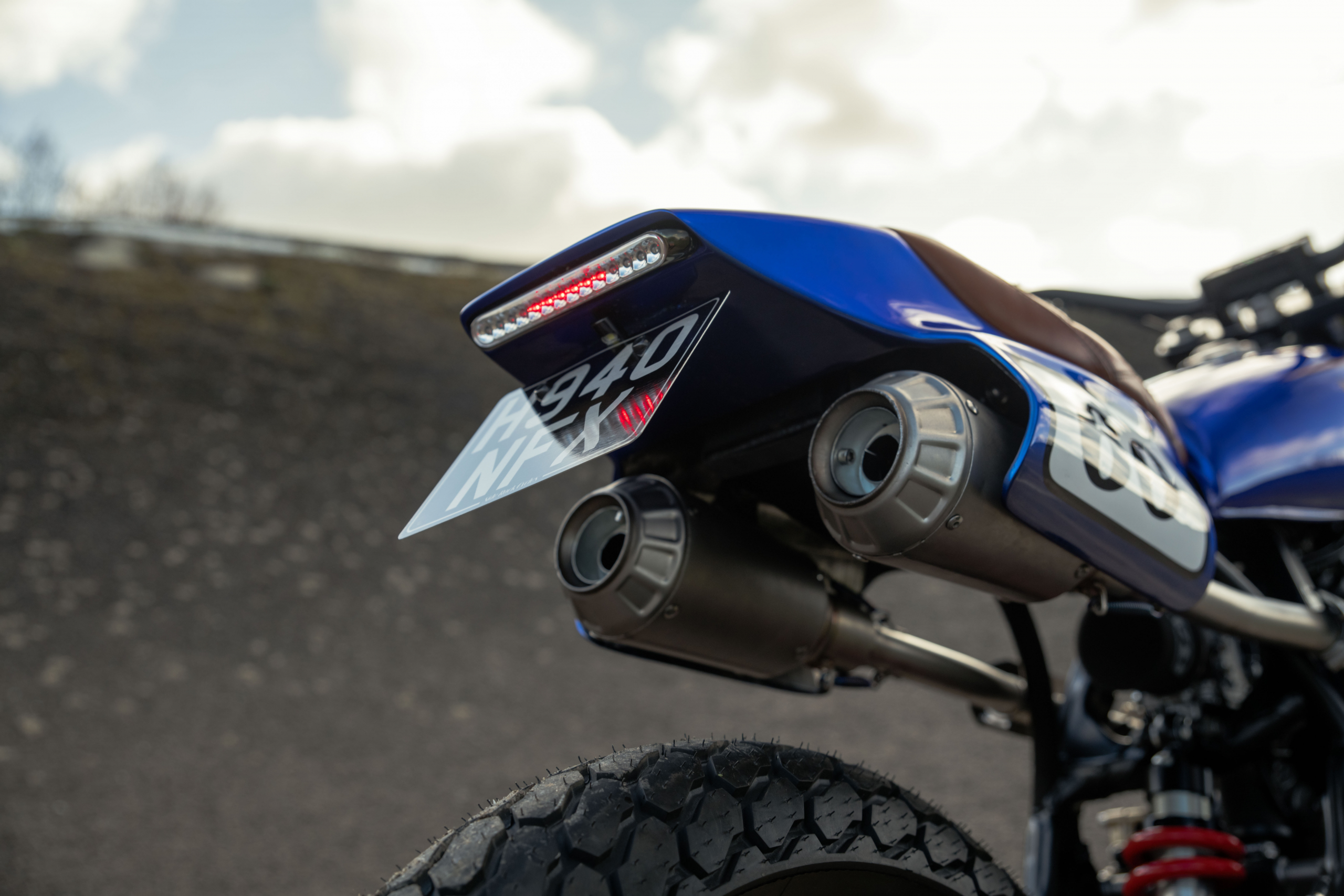 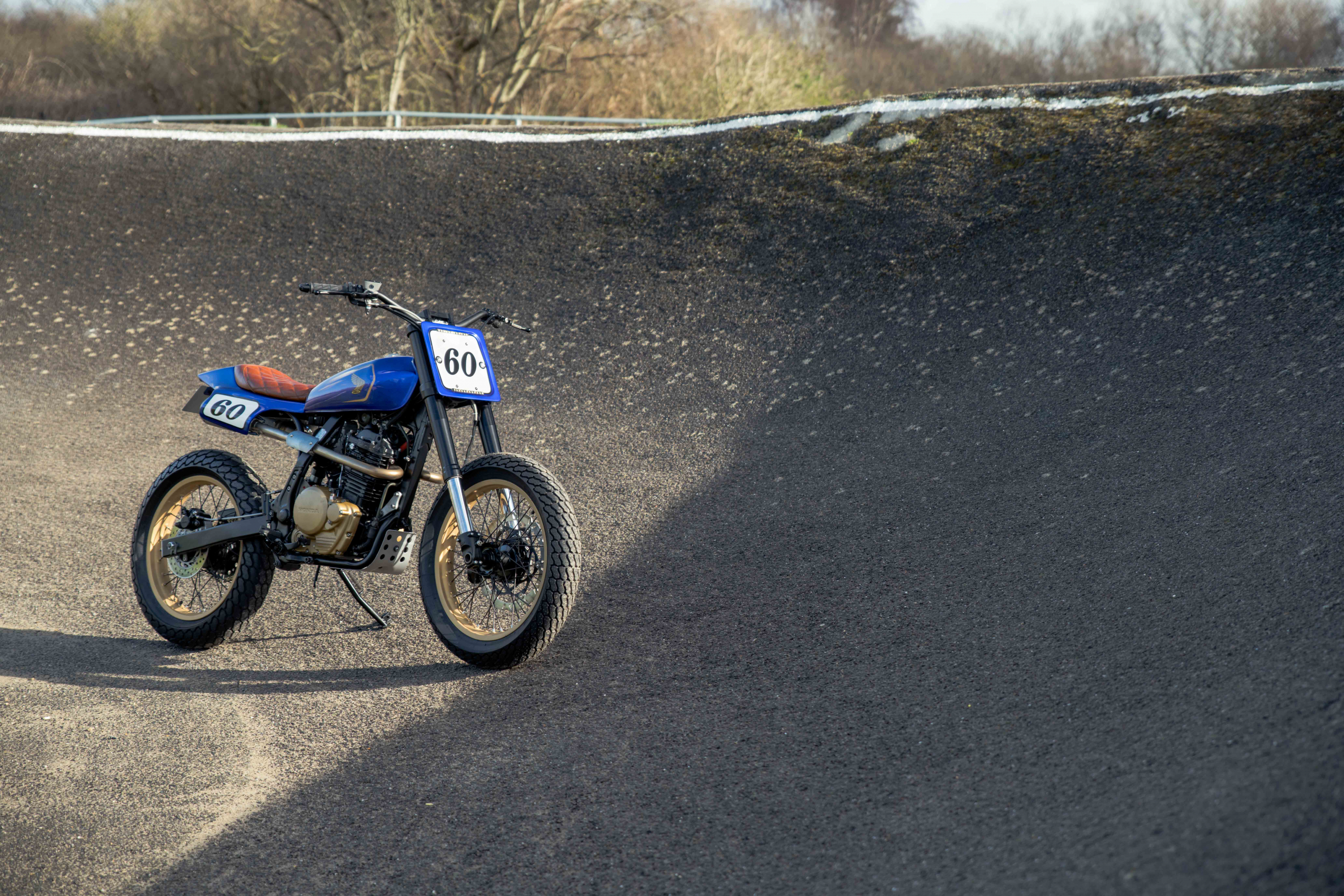 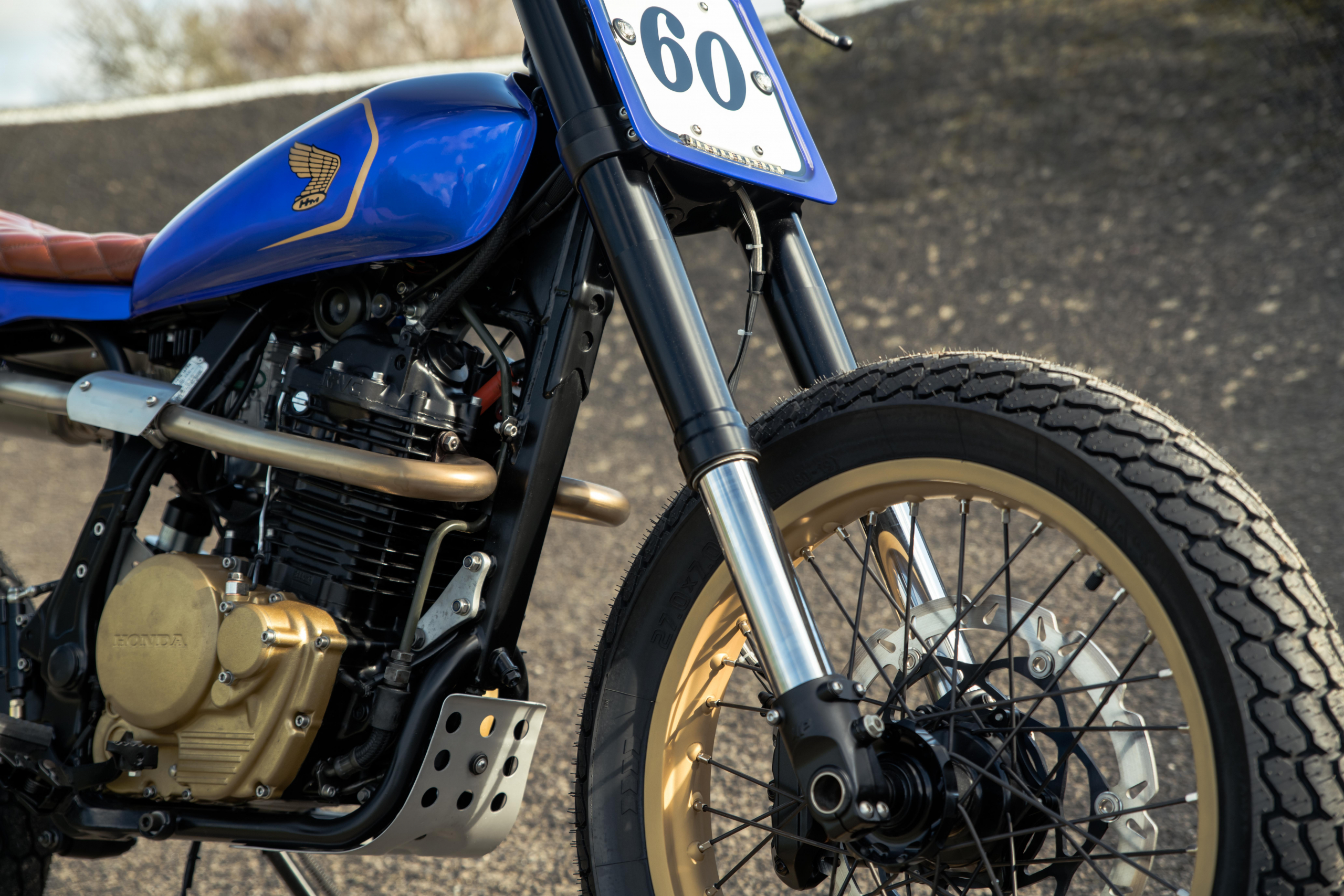 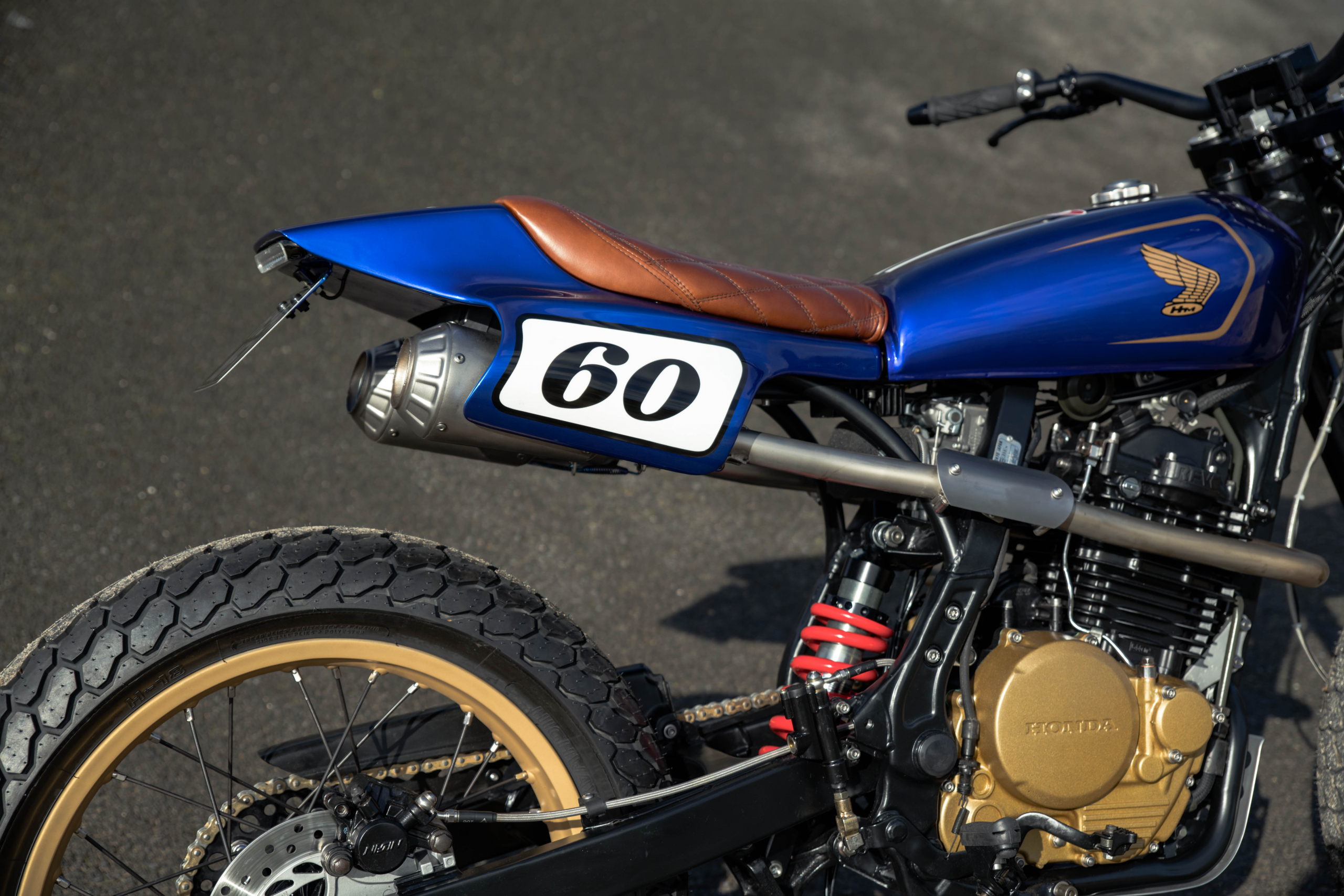 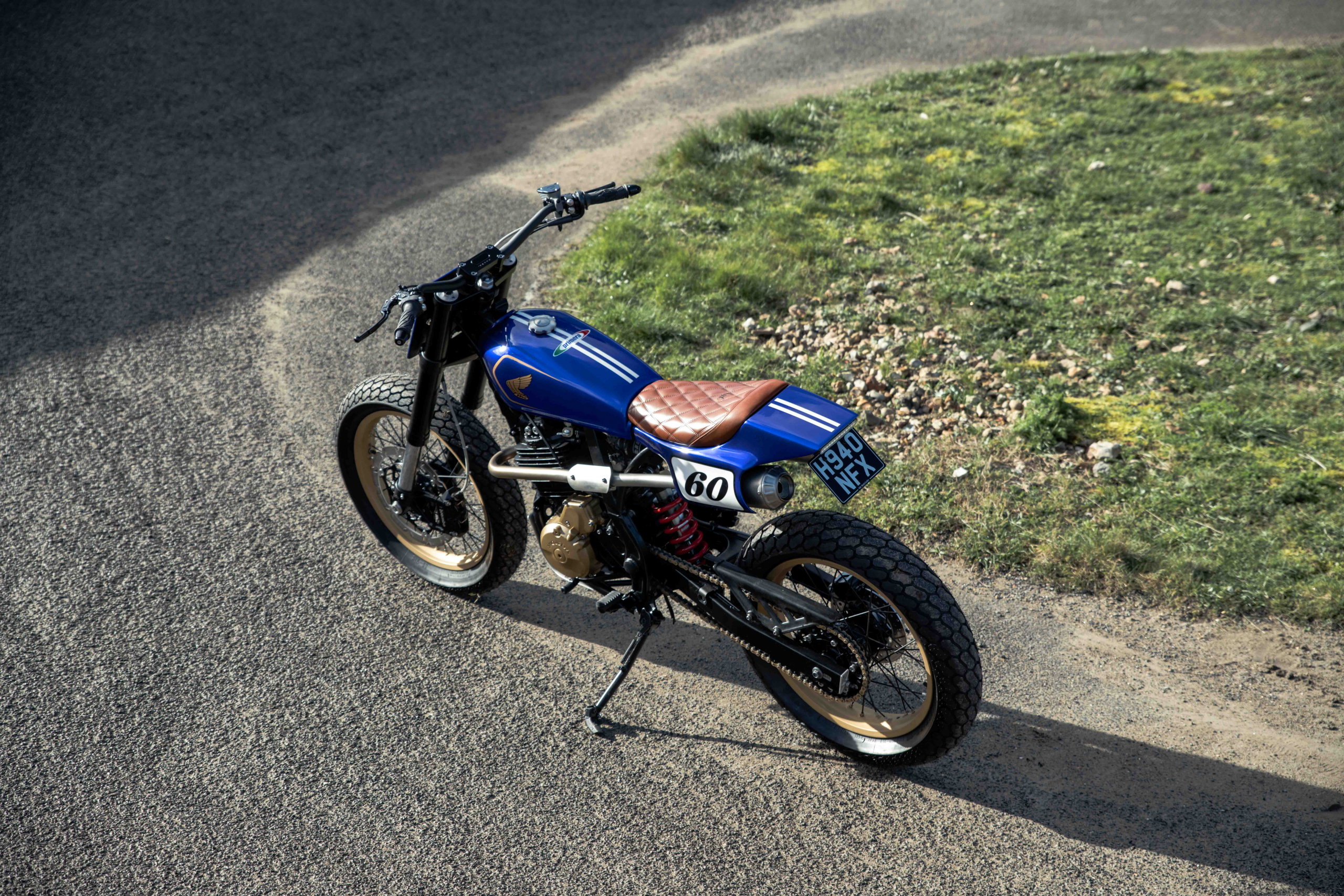 “A flat tracker wouldn’t look right without race number boards,” says Pete. “So the front one was made and designed to house LED day time running lights and LED indicators as well as the all important race number. At the back, a new flat track seat was made with the number boards sculpted around the silencers and a gorgeous brown leather diamond stitched seat pad”.

Finally, the client chose a cobalt pearl blue paint to finish the bike with Honda old school wings and striping. Bill’s company logo, Primera, was expertly air-brushed onto the much slimmer tank. It is on display in one of Bill’s high-end cycling stores but will also be used to