Our friend and ace bike builder Pete Hodson from Side Rock Cycles has been at it again, this time turning his attention towards the magnificent 1980 BMW R100 and some seriously strong visuals.

“The latest client is a big fan of the early Rickman Matisse,” explains Pete. “He particularly liked the nickel-plated frames and deep orange paintwork, so this became the basis of the build,” he adds. 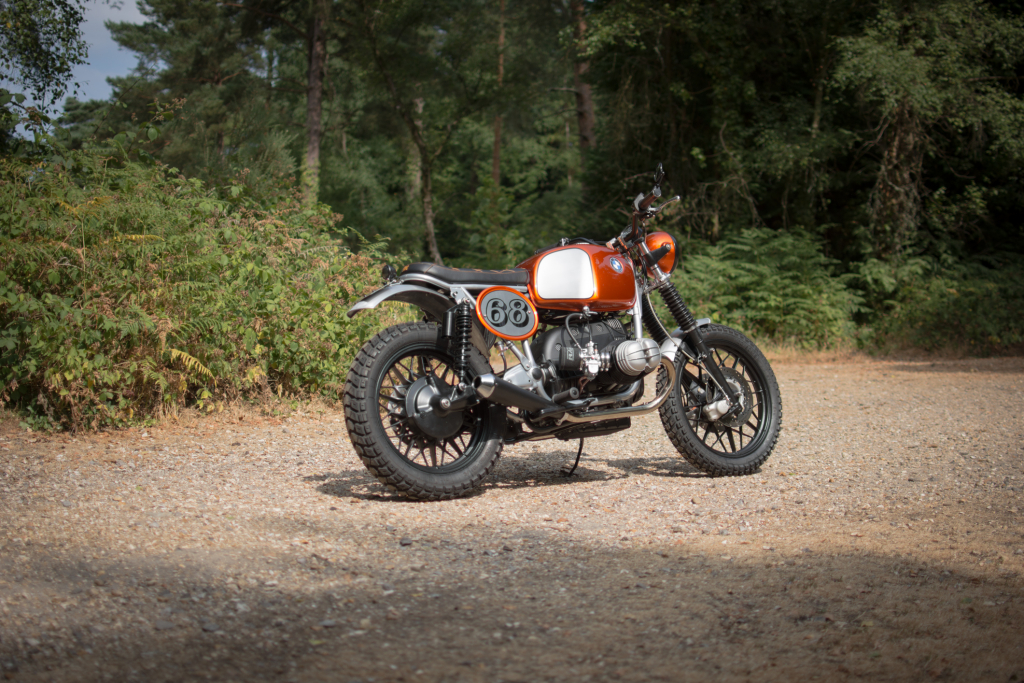 Tangerine Pearl is the official colour that Side Rock Cycles and the client settled on and the frame was also powder-coated to look as if it had been covered in dull chrome.

Pete then added his trademark brushed aluminium mudguards and even had his guys at Wicked Coatings create a brushed alloy effect for the knee indents and race plates, while the racing numbers were also hand-painted. 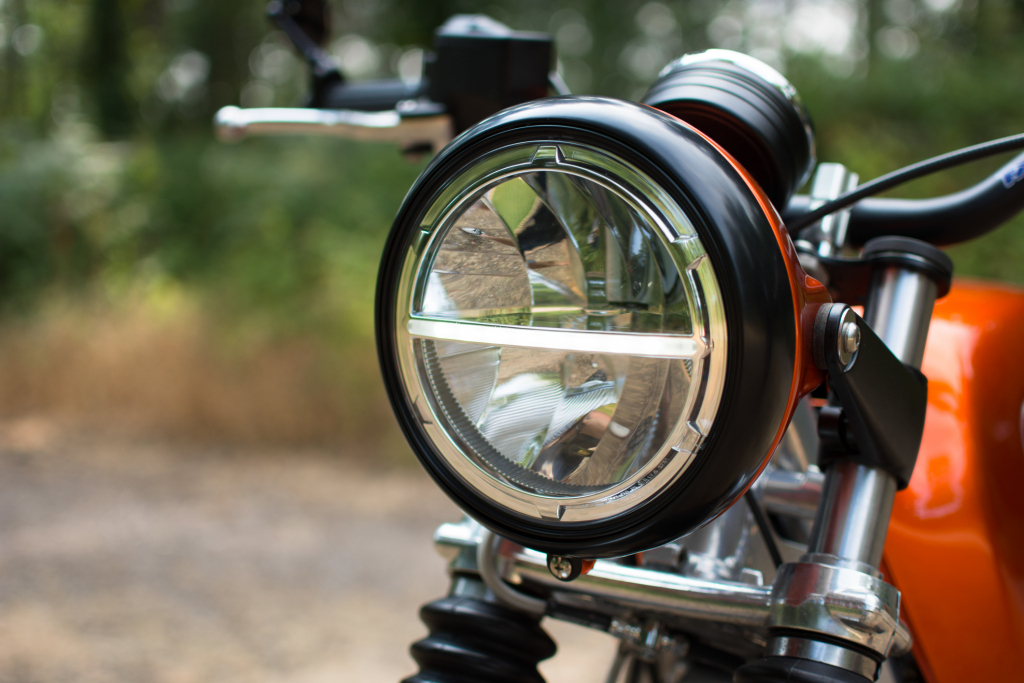 “No stone was left unturned with the rest of the bike,” Pete explains. “The engine was completely stripped and treated to a new clutch, timing chain kit, piston rings and a new, more powerful starter motor,” he adds.

As with many Side Rock builds, the bike was also treated to a more modern electronics set up, including a new loom and lightweight lithium-ion battery pack, while LED lighting and an Acewell digital speed and tacho were installed on the fat, wide Renthal bars. 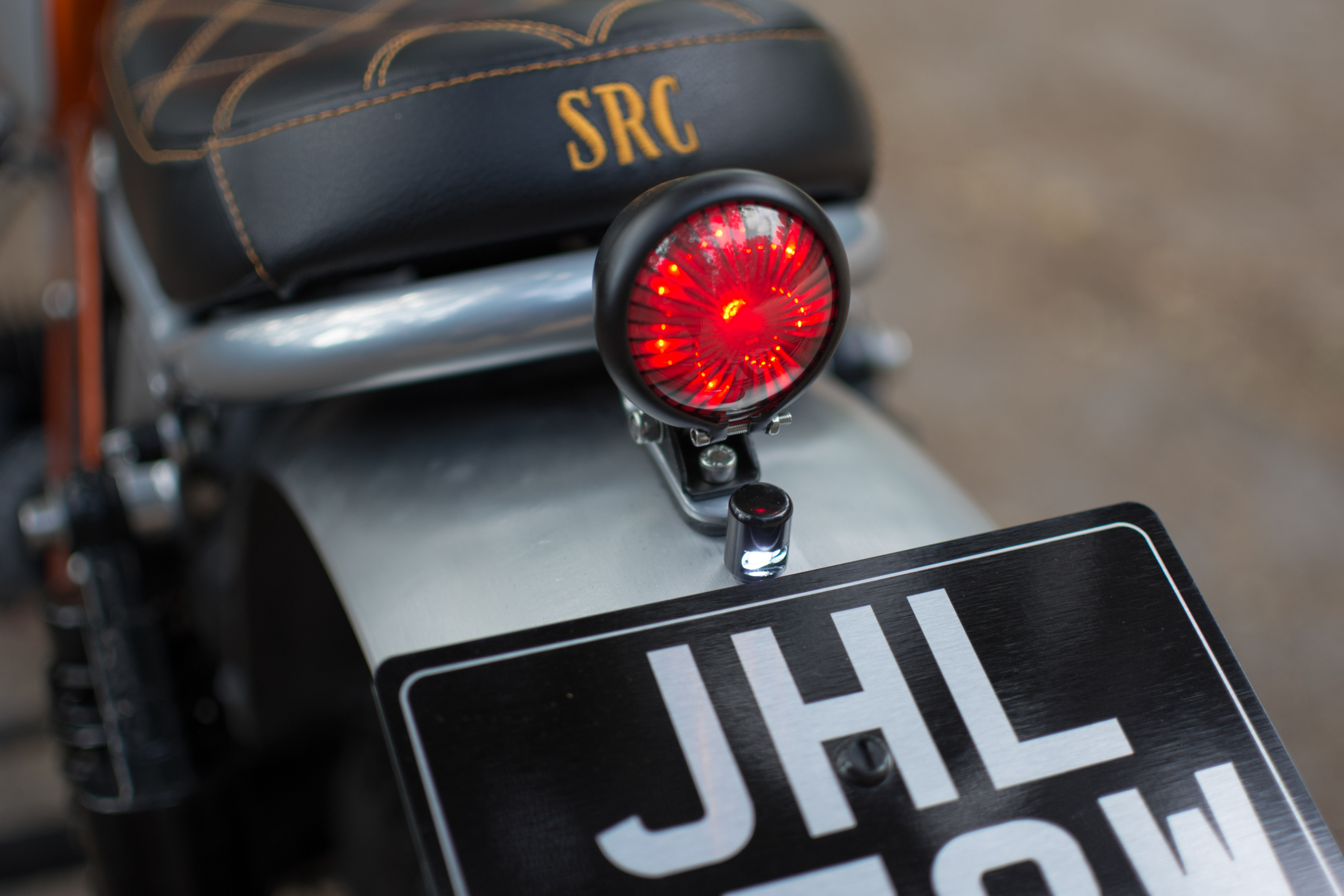 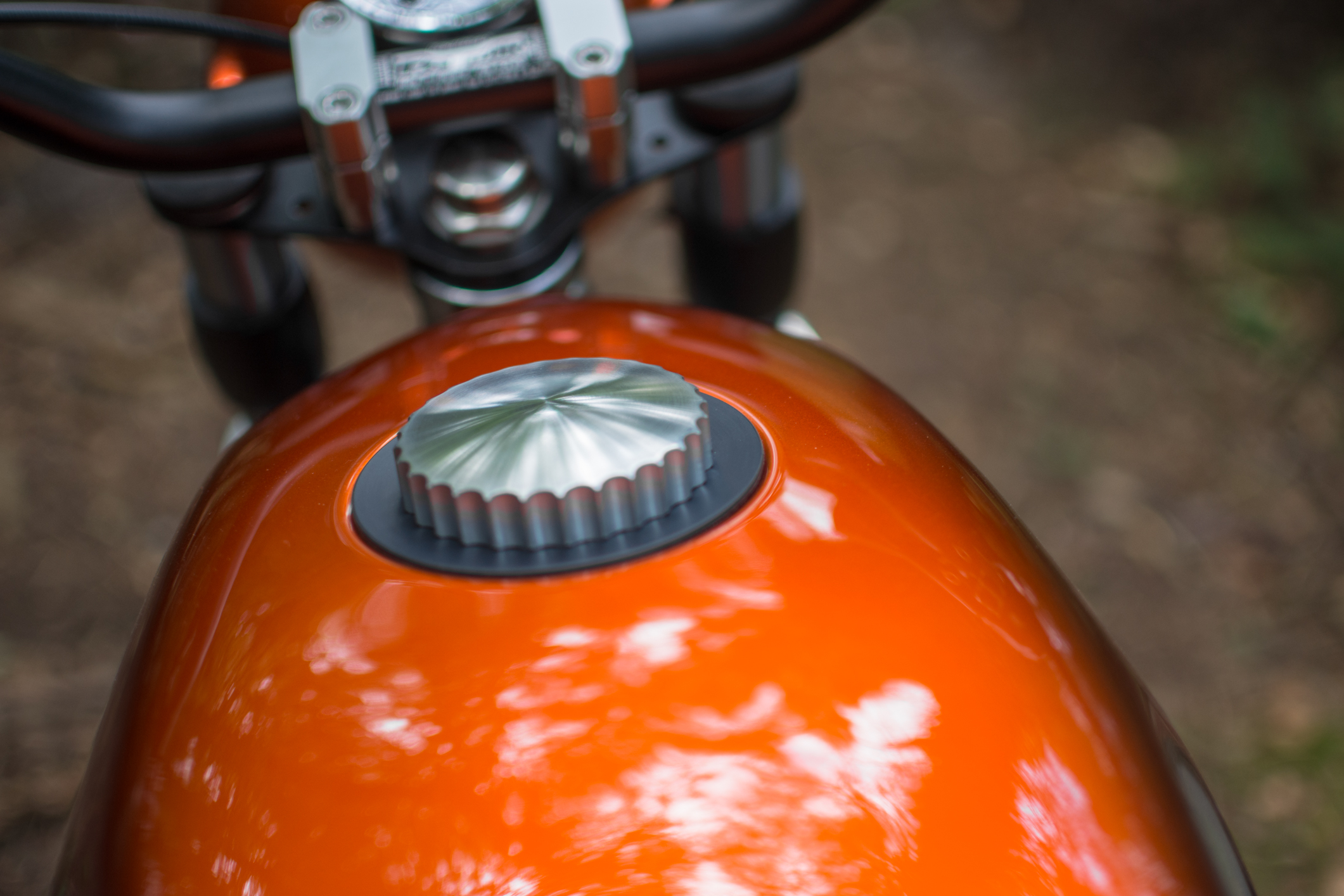 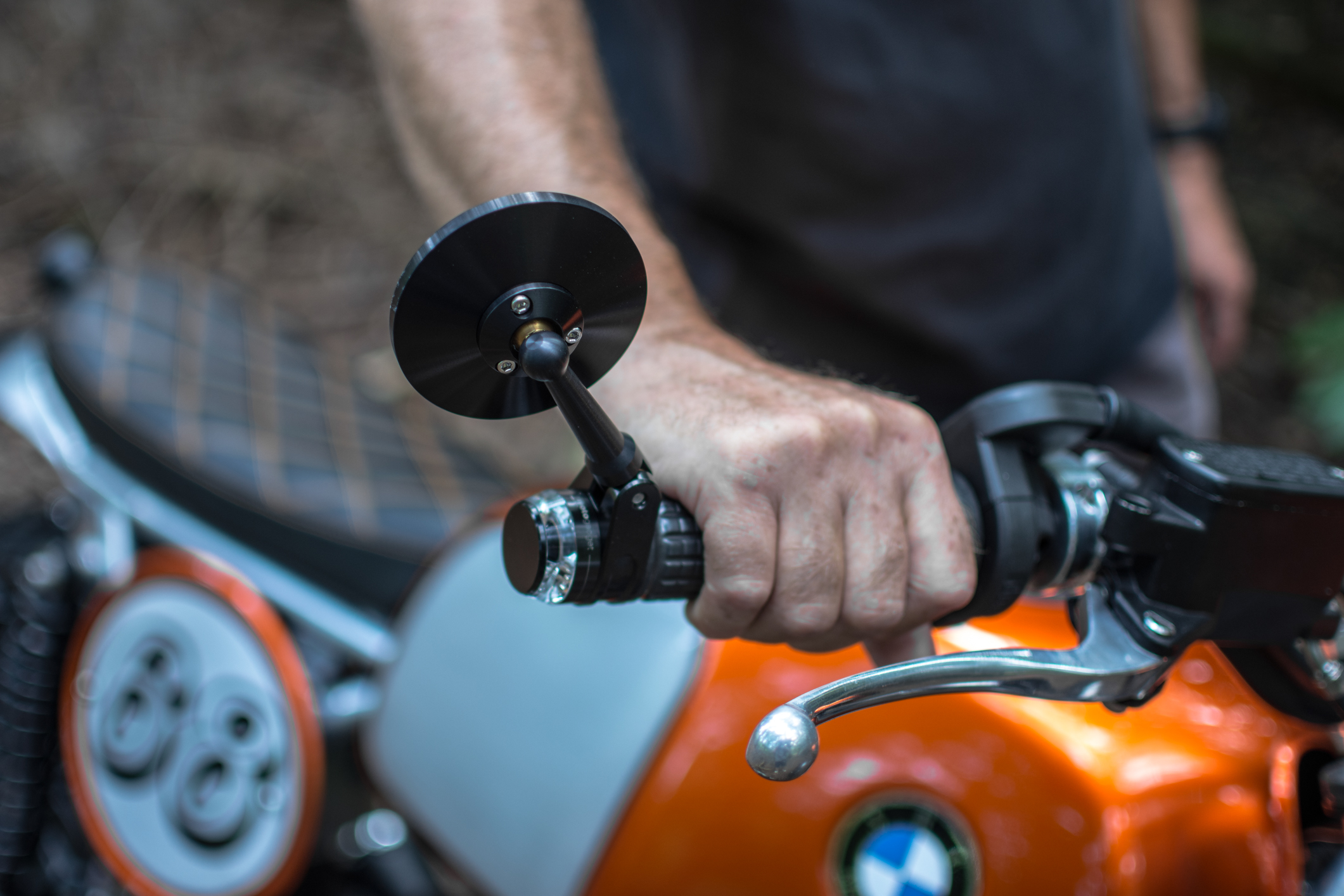 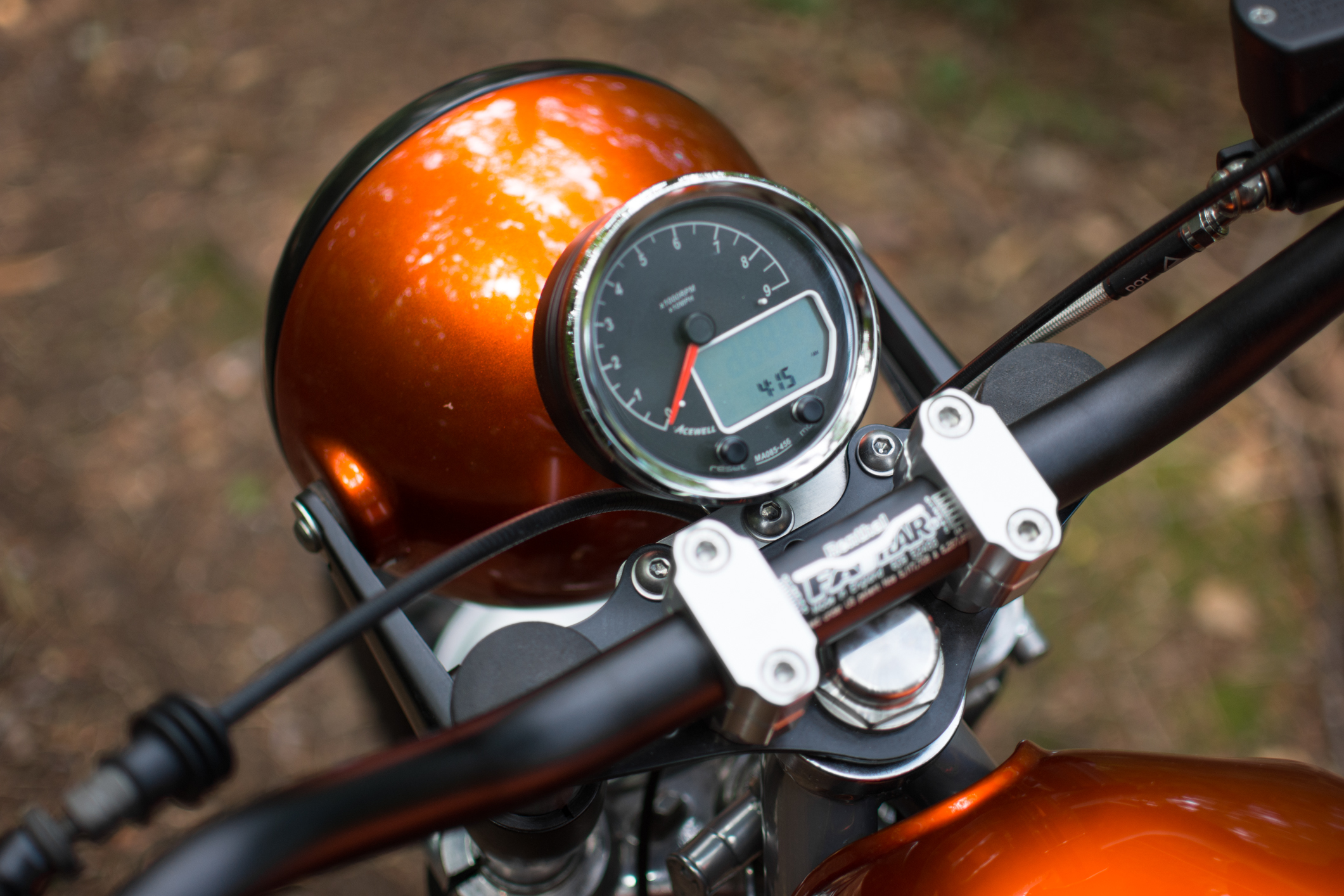 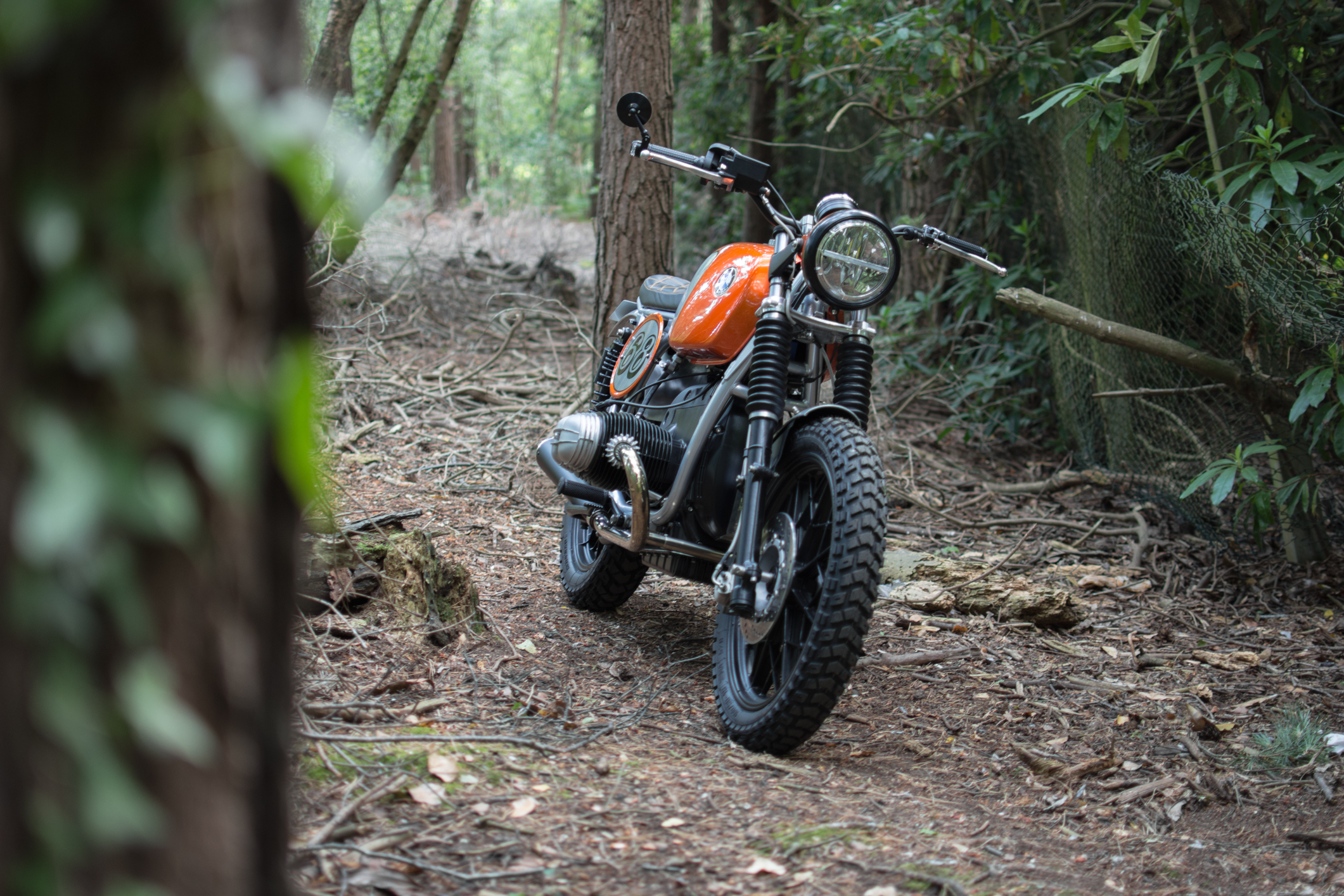 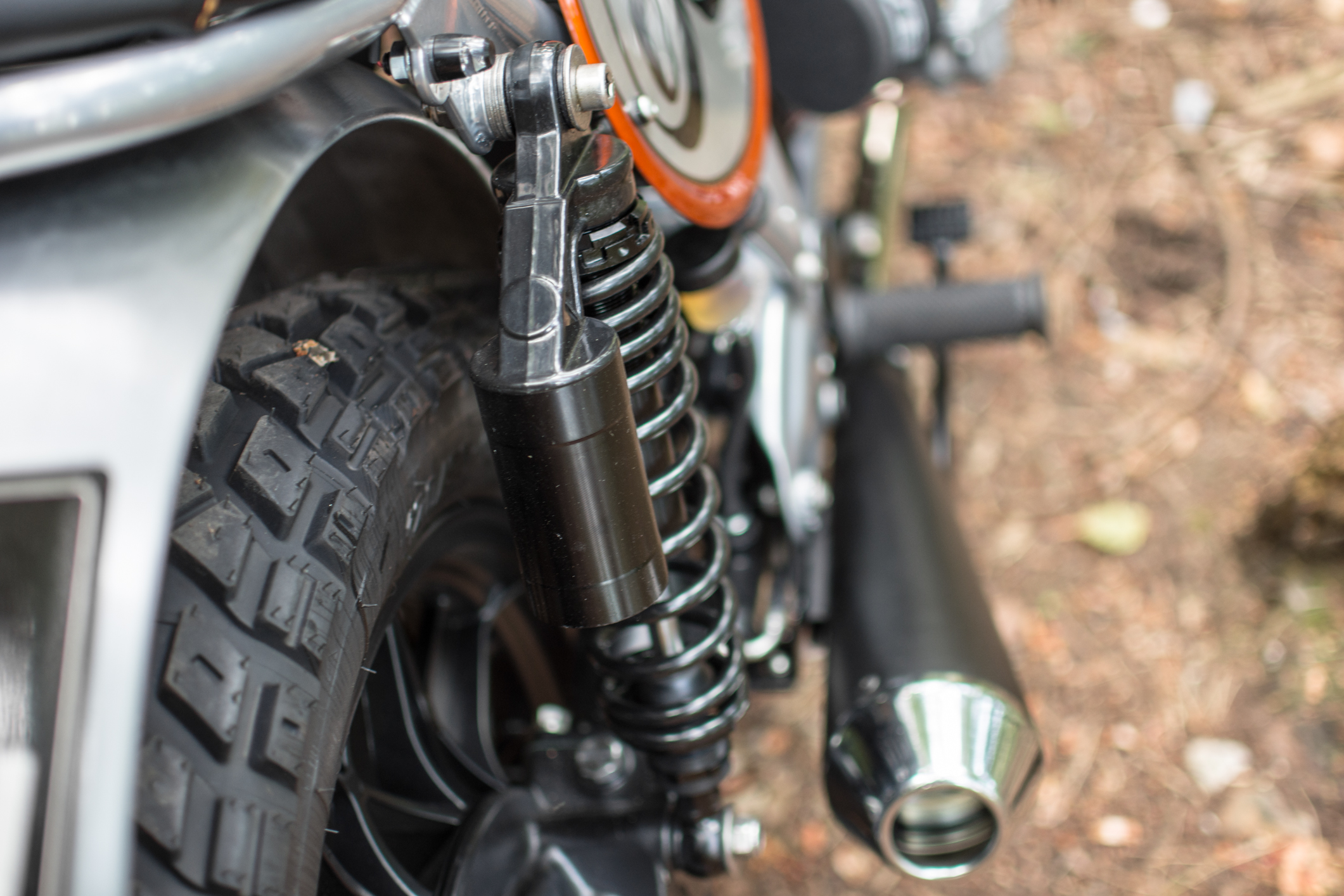 All of the above is situated on one of Side Rock’s own ‘scrambler’ sub-frames and Heidenau K60 dual-purpose tyres and fully adjustable gas reservoir shocks complete the purposeful, off-road look.

All images by Leon Poultney for Flat-Out Magazine and Side Rock Cycles.