The Ford GT has arguably done enough in its long and illustrious carrier to guarantee its place in the motorsport hall of fame. From the Ford/Ferrari hook-up in the swinging sixties to the four consecutive wins at Le Mans, the GT40 formed a solid base for its modern iteration to build upon.

And build it did, with Ford’s second generation car in 2016 going on to obliterate the field at the 24 hours of Le Mans race and dominate in the overall GT series, while plastering a smile across the faces of the few lucky owners that can probably be seen from space. This is a hypercar in every sense of the word that flatters complete novices and challenges the experts. 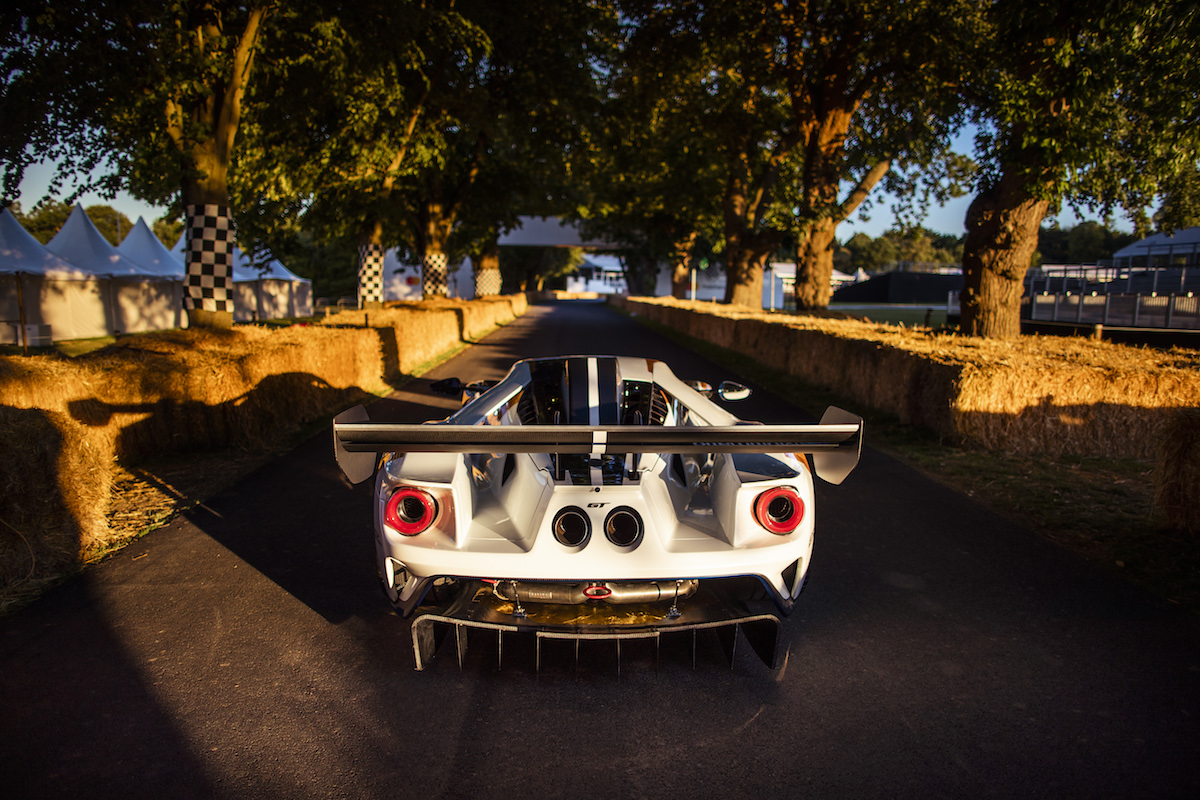 But at this year’s Goodwood Festival of Speed, Ford and Multimatic unveiled its latest limited-edition GT Mk II track-car, which takes all of the marque’s learnings from enduro racing and distills it into one very potent, track-only package for the extremely wealthy.

Ford has armed its latest creation with a 3.5-litre EcoBoost engine that spits out 700bhp. The sublimely powerful engine has been paired with aerodynamic alterations to the chassis that are said to drastically improve the handling without sacrificing speed or bogging things down with additional drag. 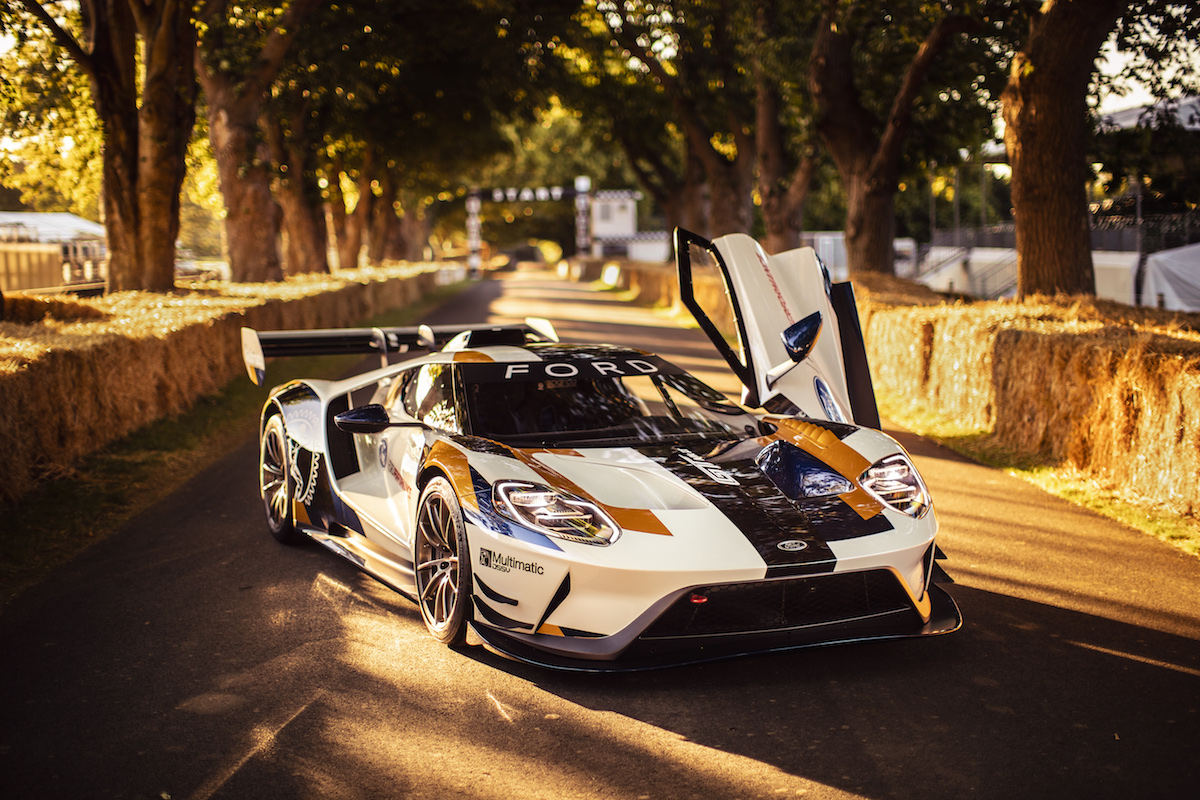 Incorporated into the build is an all-new front racing splitter and diffuser, as well as new fender louvres and dive planes, which help balance out the extra rear downforce gained from the addition of a ma-hoosive rear wing.

Ford say that their drastic aerodynamic tune-ups helps the GT Mk II generate 400 per cent more downforce than the road-going GT, probably a smart idea considering it’s armed with enough power to send you to the moon and back. 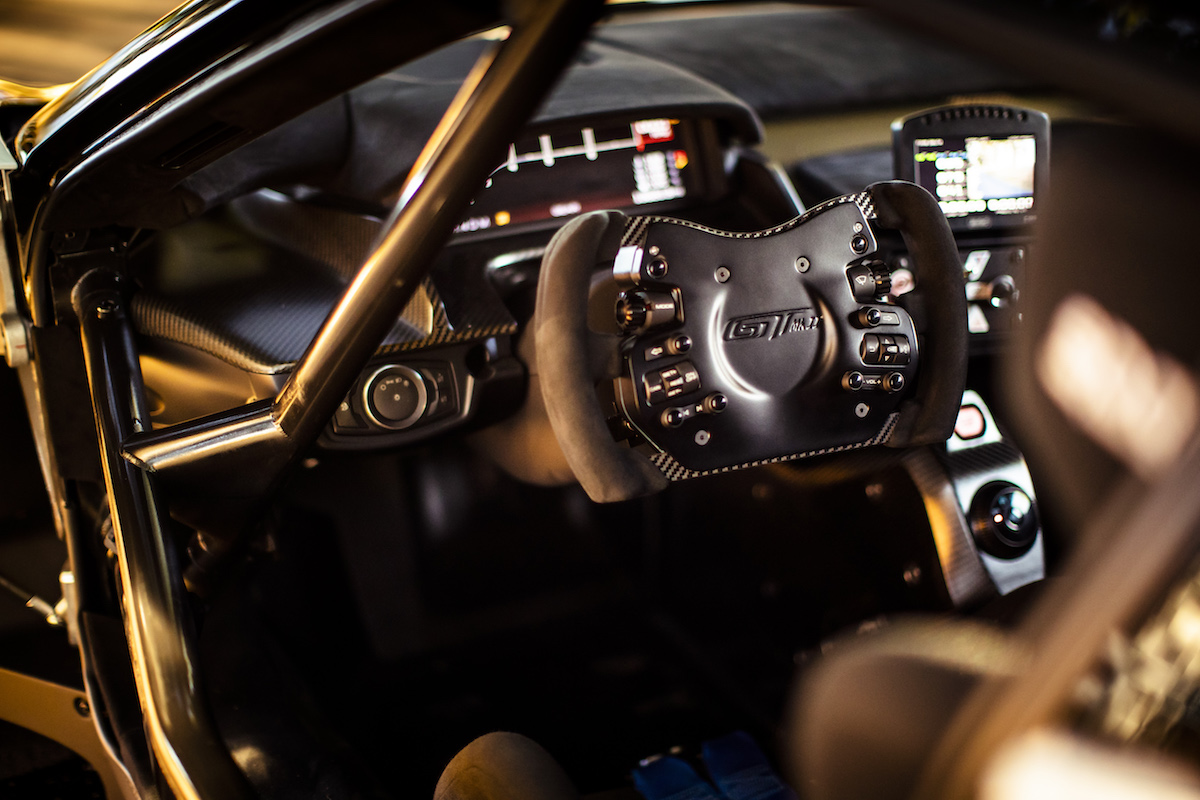 According to its makers, the street GT’s adjustable ride height and drive modes have been removed, providing a weight savings of over 90kg, while new five-way adjustable DSSV shock absorbers work with a lowered and fixed ride height to improve handling and keep the Mk II as aerodynamically efficient as possible. 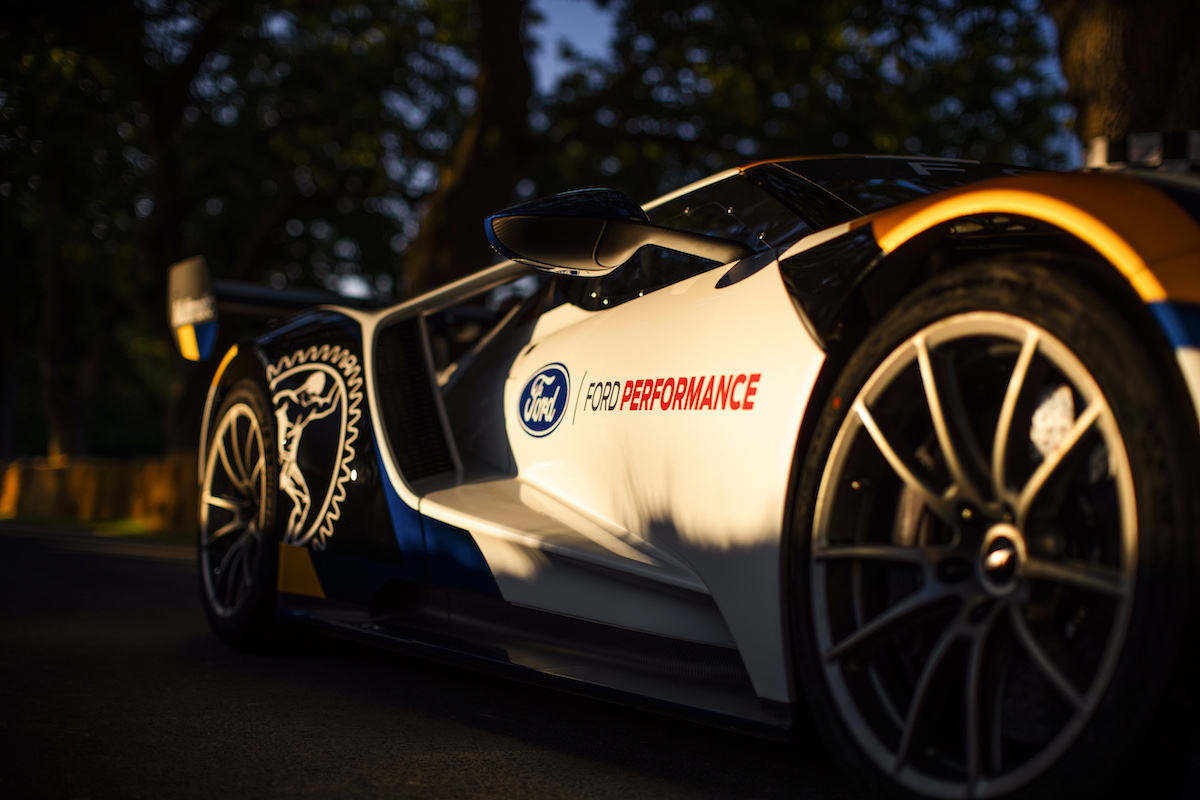 The Flat-Out crew were lucky enough to witness this thing of beauty first unveiled in the pit garages at Goodwood, then pummelling up the hill. And needless to say, it looks extremely rapid from where we were standing.

Unfortunately, it will be limited to only 50 units and boast a very modest £958,000 price tag, meaning we probably won’t see that sight again any time soon. But you can read about the time we drove a GT around Michelin’s proving ground here.