The new Rolls-Royce Ghost: all the small things

The new Rolls-Royce Ghost: all the small things

We’re eagerly waiting to get our hands on the new Ghost, but until we do, ogling the press releases will have to suffice. Developed with an open line of communication with a selection of their customers, the new Ghost has been completely revitalised. Despite the minimalist design philosophy, the Ghost is still chock-full of all the latest tech and outstanding features.

The doors are now power-assisted, they gently glide open to usher you into the car and then close themselves to ensconce you in the leathery interior. Pulling the handle will leave the door ajar, pull and hold the handle when it’s in this position to open the door fully. Don’t forget, there’s a handy Rolls Royce umbrella stowed away within these fine apertures, just in case it’s raining. 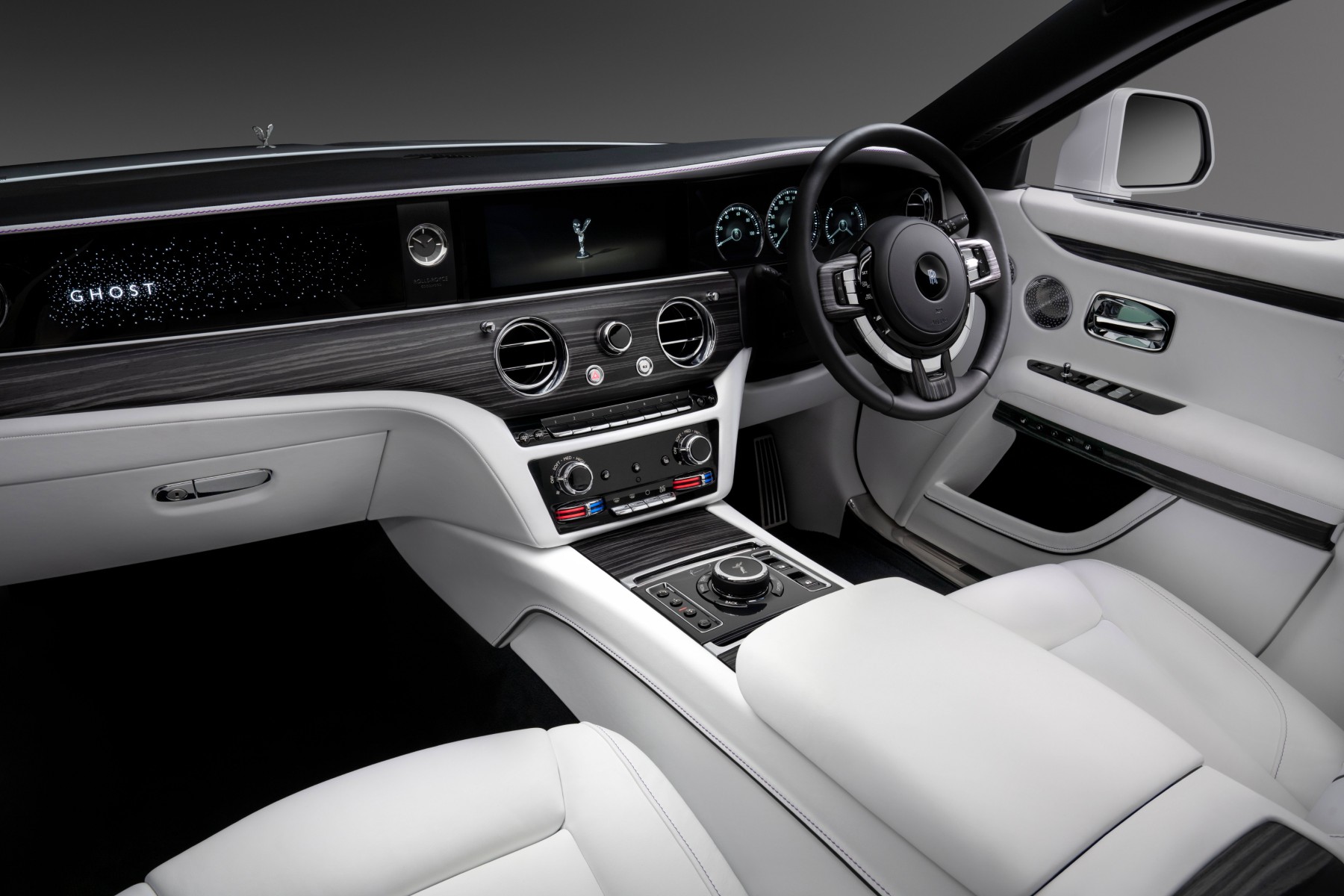 Because this is the R-R models customers like to drive, the British marque has, for the first time, made the cockpit slightly more biased towards those behind the wheel. Driver focused features, such as a heads-up display, adaptive cruise control, lane departure assist, and collision detection are all present, and there’s even a self-parking feature. The rear of the car is a place to get work done or to wind down, so there is a drop-down table on the front seat backs and the car comes equipped with a WiFi hotspot for work on the move or simply to whack on sound headphones and gaze up at the star-spangled headline, which now comes with shooting stars.

“The doors are now power-assisted, they gently glide open to usher you into the car”

New safety features are just as up to date as the rest of the details, with a hidden camera stashed within the LED-illuminated front grille allowing for a ‘Vision Assist’ system that’s capable of detecting wildlife and pedestrians, as well as being able to display the road ahead in night vision. The new Ghost also has a host of cameras positioned around the exterior, which give panoramic views around the car, as well as a ‘Helicopter view’, useful for parking in tight spaces… assuming the driver doesn’t own the car park in question. 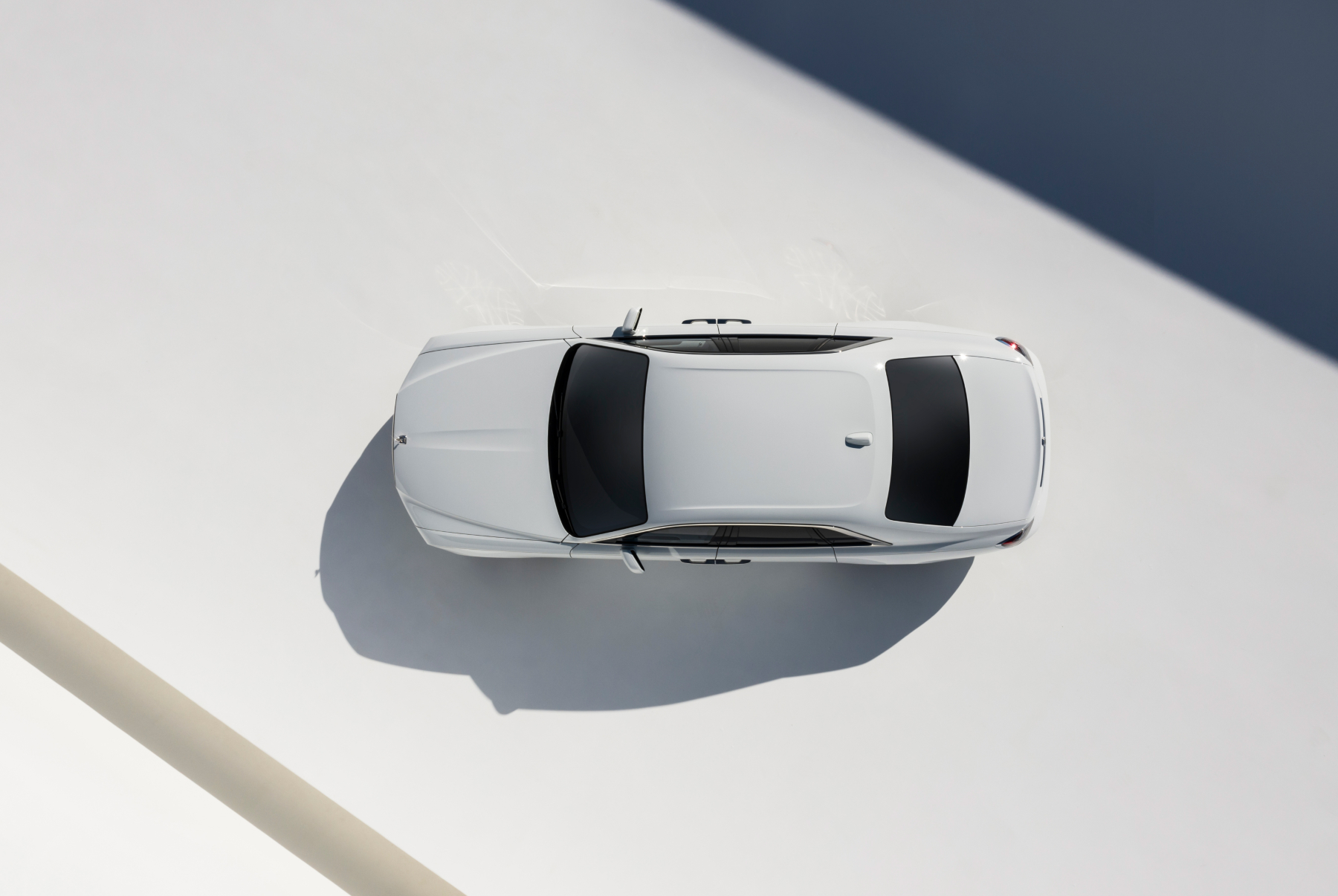 New Ghost is quieter than ever, with engineers lavishing plenty of attention on sound-deadening materials and working tirelessly to get interior acoustics just right. The same extends to the bespoke sound system, where there are 18 ‘Magnesium-Ceramic’ speakers dotted about the interior, all controlled by a massive 1300W amplifier. Each speaker has its own channel on the amp allowing them to be adjusted individually. The car can also adjust the equalisation of any speaker based on the ambient frequencies detected by two microphones within the interior.

“The parcel shelf features ‘invisible ports’, which harmonises the frequencies of the boot and cabin”

The sills have been transformed into ‘resonance chambers’ which effectively turns the frame of the body into a subwoofer. The seats have damping units so that they can resonate at the same frequency as the car’s body and engineers did something similar with the boot, the parcel shelf has ‘invisible ports’ which harmonises the frequencies of the boot and cabin. All of this means that when driving the interior should be hauntingly quiet, as you would expect from Ghost. 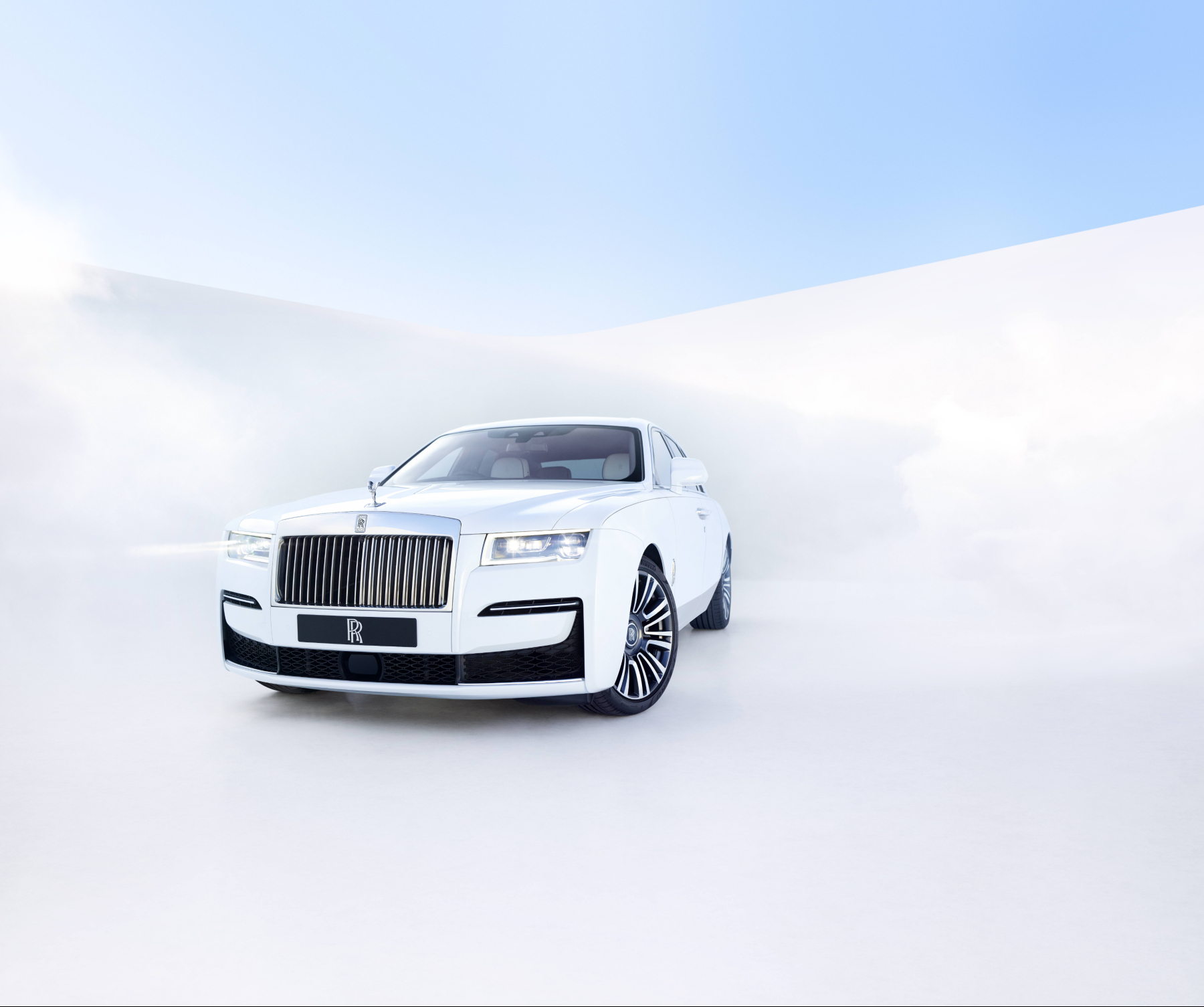 An all-new suspension system has been developed for the latest Ghost, dubbed the ‘planar’ suspension. It’s a self-levelling air suspension set-up with a few additions, such as the world’s first upper wishbone damper. As well as the mechanical advancements, the Ghost uses a handful of cameras to monitor the upcoming road surface and adjusts the suspension to suit.

This same system is used by the gearbox, which will select an appropriate gear for any upcoming corner, incline or decline. To compliment these features, the Ghost now has all-wheel drive and four-wheel steering where, at high speeds, the wheels turn together but at low speeds, the rear wheels turn in the opposite direction to the front, reducing the turning circle which should give the Ghost a surprising amount of manoeuvrability for its size.