Stroll the warm cobbles of Marbella and the array of ludicrously expensive cars cruising the streets is mind-blowing. Porsche Cayennes are as common as the humble Ford Focus and the Bentley Continental seems to be the practical choice of daily run-around for most.

With over 300 days of sunshine a year, it is no surprise that the number of convertibles on display beats anything we’d experience here in the UK, with Marbella’s Puerto Banus marina area doubling up as a catwalk for supercar owners to show off their drop-top rides. 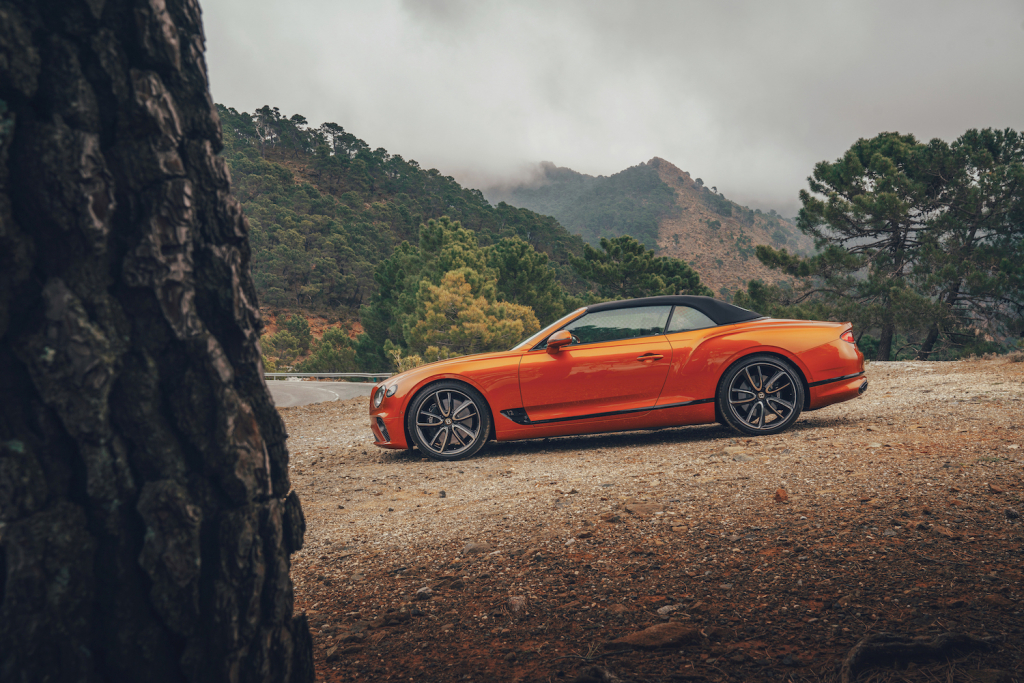 Bentley has chosen to station itself in the predictably opulent Marbella Beach Club to launch its latest Continental Convertible – a vehicle that builds on the best bits of the all-new coupe and throws in an electronically operated Z-fold roof that can be deployed or stowed in just 19 seconds.

“Powerful, understated and elegant, this is by far the most accomplished generation of Bentley Continental yet”

The trip begins with a visit to the three Michelin Star Dani Garcia Restaurant that is situated beneath the Hotel Puente Romano on one of the area’s famous strips. 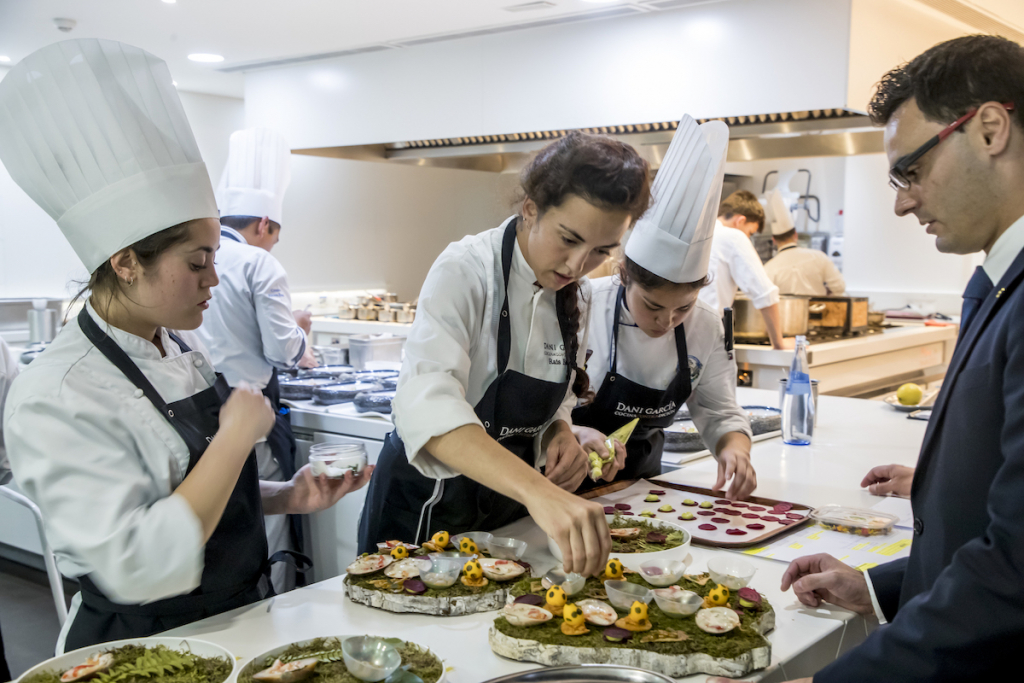 Complete with an indoor subtropical garden, the multi-course dinner of deconstructed masterpieces gives us ample opportunity to quiz chief designer Stefan Sielaff on his latest creation, which he ranks as his career highlight so far.

“The biggest challenge when designing this new Continental was fusing luxury, performance and Bentley heritage, while making it look modern,” he explains over mouthfuls of oyster. 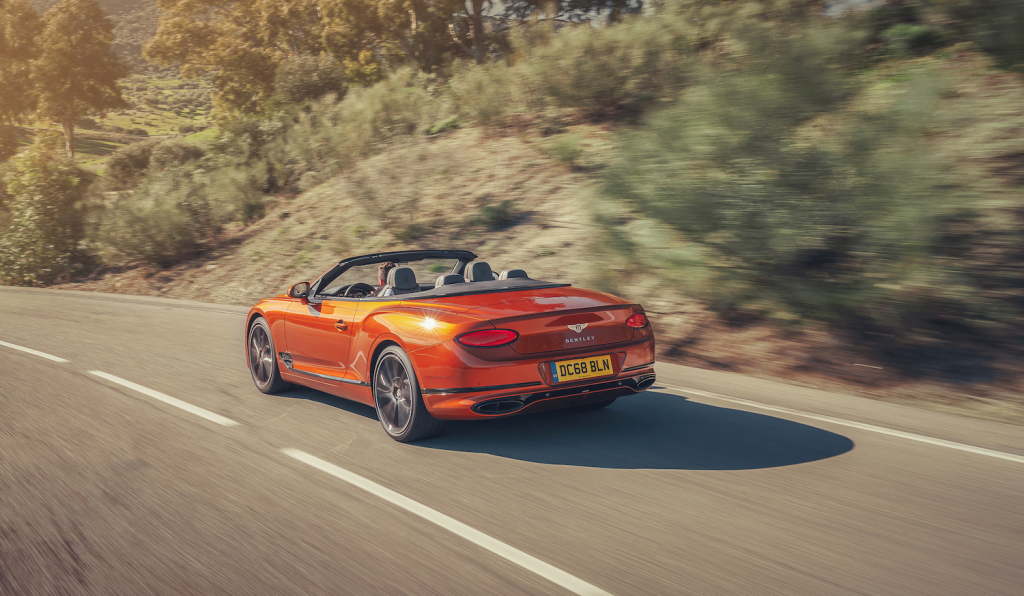 “You can find lots of modern interpretations of classic Bentley character lines in new Continental GT. They exist in in the side the power Line and the haunch and these remain in the convertible. But it lower, more purposeful and cleaner,” he adds.

“A quick scan of the £222,960 vehicle’s specification sheet reveals that a staggering £47,860 has been spent on options”

It’s certainly a beautiful thing to behold, especially in the dazzling Orange Flame paintwork that twinkles in the early morning sun the next day. With the reassuringly expensive key in our pocket, we point the W12 bruiser towards the Sierra Morena and embark on an epic road trip that will take in some of Andalusia’s finest roads before winding up in Seville. 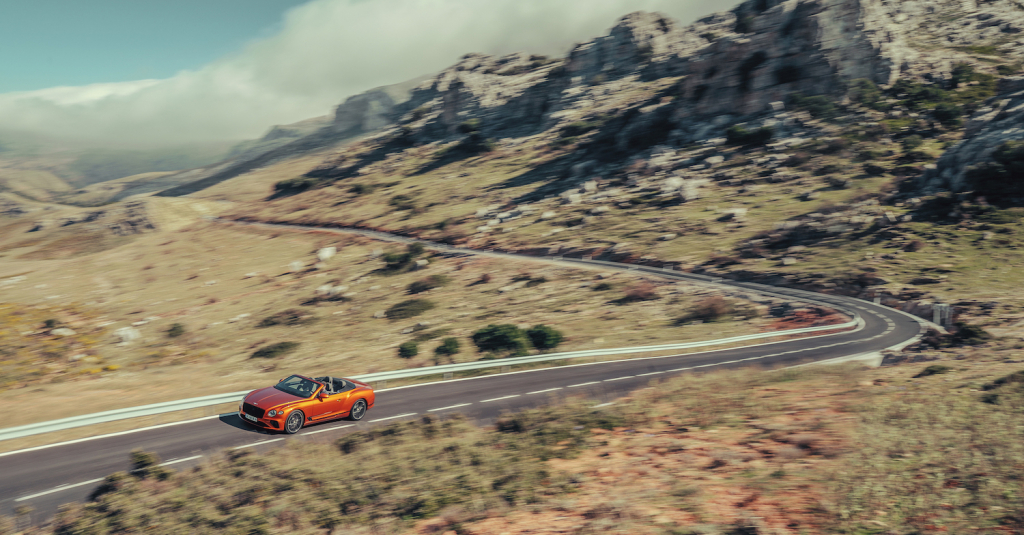 Race to the skies

With the hustle, bustle and questionable tastes of Marbella behind us, we are quickly on to the famous Ronda Road, which snakes and twists its way up the hillside towards the tiny village and the Ascari race circuit.

With all settings left in Bentley’s standard modes, the British marque’s Continuous Damping Control (CDC), which constantly adjusts the damper forces to optimise comfort, does a superb job of providing a serene and relaxing ride, even on these enormous 22-inch five-spoke alloy wheels. 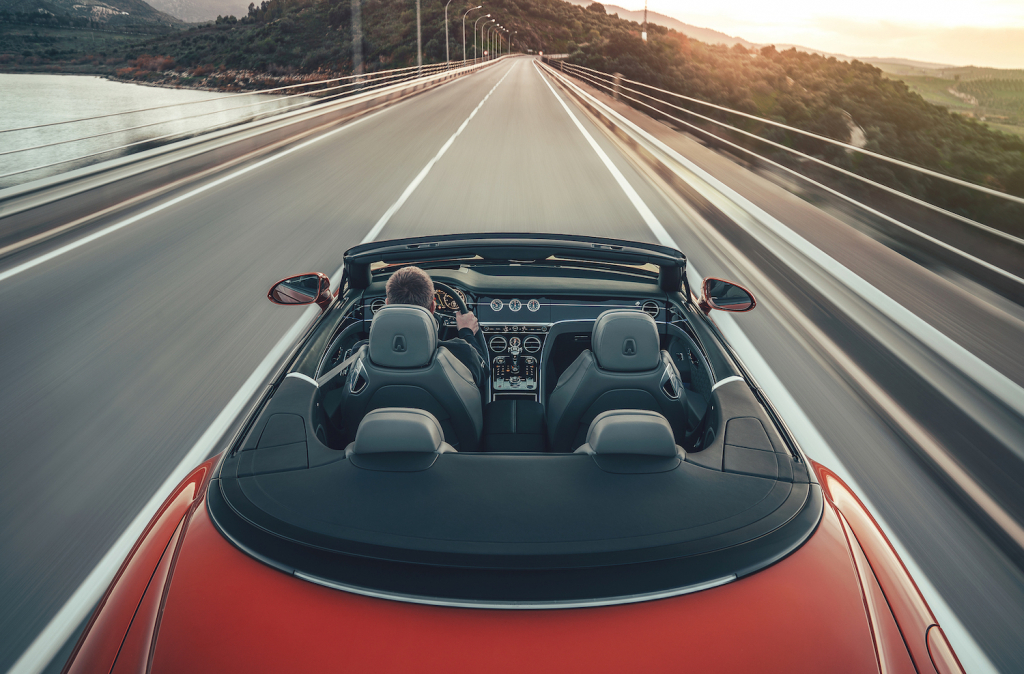 Leave the roof up, and wind and road roar is pretty much banished from the cabin thanks to a fancy new fabric construction. Bentley claims that this new convertible is actually quieter than the outgoing Coupe with its roof intact and we’d find it hard to disagree.

“Floor the throttle and there’s a deep, guttural grumble from the tailpipes”

Finally, the traffic clears ahead, so we make the most of the Ronda Road and drop the top, spin the drive selector mode to Sport and sample the gut-busting power of the 635hp W12 engine that lurks beneath the bonnet. 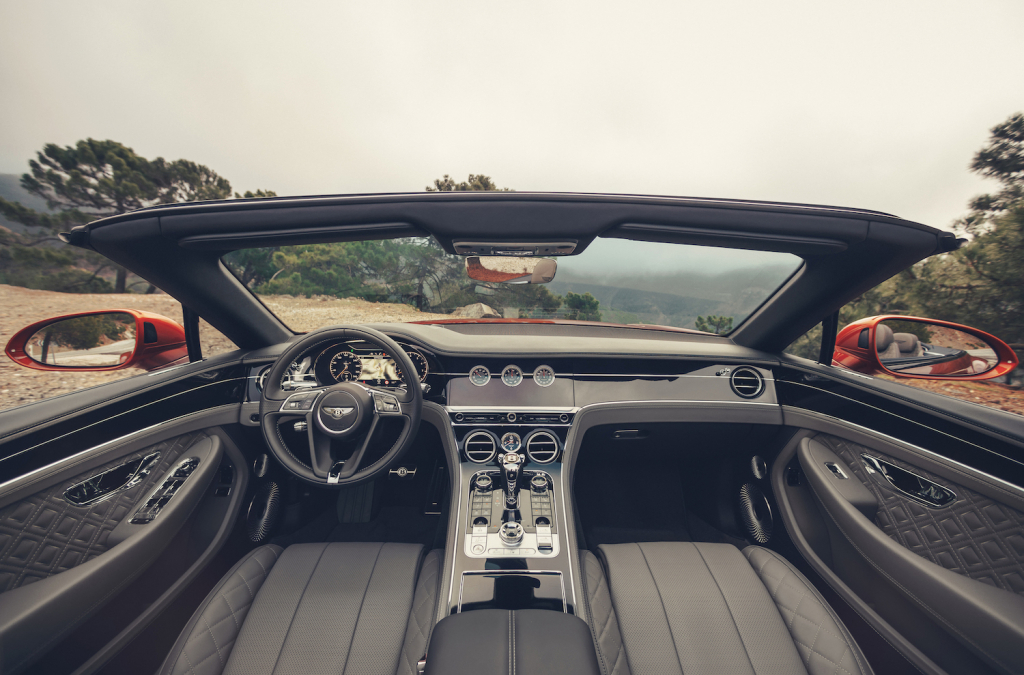 Despite the fact that the convertible body-in-white is now 20 per cent lighter and five per cent stiffer, the Bentley GTC still feels like a heavy car to throw into the corner, but it grips and handles better than ever before.

Floor the throttle and there’s a deep, guttural grumble from the tailpipes, the 0-62mph dash dispatched in just 3.8 second and on to a maximum top speed of 207mph. 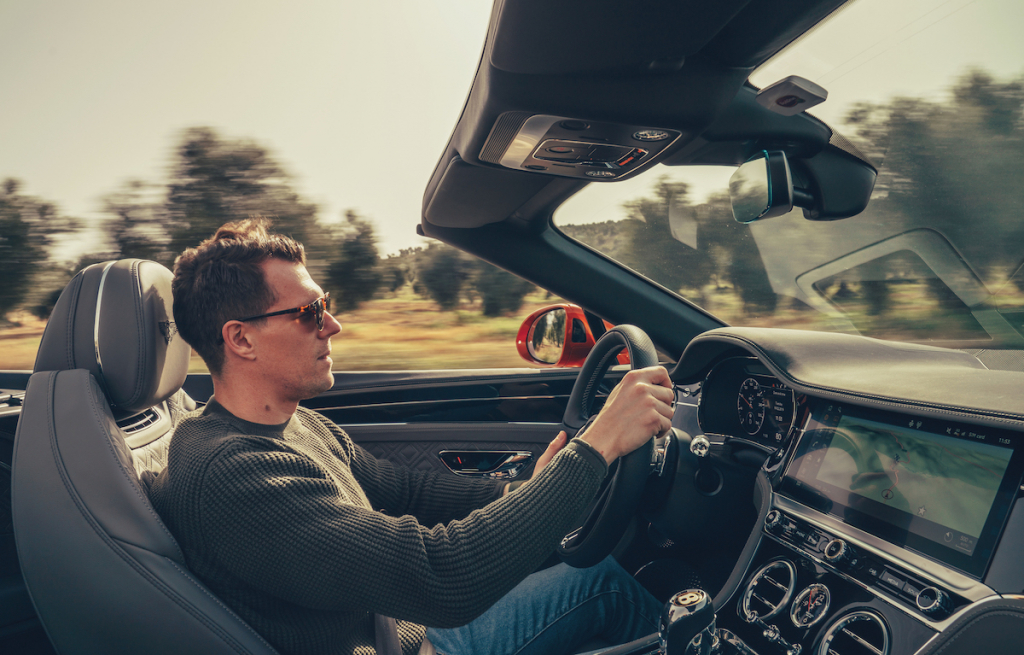 We didn’t get anywhere near that figure, but wind buffeting is carefully controlled at high speeds thanks to a simple wind deflector in the rear and some clever aerodynamic design.

With brakes hot and pulses racing, we pull into the stunning surrounds of Palacio Montellano – a former summer residence of the Duke of Pilares and his family. Set in the middle of mature olive groves, it feels like the perfect place to grab a coffee and pretend we could actually afford the car parked out front for a few, happy moments. 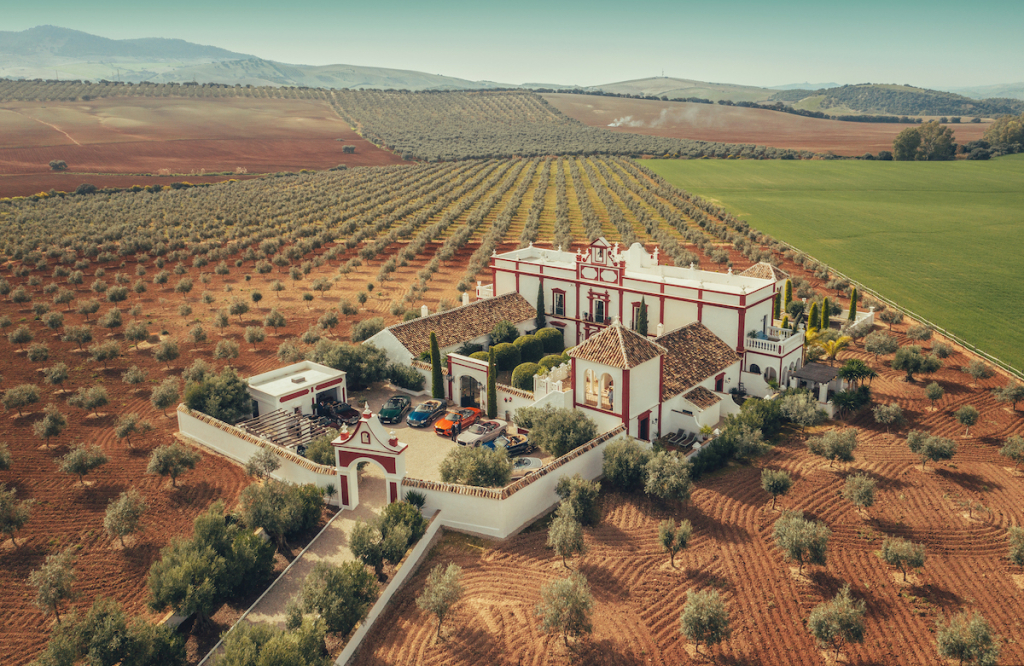 The daydream is broken by a man offering samples of the local olive oil, one of which is infused with orange zest and is poured all over a slab of chocolate cake. Welcome to the bizarre but ridiculously tasty world of the billionaire. 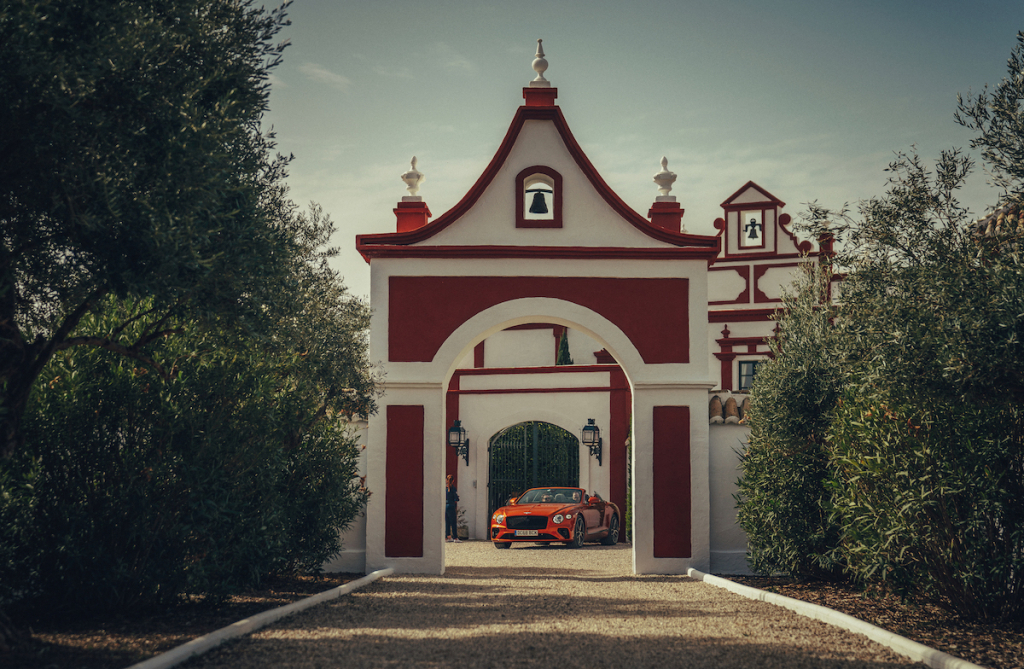 The latter is absolutely essential for anyone thinking of placing a deposit (lucky you), as the clever veneer spins to hide the infotainment screen, revealing three gorgeously appointed clock faces or perfectly book-matched wood for the ultimate in dashboard cleanliness.

“With the roof up, wind and road noise is pretty much banished from the cabin thanks to a fancy new fabric construction”

In short, the interior is a sublimely comfortable and satisfying place to while away the miles, with multi-zone seat warmers and a new and improve neck-warming system making convertible motoring comfortable, no matter the weather. 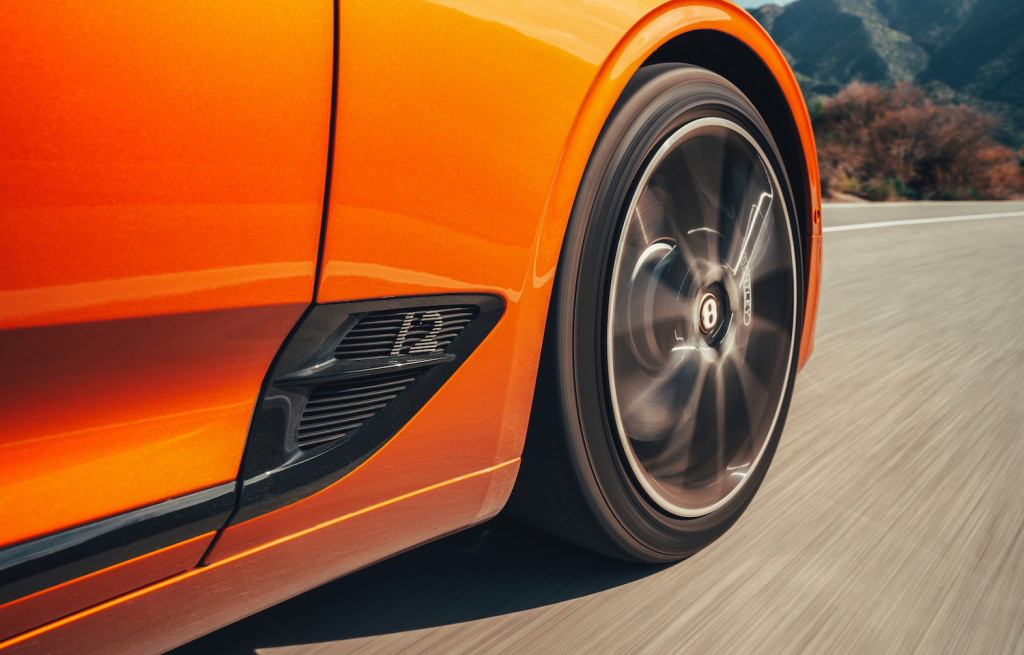 The next stretch of blacktop takes us around the Sierra de Hornachuelos Natural Park and towards some brilliantly sweeping, clearly sighted corners that compliment the GTC’s abilities.

“It feels like the perfect place to grab a coffee and pretend we could actually afford the car parked out front for a few, happy moments”

Push the car too hard and interior occupants know about it. The sheer weight of the thing means it doesn’t feel like the most athletic performance cars on the market, but ease back slightly and it’s possible to cover great distances rapidly and in great comfort. 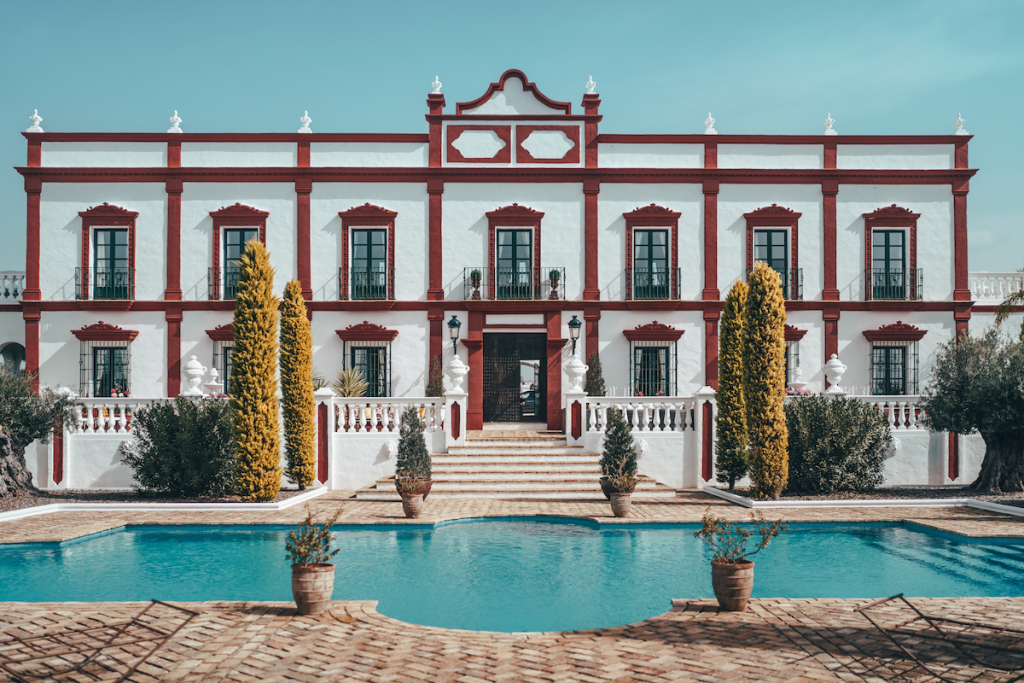 The gigantic W12 engine burbles and bellows every time the throttle is lifted and this final stretch of flowing roads towards our final stop at the boutique hotel Casa Vesta is by far the most enjoyable yet. The scenery is stunning and the open-top driving experience heightens the senses.

Plates of perfectly barbecued pork are consumed before it is time to hit the motorway systems and towards the return flight back to normality. One final cruise around the historic streets of Seville draws many admiring glances from the locals and tourists alike. 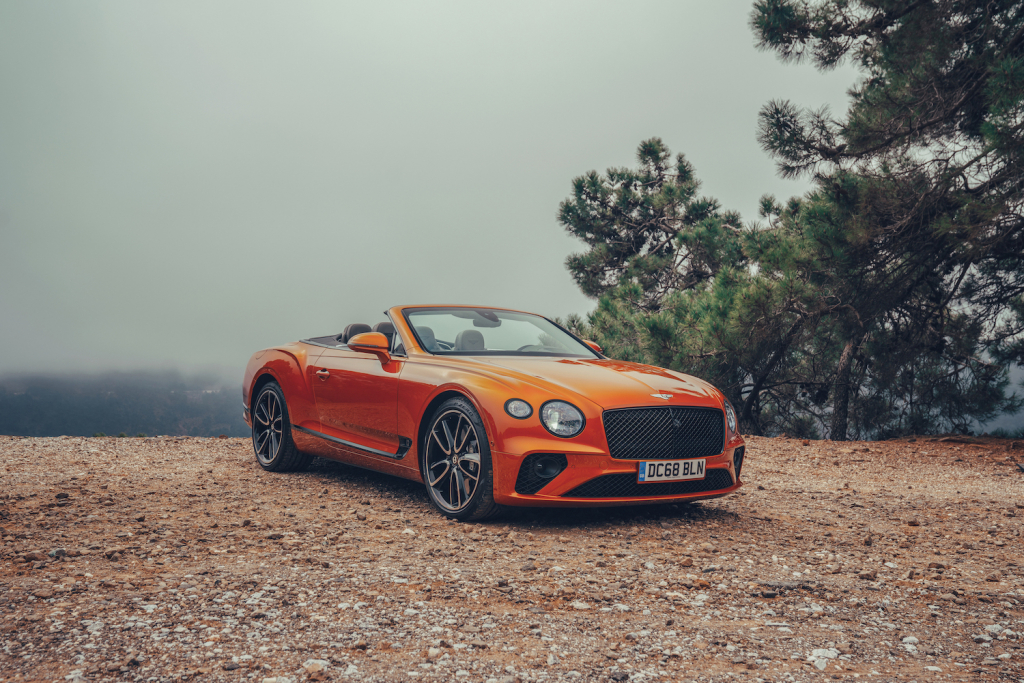 Powerful, understated and elegant, this is by far the most accomplished generation of Bentley Continental yet and this convertible version doesn’t let the side down. Expect see many of these cruising the streets of Marbs in the months to come.

To helles and back with Mazda Classic Challenge