Take a glance at the updated Toyota GT86 and you may struggle to see where the 2017 model year edition differs from the previous version. Don’t worry though, the design and engineering offices in Aichi Prefecture haven’t been struck with an outbreak of complacency.

The original GT86 was close to perfect and Toyota has realised this with the mid-generation refresh, choosing to make small tweaks rather than wholescale changes.

However, in a rapidly changing (and ever more competitive) marketplace, has the Toyota GT86’s gentle evolution managed to keep pace with its rivals? A Flat-Out test drive is the only way to find out… 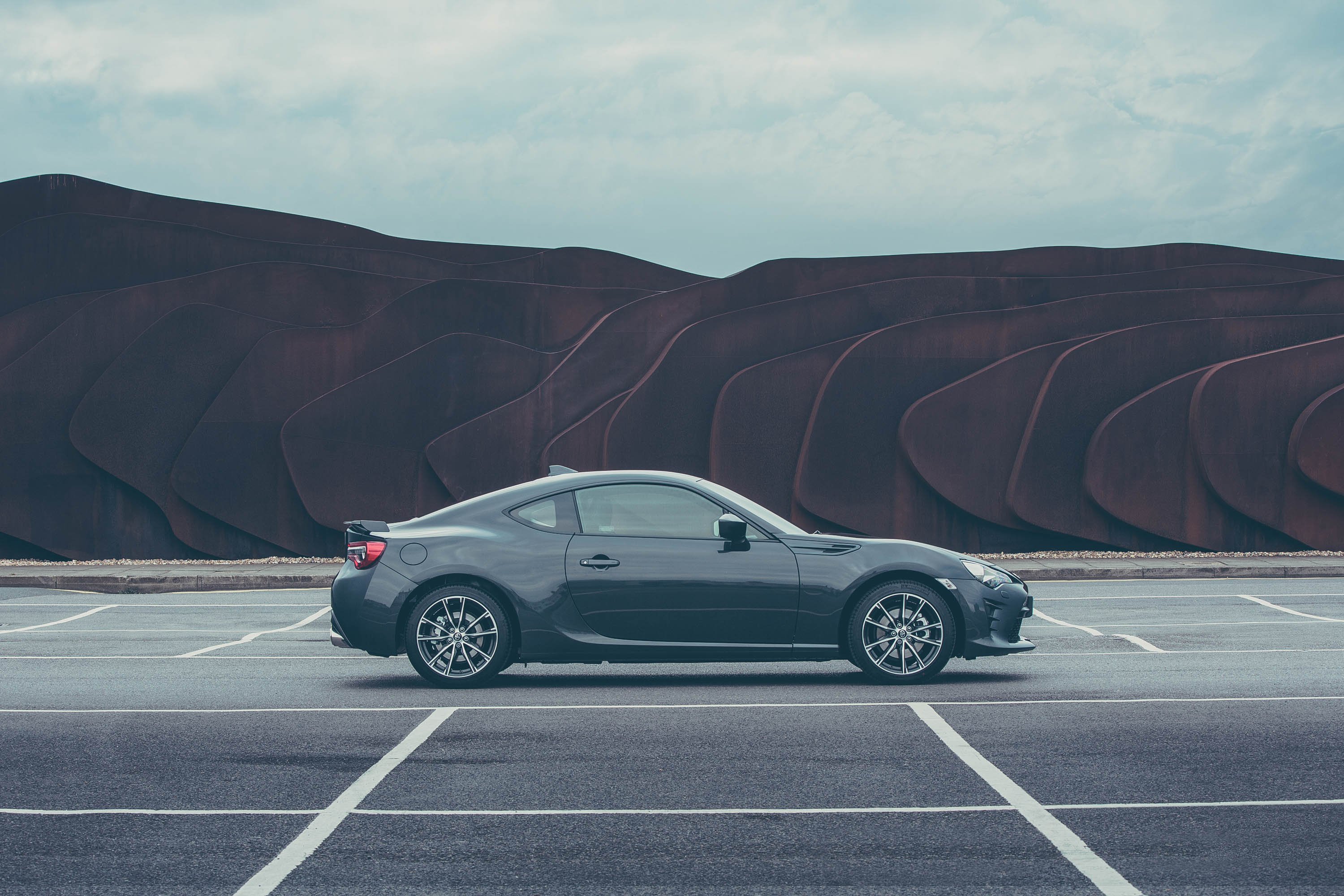 Only the most discerning eyes will notice the detail changes to the 2017 Toyota GT86’s styling however, despite barely deviating from the original design, the slight aesthetic alterations certainly sharpen up 2.0-litre sports coupe.

The front bumper has – as with all facelifts – had some work, with some extra chiselling on the integrated spoiler giving the whole car a slightly more aggressive look. The addition of two fins beneath the grille also helps to improve the GT86’s aerodynamics. It’s more than just a pretty face. 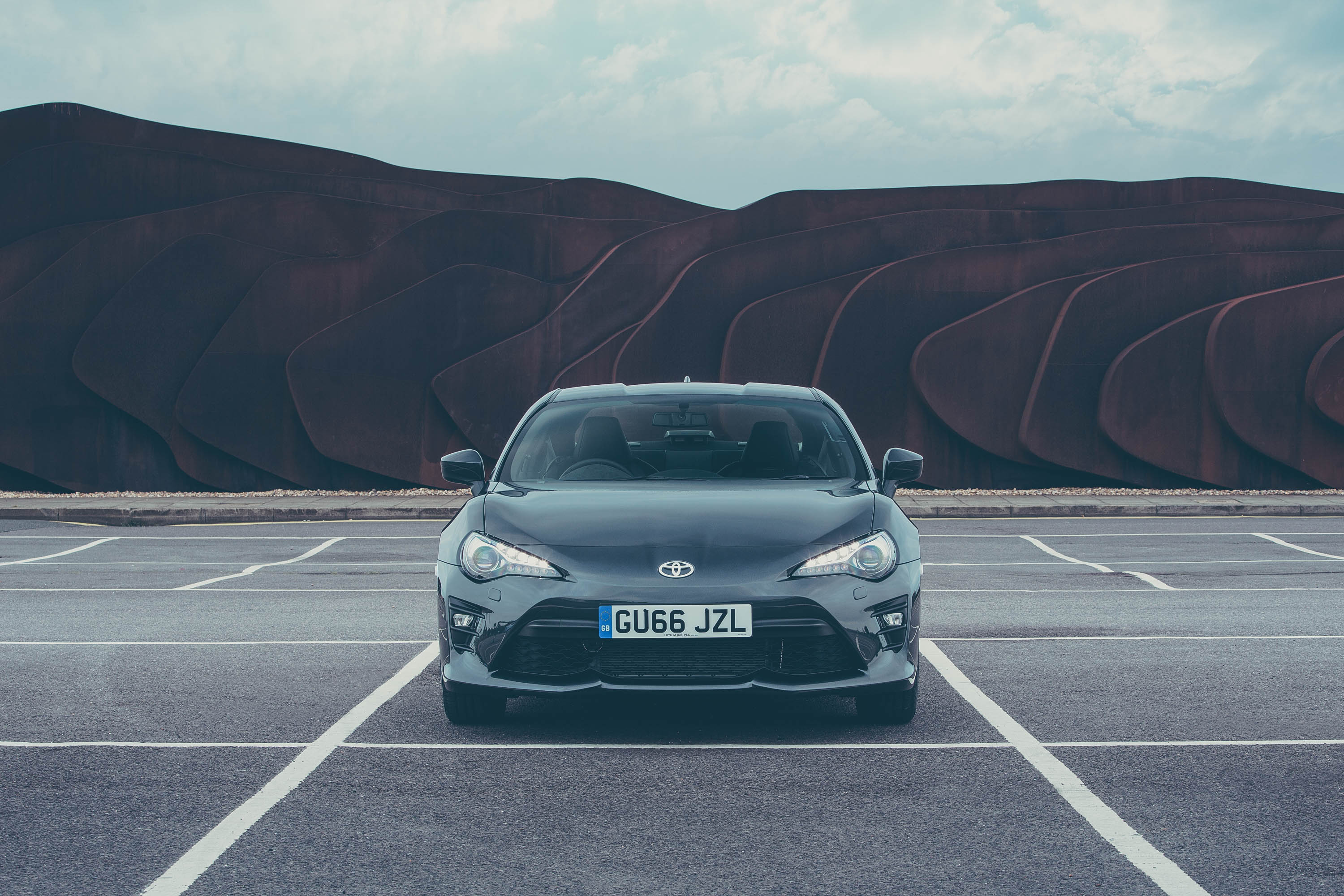 LED headlights replace the old units too, with integrated indicators and daytime running lights thrown into the mix for good measure.

The redesigned 17-inch alloys may still look a little too small for the Toyota’s arches (they bring benefits in other areas) and the twin tailpipes may be comically large but, despite this, the GT86 still makes for a very appealing aesthetic proposition.

Upgrading to the GT86 Pro package only serves to help the car’s look too, adding a tasteful rear wing and a smattering of interior upgrades. 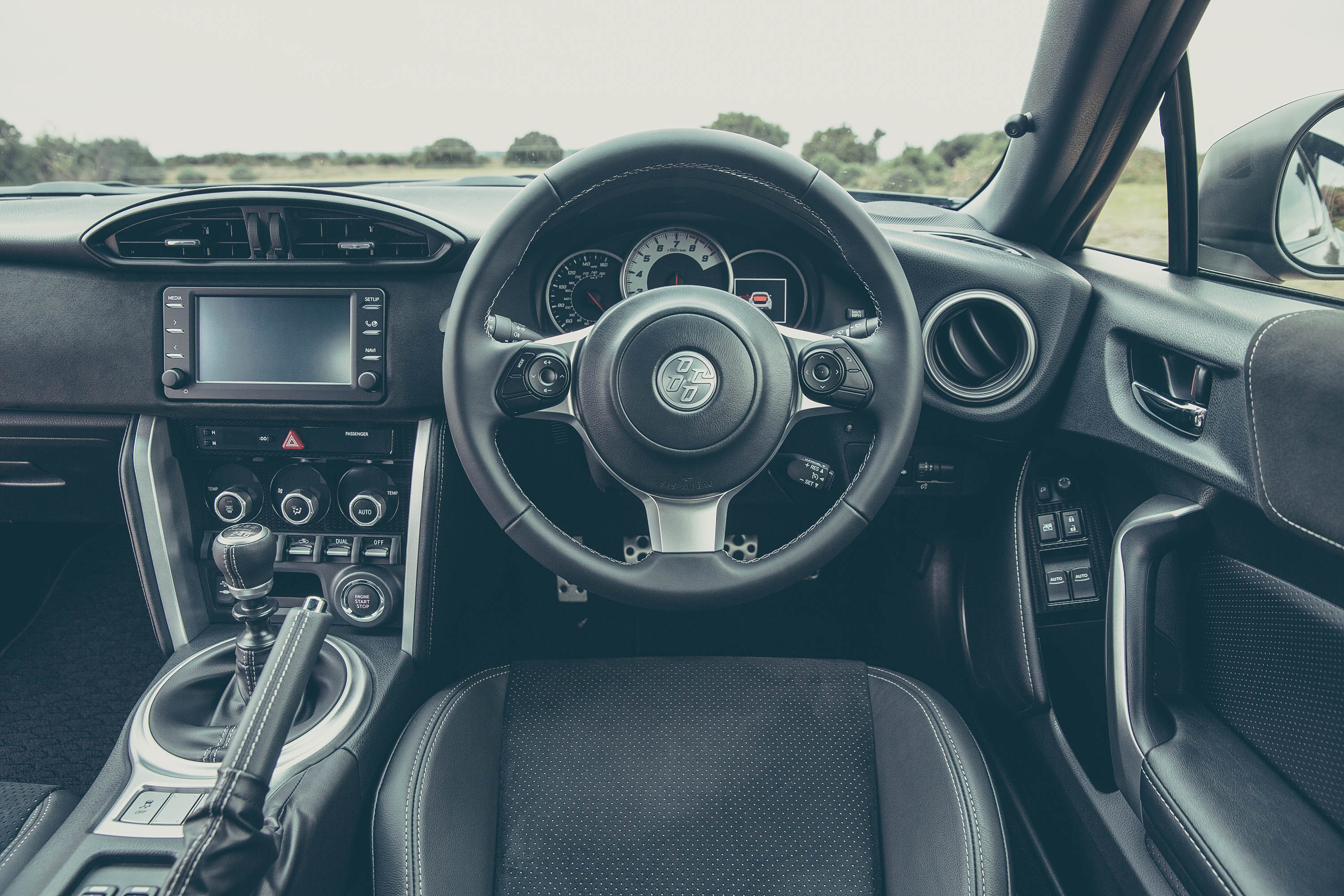 The GT86 gets figure-hugging, full-leather seats as standard however, ticking the ‘Pro’ adds Alcantara centre trim for an especially racy vibe, the Suede-like trim also added to the door cards and dashboard on the top spec coupes.

While not quite on par with the Germans, the quality is not far off. The GT86’s cockpit is undoubtedly a pleasant place to while away the hours, although it would have been even better if the steering wheel sat even higher; for our six-foot-plus frame it felt a little too close to our knees, even if the 2017 model gets a smaller diameter unit. 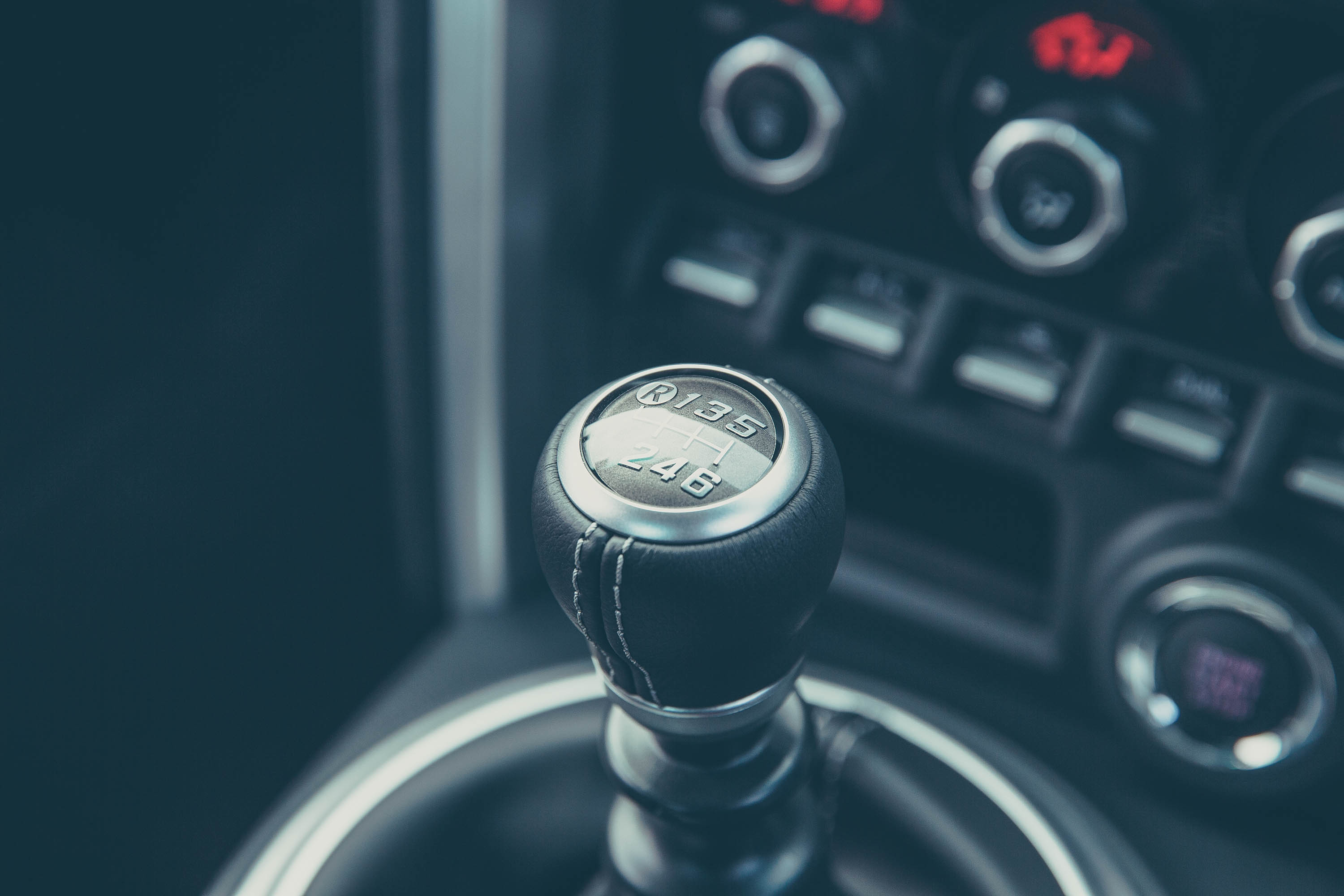 On the tech front, the Toyota GT86 isn’t really about the latest and greatest connectivity or autonomous drive capabilities. The new multimedia system (including the optional navigation system) is simple to use and does all the basics well, while the addition of a digital screen to the right of the rev counter adds a few more metrics to impress your mates.

G-force, power and torque are all relayed back to you in real time. There’s even a stopwatch function if you fancy yourself as a bit of a track hero. However, the real appeal of the GT86 is in the way it drives out on the open road.

Sublime. If you had to describe the Toyota GT86’s handling in one word that would be it. Of course, you want to know a little more than a single superlative though, don’t you?

The original GT86 was mightily impressive and, while this 2017 facelift has hardly added to the Toyota’s talents, it categorically hasn’t dimmed its star quality.

While more expensive alternatives (such as the Audi TT and Porsche Boxster) are seemingly obsessed with ever more grip, the GT86 provides a plentiful supply of dynamic thrills at real world speeds. 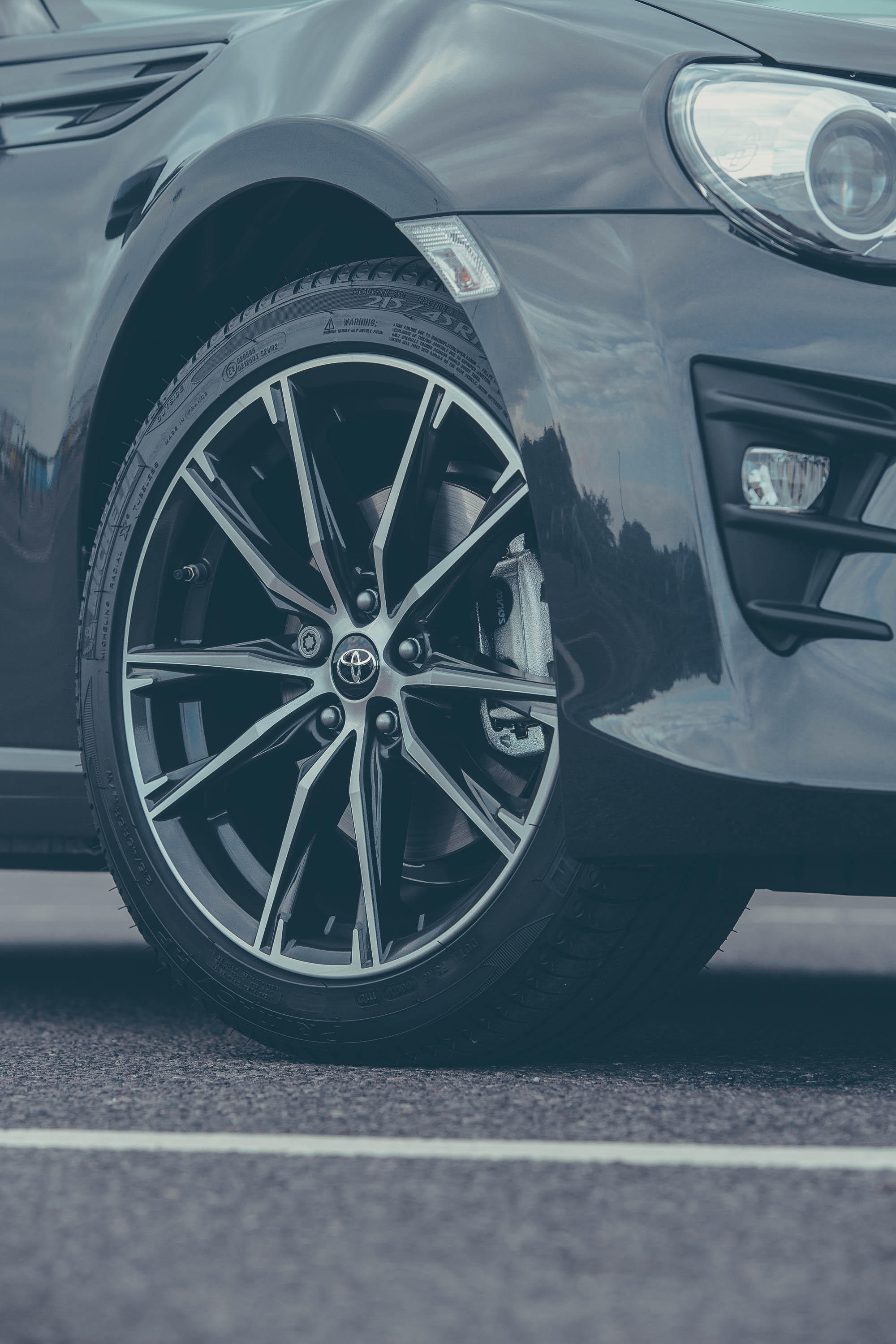 The relatively narrow rubber is taken from Michelin’s standard line-up (there are no Pilot Sport Cups in sight) allowing the car to move around a bit without you having to risk your licence.

With slightly tweaked suspension settings (it feels softer than before), the GT86 requires a gentler approach to your favourite twisting tarmac than, say, a modern hot hatch.

The rear-wheel drive layout means you can’t just throw the car at an apex (unless you want to turn all the stability systems off via the new ‘Track’ mode and try your hand at a spot of drifting). 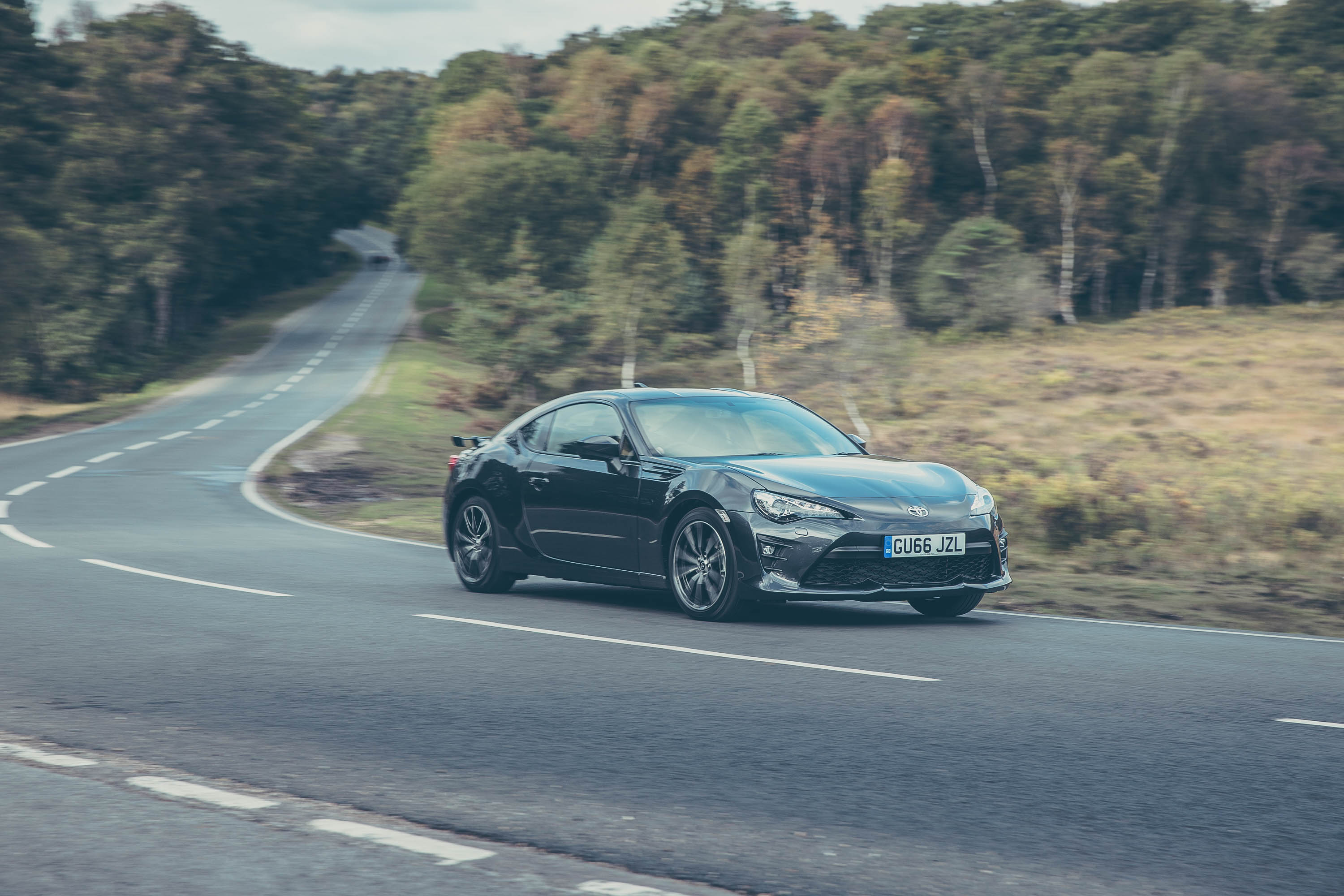 Don’t be put off though. This is not a fearsome beast requiring the reflexes of a rodeo rider to tame. No. Thanks to the superbly weighted steering (you’d struggle to guess that its electrically assisted), you can feel every nuance in the road and the car’s attitude.

The gearbox only adds to the analogue charm. The slick six-speeder may not by quite as smooth as the benchmark shifter from the Boxster but it has a much more positive engagement and an equally delightful short throw, proving that you don’t have to spend big to achieve technical excellence. 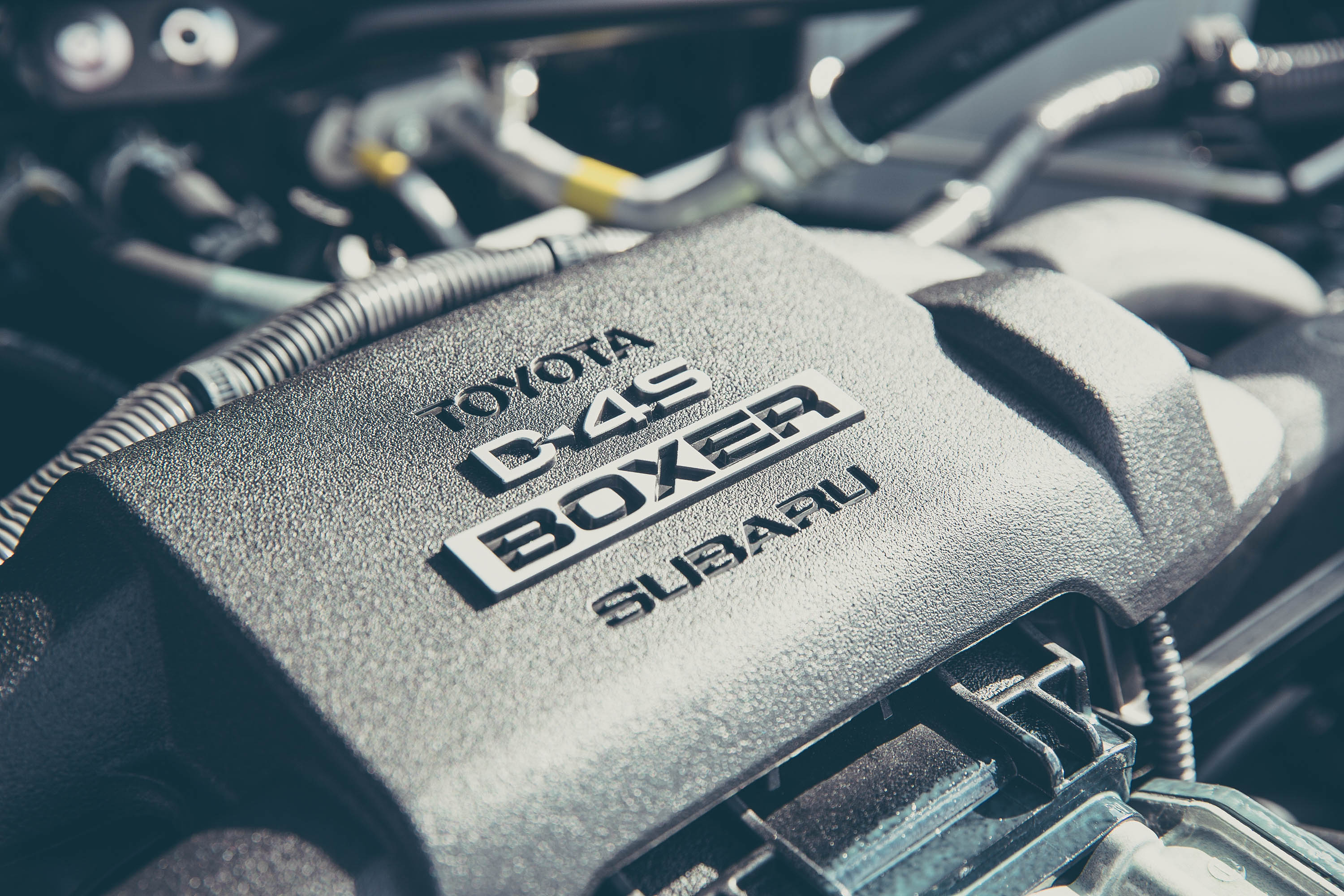 In some circles, there have been near-constant cries for Toyota to give the GT86 a little more oomph but, although it’s true that the 200hp flat-four motor (built by Subaru) is hardly the most potent powerplant around, more power would undoubtedly spoil the GT86’s purity.

Unchanged since the car’s 2012 launch, the latest GT86’s engine provides just enough shove, allowing you to kick the tail out with complete confidence (especially in the damp and wet conditions we always seem to ‘enjoy’ in the UK).

If we have one grip it’s that it doesn’t sound the most exciting, especially in the mid-range. Like most four-cylinder boxers (the Boxster included) it’s a bit coarse, though the Toyota does get a bit more aural if you take it all the way to the heady 7,500rpm redline. Maybe for the next generation we can get something a bit more fruity sounding, eh Toyota? 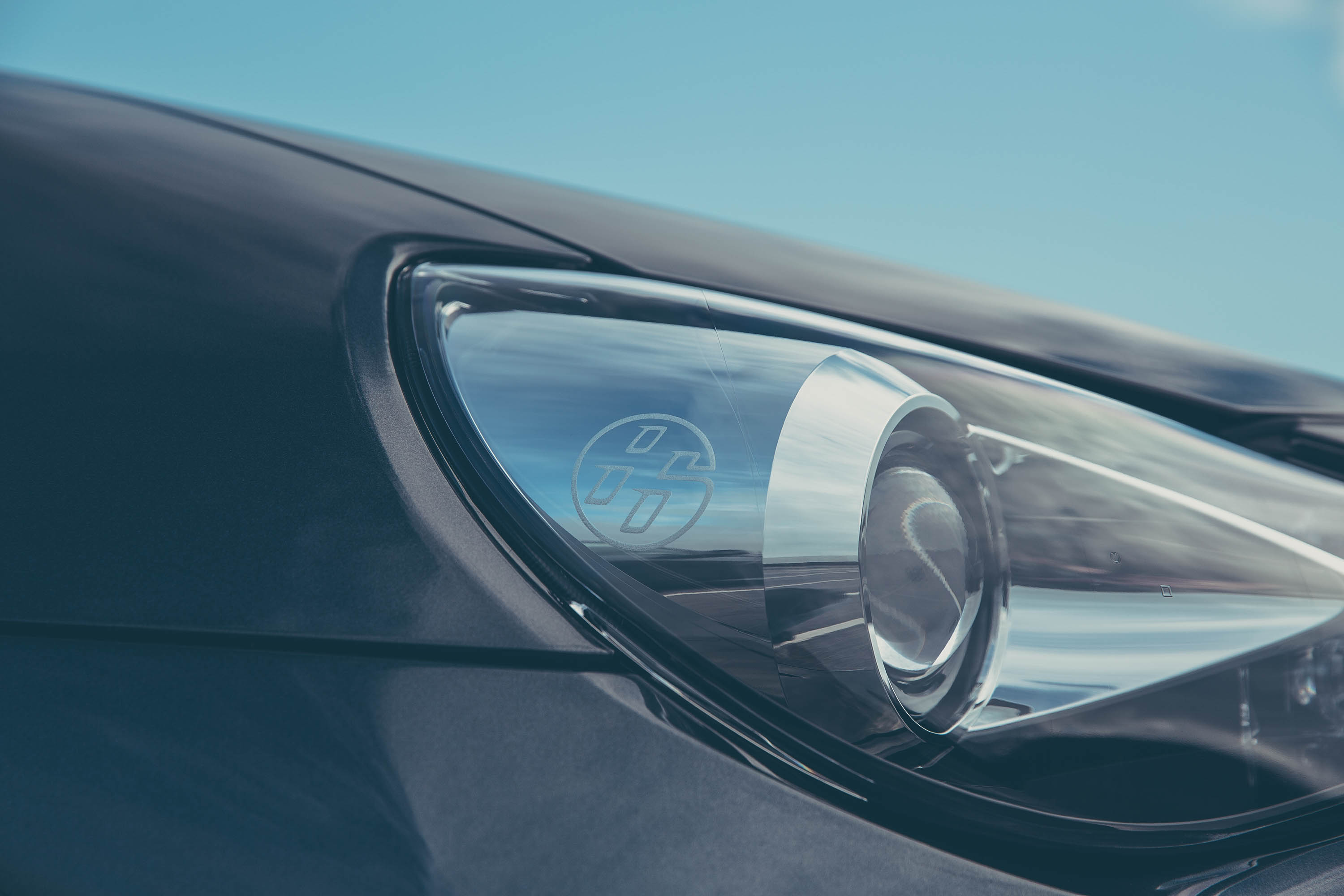 Toyota may have intended the GT86 to be the purest driving experience around but the coupe is also a respectable day-to-day proposition. Those 17-inch wheels help to provide a remarkably comfortable ride, while the boot is plenty large enough to take a few large airline cases (just don’t expect any real legroom in the rear seats).

That naturally aspirated engine is surprisingly frugal too. Turbocharging may be good for headline figures but, pushed hard in the real world, the GT86 was more than a match for the latest hot hatches in the economy stakes.

Starting at £26,855, it’s a fair bit cheaper than stuff like the Volkswagen Golf GTI too and, despite not being as quick 0-62mpgh, it’s every bit as thrilling.