Once upon a time, the humble hot hatchback kicked out 110bhp and sprinted from 0-60mph in sub-eight seconds. If you owned a Peugeot 205 GTI or a Ford Escort XR3i, you were practically untouchable. It was groundbreaking.

Today, the recipe for a potent everyday hatchback is very different. Horsepower is up to face-melting levels, performance figures can shame most sports cars and the styling (we are looking at you Honda Type-R) is borderline cartoonish.

The modern world is a wonderful place if you like your cars petite but powerful and very little comes close to the package offered by the Golf R. 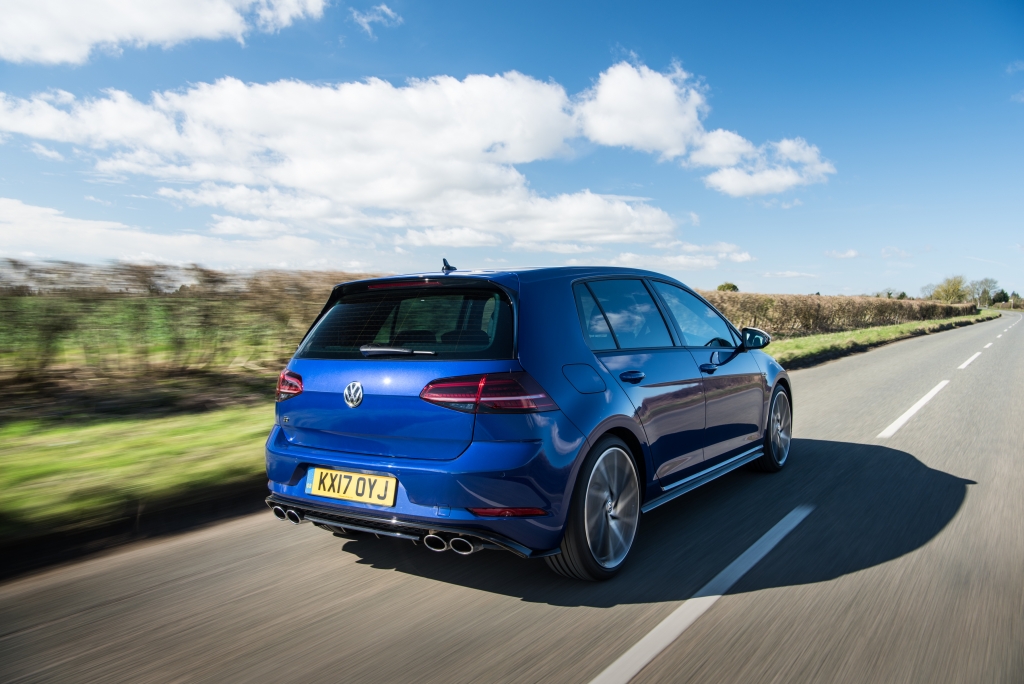 This year’s mildly refreshed variant now sees power from the tried-and-tested 2.0-litre TSI petrol engine boosted to 310hp, the 0-62mph sprint now takes just 4.8 seconds when the DSG gear box is specified, a peak torque figure of 400Nm is delivered between 2,000-5,400rpm and the top speed is electronically limited to 155mph.

We’ll give you a few moments to digest those numbers. They are bloody ridiculous.

“There’s a deep, guttural growl with every throttle lift, which has a whiff of scaled-down W12 Bentley Continental GT about it”

But unlike some of its stupendously powerful rivals (Mercedes A45 AMG, Ford Focus RS), the Golf R manages to wear these figures well and this is down to the unbelievable levels of grip afforded by the 4Motion all-wheel-drive system. 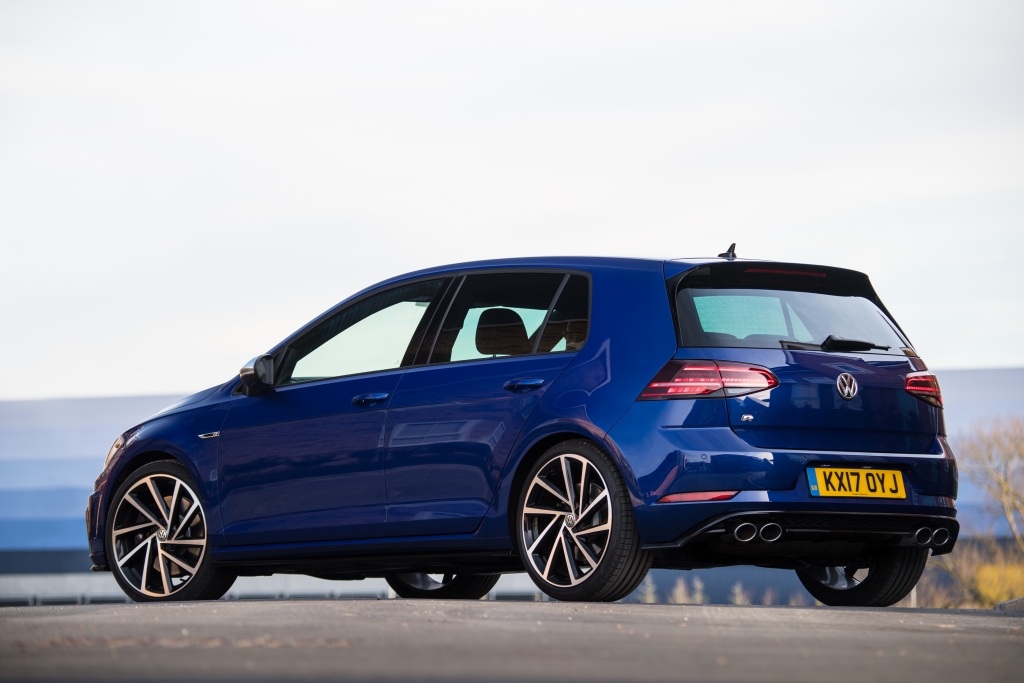 For example, if you jump into its little sister, the new Golf GTI, you’ll note how much lighter it feels compared to the R, while the front-wheel-drive layout requires a fair bit of juggling from the driver to extract the most from the performance it offers.

There’s a touch of under steer when pushing on, the car bounces and skitters across the Tarmac and the driver comes away with the adrenal gland well and truly pumping.

Despite wearing a vaguely similar badge, Golf R is a different beast entirely. Attack a familiar route and you’ll soon realise there’s no need to stamp on the anchors when approaching that tight left-hander, nor wait a moment for the car to settle before winding on the throttle. 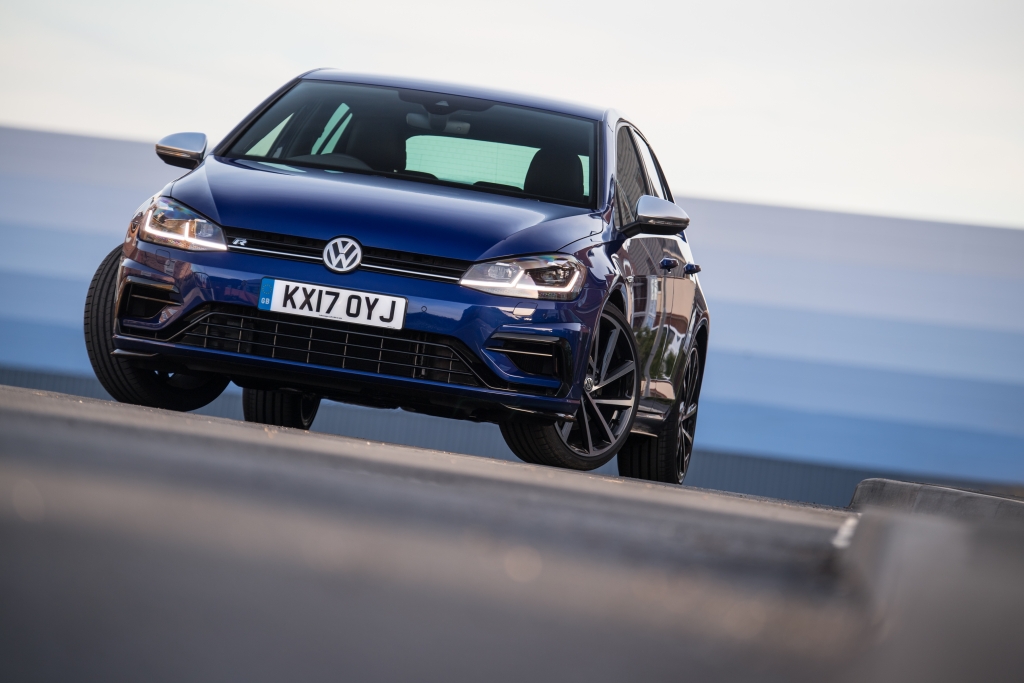 There’s so much grip that it’s possible to turn in and apply the gas almost immediately, with the Golf R sling-shotting out of corners at kidney-crushing pace. It’s insane. And addictive.

The soundtrack is good, too. Naturally, there’s some synthesis trickery going on, with the exhaust note artificially piped into the cabin, but the bellow of the overrun never gets tiresome. There’s a deep, guttural growl with every throttle lift, which has a whiff of scaled-down W12 Bentley Continental GT about it.

“Pair a smartphone, listen to Spotify, enquire about the weather, check local fuel prices, locate your nearest hotel or switch it all off and go banzai on a B-road”

However, the Golf R’s major trump card is its ability to settle down into the role of family workhorse/commuter machine when required. 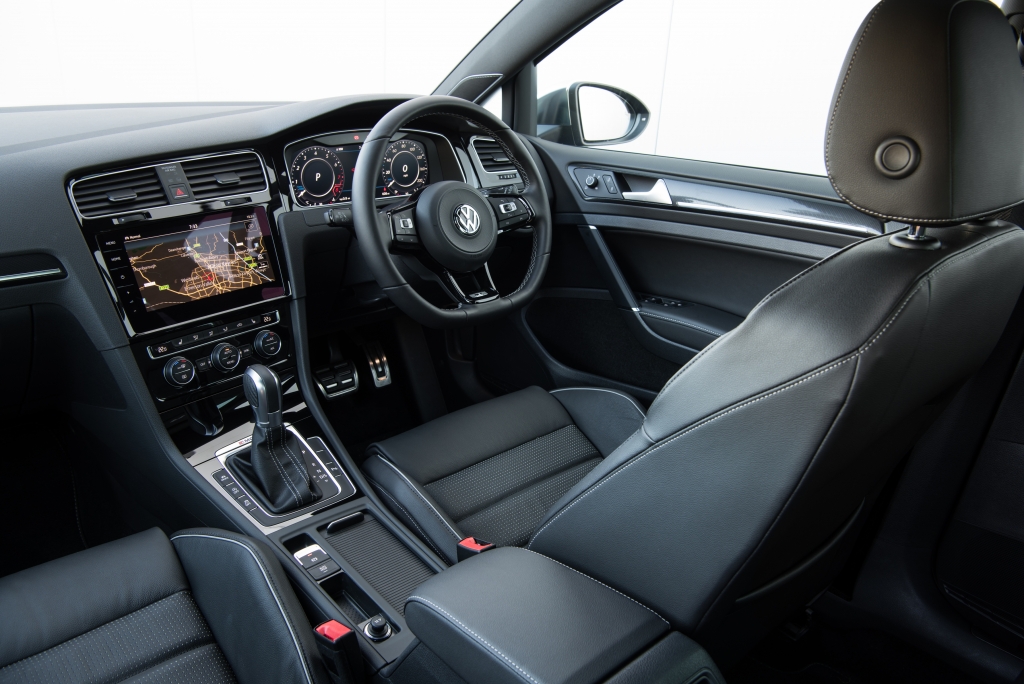 Cruise at motorway speeds and the typical VW build quality prevails. There’s little wind noise, the ride is impeccable and the steering perfectly weighted to the mundane hack around the M25.

Inside, there’s the option of full leather seats (the front pews designed to offer plenty of sporty support), an 8-inch touch-screen comes as standard, while customers can now option the new 9.2-inch Discover Navigation Pro with gesture control and bags of online connectivity.

Pair a smartphone, listen to Spotify, enquire about the weather, check local fuel prices, locate your nearest hotel or switch it all off and go banzai on a B-road. 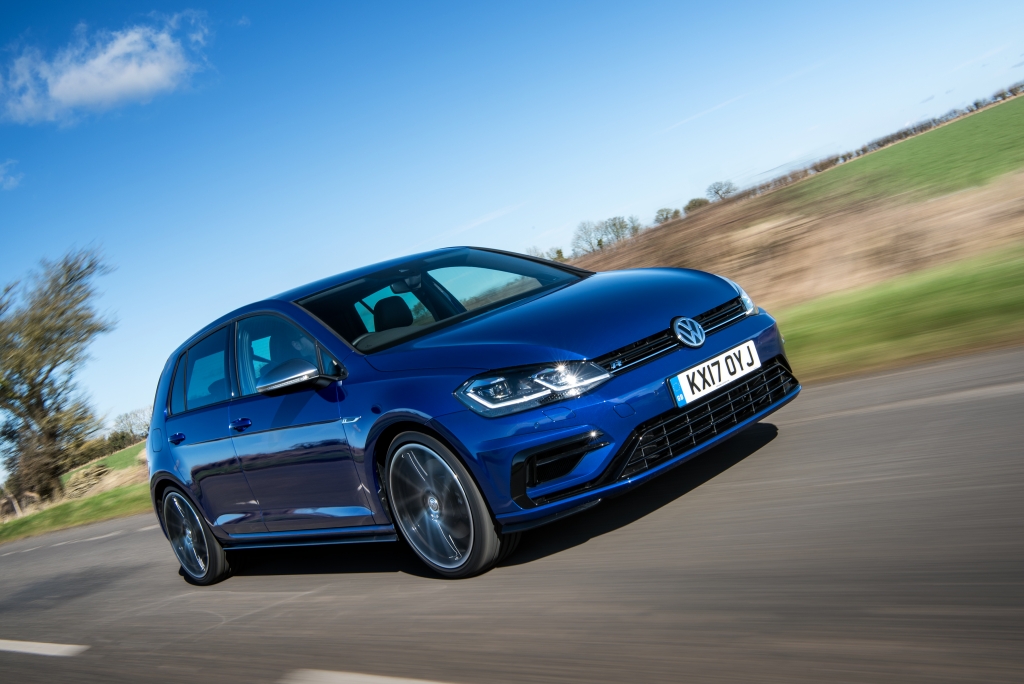 Plus, the five-door variants are as practical as any other Golf in the range, meaning you get a decent boot, ISOFIX points in the rear and all the semi-autonomous driving functionality you could ever need.

Park a Golf R alongside one of the original 1980s hot hatches and it’s very difficult to spot the lineage but it is there. The formula of unrivalled practicality, punchy performance and understated looks remain, it’s just been turned up to 11. 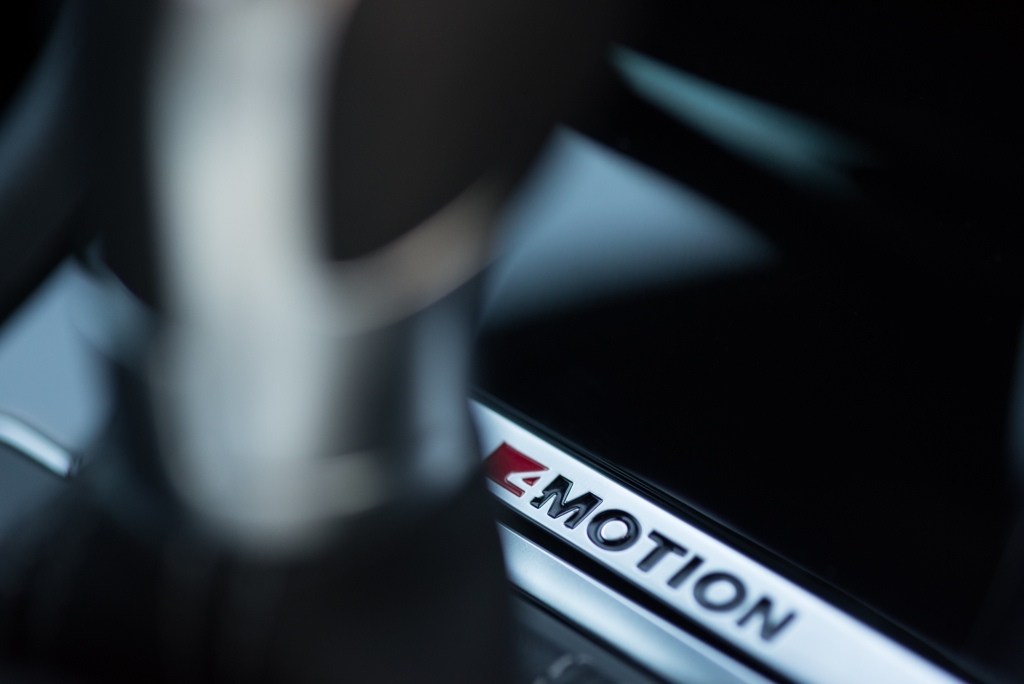