The internet was ablaze with comments damning the new look of Jaguar’s beloved F-Type, with its sharper front end and slimmer headlights coming under fire for moving too far away from the curvaceous Ian Callum design that stormed onto stage back in 2013.

But the car industry moves quickly and even relatively recent F-Types were really starting to show their age, particularly inside, so the British marque did the right thing and gave its flagship sports car a thorough makeover. To these eyes at least, it still looks absolutely phenomenal in the flesh, with ample modern flourishes at the front end leading to a relatively unchanged silhouette and rear. It’s a little less smiley and slightly sharper and more aggressive to behold in a rear-view mirror. An F-Type in a mood, if you will. 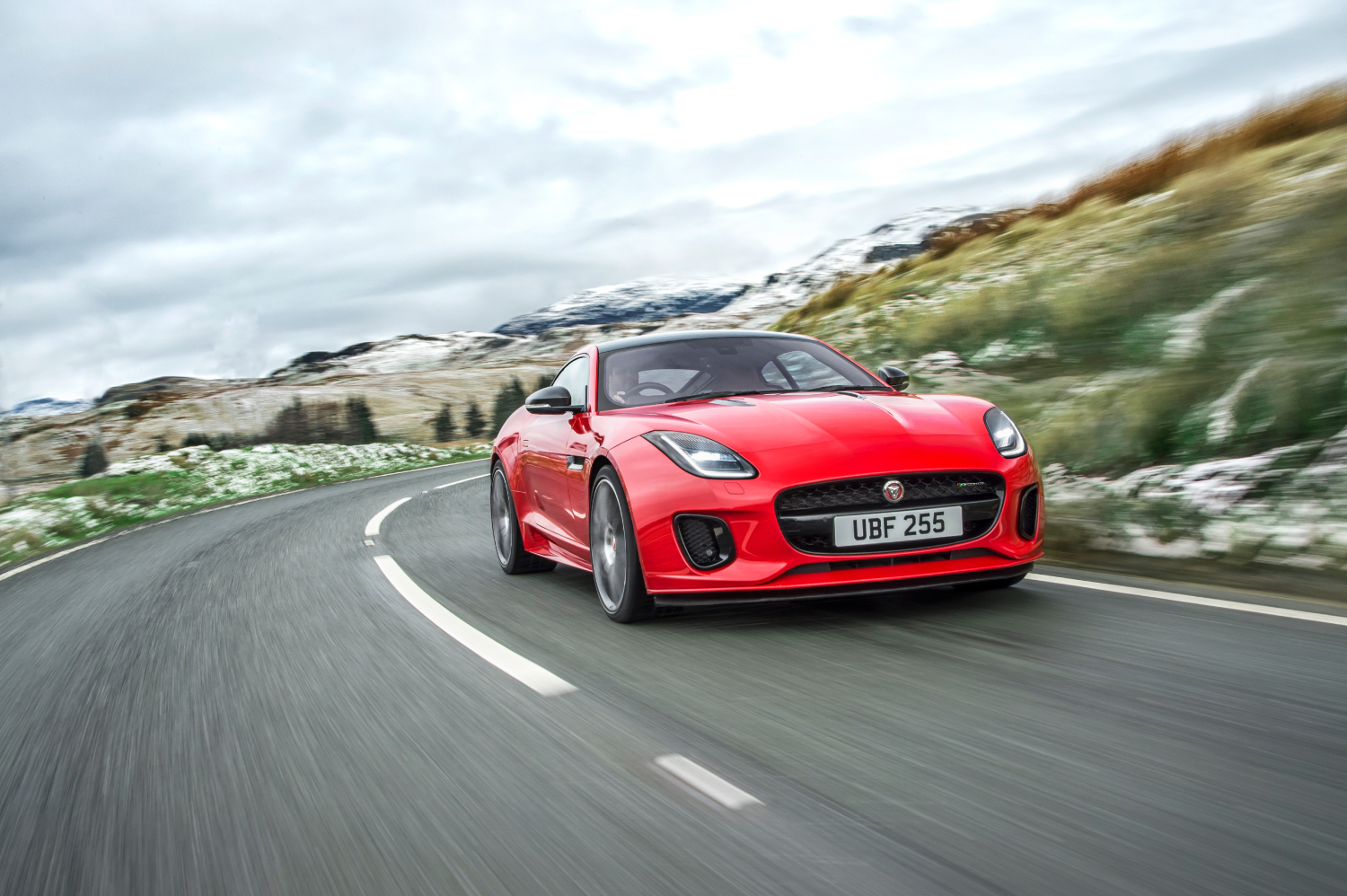 Inside, things have moved on at great pace, with an all-new infotainment system and dazzling digital displays replacing tired old instrument panels. The V6 engine has also been booted off the team, which is a shame considering it was a firecracker of an engine. But Jaguar has instead replaced it with a V8 that comes in two states of tune: 450hp in the P450 and 570hp in the fire-breathing, range-topping F-Type R.

Kicking off the range is the car driven here. The most affordable P300 model, which comes with a 2.0-litre, four-cylinder engine that delivers, you guessed it, 300hp.

Throaty, fun and not disgustingly thirsty when it comes to fuel economy, this F-Type might lack a bit of theatre on paper, but could it be the sweet spot in terms of a practical, every day two-seat sports car? 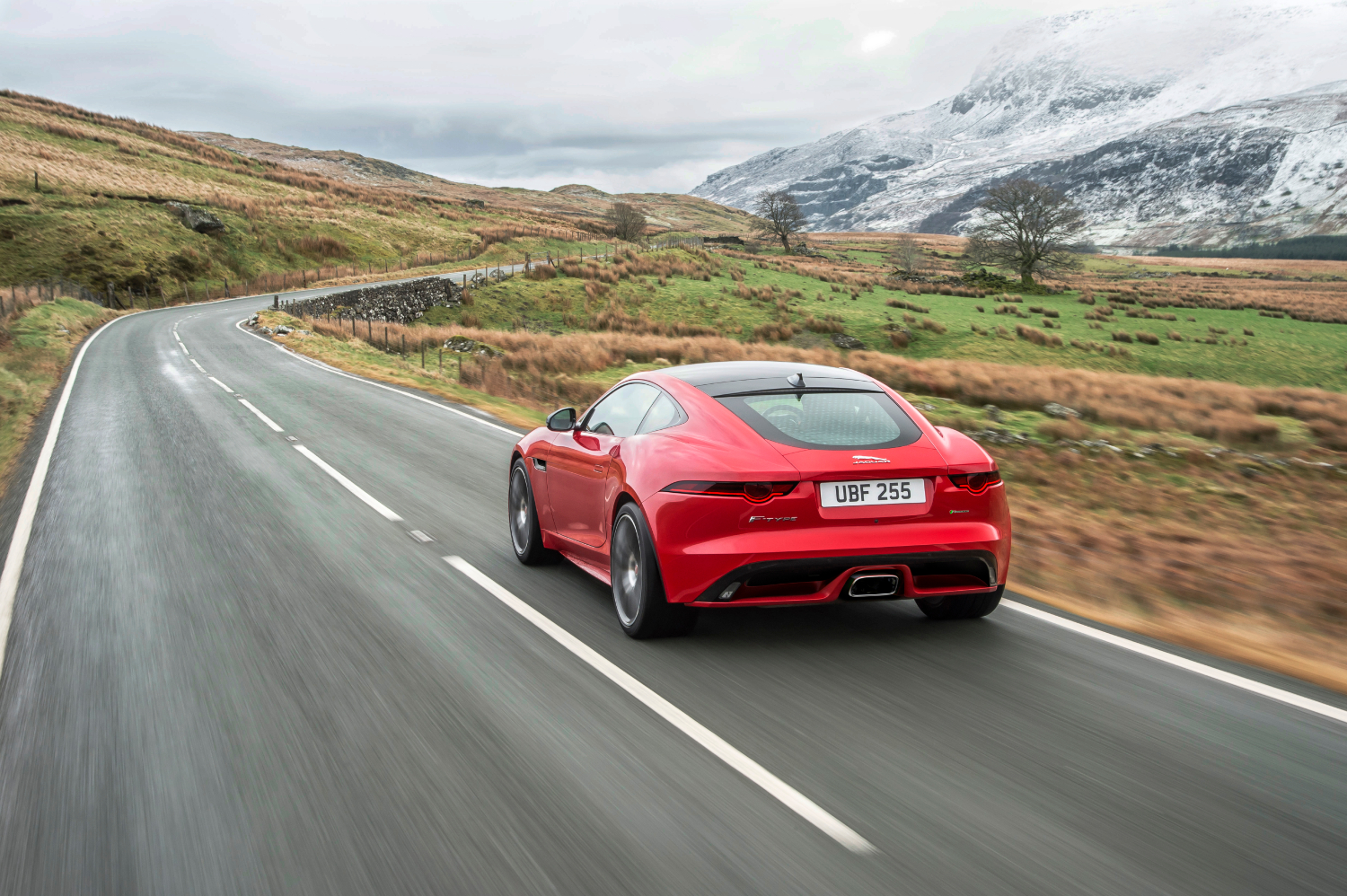 Arguments about the exterior styling aside, the interior is certainly a much nicer place to sit, with cutting-edge digital displays now taking care of infotainment requirements. The main display is now 10-inches in size and uses a new tile operating system, dubbed Touch Pro, to navigate.

It’s still not as good as those offerings from Audi, Porsche and even Mercedes-Benz, with a distinct lag between pressing a menu option and the information actually dialling up. That said, it works seamlessly with Apple CarPlay and Android Auto, which is what most owners end up using these days anyway.

There’s also a new Interactive Driver Display, which shows all of the typical speed and rev information, but it can also be personalised to offer navigational prompts and whatnot. Audi has been doing this with its Virtual Cockpit for years, but now most manufacturers have a variant of sorts. 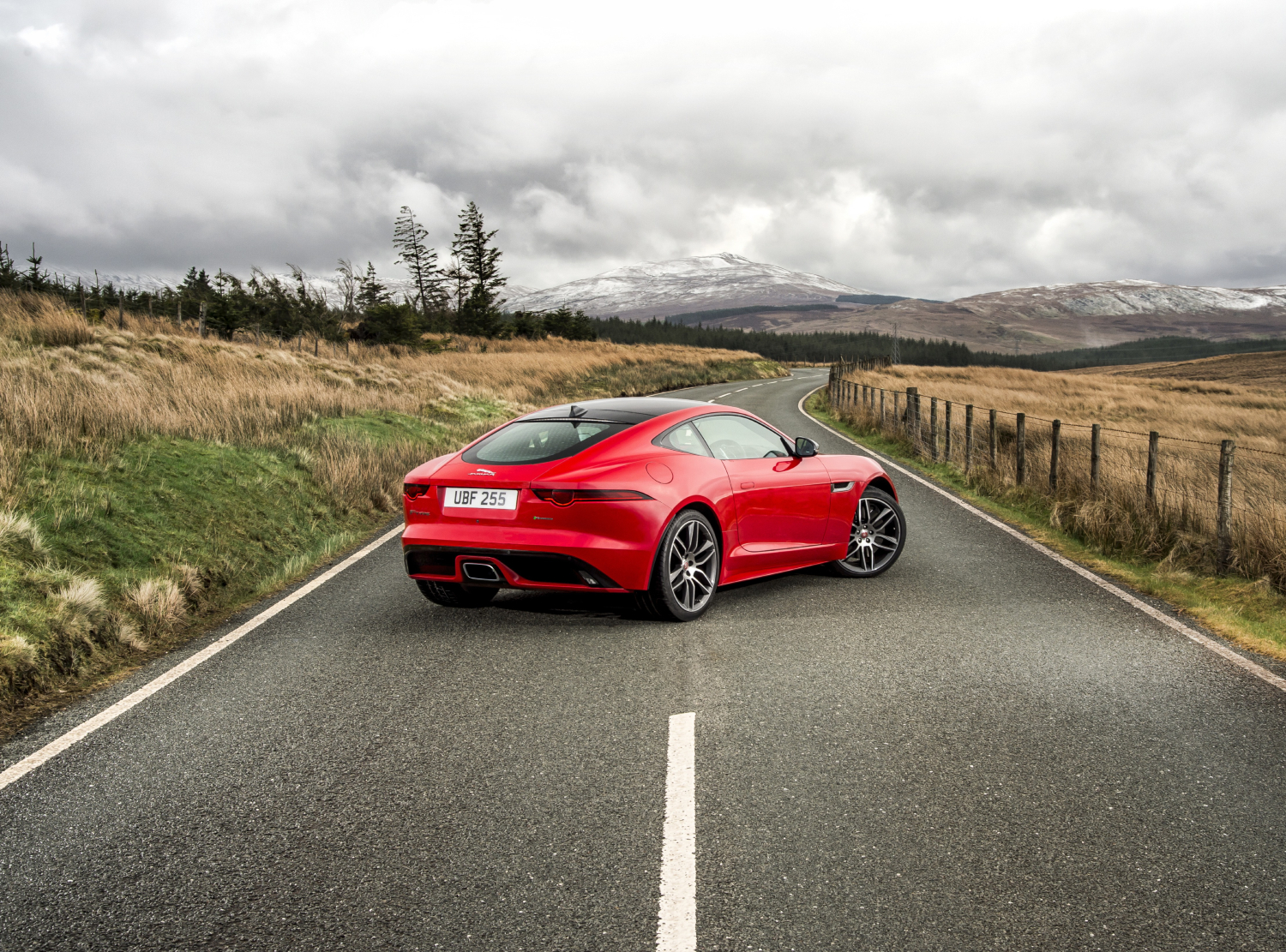 This car, a heavily specced First Edition, featured beautiful aluminium gearshift paddles, a leather steering wheel, cosseting performance seats (also decked out in leather) and suede cloth lining to most of tactile interior surfaces. It felt properly premium inside and worthy of its eye-watering £64,000 price tag.

The exterior is also perfectly proportioned, with a squat rear and heavily flared wheel arches sitting atop 20-inch alloy wheels in this first addition. More basic cars get 18-inch rims, which likely feel a little small for such a menacing motor, but all vehicles ride low, with a front splitter grazing the ground beneath like all good sports cars should.

Practicality is never a two-seater coupe’s strong point, but the Jag feels well equipped for long weekends away and will happily stow a set of golf clubs in the 336-litre boot. The rear hatch neatly opens up most of the back end of the car, making it easy to drop bags and things inside. 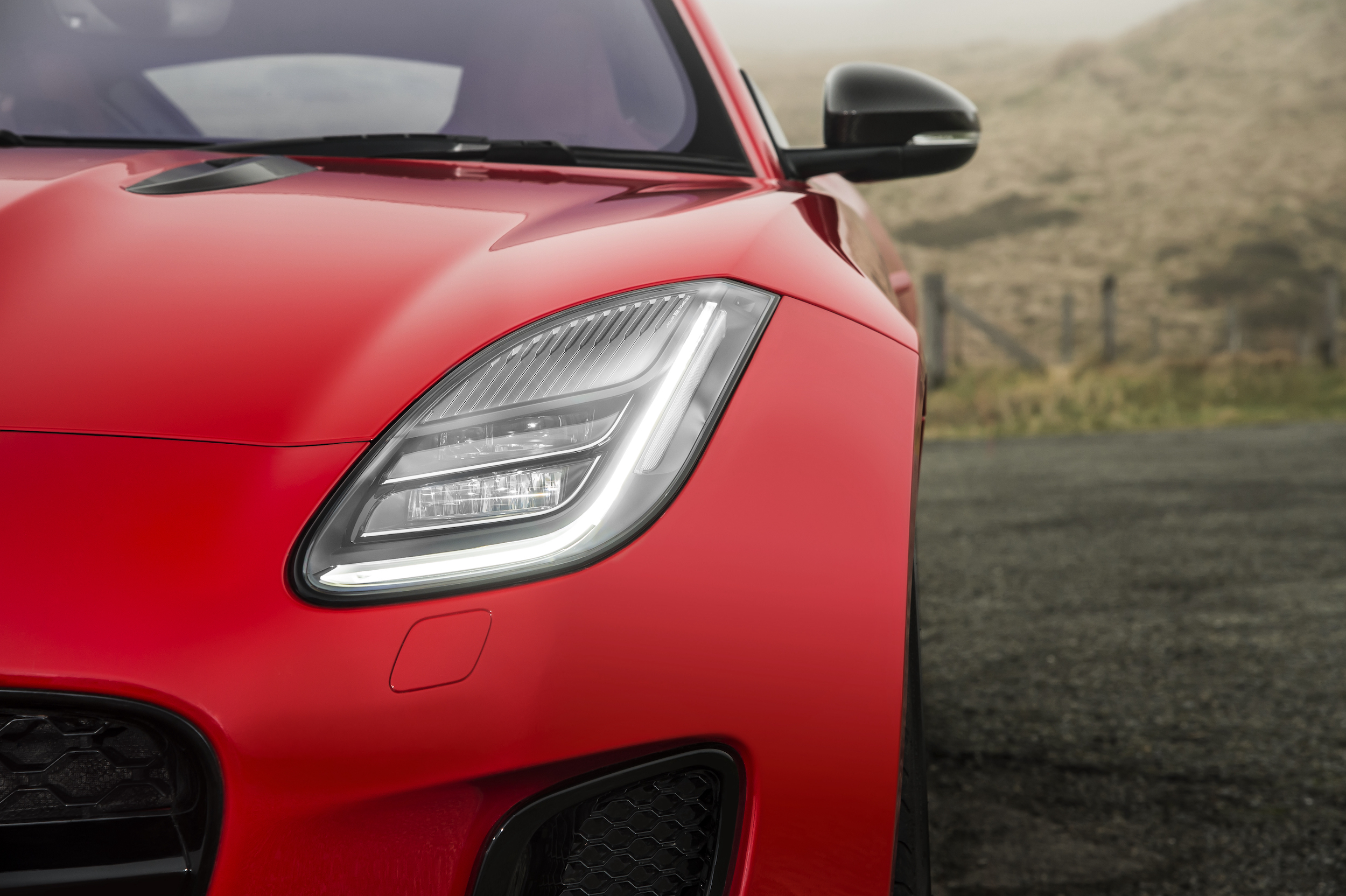 The cabin is also well thought out, with a couple of deep cupholders taking care of coffee on the move and a deep stowage bin that houses USB points for the infotainment system. This happily and safely stowed an iPhone for the duration of this test.

Performance with some practicality

The general consensus among those who have spent time with the new F-Type is that the V8-powered P450 is the one to plump for. Offering the performance of a proper British sports car without feeling quite as mad and unhinged as the range-topping V8s of yesteryear.

That said, there’s still a strong case for the slightly under-gunned 2.0-litre, four-cylinder model as tested here. It can’t compete on the general noise and theatre of the V8, but it still packs enough punch to see the rear-wheel-drive F-Type squirming and slithering undercard acceleration. It feels light and agile too, while the CO2 figures and fuel economy are impressive.

Although many punters buy a sports car of this nature for the sheer thrill and head-turning styling, some actually use theirs everyday. For the latter group, this P300 Coupe makes plenty of sense. Its relatively frugal fuel consumption (officially pegged at 29.2mpg) is particularly apparent on longer motorway journeys, where it’s easy to cruise along in comfort and quiet while the engine does its best to sip petrol, rather than gulp it down. 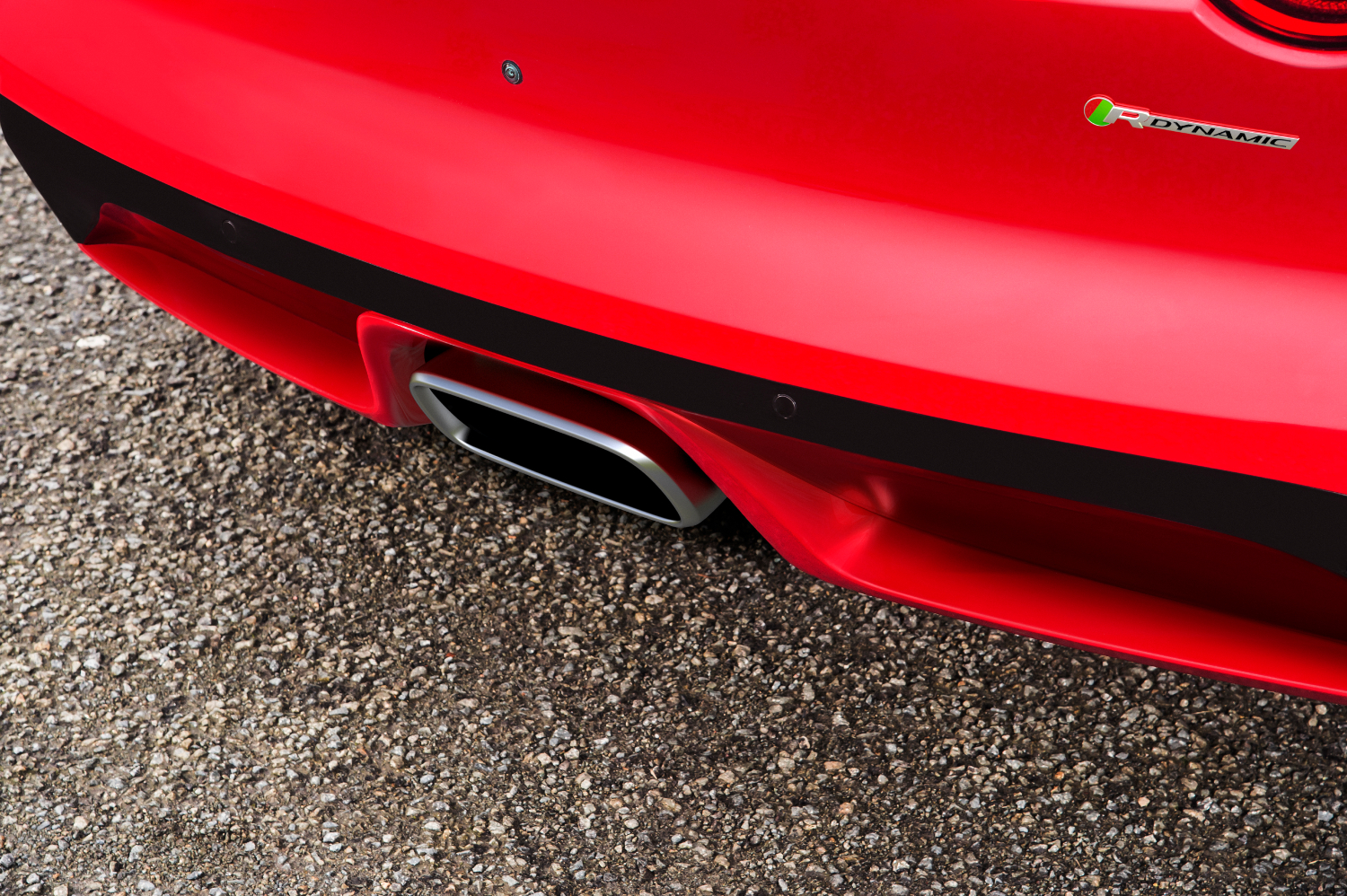 It’s also easy to drive in traffic-laden cities, with the auto gearbox doing most of the hard work and an auto stop/start system ensuring fuel isn’t wasted or excess CO2 isn’t pumped into the atmosphere. The elongated bonnet can make navigating tight underground car parks a bit of an issue, but it doesn’t take long to get used to the F-Type’s proportions.

There was something slightly roguish and loveable about the way previous, overly powerful iterations of the F-Type handled. They had a tendency to eat through rear tyres like a ravenous beast and prove a bit of a handful in wet conditions.

All new F-Types have undergone a few chassis and suspensions revisions, while incremental changes over the years have made this a much more focused machine. The P300, with less power than its siblings, is the baby of the bunch and remains pretty well behaved on more demanding routes. In fact, this is likely the F-Type many will be able to confidently hustle along without sweaty palms. 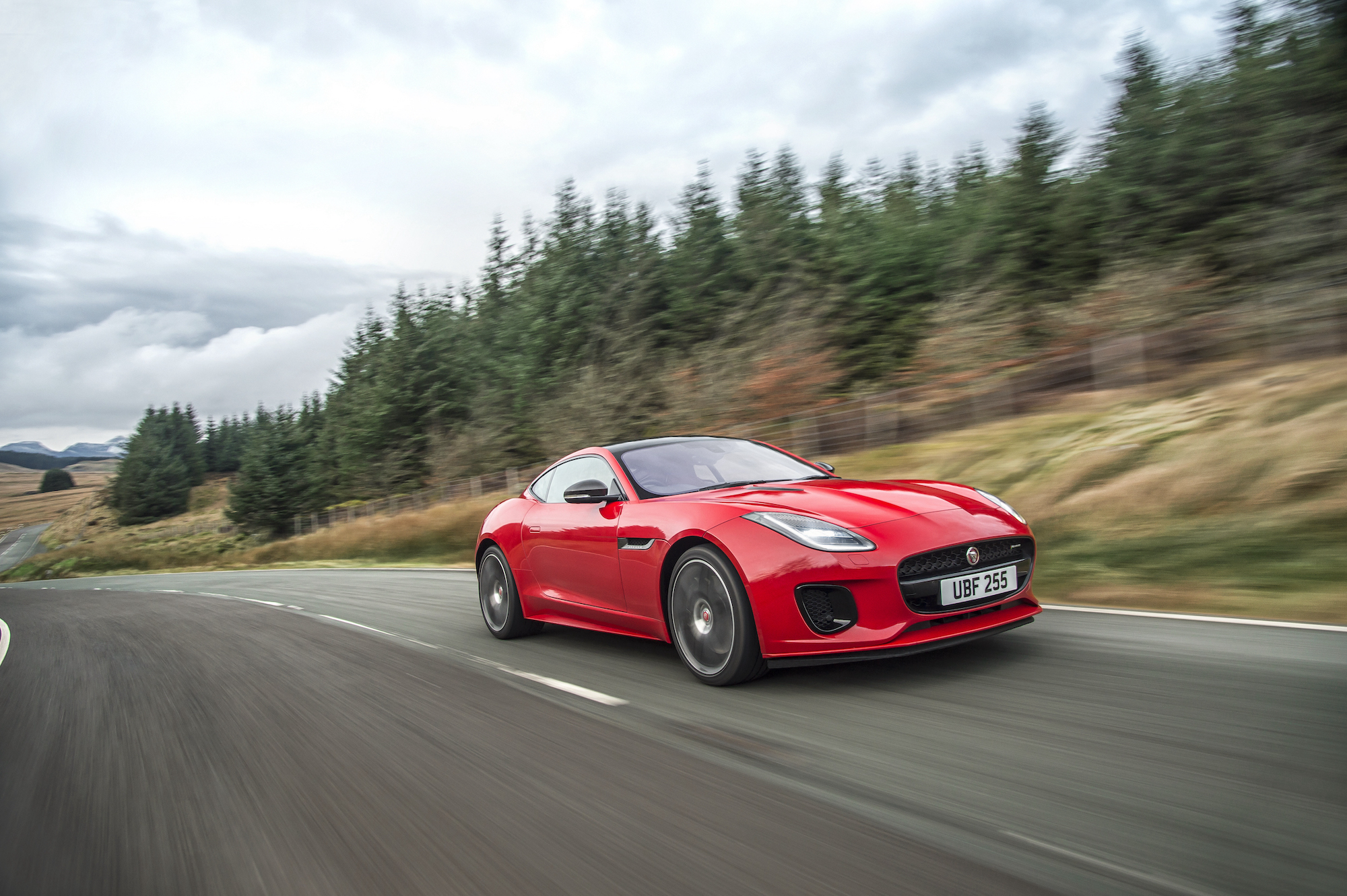 That said, the noise is a tad underwhelming and even an active sports exhaust system can’t match the cackling cacophony of a V8 engine under heavy acceleration. At almost £64,000 for this First Edition, it feels like it’s worth scraping together an additional £6,000 to get the rear-wheel-drive P450 in a more basic configuration.

The punchier engine, sensational soundtrack and more aggressive drive suit the overall demeanour of the F-Type better. That said, the slightly more approachable P300 is still an excellent car, it just lacks the animal magnetism of its slightly zanier siblings. 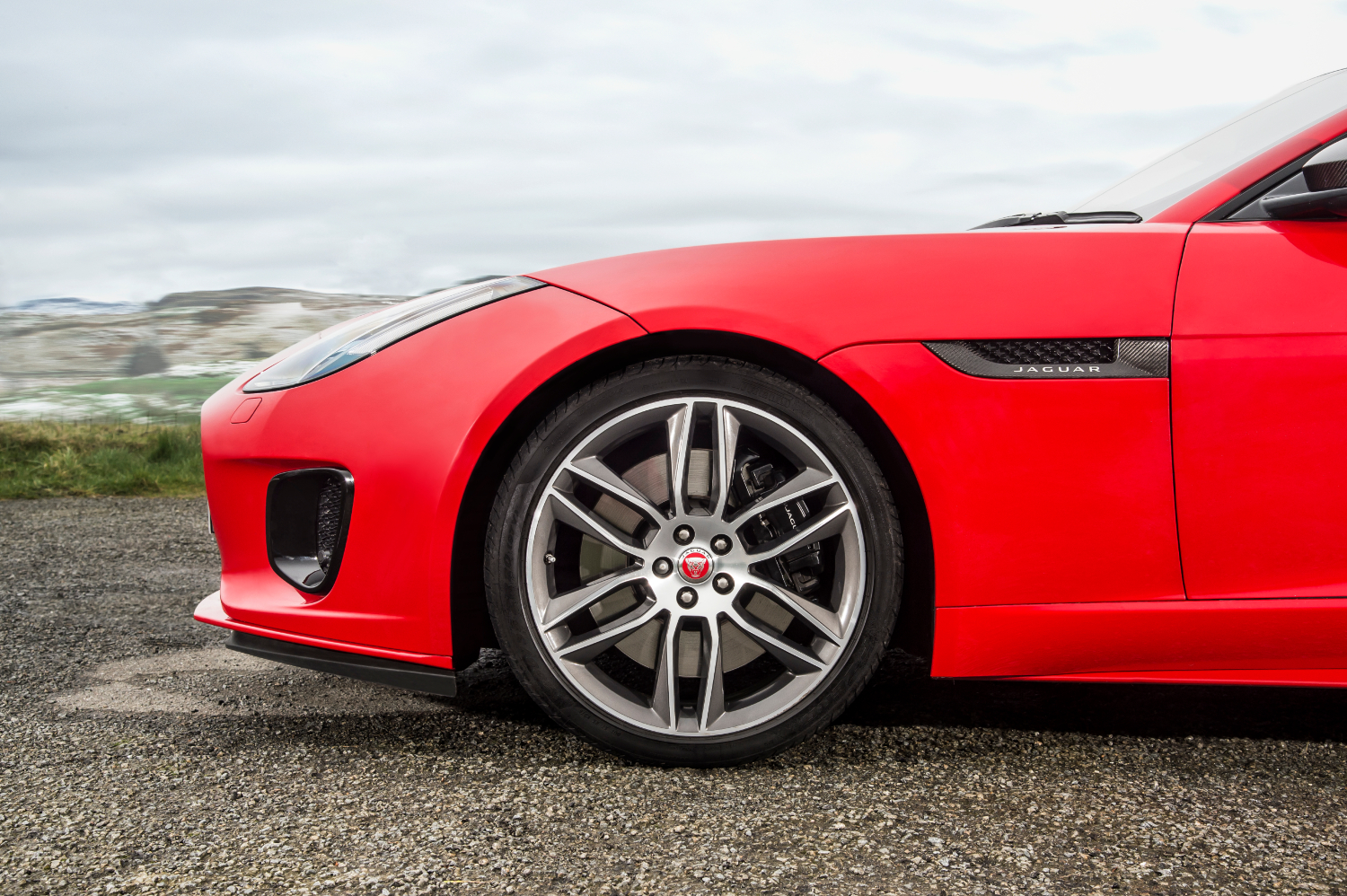