You have to rewind to pre-war Germany to find a rear-wheel drive vehicle manufactured by the company with the famous four rings.

In fact, Audi is a company that positively preaches all-wheel-drive technology. Its famous Quattro system has won the marque numerous rally stages, propelled it to Le Mans victory and cemented its name as the performance brand that actually works in the snow. 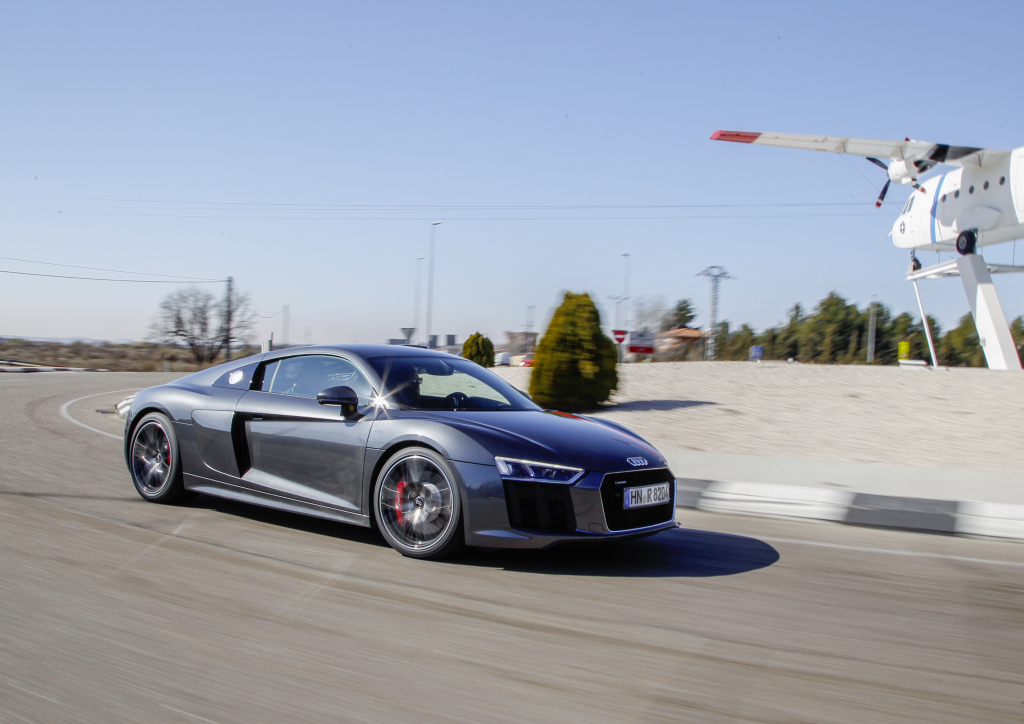 As a result, the decision to unleash a rear-wheel-drive R8 didn’t come easy for Audi and Alessandro Vergine, technical project manager at the marque, was very aware sister company Lamborghini already offers hooligan beasts for nutcases that want to go everywhere sideways.

“Lamborghini buyers expect their cars to be like a bull, more aggressive and without compromise but for the R8 RWS, we wanted to offer a real sports car experience for every day use,” he told us at the launch. 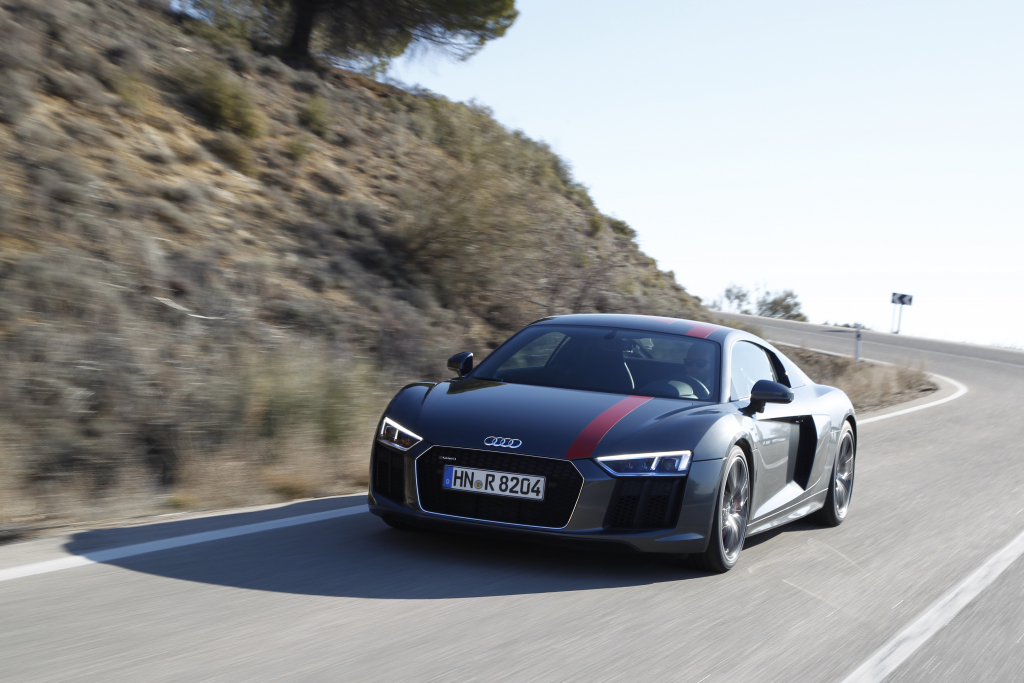 These words are important when hopping behind the wheel of the R8 RWS – a model that is limited to just 999 worldwide, a model that pumps 533bhp through the rear wheels for the first time but a model that manages to retain the R8’s everyday usability despite its newfound penchant for sliding around car parks. 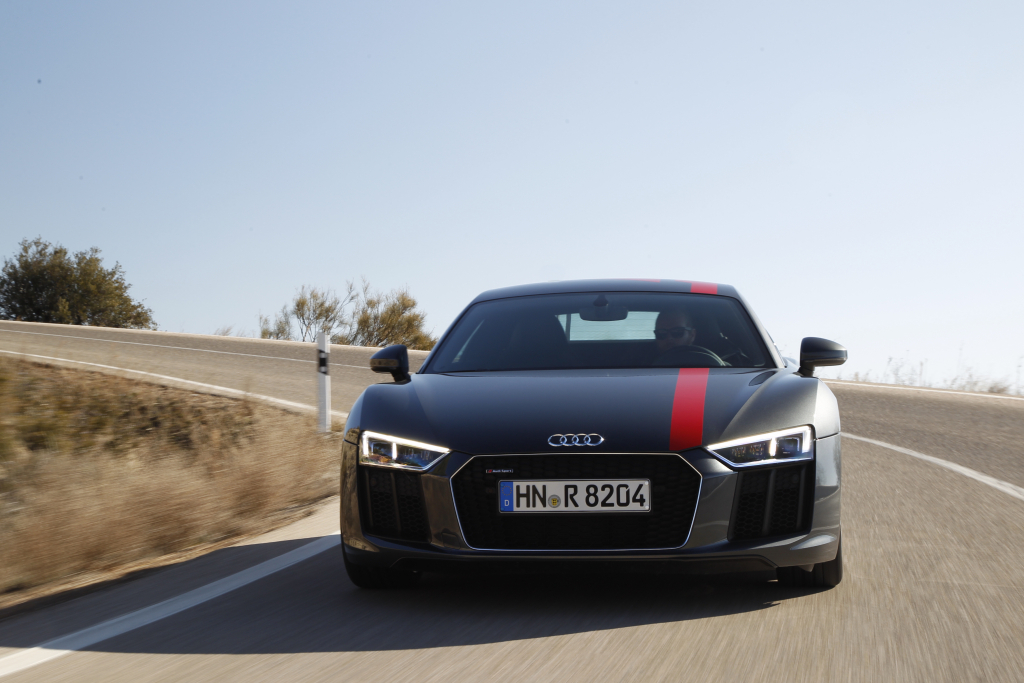 But dig a little deeper and you’ll discover that the front anti-roll bar has been stiffened, the mechanical dampers are firmer (no magnetic option here) and the rear wheels feature a little more camber.

Oh, and the R8 RWS is missing the driveshafts and differential hardware that’s required to make all-wheel-drive function properly, which results in a 50kg weight saving (40kg from the £121k drop-top Spyder variant). 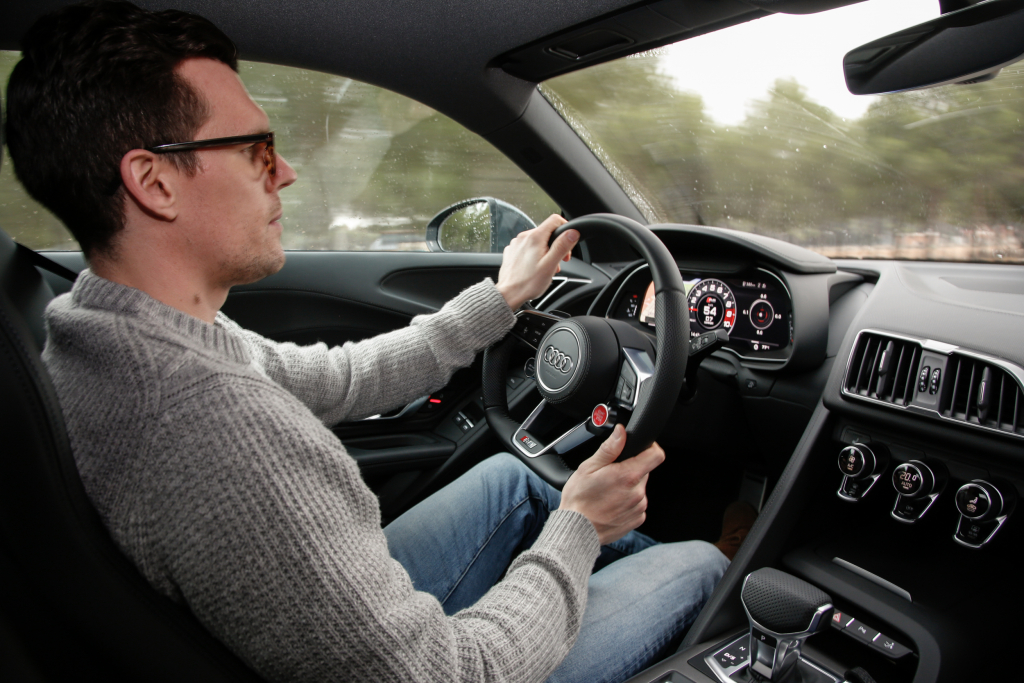 Apart from that, it’s actually very difficult to tell this machine apart from other R8s in the line-up, with only the new Audi Sport badge pinned to the grille (nee Quattro) giving things away.

Just a few miles in this thing are enough to get the sense that it’s a bit special. Not in the sense that it has you fearing for your life with every corner but instead, the drivetrain and chassis set-up inspire so much confidence on the open road. 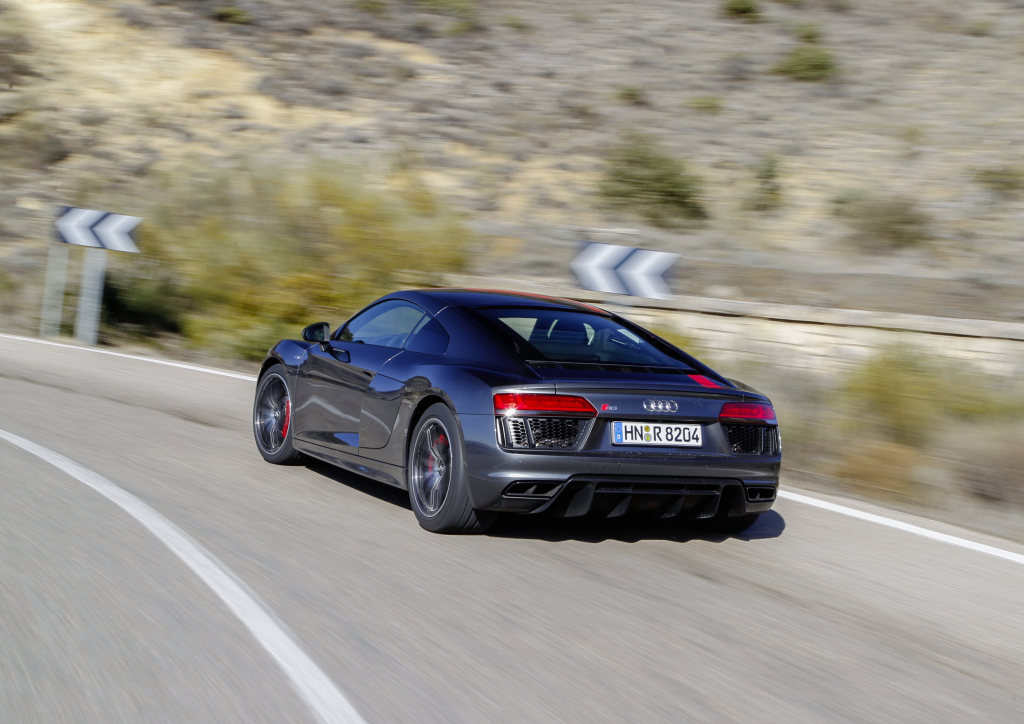 It’s a proper drift machine given the right circumstances, and Audi provided a concrete slab the size of several football pitches in order to back up that statement, but only when you really want it to.

The steering calibration has been tweaked so it is sharper and more responsive than all-wheel-drive R8 models, while the mild chassis and dynamic tweaks see it tackle corners with restrained aggression. It comes to life on a twisting mountain pass. 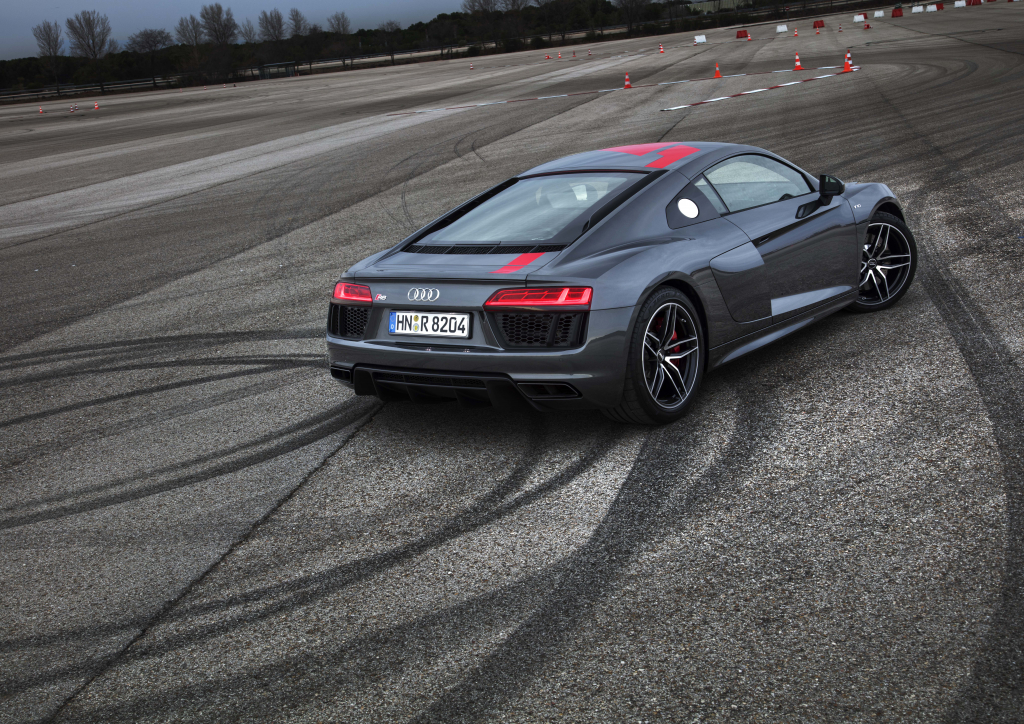 True purists will still grumble at the fact the R8 doesn’t quite engage the driver like a real supercar, but slacken off the traction control, pitch this machine into a corner hard and it wriggles around enough to raise smiles on even the keenest helm smiths.

Plus, the 5.2-litre V10 is an absolute monster, with its sonorous note screaming away just behind the driver’s head and myriad crackles, pops and bangs emanating from the exhausts with every lift of the throttle pedal. 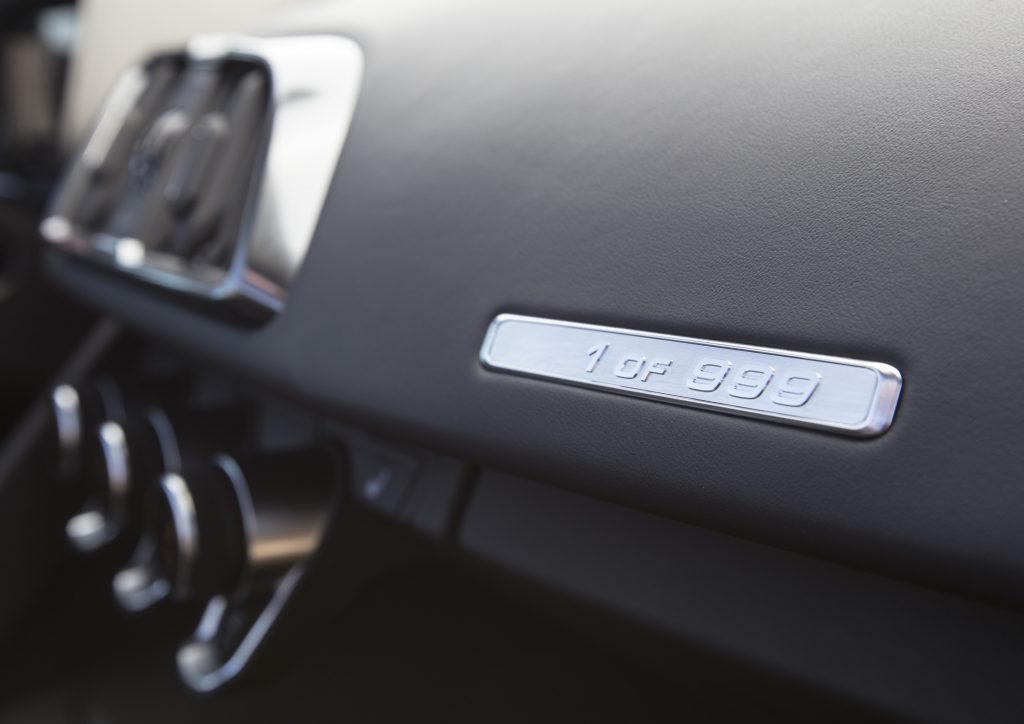 Yet it still feels so manageable, and even on very damp roads on the test route just outside of Madrid, the rear-wheel-drive set-up didn’t really feel any less grippy than its Quattro counterpart.

Stick the dynamic drive settings into ‘Comfort’, which dials down the throttle and steering response, and the R8 RWS doubles-up as a very adept motorway cruiser, its cabin festooned in gadgetry to while away the longer journeys or regular commutes.

Yes, it’s exactly what you expect from an R8 – the ‘everyday supercar’.

There’s the same 112-litre boot at the front of the car, which is just about big enough for a couple of backpacks, plenty of space up front for a passenger to stretch out their legs and doors that open wide enough to make getting in and out the low-slung frame uneventful. 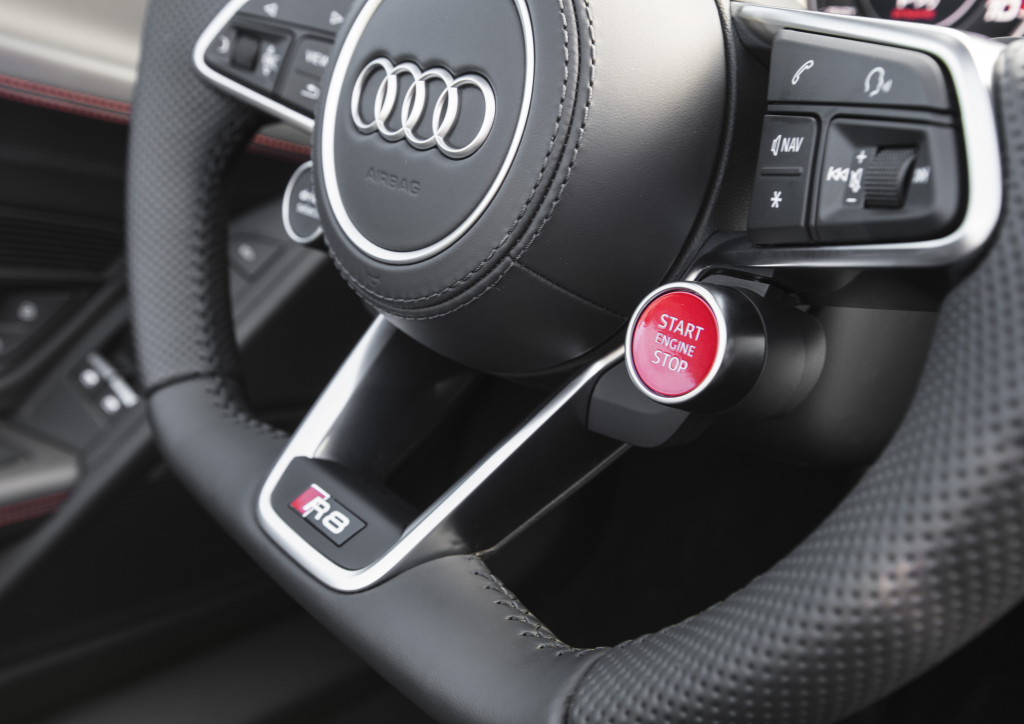 Navigation, music, phone pairing and vehicle information are all beamed to a high-definition 12.3-inch display that sits where traditional instrument binnacles would once reside.

“The 5.2-litre V10 is an absolute monster, with its sonorous note screaming away just behind the driver’s head”

Plus, the flat-bottomed steering wheel is also covered in buttons that help drivers interact with the Virtual Cockpit, as well as control Audi’s Drive Select functionality and start/stop the engine. 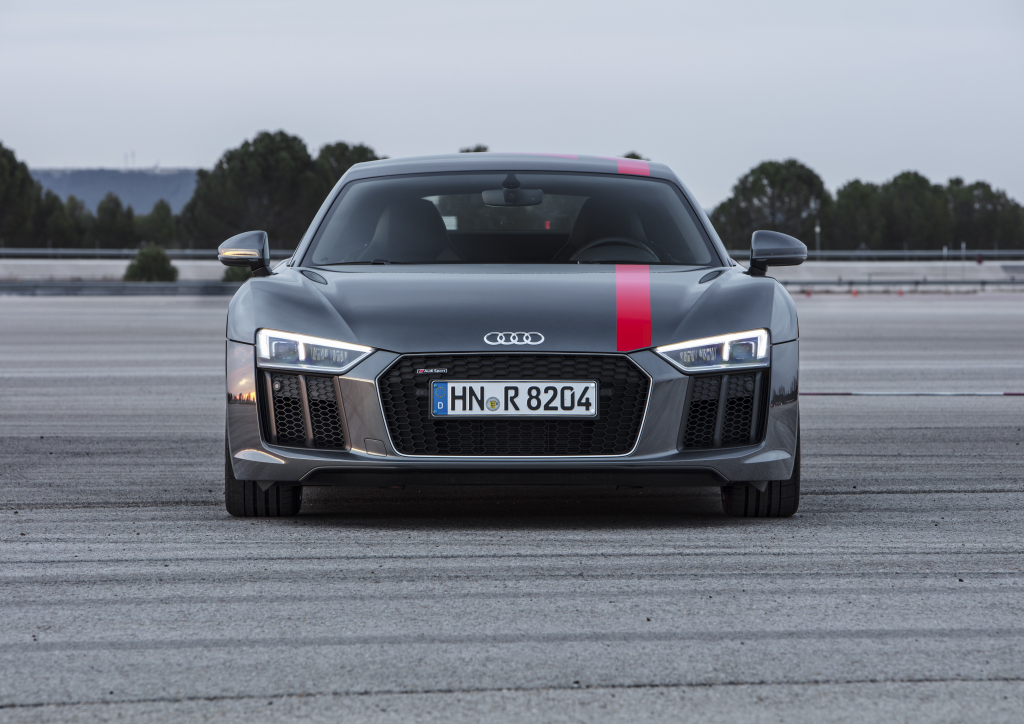 Throw in the heated seats, parking sensors and reverse camera, cruise control and the top quality sound system as standard and you have something you’d genuinely be happy to use everyday.

It’s very difficult to pigeonhole the Audi R8 RWS, as its not the hardcore, track-devouring machine offered by the likes of Porsche and Lamborghini, yet it is most definitely the most engaging R8 on sale.

The fact that it doesn’t compromise on the everyday usability and that it costs less than its all-wheel-drive counterparts is just the icing on the cake. 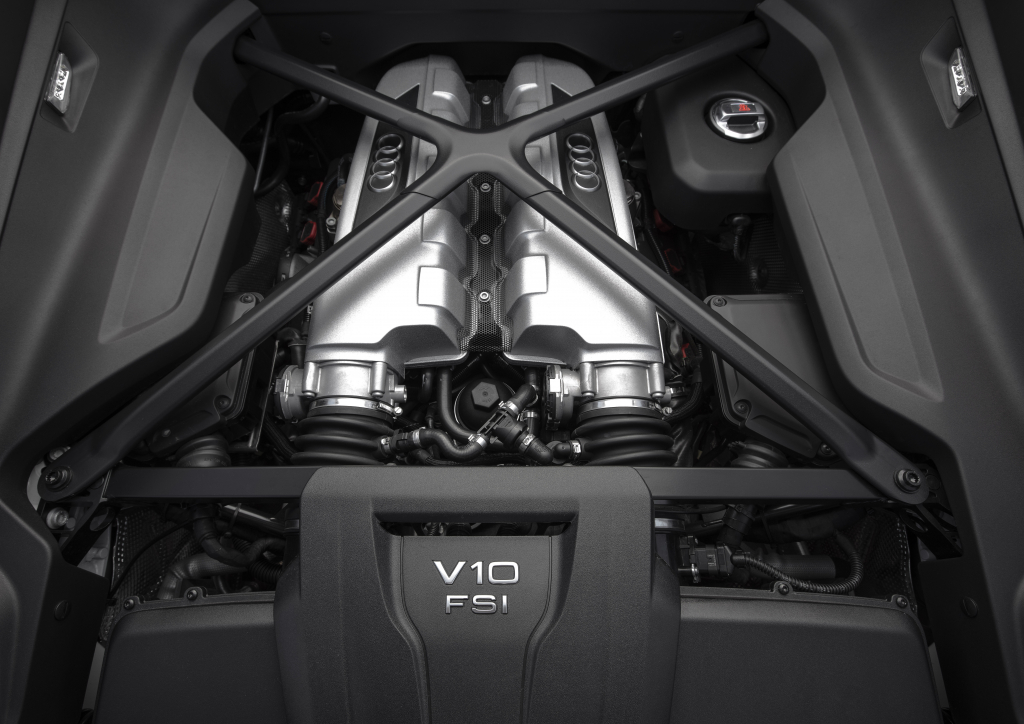 Yes, there’s certainly room for Audi engineers to add in more driver engagement if they so wish and they could throw on a few more badges so passers-by know what they’re dealing with.

But it’s really very good and neatly treads the fine line between practicality and proper sports car performance. Oh, and did we mention that the 5.2-litre V10 is divine?