The mere suggestion that the gargantuan Range Rover should be powered by a 2.0-litre, four-cylinder petrol engine would have had any self respecting automotive journalist burnt on a pile of Pirellis a few years ago.

Oh, how times have changed and now even the most opulent brands fail to escape the long reaching arm of European emissions law. And that includes Range Rover. 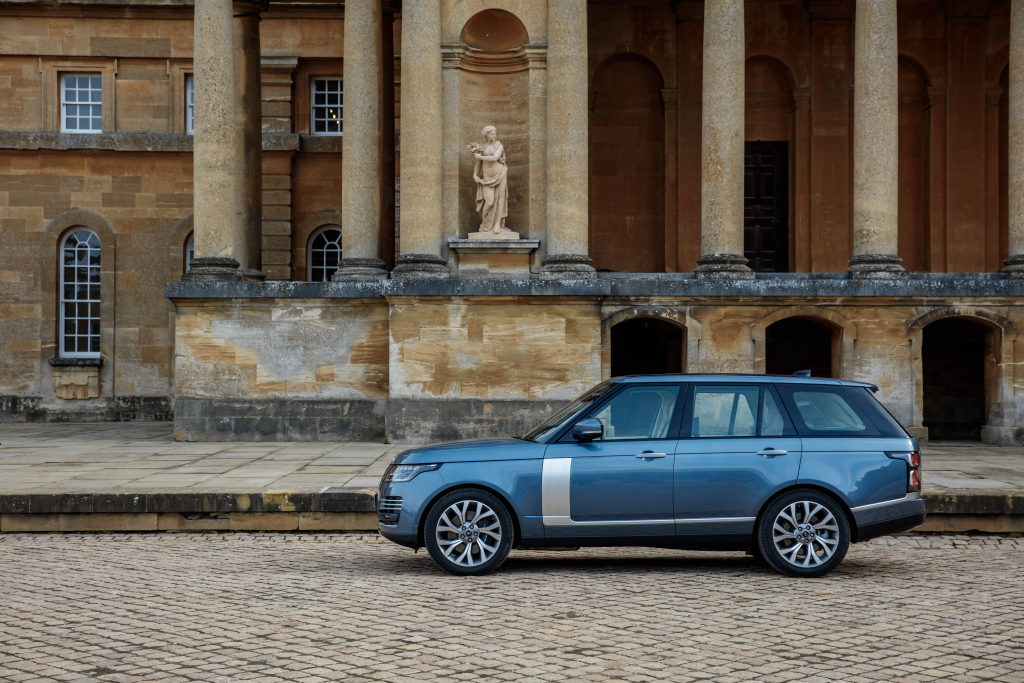 A cynic would say that a plug-in hybrid version of this oversized SUV is merely an exercise in tax relief for the customer and a canny lowering of emissions across the Range Rover portfolio… and you’d be partly correct.

Yes, the relatively measly engine and electric motor pairing slash the CO2 emissions to as little as 72g/km and offer fuel economy figures of up to 101mpg. However, these facts should be taken lightly. 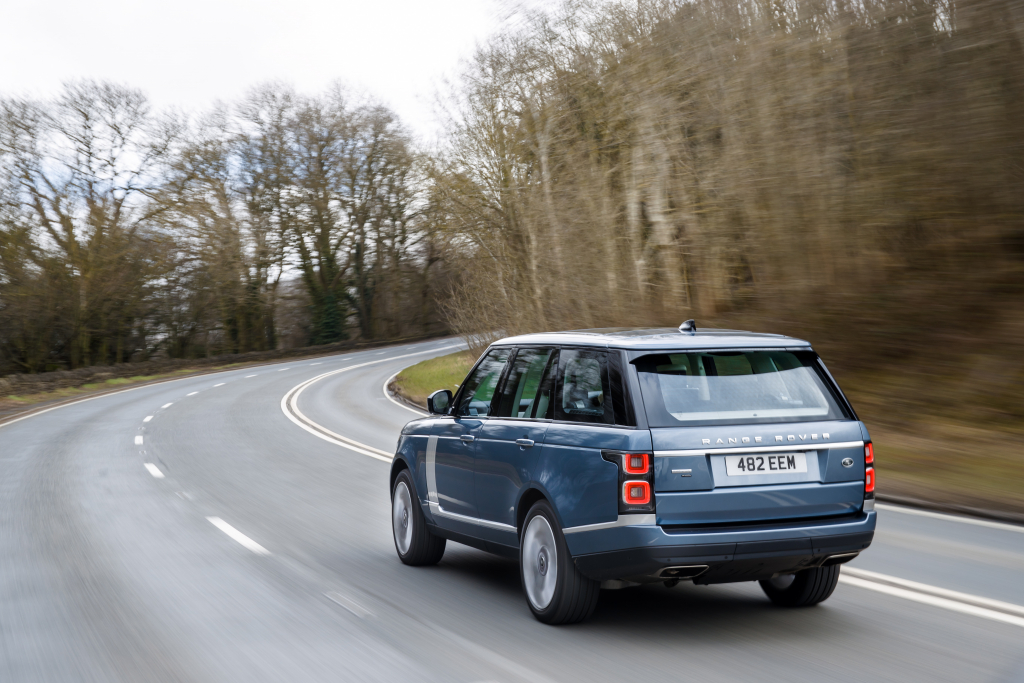 The truth is, we managed to average around 38mpg during the week we spent with it but that doesn’t mean it deserves to be dismissed just yet, because there are many other reasons to appreciate this luxurious hybrid. Read on.

If you are in the market for a large, opulent SUV that’s fit for royalty, there really isn’t much competition to the Range Rover. 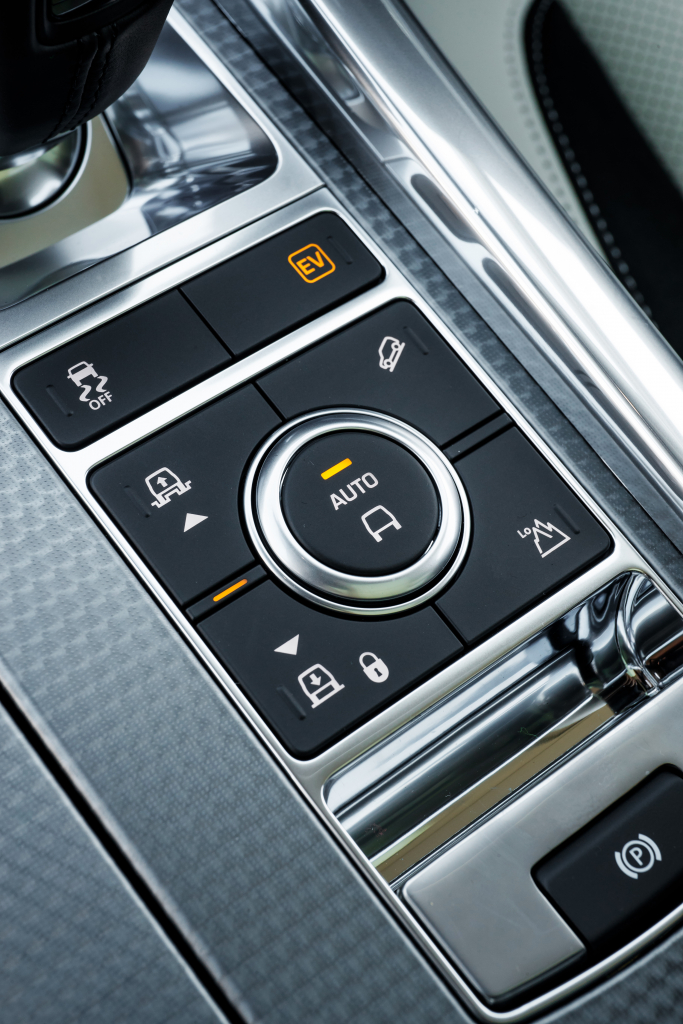 Both Bentley and Rolls-Royce now offer something to part the super rich from their cash but the Rangie has long been the ultimate aspirational vehicle, boasting a ride comfort akin to floating on a magic carpet and interiors that wouldn’t look out of place in an exclusive private members’ club.

In this respect, the hybrid powertrain that features in P400e, which sees a 296bhp petrol engine team up with a 114bhp electric motor, only serves to make that sophisticated drive even more enticing. 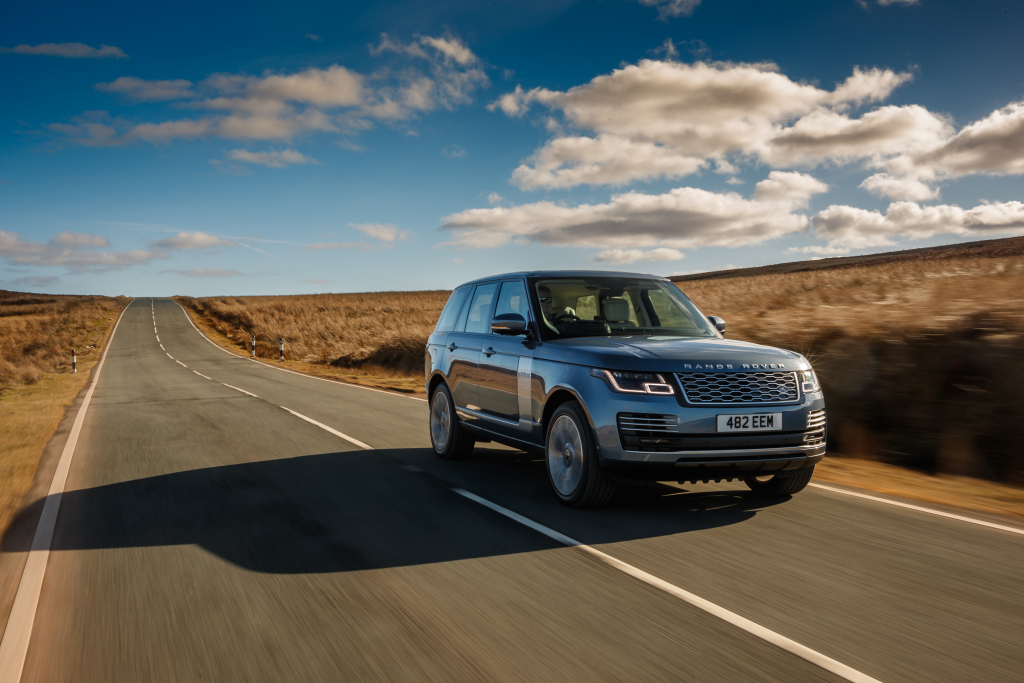 What could be better than allowing the 13.1kWh lithium-ion battery to feed the electric motor for near-silent all-electric motoring around town? The big V6 diesel and petrol counterparts weren’t exactly noisy, but you can hear a pin drop in the sealed cabin of this P400e version.

Many may think that heavy battery packs and motors blunt performance, but they would be wrong. The 0-60mph sprint is completed in 6.4 seconds and it’s possible to tickle 137mph with the throttle pinned. 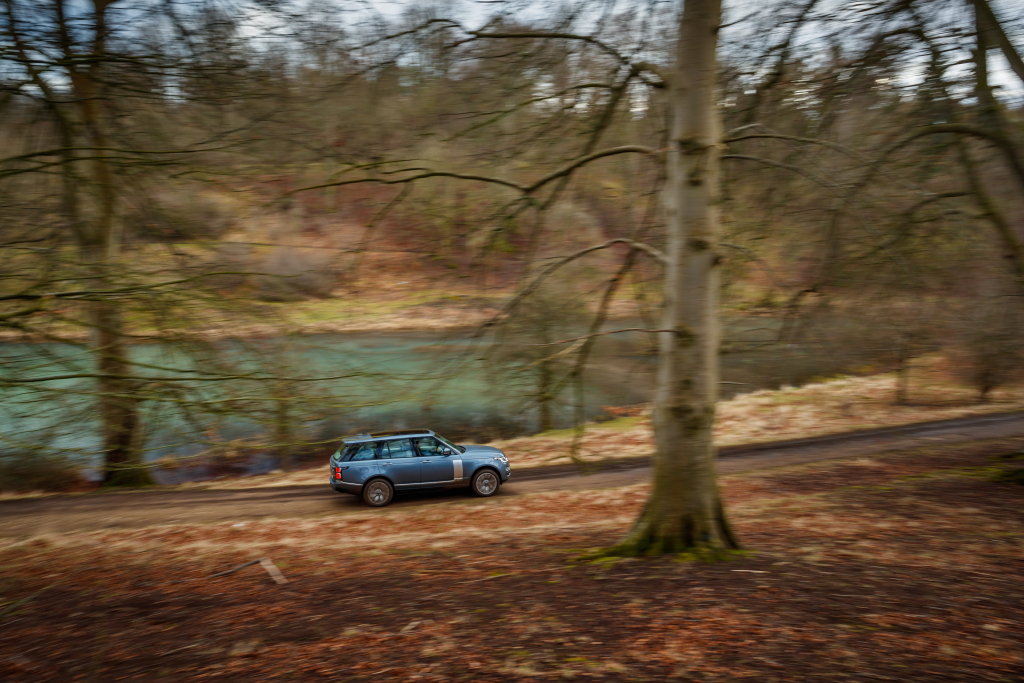 Overtaking is swift and it remains a devastatingly quick and efficient way of dispatching of long, monotonous motorway journeys.

The raised ride height and spongy suspension system means this Range Rover is still a bit of a handful to cajole around tight corners and twisting routes, but it retains the off-road performance the marque is so famed for, despite the addition of hazardous batteries.

Understandably, everyday life with a Range Rover autobiography is about as blissful as motoring gets, with 24-way heated and cooled ‘hot stone massage’ front seats, a digital TV tuner and configurable ambient interior lighting going some way to justify the lofty £110,000 price tag. 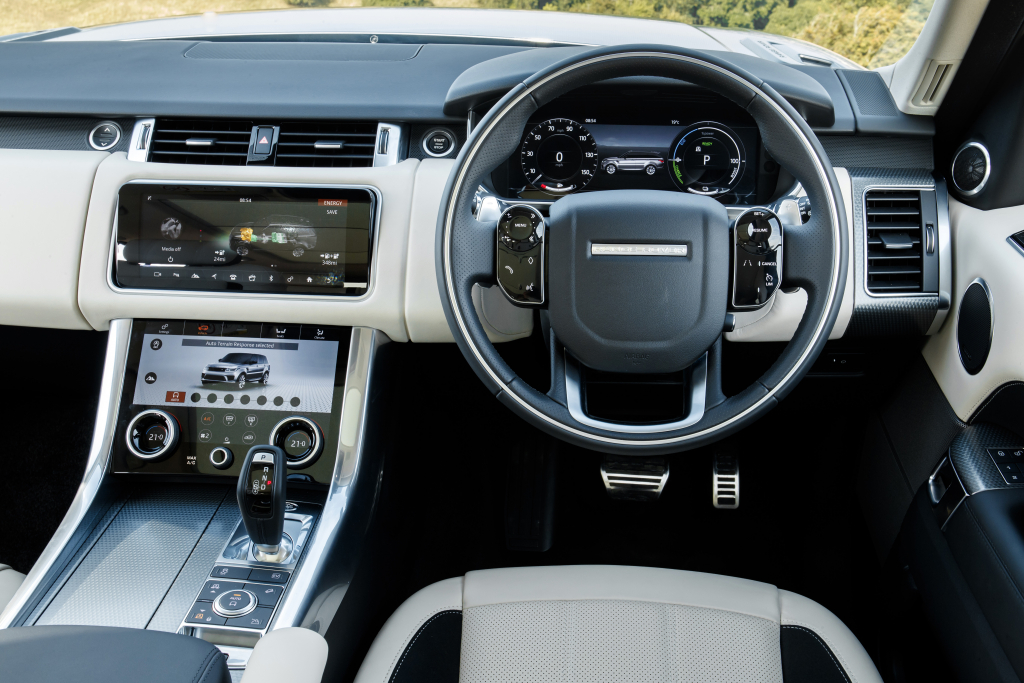 This is also the first full-sized Range Rover to receive the Touch Pro Duo 2 infotainment system, which was first debuted on the Velar and consists of two touch-screens, the lower of which features the marque’s cool ‘floating’ dials that take care of heating and ventilation.

It’s pretty quick to respond (thanks to a processor update) and the screens are pin sharp, but the satellite navigation is still a bit clunky and navigating the menu system takes much longer than it should.

But the real tech highlights reside underneath the bodywork, where a 13.1kWh lithium-ion battery feeds an 85kW electric motor, which in turn assists the 2.0-litre petrol engine during most driving situations. 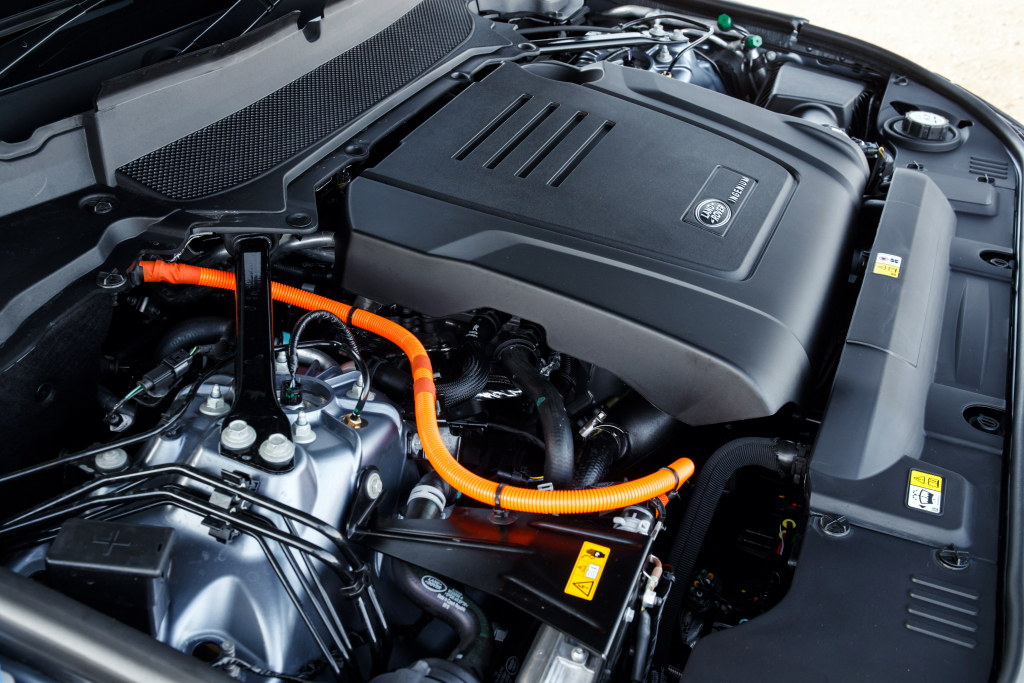 Plug it in, charge the batteries and it’s possible to cruise for a claimed 30-miles on electricity alone. But much like the fuel economy figure, it is to be taken with a pinch of salt.

During most of our morning runs, we managed around 15-miles or less before the batteries were completely drained and then it was very difficult to top them up through regenerative braking and such.

The Range Rover has long been one of the most luxurious ways to travel, even if you don’t quite agree with what it stands for (or the fuel it consumes), and this hybrid powertrain seems to elevate the levels of indulgent wafting even further. 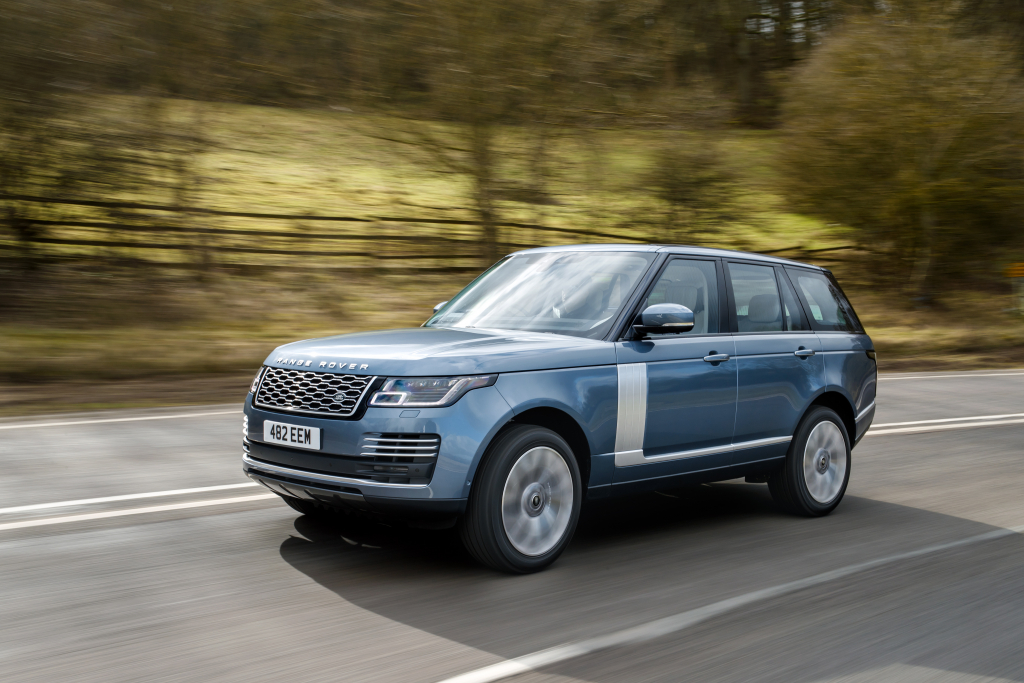 The all-electric range could do with being a little more generous and the claimed fuel economy figures are wildly inaccurate, but the powertrain certainly works in terms of the power it delivers (404hp) and the near-silent way it does so.

The lowered running costs and whisper quiet ride make this one of the easiest Range Rovers to recommend, but don’t be fooled into thinking it’s an environmentally friendly alternative.