The world has gone absolutely potty for SUVs. So much so, manufacturers are busy producing all kinds of niche variations in a bid to sate consumer appetite for high-riding crossovers.

Piloting a Rolls-Royce Cullinan up the side of a mountain earlier this year was probably the point where we realised that nothing in the automotive world would surprise us any more, so the idea of a hot Skoda Kodiaq barely raises an eyebrow. 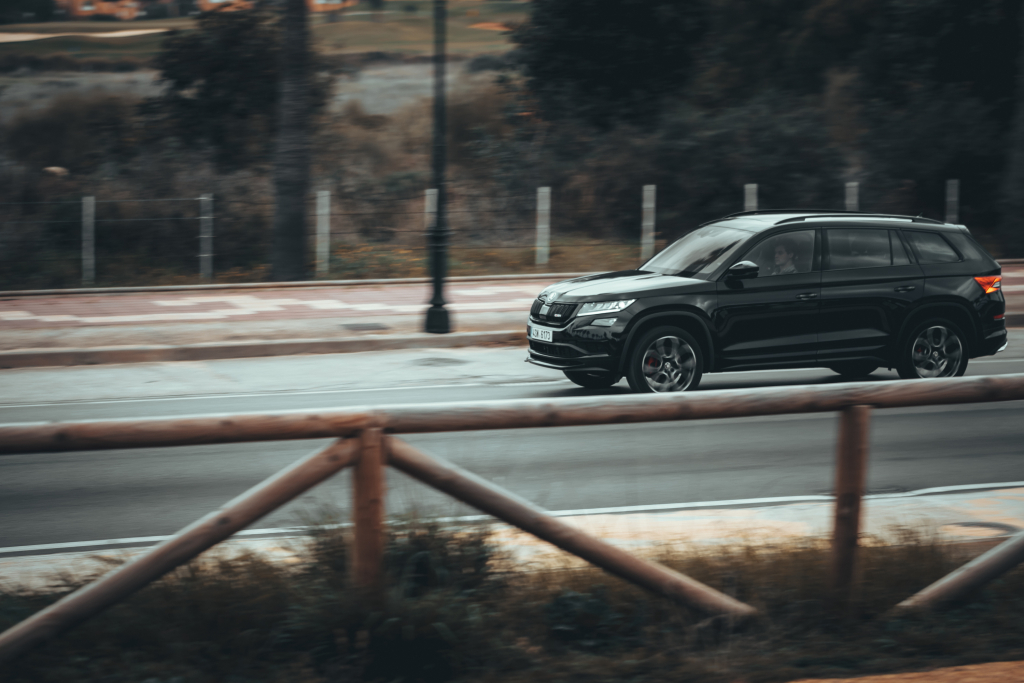 This recipe sees Skoda take its already great extra-large SUV and transplant a 240hp 2.0-litre twin-turbocharged diesel engine under the bonnet in a bid to raise the racy stakes, while larger alloys and cosseting bucket seats further ram home its performance intentions.

Despite these additions, there’s not much to separate this performance machine from the existing Sportline trim, which is available with a 190hp diesel engine anyway, bar some meatier 20-inch, two-tone alloy wheels, a more shapely bumper set-up, some gloss black trim, twin exhausts and the famous bright red brake calipers that are now found on a number of Skoda vRS products. 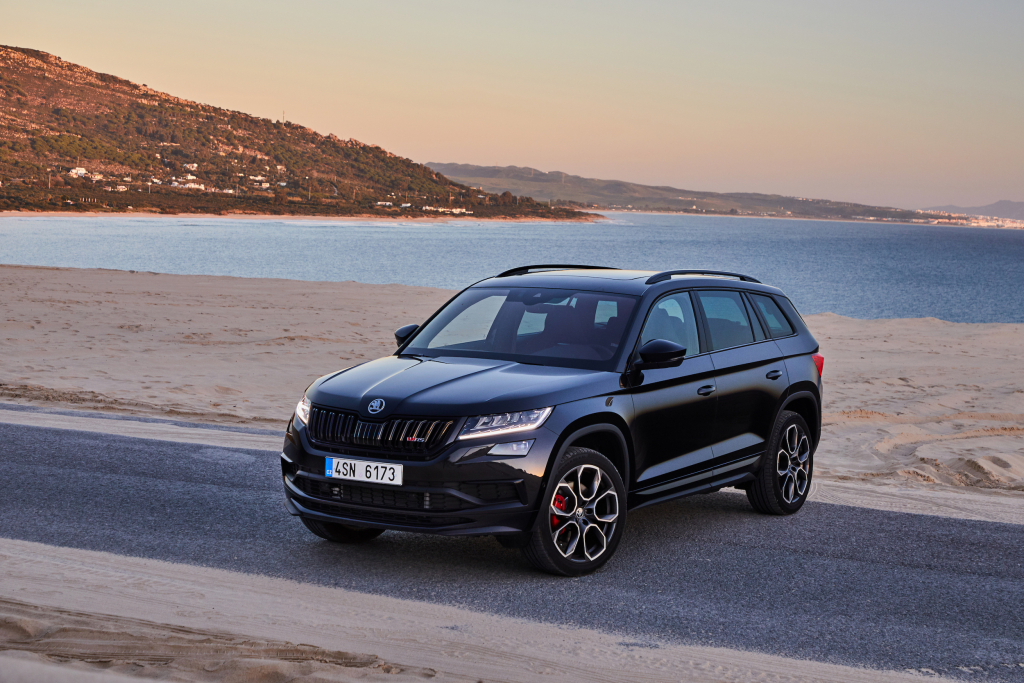 Inside, customers are treated to figure-hugging, Alcantara-clad bucket seats at the front, complete with some neat contrast diamond stitching, a flat-bottomed steering wheel and a few slithers of carbon fibre trim to lend it that race-inspired look.

Apart from that, it’s the usual, vehemently practical vehicle that offers excellent connectivity in the form of a crisp and responsive 9.2-inch touchscreen infotainment system, seating for seven, myriad storage solutions for the rigmarole of everyday life and bags of space for the, erm, bags. 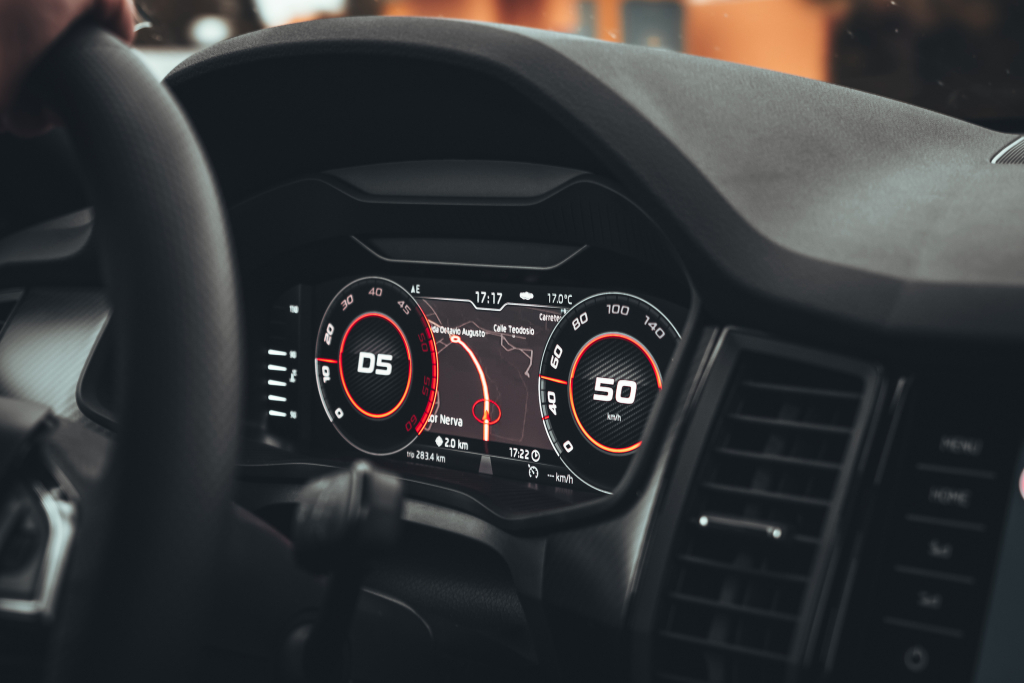 Those expecting Porsche Macan Turbo or Range Rover Sport SVR levels of aggression will be disappointed (and would need far greater budgets anyway), but the performance upgrades are restrained enough to ensure the Kodiaq remains a classy offering.

Specify the model with the dark black paint, like the model driven here, and its moody ambience seems to add to the athleticism, especially under the inclement skies of the southern Spanish launch location.

Perhaps it’s best to get this out of the way early: the Skoda Kodiaq vRS doesn’t feel like a particularly fast car. 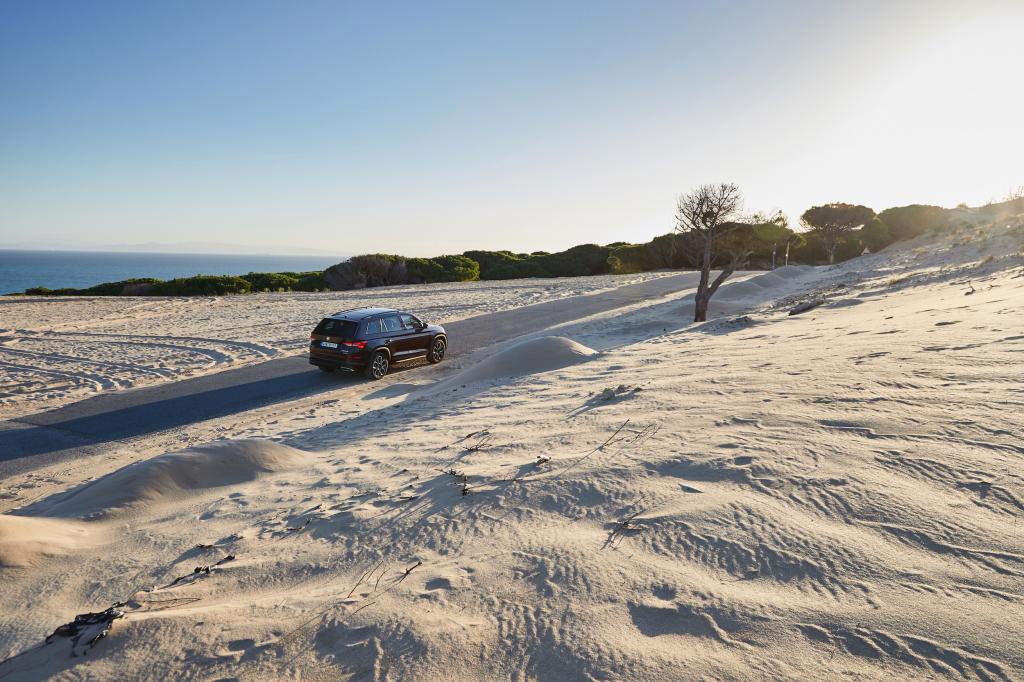 This probably due to the fact that the 240hp diesel lump has to haul some 1880kg up the road, while the claimed 6.9 seconds from 0-62mph seems a little generous to us.

Power is driven through a seven-speed DSG gearbox, which can be irritatingly slow to respond to throttle inputs, and on to all four wheels via an electronic clutch that will engage the rear axle when required. 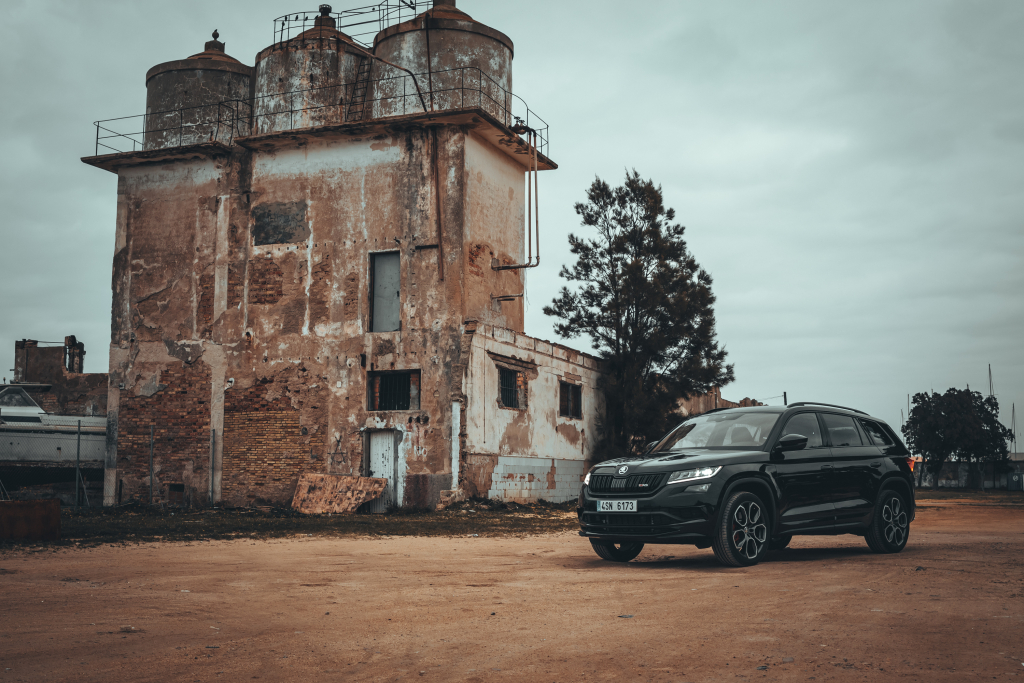 The slightly lethargic gear shifts and hefty bulk mean it fails to achieve that grin-inducing acceleration one might expect from a lighter vRS product, but the big SUV seems more content once up to speed, where it will happily devour big distances with a sort of lazy efficiency that only a potent diesel engine can provide.

In a bid to disguise the fact Skoda decided on an oil-burning unit, as opposed to one of the VW Group’s more powerful petrol engines, it has added what it calls Dynamic Sound Boost to the engine note. 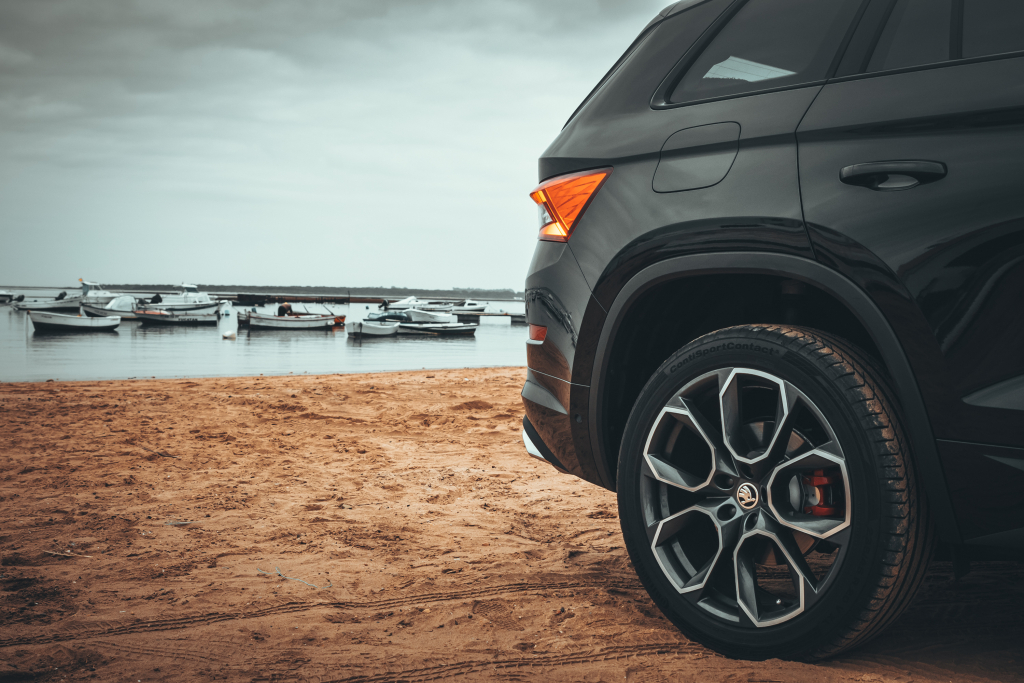 The technology take signals from the engine management system and actively diverts sound into the cabin. But rather than simply pumping fake sound indoors, it also works to create a more aggressive ambience outside.

In fact, the diesel’s deep burble as it sits idling is quite pleasant but wind the throttle on during a spirited blast and the simulated noise inside the cabin gets a bit annoying after a while. 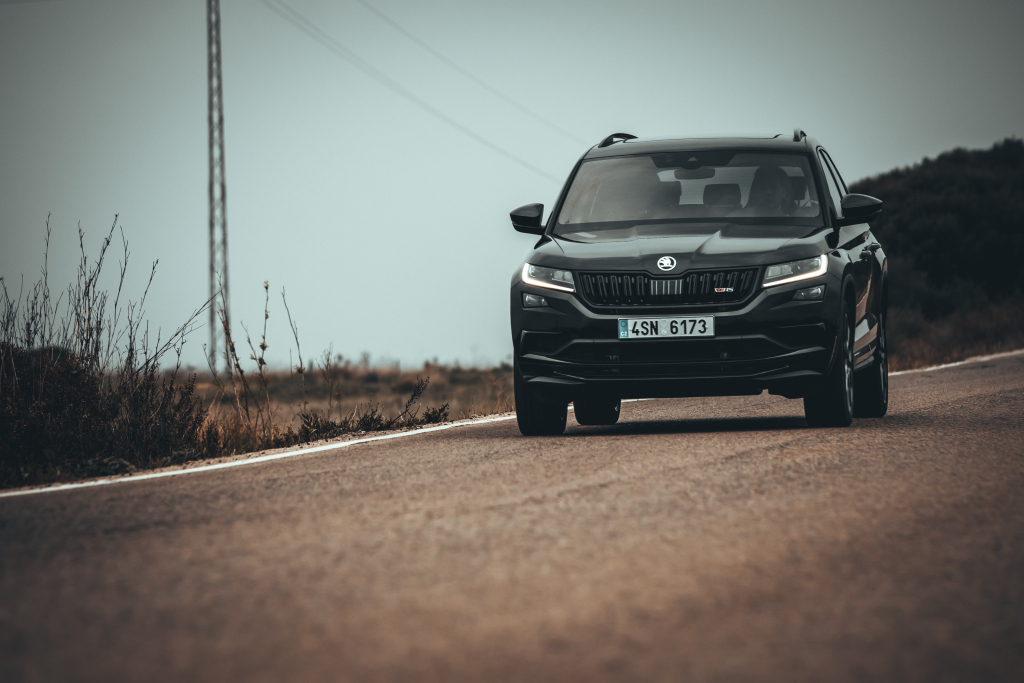 A number of driving modes allow for some control over the soundtrack, while flicking between modes will sharpen the throttle and steering response when the mood takes.

The standard Kodiaq rides extremely well and there’s very little change here, while the excellent levels of grip and sharp steering make it enjoyable, if not completely exciting, to throw around the occasional twisty corner.

It seems that most manufacturers are keen to offer a crossover to suit every taste, and the Kodiaq vRS certainly ticks the right boxes if you happen to be that someone who is after something practical, stylish and a little bit faster than your average diesel SUV. But not too fast that it sets pulses racing. 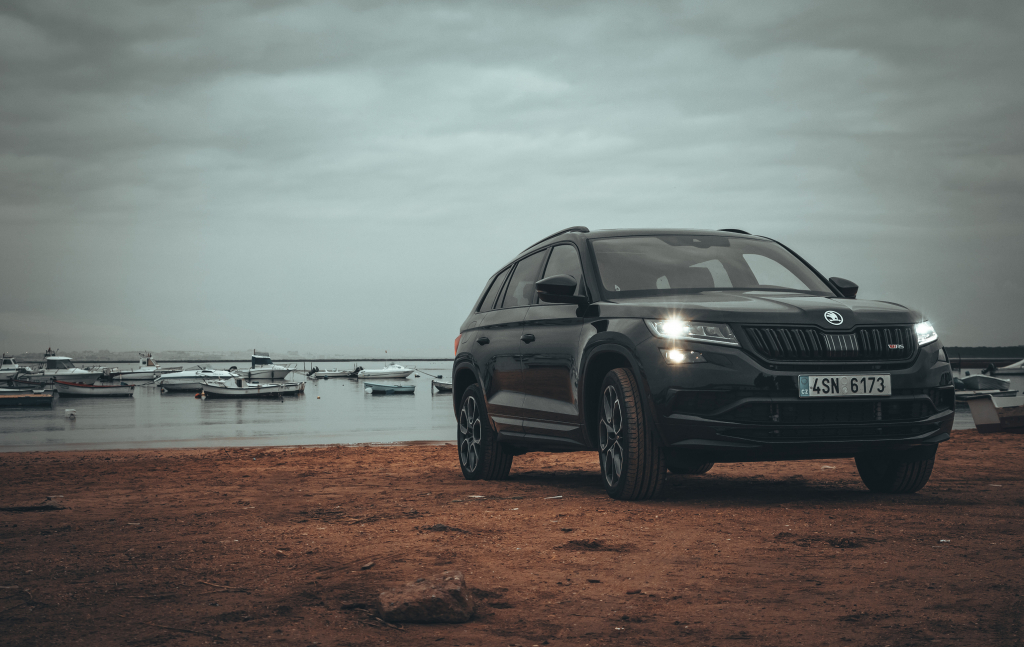 The artificial engine note doesn’t do the car any favours though, at least from inside the cabin, and those looking for hair-raising thrills will probably be left feeling a little cold.

It also costs £43,000, which is a huge chunk of change considering the almost-as-good Sportline models start at £35,695. 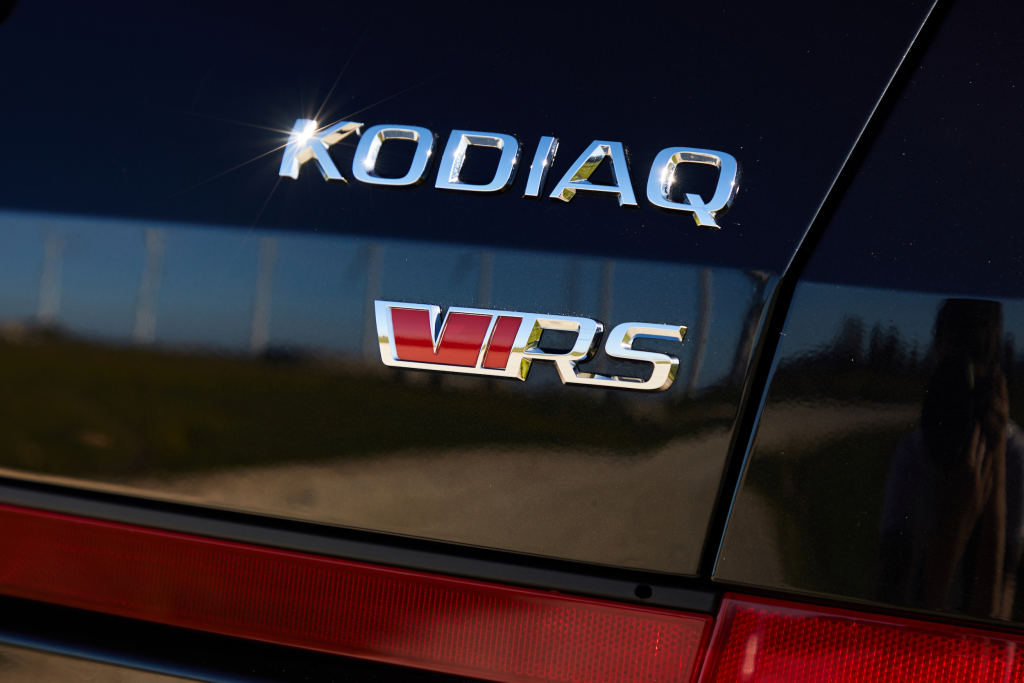