The beardy bloke that owns my local barbers looks perplexed as I pull up to his trendy establishment aboard the 2018 Honda Monkey.

“Reckon I can leave it on the pavement out front?” I ask him as I remove my lid to reveal a mop of unkempt mane that’s long overdue a trim. 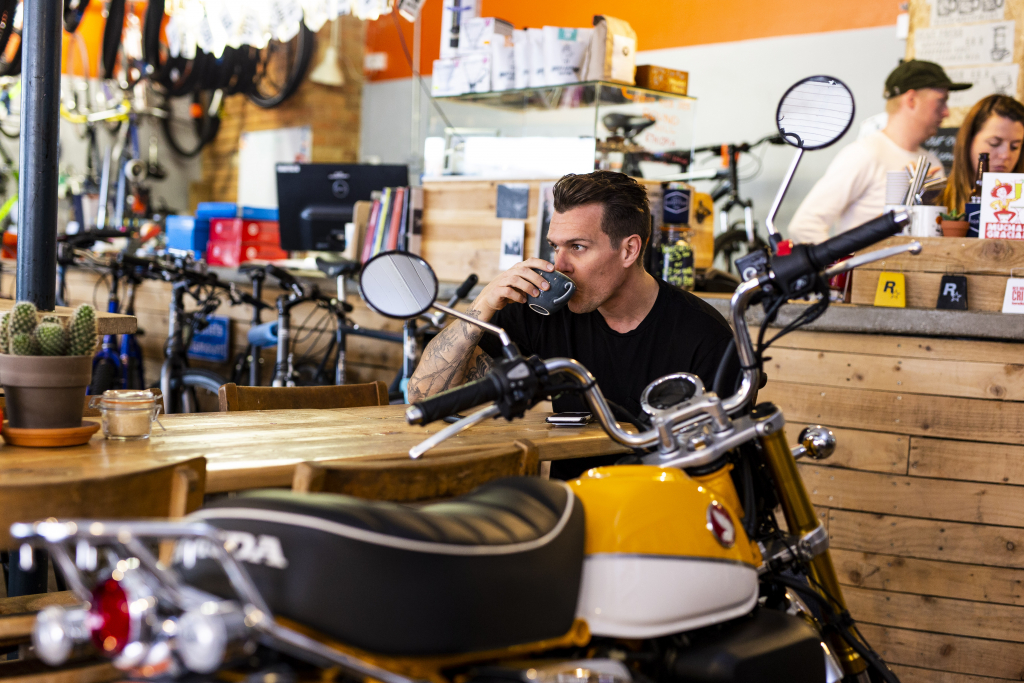 “Bring it inside, mate!” bellows the reply. And with that very brief exchange, I fall head over heels in love with arguably the most ridiculous motorcycle to go on sale in recent years.

Where the original 1960s and 70s Honda Monkey (or Z series, for those in the gang) were essentially glorified kids toys with puny 49cc engines and iffy brakes, the latest machine is a proper motorcycle. 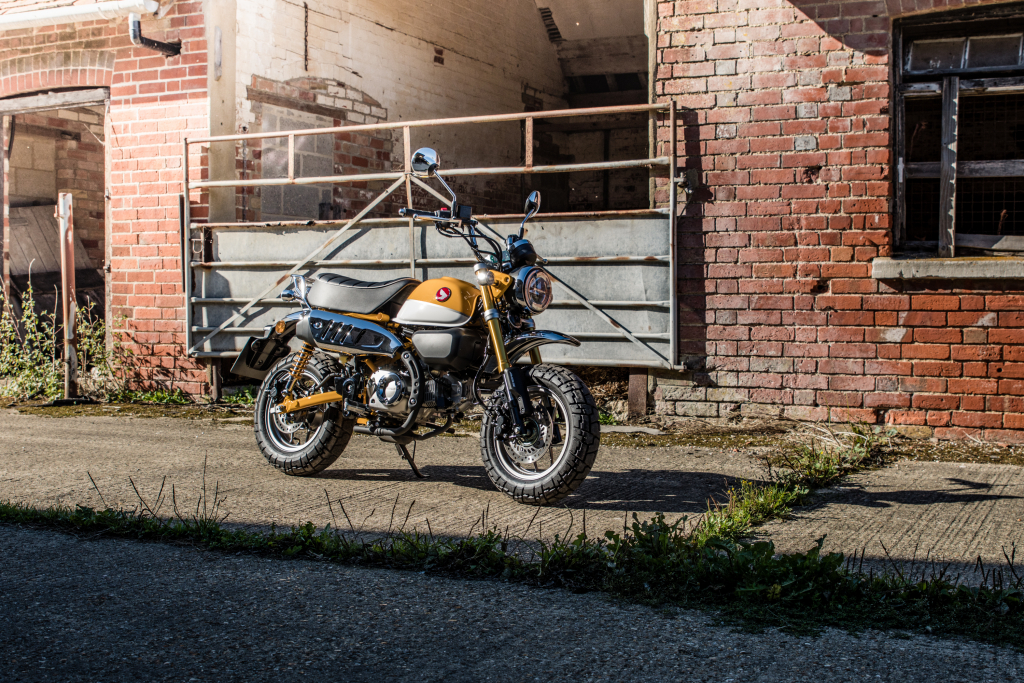 It’s based on the MSX125, better known as the Grom here, and features a modern, fuel-injected 125cc engine, LED lighting, digital instruments, ABS-enhanced disc brakes and the cutest upside-down forks known to man.

Weight is now a portly 107kg, but it’s still easy enough to wheel it into a lift, should you want to park it next to your desk at the office, or bump it up a kerb and treat it to a flat white… which I did.

Arguably the most astonishing thing about the Monkey is that it’s an absolute riot to ride around town, with that 9.25bhp air-cooled 125cc single doing a great job of getting the little thing up to speed with little fuss.

Lithe riders can easily hit 60mph with the taps fully open, yet the proper four-speed gearbox is silky smooth to operate and the chunky seat is stupidly comfortable. 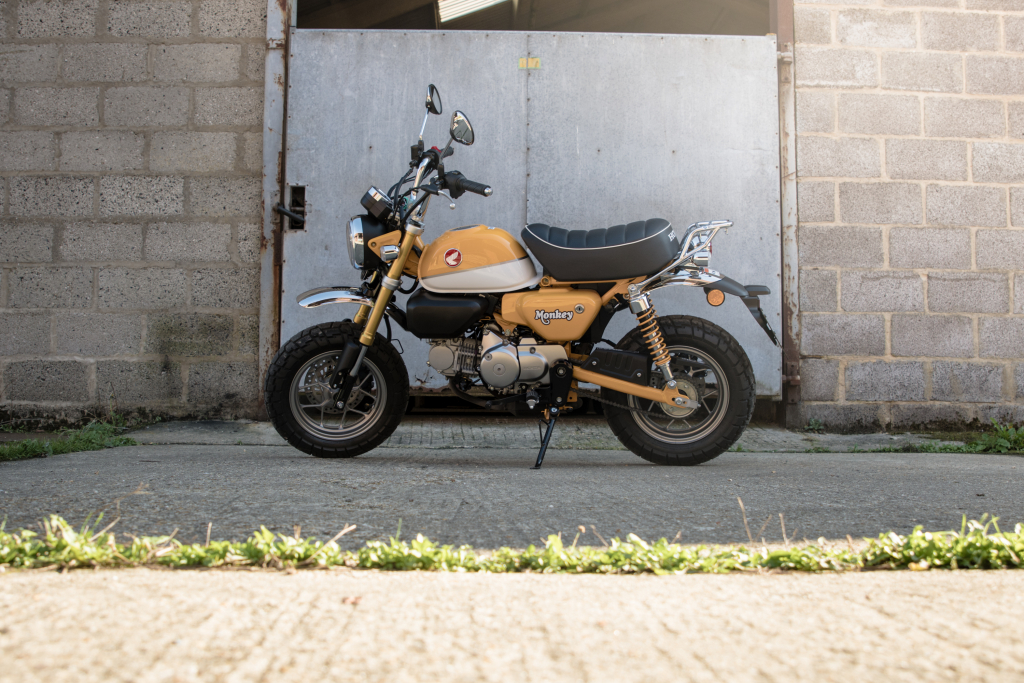 The yellow pocket rocket was delivered to my house on a Monday and not a day passed that week where I didn’t throw a leg over the little thing and take it for a spin.

Short journeys through town are surprisingly simple, as the tiny machine proves agile and more than punchy enough to dart through traffic and even attempt the odd overtaking manoeuvre. 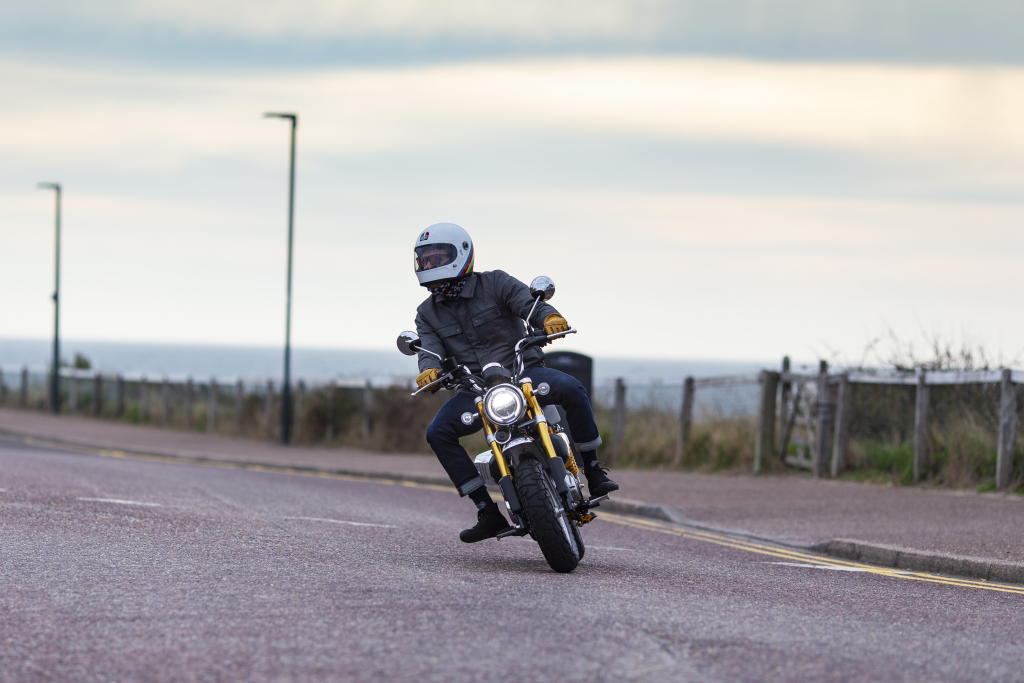 It was only on a much longer ride, using some of my favoured country lanes and B-roads, did I start to become tired of the slouched riding position and lack of grunt, but the odd thumbs up and a cheer from passers-by soon dispelled any doubts.

ABS, upside-down forks and twin rear shocks make for a surprisingly advanced ride but the ludicrously short wheelbase means it’s possible to get a slight speed wobble on when maxed out, even though the bike packs an – and I can’t believe I’m typing this – Inertial Measurement Unit (IMU). 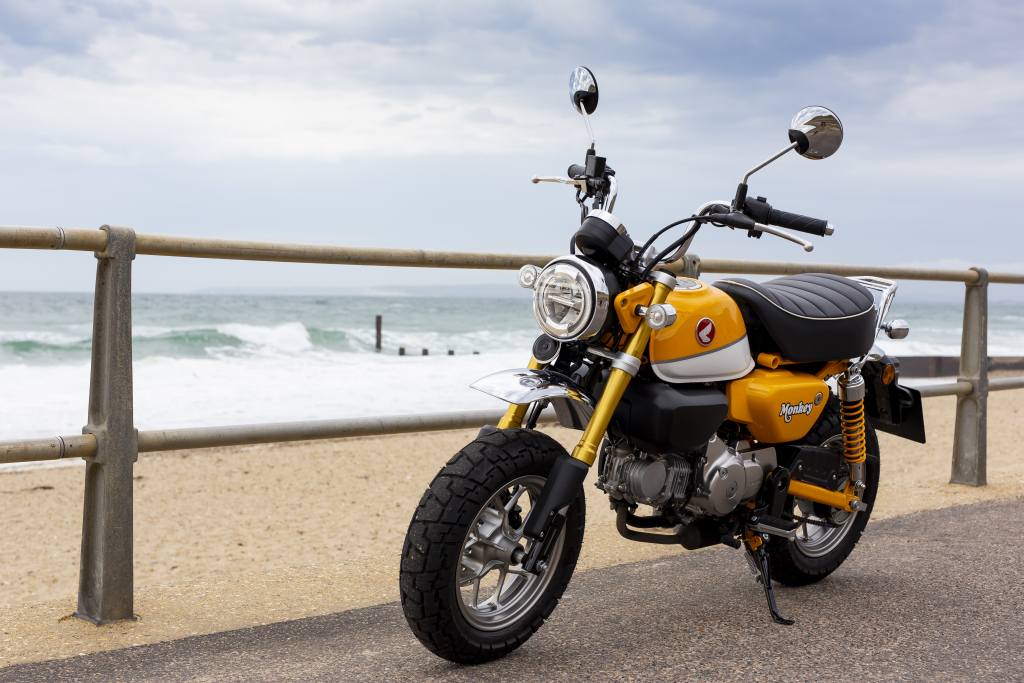 Not that we hit above 60mph, officer. Honest.

What can I say? It’s magnificently retro with the utmost care taken by Honda to ensure all of that original charm remains, despite the modern clocks and previously mentioned safety technology. 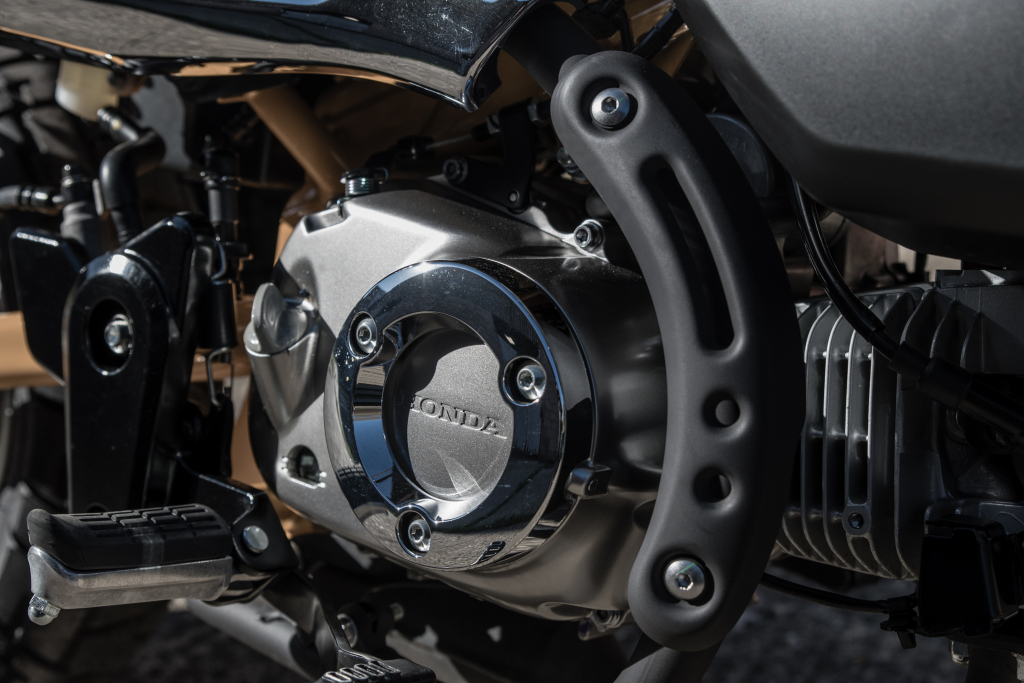 The upswept, mini-ape hanger bars are just right, the balloon tyres are fabulously balloon-y and even the original, 70s Monkey logo takes pride of place on the side of the tank.

Honda will flog you a Monkey for £3,699, which might seem a little steep but I personally think that’s quite a lot of bike for the money. Plus it comes in ace colours, such as Banana Yellow, Pearl Nebula Red and Pearl Shining Black, all of which feature a contrasting Ross White stripe.

This is a machine that’s also crying out for customisation, with the guys here at Flat-Out HQ already scratching chins and wondering what Monkey would look like with a little off-road fettling.

The reaction Monkey receives from the general public makes the package so alluring. Fellow road users don’t mind the odd close-shave filtering manoeuvre, because they are too busy laughing their socks off. 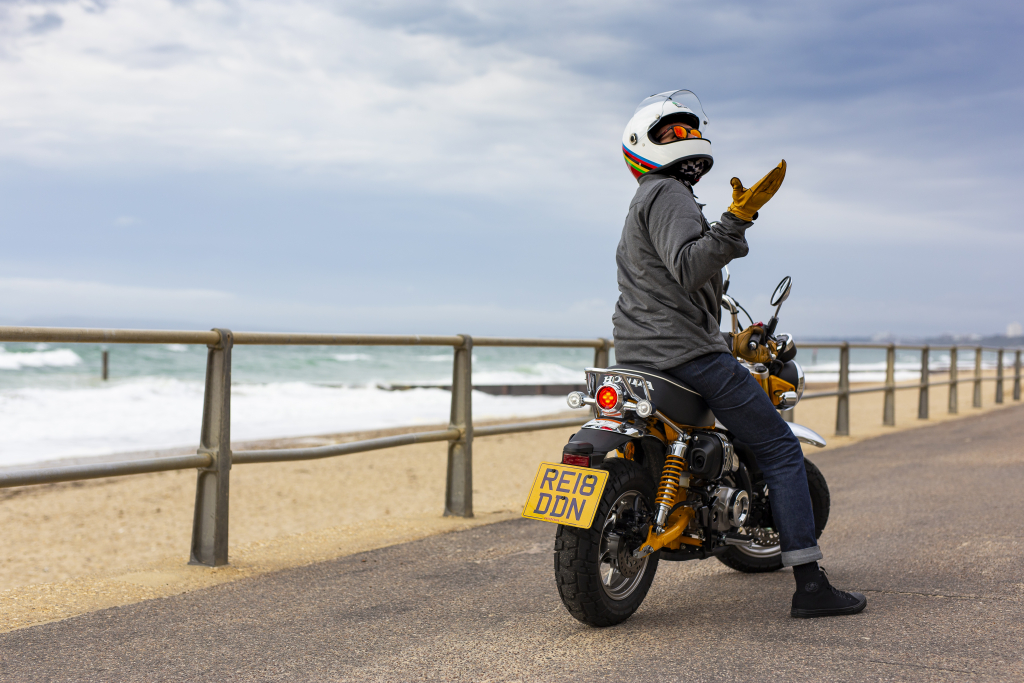 I dragged it into my local coffee shop, parked it outside an office lift and wheeled it into my living room to see if it would get a reaction, but requests for selfies and many questions were the only thing thrown its way.

At £3,699, it’s slightly more expensive than your basic urban commuter scooter but it’s so much more than that. This is a bike you can take to bed with you. Literally. 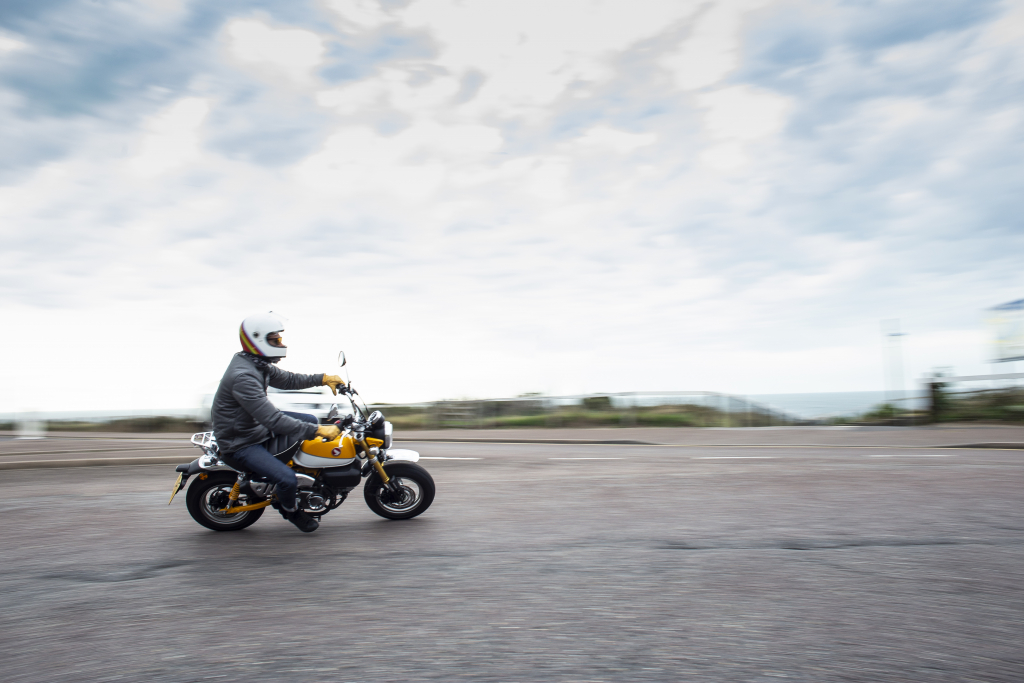 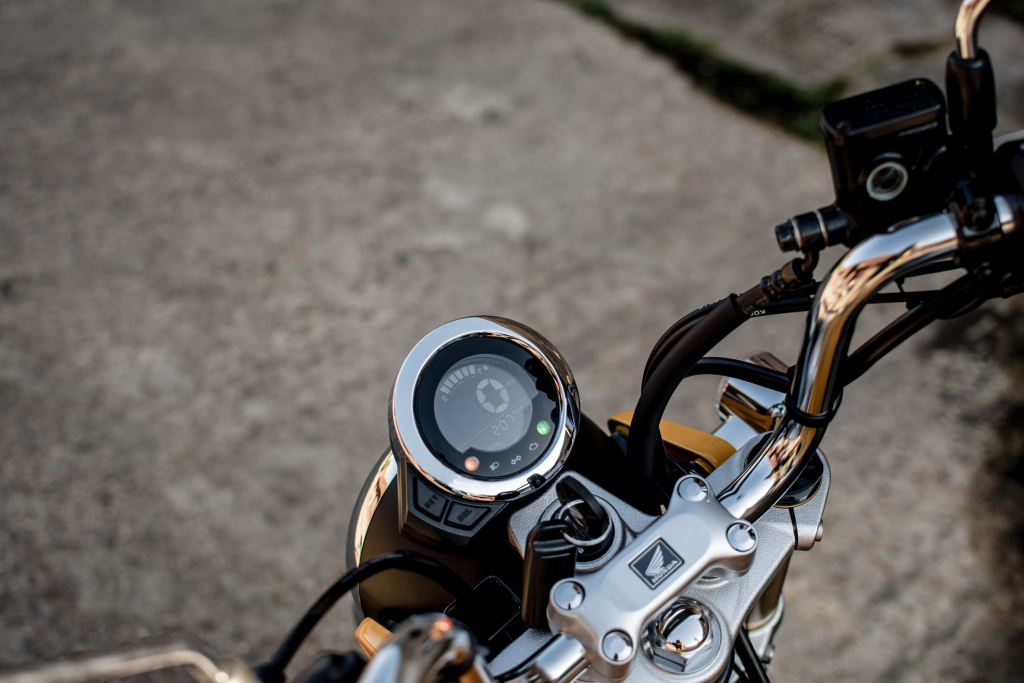