The term ‘Bobber’ is bandied around a lot these days. It seems we’ve had our fling with the café racer, the street scrambler is now passé and, thankfully, the chopper remains the reserve of the truly hardcore.

The bobber, on the other hand, is back with a vengeance. Originally created in a post-War America, these single-seat, stripped-back icons were designed by backyard builders to mimic the style and size of British machines of the era. 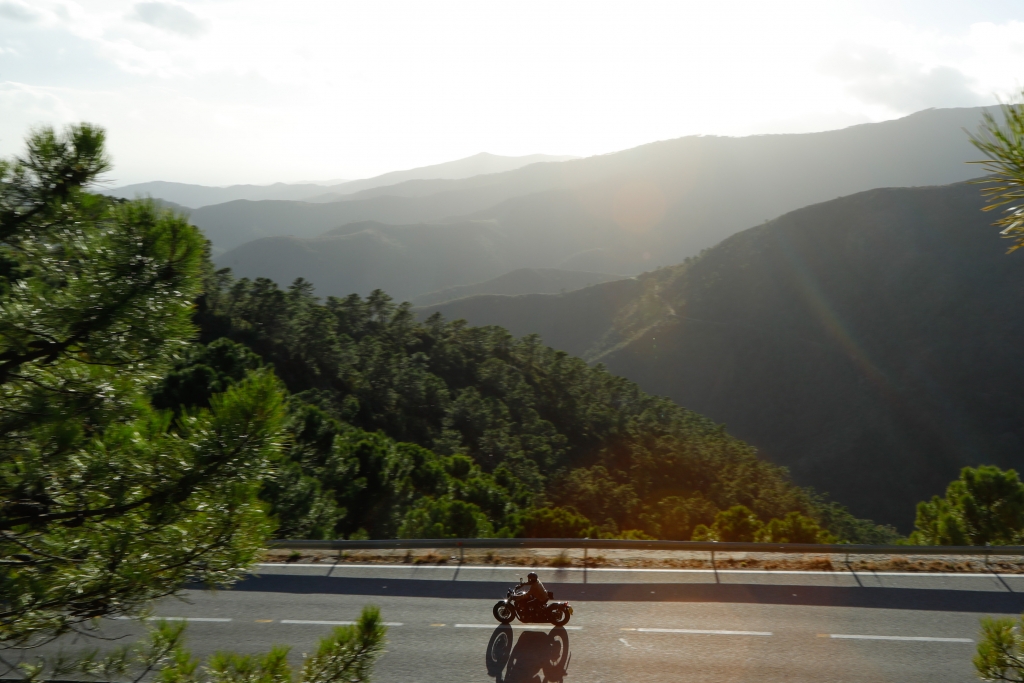 In fact, the term ‘bobber’ actually came from the mudguards, which were typically cut, or ‘bobbed’ like a fringe, to reduce weight and add to the minimalistic look.

It would be easy to think that Triumph merely cashed in on a trend when it launched its own Bonny-based Bobber in 2016, which went on to be the fastest selling motorcycle in Triumph’s 115-year history, but the truth is, the British marque has been there from the very beginning. 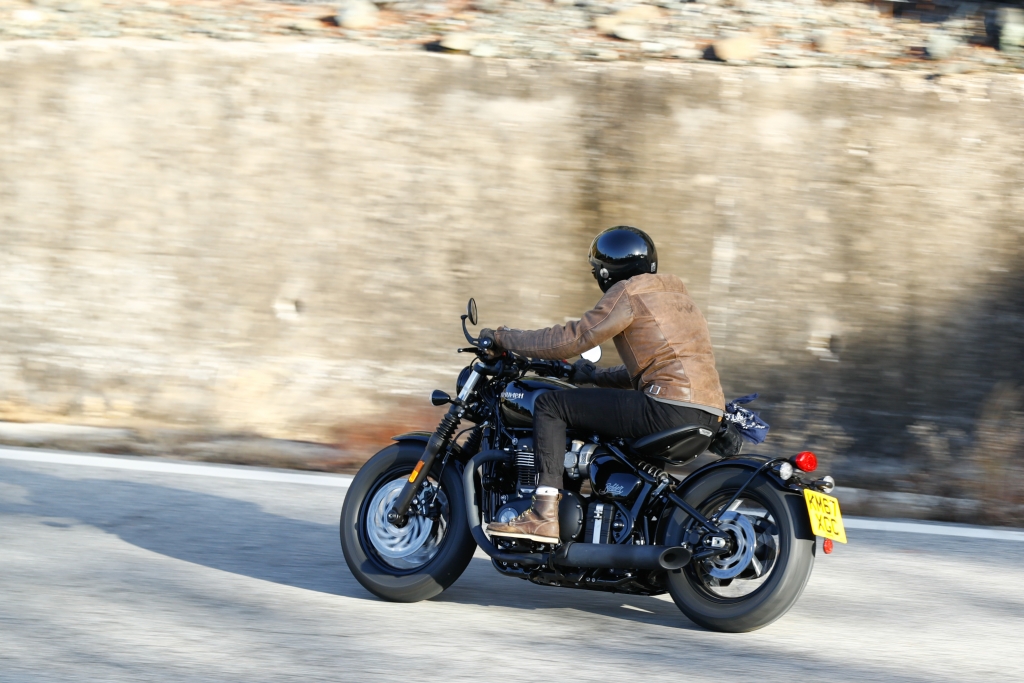 According to Triumph’s own history books, lightweight bobber versions of the 500cc 1937 Speed Twin and later Thunderbirds, Tigers and Bonnevilles all went head-to-head with the heftier American muscle in the very early days of racing.

Sporting a beefier front tyre, a lower stance and moody paintwork, the new Bobber Black not only follows in the footsteps of its groundbreaking (and slightly cheaper) modern sibling but also the very machines that kick-started the craze.

This is arguably the most pertinent area when talking about new Bobber Black, simply because very little else has changed in most of the other categories one looks towards when crafting a review. 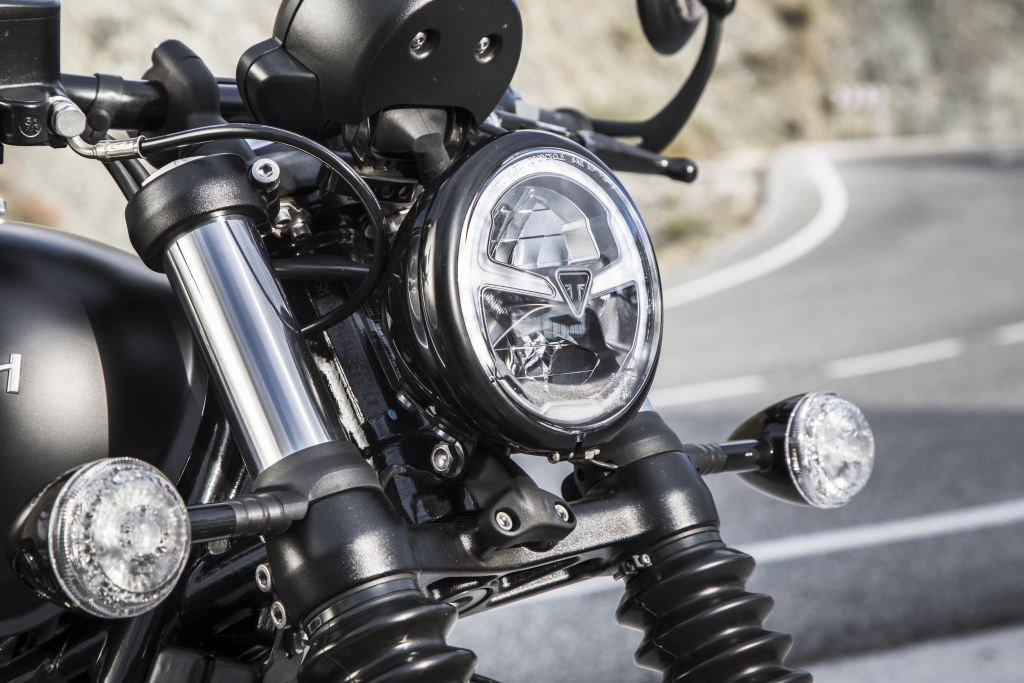 A new 16-inch wheel at the front is arguably the biggest change here, as it is some three-inches smaller than the standard version and it now wears chunkier 130/90 Avon rubber.

To compensate for such a reduction in rim, the front forks are now beefier 47mm Showa numbers, while stopping power at the front has been increased with twin 310mm Brembo discs.

In terms of styling, pretty much every chrome surface that was once shiny and chrome is now very black, with either the choice of either Jet Black or Matt Jet Black giving Henry Ford a run for his money in terms of variety. 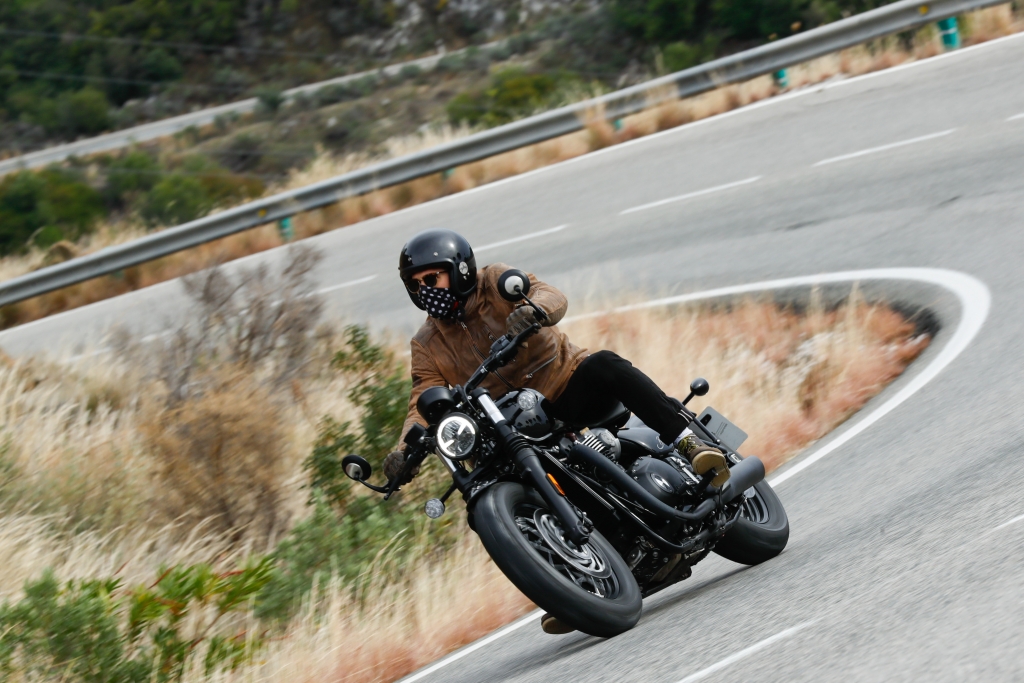 Black wheel hubs, black ‘slash cut’ sawn off peashooter silencers, a black engine casing, and black gear linkage. The list of shadowy parts is long and exhaustive but there is a glimmer of hope at the front end.

“To compensate for such a reduction in rim, the front forks are now beefier 47mm Showa numbers”

For here sits a brand new LED lamp set-up with dazzling daytime running lights, which feature a unique T-shaped halo pattern that burns bright through even the sunniest days.

Our test in the typically sunny Malaga was blighted by unseasonably wet weather, meaning we didn’t get the solid day-and-a-half riding we were initially promised but it was long enough to settle on the fact that Bobber is still lots of fun, despite the smaller front wheel. 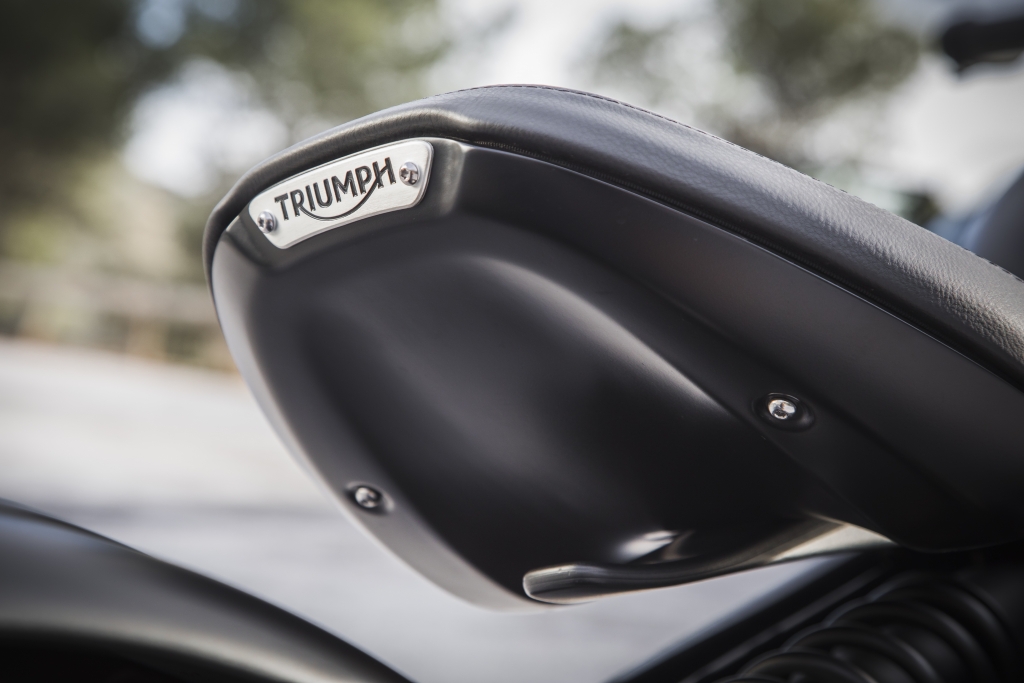 The same ‘high torque’ HT1200 engine delivers bags of pulling power from low down in the rev range, with peak torque delivered at just 4,000rpm and peak power at 6,100rpm, so there’s very little in the way of gear juggling around town.

A super smooth ride-by-wire throttle system means power delivery is linear and predictable, while a two-mode traction control system can be flicked over to a rain setting if you really don’t want to be spinning the rear wheel up in slippery conditions.

We previously took umbrage at a certain leather ‘Statement Seat’ that was fitted to the standard Bobber test bike but this Black machine had a more standard and infinitely more comfortable and supportive pew. 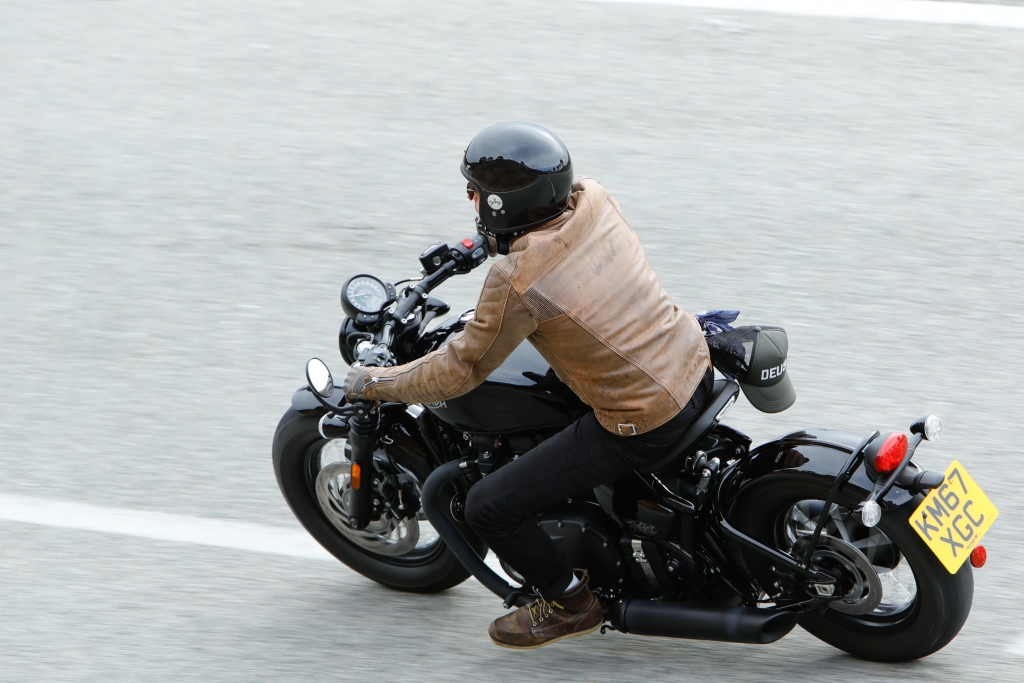 It made the longer blasts along the motorways of Malaga more bearable and even with a lack of a front screen, it cosseted enough to keep the old posterior firmly planted despite the wind wanting to push us off the back.

Someone with Spiderman-esque motorcycle senses might say that the standard Bobber feels slightly more direct and pointy through corners but we’d be lying if we said the Bobber Black was any less fun than its slightly cheaper sibling.

Simply put, the Bobber black is all about the meatier styling, the darker tones and that excellent front lamp. It is shorter, stockier and meaner to look at, which can only be a good thing in our eyes. 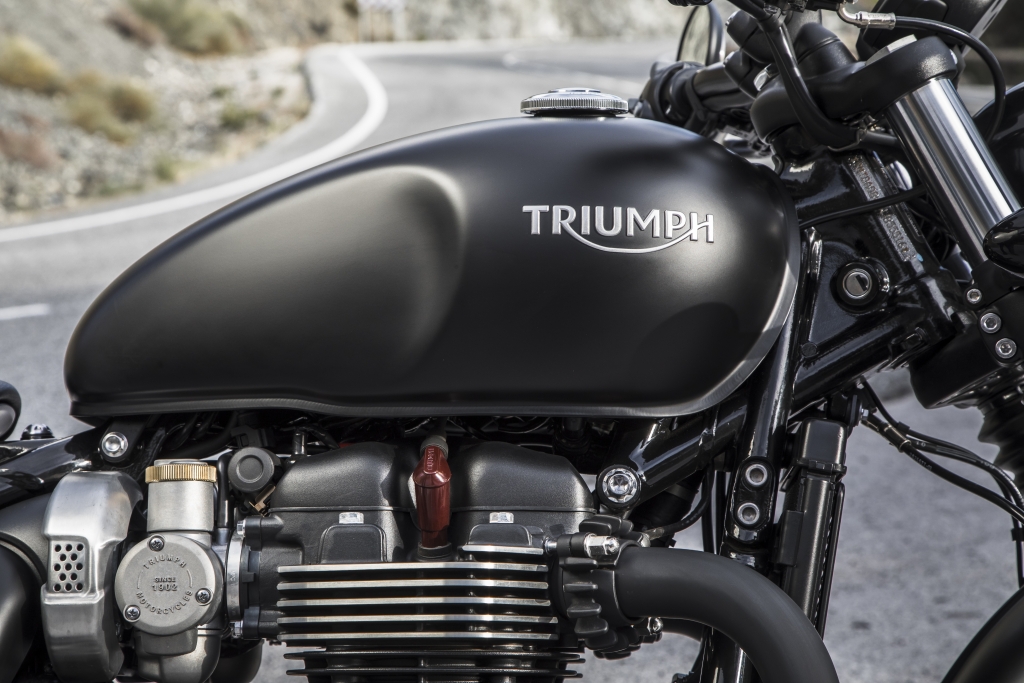 Prices start at £11,650 (£11,775 for Matt Black variants) in the UK, seeing an increase of £1,050 over than the standard Bobber, but considering the glut of additional kit thrown in that feels like a good price.

Yes, you get a lot more engine when you plump for a similarly priced Harley-Davidson but Triumph seems to fully understand the retro styling thing.

It has managed to create something in the Bobber Black that looks fantastic when driven straight off a dealers forecourt and even better with some very mild, dealer-fit optional niceties bolted on. 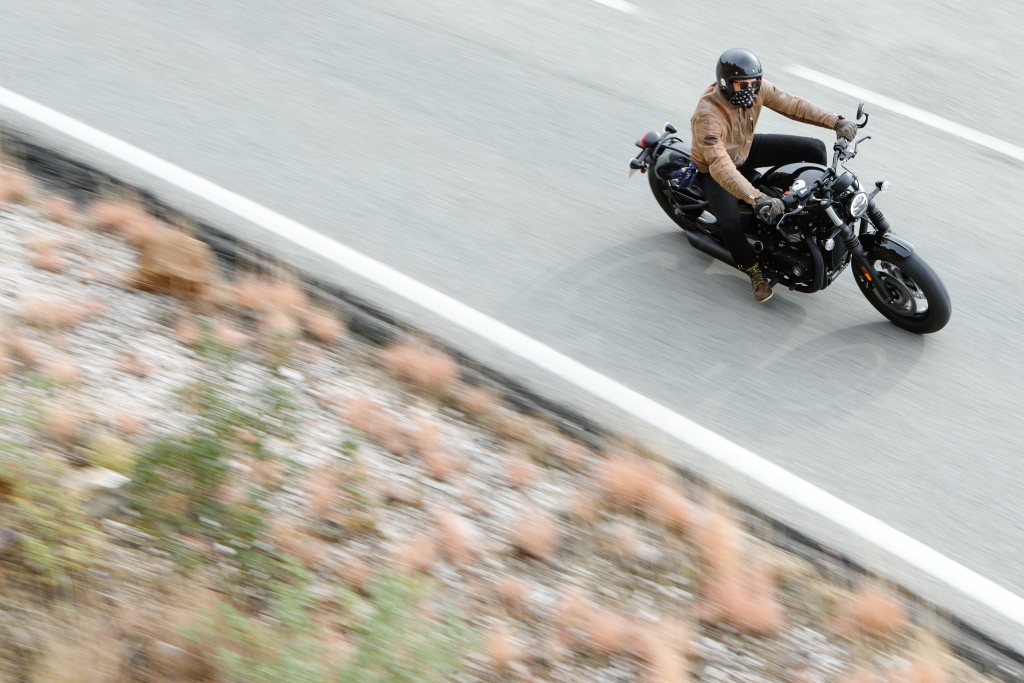 There’s no real need to hand it over to your local builder and spend additional money making it look truly striking and in our eyes at least, the same can’t be said about the American iron currently offered from across The Pond.