Do you know how you can tell that the current market for pick-up trucks was born in the late 70s or early 1980s? Because they all look like jacked-up Tonka toys or Hot Wheels replicas of something you’d see at a Monster Jam World Final.

Disregarding American things for a moment (they have always been grotesquely massive), pick-up trucks used to be relatively small utilitarian vehicles. Check out the diminutive proportions of a first generation Toyota Hilux or swoon over the simple lines and bulldog spirit of the original Mitsubishi L200. These weren’t much larger than the average family runaround.

Today, all manner of folk are driving around in pieces of machinery that wouldn’t look out of place on a building site, partly thanks to the friendly tax breaks and partly because our modern lifestyles now see things like jet skis, motocross bikes and stand-up paddle boards regularly hauled at weekends. 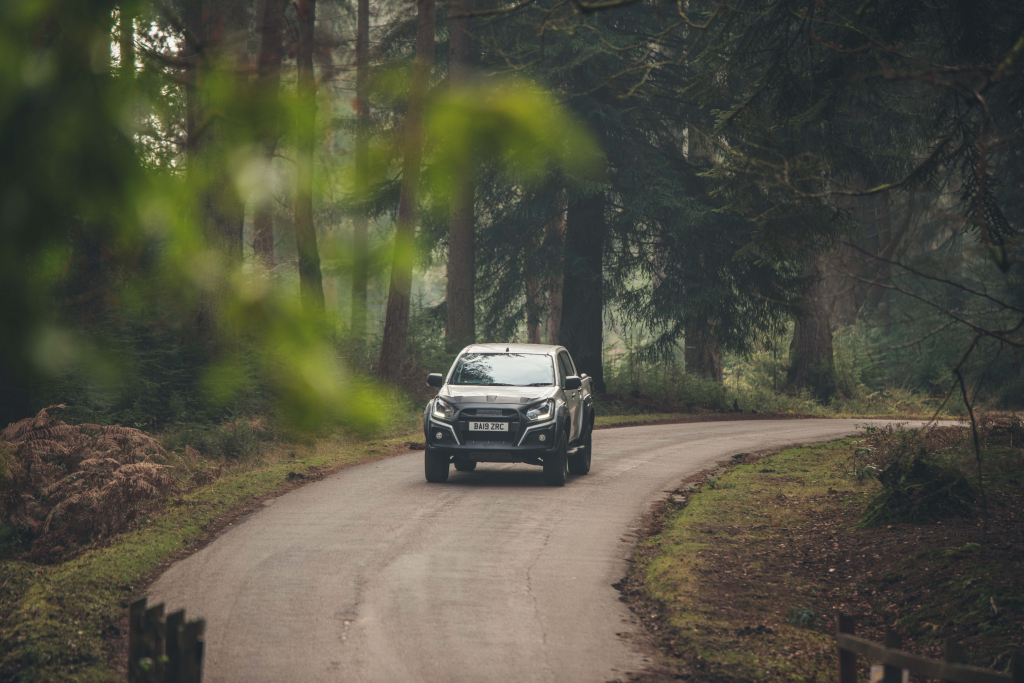 Manufacturers are wise to it, too, with the likes of Mercedes-Benz, Nissan and Volkswagen all offering pretty plush pick-ups that will happily double-up as a daily commuter. But what happens when buyers want more?

The Ford Ranger Raptor happens, that’s what, and Isuzu has clearly looked at the success of this Baja-busting giant and has decided it wants in on the action. The Isuzu D-Max XTR, to give it its full title, is a £40,735 (if you’re not VAT registered) offering from a company that will sell you a basic, no-frills workhorse for £16,909.

“Let’s not beat around the bush here, a lot of the dosh ploughed into an XTR goes towards the trick suspension system”

But where the rest of its model line-up is largely aimed at the commercial vehicle market, the XTR has gone full #lifestyle. Frosty paintwork, neon decals, a full Pedders off-road suspension upgrade, metallic under-cladding, an Alcantara-wrapped steering wheel and some sort of protective gimp mask on the bonnet are just a few highlights. But forty grand? For an Isuzu D-Max? 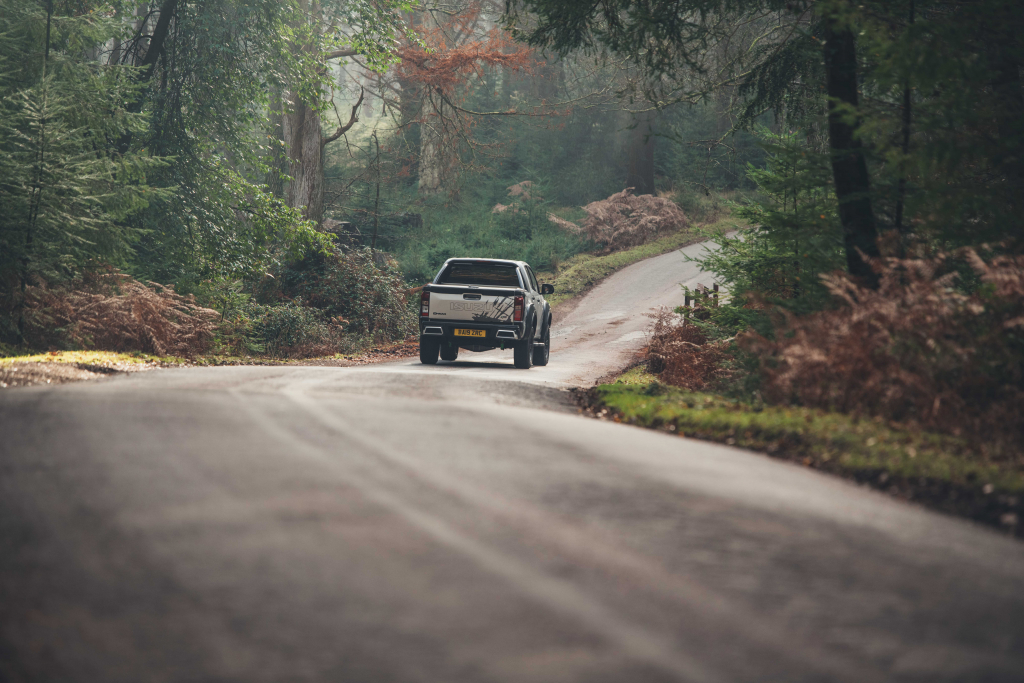 Let’s not beat around the bush here, a lot of the dosh ploughed into an XTR goes towards the trick suspension system, which was handily highlighted in neon green on the model we tested. The set-up is beefy, to say the least, with an additional ground clearance of 250mm enabling everyone to have a good look at the protective under-body cladding.

There are also some ludicrously powerful Kevlar ceramic front brakes, new alloy wheels, side steps that gouge shins every time you enter and exit the vehicle, stronger upper wishbones and some generously padded front seats.

All of this stuff works very well off-road (thanks in part to some hugely capable Pirelli Scorpion tyres) and it sort of boasts the same party trick as the Ford Ranger Raptor – namely offering a smoother ride over rutted surfaces the harder you punch the accelerator pedal. 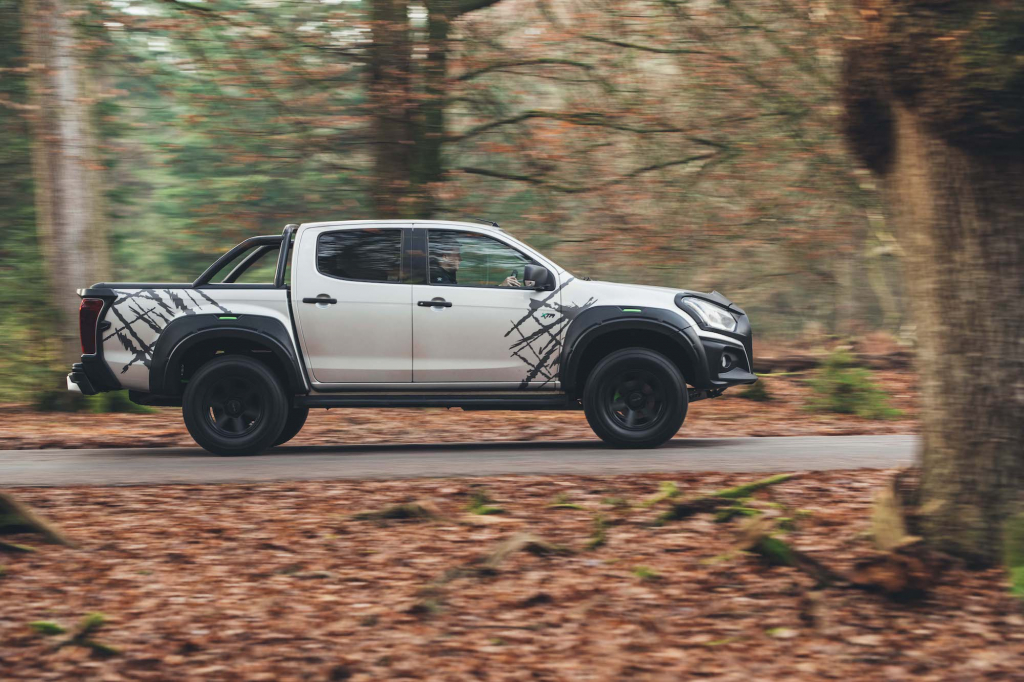 But that’s really where good times end and negative bits start to rear their ugly heads. The steering is overly heavy and anyone stepping out of a VW Amarok will end up in the physio’s treatment room with knackered shoulders after a few hours.

The engine – a pretty basic 161bhp 1.9-litre diesel – runs out of puff surprisingly quickly, too, and it makes a hell of a racket when the accelerator is floored. Spec the more expensive automatic gearbox, like the model tested here, and you’ll find it continuously hunts for cogs around town as it searches for the perfect amount of torque to exit a roundabout or junction. It’s annoying.

Similarly to its off-road characteristics, the D-Max XTR actually improves once it is up to speed. On motorways, for example, the engine settles down and the suspension does a great job of wafting over scarred road surfaces. It’s also pretty quiet and comfortable in the cabin but the infotainment system is a massive let-down, especially when compared to any of its current pick-up rivals. 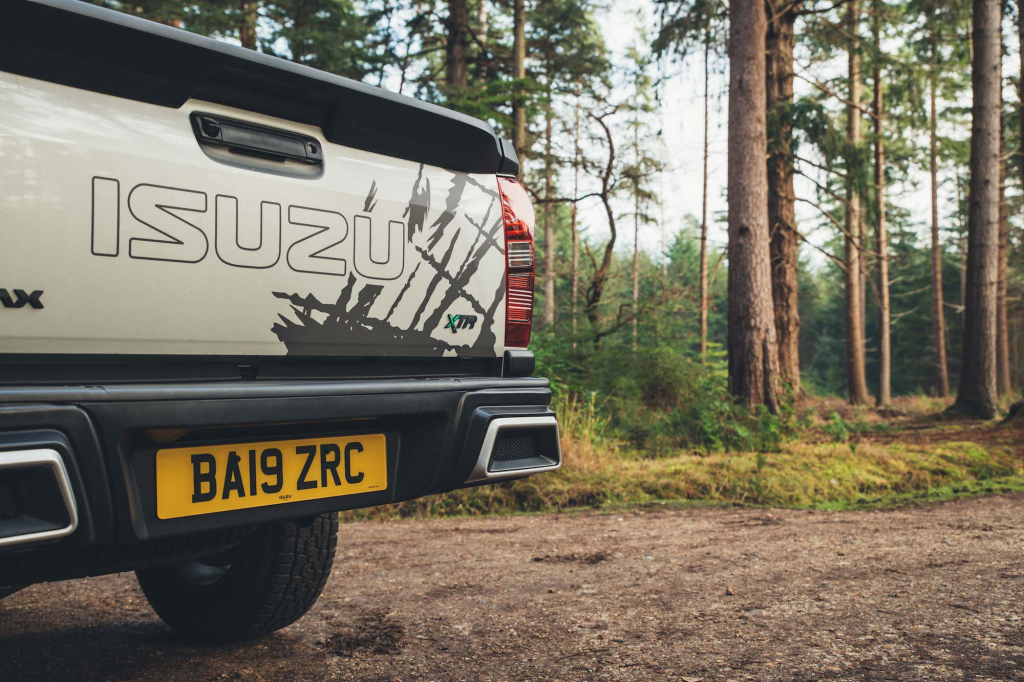 Despite its imperfections, including front seat heaters that seemingly never switch off, this is one of those vehicles that you just can’t help falling a little bit in love with every time you see it. It’s just too ridiculous not to like.

Granted, this is no way near as refined as the Ford Ranger Raptor it hopes to compete against, but Isuzu have always been “the pick-up professionals”, who seemingly create automobiles that can withstand a nuclear fallout. There’s an incredible five-year/125,000-mile warranty to back up that theory.

Get it on some slippery surfaces and it absolutely laps it up, the gruff diesel engine just begging to be pushed harder to pull the XTR out of a bind. There is also something refreshingly rugged about it – the general build of thing suggesting it wouldn’t mind being slammed against the odd rock or thrown through the occasional farm fence. 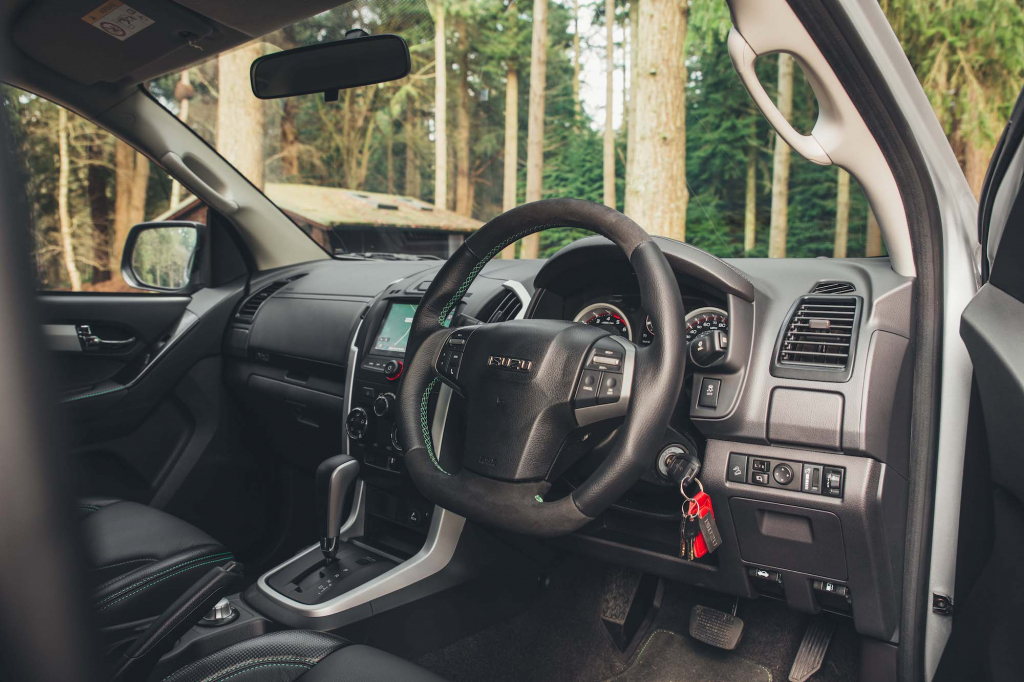 As lovely as the Ranger Raptor is, it feels a tad over-stylised and preened to perfection, its interior festooned with leather seats and other fancy flourishes that probably don’t take too kindly to being dowsed in cow shit.

The XTR is, as its name suggests, a pretty extreme example of where pick-up customer’s tastes currently lie, but it’s tough not to be a little enamoured with it. Would I buy one? Probably not, but I will doth my cap to any owner I might pass on the road. After all, they’ve probably got shoulders like Eddie Hall. 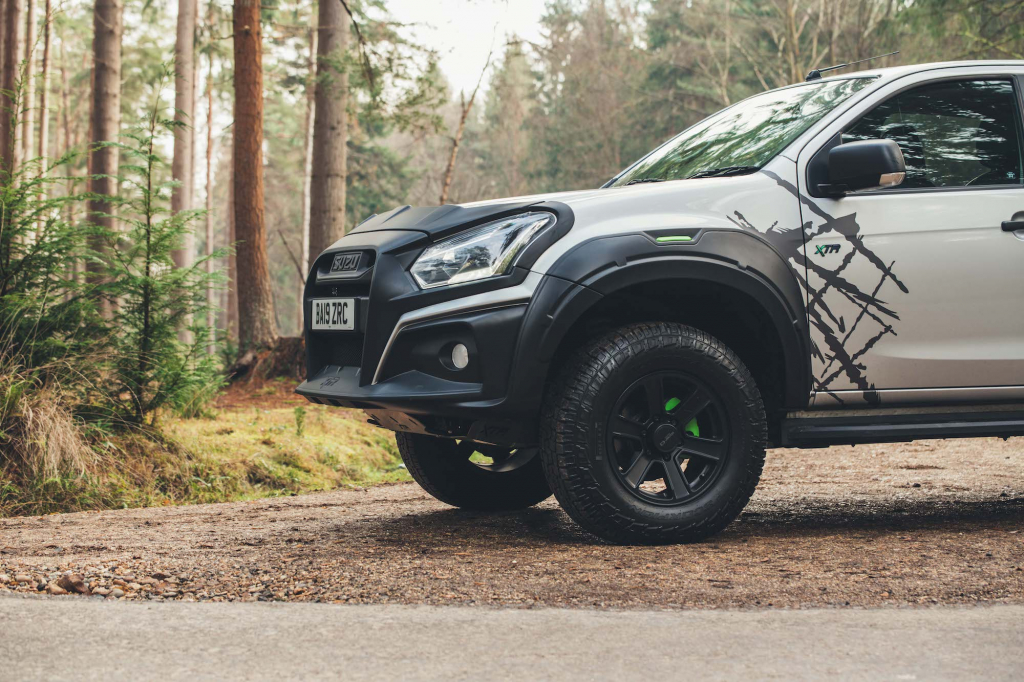