Most manufacturers like to make a big deal about their new electric car offerings. “This is the future”, “we are going to change the world”, “we have saved the kids”… that kind of thing. But Mercedes has been relatively quiet about its first all-electric offering.

Surprising, considering the German marque has set aside a staggering £9.2 billion to accelerate its plug-in vehicle line up over the coming years. In short, we are going to see a shed-load of leccy cars with the three-pointed star on the front over the next few months, and you probably didn’t even know it.

The Mercedes-Benz EQC 400 – to give it the full and rather tongue-twisting title – is the very first of this new EV revolution and, much like its marketing campaign, is unexpectedly understated. After all, it is essentially a GLC with the internal combustion engine removed and a few fancy battery packs added. 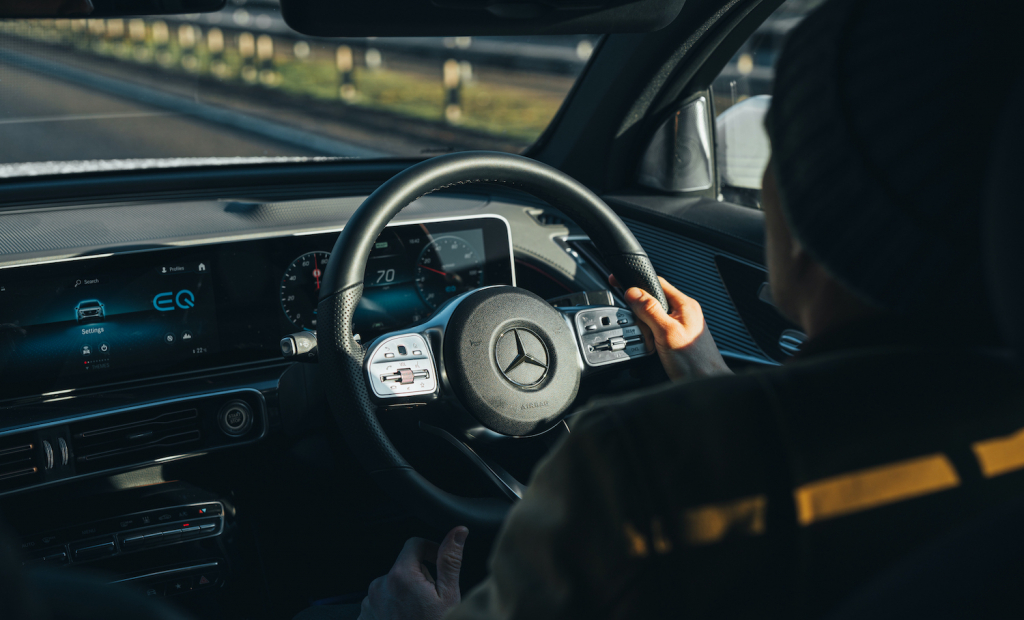 Image by: Will van Wingerden

Where most other manufacturers are busy burning money on fancy new chassis, platforms and other such frivolities, Mercedes is sticking with what it knows and merely refining an existing package to work with electric power.

It’s a solid move, because the platform upon which the EQC is based is already very good and the engineers behind the car have freed up more time to refine the offering to the nth degree. It is so quiet and comfortable at cruising speeds, you’d be forgiven for thinking it had rolled off a Bentley production line.

“It is quiet, smooth and very luxurious to lounge in”

Electric vehicles are famed for their enormous torque outputs and the EQC is no different, its 80kWh battery pack power two electric motors – one mounted to the front axle and another at the rear – develop a scintillating 403bhp and 760Nm from the moment you stamp on the throttle. It is grin-inducing stuff and the best way to beat almost anything away from the traffic lights. 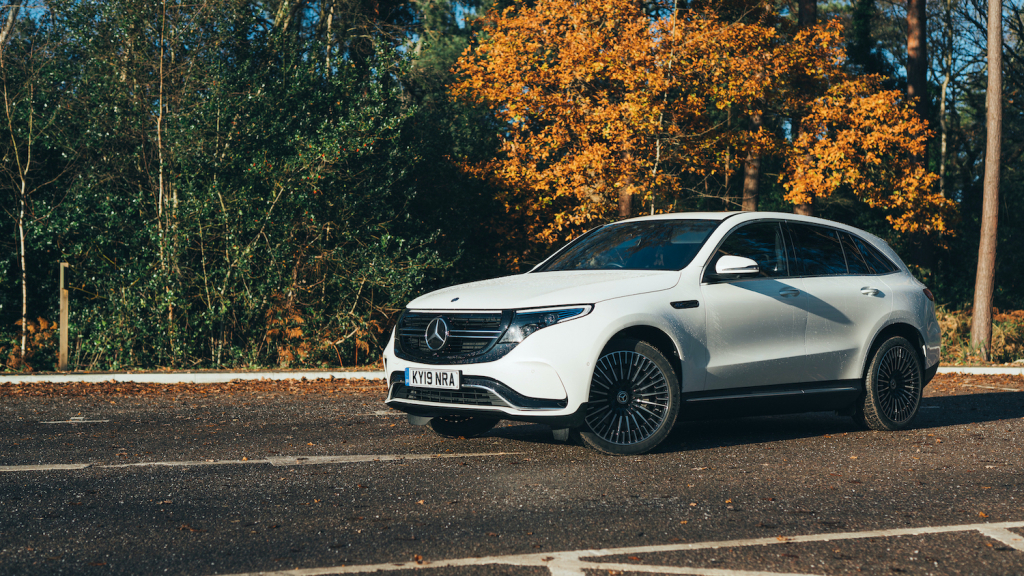 Image by: Will van Wingerden

But this kind of ‘shock and awe’ EV acceleration is already getting a little long in the tooth, what with almost every motoring YouTube channel full to the brim with cookie-cutter drag racing videos that almost always involve a Tesla – which is rapidly becoming the ultimate click bait machine.

Instead, the Mercedes impresses with its dedication to quietness and comfort. Refinement levels are so high here, occupants can almost hear a pin drop when stuck in traffic or hacking along the M3. If you appreciate some time alone with your thoughts, this is the car to do it in.

Inside, there’s enough room for five adults to sit comfortably, while the interior surfaces are beautifully crafted. The air vents, for example, are designed to look like a computer circuit board, while the metallic trim elements feature a cooling fin design inspired by battery packs. It’s all very high tech and futuristic, which makes us think it could date pretty badly, but it looks great for now. 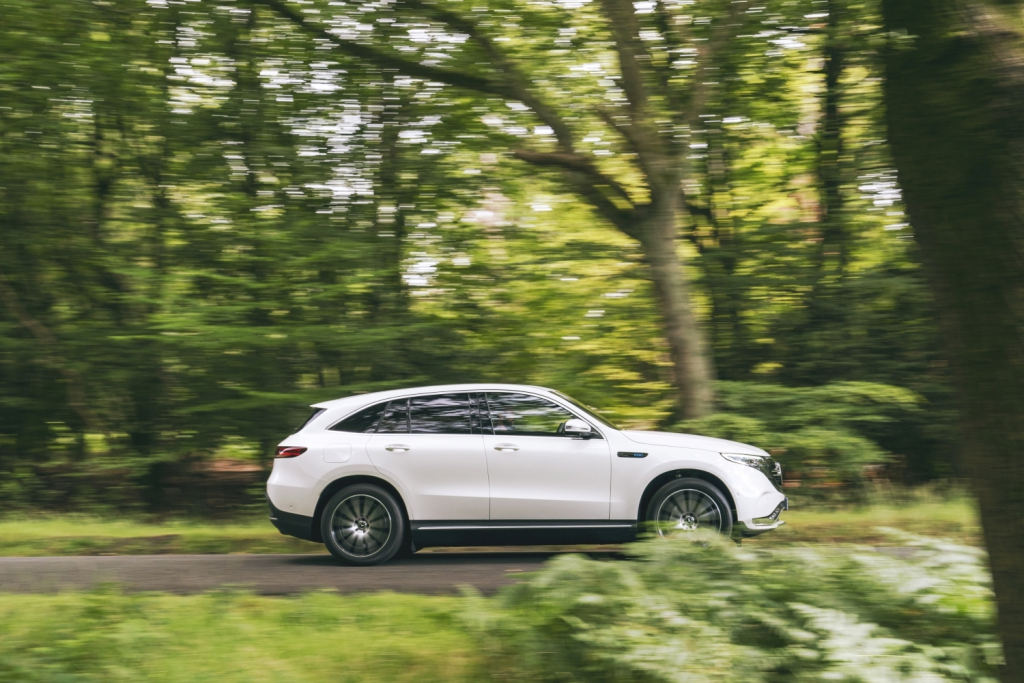 There’s plenty of electric blue accenting inside and Mercedes’ latest MBUX infotainment system sits proudly at the centre of it all. Operated by a haptic feedback touchpad, it is fast, reactive and constantly online for live app updates. It also includes voice activated controls via its “Hey Mercedes” software.

Similar to Amazon Alexa or Apple’s Siri, it allows an abundance of functionality to be controlled via voice commands, rather than fiddling with buttons. For example, occupants can simple say” Hey Mercedes, make it warmer in here” and the car will adjust climate control accordingly.

It works surprisingly well and adds an additional tech flourish to an already very premium feeling interior. But then customers will demand this, seeing as the entry price for this car is £65,720 in its most ‘basic’ form. 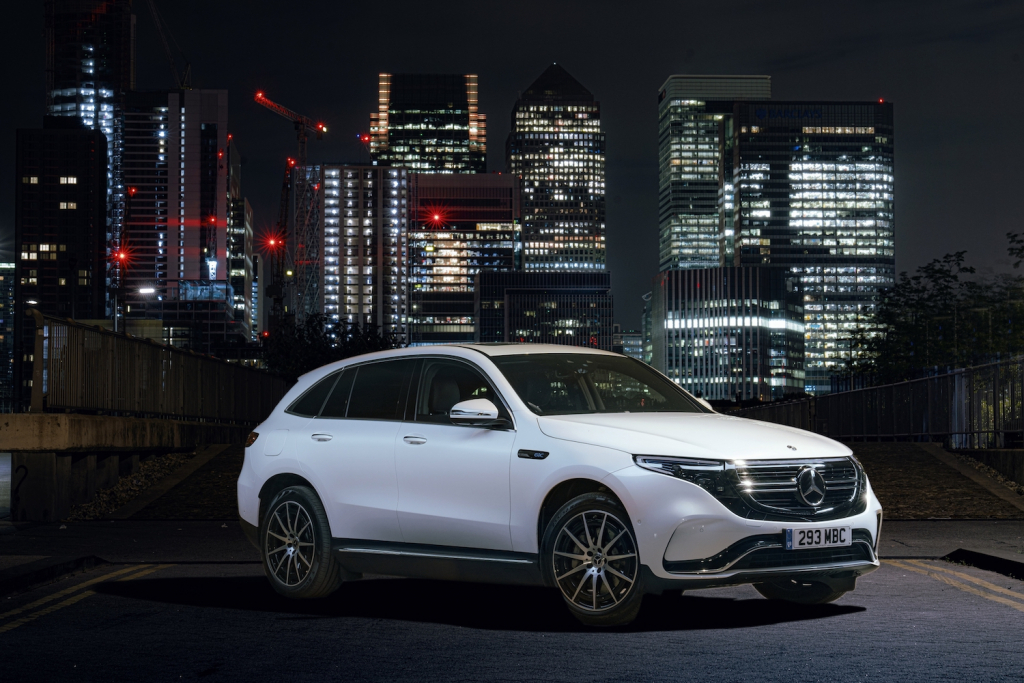 Plenty will be concerned with how it drives and the sort of range you can expect. Well, the official WLTP figures are very competitive here, with the EQC able to return between 232 and 259-miles one a single charge. We’d suggest believing the more conservative end of that spectrum, as even a short blast of heavy-footed driving can adversely affect range.

There is a quirky Maximum Range mode though, which makes use of the navigation system and on-board cameras to read the road ahead and provide assistance to any driver trying to wring the most out of the 80kWh battery pack. It’s a mode many owners will get bored of quickly though, as the endless interventions don’t seem like a worthwhile trade off for a slight increase in range. The Eco and Comfort modes are where it’s at, and for the most part, the EQC will run on the front axle’s electric motor only, saving valuable juice.

It is quiet, smooth and very luxurious to lounge in, but maximum charging capability when those batteries run dry is 110kW, which will fall short of the 150kW charging system that is slowly expanding across the UK. Expect a full top-up to take around 40 minutes from the fastest outlets. 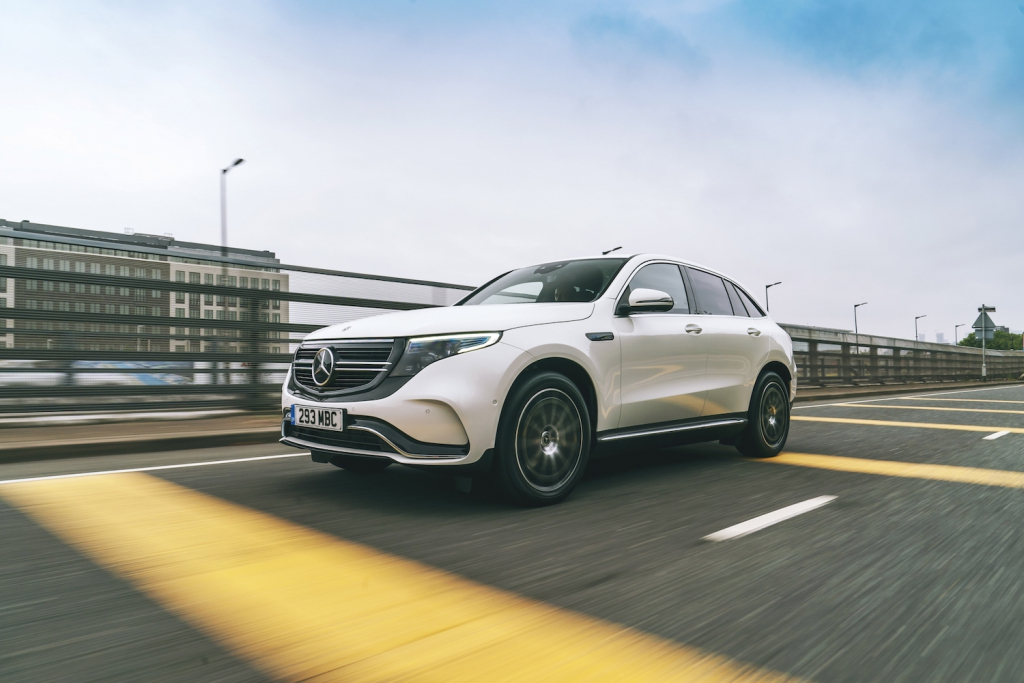 The drive is otherwise nothing to write home about. After all, this is a machine that weighs 2.5-tonnes, so no amount of dynamic intervention can prevent the roll when entering a corner too fast. It is quick in a straight line, though, and it will breeze away from a standstill with gut-busting results.

But drive it like intended (chill on the aggressive steering inputs, yo) and it makes for a pretty perfect everyday ride. One that soaks up bumps with aplomb and manages to seal occupants from the noise of life.

It’s not a shouty electric vehicle, nor does it feel like it has landed on a spacecraft from the future. Instead, it all feels very normal, which we expect is exactly what Mercedes was going for. In that respect, they’ve hit the nail on the head. 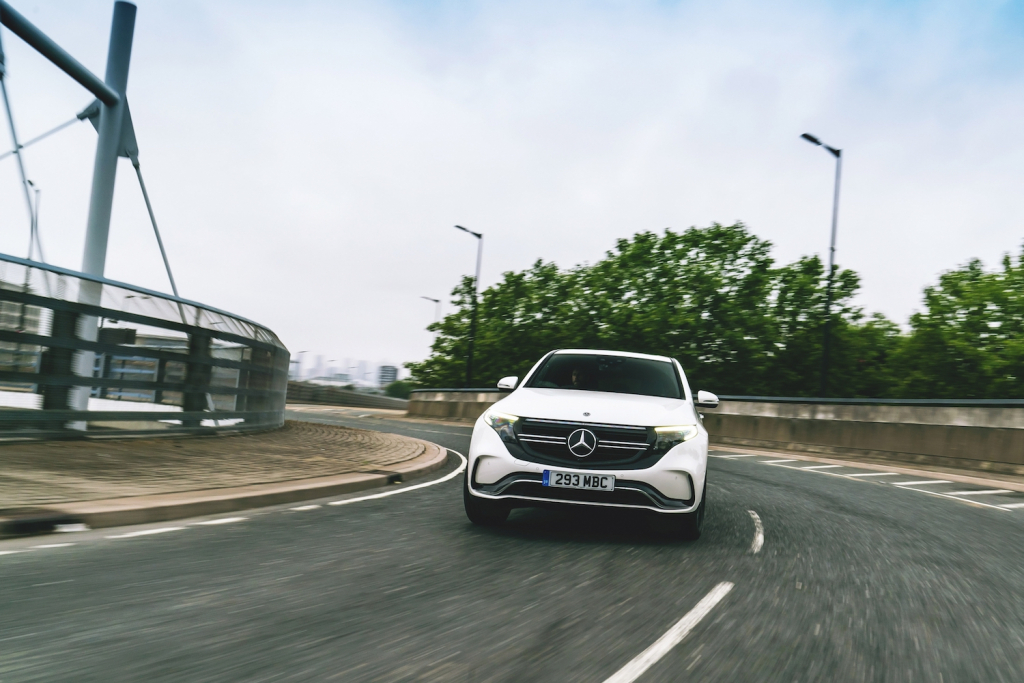