On paper, the Mini appears to be the perfect patient to receive an EV transplant. Small, nippy, completely at home dodging city traffic, this relatively diminutive hatchback often serves as the second family car, or spends much of its time completing a multitude of short journeys like a jacked-up go-kart.

With a range of around 145-miles, the Mini Electric falls short of some of its keenly-priced rivals, with Hyundai and Nissan offer twice that distance, but the marque has always played on its city car credentials and to many owners, simply having that cute and cuddly exterior is enough to make up for a lack of range. 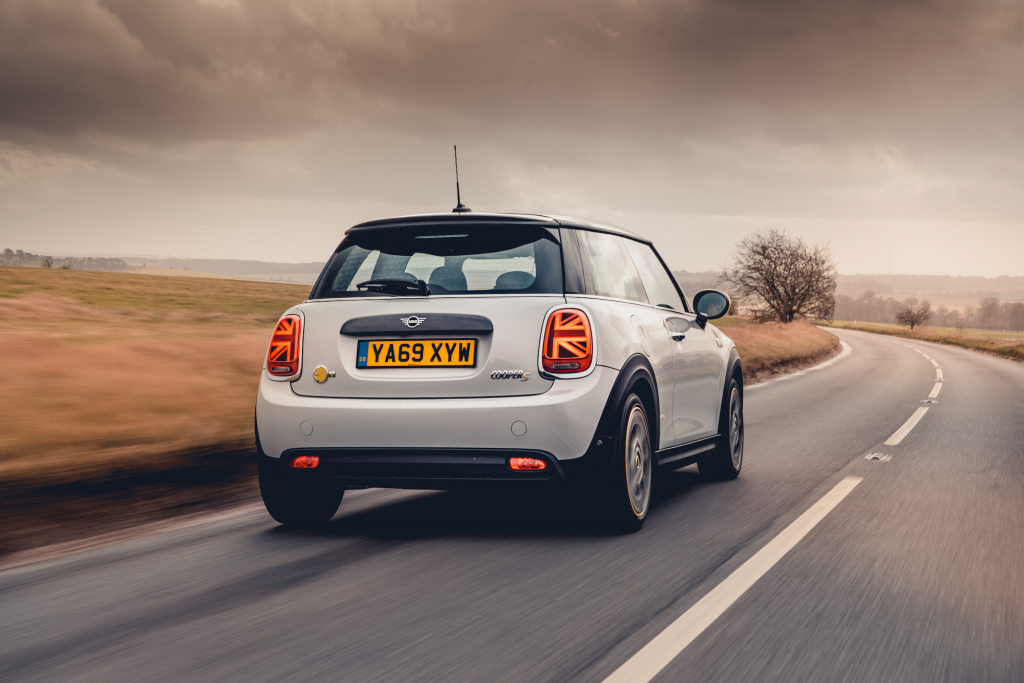 But does it still fell like a Mini? Well, yes. It’s arguably one of the greatest achievements here, as despite the extra mass from numerous battery packs and electric motors, the Mini Electric still retains its inherent zippiness and sense of fun.

Strip the Mini Electric back and you’ll find a single electric motor that drives the front wheels. Like the Mini Cooper S, this dishes out 182bhp but power is drawn from a 32.6kWh lithium-ion battery pack that’s cleverly stashed into the Mini’s shell, so it doesn’t impede on the already-stingy interior space. 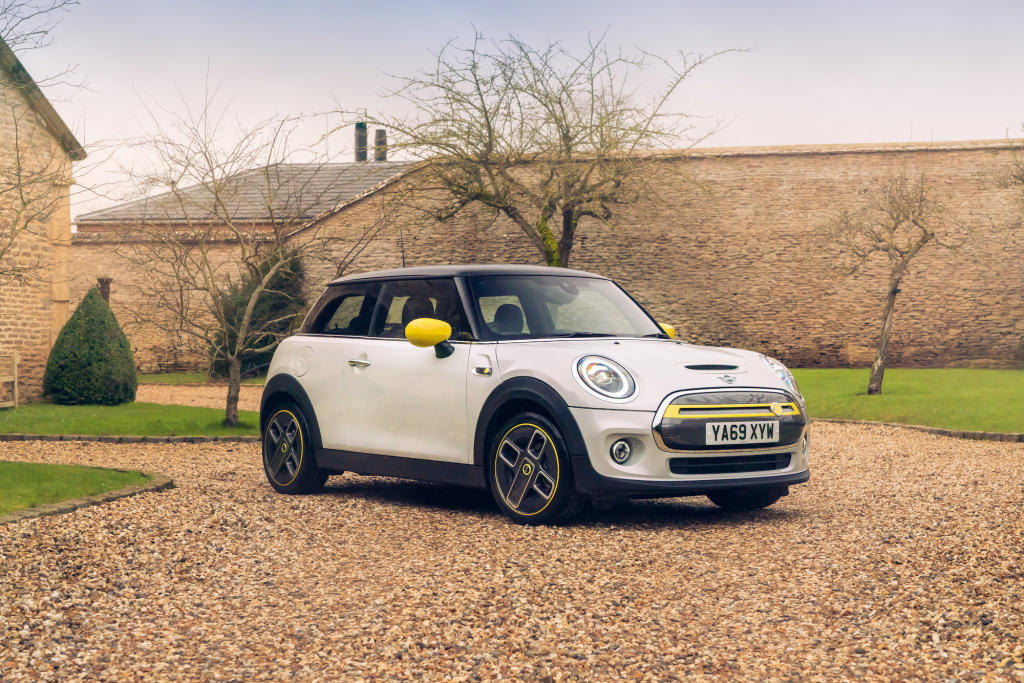 Power might be similar to its sporty, fossil fuel-burning sibling but this more environmentally conscious version is a portly 145kg heavier, pushing the overall mass to a bloated 1,365kg. Apparently, this mass is located towards the rear of the car but engineers have still had to stiffen up the suspension to cope.

Now, Mini Cooper models have always been a tad firm, its what gives them their comically chuckable character, but this electric version might just be a little too rigid over the lumps and bumps in British roads. Granted, it ensures the EV remains a hoot to hoon, but it’s not the smoothest thing to spend time in. 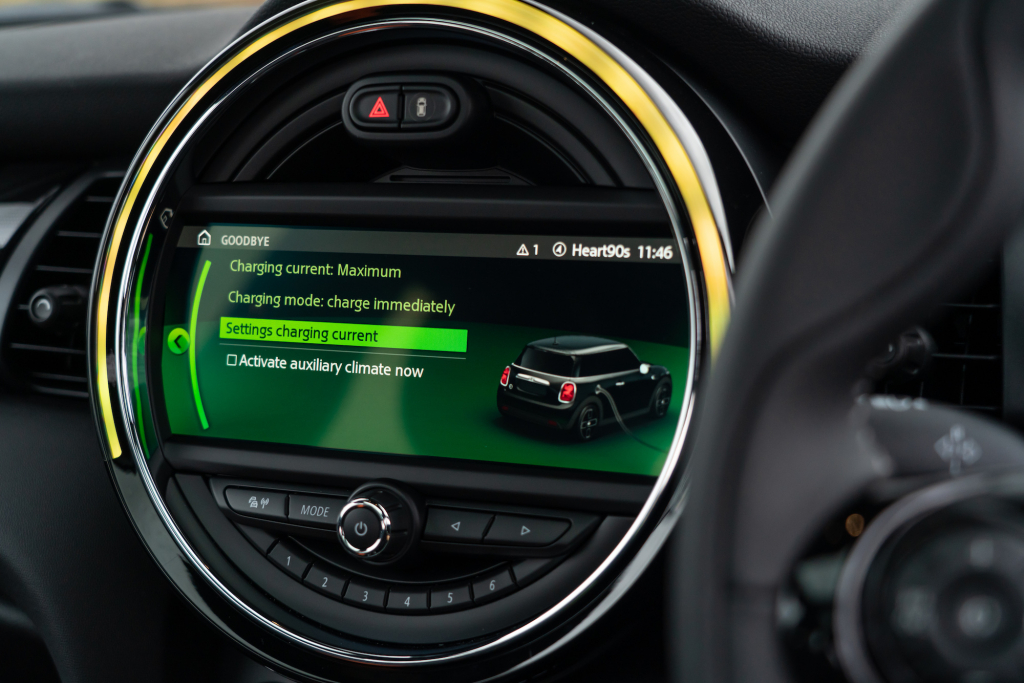 Regardless, it’s still possible to smash the 0-62mph sprint in a respectable 7.3 seIt won’t quite trouble a Cooper S in terms of performance but it is a quick little car off the line. It also handles with Mini’s renowned ‘go-kart’ feel, proving absolutely hilarious around mini roundabouts and through the curvier sections of smaller roads.

There are numerous driving modes too, which range from a full-on Sport mode that predictably firms up the steering feel and gives the driver access to all of the electric powertrain’s horses, while Green and Green Plus throttle back the delivery to eke more mileage out of the on-board batteries. 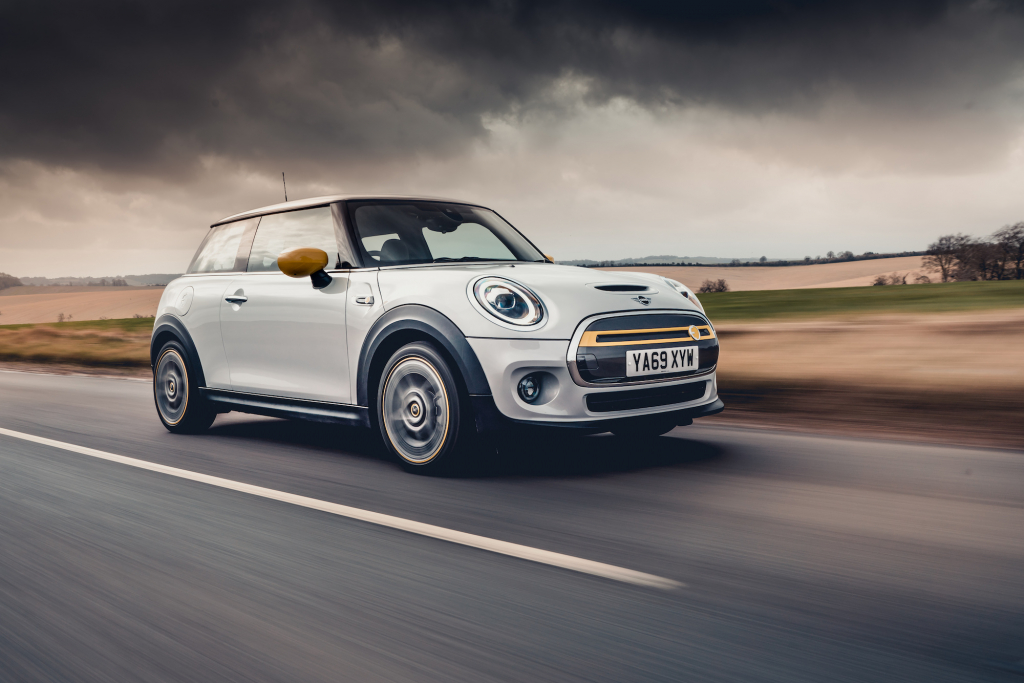 But let’s talk about region braking for a second, because the default mode on the Mini Electric is aggressive to say the least. Like Nissan’s ePedal technology, lifting off the throttle sees the car essentially coming to a complete stop. It helps pump more energy back into the batteries but it’s easy to catch drivers unawares.

Annoyingly, there’s no option to tailor the amount of regen braking, with a lone toggle switch offering the choice of “hardly any” and “flipping loads”. The Mini Electric defaults to “flipping loads” upon start-up, so it pays to get used to this ‘one-pedal’ style of driving. 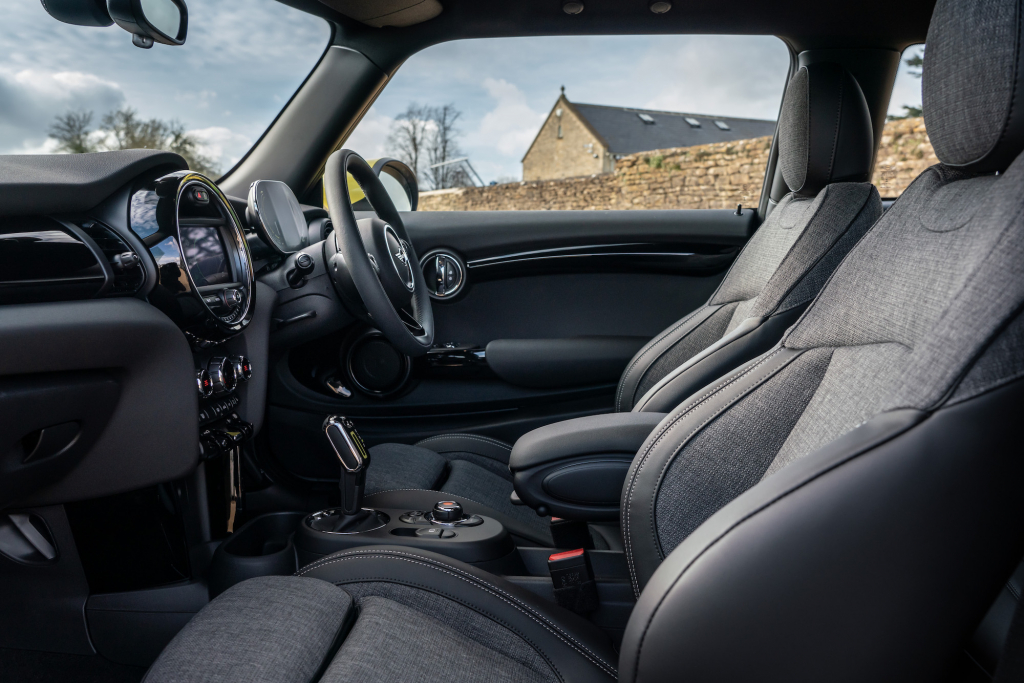 Life in the blast lane

With just two doors and a 211-litre boot, the Mini Electric isn’t exactly the most family-friendly machine on the market. Head and legroom in the rear actually isn’t too bad, it’s just accessing that compartment that’s the tricky part.

Both front seats have a quick release lever to slide them forward and tuck the seat-backs out of the way, but it doesn’t leave much of an aperture for humans to post themselves inside. Try loading a baby into a child seat that’s slotted into one of the rear Isofix points without getting stuck. It’s practically impossible for anyone of average build. 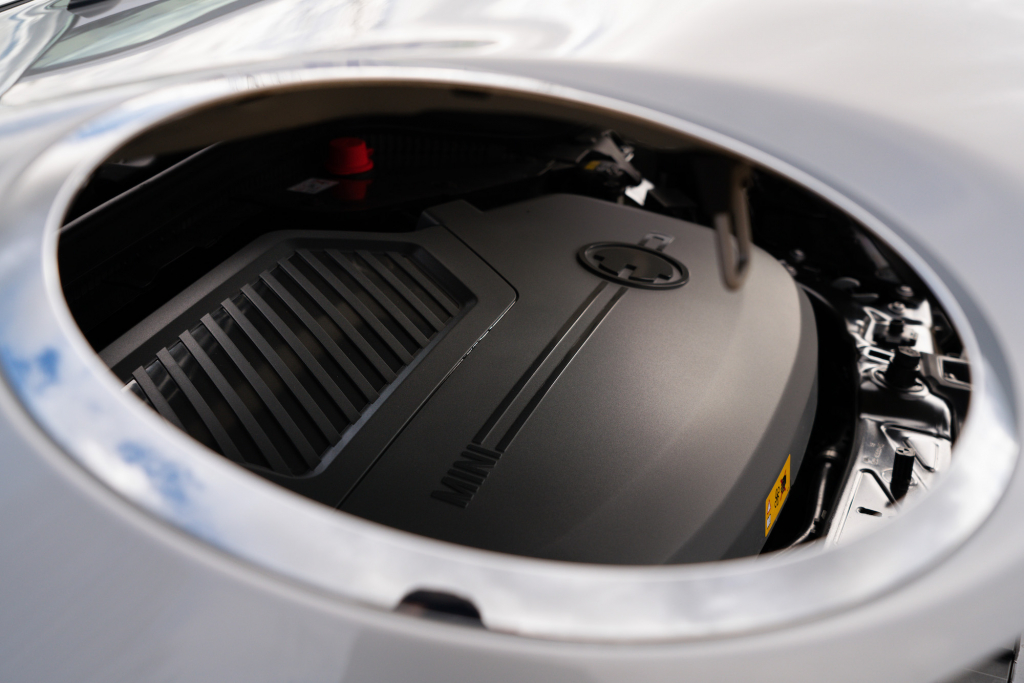 Much of the switchgear is mapped to funky toggle switches and everything inside feels reassuringly well built and premium. There’s also lots of flashing lights and neat personalisation touches that bring a smile to owner’s faces. It’s all very Mini. 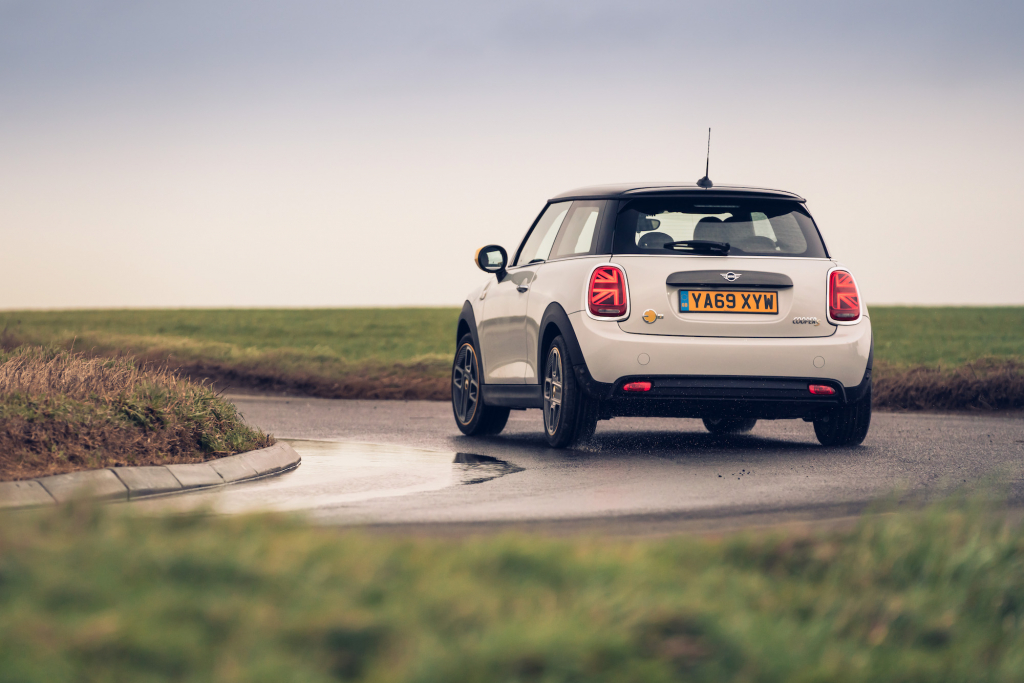 Charging is also fairly simple, with Mini supplying a traditional three-pin plug style adaptor. This sees a full charge achieved in 12 hours, or overnight for most, while installing a 7.4kW wallbox sees that figure plummet to just three hours. Head for a faster 50kW DC rapid charger and you can brim the batteries in 36 minutes, which is a lengthy break but certainly not long enough to put drivers off attempting those longer road trips.

There’s a lot to like about the Mini Electric and it is proof that you can have bags of character without an internal combustion engine. The Honda e might be a recent and equally funky rival, but the Mini packs similarly excellent EV technology with the added reassurance of a much-loved badge and iconic design.

It remains small and not overtly practical, while the larger batteries have forced engineers to introduce even stiffer suspension, but for most it will serve as a perfectly peppy city car that spends the majority of its life darting around town. And in that sense, it’s a triumph.