The Polestar 1 feels a little at odds with the renaissance architecture and overtly elaborate decorative chintz of Florence’s Villa Cora. Its clean lines, pristine white paint job and overtly Swedish design influences attract attention away from the gold leaf and twinkling diamond-clad chandeliers that can be seen through the many large window apertures.

We are told this is a deliberate ploy, because Polestar is a new car brand that not only wants to shake-up the electric car market, but also approach the whole business of manufacturing, selling and customer aftercare with a fresh outlook. A Polestar 1 and Villa Cora are a juxtaposition that the many branded PRs and engineers on hand are clearly very proud of.

But the company has proven it isn’t all mouth and no trousers by committing to produce electric vehicles as of next year, with its Tesla 3-rivalling Polestar 2 due for release sometime in 2020 and a larger SUV to follow. So why is its first model, the aptly-named Polestar 1, a plug-in hybrid? 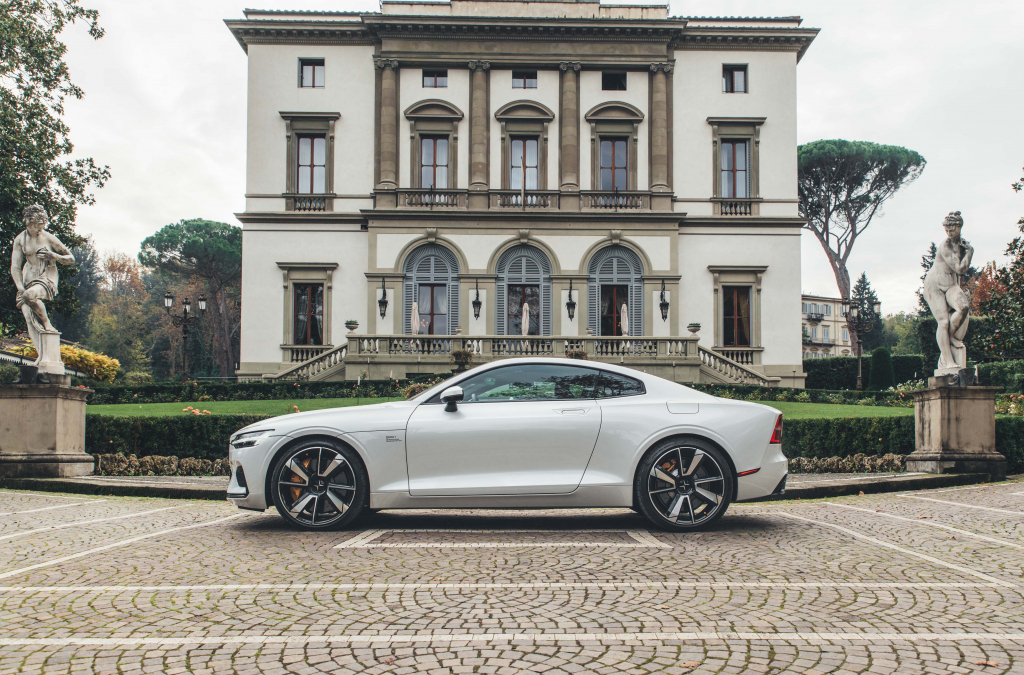 It’s a great question and one that many of the small team close to the 1 struggle to answer harmoniously. The current relevance of plug-in hybrids, a buoyant market, a lack of time (this is a car fast-tracked through development in just a couple of years) and limited budgets are all genuine responses, but the most common thread is that the team wanted to make a statement. And boy, it has made a statement.

“The most impressive thing is its current lack of direct rivals”

The impact of the Polestar 1’s styling is difficult to register at first. This isn’t a car that shouts about its presence but somehow manages to stop a large percentage of onlookers in their tracks out of sheer inquisitiveness.

It is elegant, understated and yet somehow also manages to look absolutely menacing and packed with attitude at the same time. If the sole purpose was to separate this from any Volvo saloon sibling, the team has succeeded, but it goes way beyond that. To these eyes at least, it is one of the most beautiful luxury GTs money can buy and looks like nothing else currently on sale. 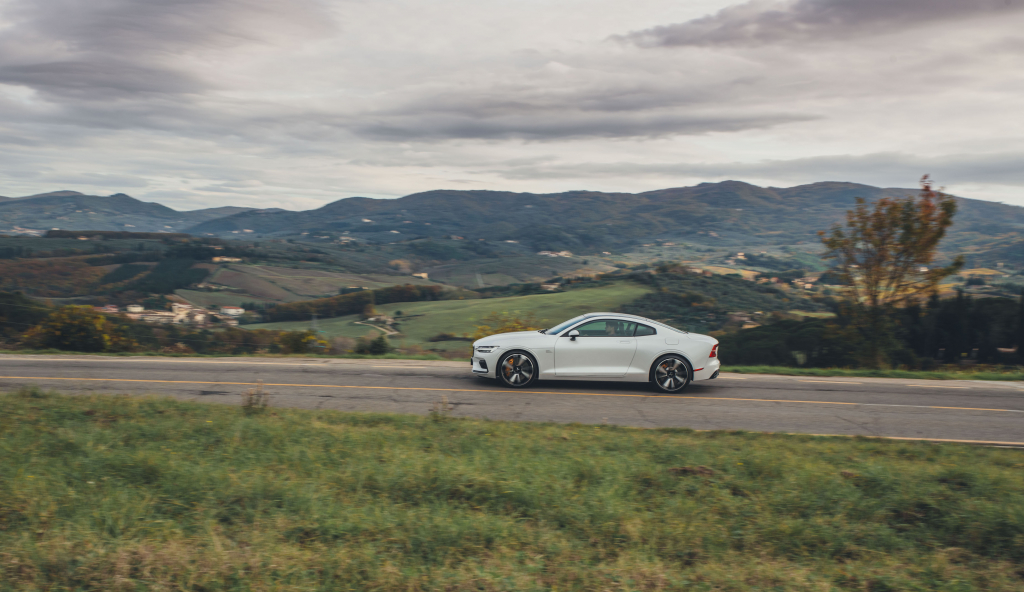 The widespread use of carbon fibre reinforced polymer (CFRP) for most of the body work has not only helped to reduce overall weight, but also meant the designers enjoyed free rein when it came to penning the shapes of panels and the creases they sport. Unlike some other manufacturers (ahem, BMW), they have remained relatively restrained and the side profile of this vehicle is simplicity incarnate.

“So why is its first model, the aptly-named Polestar 1, a plug-in hybrid?”

Frameless door mirrors add a sense of lightness, the front and rear light signatures are distinctive, while the whopping 21-inch alloys do a great job of filling those subtly flared wheel arches. It is a magnificent thing to behold.

Inside is slightly less impressive, but it still a lovely place to sit. This is a car that will continue to visually excite long after the initial ‘new car’ buzz has died down. For example, scan the expansive glass roof and you’ll notice a small illuminated Polestar logo has been graceful embedded. This too is fashioned from carbon fibre and is beyond cool. 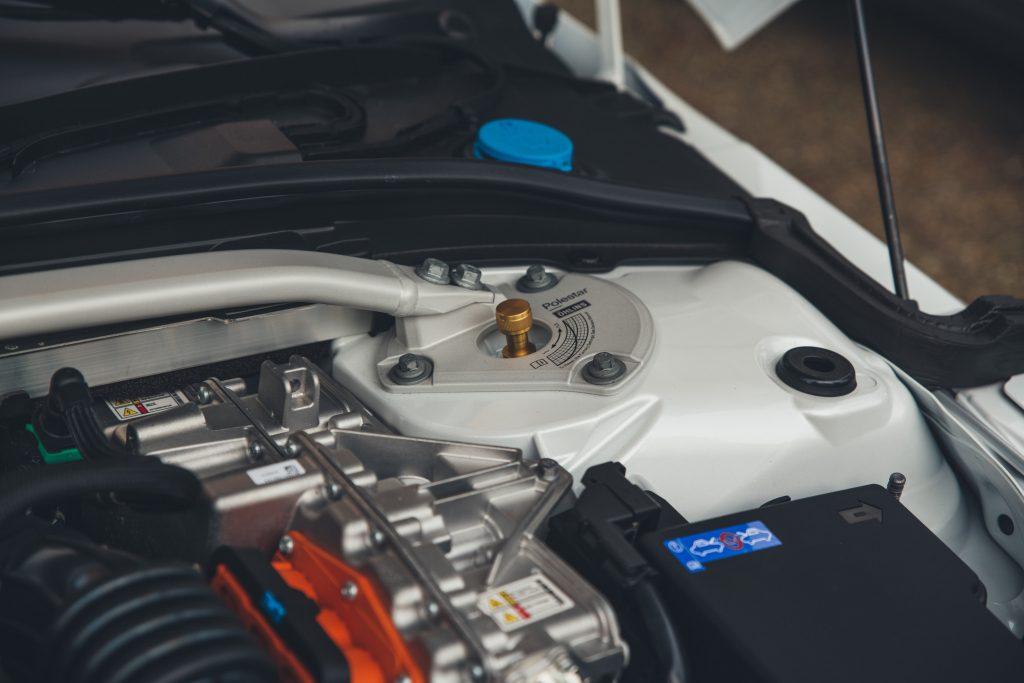 It is a riveting drive, too, and this is down to the powertrain, which consists of trick double electric rear axle motors, which generate 232hp and 354lb ft of torque, plus a 2.0-litre turbocharged and supercharged petrol engine at the front that adds 309hp and 321 lb ft. There’s also a clever (but also hefty) crank-integrated starter generator that sits between the crankshaft and the combustion engine to act as a starter motor and deliver another 68hp when needed.

All of this is channeled through a clever torque vectoring system, which sees each rear wheel receive its own electric motor and planetary gear that allows the outer wheel to be accelerated through corners for improved stability and grip. You can see how the pounds were piled on.

“Out on the open road, this car immediately feels planted and purposeful”

Propping up all of this is a suspension system from Öhlins, and the keen of eye will notice that it’s manually adjustable, allowing the driver to park up and individually set the damping with the twist of a few surprisingly analogue dial. Forget your electro-mechanical wizardry, this is proper old school stuff that requires sleeves to be rolled up. Slightly pointless but utterly brilliant at the same time. 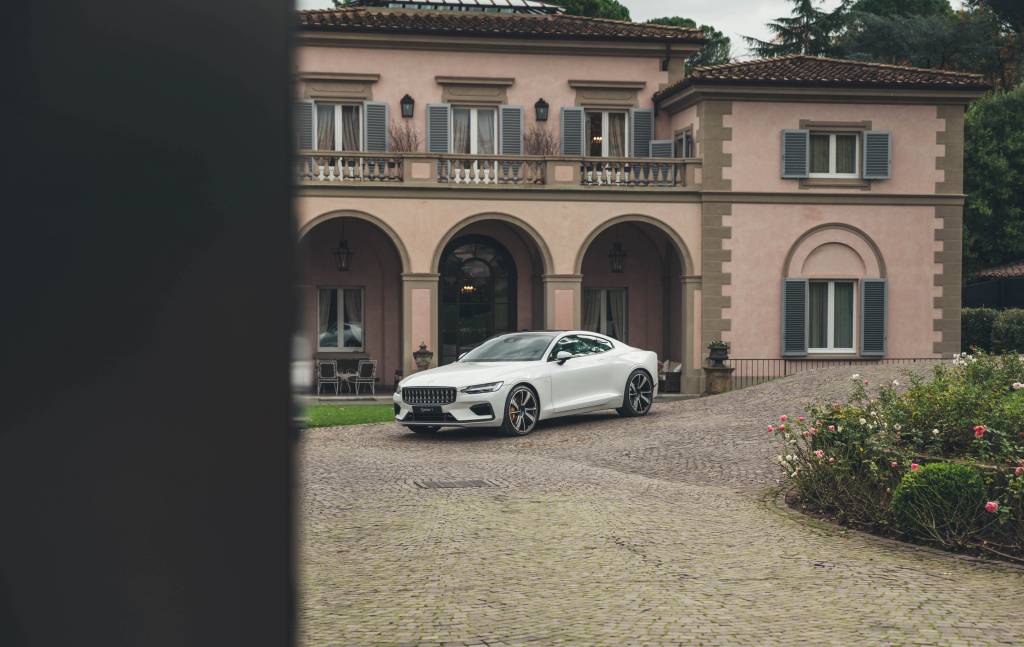 To be frank, it feels a bit at odds with the rest of the package, seeing as the myriad wires and electrical gubbins that power this innovative drivetrain are proudly displayed in a perspex case in the boot for all to see. But it transforms what might be conceived as a hot Volvo to something completely original.

Out on the open road, this car immediately feels planted and purposeful, remaining gloriously flat round corners without crashing over every crack in the road like some hardcore sports car rivals. After all, this is designed to be a luxury GT, but it does a very good job of acting like a thoroughbred when really pushed.

Attack a corner with gusto, the clever hybrid system juggling power from the 2.0-litre turbocharged engine and the twin rear electric motors, and the huge section tyres on 21-inch rims seem to glue themselves to the tarmac below. A clever torque vectoring system, which sees each rear wheel receive its own electric motor and planetary gear that allows the outer wheel to be accelerated through corners for improved stability and grip, does most of the hard work for you and catapults the car through bends at a shocking pace. 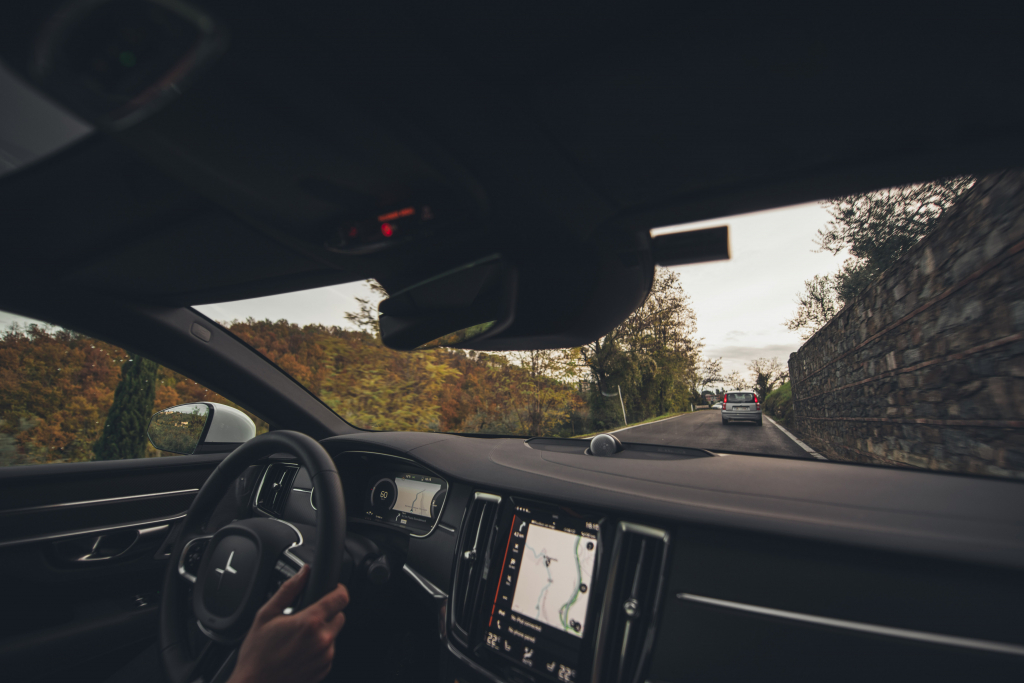 The experience won’t have adrenaline spiked like a more aggressive sports car, because the level of grip saps a lot of the ‘fun’ out of cornering, but it is mind-alteringly fast. Pin the throttle and Polestar 1 hits you deep in the gut. It’s just as addictive as accelerating in an all-electric vehicle, with the added bonus that the puff doesn’t suddenly run out at the top end like some rivals.

Like most modern day hybrids, the Polestar 1 can happily juggle between internal combustion engine and electric motor, but this machine can cruise at 100mph and travel for 78-miles without troubling the gasoline reserves. Those figures better any plug-in hybrid currently on sale.

There is also the option of allowing the gasoline engine to act as a generator to brim batteries or adjusting the level of regenerative braking, so anyone thinking of eking out maximum miles from the tank have plenty of tools available. The official fuel economy figure is 403mpg on the strict WLTP cycle and although you won’t reach anywhere near that on any lengthy journey, it is easy to see how an average like that could be reached if the owner is disciplined, charges the batteries every night and refuses the temptation to top 100mph. 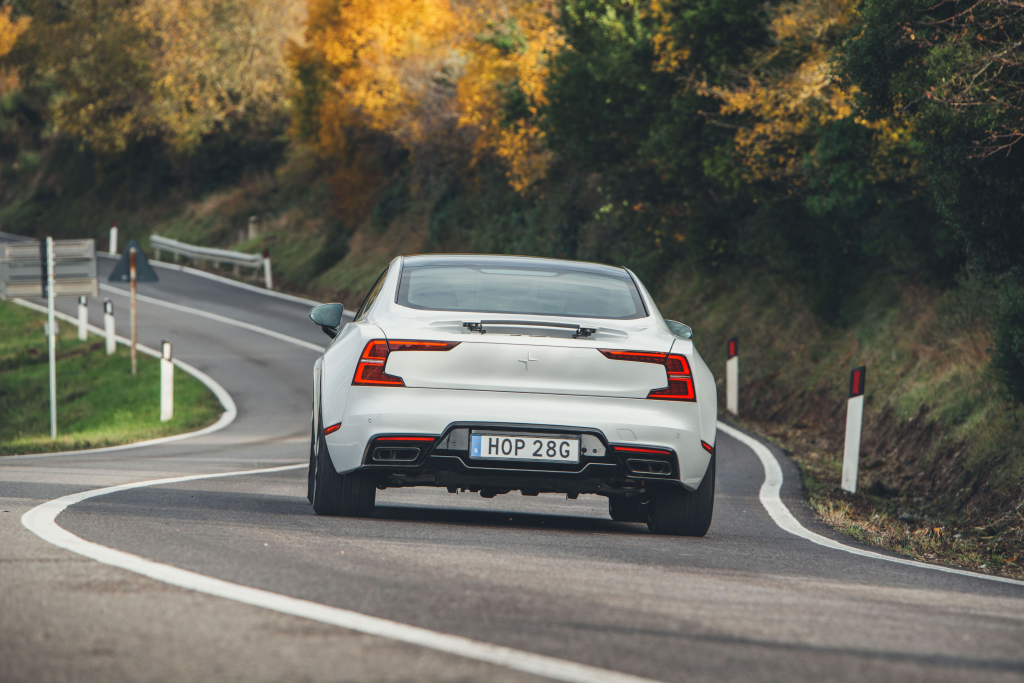 Just don’t expect family and friends to be bowled over by the experience, because the rear seats are really only good enough for diminutive adults or small children and the majority of the boot is taken up with the wires and gubbins required to make a hybrid like this work.

But perhaps the most impressive thing is its current lack of direct rivals. Tesla’s Model S, BMW’s 8 Series, GTs from the Mercedes-AMG stable and even models from Aston Martin have been cited as contenders, but they are all very different. The fact of the matter is, the Polestar 1 currently sits in a fascinating league of its own and that’s all the more reason to love it.

The Polestar 1 is undeniably a curious machine, because only 1500 will ever be made and the company that manufactures it has vowed to never make a hybrid quite like it again. But this is also the reason it is so beguiling. This will be a car the people talk about long after the initial buzz has died down and one that will, perhaps, adopt a bit of a cult following. 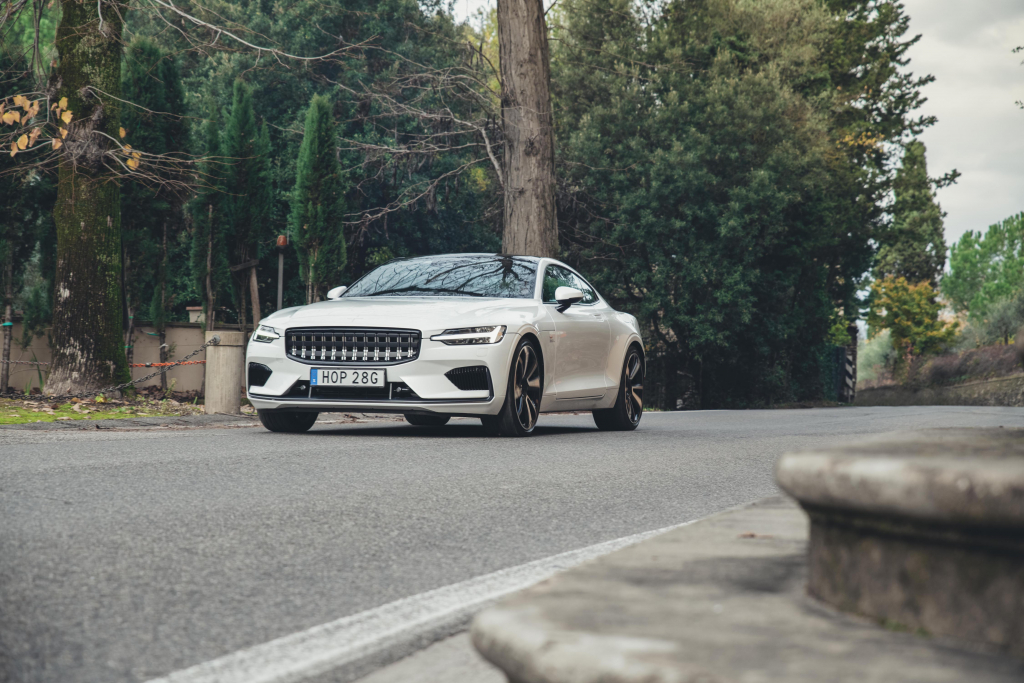 Undeniably a halo model, Polestar isn’t going to struggle to shift the 1500 units it plans to produce. But with such an excellent hybrid set-up, convincing customers to go all-electric might be a slightly trickier task. 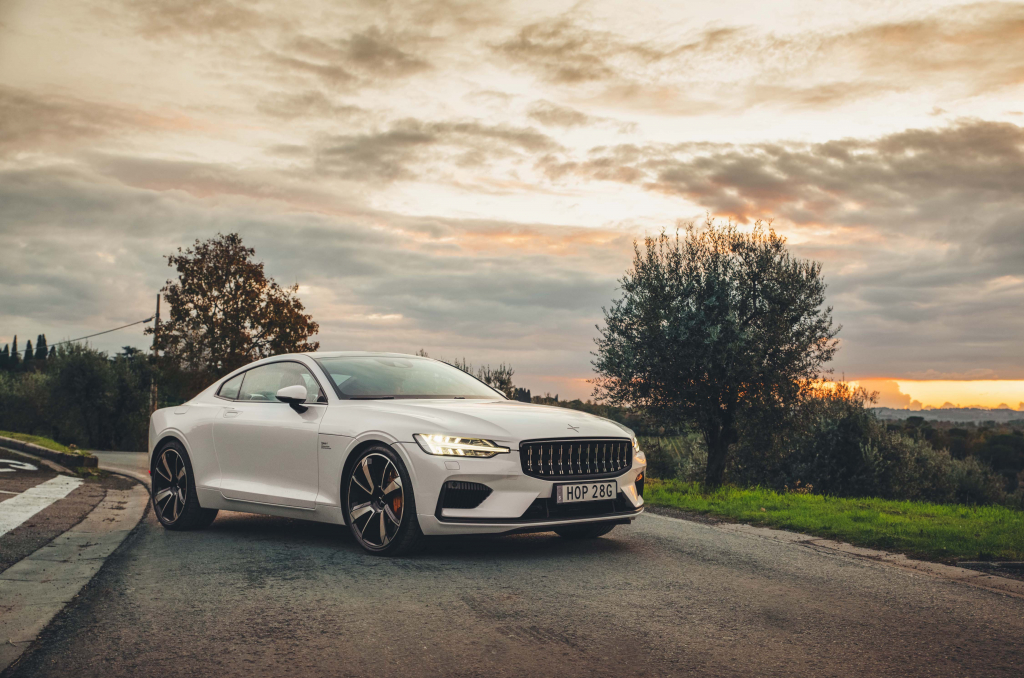