It is utterly amazing just how few people know what a Polestar is. It’s easy for me to get all judgemental and preachy, because I live in a bizarre world where automotive news is ingested over breakfast and I pretty much go to sleep pondering the benefits of a spark controlled compression ignition engine. For most normal folk, Polestar is just the fancy name given to the brightest star in the sky or some kind of dancing competition held inside a seedy club.

How do I know this? Because almost everyone I spoke to during the week I guarded the keys for Polestar’s first electric vehicle – the aptly named Polestar 2- asked me whether it was the latest Tesla. “It’s a Tesla, innit?” was the usual opening gambit, quickly followed by some head scratching and “so, what is it then?” 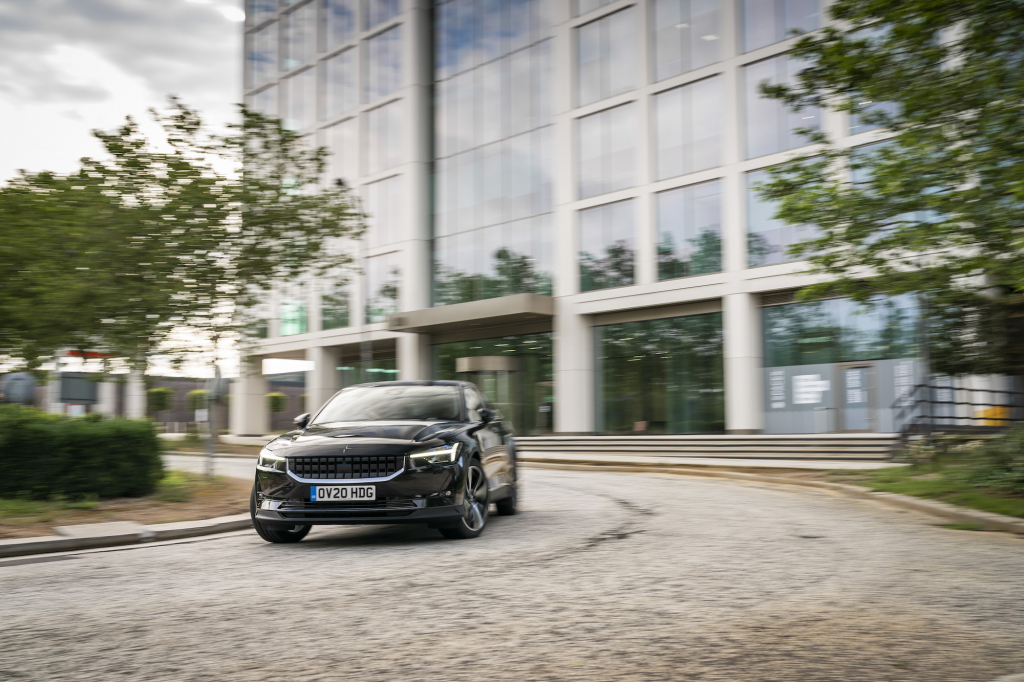 This could be down to the fact that Polestar does things a bit differently. The millennial-friendly sibling of Volvo has already announced its divorce from automotive convention, refusing to dabble with traditional showrooms (Polestar refers to them as ‘Spaces’), old school methods of ownership (think mobile phone-esque contracts, rather than PCP deals) and favours sleek, social media campaigns and guerrilla marketing tactics over shouty billboard adverts.

“Above all else, the Polestar 2 doesn’t feel like a compromise”

The result is an ice-cool Swedish brand that makes young kids on electric scooters screech to a halt to have a closer look, but also a brand that perhaps alienates a large swathe of the car-buying public. And that’s a shame, because the Polestar 2 is very, very good. 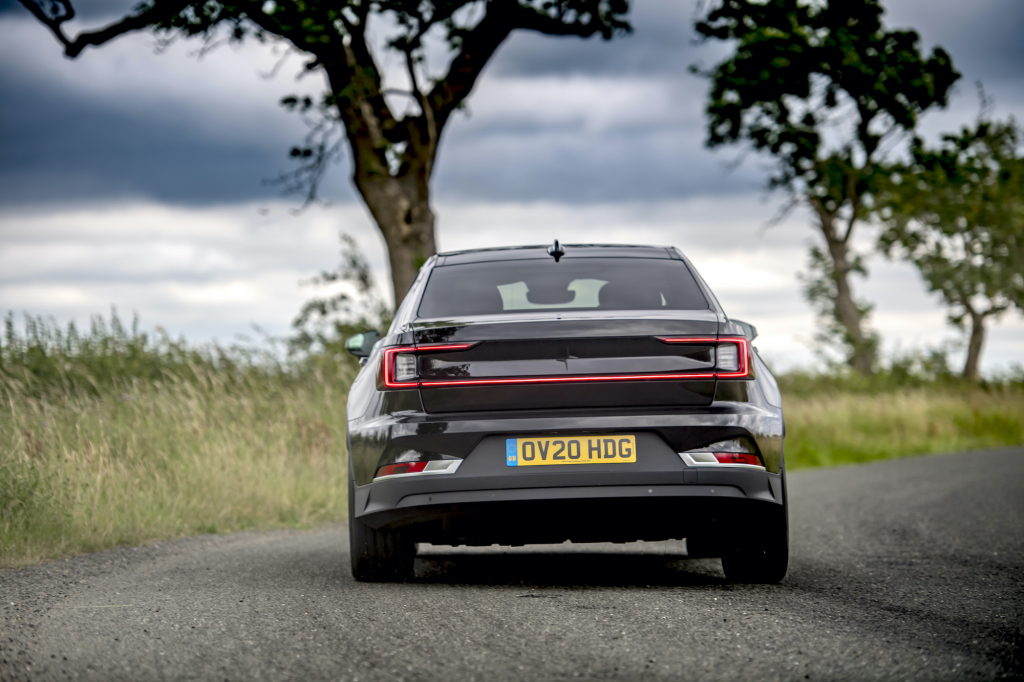 Aimed squarely at the current Tesla Model 3, arguably one of the best and most affordable electric cars out there, the Polestar 2 rides on Volvo’s Compact Modular Architecture platform and features dual electric motors that power the front and rear axle. These suck juice from 78kWh batteries that are made up of 27 individual modules.

Its a far cry from the sleek and stylish Polestar 1 plug-in hybrid, featuring much boxier proportions, like an angular fastback that has taken a little styling advice from a modern SUV. It works and doesn’t fail to turn heads but many would argue that it could have been a little easier on the eye. But then the Model 3 isn’t exactly a beauty queen and the Polestar 2 wouldn’t have been as practical or spacious if it boasted the curvaceous lines of its hybrid predecessor. 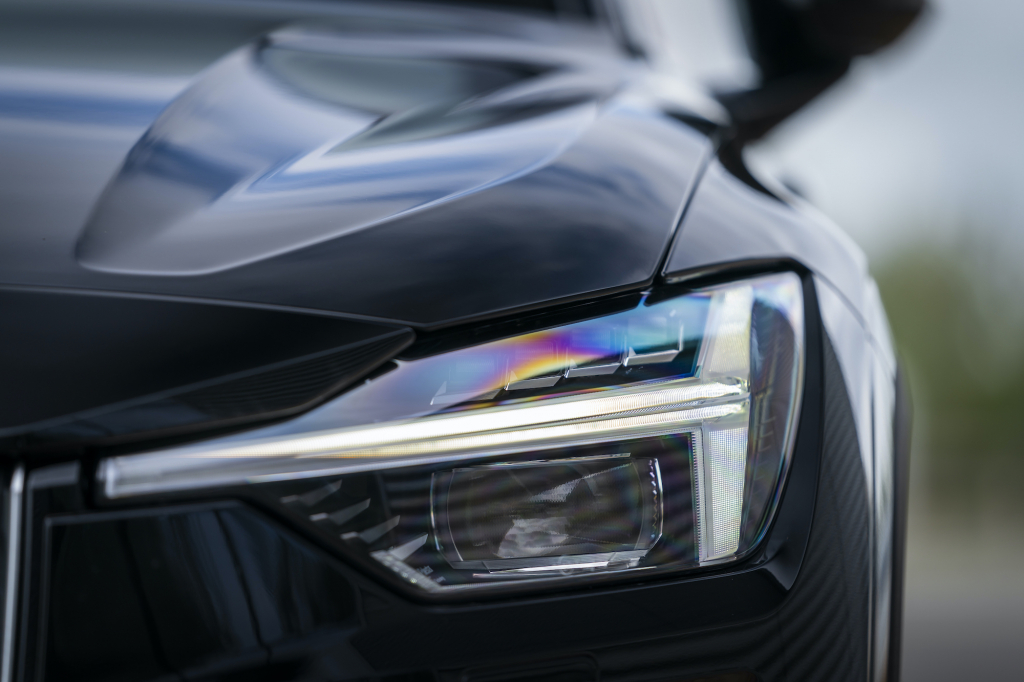 Prices start at £46,900 for this five-door fastback, which isn’t cheap, but the numbers are mind-bogglingly brilliant: expect a meaty 408hp on tap, a top speed of a very un-Volvo 127mph, an emissions-free electric range of 292-miles and a staggering 660Nm of torque. Electric cars are generally quick but those torque figures beat a Ferrari 458 in a game of torsional force Top Trumps. The 0-62mph sprint takes just 4.7 seconds but it feels much quicker to 30mph, which is what really counts around town.

“This Polestar’s interior is a lovely place to be”

Better still, it drives and handles sweetly. The Volvo-designed underpinnings keep things flat and in check around tight corners, while the fancy adjustable Ohlins dampers fitted to this model remove any whiff of body roll. The steering is quick and can be made even quicker by selecting a ‘Sport’ mode from the stylish tablet style infotainment system screen mounted to the dash, leaving a lingering sense that the Polestar 2 might actually enjoy some spirited driving – something the rival Tesla certainly can’t claim. 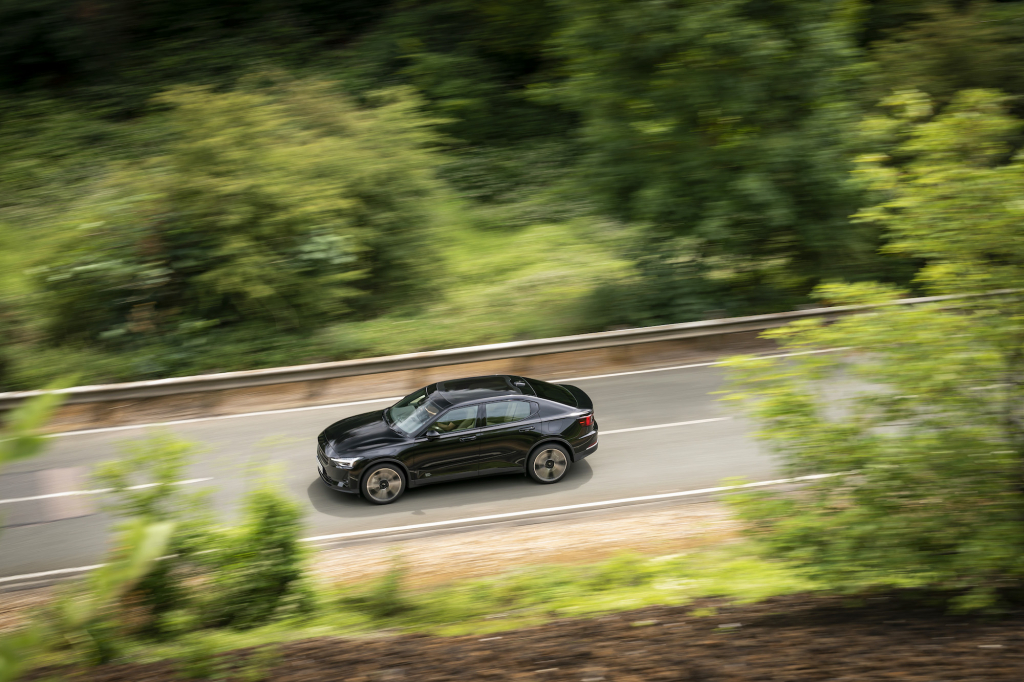 Ditch the slightly harsh dampers and resort to smaller alloys (monstrous 20-inch numbers came fitted to this Performance model) and it soaks up bumps and imperfections in the road extremely well. It is also incredibly quiet and comfortable at motorway speeds. This is a car that has clearly been developed under the guidance of a very talented and well-established automotive company. Again, something its closest rival can’t claim.

Polestar’s interior is a lovely place to be, too, with an extremely simple, classically Scandinavian approach to dash design and layout. The front seats are brilliantly bolted together and extremely comfortable, while the enormous glass roof lets plenty of light flood into the cabin. There’s also plenty of headroom for rear passengers and even the 364-litre boot is plenty big enough for most. You also get a 41-litre storage bin for charging cables and other gubbins underneath the bonnet, thanks to a lack of engine and other oily parts. 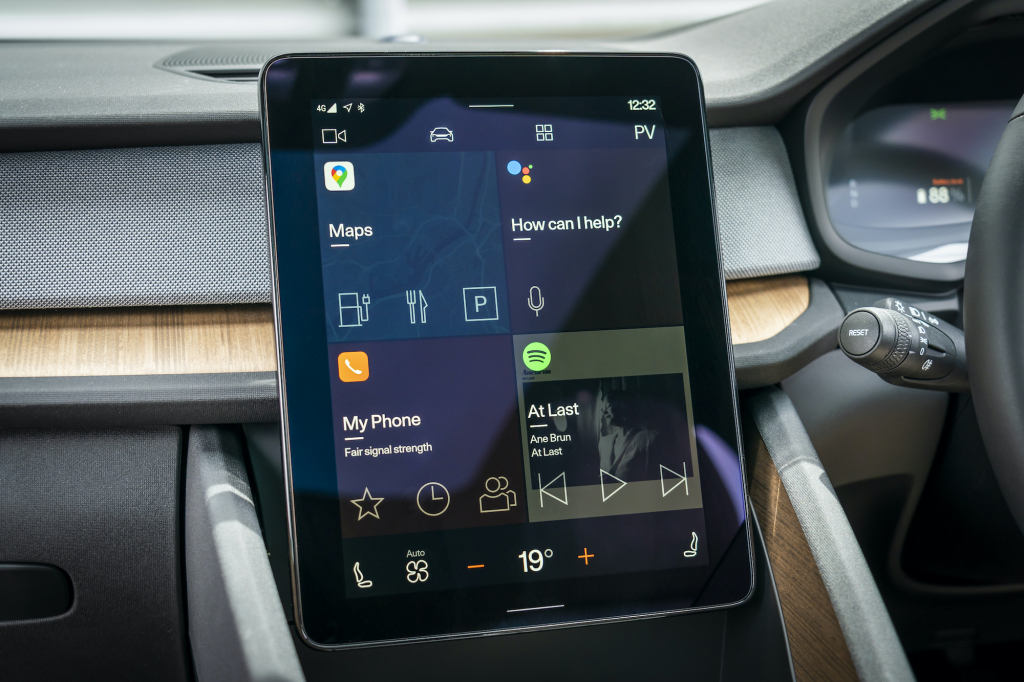 Most of the functionality is controlled via a large 11-inch tablet screen that majestically floats in the centre of the dash. In a world first, its operating system has been left to tech experts Google and now offers about the closest, app-based experience to your smartphone as it’s possible to get.

The system plays nicely with both Apple and Android phones, while most of its functionality can be controlled via natural speech with a “hey Google” voice command. Admittedly, Google occasionally gets it wrong, sometimes misunderstanding commands and irritatingly refusing to do things like tune to a favoured radio station, but this is work in progress and over-the-air updates will bring improvements over time. 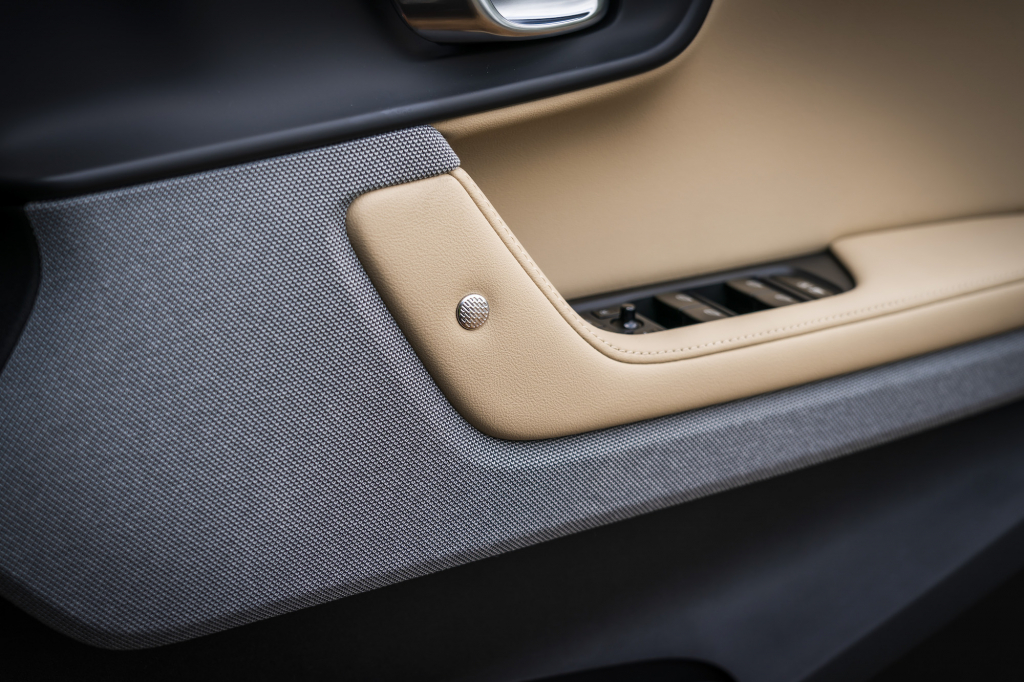 Perhaps more importantly, things like Sat Nav are taken care of by Google Maps, so it’s extremely easy to plot a route to a favoured coffee shop that offers oat milk flat whites or to the cheapest parking location in town. We are all so used to searching in this way on our smartphones, it makes other automotive manufacturer’s systems look clunky and outdated.

Some will argue that the interior borrows too much from Volvo (the fact the seatbelt buckles have ‘since 1959’ emblazoned across them is particularly irksome for pedants) and the plastic remote key fob is shockingly cheap feeling, but these disappointments can be forgiven. 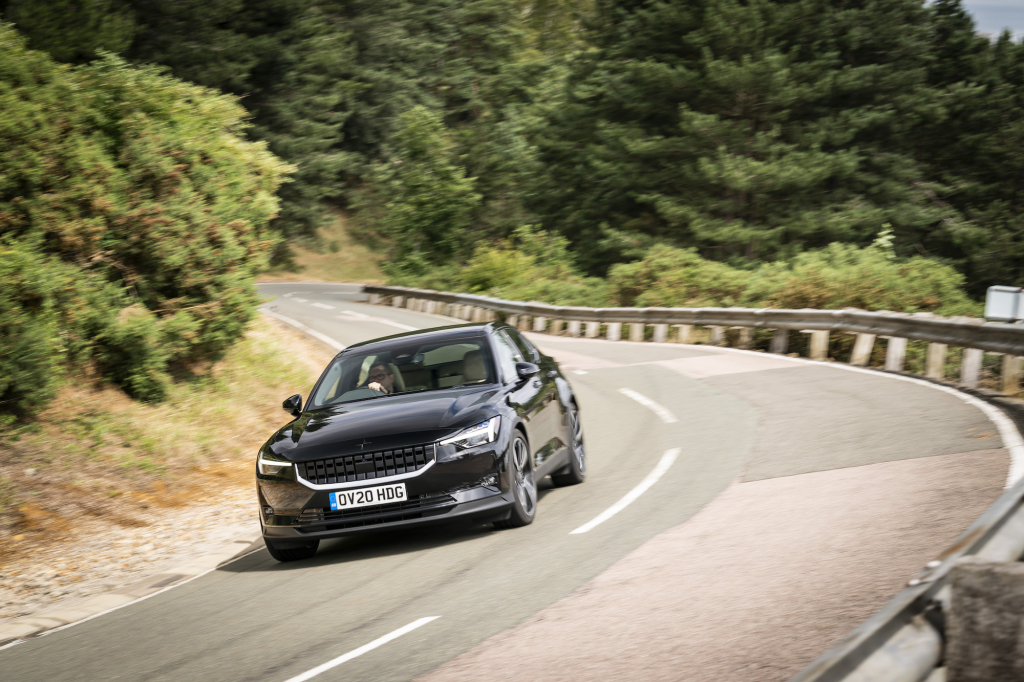 Above all else, the Polestar 2 doesn’t feel like a compromise. Its 292-mile range is deeply impressive and the fact it can manage a 20-80 per cent top-up in 60 mins from a 50kW outlet, or as little as 20 minutes via the less common 150kW public outlets, softens the issue of range anxiety considerably.

Yes, the Hyundai Kona Electric can offer a similar range for much less, but it feels very cheap by comparison. And yes, the Tesla Model 3 arguably does more for similar money, but it has far too many build quality issues and still doesn’t manage to cut it in terms of that premium, Scandinavian feel. 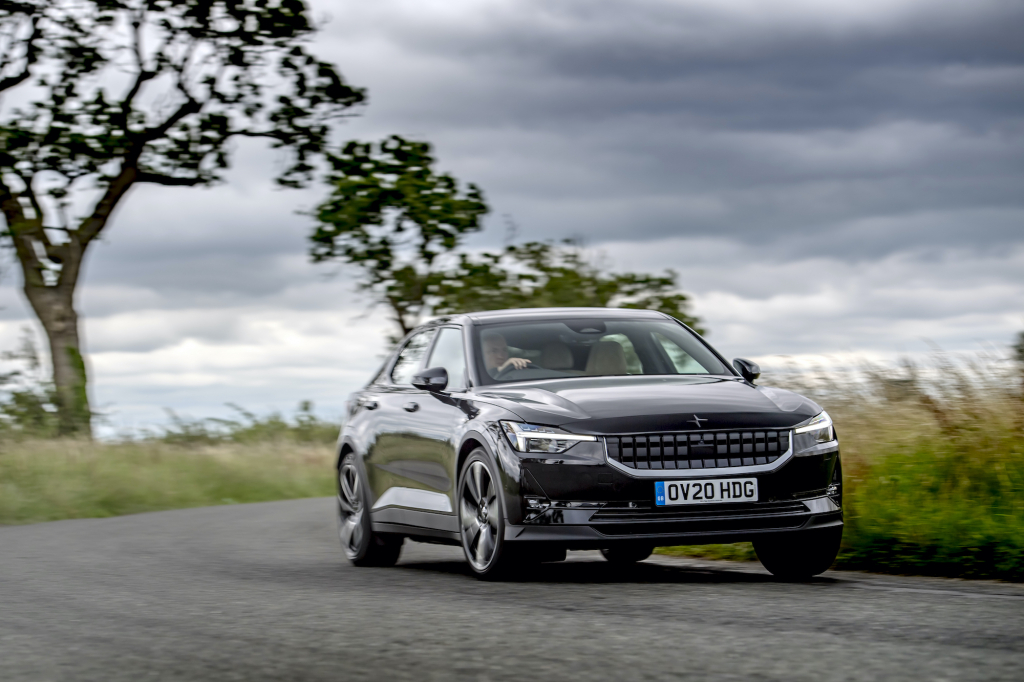 The Polestar 2 is a real triumph and if it can benefit from a public charging network as extensive as Tesla’s, it will be truly excellent and more people need to know this. Perhaps if Polestar’s CEO spouted more nonsense on Twitter, there would be less head scratching. 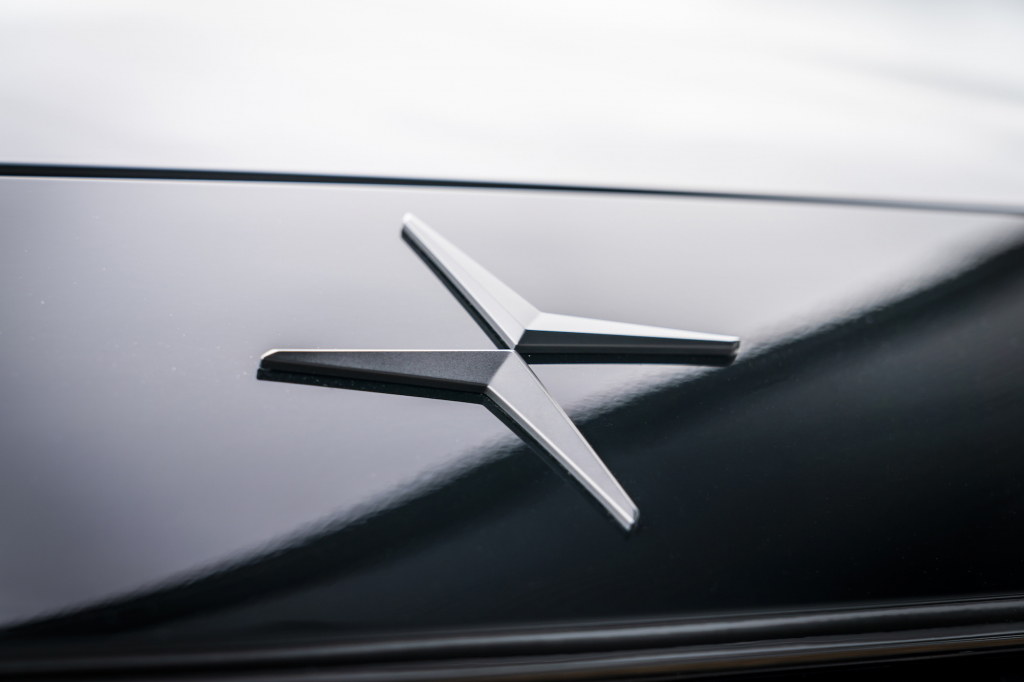