“Why review a car you can’t even buy?” It’s a good question. And, if you trawl the comments sections of the internet, one that has been asked underneath pretty much every Porsche 911 R review out there.

We’ll admit, if a review’s purpose is to influence buyers’ decisions, then analyzing a limited edition, sold-before-it-officially-went-on-sale sports car does seem rather superfluous. However, there is one very important reason why we should keep talking about the new Porsche 911 R…

This is one of a select bunch of modern cars that truly satisfies the desires of analogue driving enthusiasts and we need to keep shouting about it because, if we don’t, there may not be many more like it in the future. 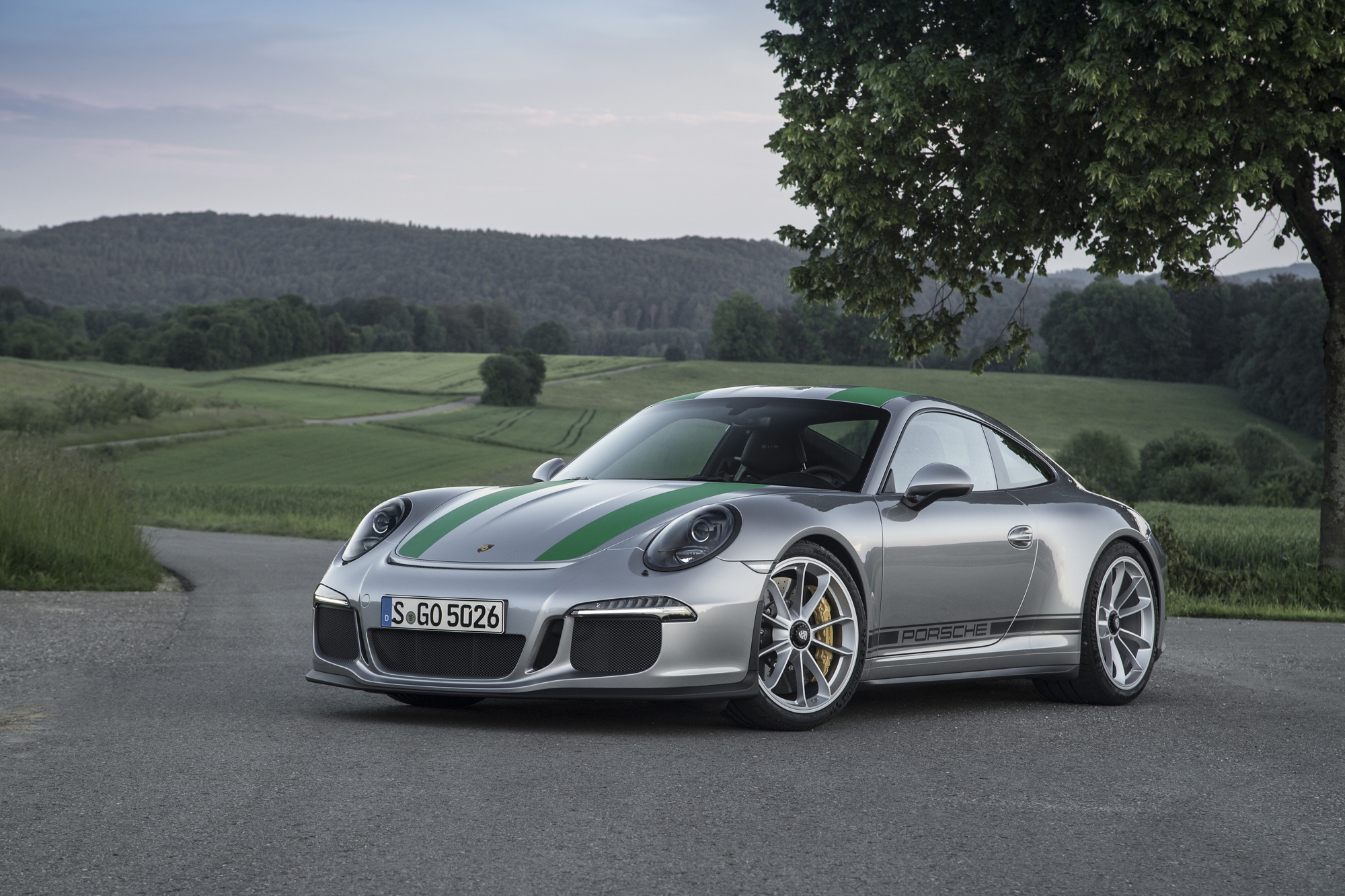 With the new 911 R, Porsche has jumped off the bandwagon and blazed its own trail (not for the first time). Sure, the 4.0-litre, naturally aspirated flat six engine (stolen from the latest GT3 RS track weapon) may be more than ample out on the open road but the ‘R’ isn’t a car enslaved to the pursuit of ever faster Nürburgring lap times.

Instead, it is tuned to provide pure driving perfection on your favourite stretch of back road (whether that happens to be through Germany’s Black Forest or the Scottish Highlands).

While effectively a 991 GT3 RS clothed in the GT3’s narrower body (and sans rear wing), the Porsche 911 R couldn’t feel more different to its track-bred stablemates and a lot of that comes down to the car’s chassis. 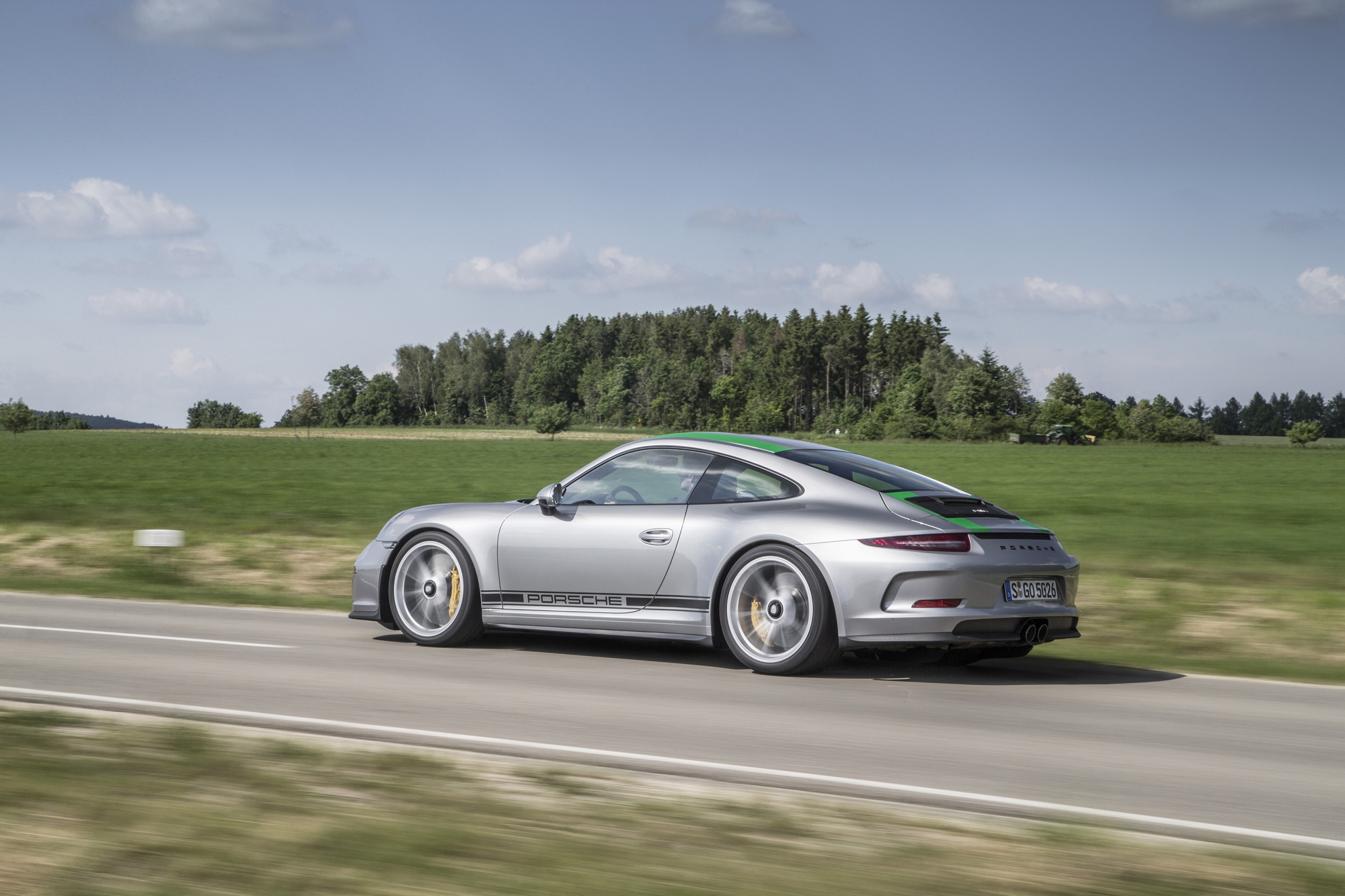 Porsche are the masters when it comes to suspension setup and, with the 911 R, what it has achieved is faultless on the open road.

The ‘R’ floats over imperfections where the GT3 RS would send a jarring shock through the roll cage-clad cockpit yet it remains beautifully pliable, providing so much feel back through the small, 360mm ‘GT Sport’ wheel that, while an awful motoring cliché, it really does feel like you and the car become one.

Okay, the electric steering still isn’t as good as hydraulic systems of old but we’d wager that 99 per cent of drivers would barely notice. It certainly doesn’t diminish from the fact that this is the most classic feeling water-cooled 911 Porsche has ever made.

“With a stubby, immaculately formed, carbon fibre-clad lever, it’s an utter joy to be back working all three pedals”

Without the aerodynamic grip provided by the GT3’s imposing rear wing, it’s not hard to have fun in the new Porsche 911 R at legal speeds either. Of course, with 500hp from the snarling powerplant on offer, it’s easy to find yourself into three-figure territory, but a lot of the 911 R’s appeal comes on a twisting stretch of tarmac.

Here, Porsche’s ‘R’ comes alive, as you are forced to balance a car with more power than grip, all while carefully slotting each cog swap with the beautifully weighted manual gearbox.

Oh yeah. Did we mention that? Not only does the Porsche 911 R (pared down to be the lightest 911 currently in production) come with a chassis most at home on winding blacktop, Porsche decided that, to truly satisfy the desires of driving enthusiasts, it would fit a bespoke six-speed manual transmission. 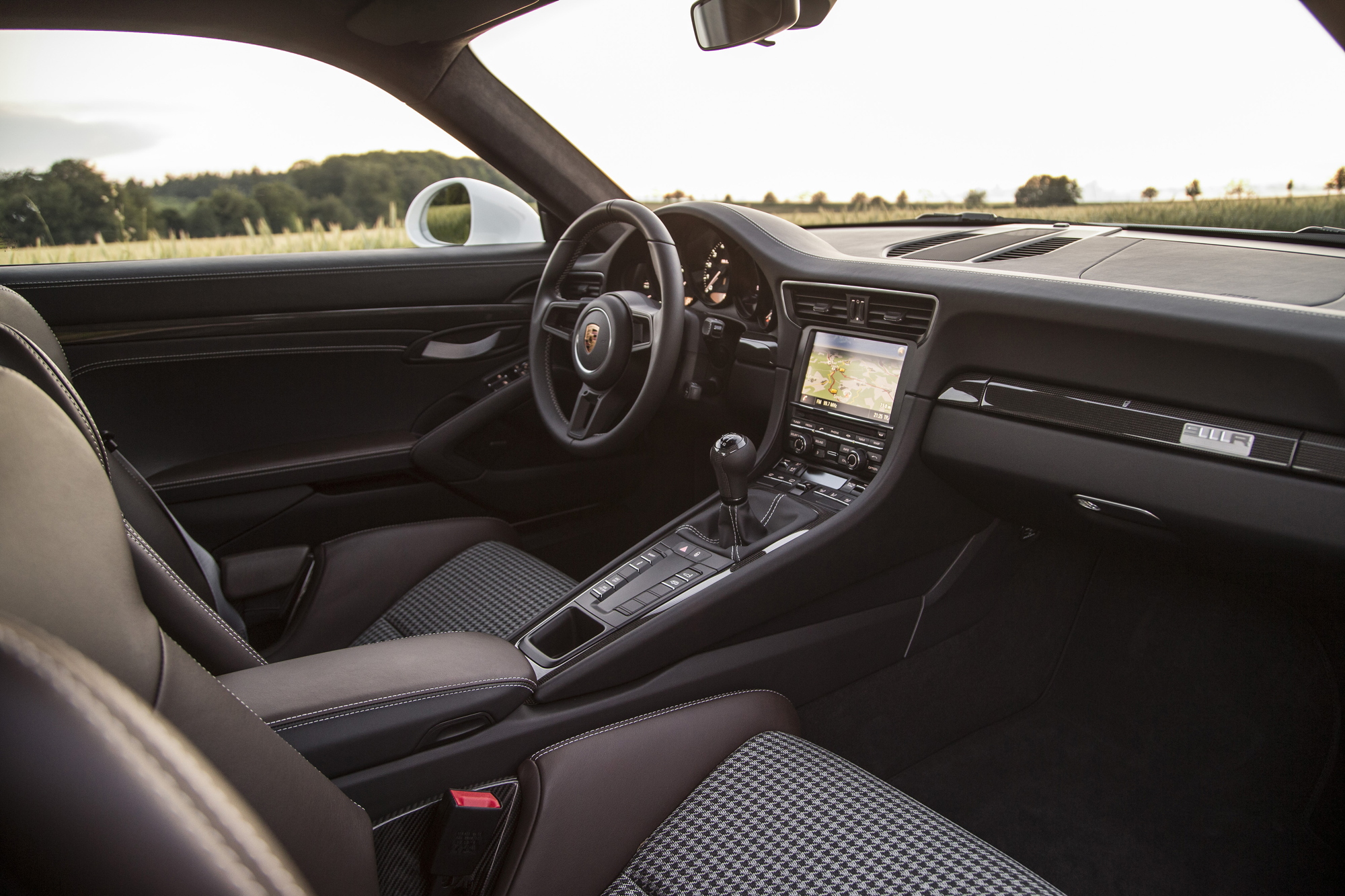 It may not be quite as slick as the equally enthralling Porsche Cayman GT4’s shifter (we’re splitting hairs here, by the way) but, with a stubby, immaculately formed, carbon fibre-clad lever, it’s an utter joy to be back working all three pedals in a proper Porsche 911 fettled by Andreas Prenuninger’s esteemed Weissach squad.

Inside, the interior is typical Porsche. Immaculately presented and excellently constructed. What’s more, there are some neat retro touches, like the houndstooth seat inserts and the green-numbered dials, providing a nod to the original 911R (a super lightweight 1960s racer).

Encased in the optional carbon-back 918 Spyder seats, it’s an evocative environment from which to watch to the world whizz passed the side windows, soundtracked by that outrageously vocal GT3 RS motor. 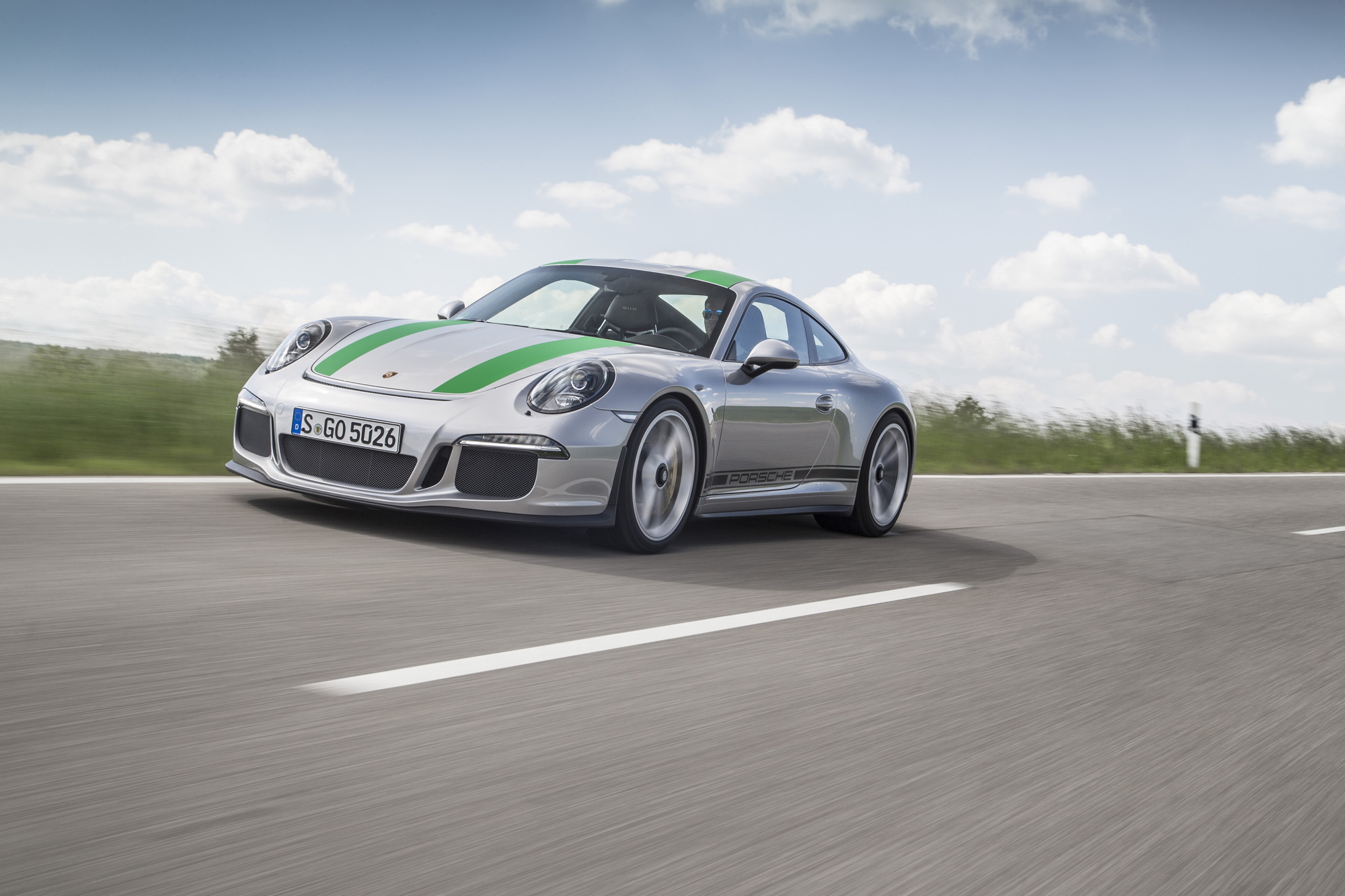 Of course, there is no point ignoring the elephant in the room: availability. The Porsche 911 R, infamously, sold out well before it was officially launched, leaving a number of disappointed potential customers.

But, by making the 911 R limited edition, Porsche also managed to make it a halo car (and not because it was the fastest or the most outrageous looking). It’s the counter culture poster boy and, in a world of automation and digitization, that is remarkable.

It gives us hope that the future will continue to yield more cars like the 911 R. For this, we should be thankful. Very thankful. 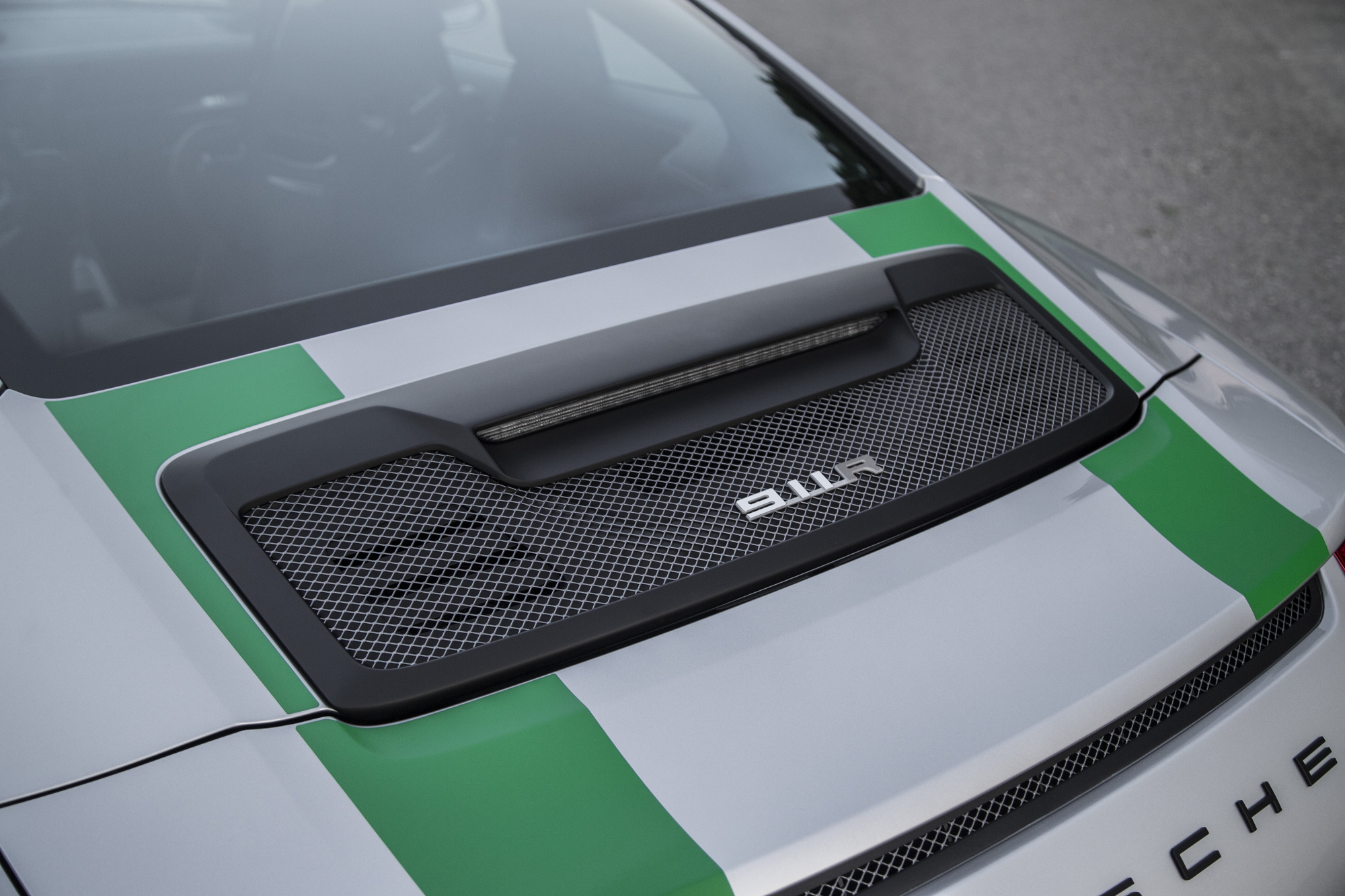