It is easy to spot the current trend for slightly retro, scrambler-style motorcycles that is currently dominating the 125cc market. Where sportsbike replicas or souped-up scooters were once the plat du jour, seemingly every CBT-holding youngster now wants to look like The Great Escape’s Steve McQueen during the morning commute – albeit without the fence-jumping stuff.

Thankfully, there are a number of outfits that will now supply you a suitable machine: Mutt Motorcycles is one such company that we profiled many moons ago, when the firm had just a handful of learner-legal models on the books but is now seemingly in every city around the world. Brixton, Herald and even Italy’s slightly weirdly-named SWM, which stands for Sweet Working Motor, will sell you a knobbly-tyred, fat-bar street scrambler for under £4,000. 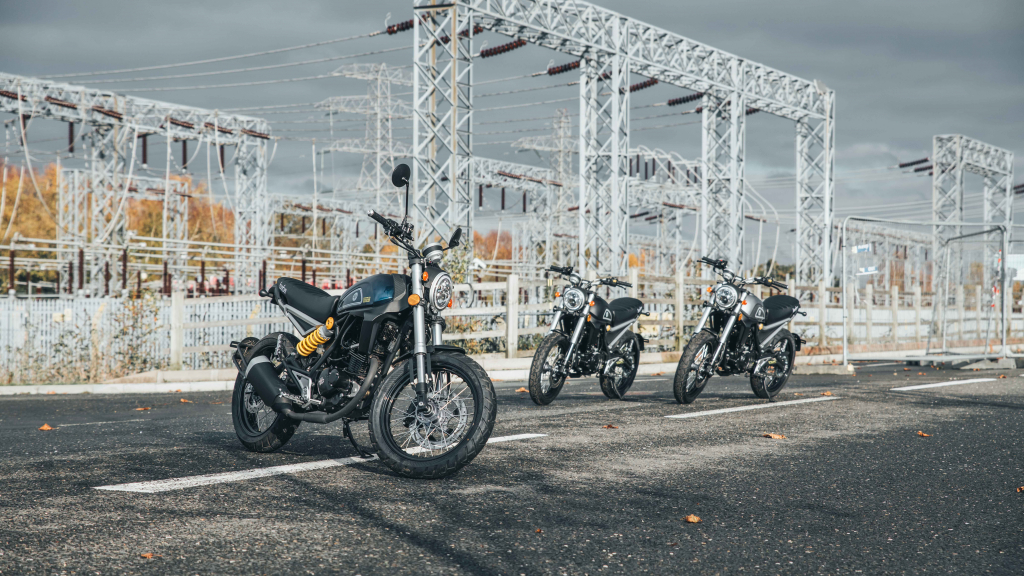 AJS Motorcycles, a long-established name in the British motorcycle scene, is another such manufacturer and its cool heritage range of Tempest Scramblers and Clubman cafe racers is now joined by a boxfresh model in the form of the Isaba 125 – a bike that takes inspiration from modern scramblers but injects a healthy dose of urban styling. Its four-stroke, OHC, air-cooled, single cylinder engine is one that can be found powering numerous bikes in this category, but it is tried and tested, built to withstand the rigours of everyday use.

Boasting a single, nitrogen-filled and diagonally-mounted rear shock, upside-down front forks, a tapered leather-effect seat, bold LED headlamp and shorty-style exhaust muffler, the Isaba 125 feels like a much bigger bike in the flesh, while a handful of modern colour schemes (blue, grey and matte black) means there is plenty of choice at dealer level to ensure a little individuality. Granted, the likes of Mutt will offer lots more customisation options off the bat, but they are a good deal more expensive, and what’s more fun than adding a few bits yourself in a shed? This bike is primed for a bit of tinkering. 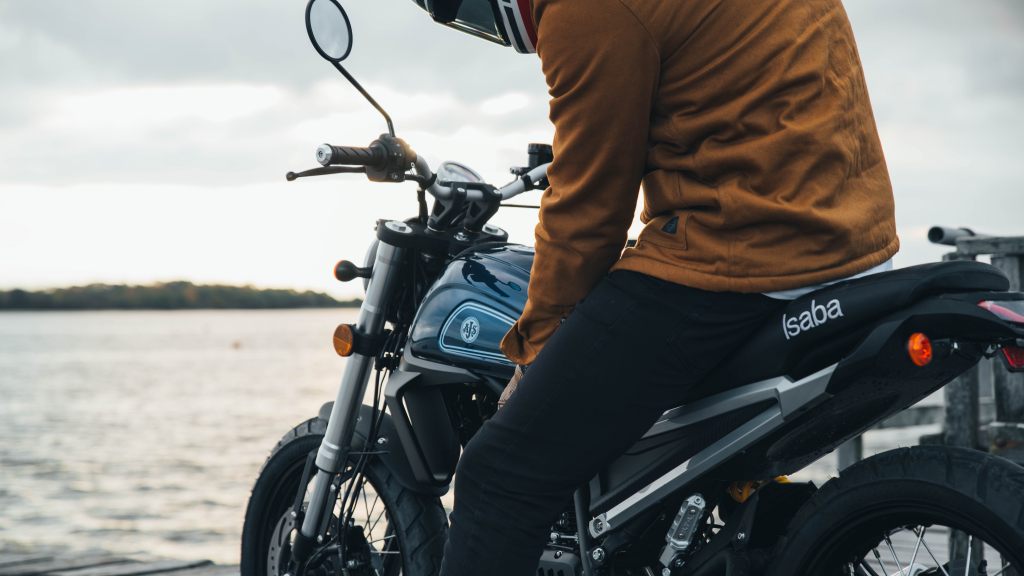 Hop on the machine and it fires up with ease via an electrical starter system, the little 125cc engine revving into life with a pleasingly bassy tone. The exhaust note is never going to trouble a screaming Akropovic system mated to a meaty four-cylinder engine, but it’s perfectly well-pitched for such a small bike. The seating and bars also feel nicely positioned and the 136kg unladen mass make it a doddle to manoeuvre around car parks, even if your legs are on the short side.

The clutch is light and easy to operate, while throttle response is good. This is a bike that needs to be compared to its key rivals and in this respect, it feels lighter and slightly nippier around town than other bikes in this market, even if it isn’t the fastest thing on the road. 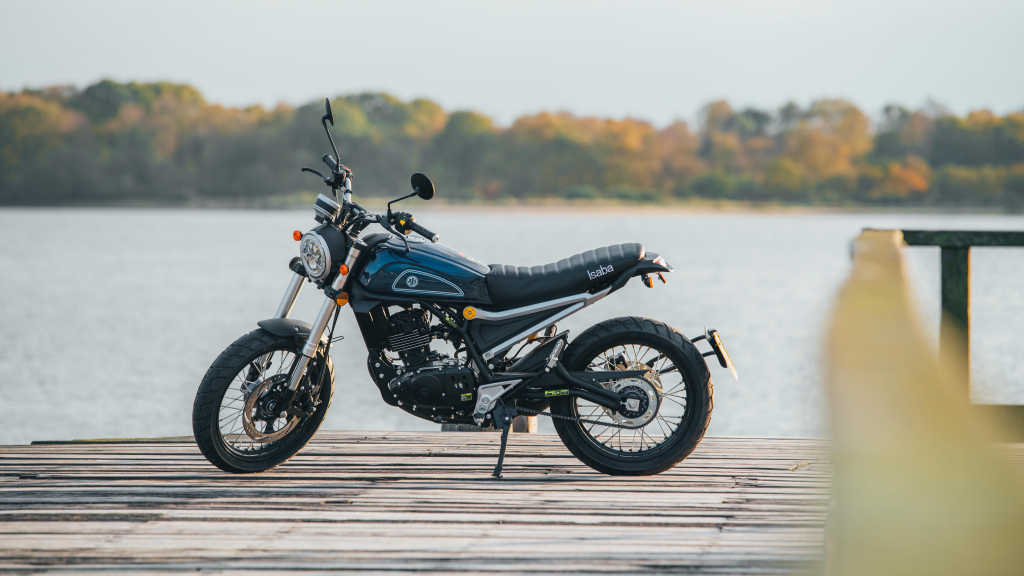 We’ve spent a lot of time with the guys at AJS Motorcycles, including joining the team on an epic Saturday Scramble, which saw a number of owners put their Tempest Scramblers through their paces. We were a little shocked and surprised at just how hard these machines were ridden. There were skids, slips and spills all over the place, while many decided to wade through bogs that were at least thigh deep, but all of the machines came out of the other side largely unscathed… and certainly still running.

With a sticker price of just £2,459, the AJS Isaba 125 feels like a lot of little bike for the money. The fact it looks modern but with just enough retro to ensure it looks cool on the mean streets is the cherry on top. 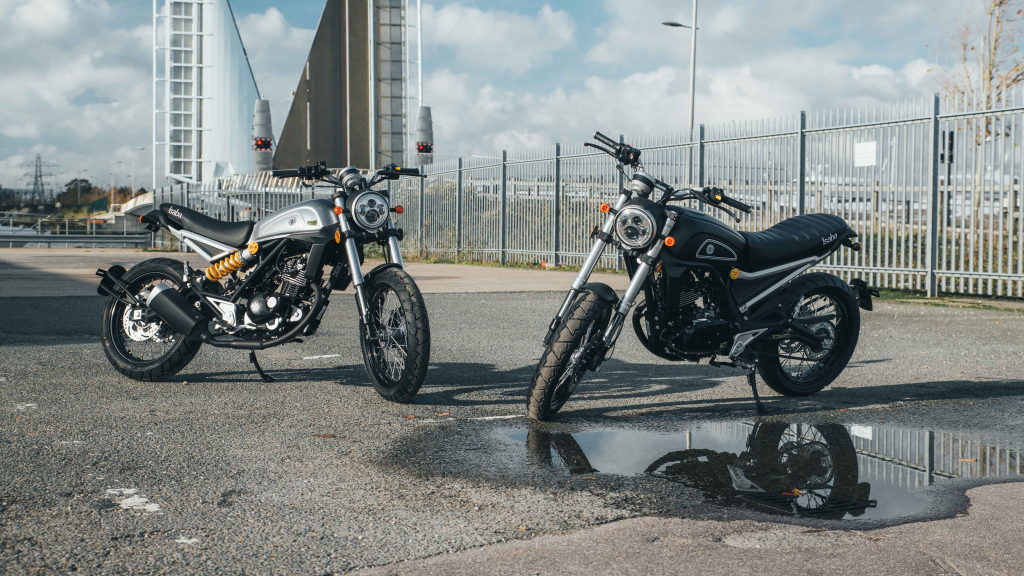