Triumph has cottoned on to the fact that looking backwards is the only way to look forwards, as its burgeoning range of Modern Classics now consists of a heady nine individual models. This retro inspired line-up spans everything from the bulky Speedmaster cruiser, to the stripped-back Bobber, via a couple of Scramblers and numerous iterations of the marque’s bloodline Bonneville.

Previously, those wanting a bit of Moto GP-inspired performance in a throwback package would have looked towards the Thruxton – its cafe racer styling and punchy 1200 engine ensured it could handle itself on the twisties, while eschewing the plastic bodywork and angular styling of its sports bike rivals.

However, the Thruxton wasn’t perfect. Its seat and riding position made any journeys over the 50-mile mark bum-numbingly painful, while its general heft meant it felt a little lethargic compared to skinny, more powerful sports machines. 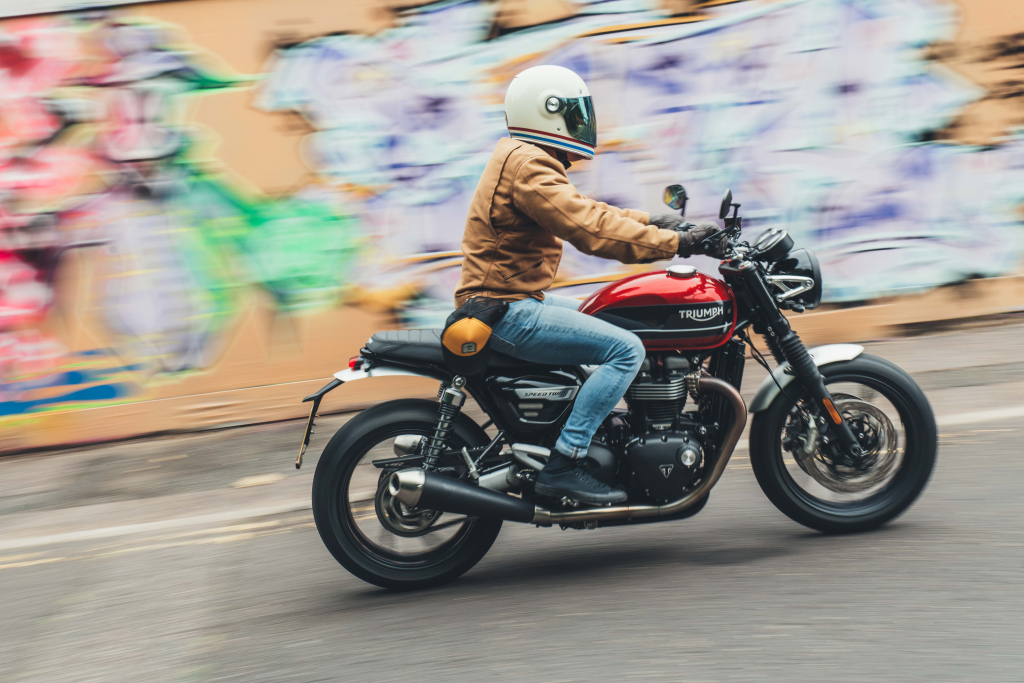 The Speed Twin is designed to take the best bits of the Thruxton and inject it with some of the everyday usability the rest of the Modern Classics range is famed for. Sticking with its High Torque 1200cc parallel twin, Triumph has ensured the performance remains, but a thorough rework sees it shed weight and offer the rider more get-up-and-go compared to the Bonneville T120 and Street Twin models.

The Speed Twin is not an intimidating bike. In fact, its 807mm flat (ish) seat height and gently swept back bars make it very easy to get comfortable on. The foot pegs are far lower and further forward than those on the Thruxton, so the riding position is more upright, but it stills offers a good centre of gravity in order to flick the machine in and out of tight bends.

Better still, the slightly more commanding position makes it far easier to cruise around town, where we’d bet good money most of these stylish rides end up spending the majority of their lives. There’s something very appealing about throwing a leg over the Speed Twin and pelting to a local cafe or bar. It’s very easy to manoeuvre but covers ground with surprising pace. 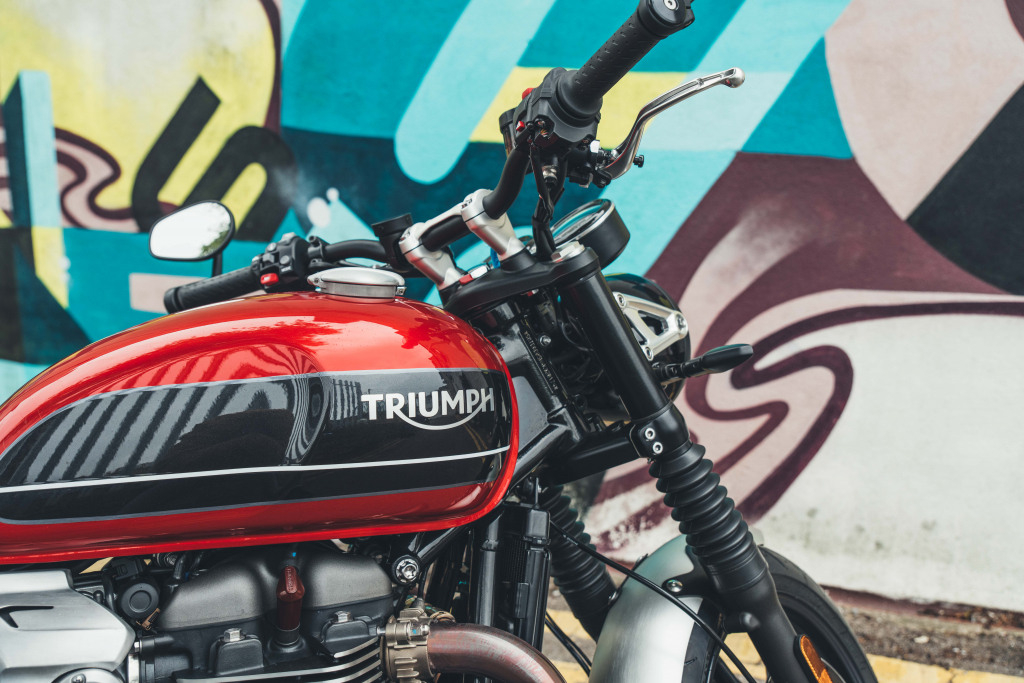 The lighter, more potent engine delivers loads of grunt and means the rider doesn’t have to juggle the gears quite as much as rivals in this class, but the throttle can be a bit on/off at lower speeds. We also found that blipping the throttle with the clutch pulled in (you know, to encourage motorists to make a bit of space) would upset the electronic fuelling and cause the engine to spontaneously cut out.

Still, it’s extremely easy to pilot around the busy city and this particular shoot took in all the worst bits of a town centre. But the Speed Twin really comes alive when you leave the urban sprawl behind and make a beeline for some cruise-worthy country roads.

The grippy Pirelli rubber and lightweight seven spoke rims make for an excellent pairing and this bike actively encourages corners be taken at greater angles. Plus, that punchy engine means you don’t have to be so hot on gear selection, allowing the glut of torque to pull you out of most situations. 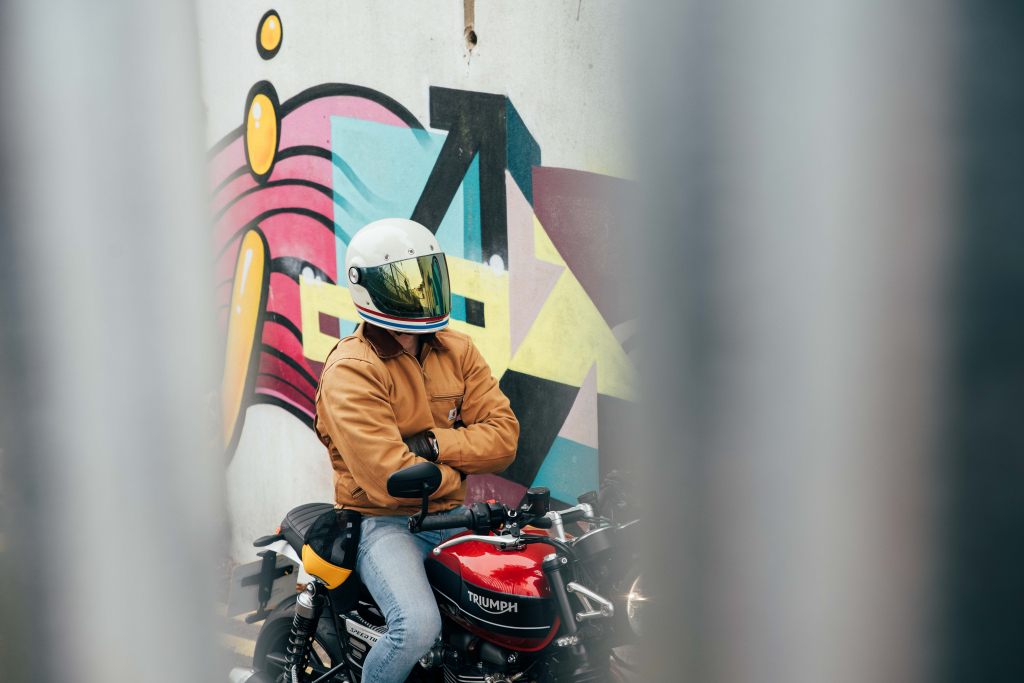 Triumph still, erm, triumphs in the styling department and it is so nice to see plenty of lightweight alloys and beautifully forged metals in this age of plastic everything. The mudguards, for example, feel like something an aftermarket fabricator would slave over to perfect, while the beautiful metal engine casings, solid foot pegs and intricate mesh detailing on the air intake covers are additional details that make it stand out from the crowd.

Customers get to choose between a standard Jet Black colour scheme and a slightly fancier two-tone tank offering, which costs an additional £300. The Silver Ice and Storm Grey is a particular favourite, but the deep paint job is excellent, regardless of the choice.

As always, the beautifully gruff engine note is hampered by the stock twin mufflers, which can easily be swapped out for something more attention seeking and aurally pleasing, while a large rear plate hanger could do with a little tidy up. 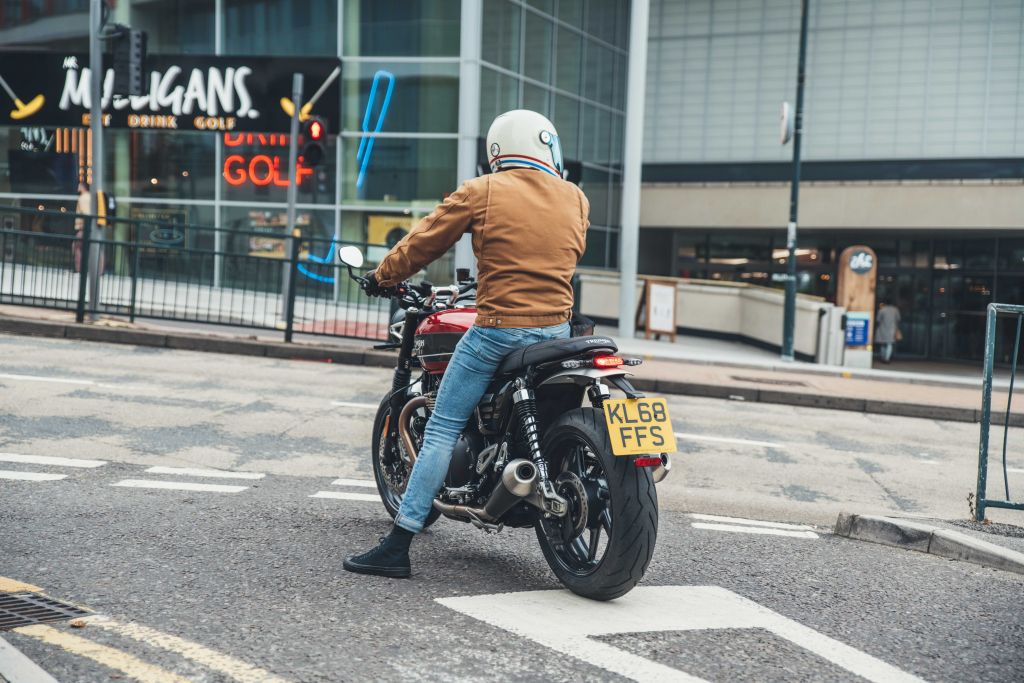 But that’s the beauty of this British marque – it understands its audience and offers plenty of dealer fitted optional extras that have the ability to transform and personalise each machine no end.

It’s not silly expensive either, as the £10,700 price tag puts it in the same ballpark as the most basic BMW R nineT Pure, Yamaha XSR900 and Honda CB1100 RS. While BMW does a good job of rivalling the build quality, its retro-futuristic machine isn’t as joyous to ride, nor as comfortable. The big Honda can’t quite match Triumph’s lightweight, flickable performance and the cheaper Yamaha lacks Triumph’s attention to detail. 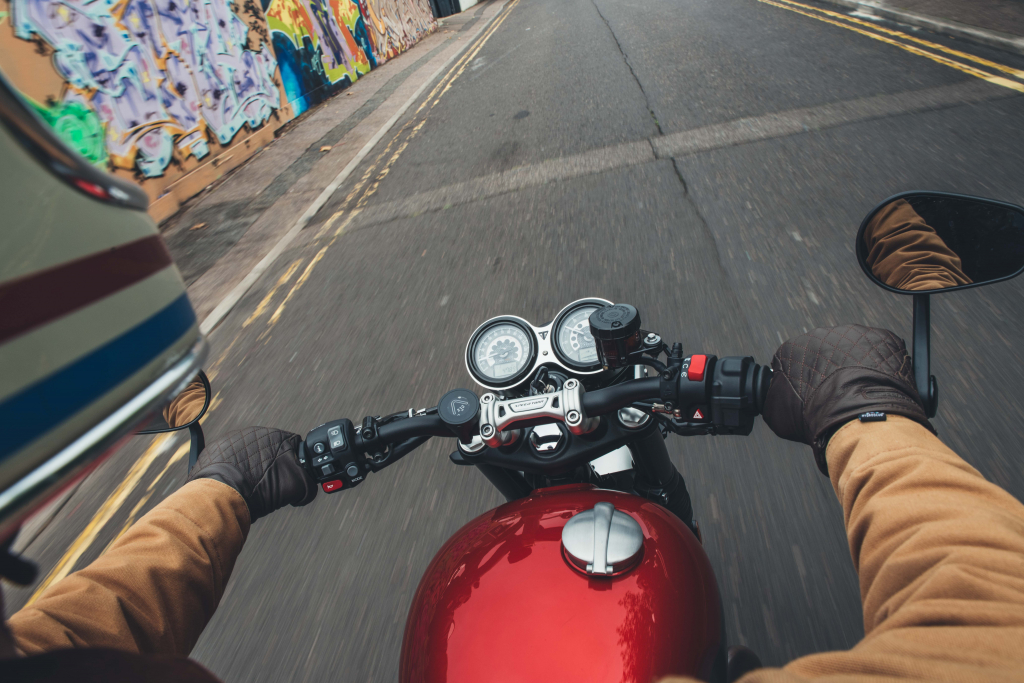 Proof, if it were needed, that Triumph is at the very top of its game when it comes to pairing stylish, retro looks with cutting-edge modern performance. 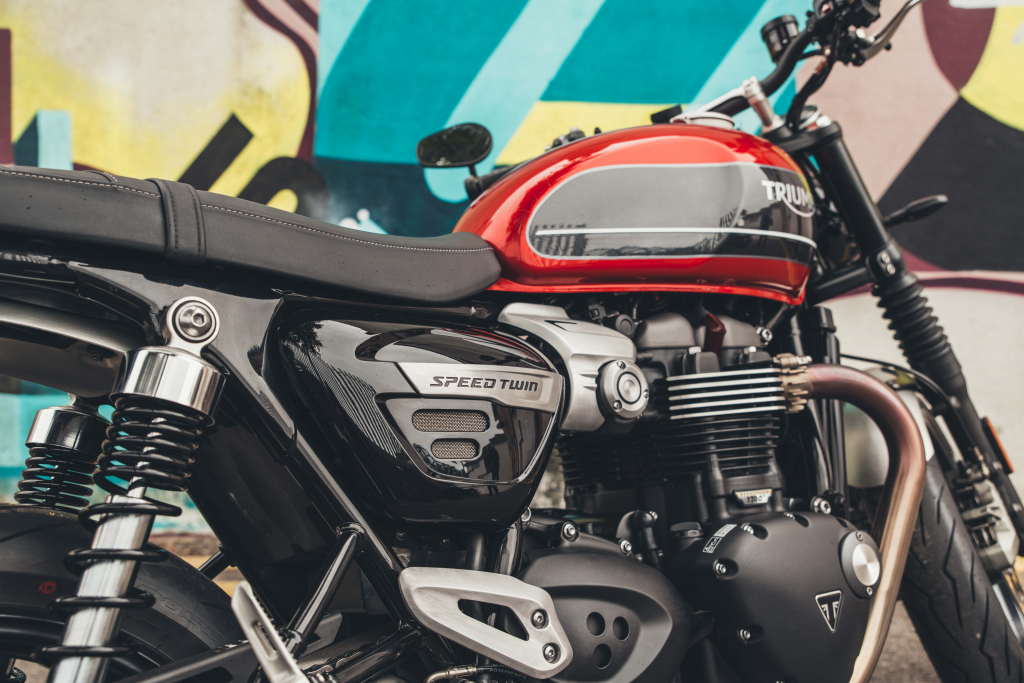